A Welsh immigrant named John Plumbe, Jr., who was one of the country’s first prominent professional photographers, took the daguerreotype in January 1846. 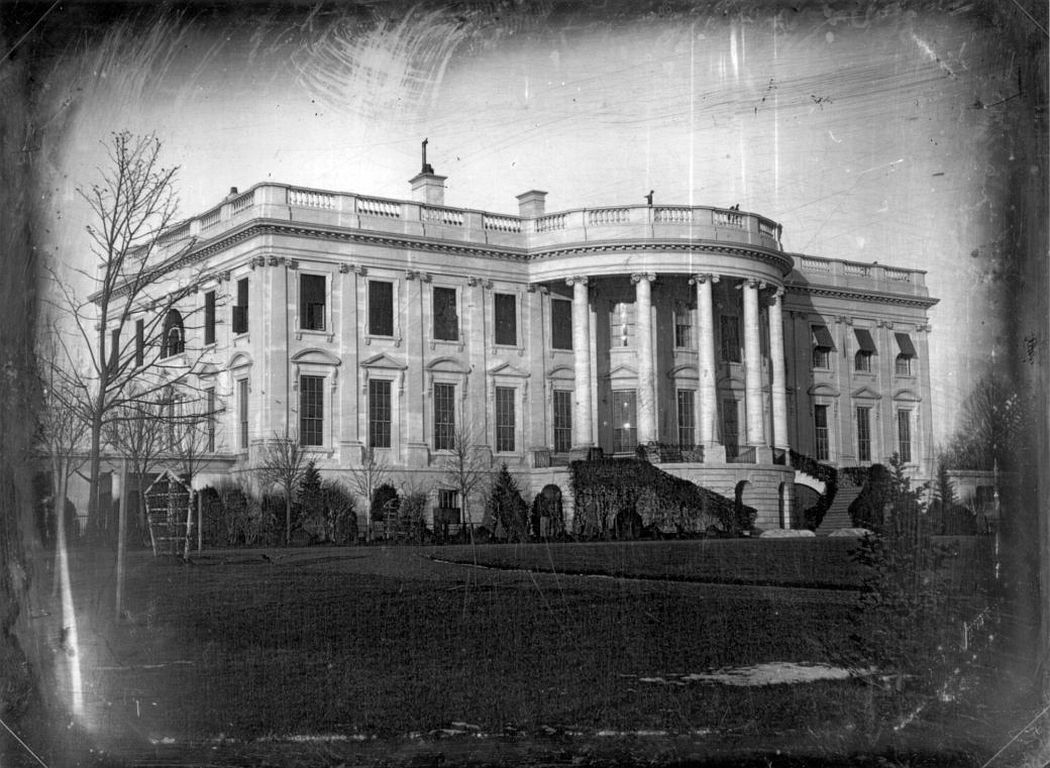 South view of the President’s House looking north and east: earliest known photograph of the White House, c. January 1846, President Polk’s first year in office. The cast of the shadows indicates that the photograph was taken in early morning light. Notice the barren trees, the patch of snow in the foreground and the piles of snow at the base of the staircase. (Image: John Plumbe, Jr./Library of Congress, via White House Historical Association)

The White House as it stands today is a very different building than when it was first constructed. While its essential features—the classically inspired columns, large, airy windows, and rooftop railings—have stayed the same, it has gone through all sorts of renovations since it was rebuilt after the War of 1812. Luckily, the reason historians still know what the president’s residence originally looked like is thanks to an 1846 photograph by a civil engineer, entrepreneurial photographer and immigrant named John Plumbe, Jr.

Plumbe was born and spent his early years in Wales, but immigrated to the United States with his parents in 1821. First landing in Pennsylvania, and later retiring in Dubuque, Iowa, Plumbe originally trained to become a civil engineer—and by all accounts was a good one, at that. He quickly found work out west surveying routes for new railroads and soon became one of the earliest advocates for building a transcontinental railroad to connect the country’s two coasts. But it was his work as a photographer that he is best known today.

Photography was in its infancy when Plumbe saw his first daguerreotype in 1840, but it inspired him to take it up himself. While waiting for the U.S. government to award him a commission to survey routes for a transcontinental railroad, Plumbe took up the art and became one of the first people to open a photography gallery. Starting in Boston, Plumbe opened branches in 13 other cities, including the first in Washington, D.C., in 1846, according to the Getty Museum, becoming one of the most well-known of the country’s early photographers.

The White House photograph isn’t Plumbe’s only image of the nation’s capital in 1846. That year he systematically journeyed around the city, capturing its official buildings with the new photographic technique. The Library of Congress — which has a collection of Plumbe’s daguerreotypes, including of the United States Capitol, the United States Patent Office, and the General Post Office — notes that the photographer opened his Washington, DC, studio the year before. On January 29, 1846, around the time of the White House picture, the United States Journal reported, “We are glad to learn that this artist is now engaged in taking views of all the public buildings which are executed in a style of elegance, that far surpasses any we have seen.” 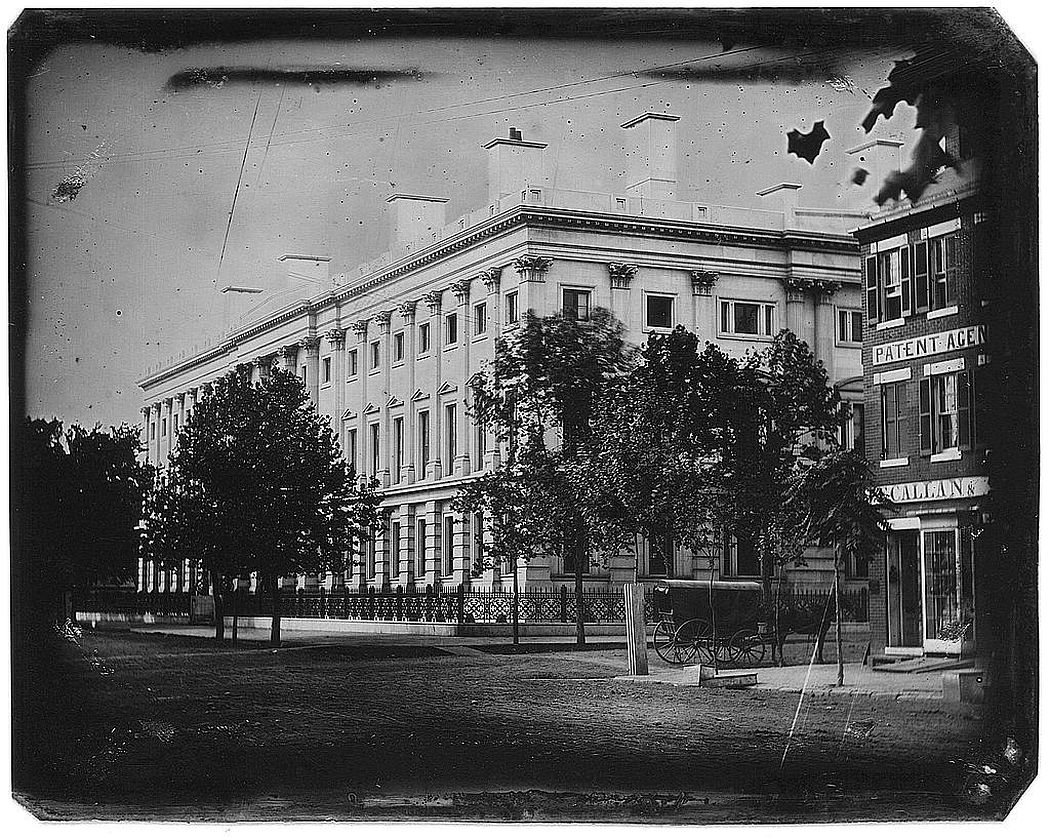 The General Post Office, photographed by John Plumbe, Jr., in 1846 (via Library of Congress) 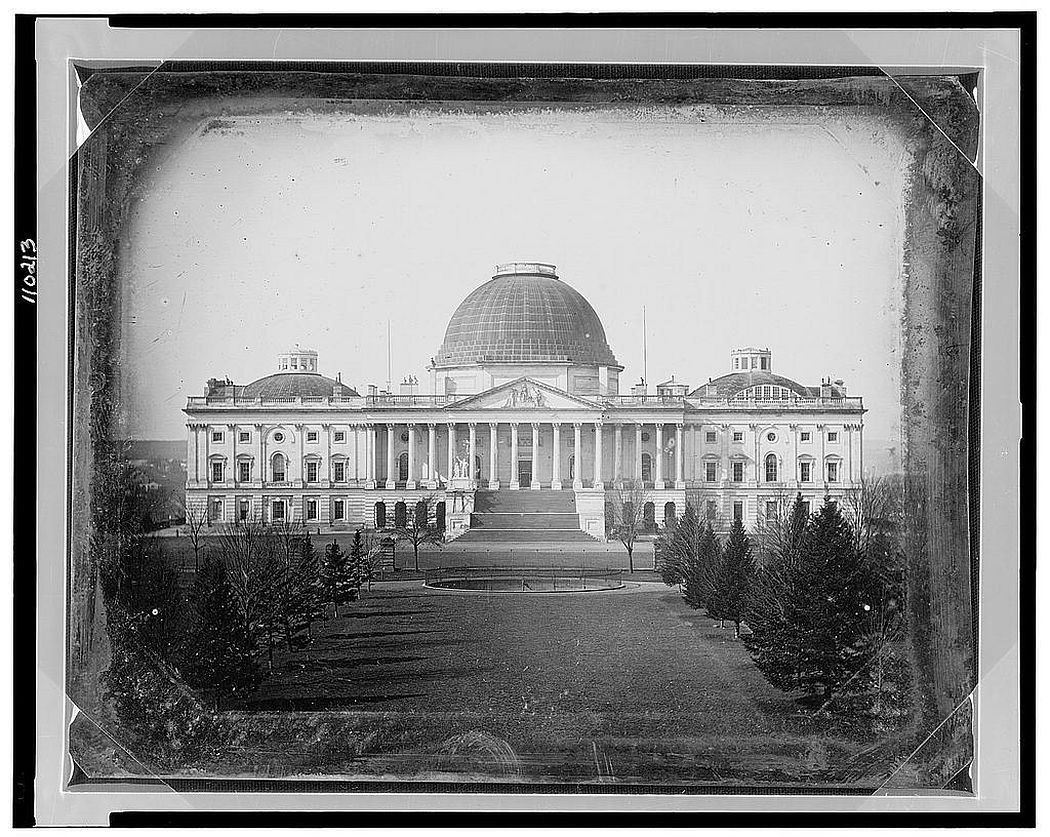 The United States Capitol, photographed by John Plumbe, Jr., in 1846 (note the early Charles Bulfinch dome) (via Library of Congress) 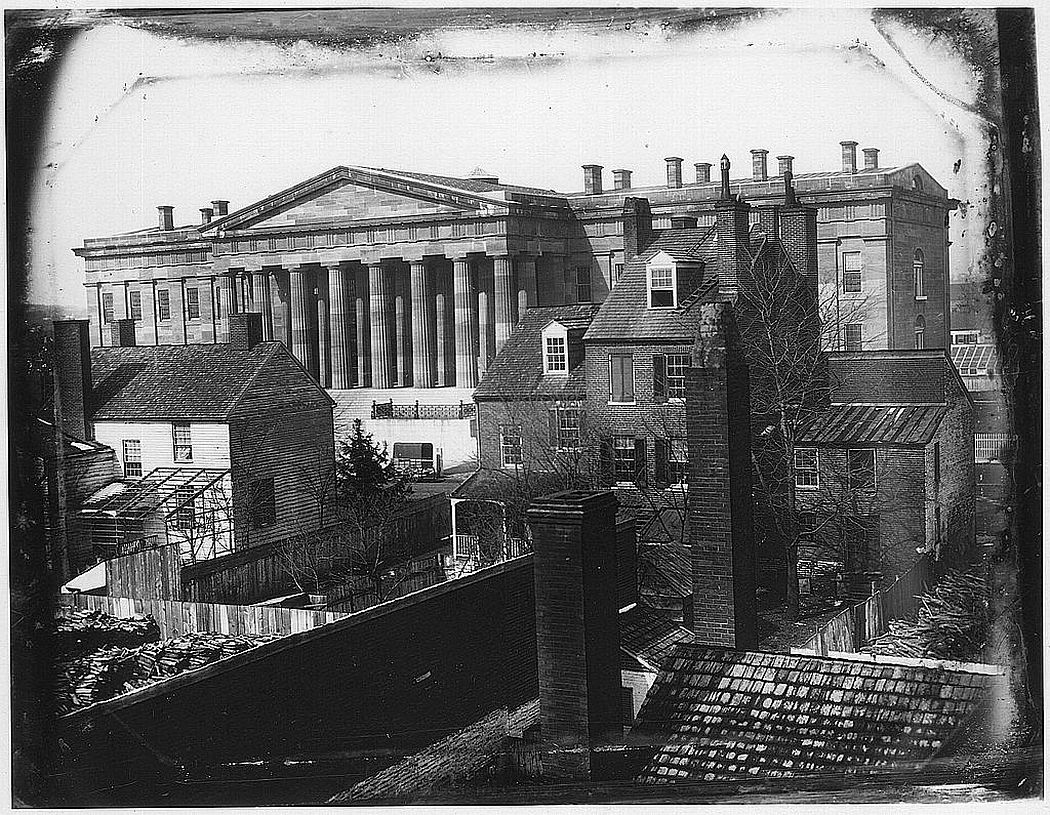 The United States Patent Office, photographed by John Plumbe, Jr., in 1846 (via Library of Congress)