In the first half of the 19th century, London had grown greatly and the development of a commuting population arriving by train each day led to traffic congestion with carts, cabs and omnibuses filling the roads. By 1850 there were seven railway termini located around the urban centre of London and the concept of an underground railway linking the City of London with these stations was first proposed in the 1830s. Charles Pearson, Solicitor to the City of London, was a leading promoter of several schemes, and he contributed to the creation of the City Terminus Company to build such a railway from Farringdon to King’s Cross in 1852 . Although the plan was supported by the City of London, the railway companies were not interested and the company struggled to proceed. In 1854 the Metropolitan Railway (also known as the Met) was granted permission to build an underground line at an estimated cost of £1 million. 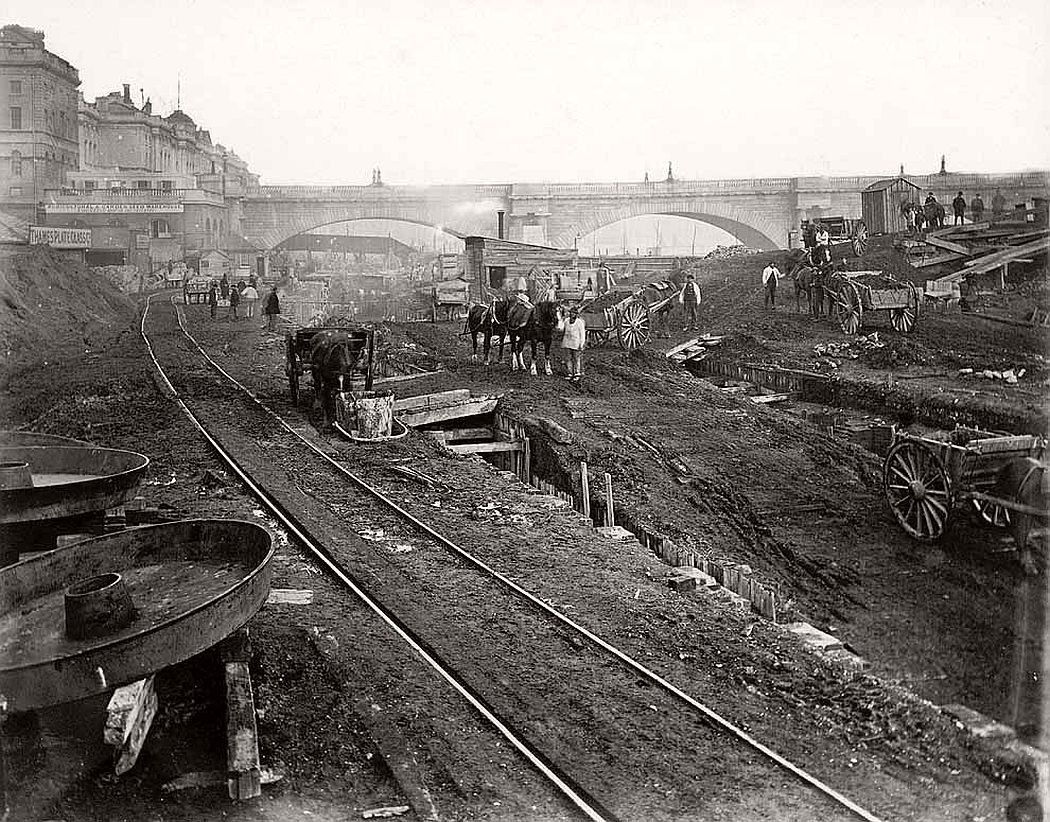 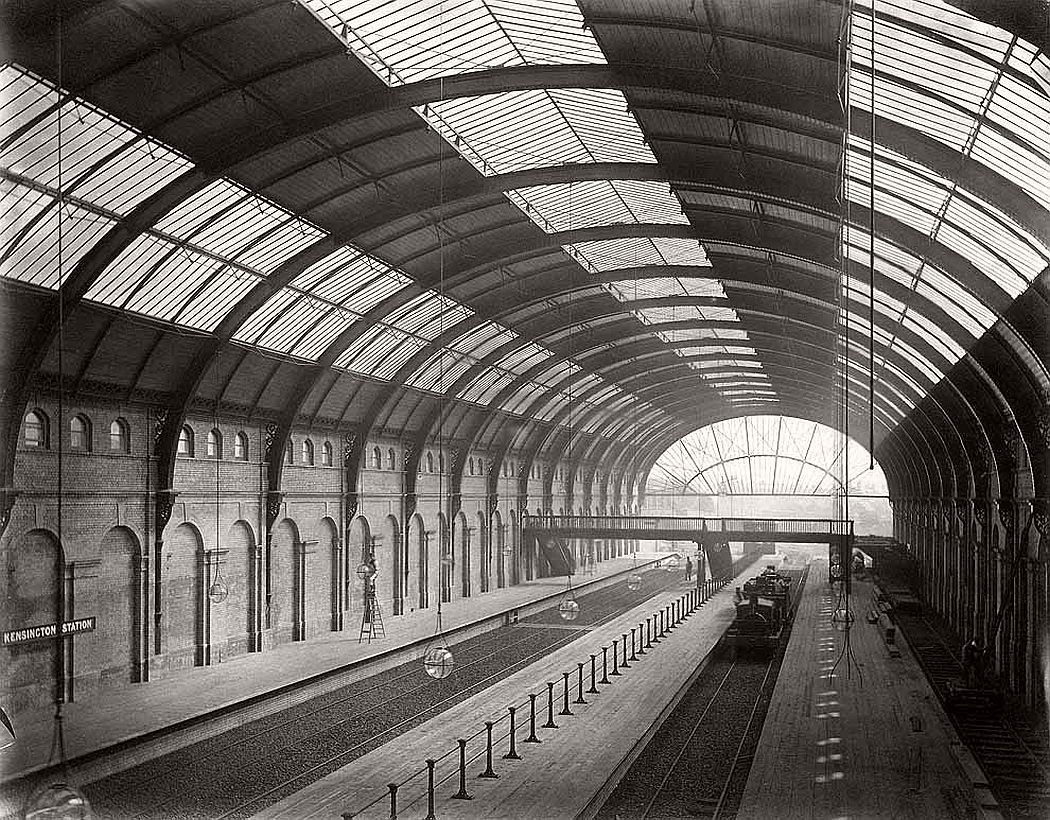 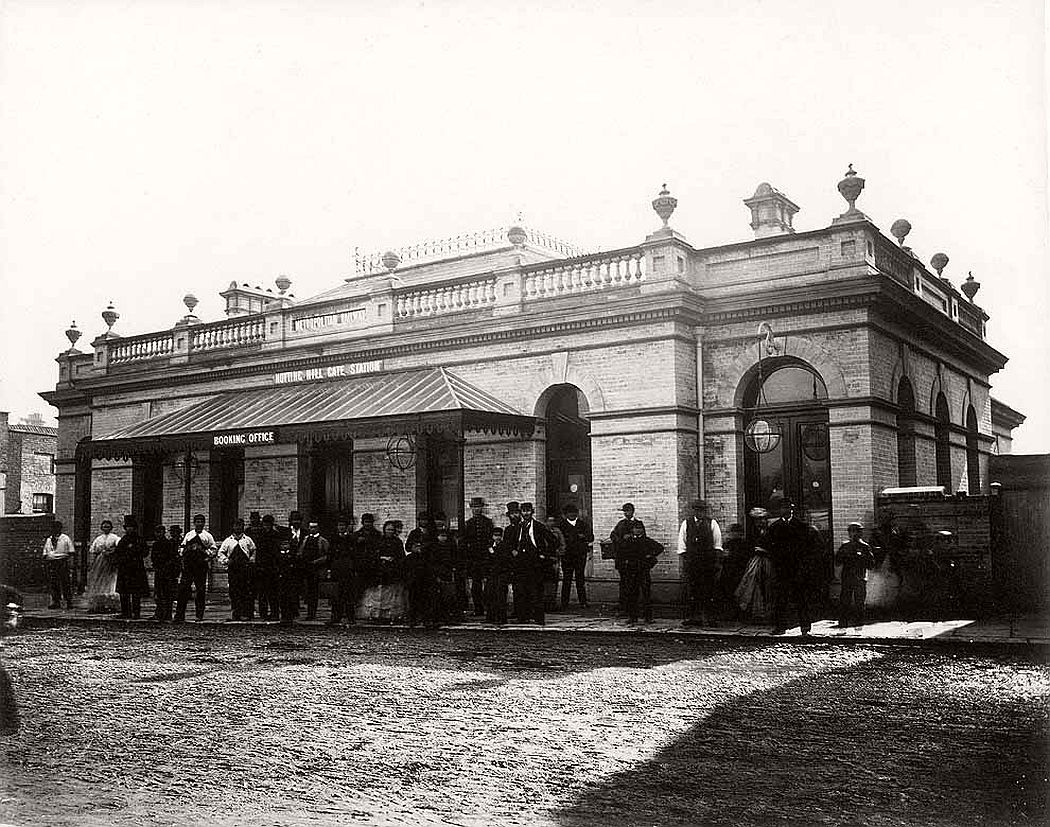 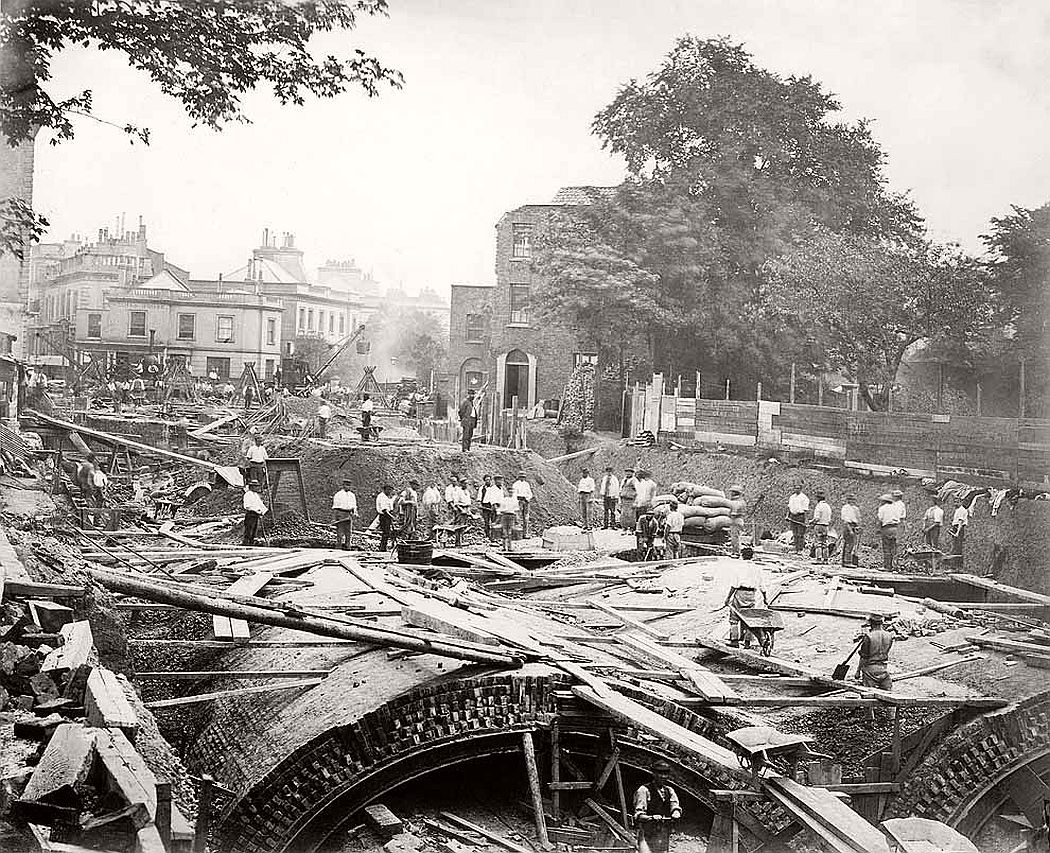 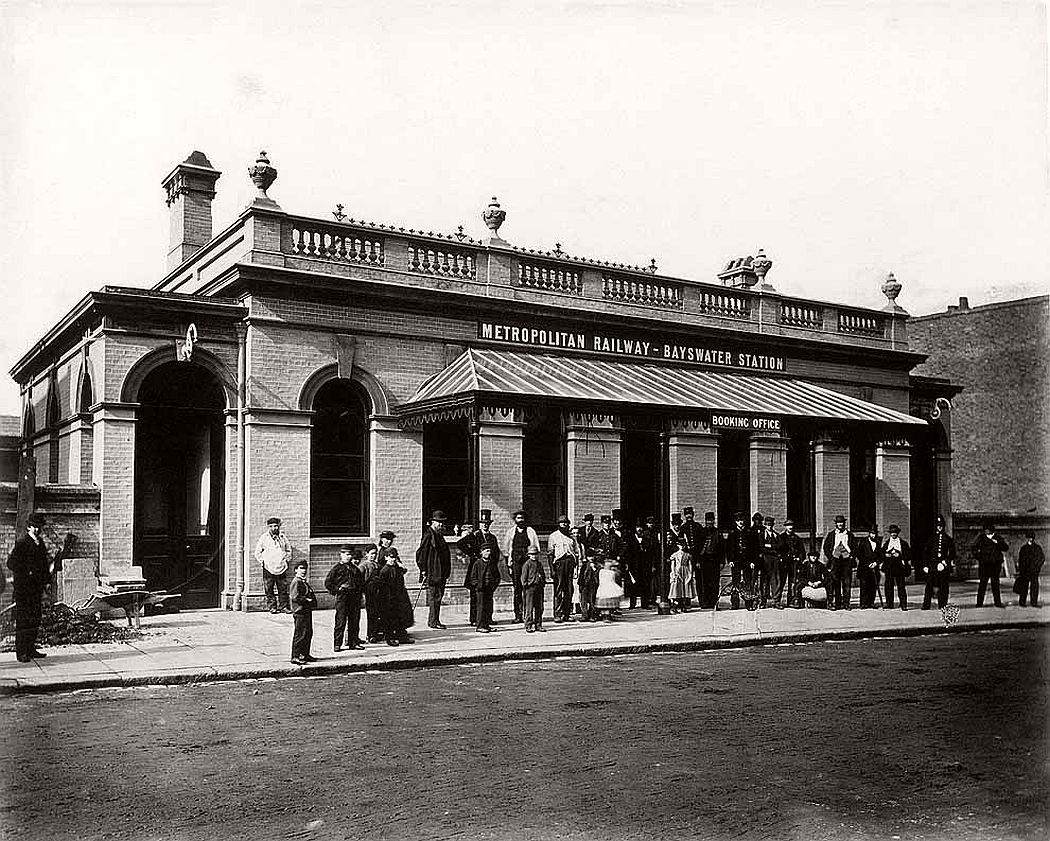 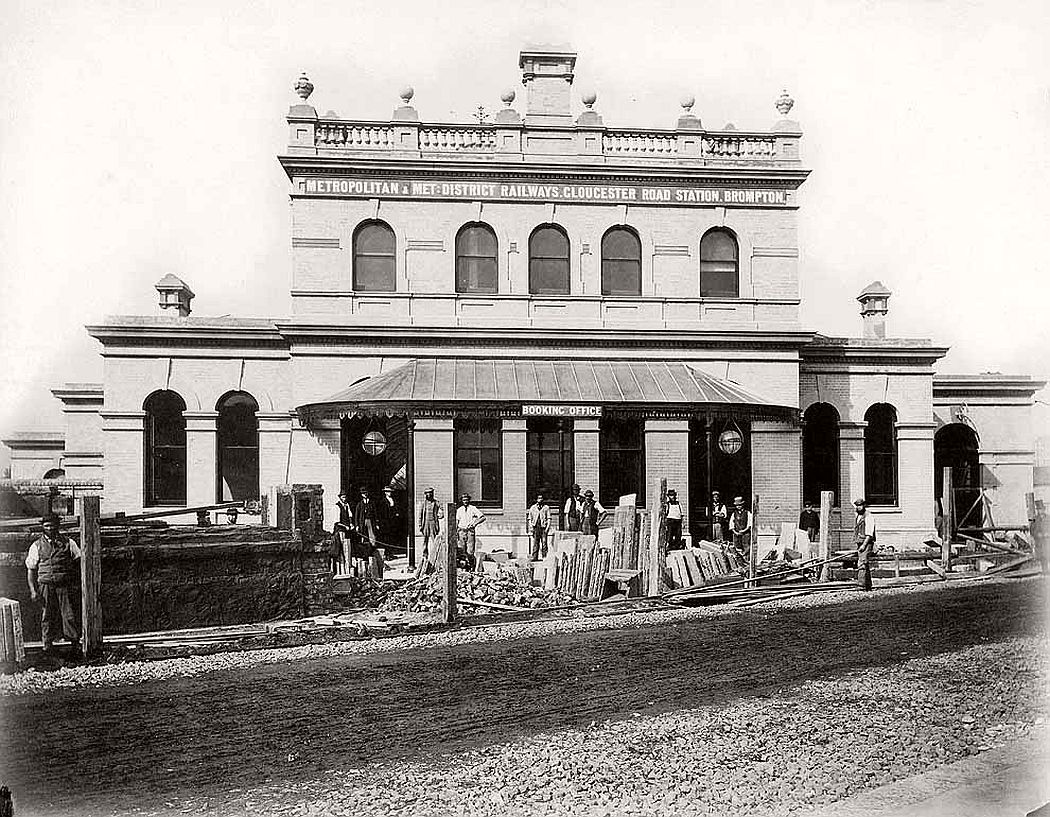 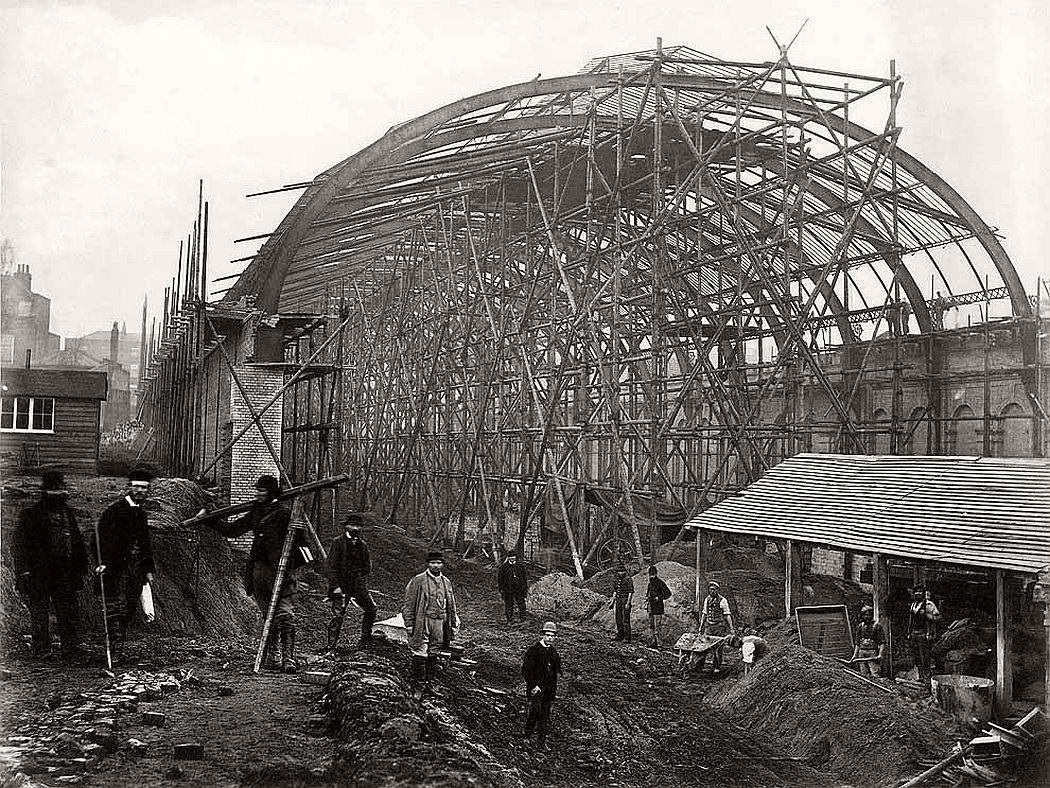 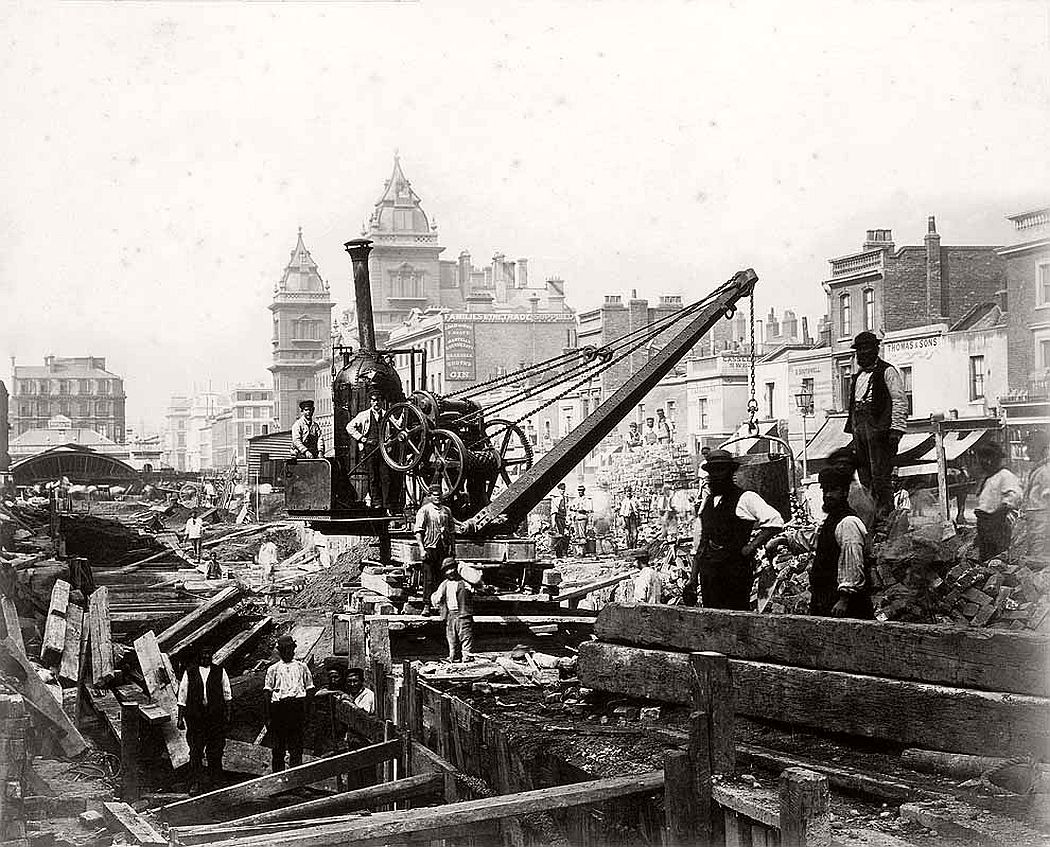 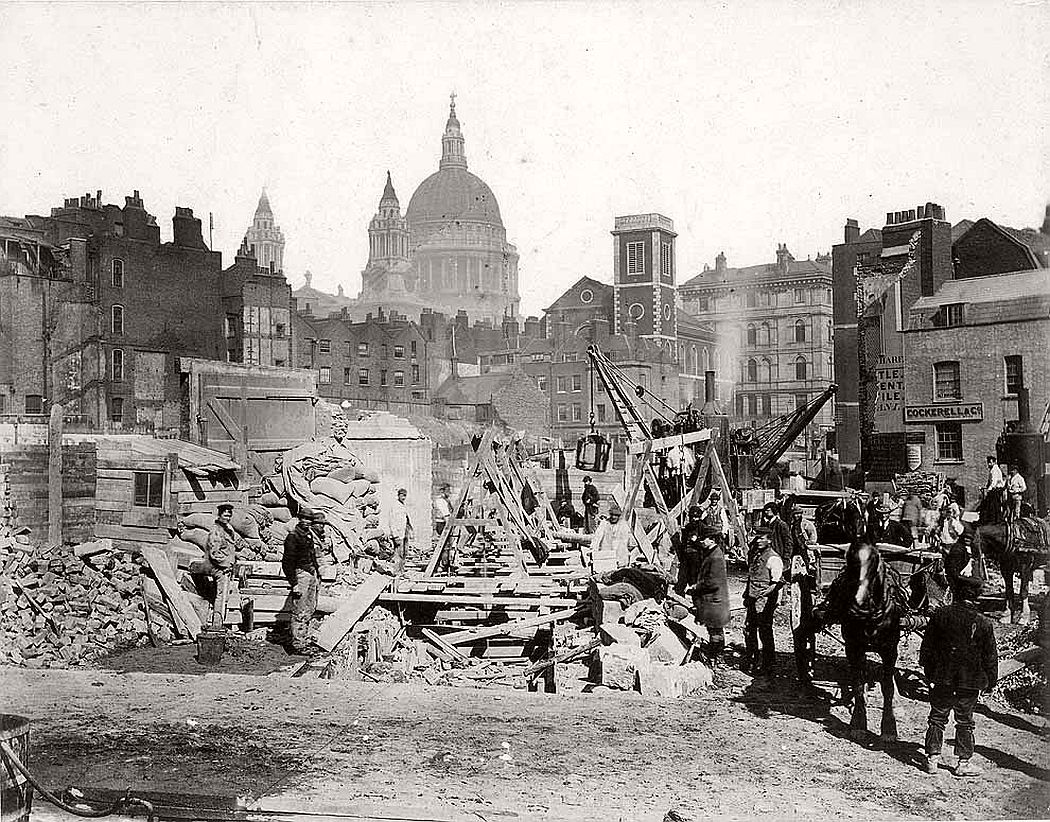 Construction work on the site of Blackfriars Station 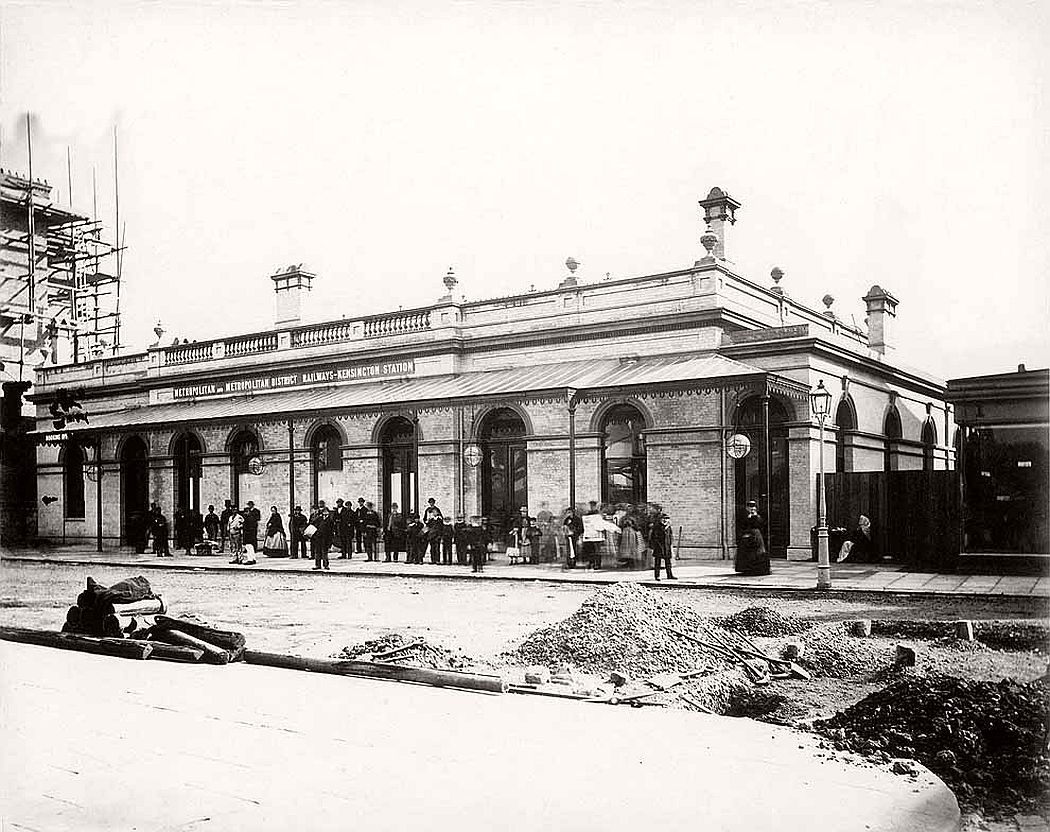 Paddington Station in 1868, the year it opened 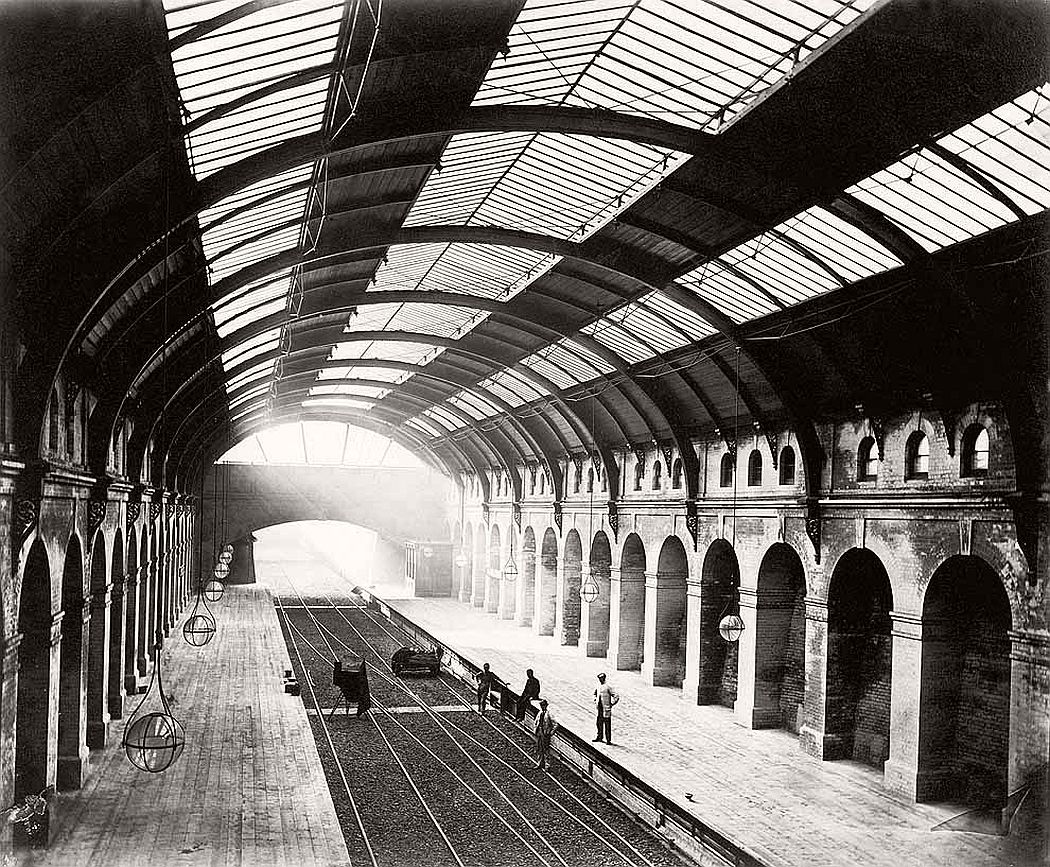 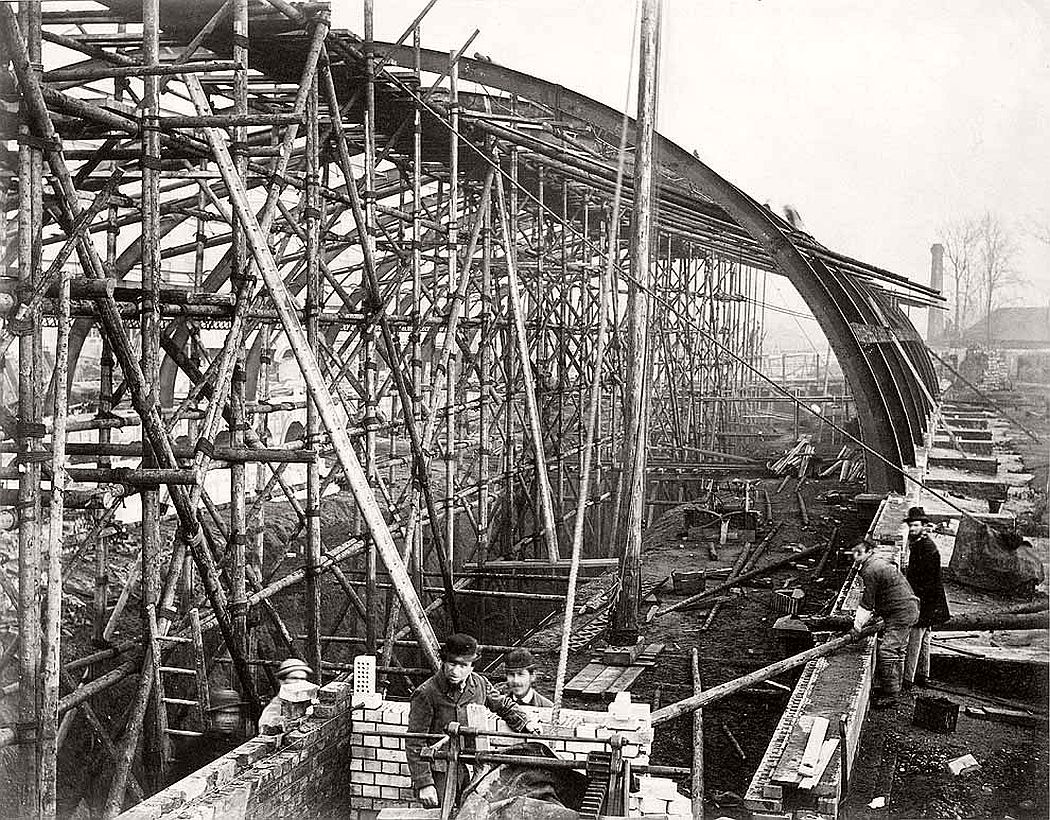 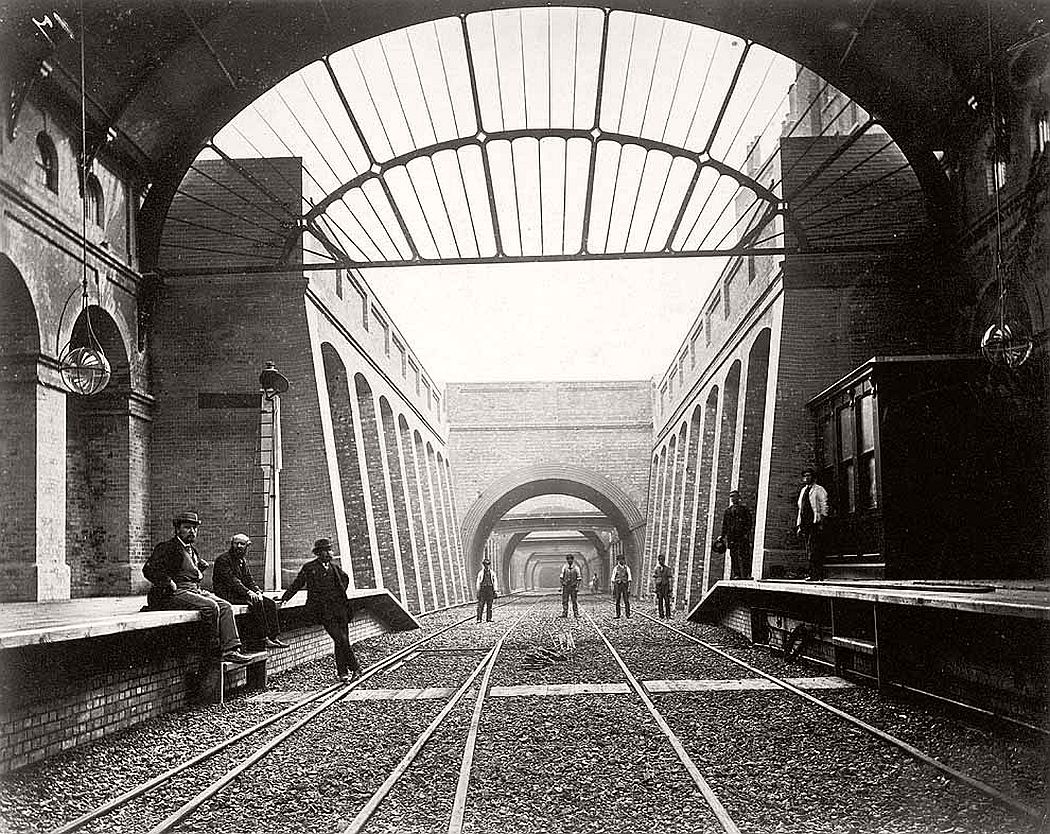 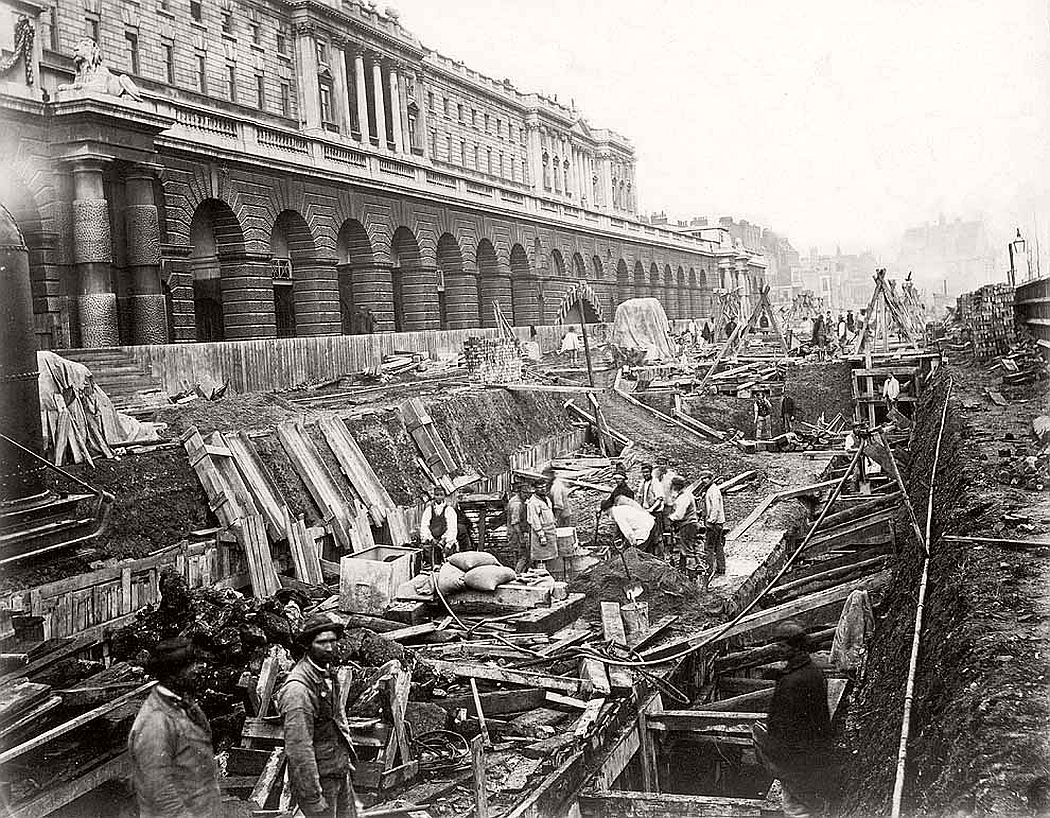 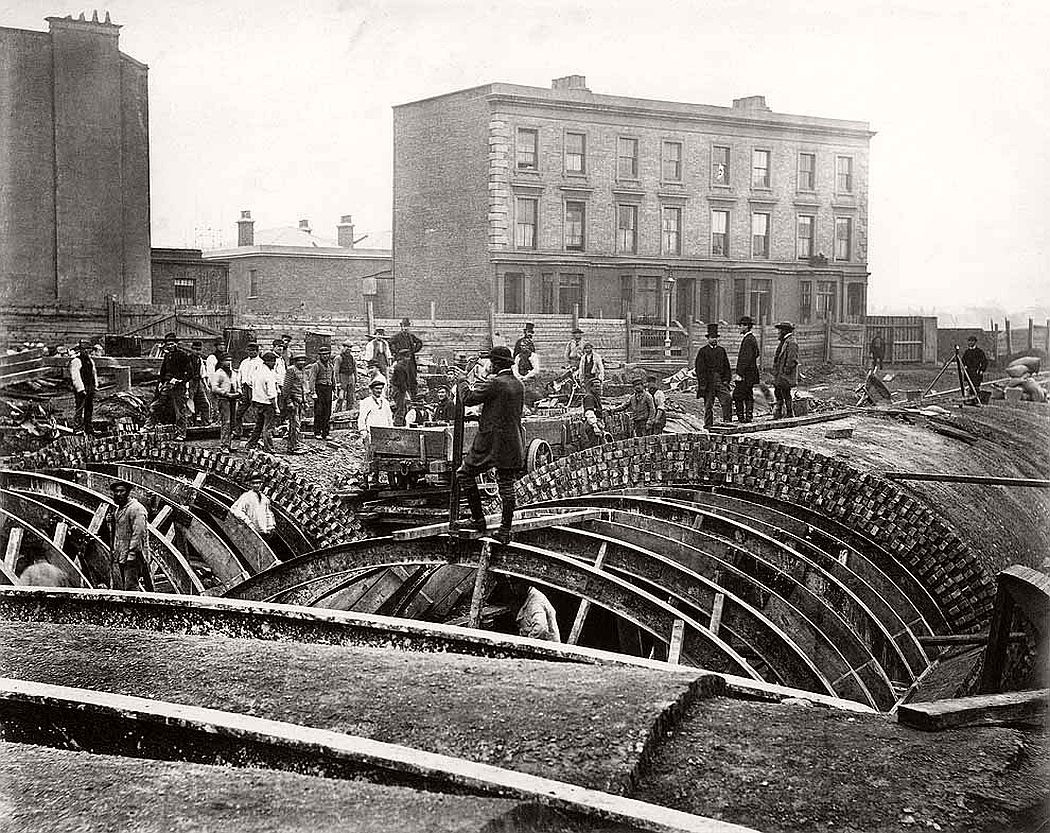