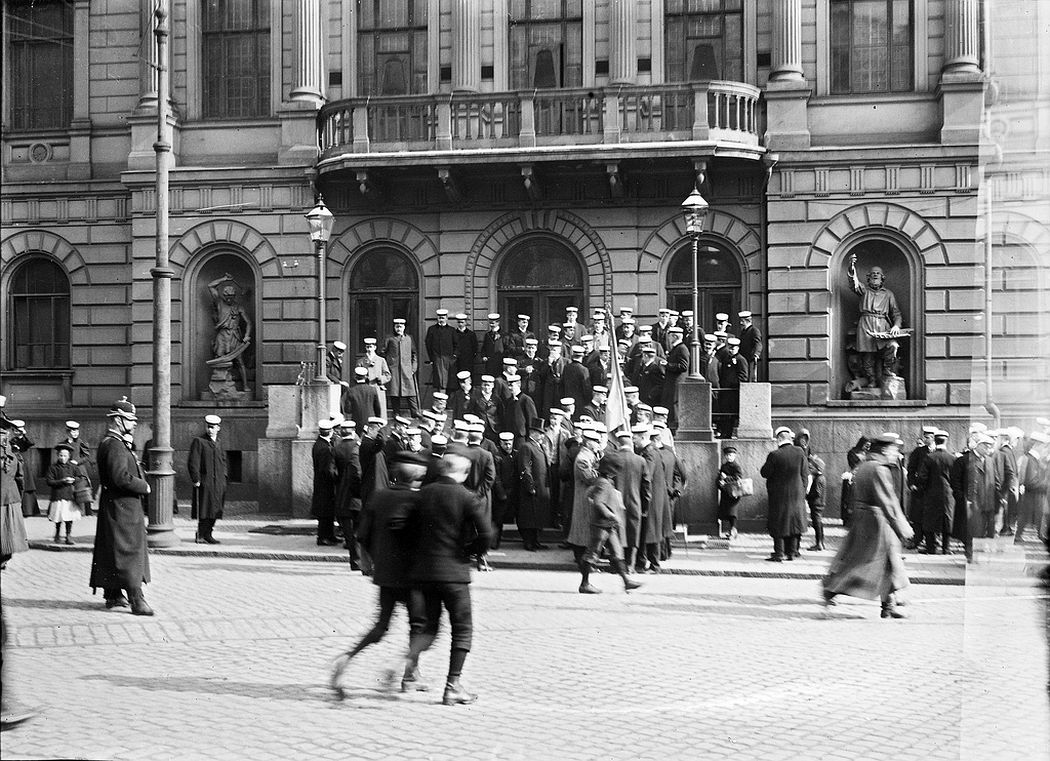 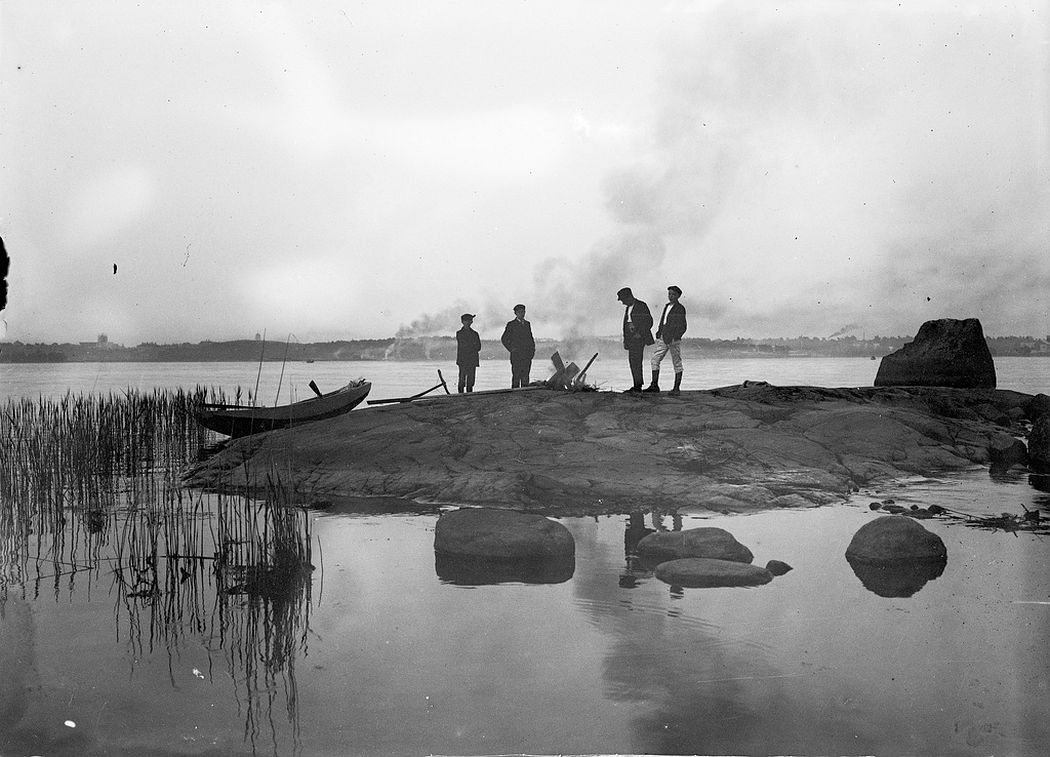 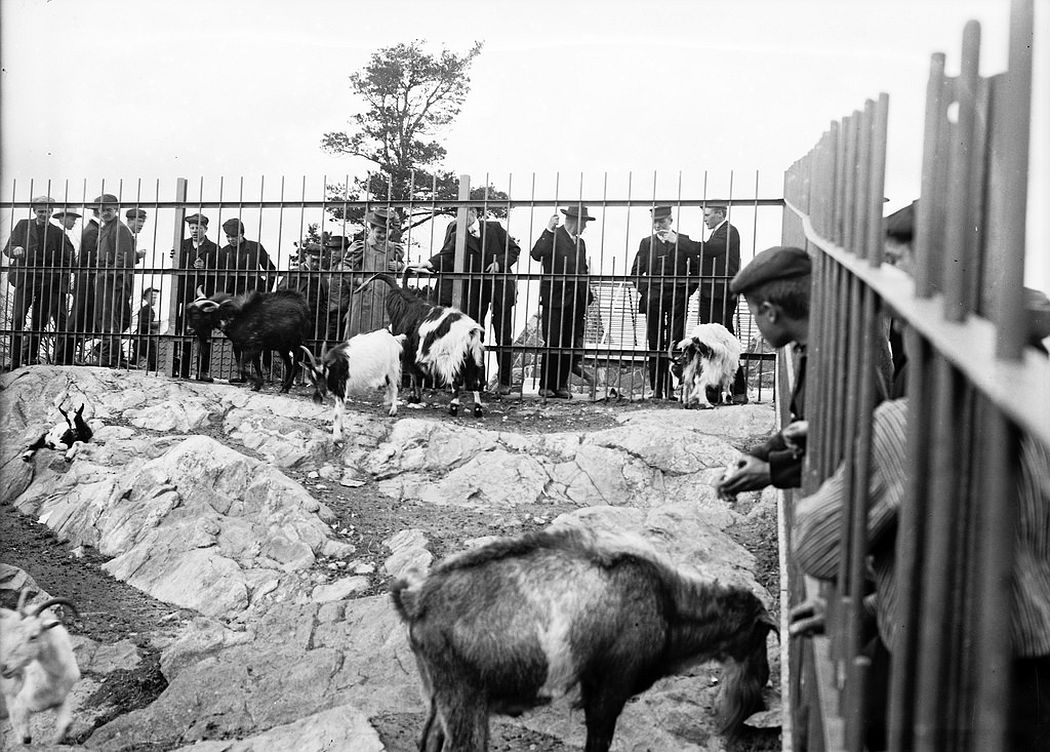 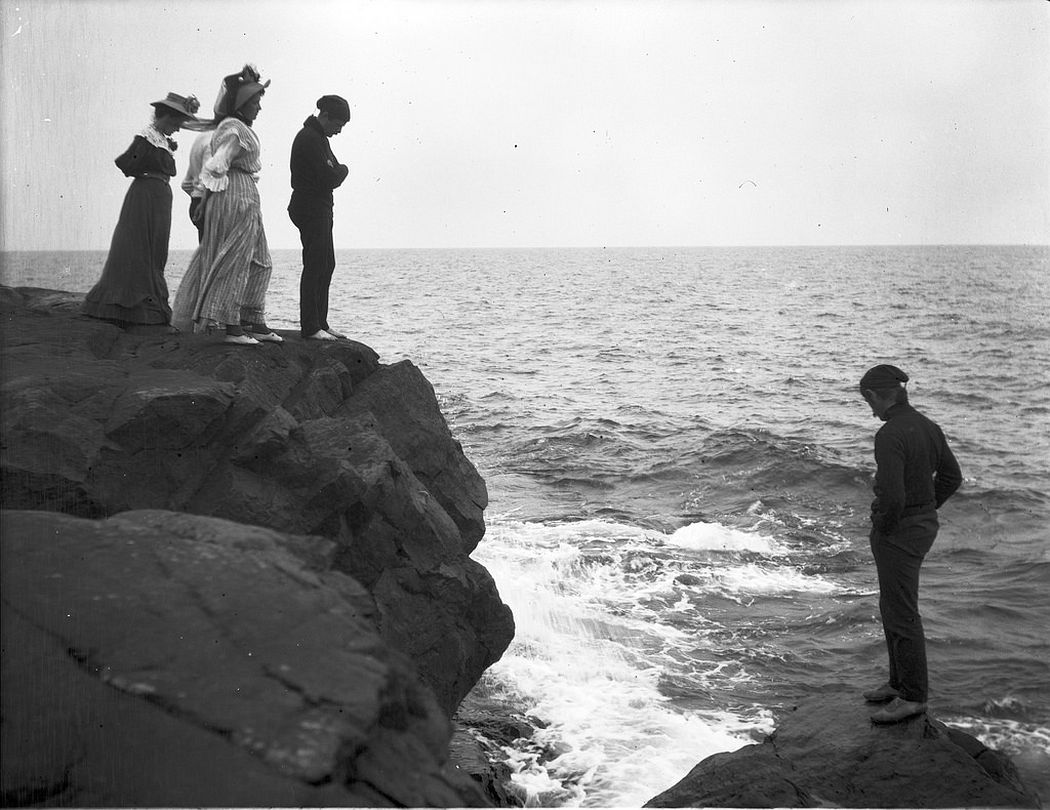 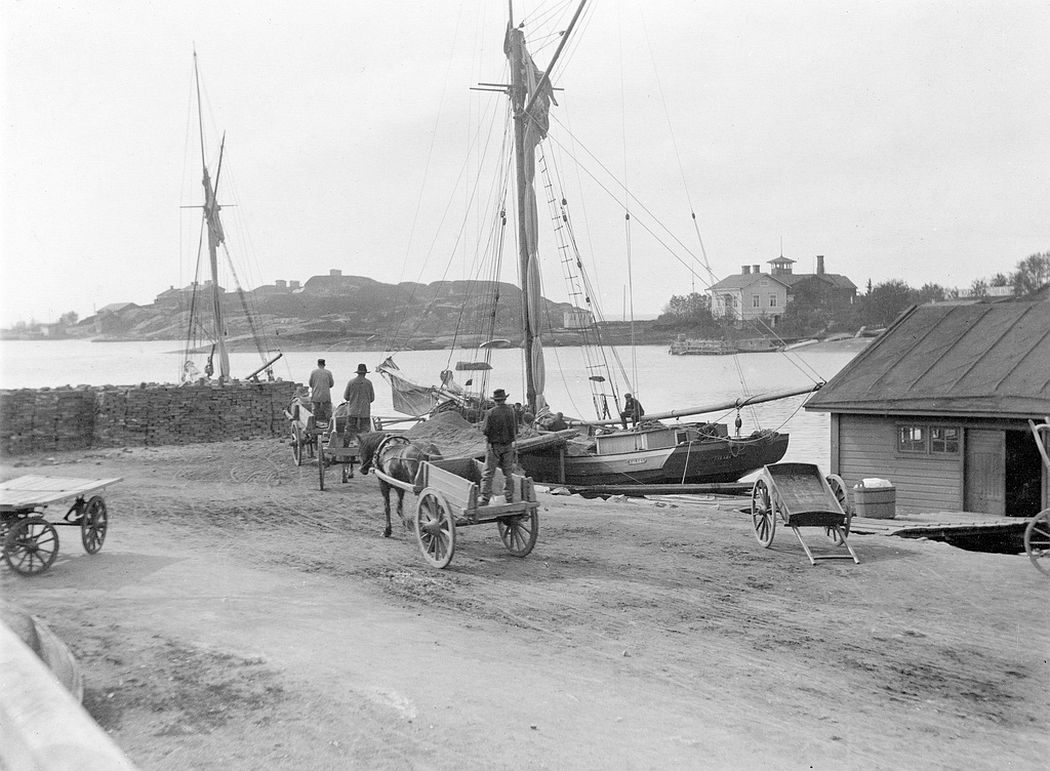 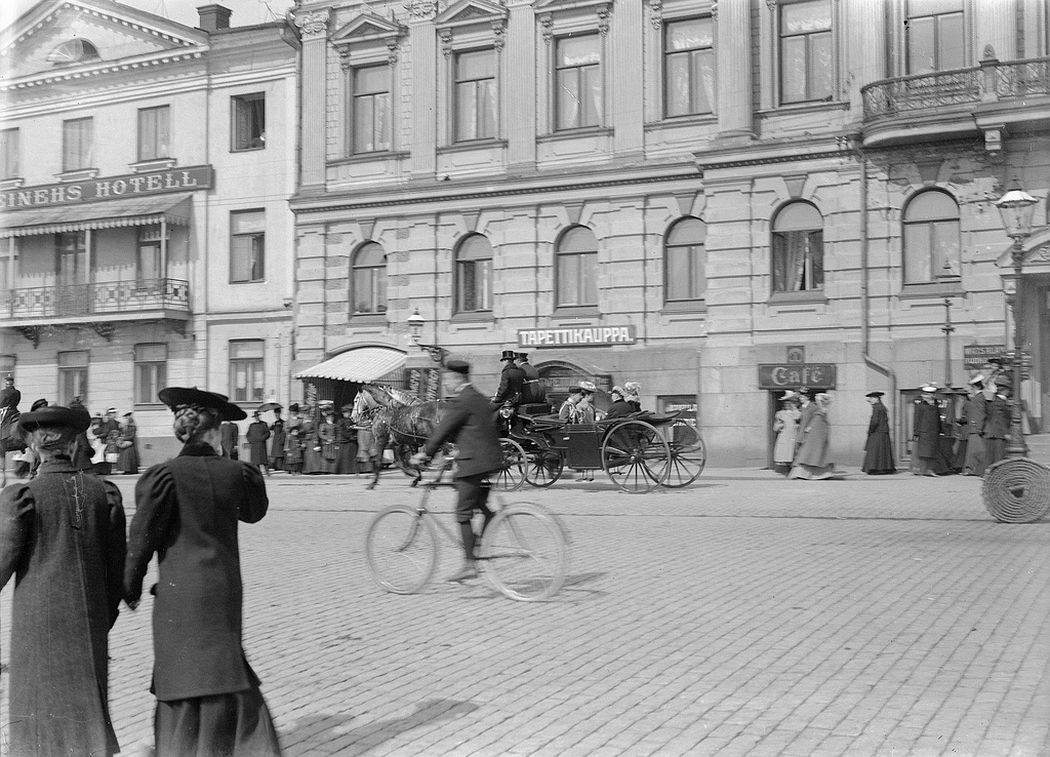 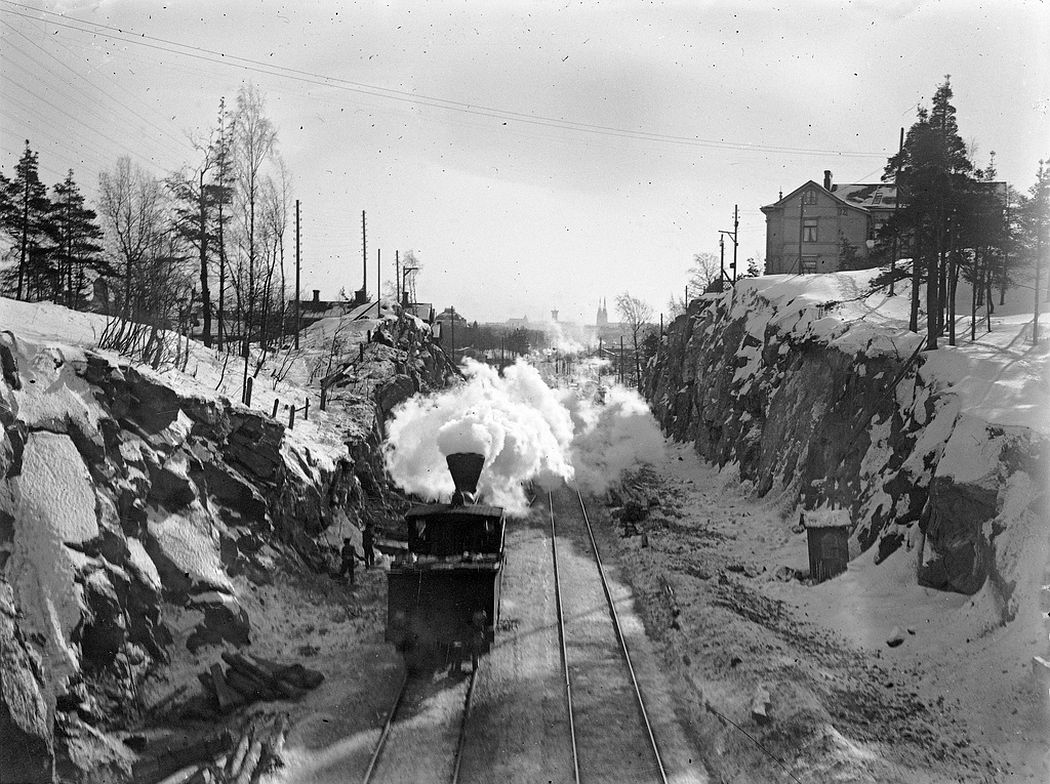 Locomotive in Linnunlaulu, towards Helsinki 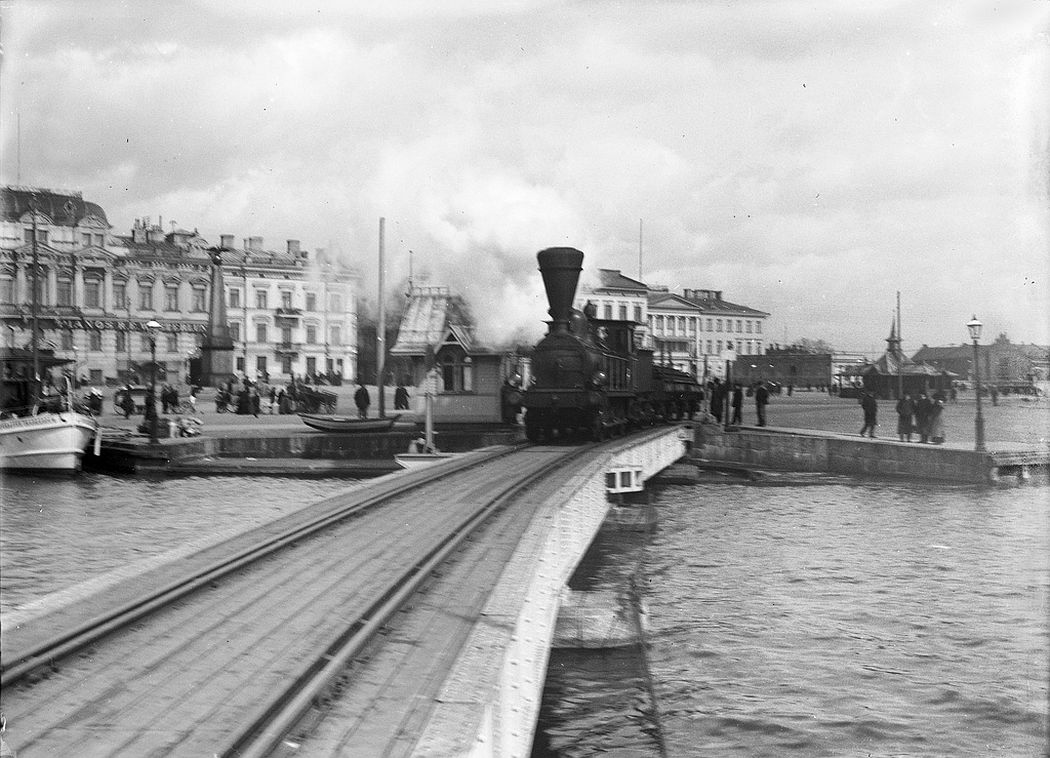 Locomotive on the Market Square, Helsinki 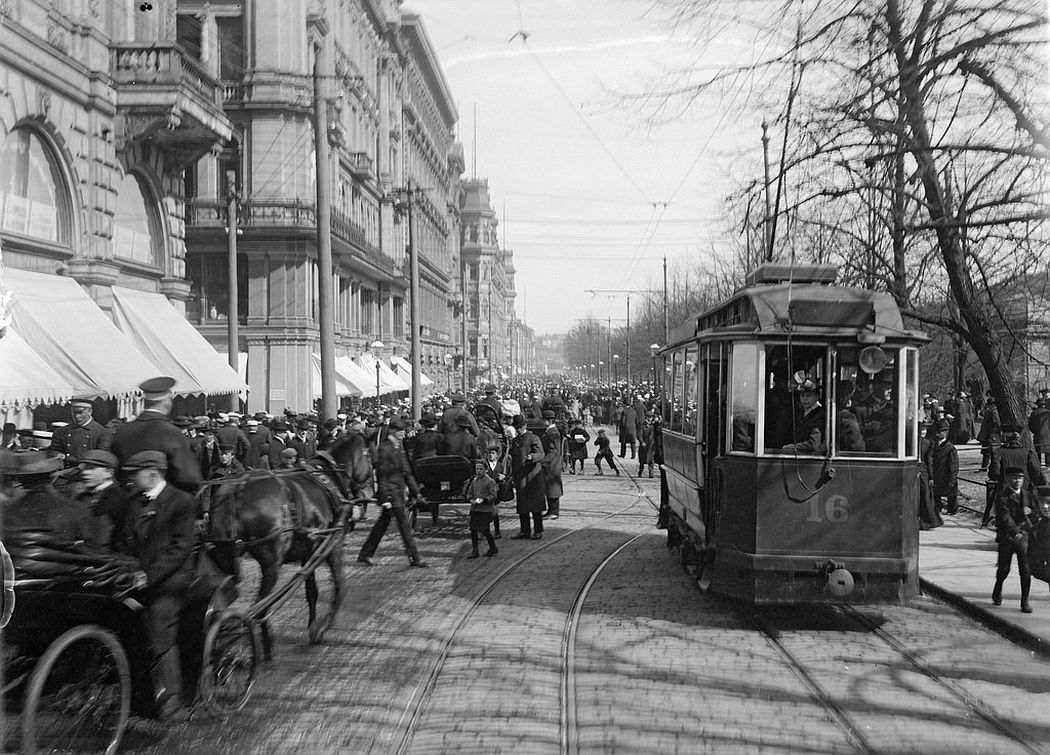 May Day celebrations in Helsinki 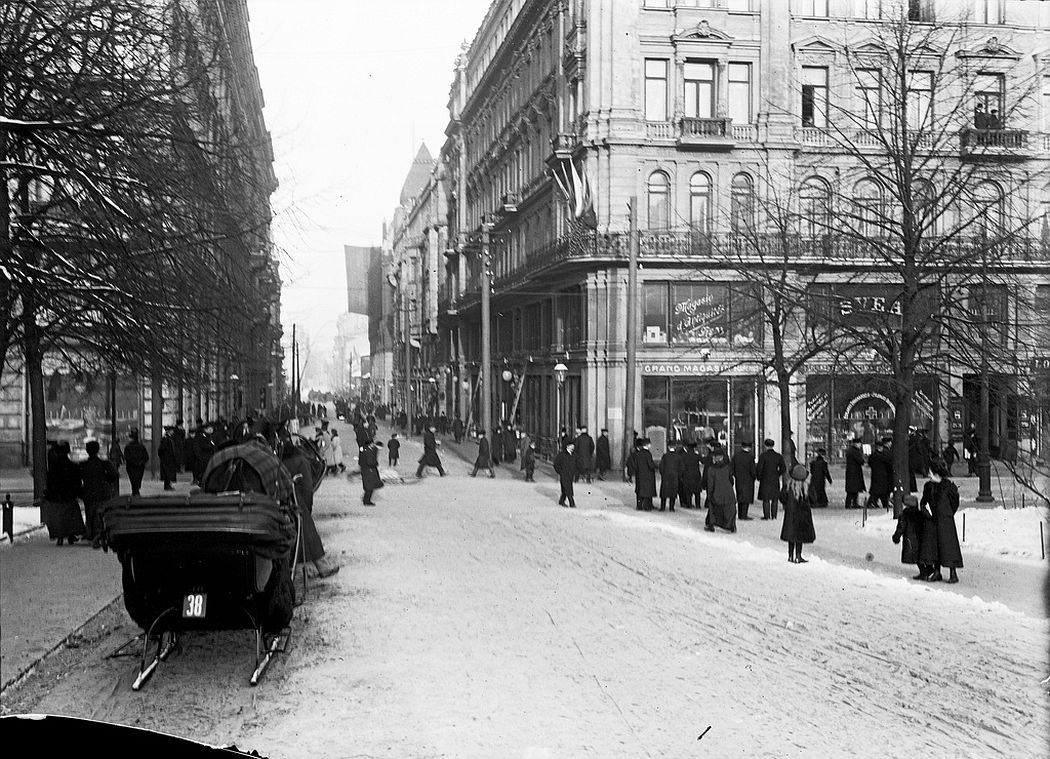 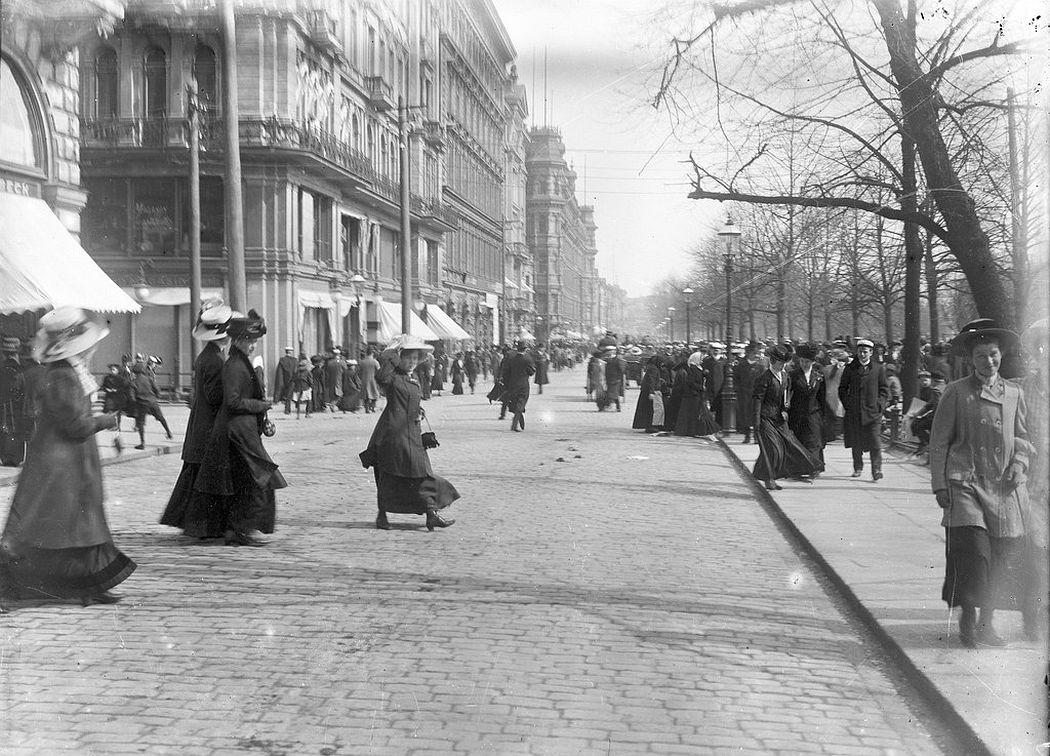 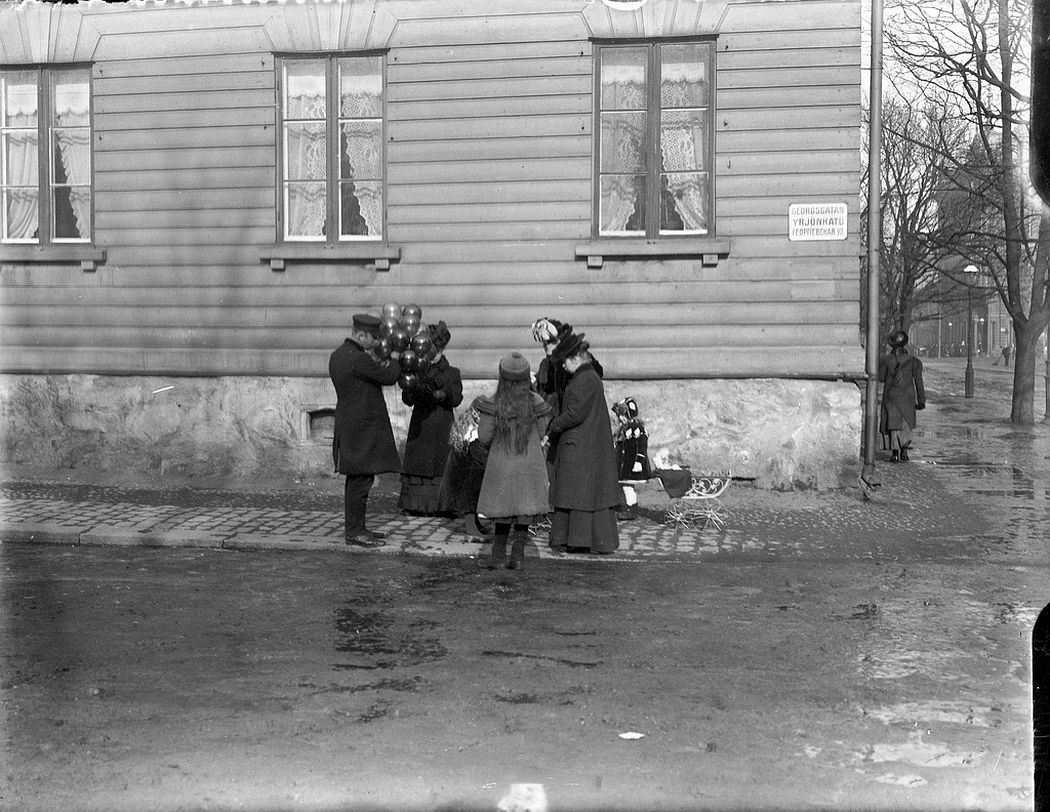 Balloons for sale at Yrjönkatu, Helsinki 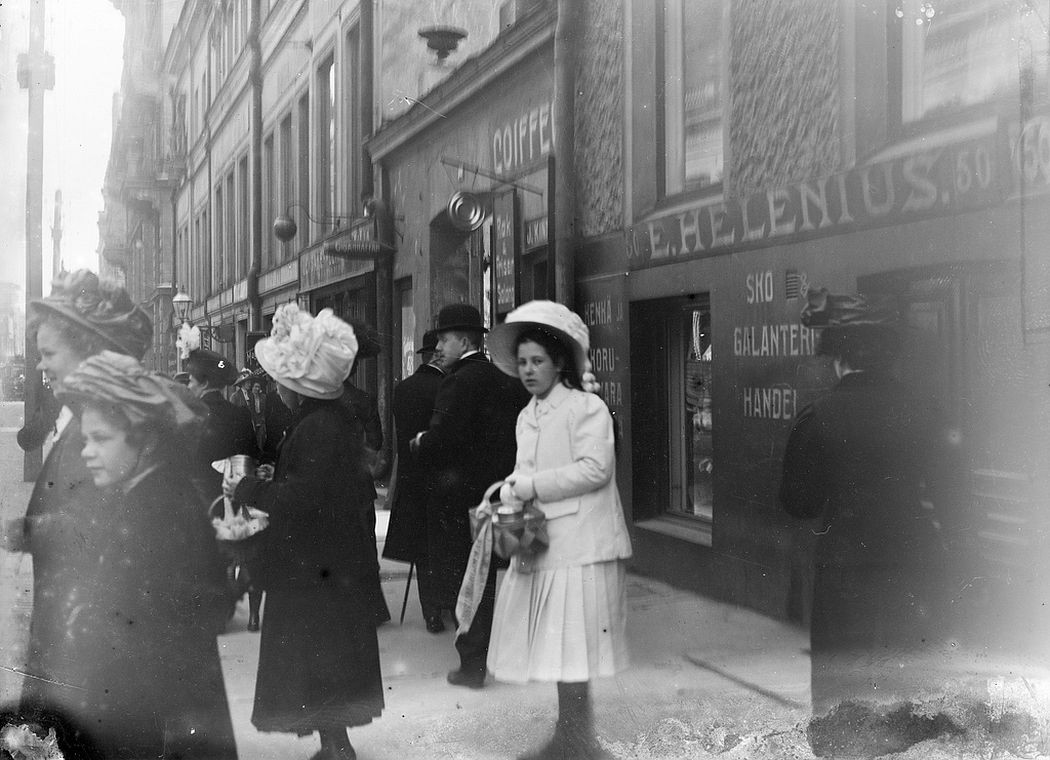 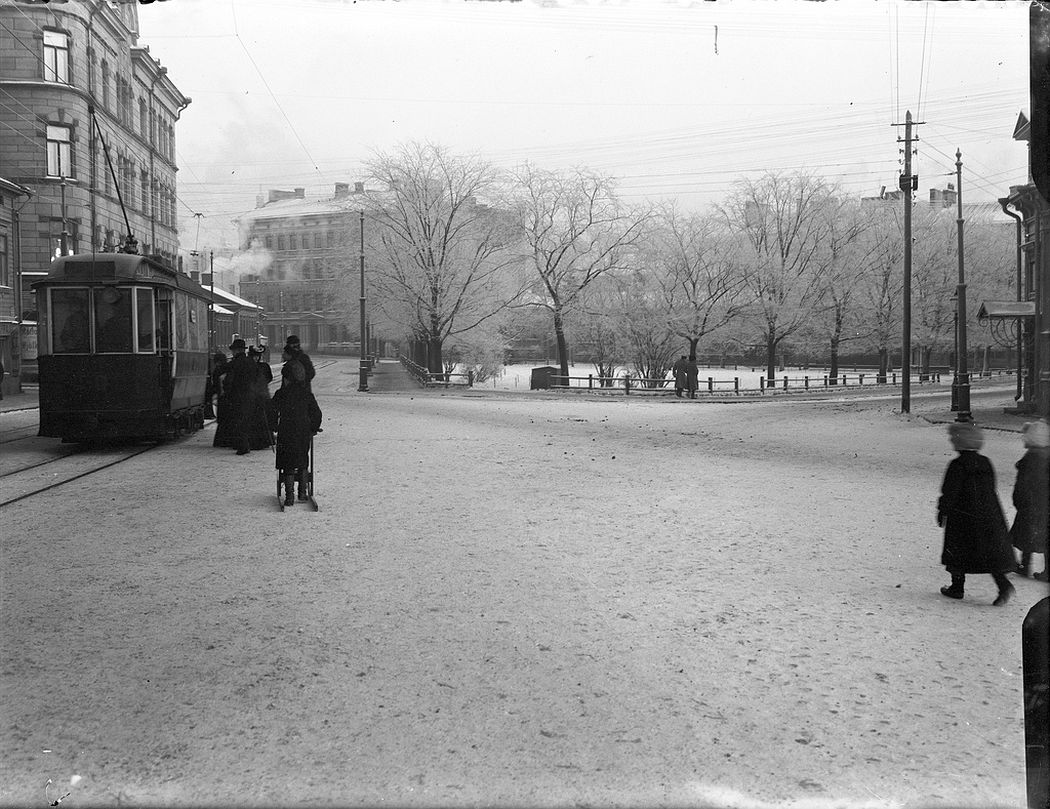 On the corner of Lapinlahdenkatu and Albertinkatu, Helsinki 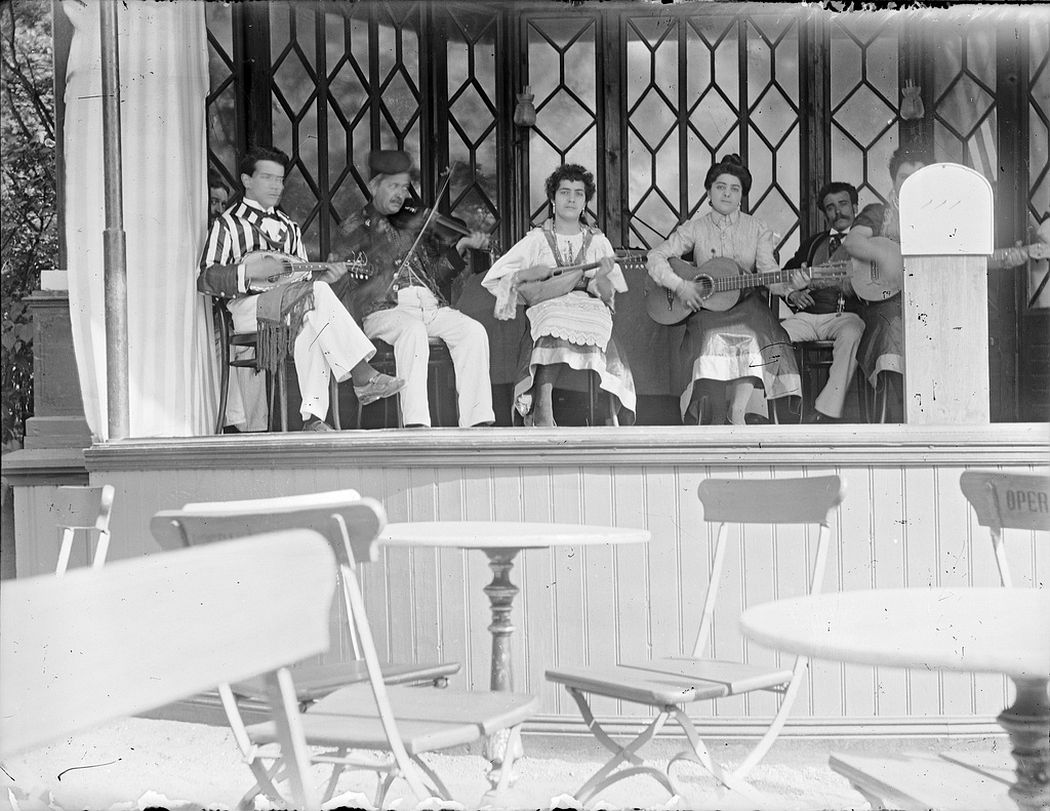 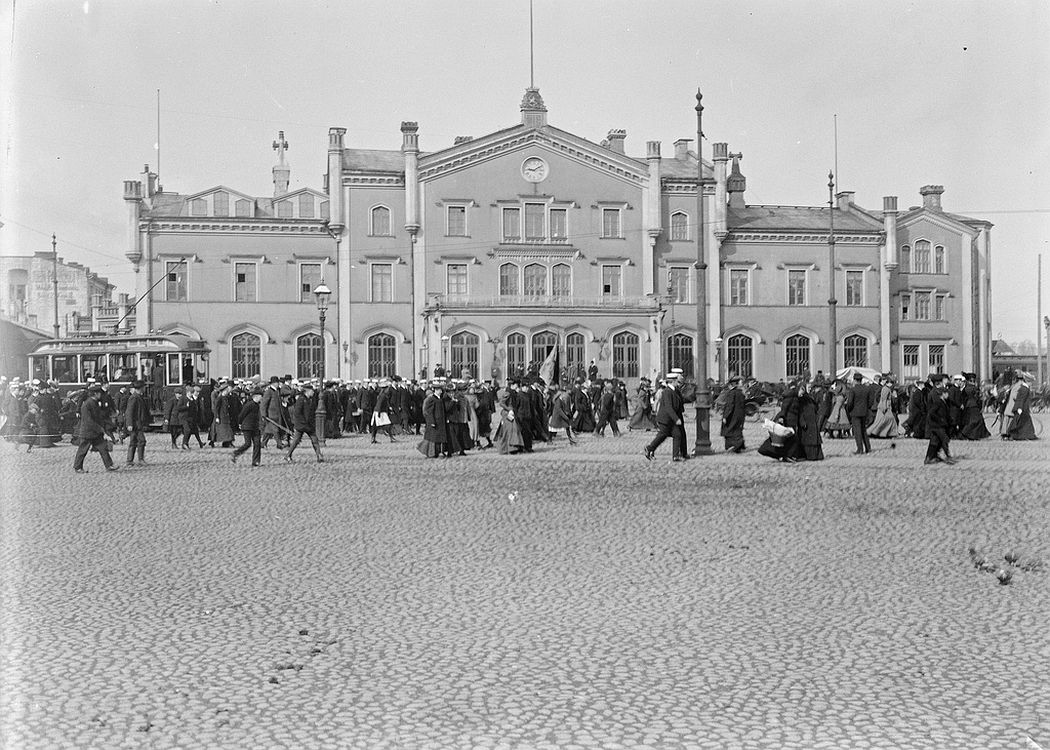