We’re used to seeing swanky rooftop restaurants and bars, taco stands and outdoor patios decorated with lights in Los Angeles. But back in the day we had restaurants and food stands that took architecture to the next level, with wacky buildings shaped as actual items like tamales, hot dogs and planes. 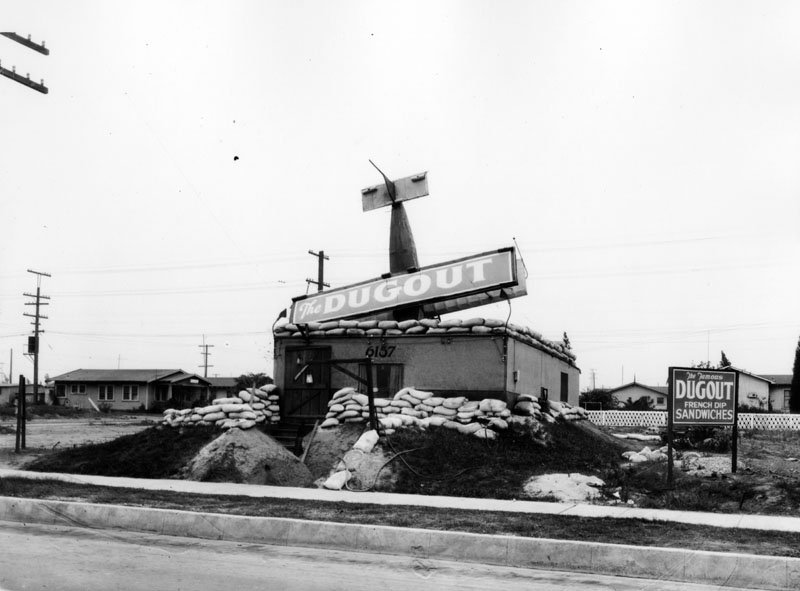 The Dugout sandwich stand had a prop plane looking like it crashed into its roof. It was located at 6157 E. Whittier Blvd., and this photo was snapped on October 10, 1929. 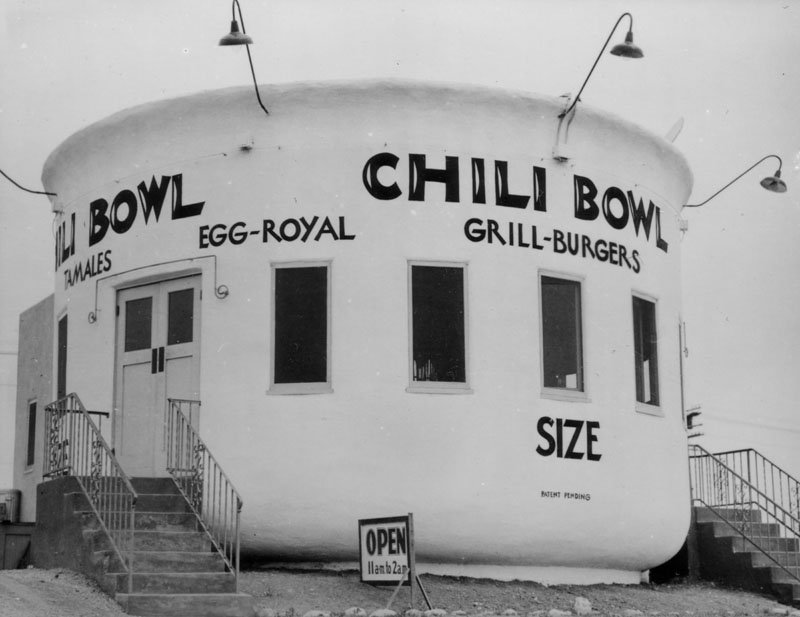 This was one of six Chili Bowl restaurants, in the shape of an actual bowl. This one was located at 3012 Crenshaw Blvd. 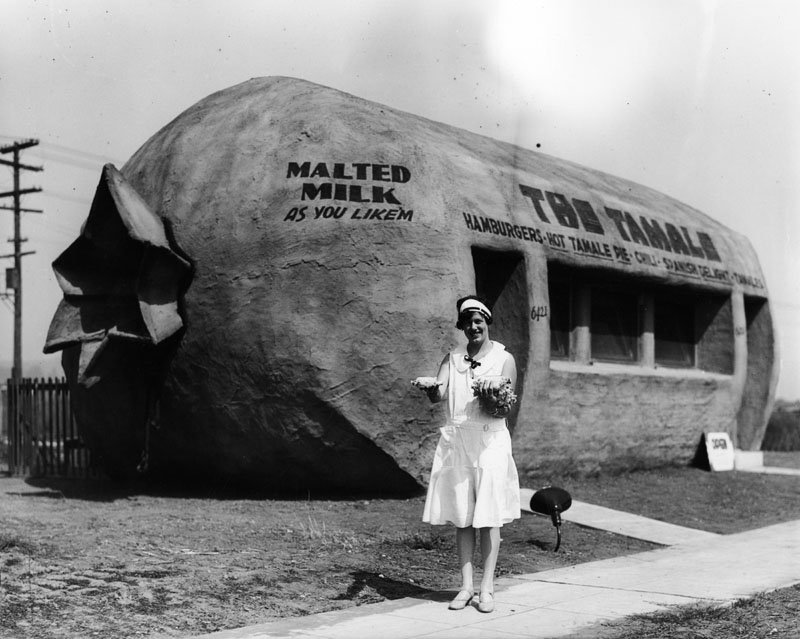 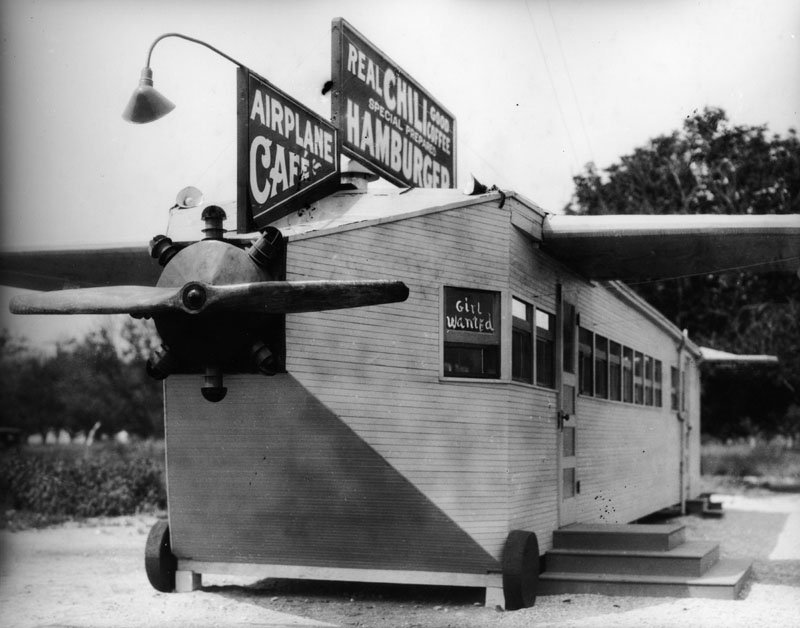 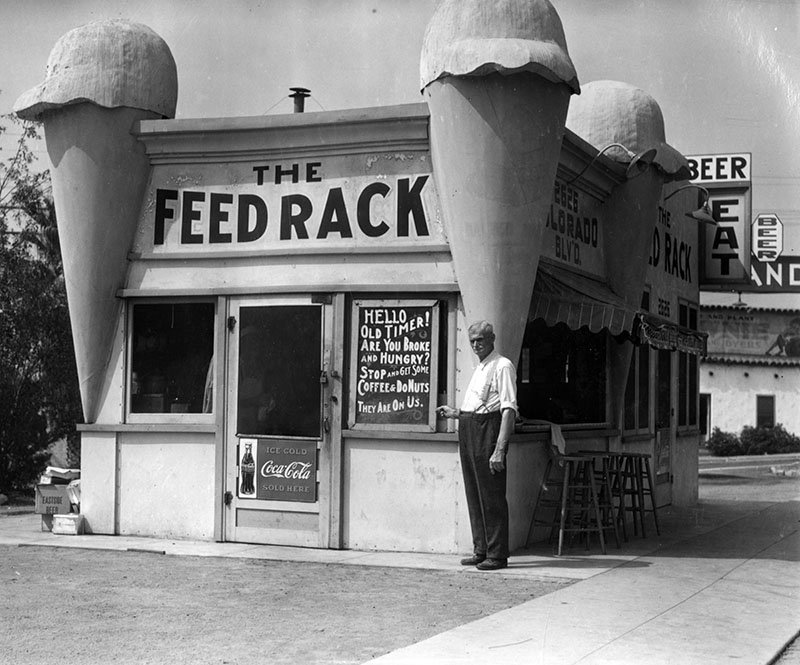 This was originally an ice cream parlor, but later became the Feed Rack restaurant during the Depression. 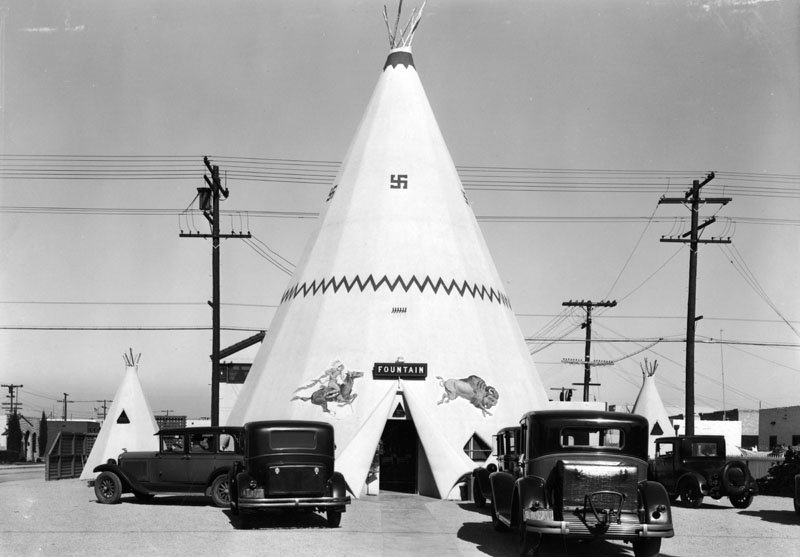 The teepee ice cream stand was located on 2nd Street and Covina Avenue in Long Beach. 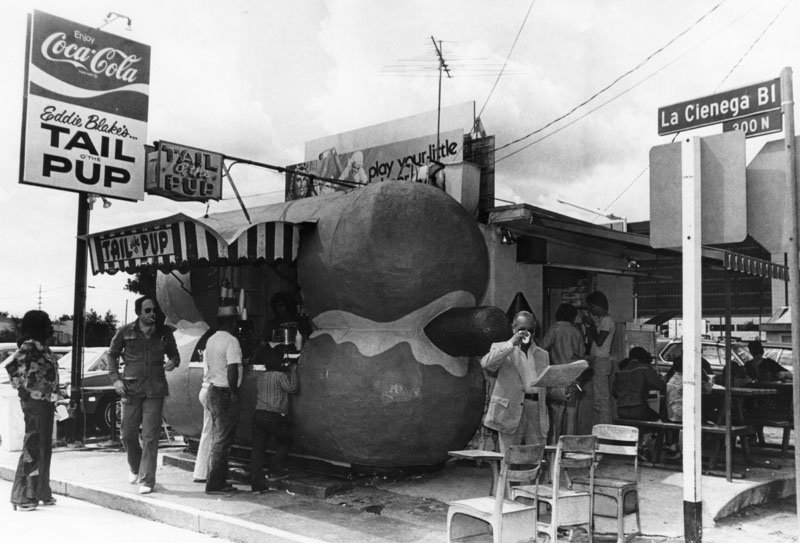 This Tail O’ The Pup hot dog stand used to be at 300 N. La Cienega Blvd. in West Hollywood. 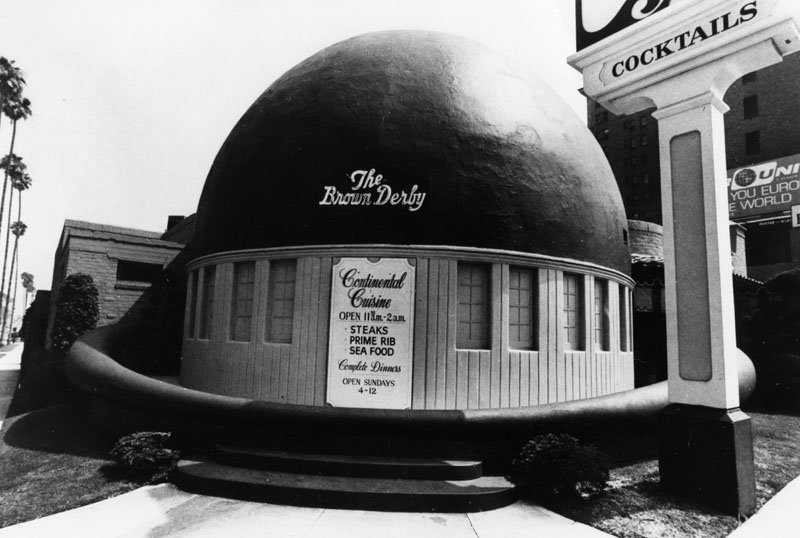 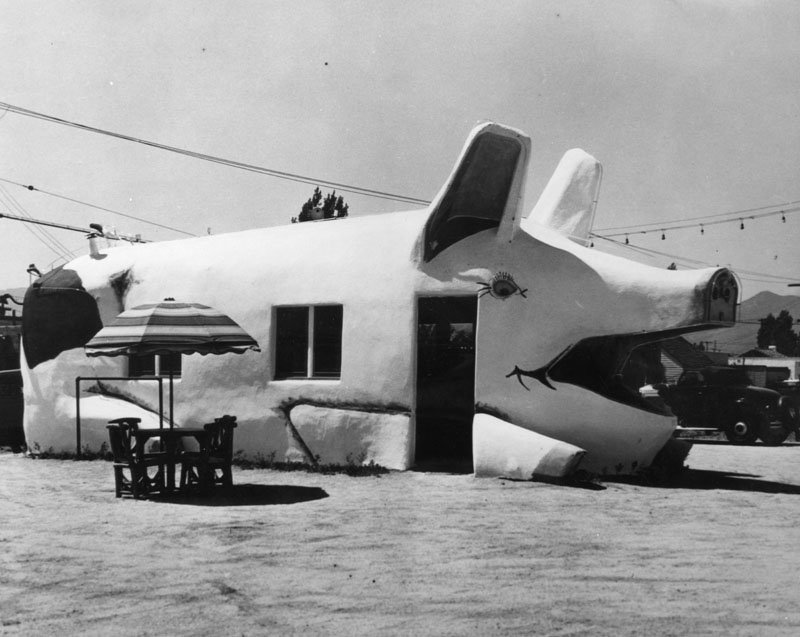 A fast-food restaurant shaped like a pig in Los Angeles. 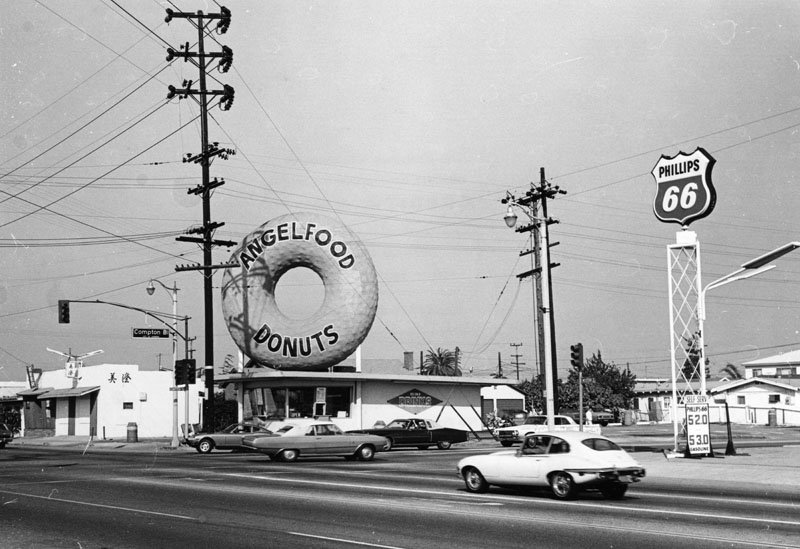 Angel Food Donuts shop had a giant donut on top of roof. It was located at Western Ave. and Compton Blvd. in Gardena, and this photo was taken in October 1974.