The idea of an underground railway linking the City of London with some of the railway termini in its urban centre was proposed in the 1830s, and the Metropolitan Railway was granted permission to build such a line in 1854. To prepare construction, a short test tunnel was built in 1855 in Kibblesworth, a small town with geological properties similar to London. This test tunnel was used for two years in the development of the first underground train, and was later, in 1861, filled up. The world’s first underground railway, it opened in January 1863 between Paddington and Farringdon using gas-lit wooden carriages hauled by steam locomotives. It was hailed as a success, carrying 38,000 passengers on the opening day, and borrowing trains from other railways to supplement the service. The Metropolitan District Railway (commonly known as the District Railway) opened in December 1868 from South Kensington to Westminster as part of a plan for an underground “inner circle” connecting London’s main-line termini. The Metropolitan and District railways completed the Circle line in 1884, built using the cut and cover method. Both railways expanded, the District building five branches to the west reaching Ealing, Hounslow, Uxbridge, Richmond and Wimbledon and the Metropolitan eventually extended as far as Verney Junction in Buckinghamshire, more than 50 miles (80 km) from Baker Street and the centre of London. 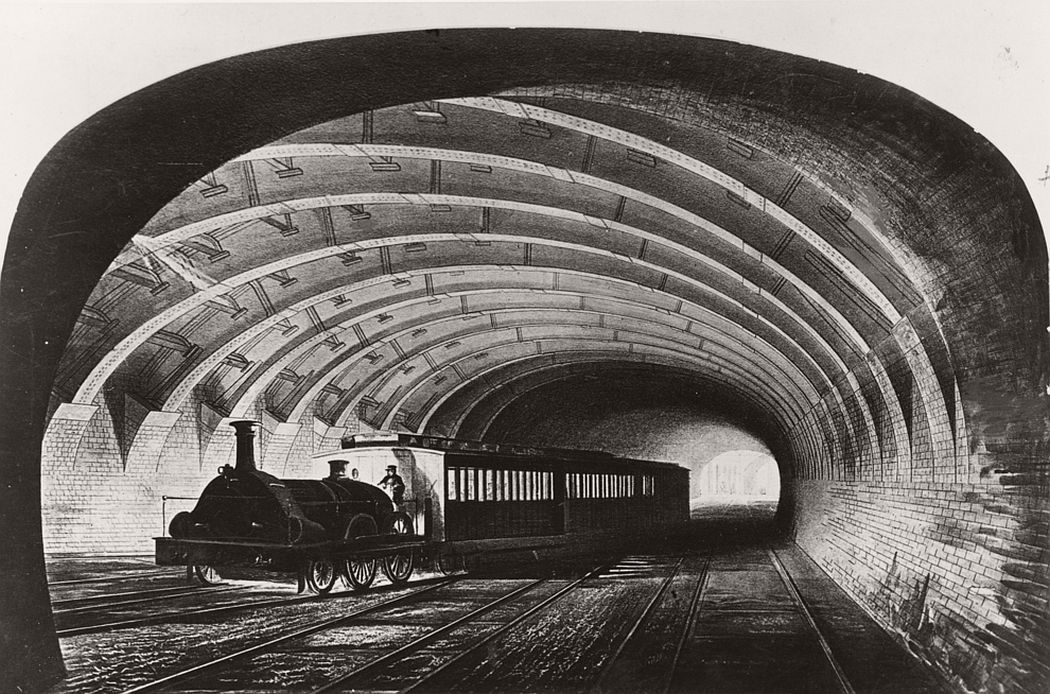 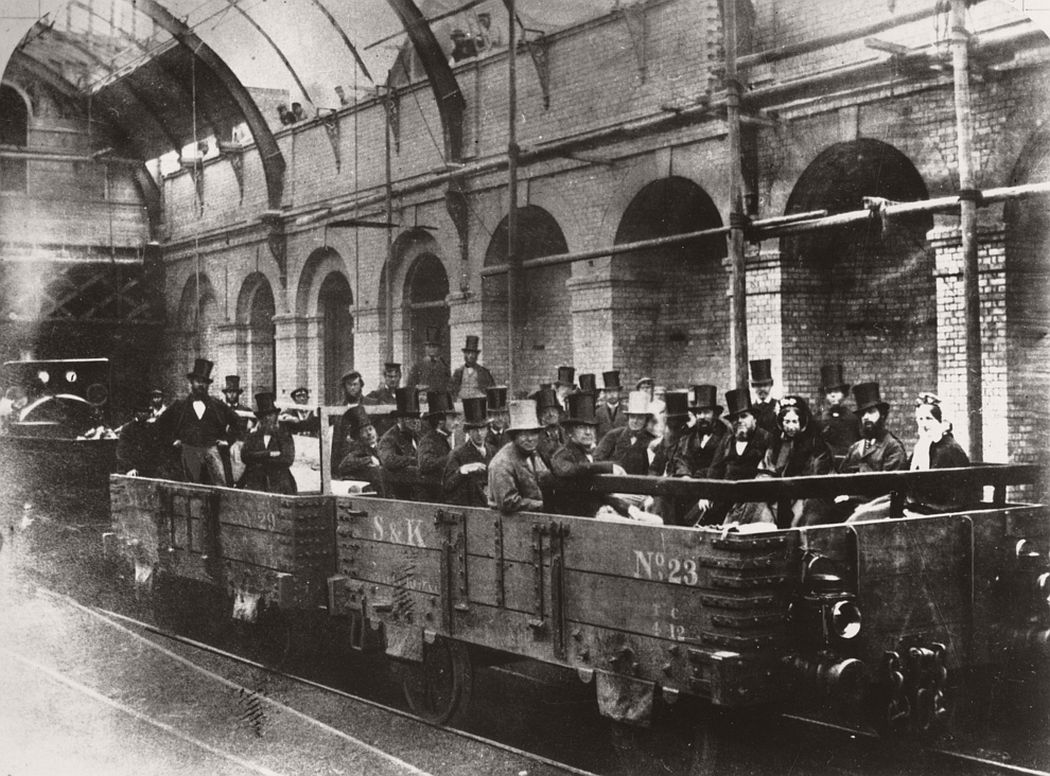 Chancellor William Ewart Gladstone on an inspection tour of the world’s first underground line, 24th May 1862. 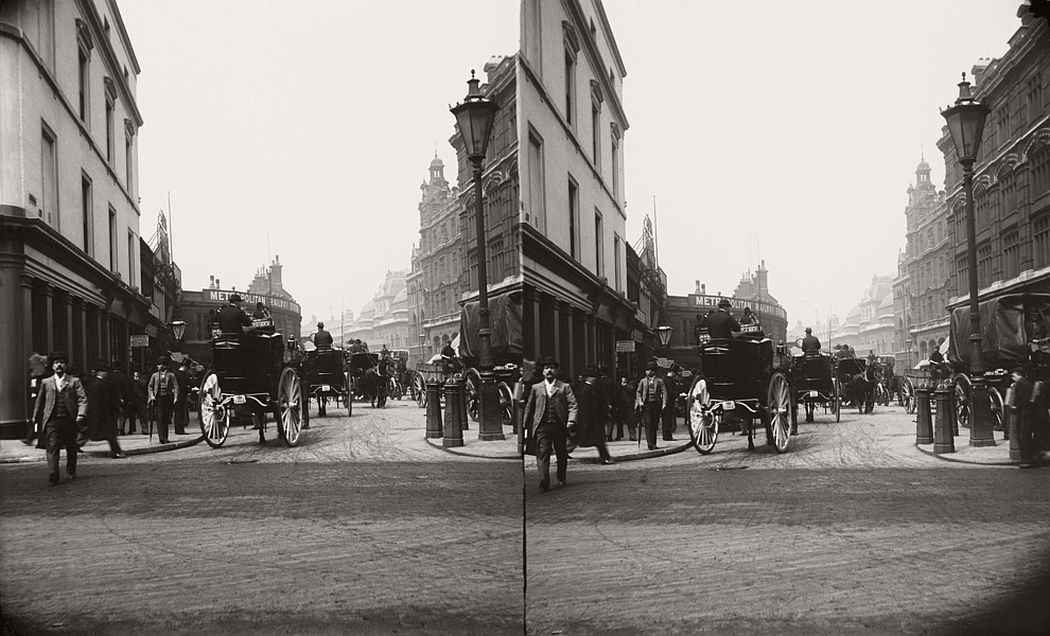 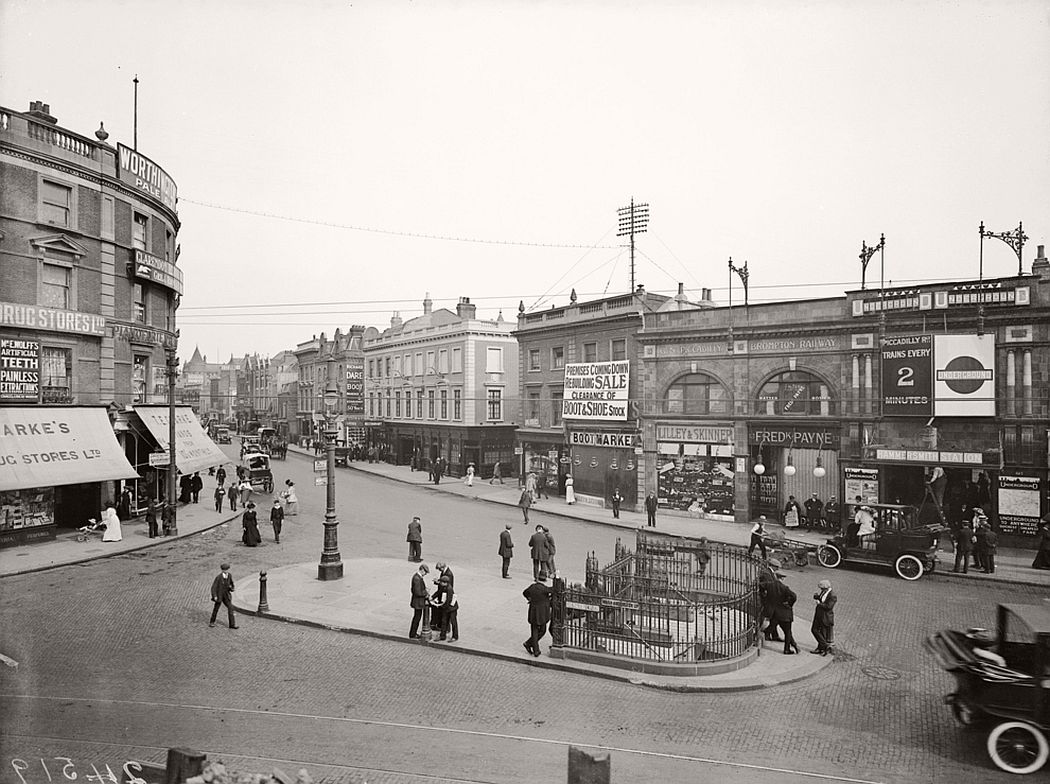 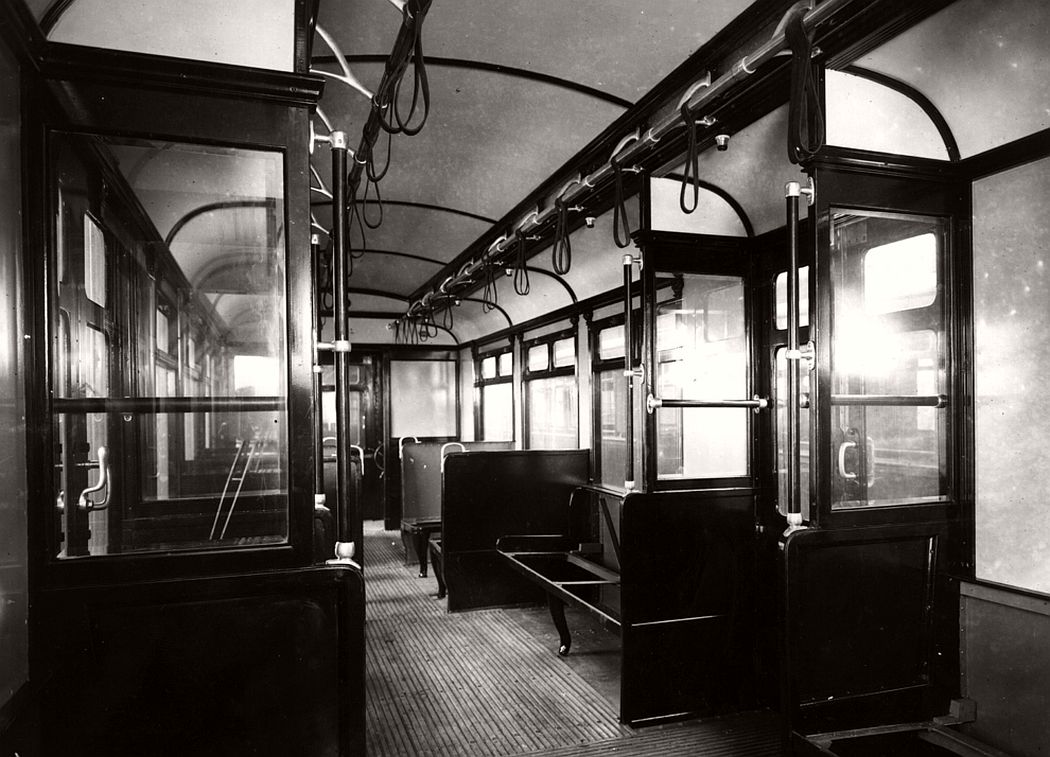 The interior of a District Line Underground carriage, 1911. 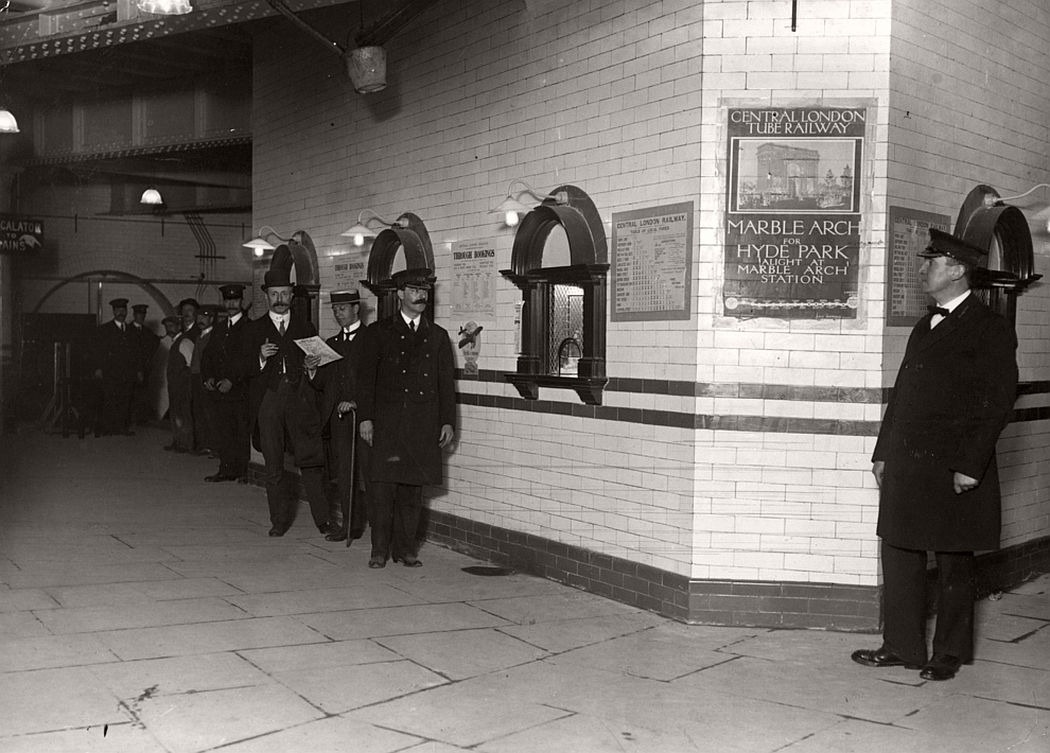 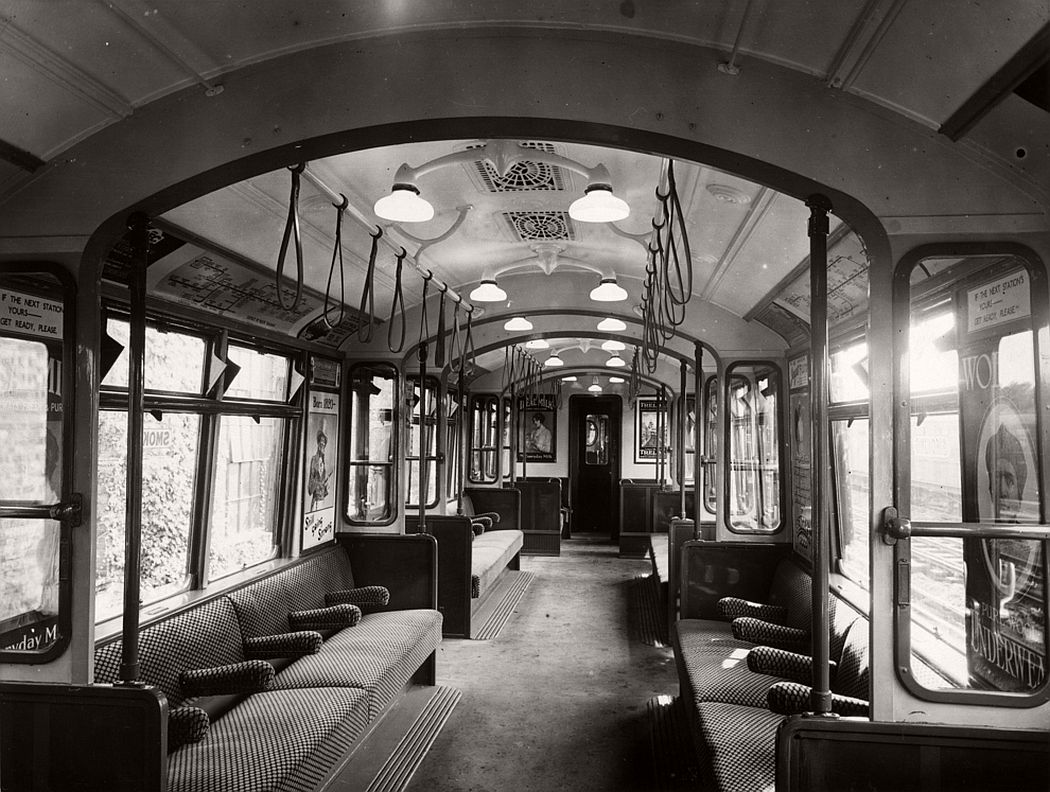 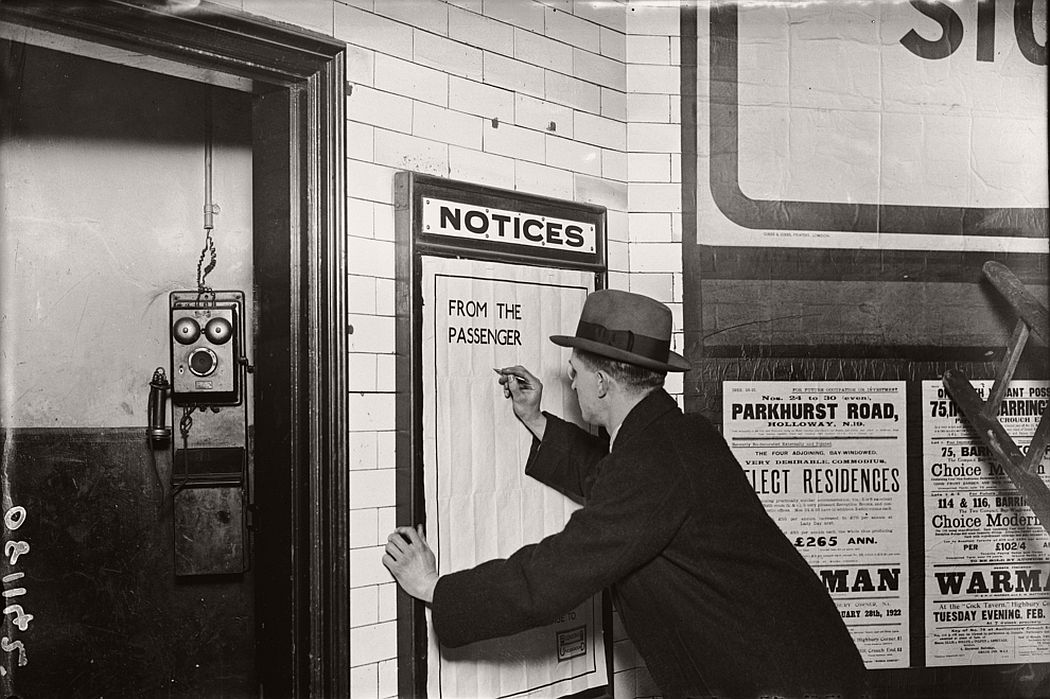 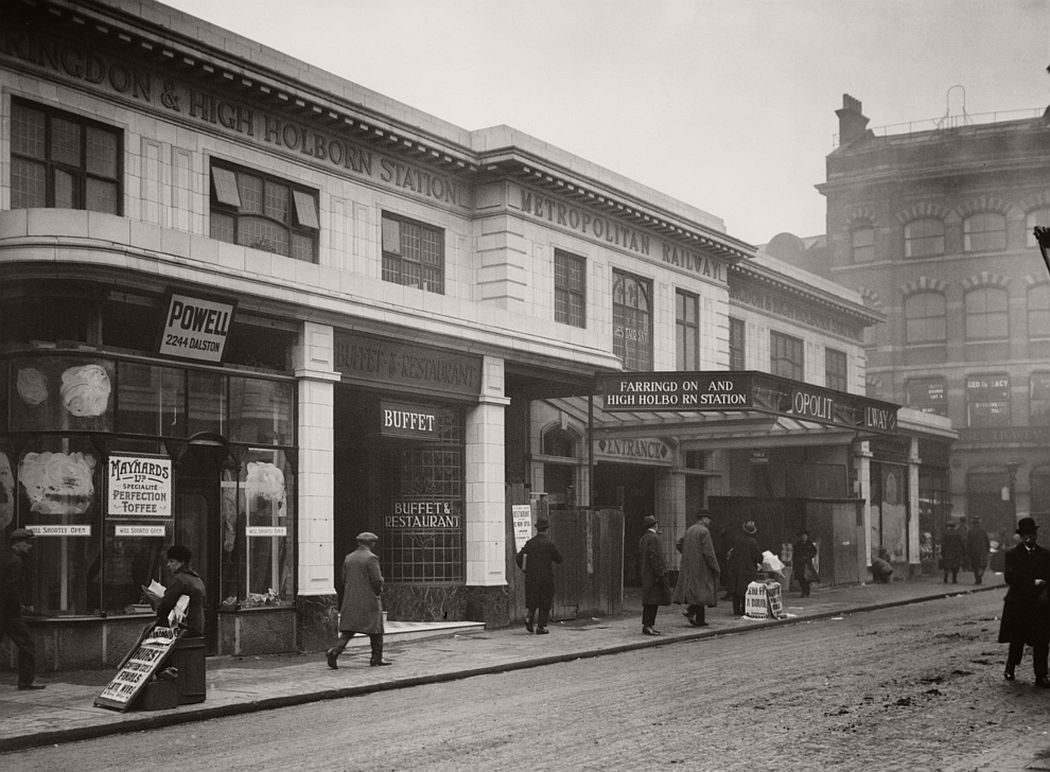 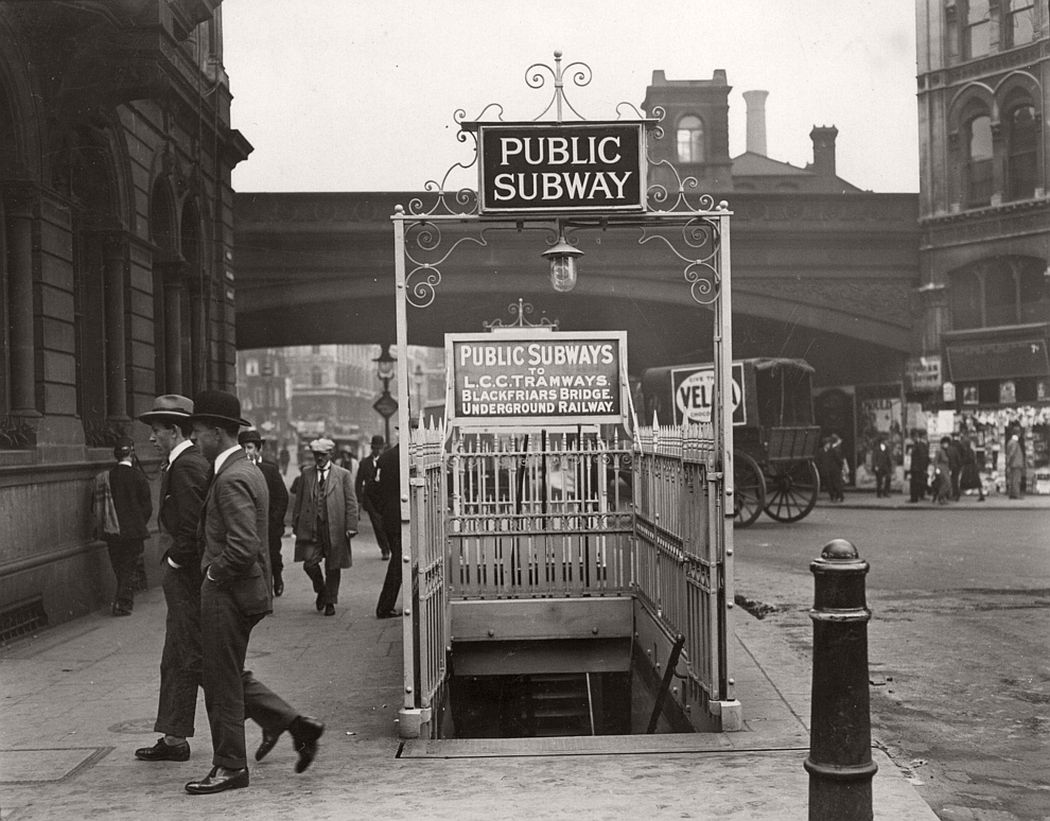 The entrance to Blackfriars Underground station, 1924. 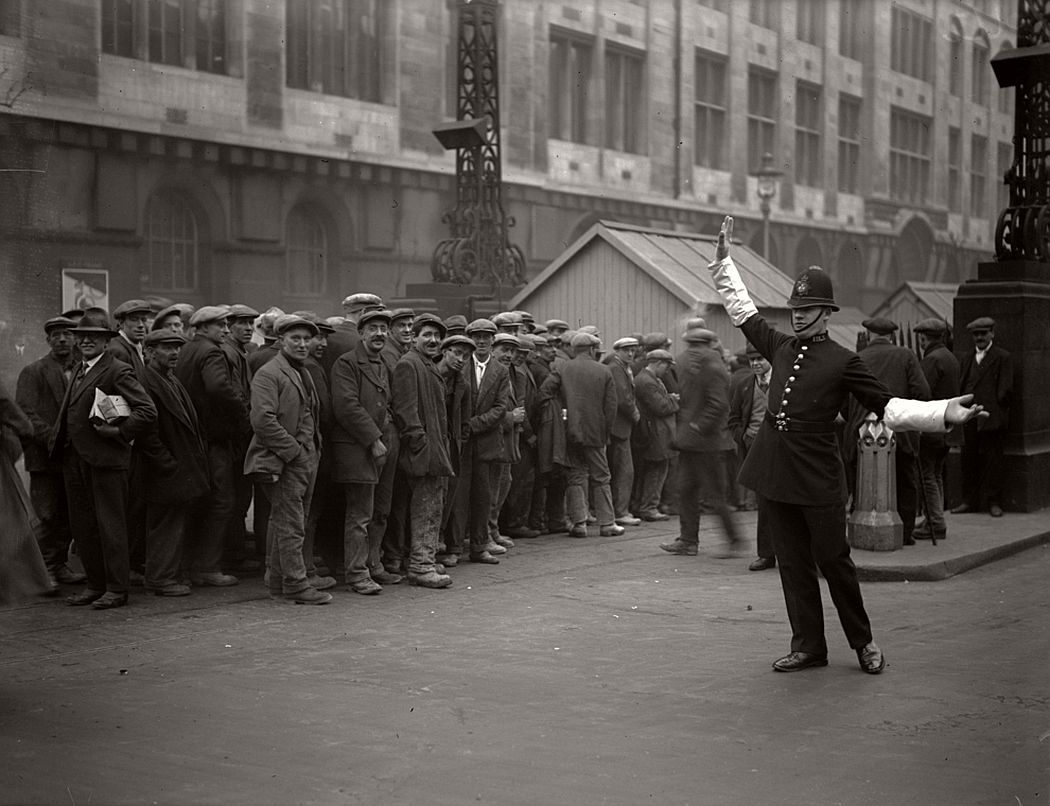 London tram workers queue up for their pay at the tram subway in Kingsway, High Holborn, 1926. 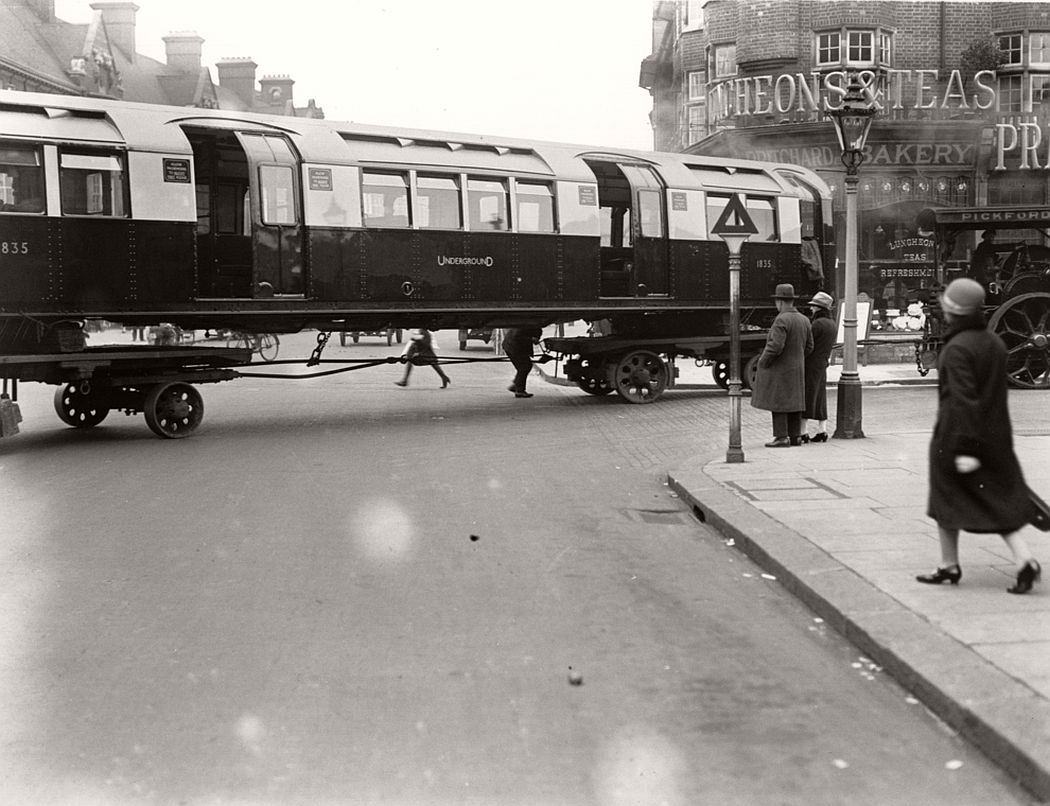 An underground train being transported on wheels through the streets of London, 1926. 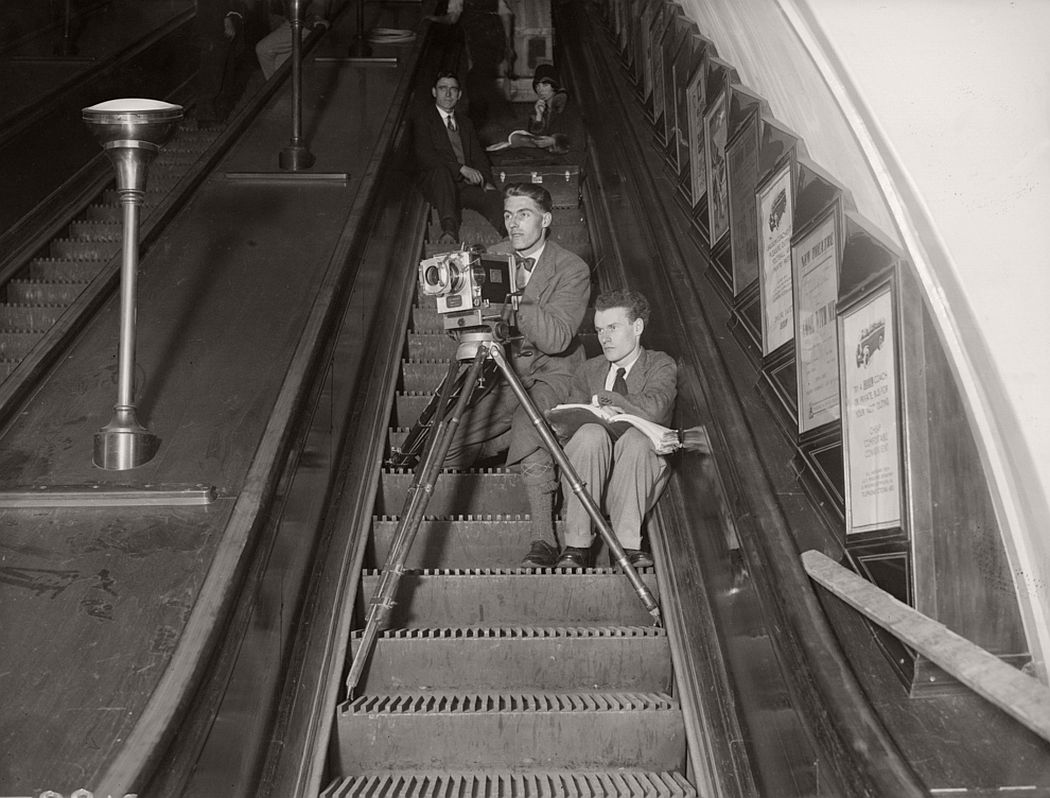 British director Anthony Asquith (1902-1968), right, directing his new film ‘Underground’ from an escalator on the London underground, May 1928. 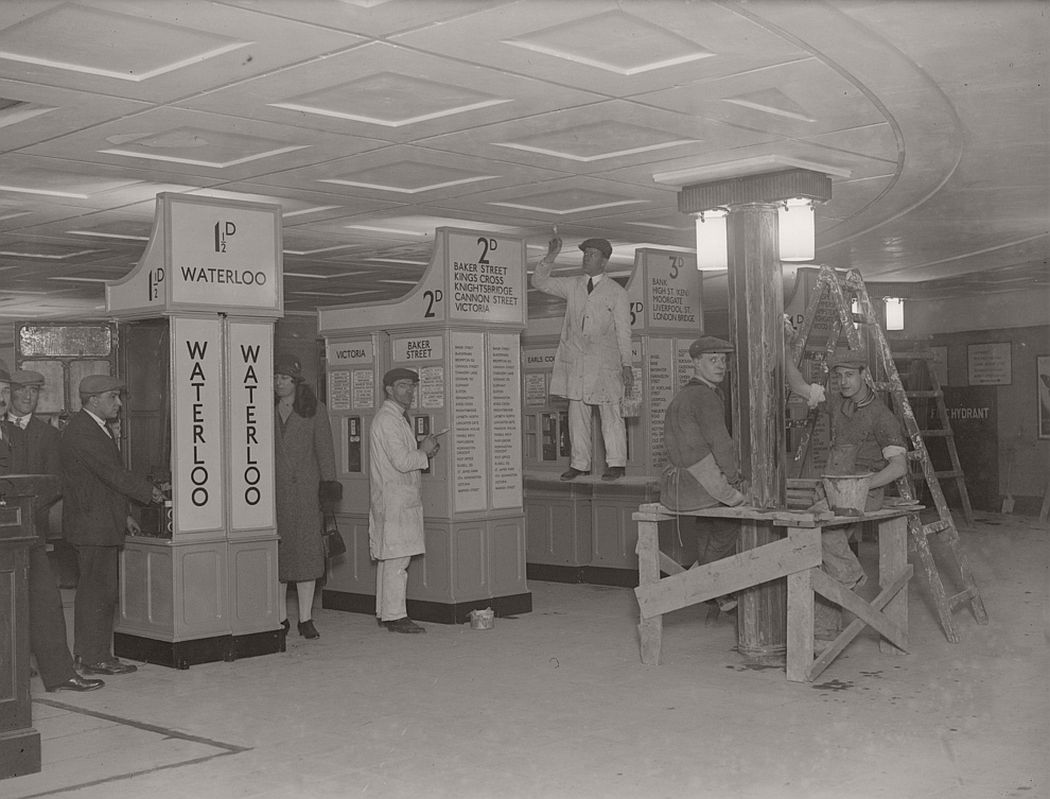 Construction work at the ticketing area of the new Piccadilly tube station, 1928. 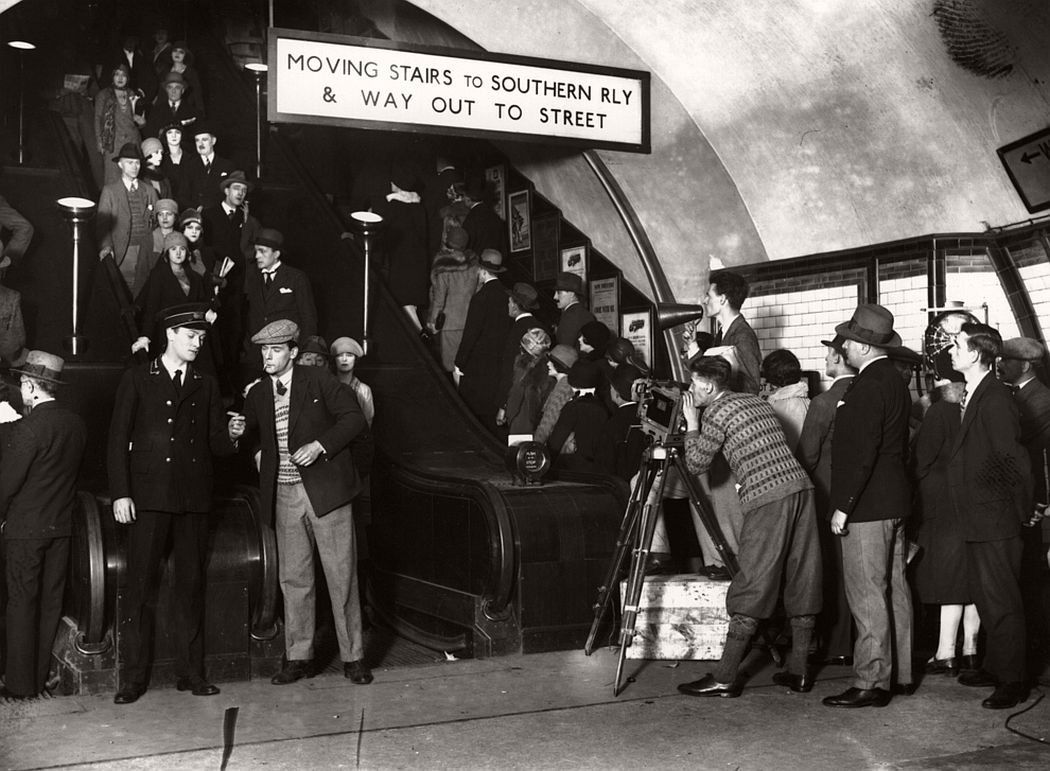 The Hon Anthony Asquith filming commuters for his film of the underground, 1928. 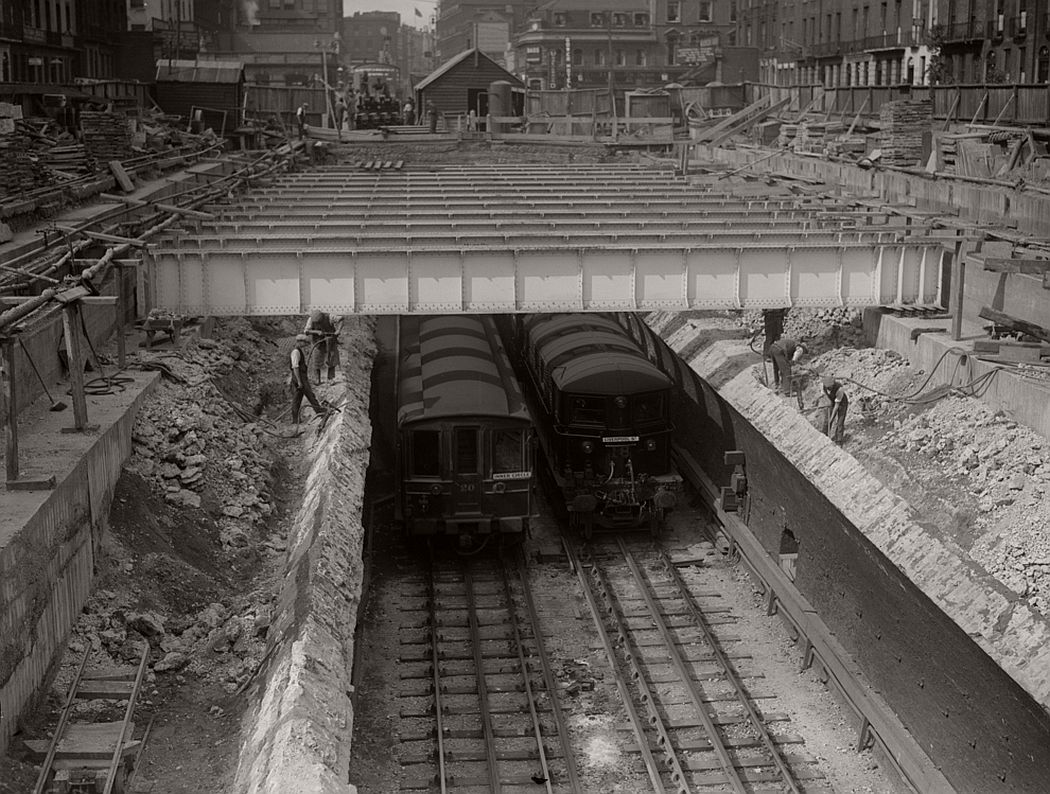