Hamiltons presents Roger Ballen’s most recent and highly anticipated body of work The Theatre of Apparitions for the first time as a series. In true Ballenesque style, the series takes the reader on a journey into their subconscious. Ballen’s choice of title is to convey the theatrical mechanics in which mental forms of life – dreams, the imagination and memories – act out on stage for the psyche.

“These are spirit drawings… they are the permanent record of a bubbling up of deeper, more primal psychological realms made manifest on a surface through the interaction between a particular individual and fluid, physical materials.” Roger Ballen

Ballen was inspired by hand-drawn carvings he saw on blacked-out windows in an abandoned women’s prison, where a prisoner had drawn figures into the black paint leaving herself with nothing but the dim light and stark walls. This led to Ballen’s own experimentation with spray paints on glass, on which Ballen would then either draw on or remove the paint from to let light through, resulting in otherworldly, pre-historic-like cave paintings. Like the unconscious, these drawings are timeless. The black, dimensionless spaces on the glass are canvases for Ballen’s thoughts to be carved.

Ballen says the images were rarely planned, but rather the results of a spontaneous process in which the material created mysterious and unimaginable outcomes. Such images are not purely drawings, as without Ballen’s extensive knowledge in black and white art photography, capturing such drawings would not have been possible. His deep understanding of the ability of the camera to integrate form and content was crucial in creating these unique images. The images explore the relationships between human and canine, bird and beast, harking back to ancient shamanistic visions and sacred symbols that Ballen believes to be inherited and imbedded in humans through evolution.

“The images occupy a perceptual realm – a fragmented world of part-objects where fears of annihilation and chaotic perceptions merge reality and fantasy, self and other. These silhouettes are flickering archetypes originating from the collective unconscious of human kind.” Roger Ballen

Born in New York 1950, Roger Ballen has been based in Johannesburg, South Africa since the early 1980’s. The photographer was originally drawn to South Africa to work as a geologist, but his enthusiasm for photography strengthened and he has now been taking photographs there for more than thirty years. Now best known for his psychologically powerful and masterfully composed images, Ballen’s first venture into photography during his college years was primarily politically and socially oriented, with a photojournalistic angle. This outlook continued into his preliminary works taken in South Africa, as seen in his book Platteland: Images from Rural South Africa (1994). With an empathetic and journalistic attitude, Ballen portrayed white people living on the margins of society in remote rural towns. These striking works broke a lot of taboos and were met with hesitance by the public. He later found himself becoming part of a community who lived within a three-storey warehouse in Johannesburg. Inhabited by those on the fringes of society – poor workers, witchdoctors, criminals, isolated individuals and animals – Ballen built a rapport during his frequent, often daily visits, and was able to photograph and record their primitive conditions. These powerful images were published in subsequent books Shadow Chamber (2005), Boarding House (2009) and Asylum (2011). Ballen’s black and white works are often considered to be psychological, penetrating the viewer’s consciousness, blurring the layers between art and documentary with a playful dark humour, unnervingly displacing one’s sense of reality. One consistency is his noted interest in lines – whether railings, wires walls or corners – they can be seen in element throughout. In 2012 Ballen collaborated on the music video ‘I Fink U Freeky’ with South African group Die Antwoord. He had known the group for a number of years, and a mutual admiration slowly formed. They initially worked together in 2010, when Ballen’s drawings were integrated into one of their videos. Things progressed and he soon directed their music video; ‘I Fink U Freeky’ propelled the group to new levels of recognition and has been viewed tens of millions of times online.

Ballen has had over fifty exhibitions worldwide, and his work is represented in many museums, including the Victoria and Albert Museum in London, Centre Pompidou in Paris and the Museum of Modern Art in New York. In 2013 the National Museum of African Art at the Smithsonian Institution presented a major retrospective of his work, to critical acclaim. Ballen has been the recipient of numerous awards, including ‘Photographer of the Year’ at Rencontres d’Arles 2002 and ‘Photography Book of the Year’ for Outland at Photo España in 2001. Thames & Hudson published his monograph Asylum of the Birds in 2014 and most recently The Theatre of Apparitions in 2016.

“These images share a complete absence of conscious awareness… They depict characters that live in the depths or peripheries of consciousness where they have been repressed, extruded or exiled… the apparitions are in fact answers to a calling of absence; a comforting gift from deep within ourselves or from a more spiritual realm elsewhere.” Roger Ballen 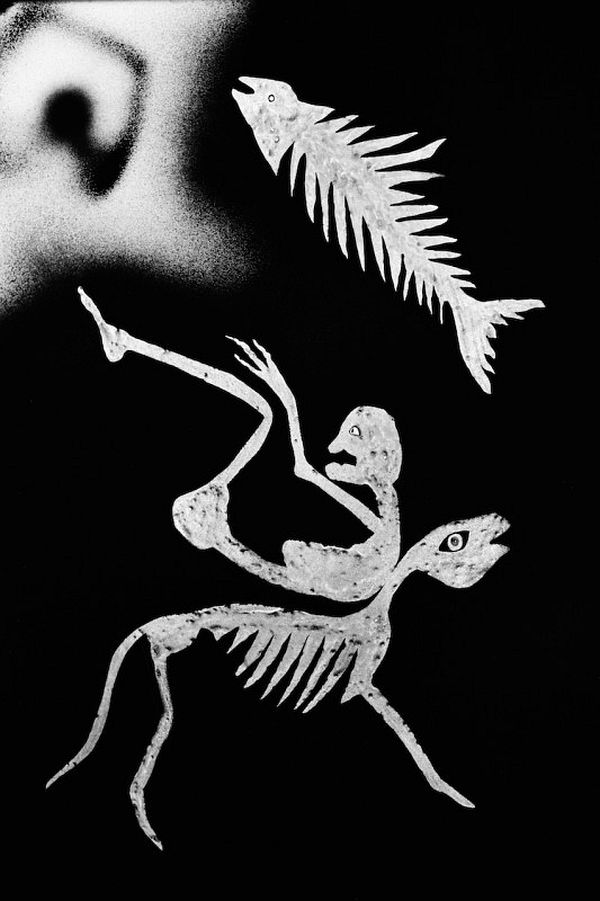 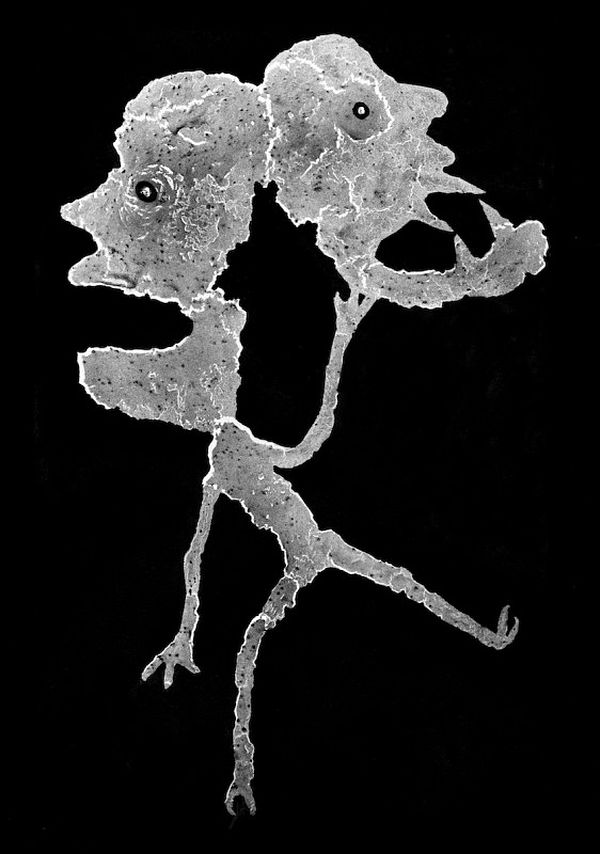 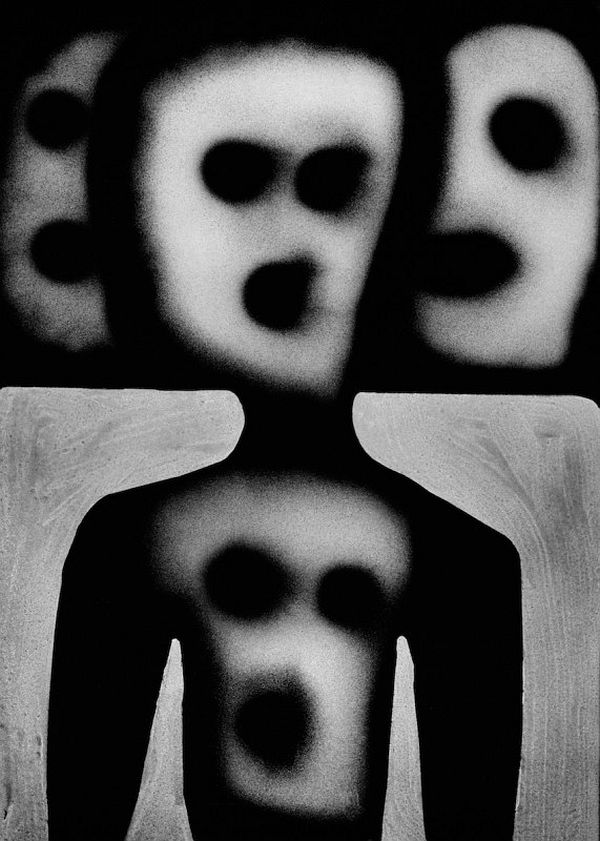 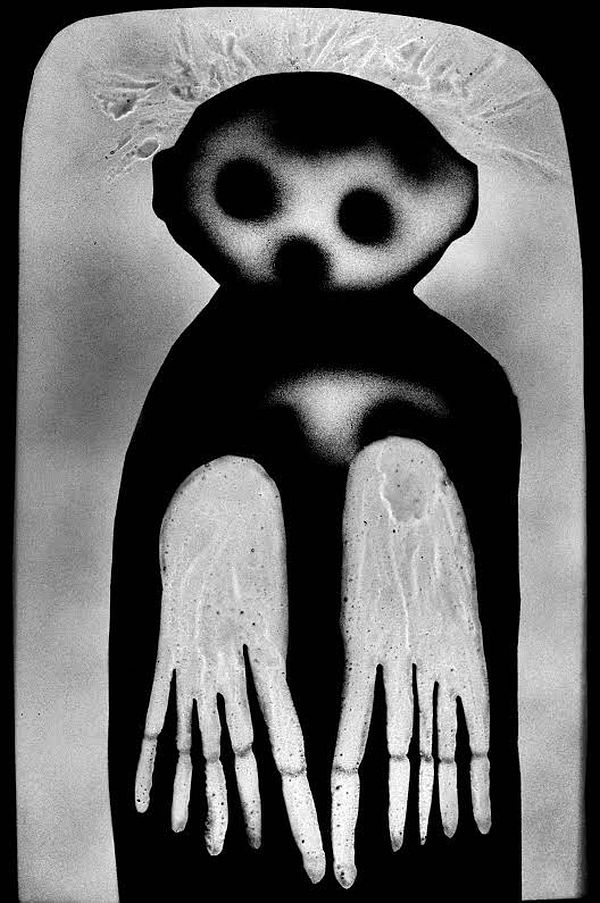 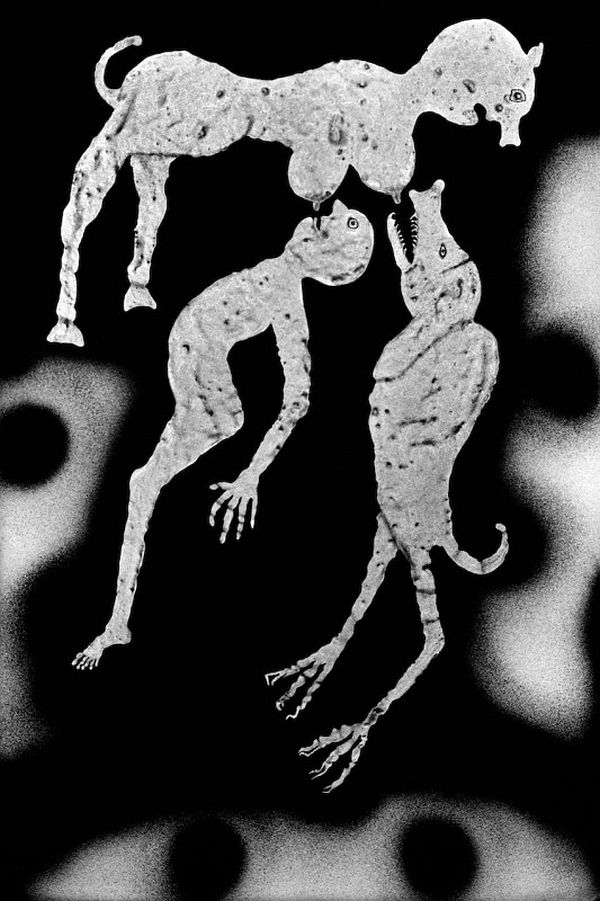