By the mid-1920s, photography and cinema were at the forefront of the arts in the Soviet Union. In 1924, Aleksandr Rodchenko had abandoned painting and turned to photography, which offered artists fresh ways of seeing, unexpected angles, innovative contrasts and perspectives, and new possibilities for composing a two-dimensional image. He introduced constructivist ideology to photography, elevating the medium from the purely documentary to the level of fine art.

On view in Constructing the Frame is a rare photocollage by Galadzhev, Maquette for the Front Cover of Dreams (Operator Frantsisson), that combines cinema, photomontage, typography, and graphic design in a dynamic expression of the spirit of the mid-1920s. The collage celebrates the famous Soviet cinematographer Boris Frantsisson, who shot Sergei Eisenstein’s first film, Glumov’s Diary (1923), and whose name, along with the Cyrillic word for cameraman, frames a portrait of the cinematographer surrounded by symbols of progress and modern life — the Zeppelin Hansa (later Lufthansa), an airplane, and a camera.

Photographers found that the construction of a strong, carefully framed composition was key to both the development of a fresh style and the communication of their message. Ignatovich documents advances in literacy among the working class in Still Life, 1928; the workers’ hands and the newspaper Soviet Labor, shot from above, are surrounded by the circular shapes of cups, teapots, biscuits, and sausages. Bold, formalist compositions that focused on a single detail of an event or concept could create powerful metaphors, as in Ignatovich’s 1929 photographs of drums and of reaping wheels. These photographs, both dominated by round, massive shapes, are powerful examples of synecdoche: the performance of the orchestra is conveyed solely by the drums, while the reaping wheel embody the larger subject of agricultural growth.

Compositions with such a strong geometric component helped to create a sense of space and were especially effective in capturing the ambitious technological and industrial projects that were sweeping the country. An image by Ignatovich shows a worker crossing a beam with a long board, balancing like a circus performer; the beam and board cut diagonally across the vertical orientation of the image from opposite directions, while Ignatovich shoots from below, so that the worker seems suspended in the air. This photograph so impressed El Lissitzky that he used it for the 1930 cover of Russland (Russia. The Reconstruction of Architecture in the Soviet Union [New Ways of Building in the World], vol. 1). Lissitzky also used Shaikhet’s 1928 circular composition of Construction of the Globe at the Moscow Telegraph in his photomontage for the Soviet Pavilion at the International Hygiene Exhibition in Dresden in 1930.

Similarly, in Khalip’s On Guard, which recreates with astonishing precision a sketch for the shot made by Rodchenko, the yawning mouth of a large-bore cannon is counterbalanced by the tiny circles of the naval officer’s binoculars. The composition is constructed only with three elements of various sizes, in keeping with Rodchenko’s belief that contrasts in size across visual planes helped an image make a strong impression.

Photographers were not concerned only with the formalist aspect of a shot. Emotional expression was equally important, as seen in Ignatovich’s photograph Youth, 1937, whose strong triangular composition celebrates the spirit of adolescence and the future of the country. In a satirical photomontage from 1934, Georgy Petrusov teases his colleague Dmitri Debabov by showing Debabov standing on his head — and still holding his camera and photographing. Also on view is one of Rodchenko’s first and most famous photographs, a psychological portrait of Mayakovsky. The portrait was made as a collaboration between the artist and the legendary poet, whose piercing eyes bring the image to life.

The masters of Soviet avant-garde photography expanded the range of the medium through these experiments with composition, introducing new techniques to photojournalism and enhancing the unique visual language of photography. 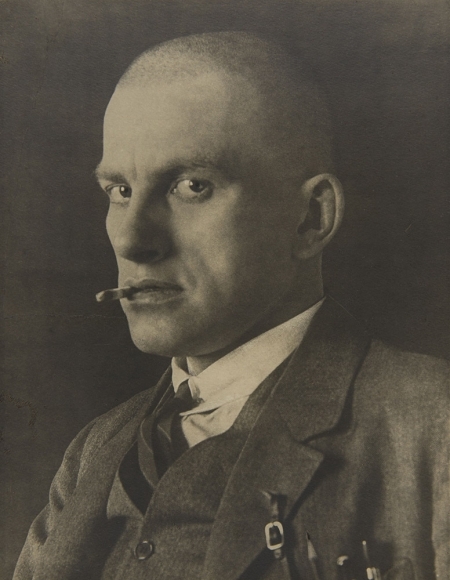 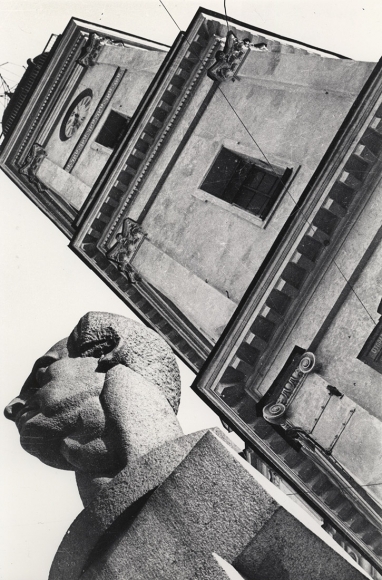 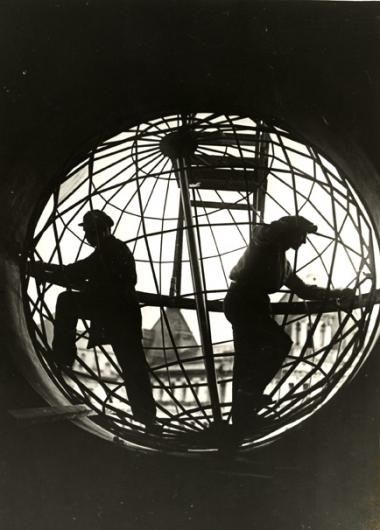 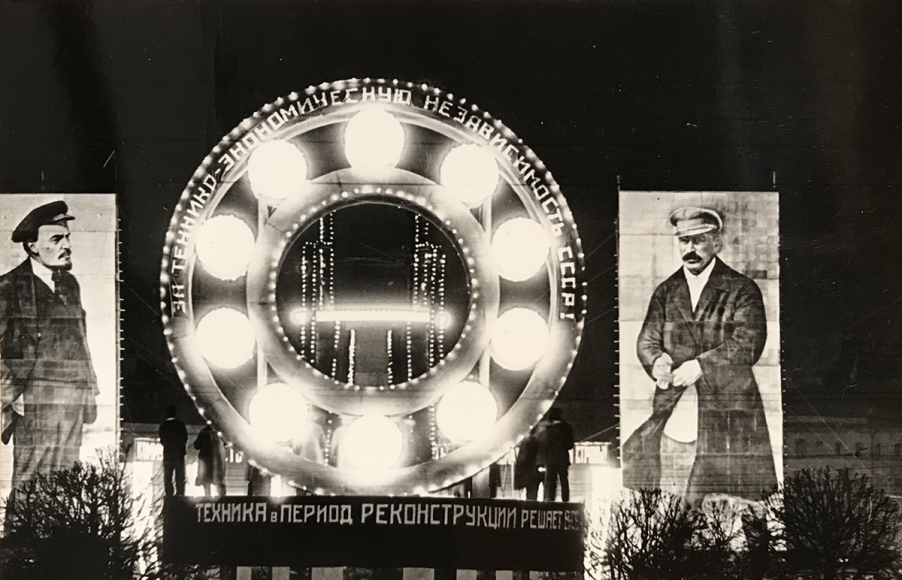 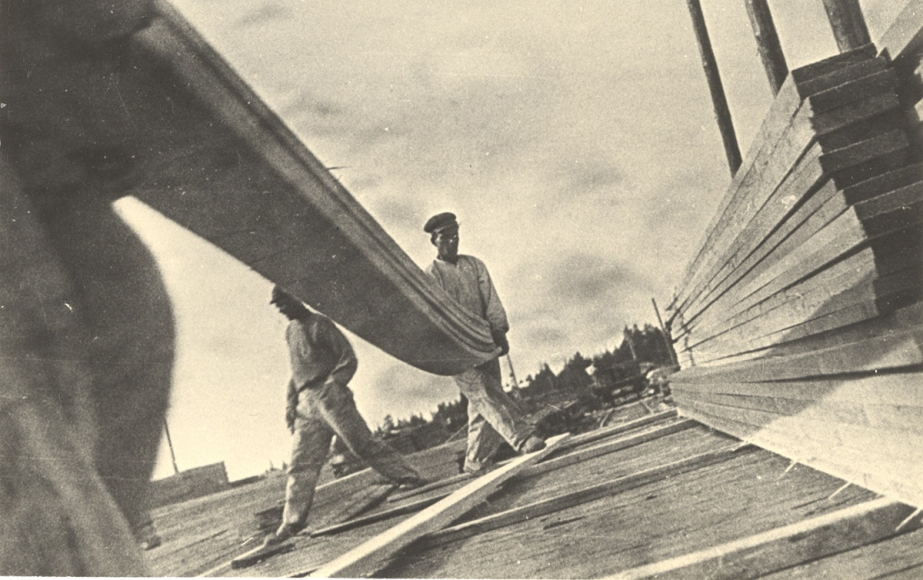 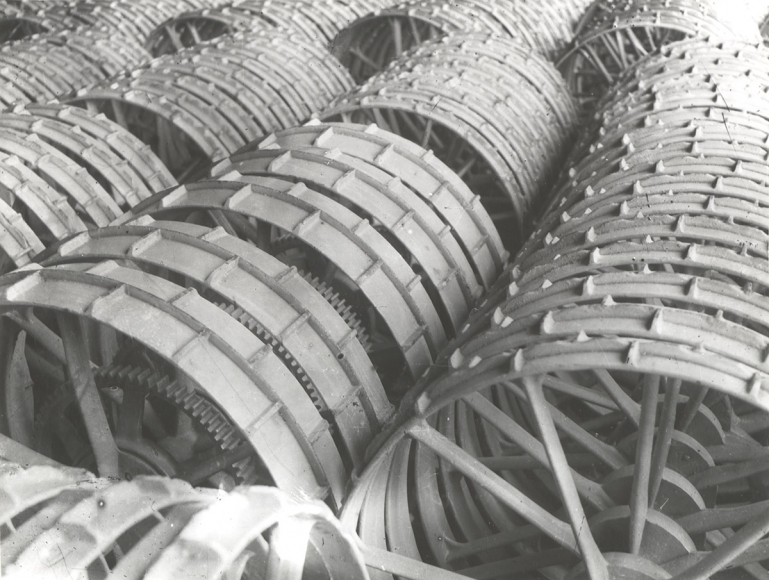 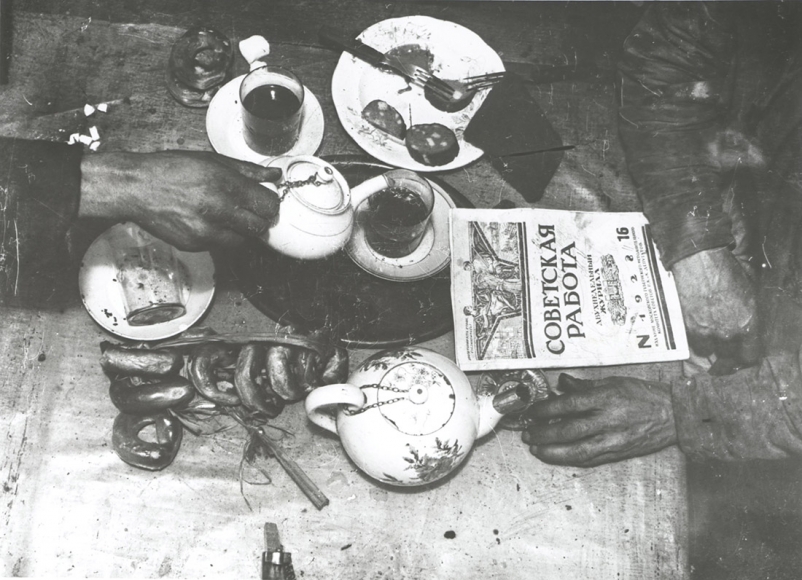 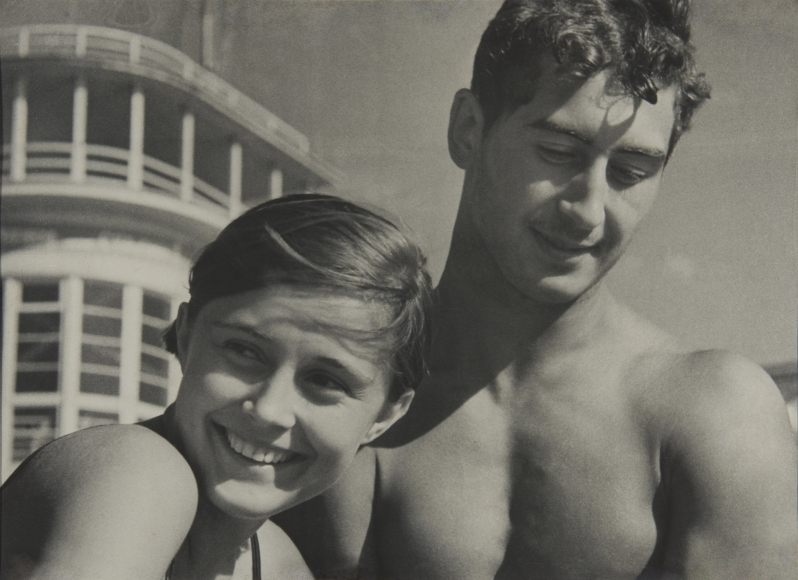