One of the most prominent pioneers of Soviet photography, Petrusov (1903–1971) was instrumental in documenting major accomplishments in Soviet industry, architecture, sport, and culture. Our exhibition includes works representative of the artist’s striking experimental style, which was characterized by both structured compositions and fresh new perspectives. For example, in his View from Maxim Gorky Airplane (the Derzhprom), 1930, Petrusov shoots from a high point of view—unprecedented at the time—and employs a combination of bright sunlight and deep shadows to create the bold geometric shapes that are hallmarks of Constructivism. This style is also particularly suited to the architectural rigor of the concrete towers, considered Europe’s first skyscrapers. To achieve this effect, Petrusov flew in the Tupolev ANT-20 Maxim Gorky, at the time the largest airplane in the world.

Petrusov worked alongside avant-garde photographers including Aleksandr Rodchenko, Arkady Shaikhet, Max Alpert, and Dmitri Debabov, to name a few, and in the mid-1930s he created a brilliant series of caricatures of his friends, expressing humor by purely photographic means. Petrusov shows Rodchenko’s round, shaved head, montaged with the artist’s profile, in such a way that the viewer feels movement within a static composition. In another image, Debabov playfully stands on his head, with one hand supporting himself on the ground and the other holding his camera, in the act of photographing; and in still another, Petrusov distorts Boris Kudoyarov’s grinning face by bending the paper during the exposure. Some of these photographs were exhibited in the seminal 1935 exhibition “Masters of Soviet Photography” in Moscow.

Like his colleagues in the 1930s and 1940s, Petrusov was a key creator of the myth of a happy Soviet life. A festive group of farmers sits carefully arranged in circles in Lunch in the Field, 1934, and an incredible sense of height, one evocative of the work of easel-painters, is featured in The Armenian Delegation at Sport Parade, Red Square, Moscow, 1935. Using Red Square as a theatrical stage, Petrusov structured the composition as a cinematic shot, focusing on the trio of athletes in the foreground and the sunlit silhouettes of dancers in the distance.

Petrusov actively contributed to the USSR in Construction magazine (1930 -1941). In 1935, designer Nikolai Troshin and writer Viktor Shklovsky used Petrusov’s photographs for the special issue No. 8, which was dedicated to the construction of the Moscow Metro. Petrusov used an arsenal of visual tools, from deep diagonal and vertical perspectives to highlight the vastness and grandiose scale of station interiors, to Expressionist and Pictorialist techniques, in order to convey the monumental architectural forms of these new structures.

During World War II, Petrusov served as a war photographer for Izvestia and for the Soviet Information Bureau. In the magnificent and surreal photograph Attack, Seelow Heights, 1945, he employs the technique of photomontage to accentuate the dark silhouettes of running soldiers and a dramatic sky illuminated by projectors.

Petrusov died in Moscow in 1971. Acclaimed both during his lifetime and after his death, his photographs have been shown in dozens of exhibitions around the world. In 2010, the Multimedia Art Museum, Moscow, organized “Georgy Petrusov. Retrospective: Point of View,” the artist’s first major retrospective. Most recently, Petrusov’s photographs were exhibited in “The Power of Pictures: Early Soviet Photography, Early Soviet Film” at the Jewish Museum (15 September 2015–7 February 2016); and “Revolutsiia! Demonstratsiia! Soviet Art Put to the Test” at the Art Institute of Chicago (27 October 2017–15 January 2018). 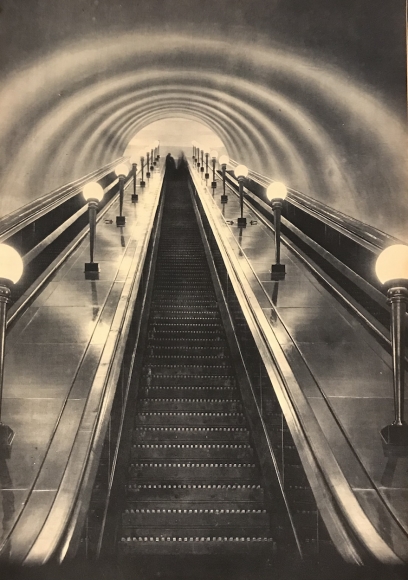 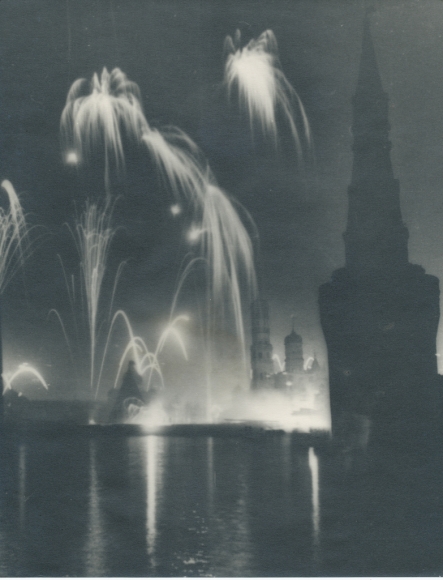 Fireworks over the Kremlin, 1940s by Georgy Petrusov 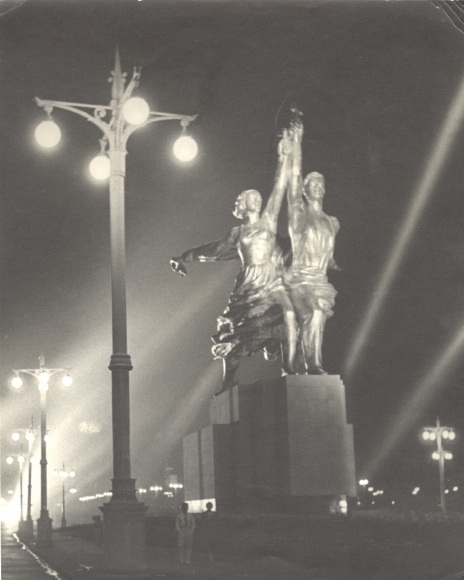 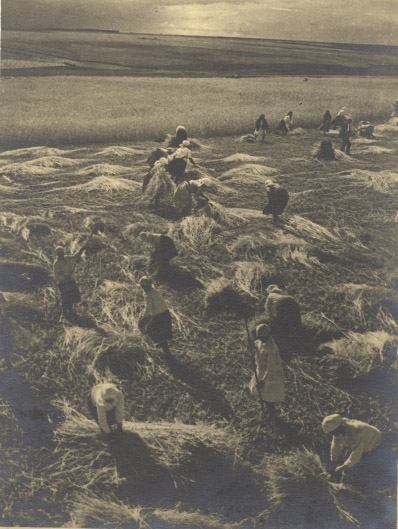 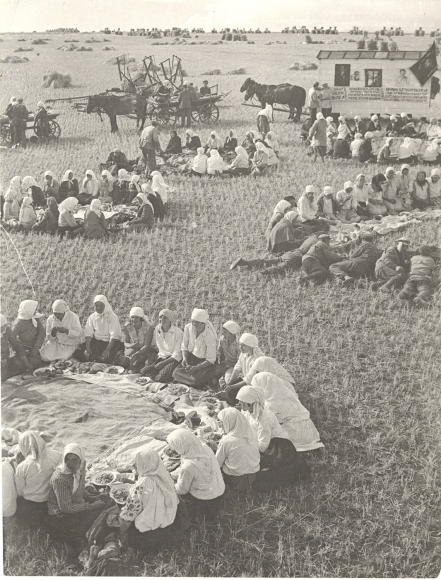