The Kingdom of Benares was given official status by the Mughals in 1737, and continued as a dynasty-governed area until Indian independence in 1947, during the reign of Dr. Vibhuti Narayan Singh. In the 18th century, Muhammad Shah ordered the construction of an observatory on the Ganges, attached to Man Mandir Ghat, designed to discover imperfections in the calendar in order to revise existing astronomical tables. Tourism in the city began to flourish in the 18th century. In 1791, under the rule of the British Governor-General Warren Hastings, Jonathan Duncan founded a Sanskrit College in Varanasi. In 1867, the establishment of the Varanasi Municipal Board led to significant improvements in the city’s infrastructure and basic amenities of health services, drinking water supply and sanitation.

The British Army committed a massacre of Indian troops and destroyed city residences during the early stages of the Indian Rebellion of 1857.

Author Mark Twain wrote in 1897 of Varanasi, “Benares is older than history, older than tradition, older even than legend, and looks twice as old as all of them put together.” In 1910, the British made Varanasi a new Indian state, with Ramnagar as its capital, but with no jurisdiction over the city proper. The religious head, Kashi Naresh, has had his headquarters at the Ramnagar Fort since the 18th century, also a repository of the history of the kings of Varanasi, which is situated to the east of Varanasi, across the Ganges. The Kashi Naresh is deeply revered by the local people and the chief cultural patron; some devout inhabitants consider him to be the incarnation of Shiva. 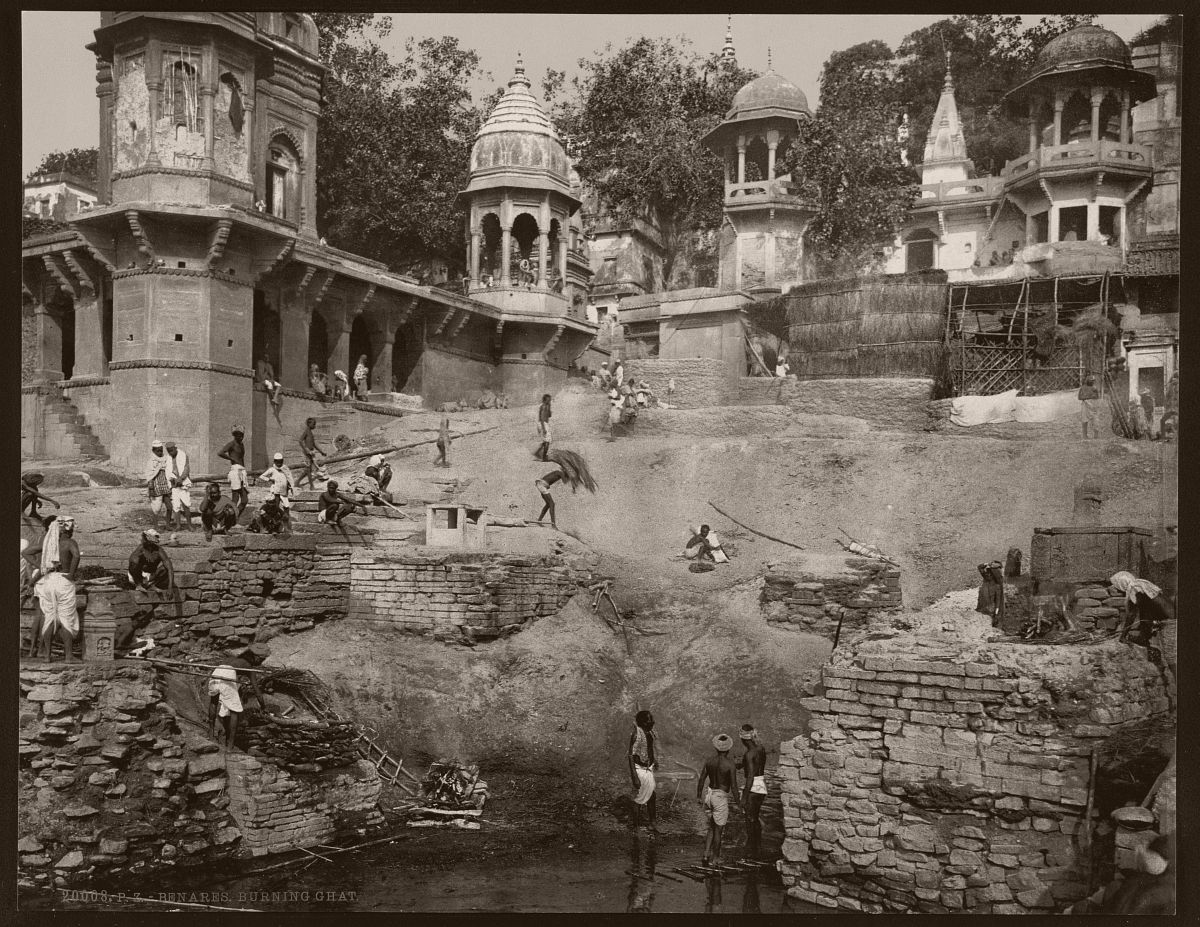 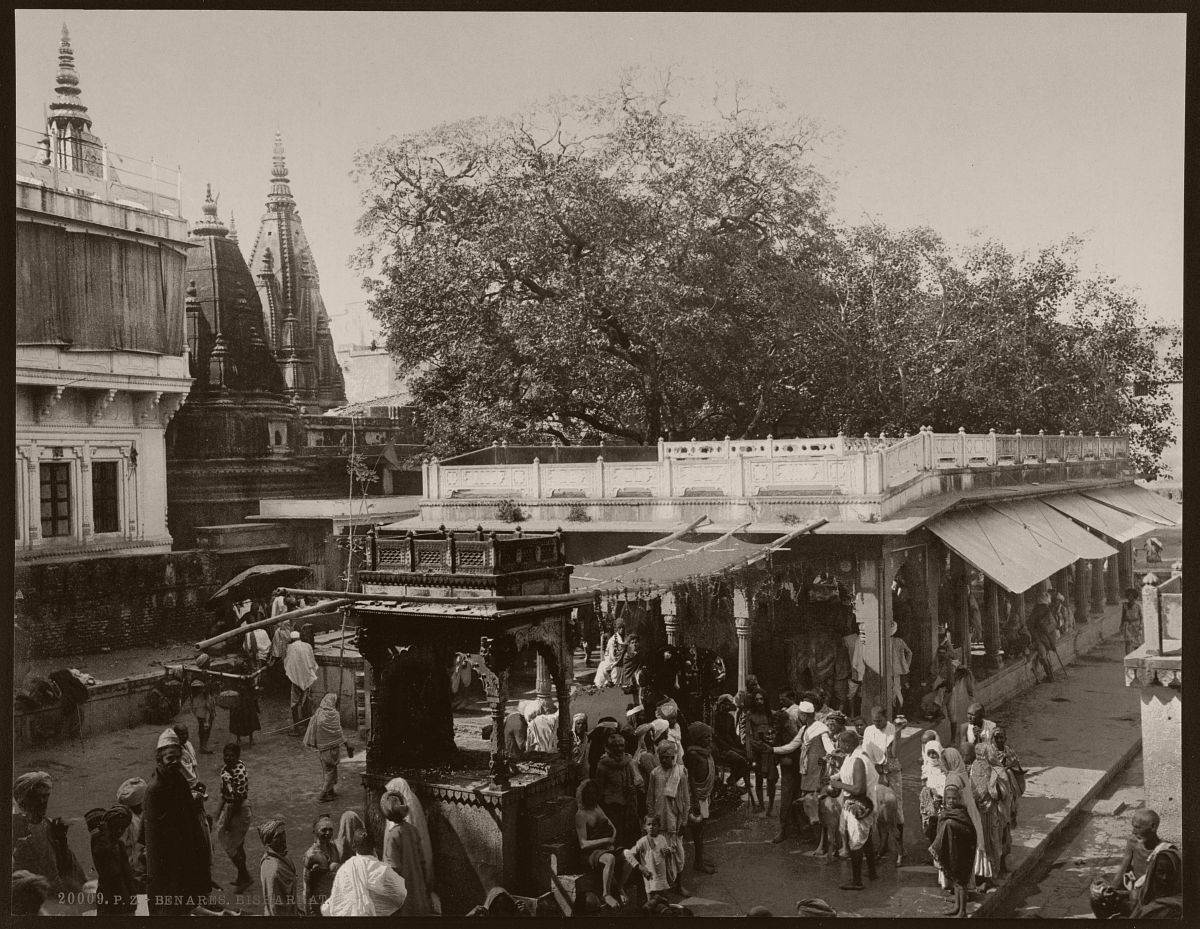 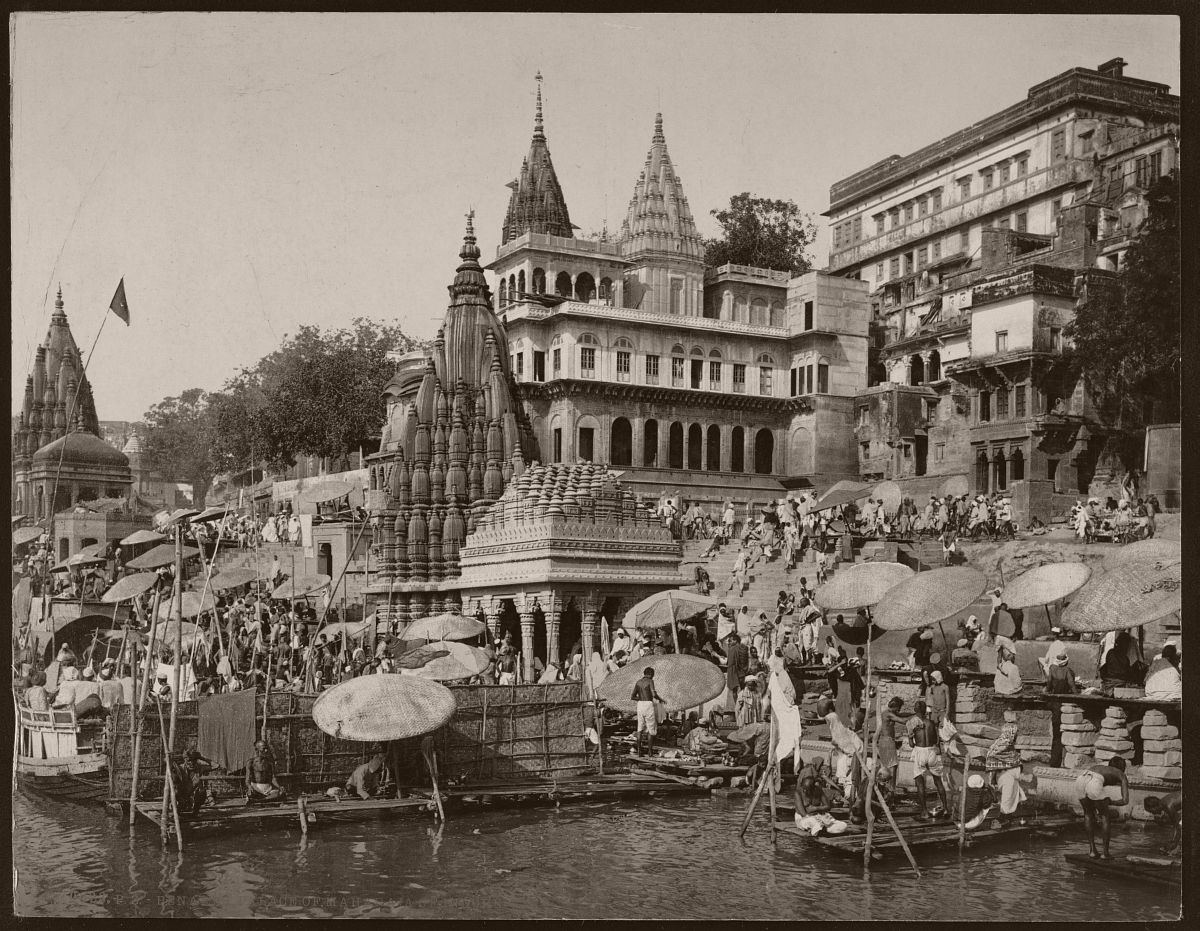 Benares. Palace of Maharaja of Indore 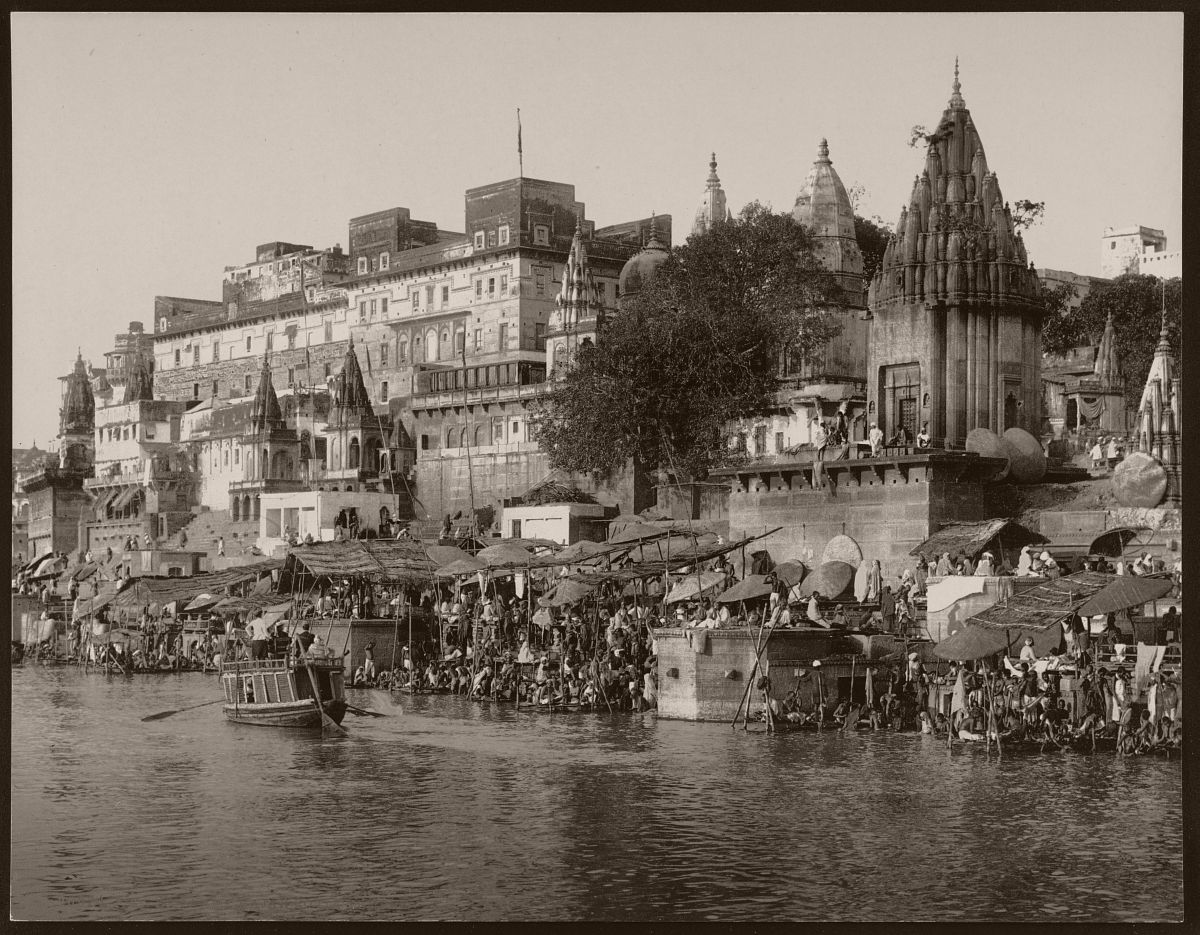 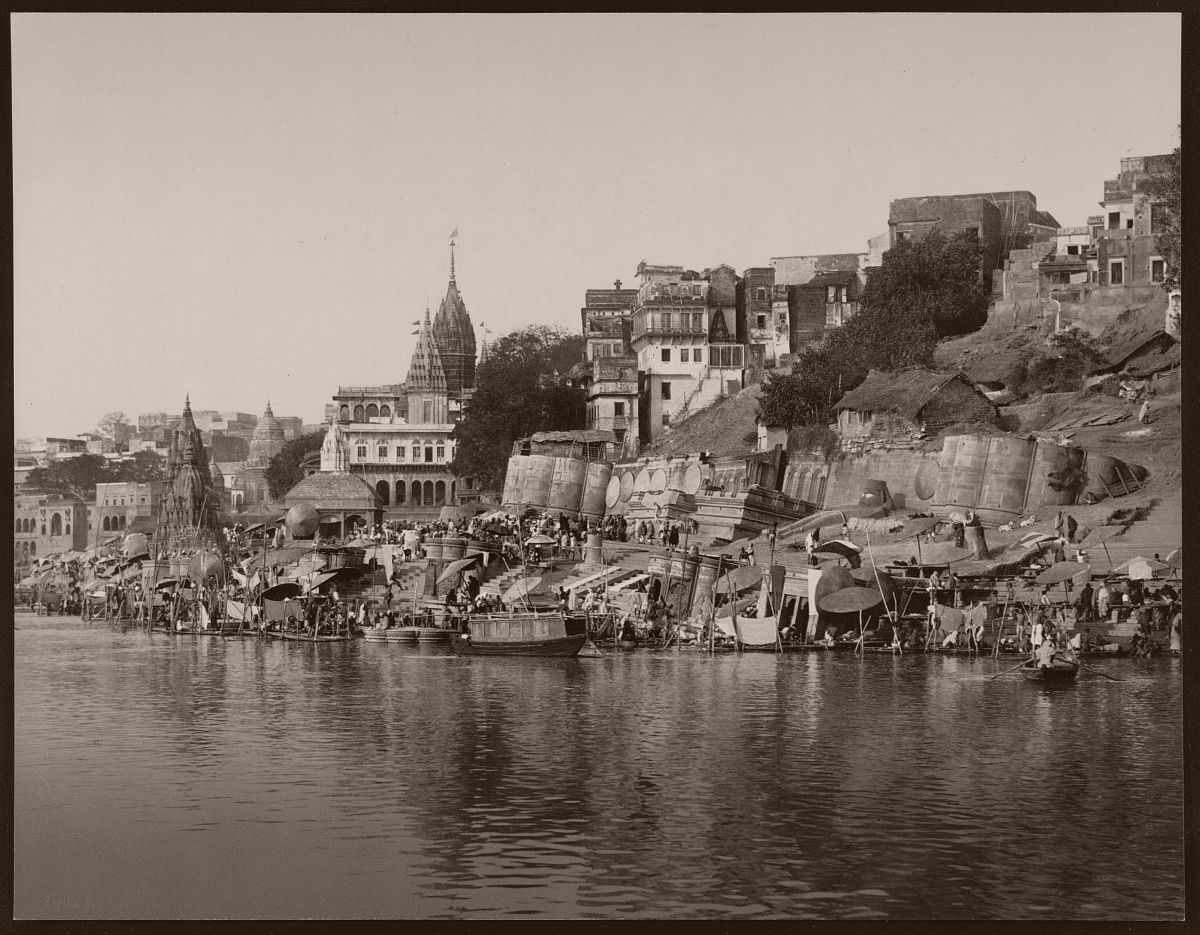 Benares. The Maharajah’s of Nagbur Ghat 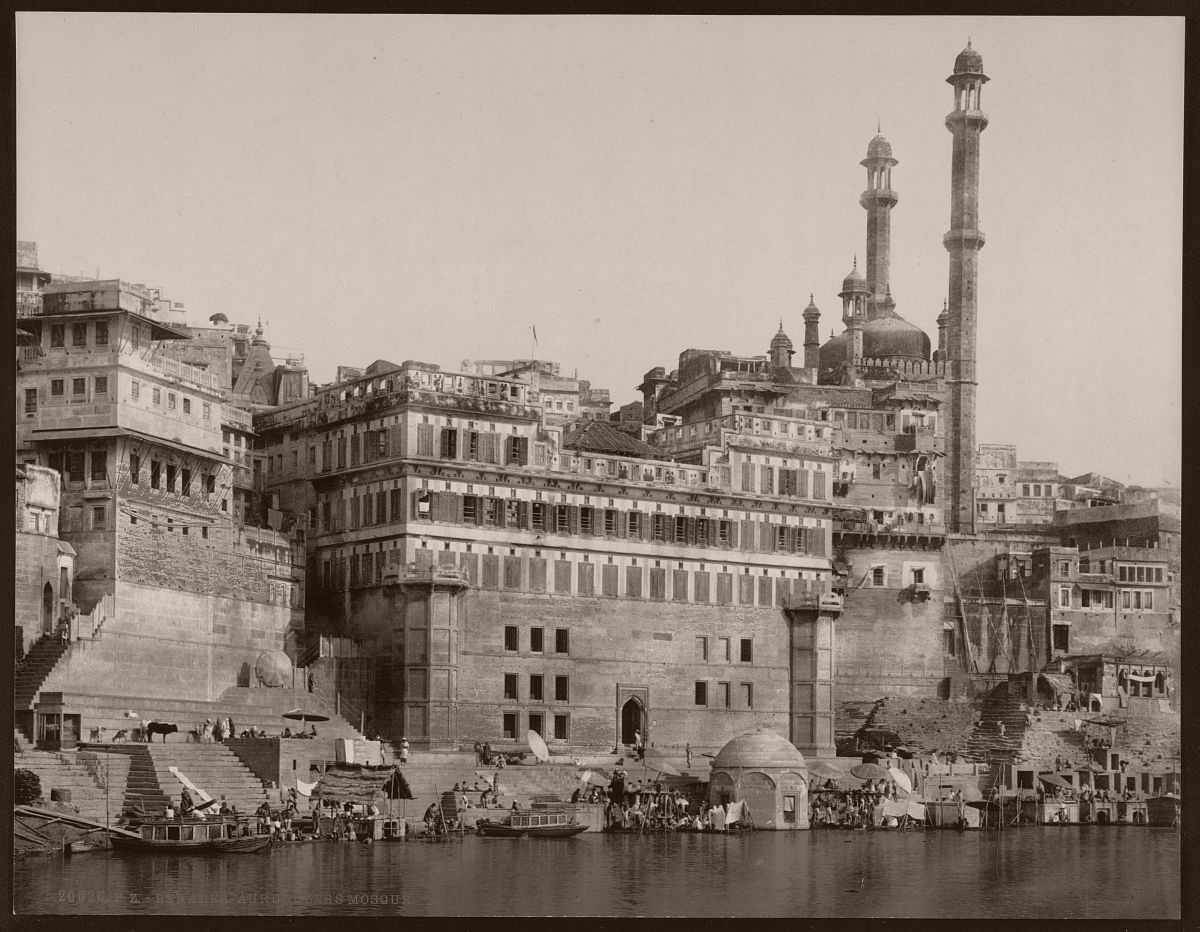