A window is a clear, flat encased plane dividing inside from outside. An object of many features; it is transparent yet offers protection, it reveals and obscures, brightens, separates, collapses, and reflects. When paired with other objects or ornamentation, a transformation takes place.

For the delicate still lifes by Josef Sudek and Karl Struss it functions as a rectangular illuminated backdrop, and it echoes a museum vitrine for the glinting knives in Issei Suda’s store display. Walker Evans, Paul Strand, William Klein, and Scott Hammond focus on the communicative possibilities of the glass as a surface upon which messages are written, painted, posted and plastered to entice passersby or tout a cause. Robert Frank, Bruce Davidson and Manuel Alvarez Bravo make use of its architectural elements to graphically highlight their subjects while employing shadow or adornment (of an outside flag or indoor curtain) to simultaneously obscure the figures in anonymity. Bill Brandt, again Robert Frank, and Sirkka-Liisa Konttinen similarly employ the opening while emphasizing the viewer’s perspective: Brandt, from below, gazing up to a uniformed housemaid; Frank from an elevated perspective, over rooftops and streets in Butte, Montana; and Konttinen looking downward at a teen applying eyeliner before a bright, cluttered kitchen window.

The reflective quality of glazing disorients, as seen in Scherril Schell’s layering of skyscrapers and mannequins; Lee Friedlander’s fracturing of a streetscape with a kaleidoscope of cars, signs, and his own hooded reflection; and Robert Doisneau’s cloaking the viewer in secrecy to catch a window-shopper’s surprised expression. The space also acts as point of contact between the interior and the exterior. In photographs by Morris Engel and Jan Yoors the young and old gather on the inside to look, and even reach outside; and Leon Levinstein finds that a sill has become a girl’s stage for an eager circle on the sidewalk below.

In each of the images on view, the artist’s vision of “dressing” provides an accent and a point of focus to an otherwise ordinary and ubiquitous architectural element. However, highlighting a detail can also be a diversionary and illusory tactic. The spectator must step in to decipher the material truth. 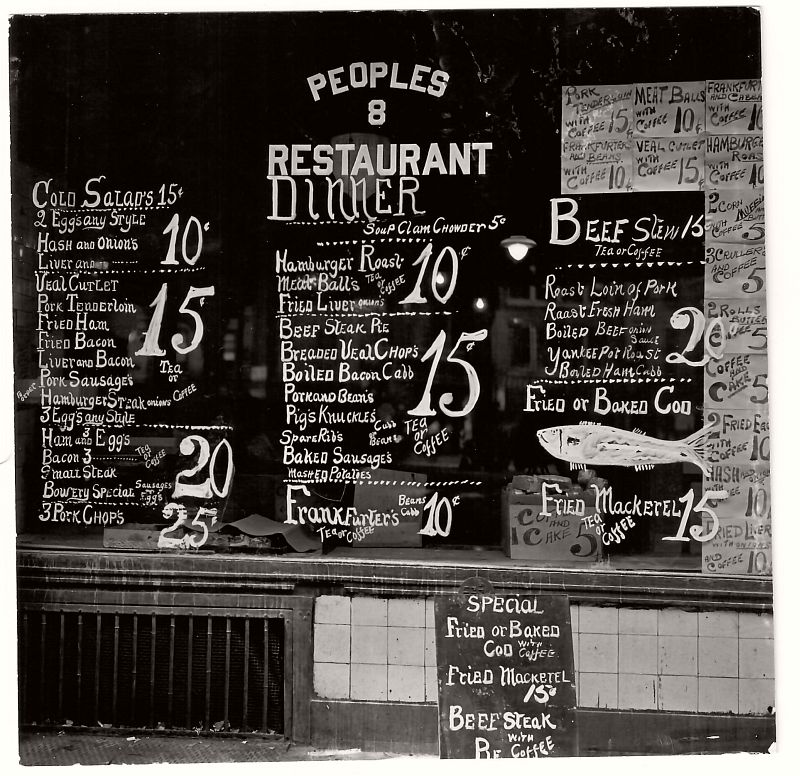 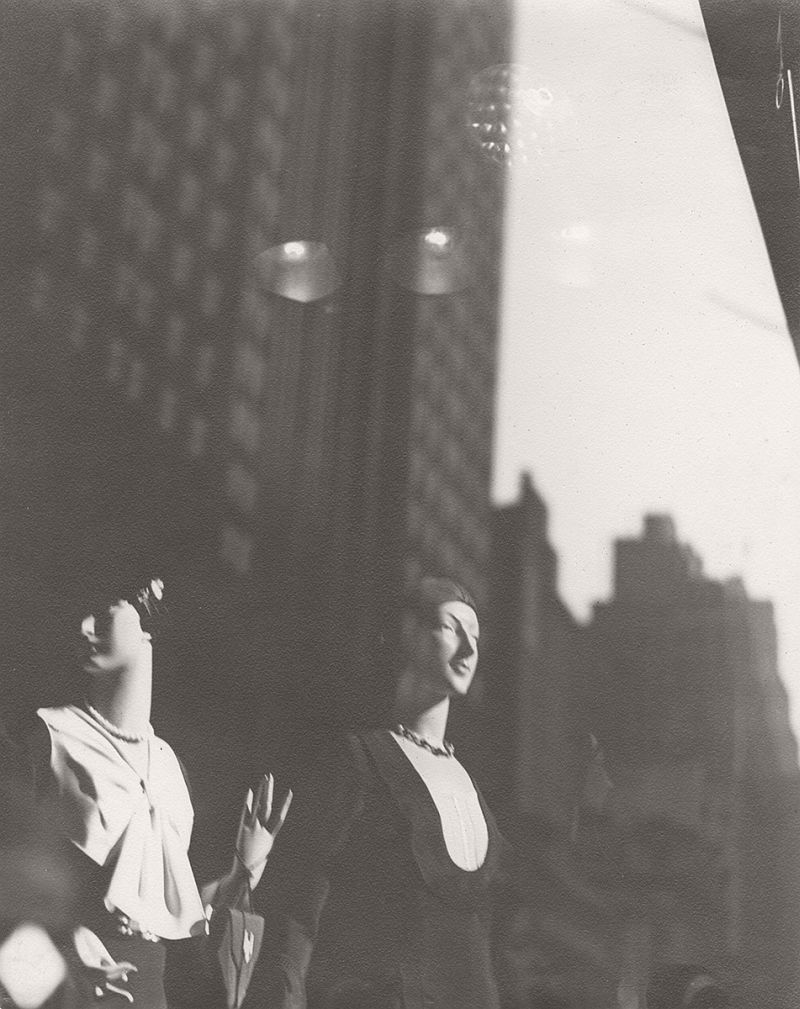 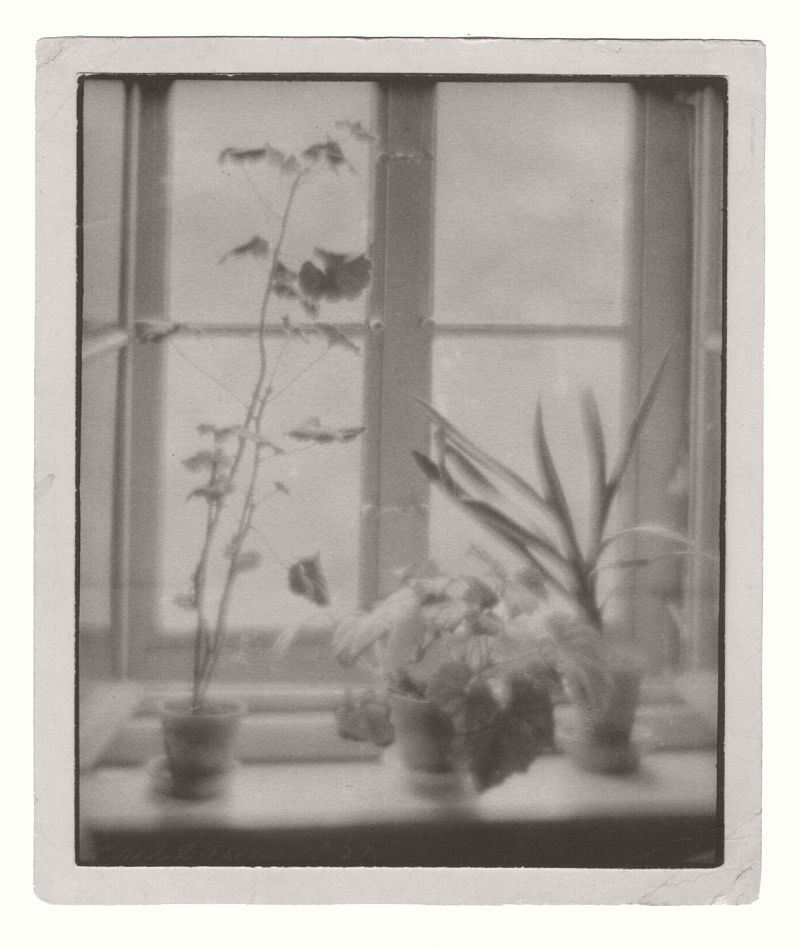 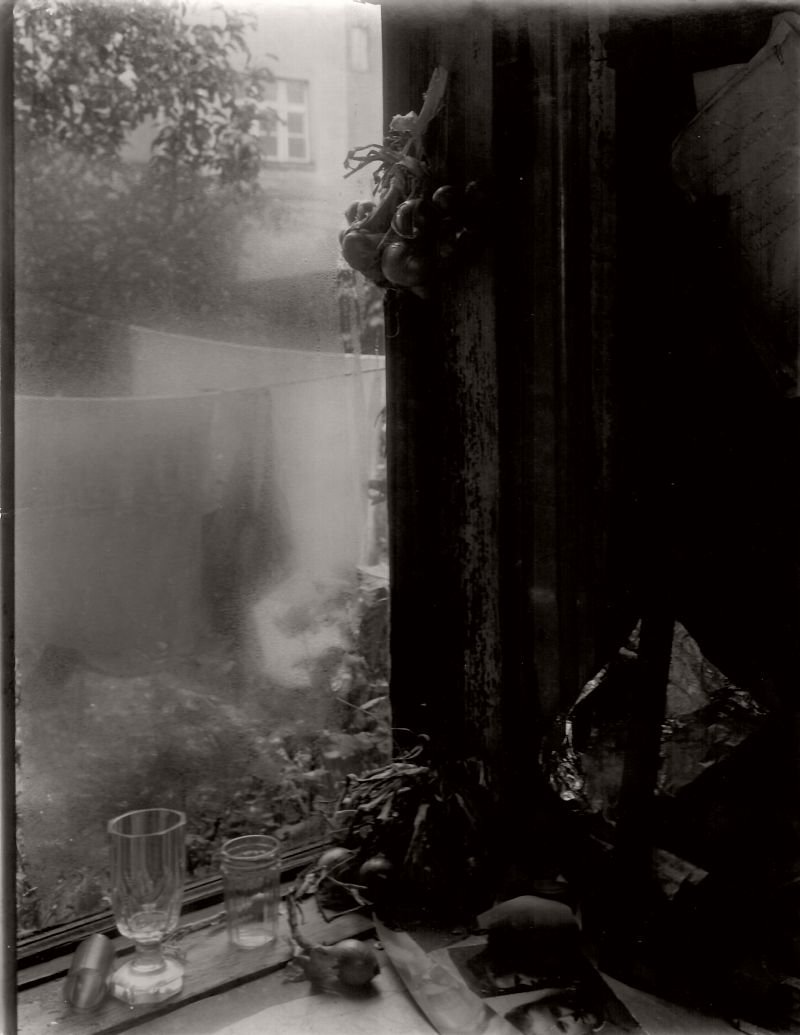 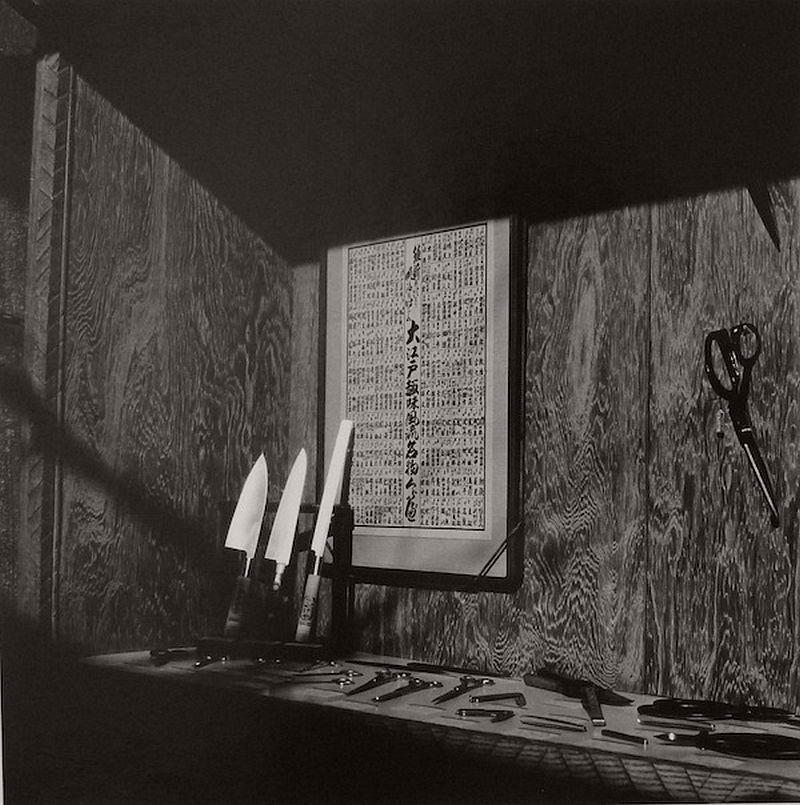 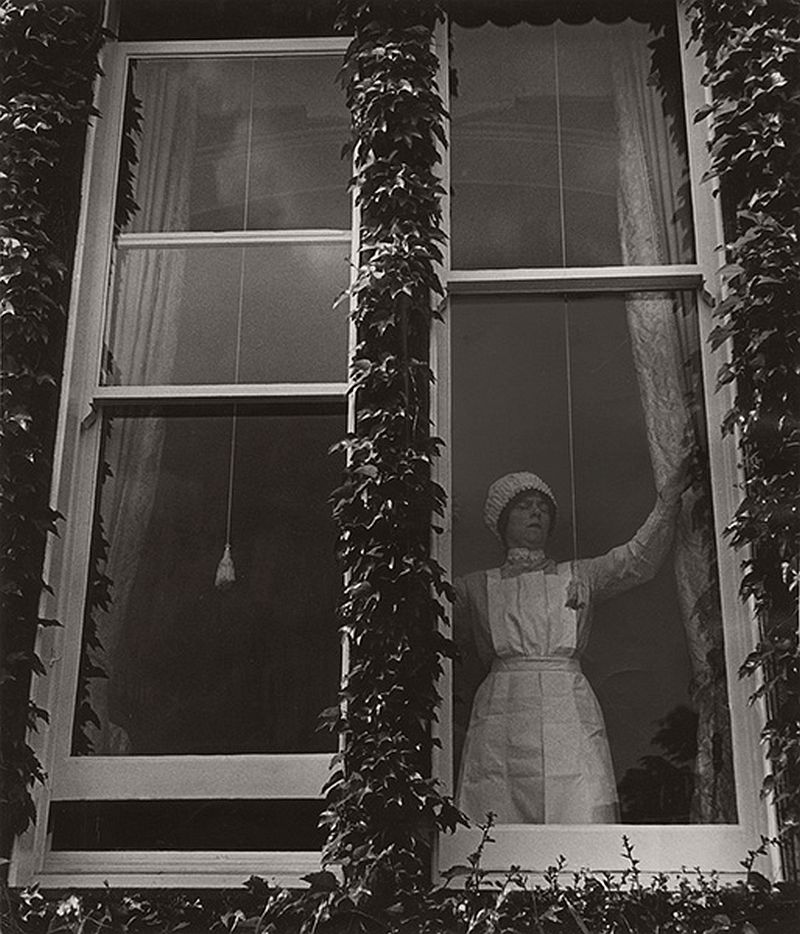 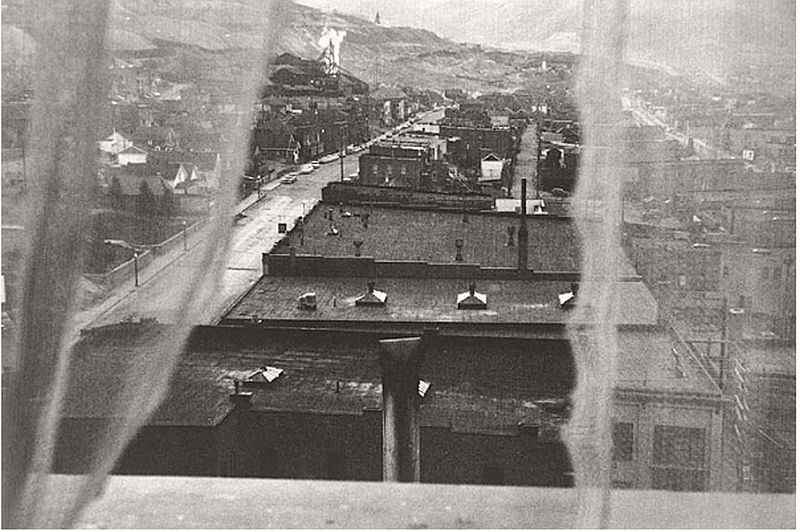