Despite the chaotic nature of war, the lives of soldiers followed relatively predictable schedules. Soldiers rose before dawn each morning, around 5 a.m. They performed standing drills called “Stand-to-Arms,” then received a daily ration of rum around 5:30 a.m. Soldiers continued performing standing drills until approximately 7 a.m., when they received breakfast. Breakfast for soldiers typically consisted of bacon and tea.

At 8 a.m., soldiers took time for cleanliness by bathing, cleaning weapons and tidying surrounding areas. Soldiers ate dinner at noon, then took turns sleeping, keeping guard and engaging in leisure activities. At 5 p.m., soldiers took tea, then performed standing drills until around 6:30 p.m. Then, soldiers worked through the night making repairs to equipment and materials or alternating between sleeping and patrolling. 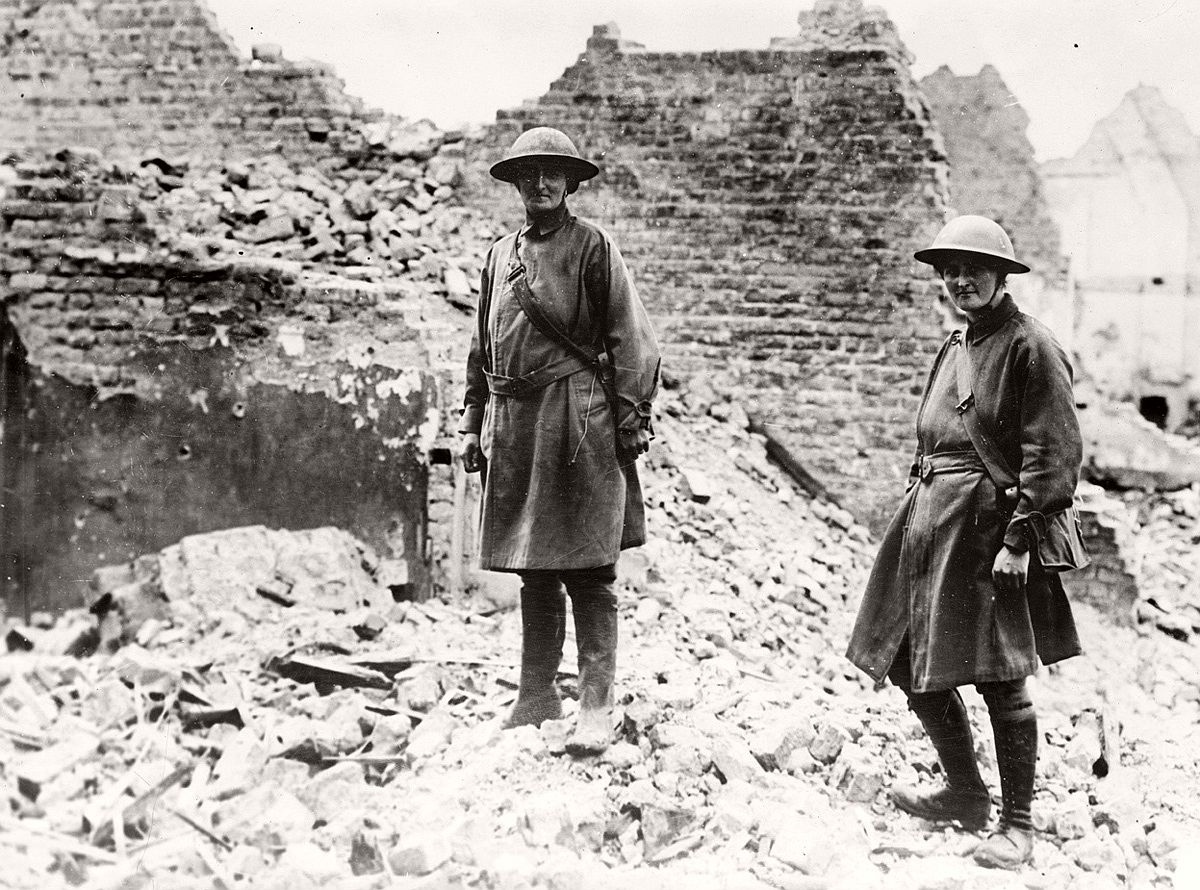 British ambulance drivers stand atop a pile of rubble. # Library of Congress

German prisoners, during World War I. Portraits of a German prisoners taken by an official British photographer, to be shown to folks back home. # National Library of Scotland 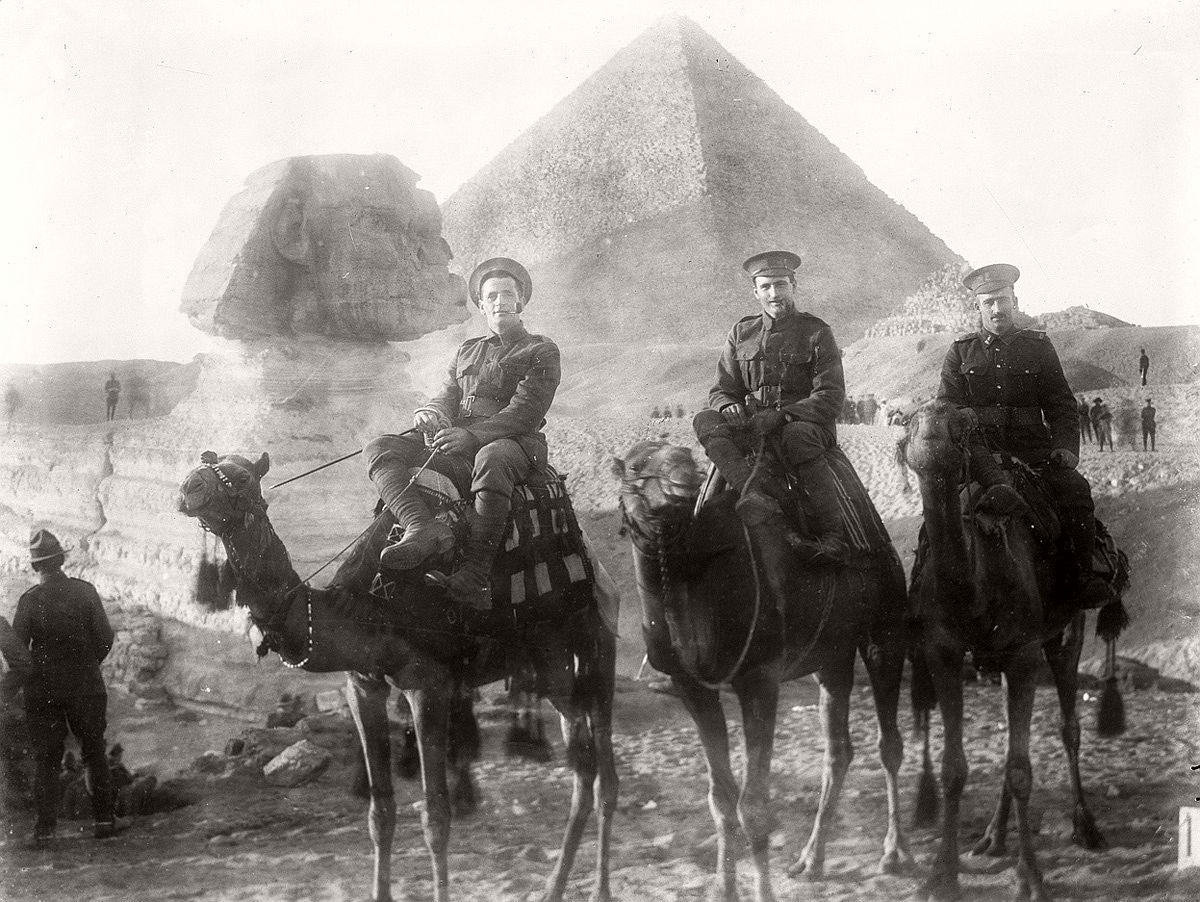 Three unidentified New Zealand servicemen riding camels during World War I, the Sphinx and a pyramid in the background. # James McAllister / National Library of New Zealand 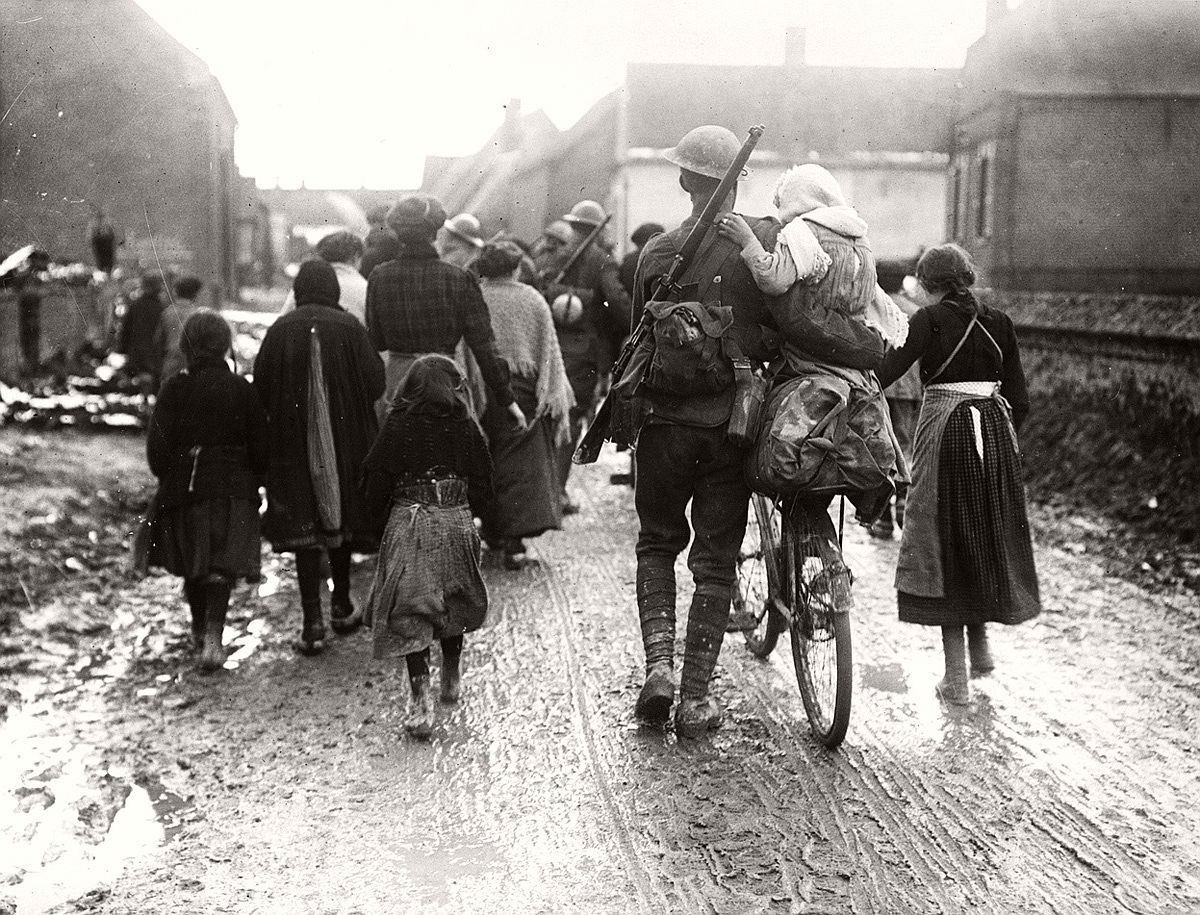 Villagers interested in the arrival of British troops. # National Library of Scotland 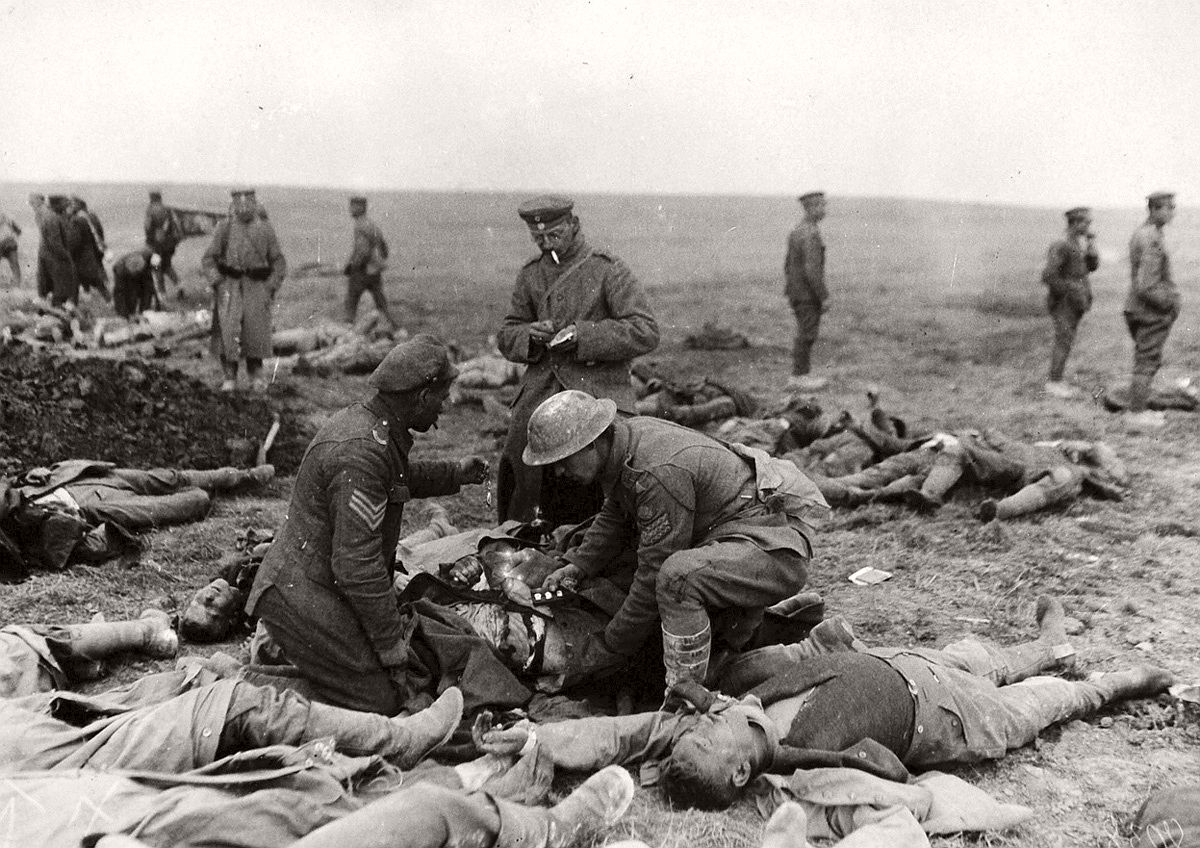 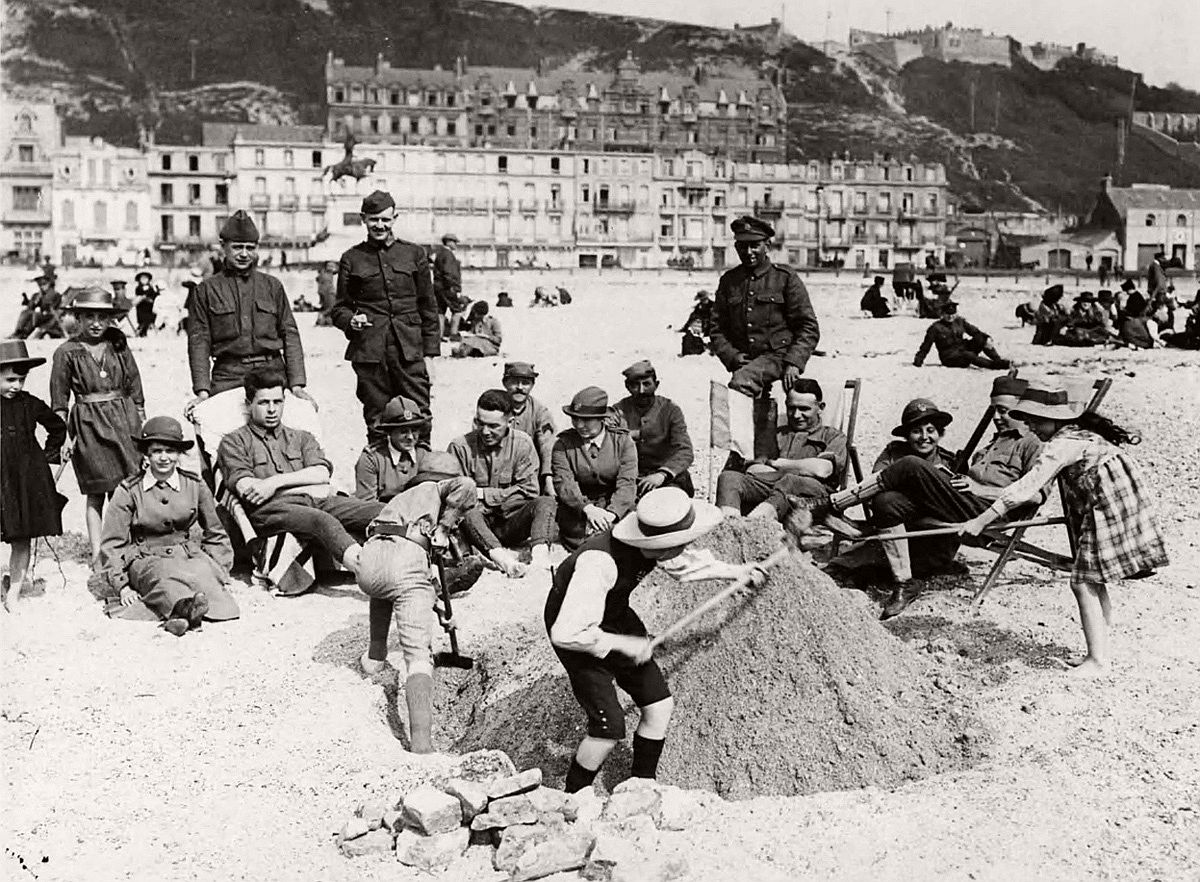 During downtime, soldiers from Britain, France and the USA, plus some members of the Women’s Auxiliary Army Corps (WAAC) watch French children playing in the sand, in France, during World War I. # National Library of Scotland 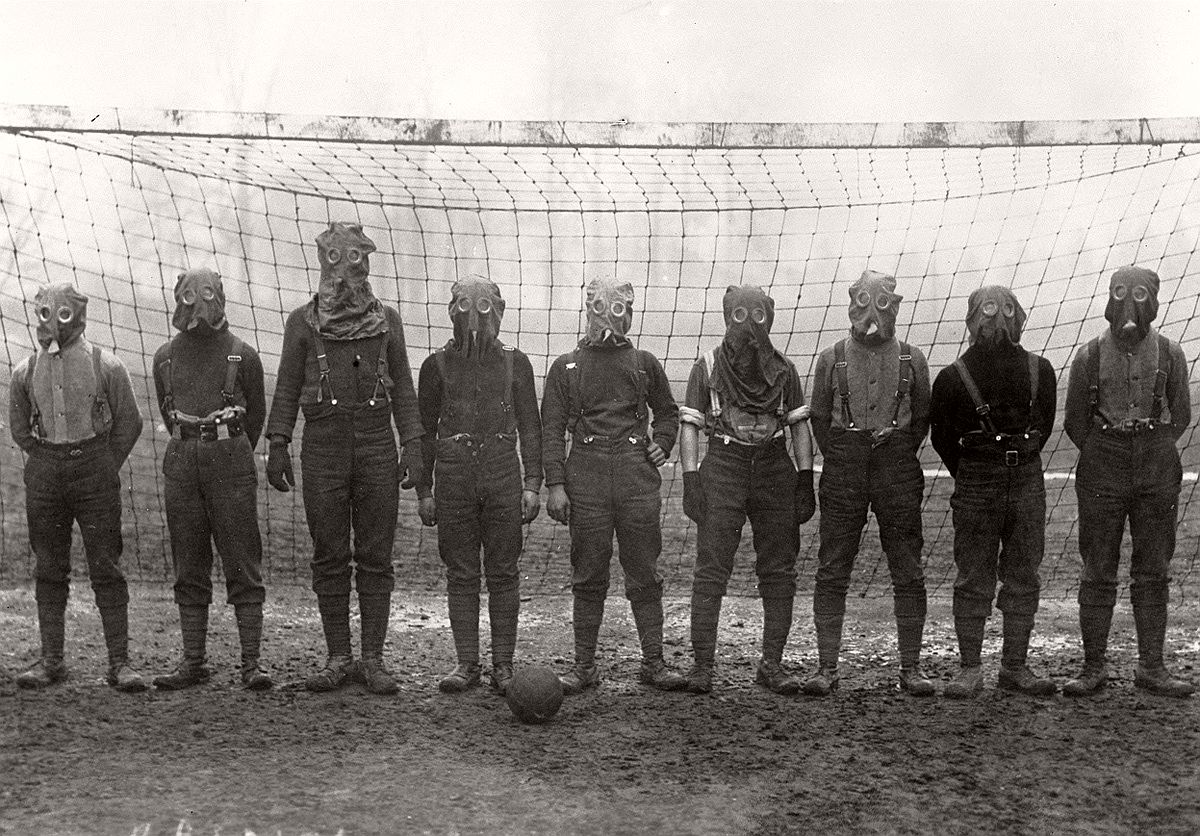 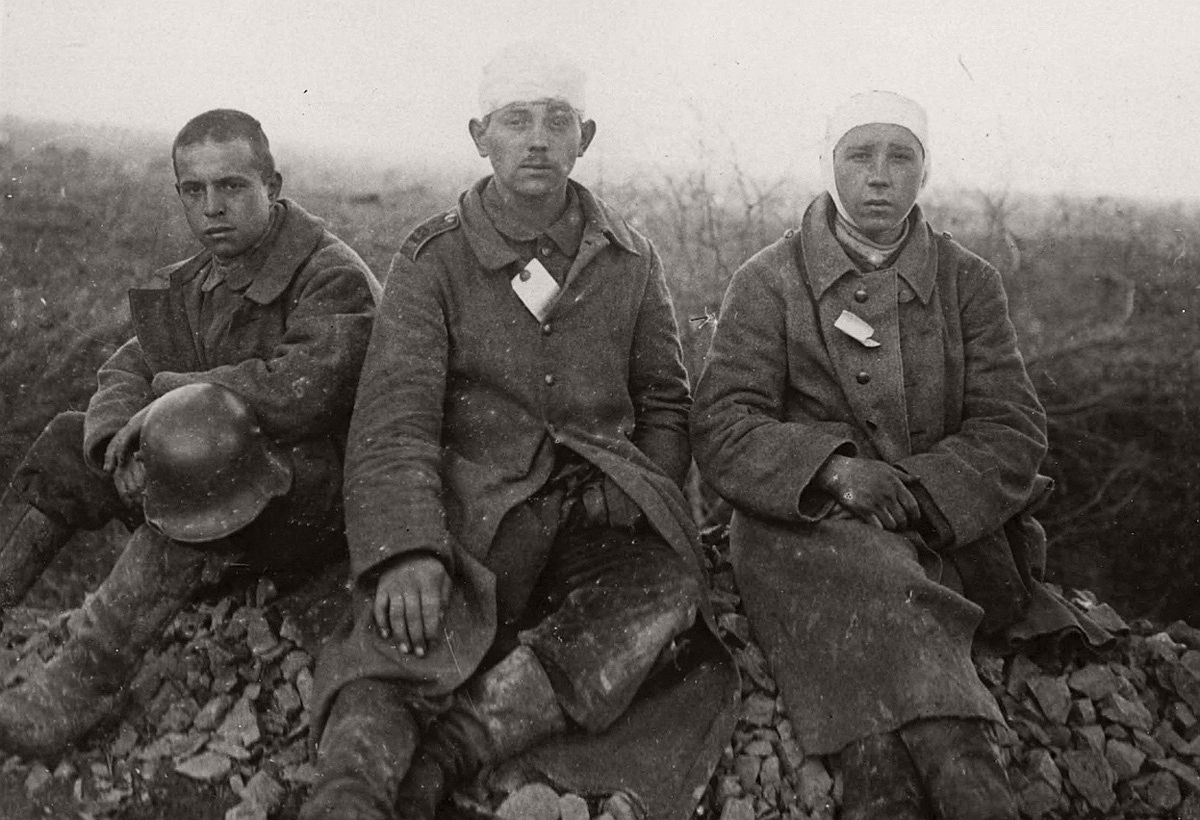 Three young-looking German prisoners of war. Their clothes are caked in mud and are a mishmash of styles. The soldier on the left still has his helmet, but the others have bandages wrapped round their heads. # National Library of Scotland 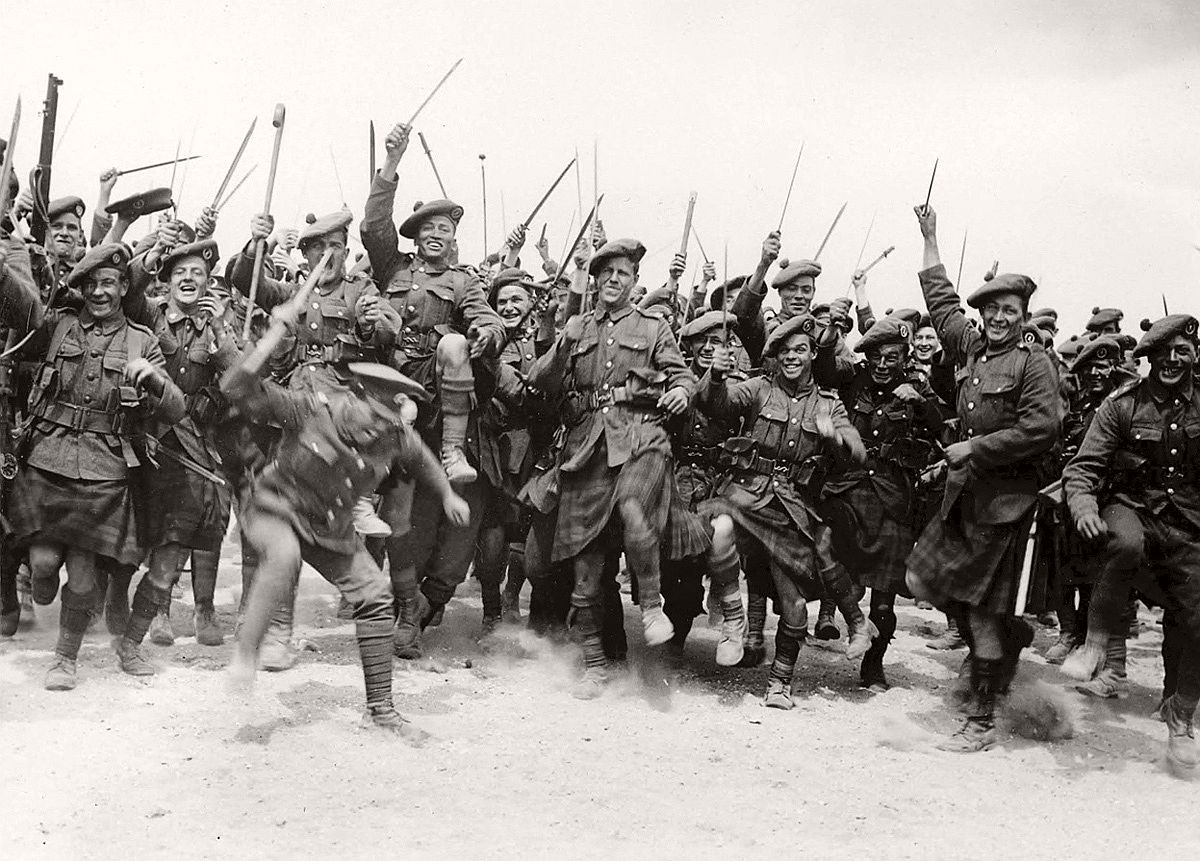 A large group of soldiers, likely South African infantry, having a good time. They are stamping their feet and brandishing anything that comes to hand, from walking sticks to swords. It is all being done in a light-hearted fashion, with most of the men pulling funny faces and smiling. Many of the soldiers are wearing kilts and balmorals. # National Library of Scotland 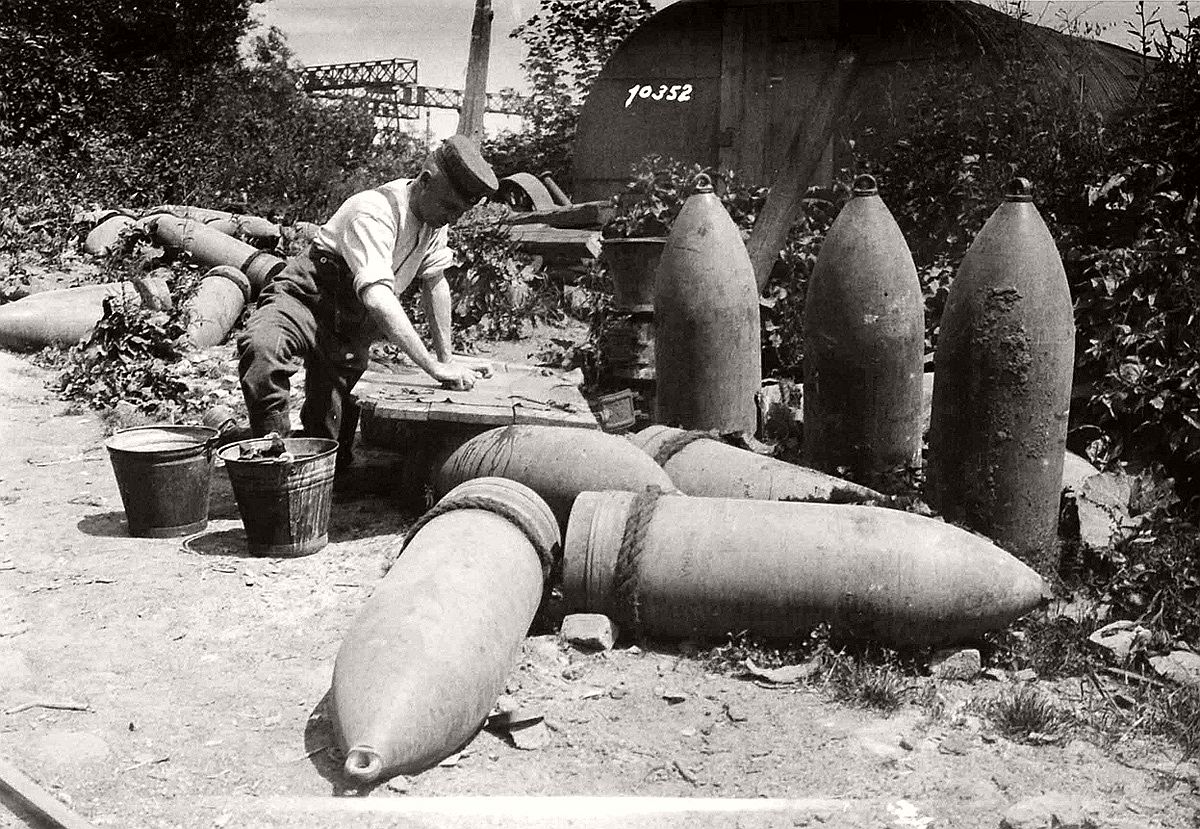 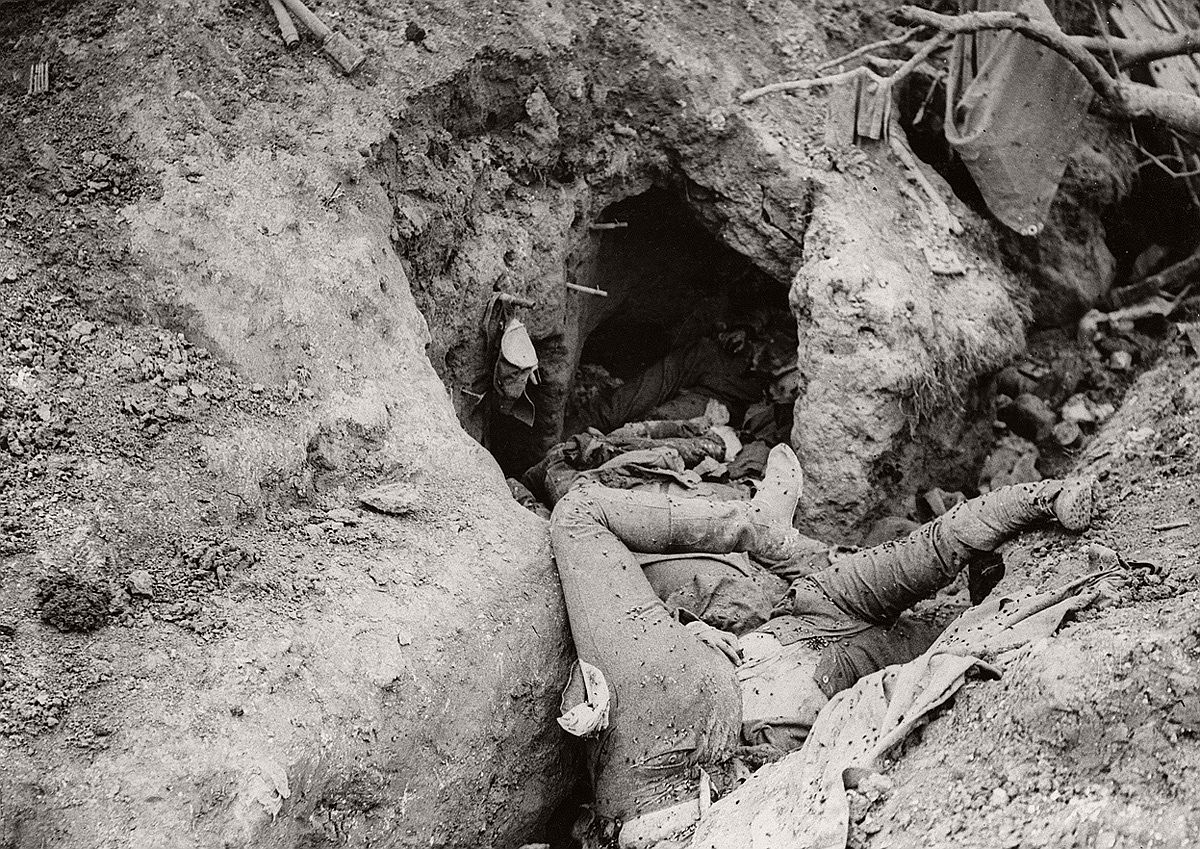 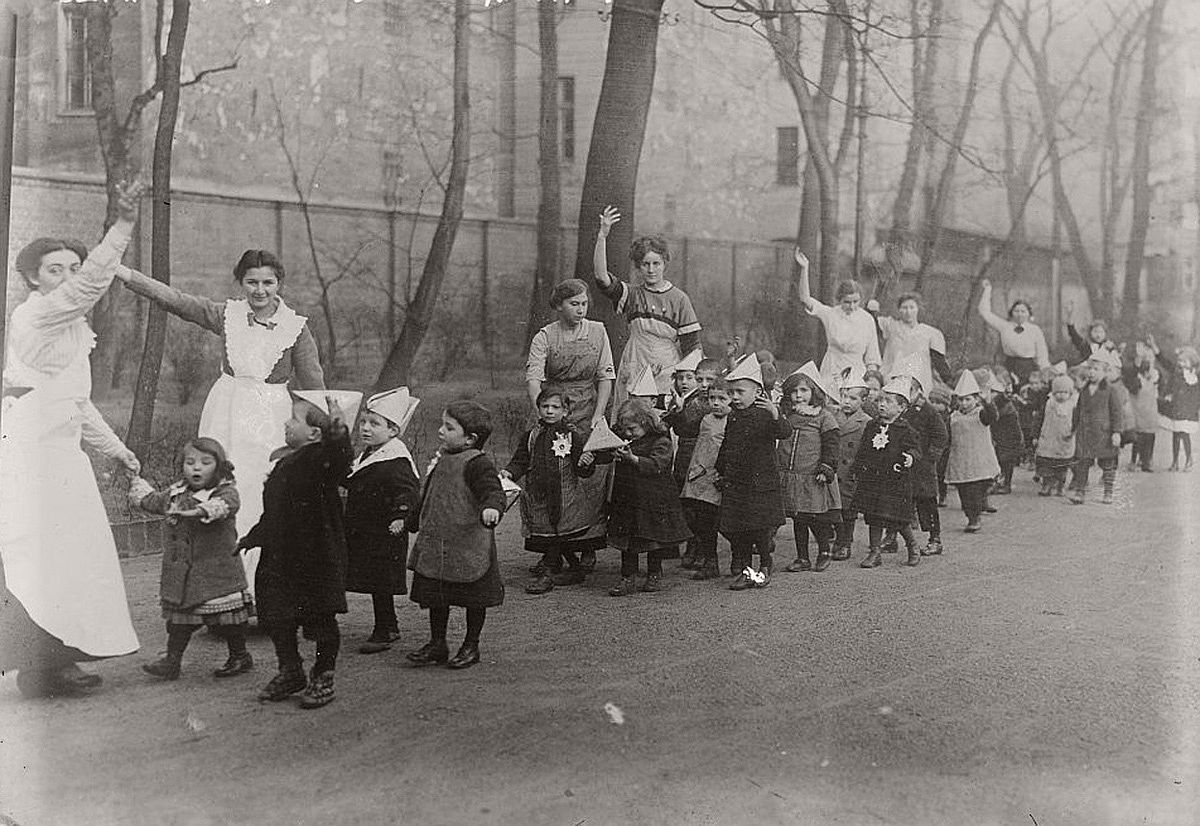 Berlin—Children of soldiers at front. # Library of Congress 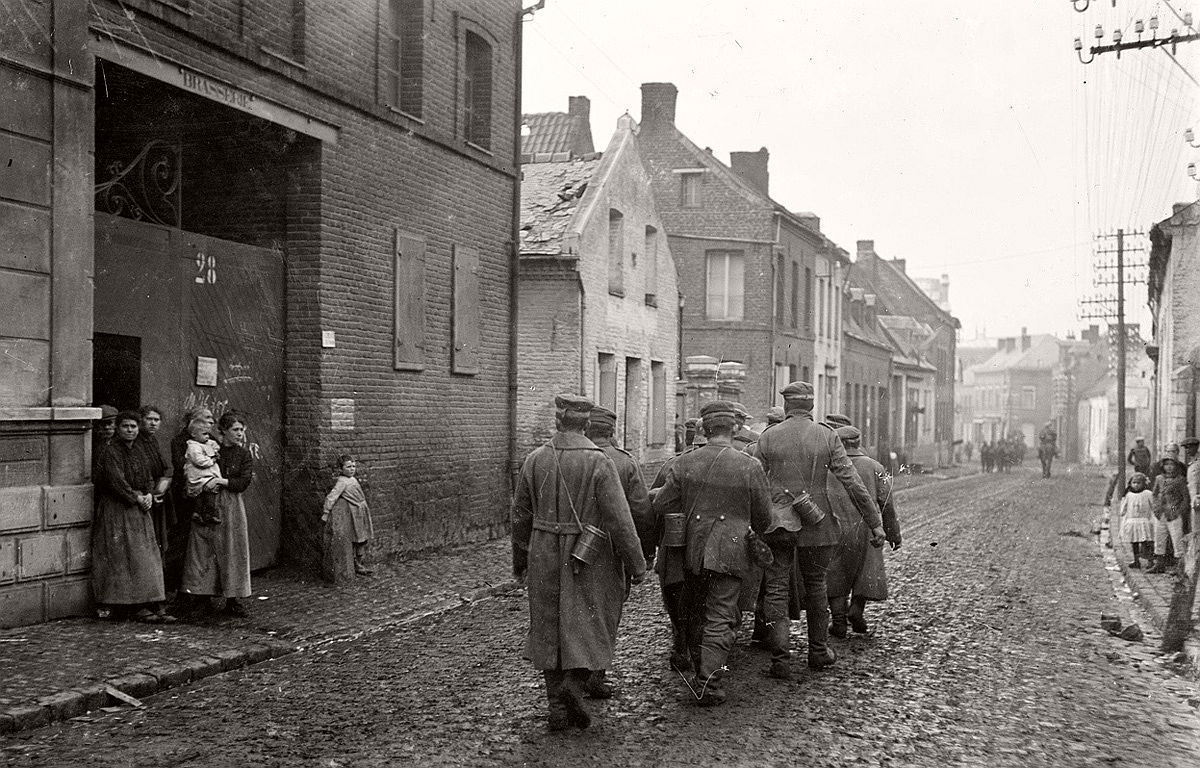 Watched by a group of locals, German prisoners of war walk down a street in the French town of Solesmes, on November 1, 1918, near the end of World War I. # Henry Armytage Sanders / National Library of New Zealand 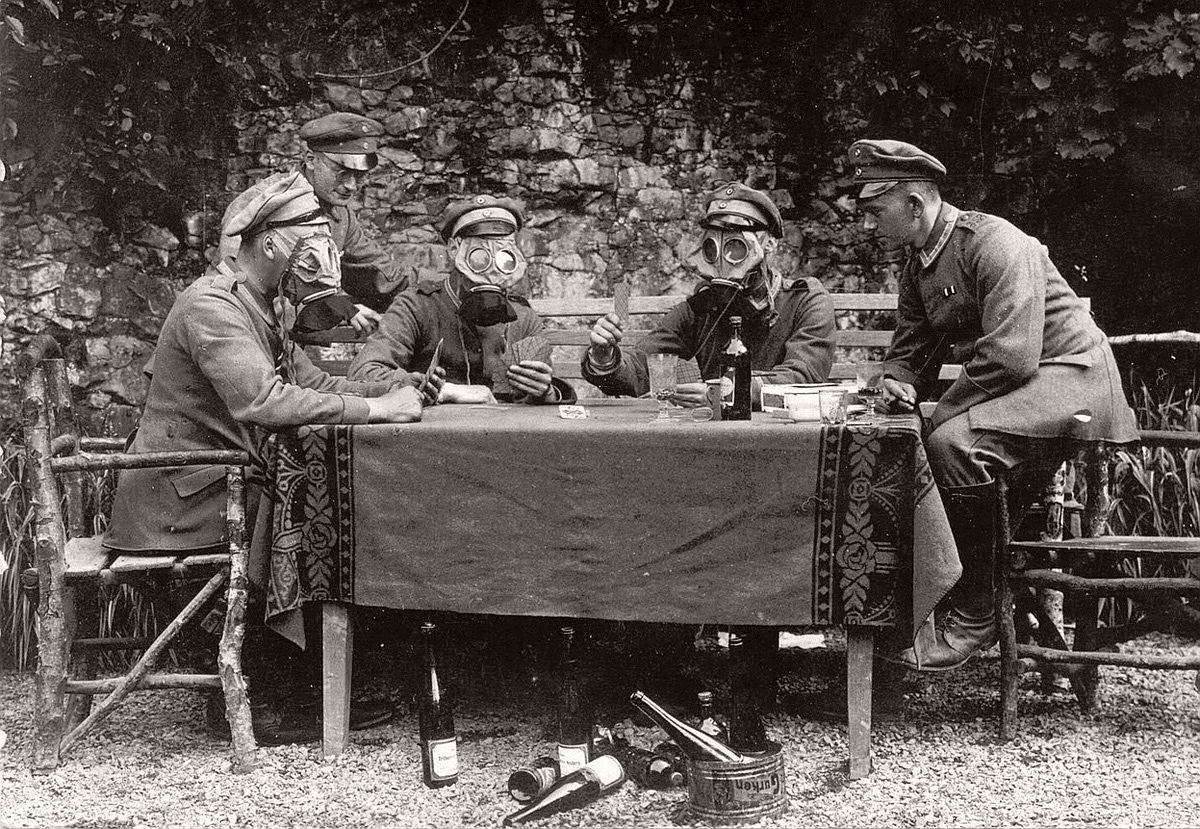 German NCOs from Infanterie-Regiment No. 358 pose for the photographer as if they were drinking wine, feasting on gherkins and playing cards while wearing gas masks. # Brett Butterworth 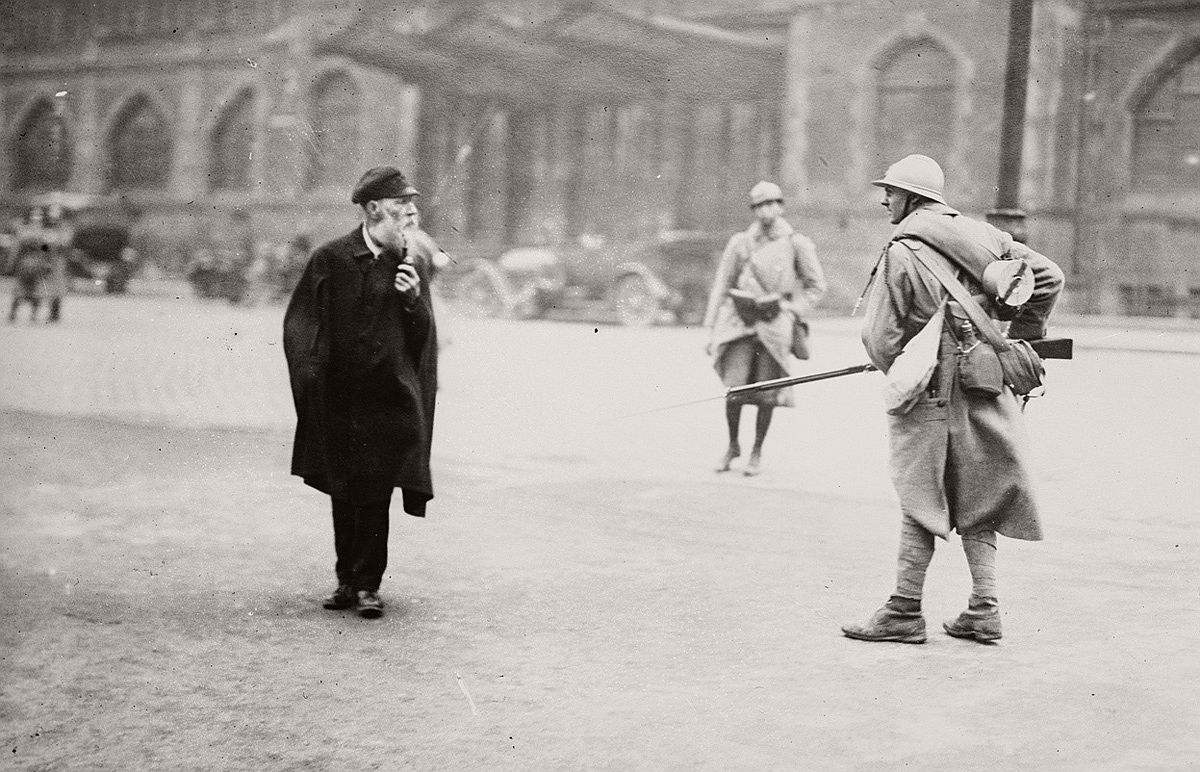 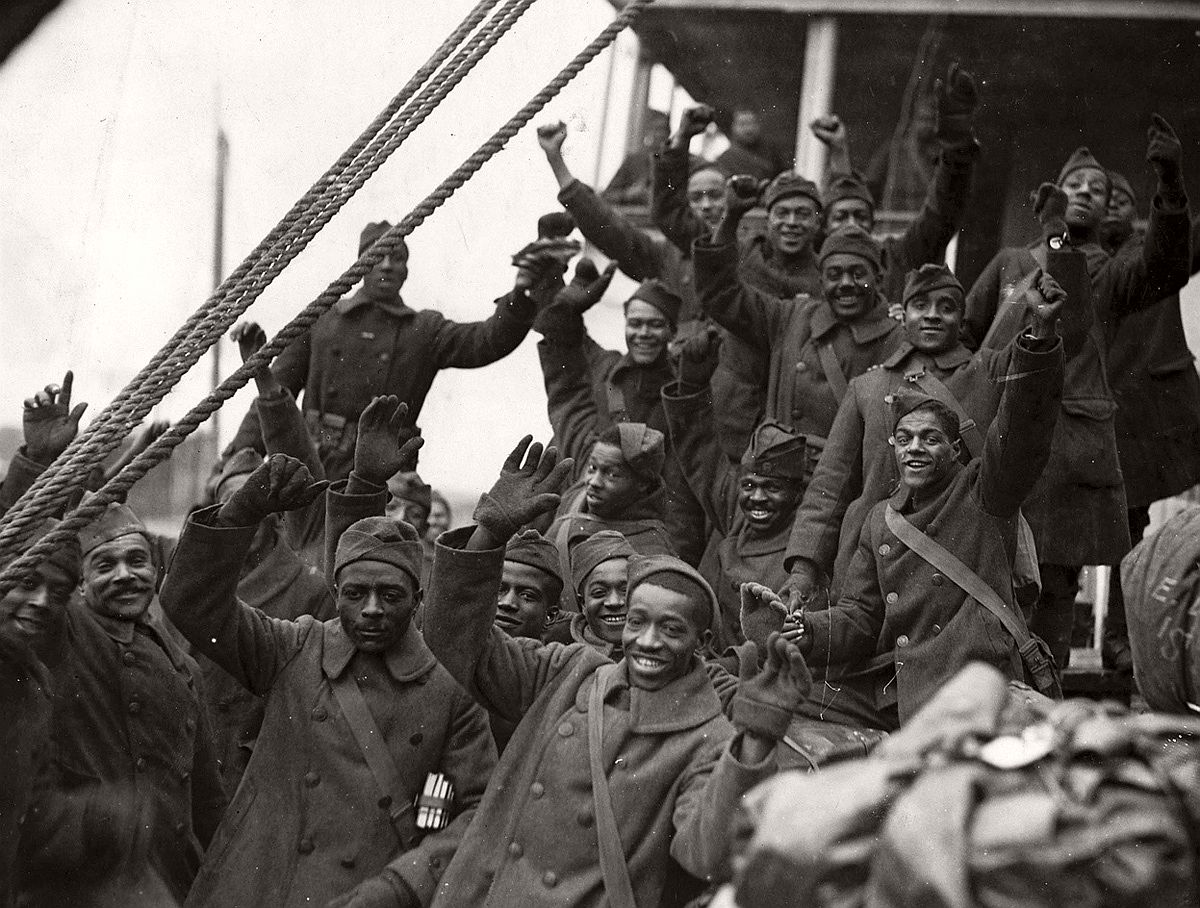 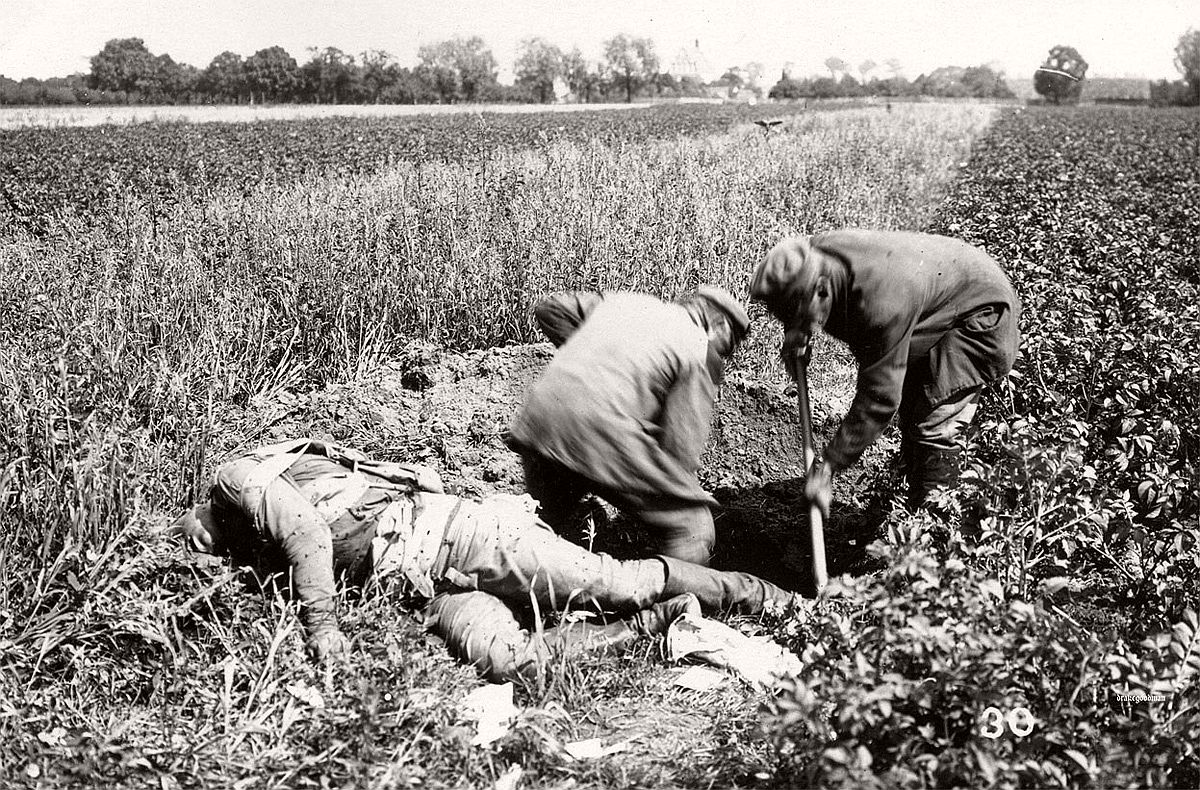 A fallen Russian soldier being buried where he fell by civilians being overseen by the Germans. Russia lost some two million men in combat during World War I. # 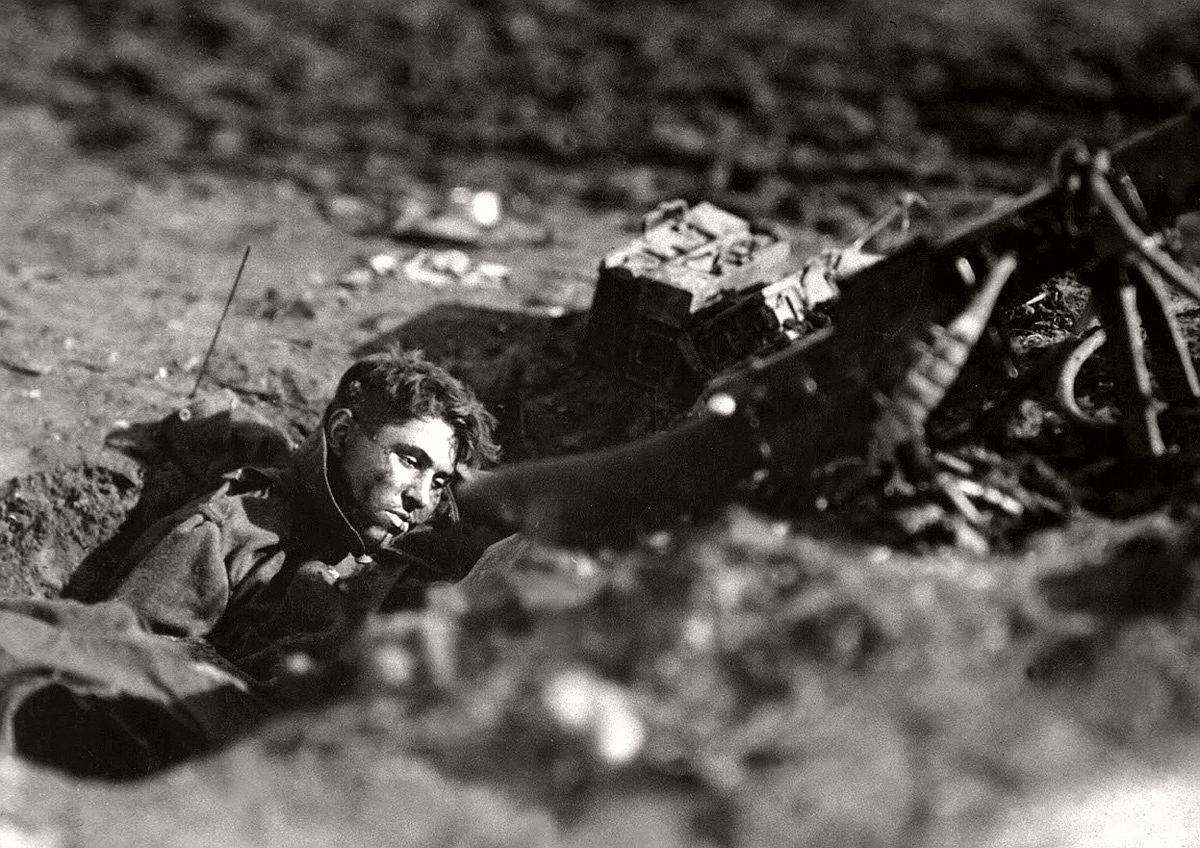 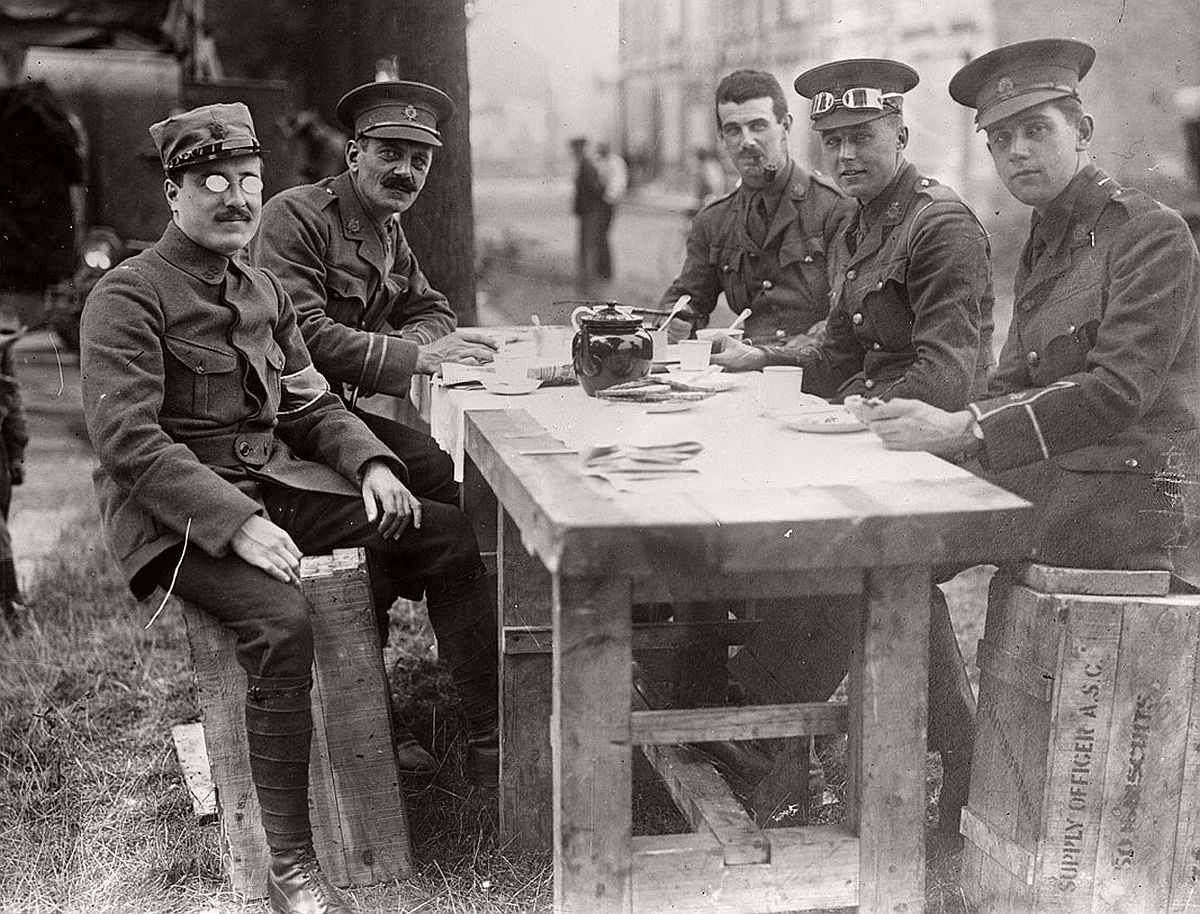 A French officer has tea with English military personnel during World War I. # Library of Congress 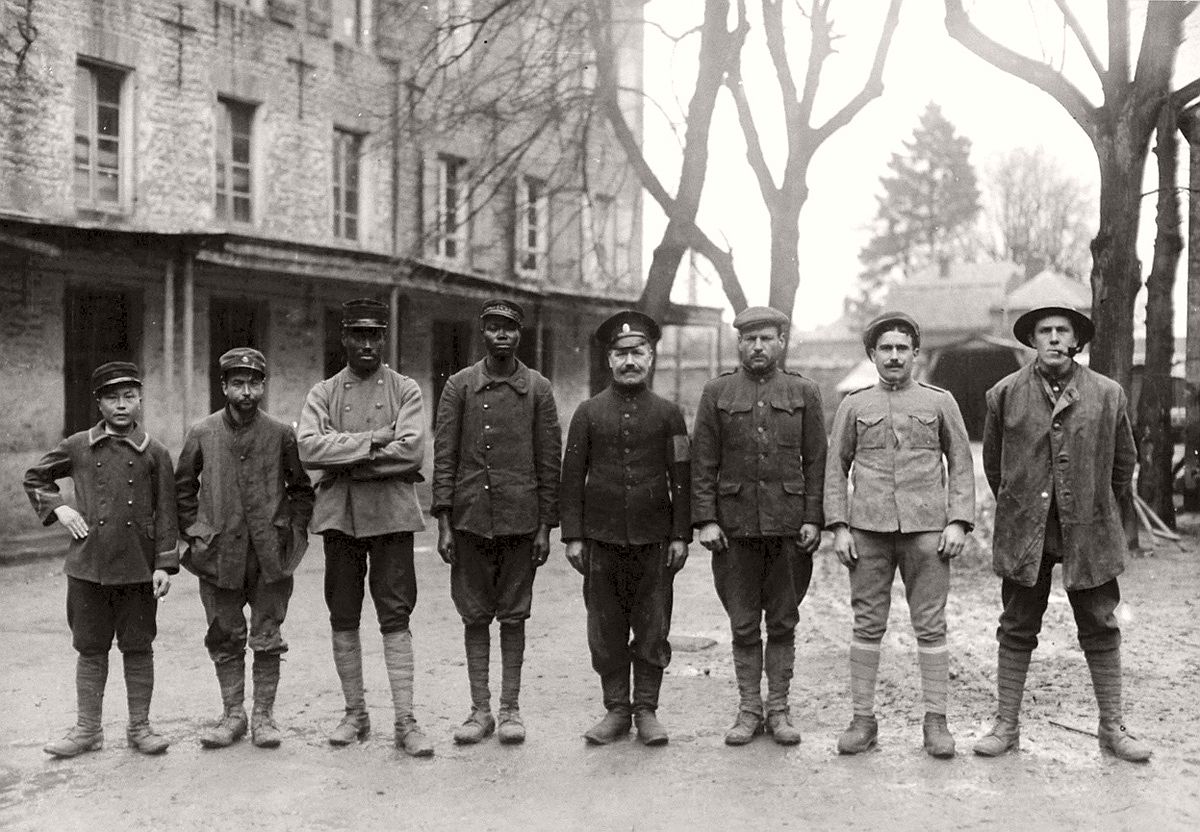 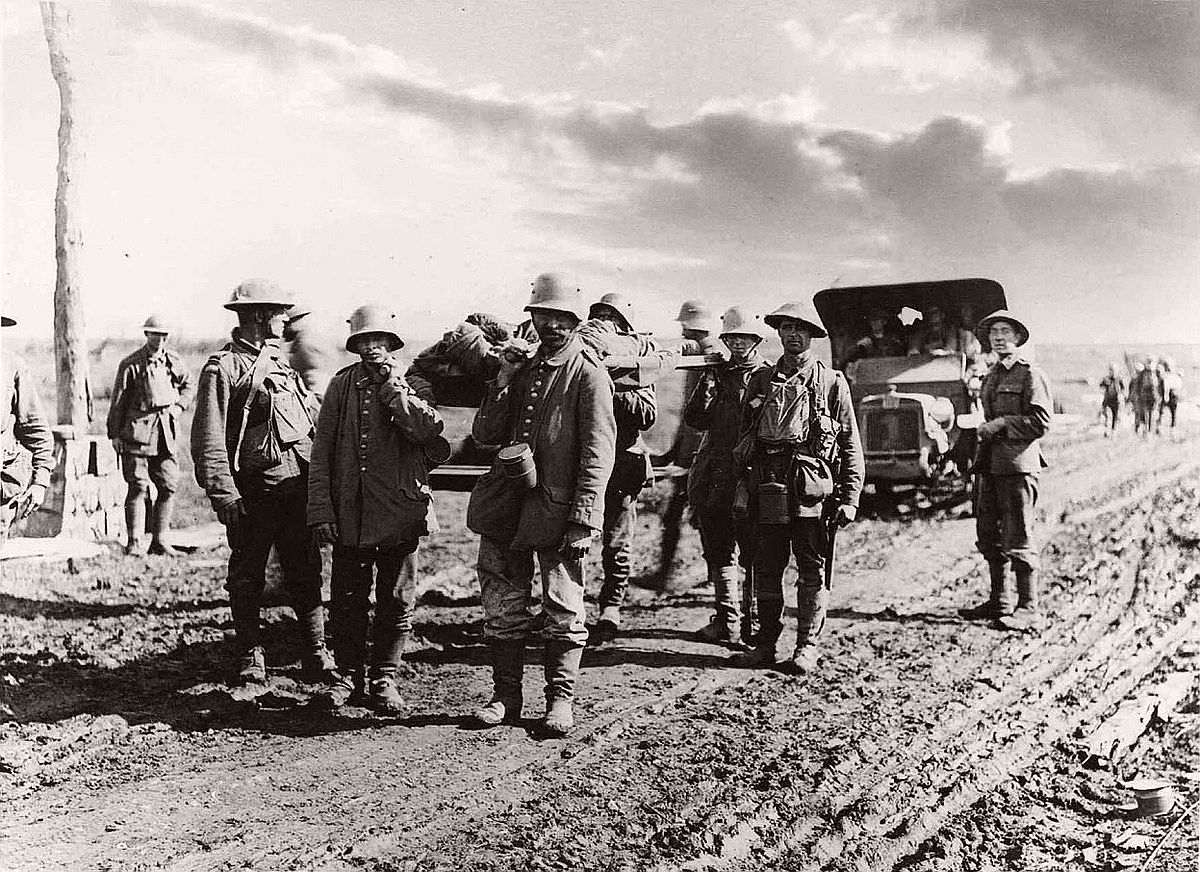 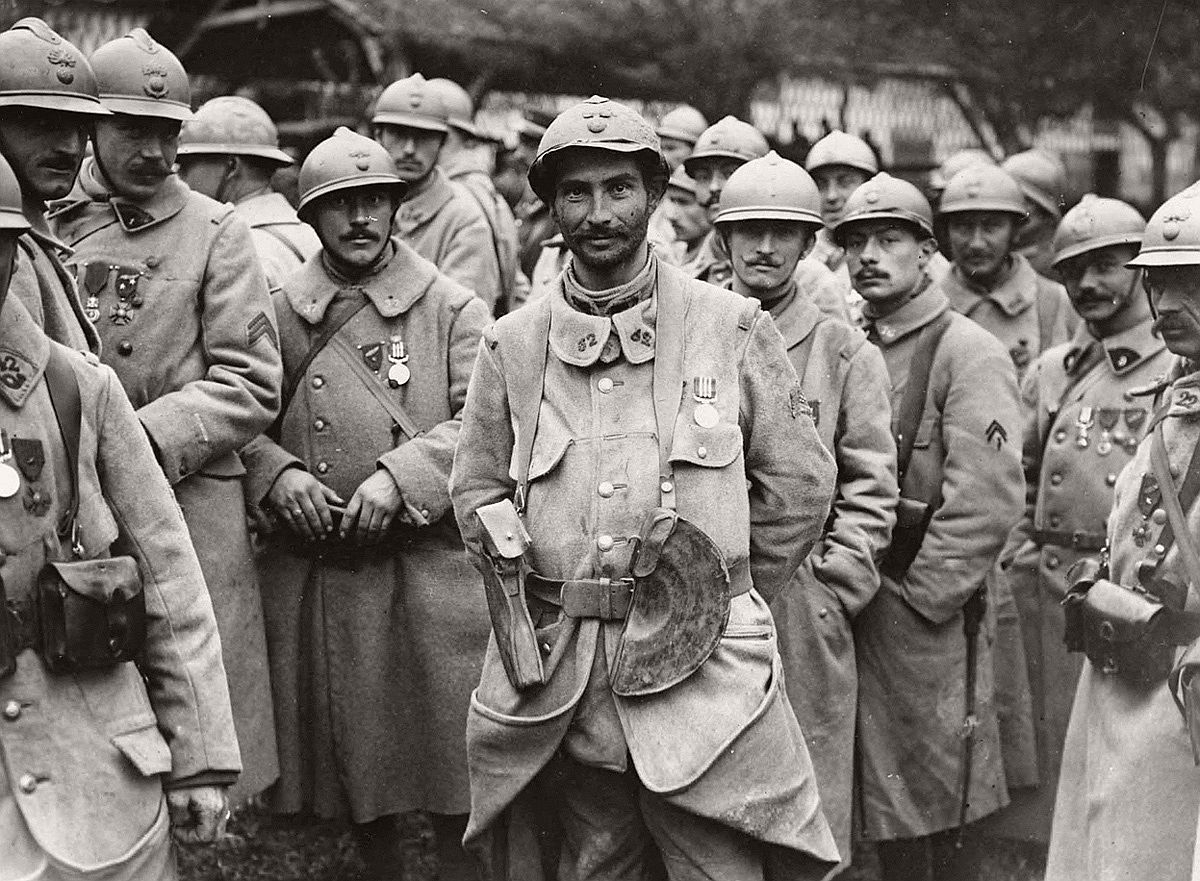 French soldiers stand in a relaxed group wearing medals. The medals appear to be the Military Medal, established on 25th March, 1916, for acts of bravery. They have probably been awarded for their part in the Battle of the Somme. The French helmets, with their very distinct crests, can be seen clearly. # National Library of Scotland