U-118 was to be transferred to France, but while in tow from Harwich to Brest, in company with UB-121, in the early hours of 15 April 1919, she broke tow in a storm, and ran aground on the beach at Hastings in Sussex at approximately 00:45, directly in front of the Queens Hotel.

Initially, there were attempts to displace the stricken vessel. Three tractors tried to refloat the submarine, and a French destroyer attempted to break the boat apart using her guns. All were unsuccessful, and the closeness of the submarine to the public beach and the Queens Hotel prevented the use of explosives.

The stranded submarine became a popular tourist attraction, and thousands visited Hastings that Easter to see her. She was under the authority of the local coast guard station, and the Admiralty allowed the Town Clerk of Hastings to charge a small fee for visitors to climb on the deck. This went on for two weeks, during which the town gained almost £300 (UK£ 15,500 in 2022) to help fund a welcome for the town’s soldiers returning from the war.

Two members of the coast guard, chief boatman William Heard and chief officer W. Moore, showed important visitors around the interior of the submarine. The visits were curtailed in late April, when both coast guard men became severely ill. Rotting food on board was thought to be the cause, but the men’s condition persisted and got worse. Moore died in December 1919, followed by Heard in February 1920. An inquest decided that a noxious gas, possibly chlorine released from the submarine’s damaged batteries, had caused abscesses on the men’s lungs and brain. 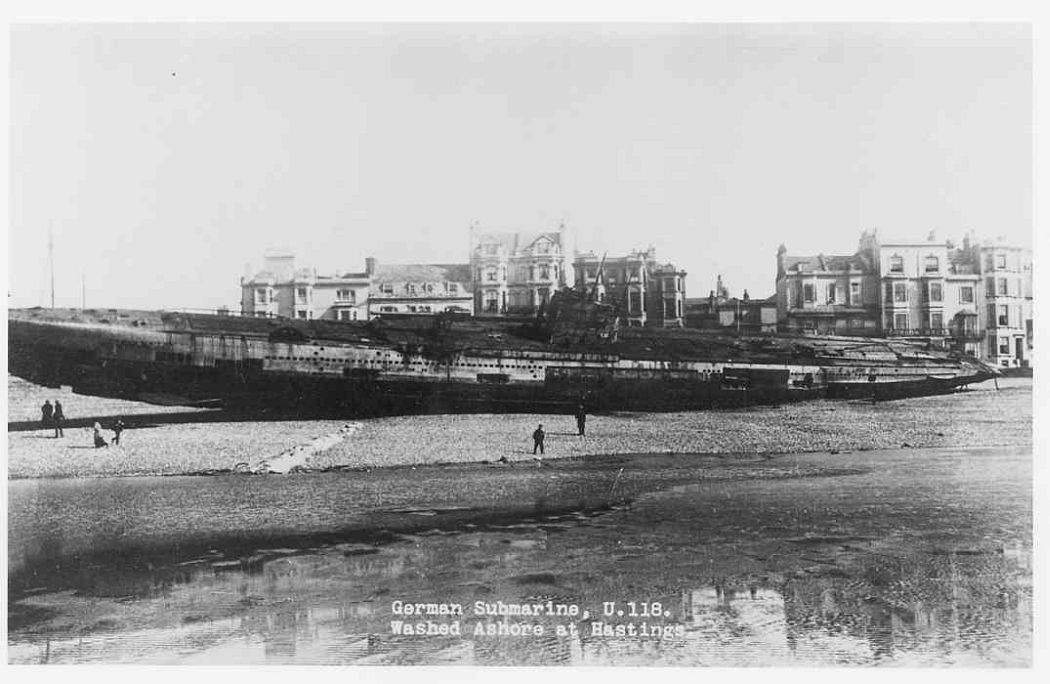 Ground view of SM U-118 in front of the Queen’s hotel. 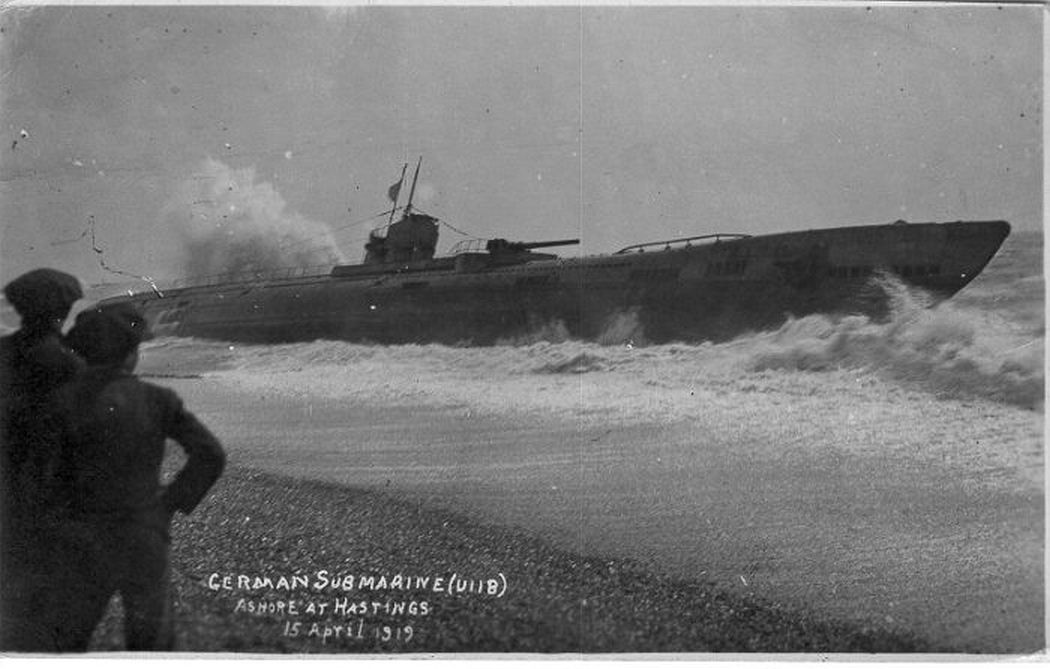 SM U-118 shortly after being beached at Hastings. 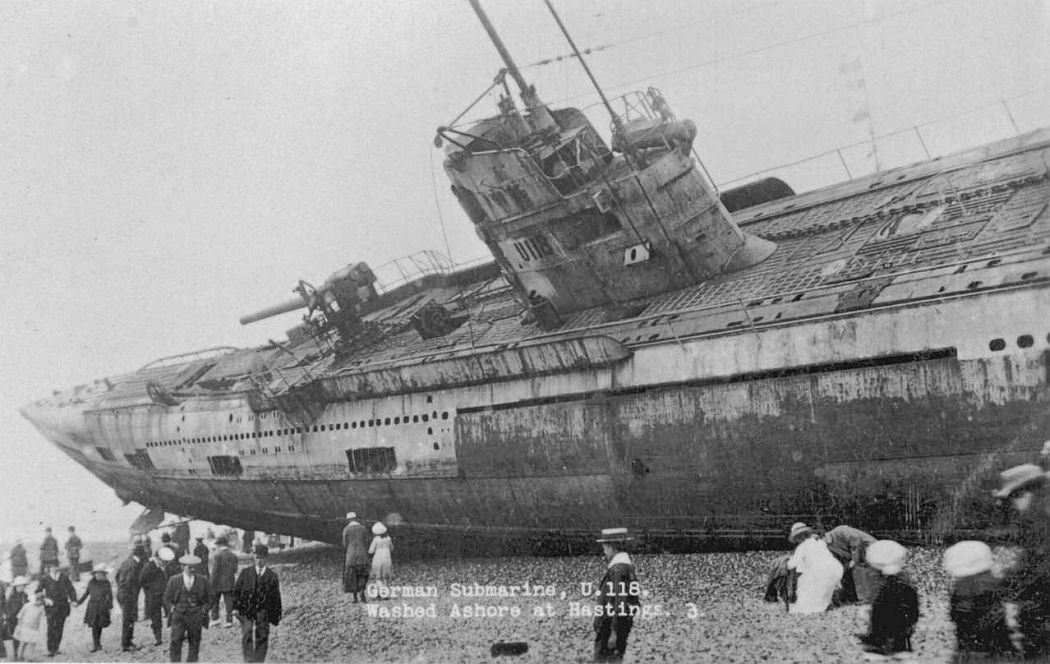 German submarine U-118 washed ashore on the beach at Hastings, 1919 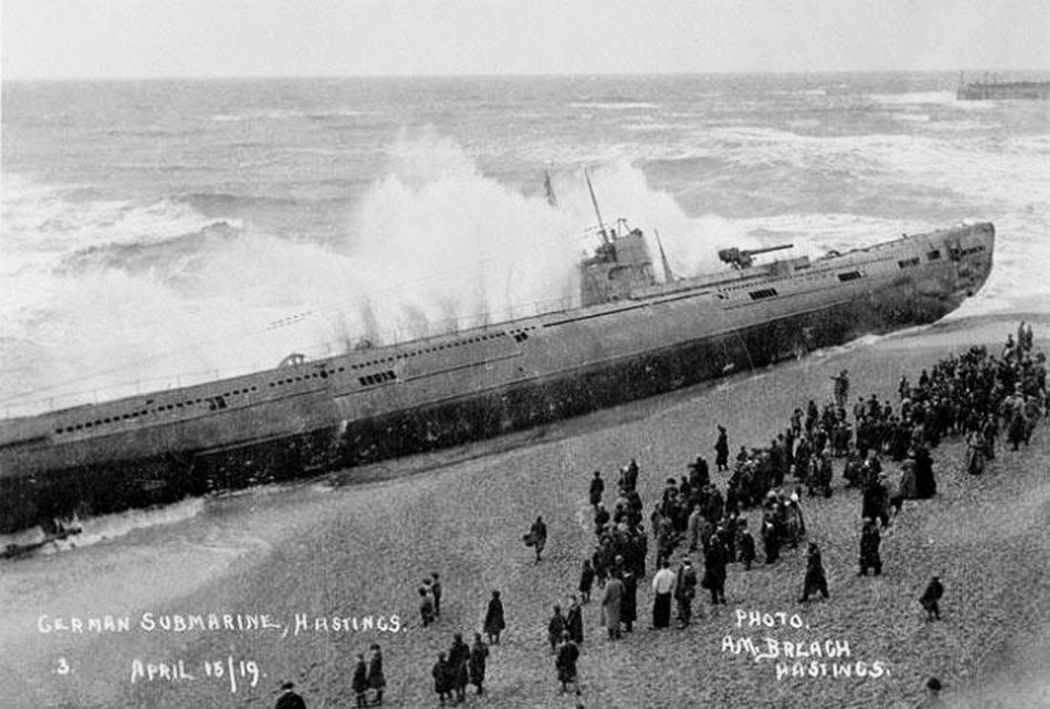 Thousands of people flocked to the seafront to catch a glimpse of the boat. 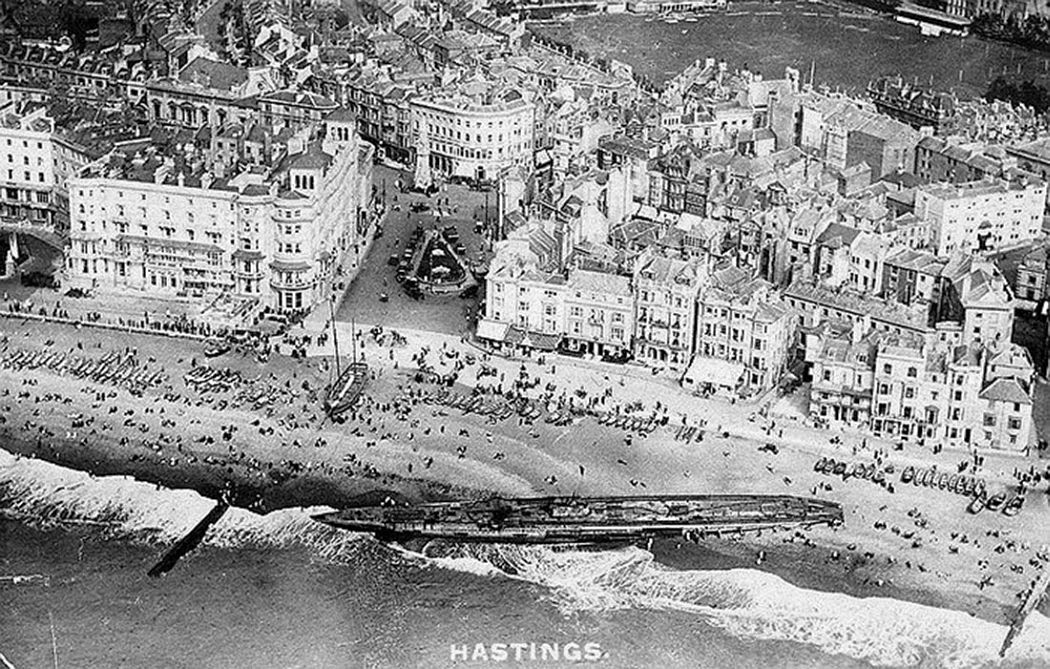 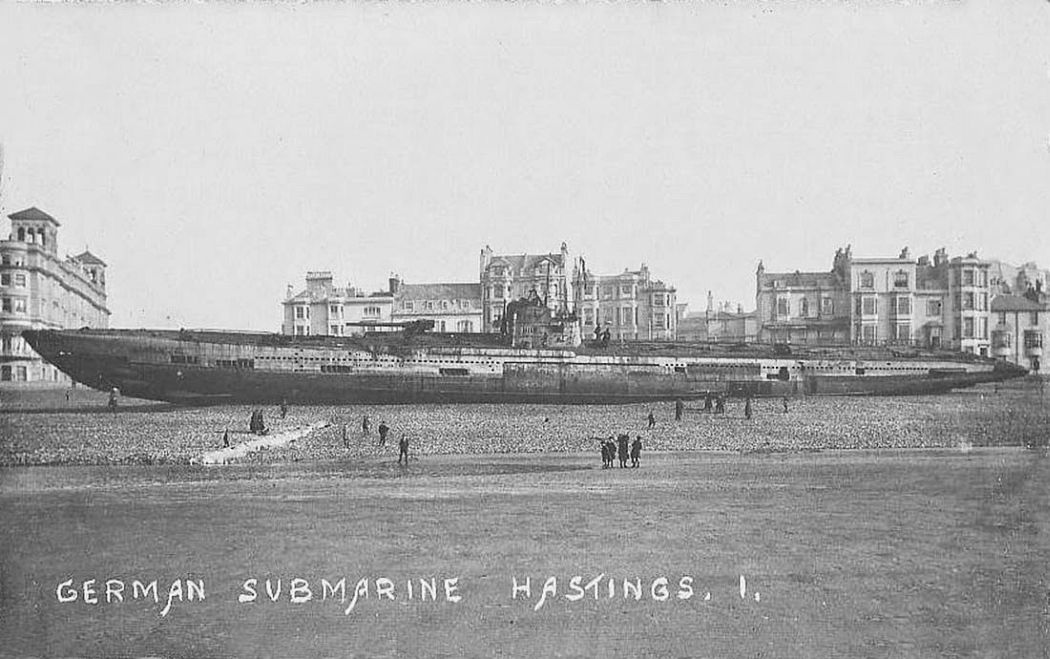 Under the command of Herbert Strohwasser, U-118 managed to sink two ships while on its one and only patrol before being surrendered on February 1919. 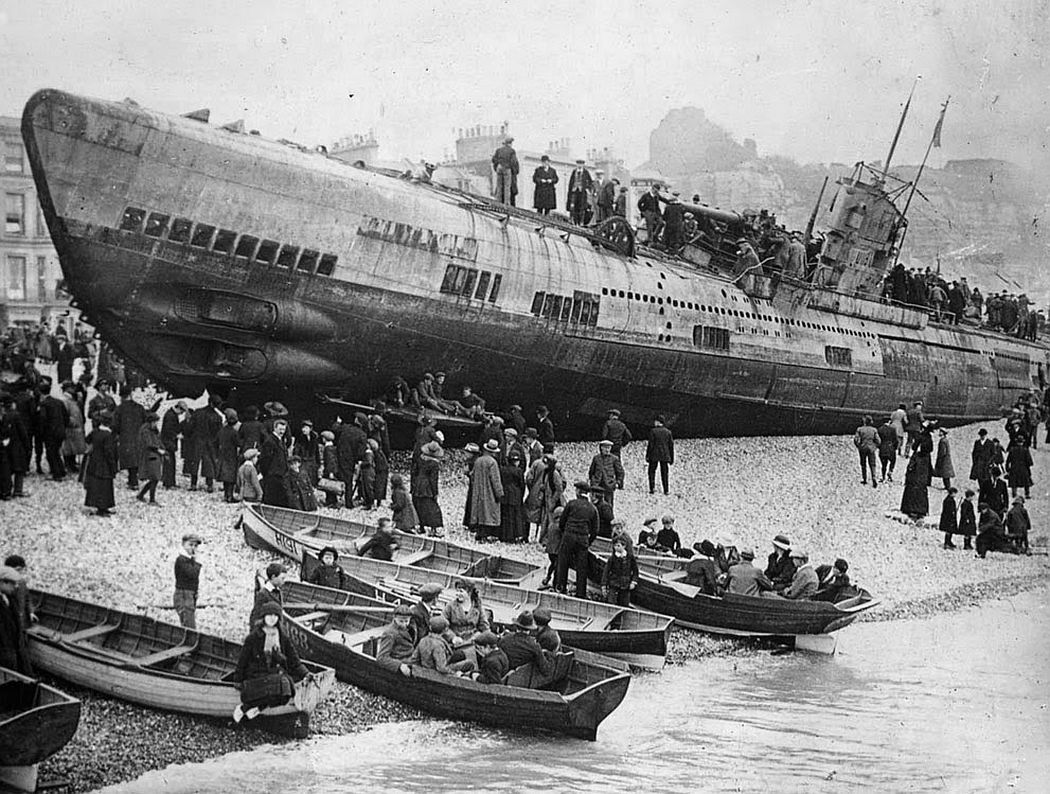 The total sum collected from the fees was almost £300 which was used in an event to welcome the town’s troops returning from the war.