Tempest Anderson (1846 – 1913) was an expert amateur photographer and vulcanologist. He was the world’s first volcano-chaser, scaling the world’s most dangerous slopes in his quest to photograph volcanoes as they erupted.

He was a member of the Royal Society Commission which was appointed to investigate the aftermath of the eruptions of Soufriere volcano, St Vincent and Mont Pelee, Martinique, West Indies which both erupted in May 1902. Some of his photographs of these eruptions were subsequently published in his book, Volcanic Studies in Many Lands.

Anderson spent nine months in Mexico, Guatemala and the West Indies in 1906/1907. He travelled to Mexico to attend the 10th Congres Geologique International before sailing by mail steamer to Guatemala to study the effects of the 1902 earthquake. During the trip he observed and photographed Cerro Quemado, Santa Maria, and Atitlan. During this trip he collected first hand accounts of the 1902 eruption of the Santa Maria and the immediate aftermath. Captain Saunders of the Pacific Mail Steamer S.S. Newport observed the eruption cloud which rose to a great height. The Captain measured it using a sextant and recorded it as reaching 17 to 18 miles. The sounds accompanying the eruption were loud and were heard even louder at more distant places than close to the mountain. The eruption was heard as far away as Guatemala City, the noises so strong, they were assumed to come from neighbouring volcanoes. 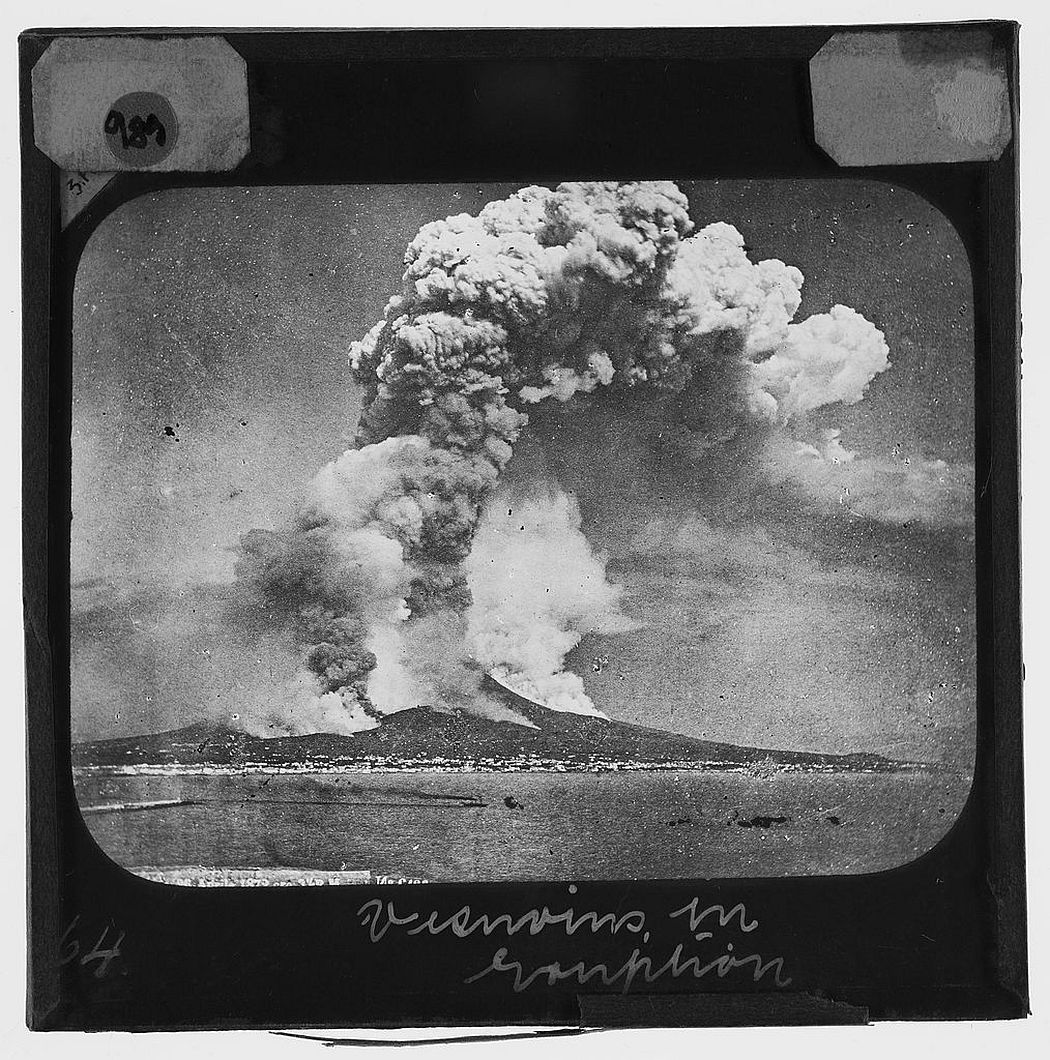 Vesuvius in Eruption: taken from the sea (1906) 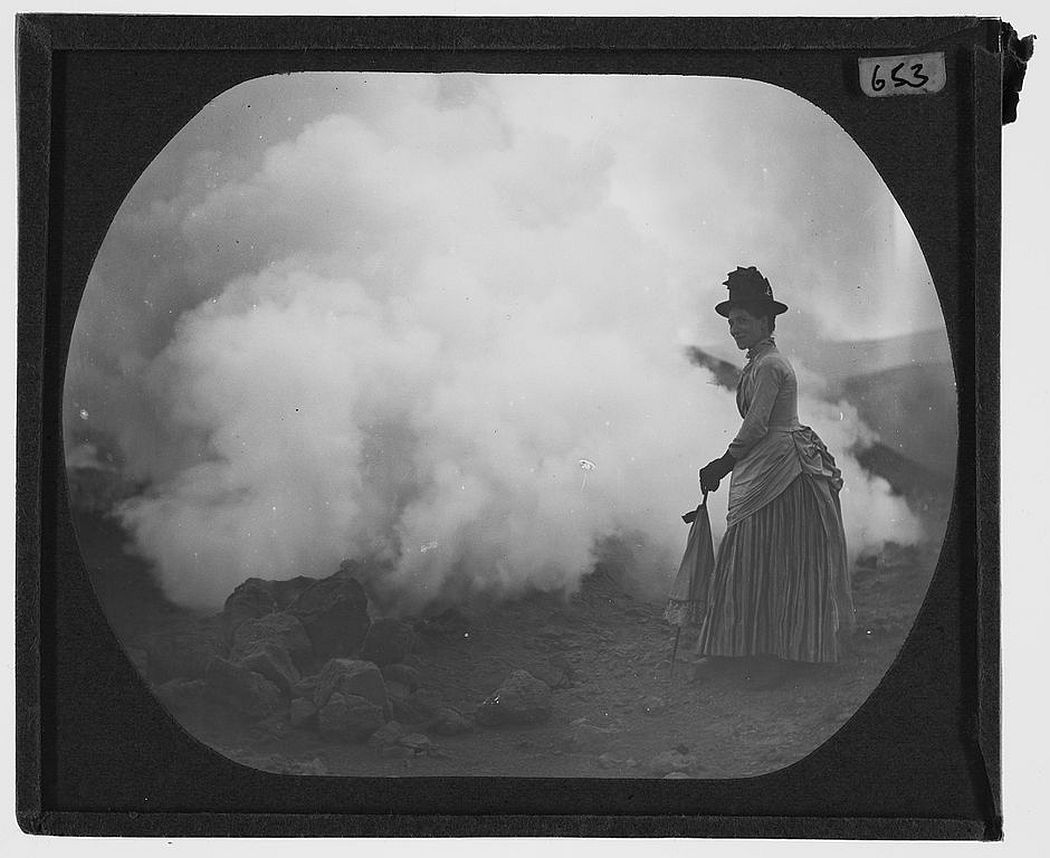 A female adventurer and the steam on Vulcano (unknown year) 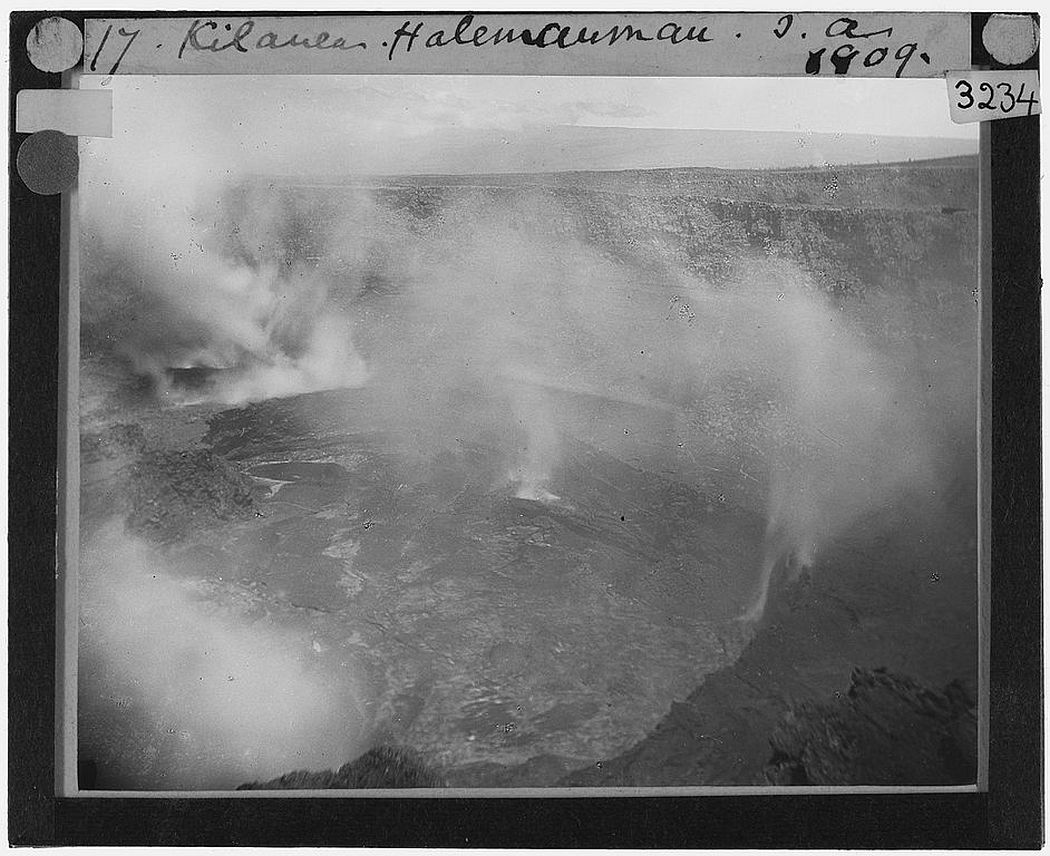 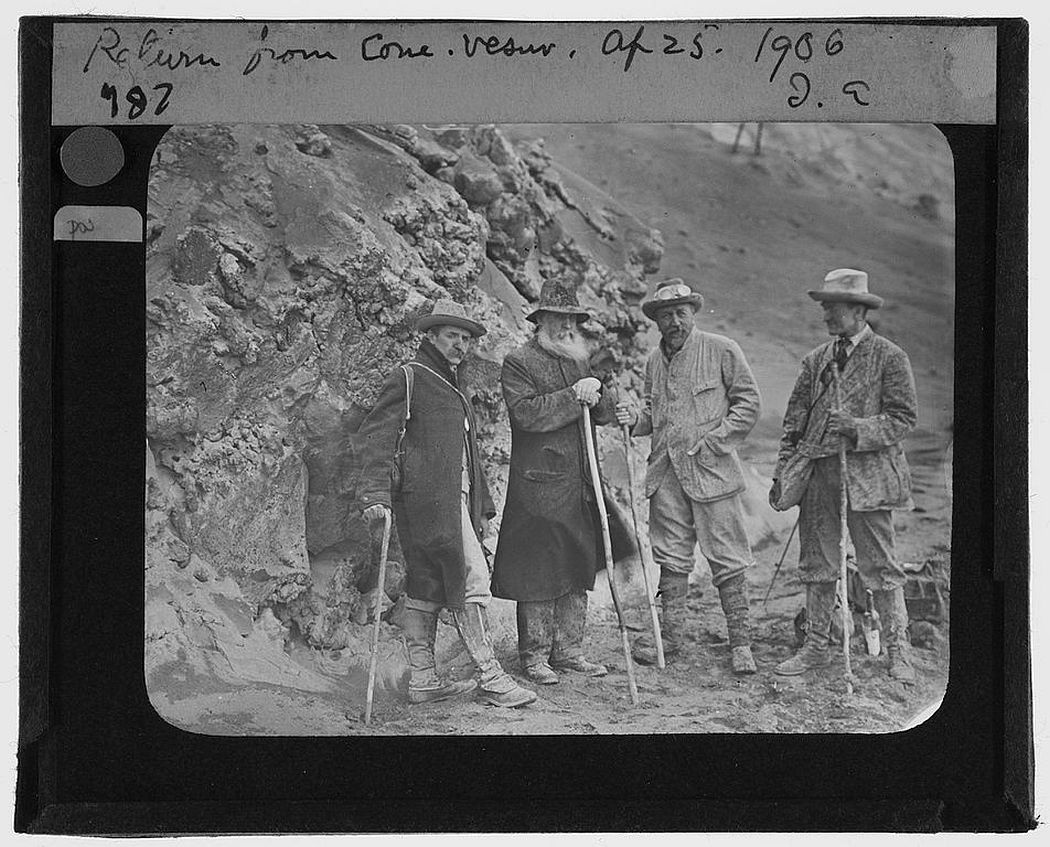 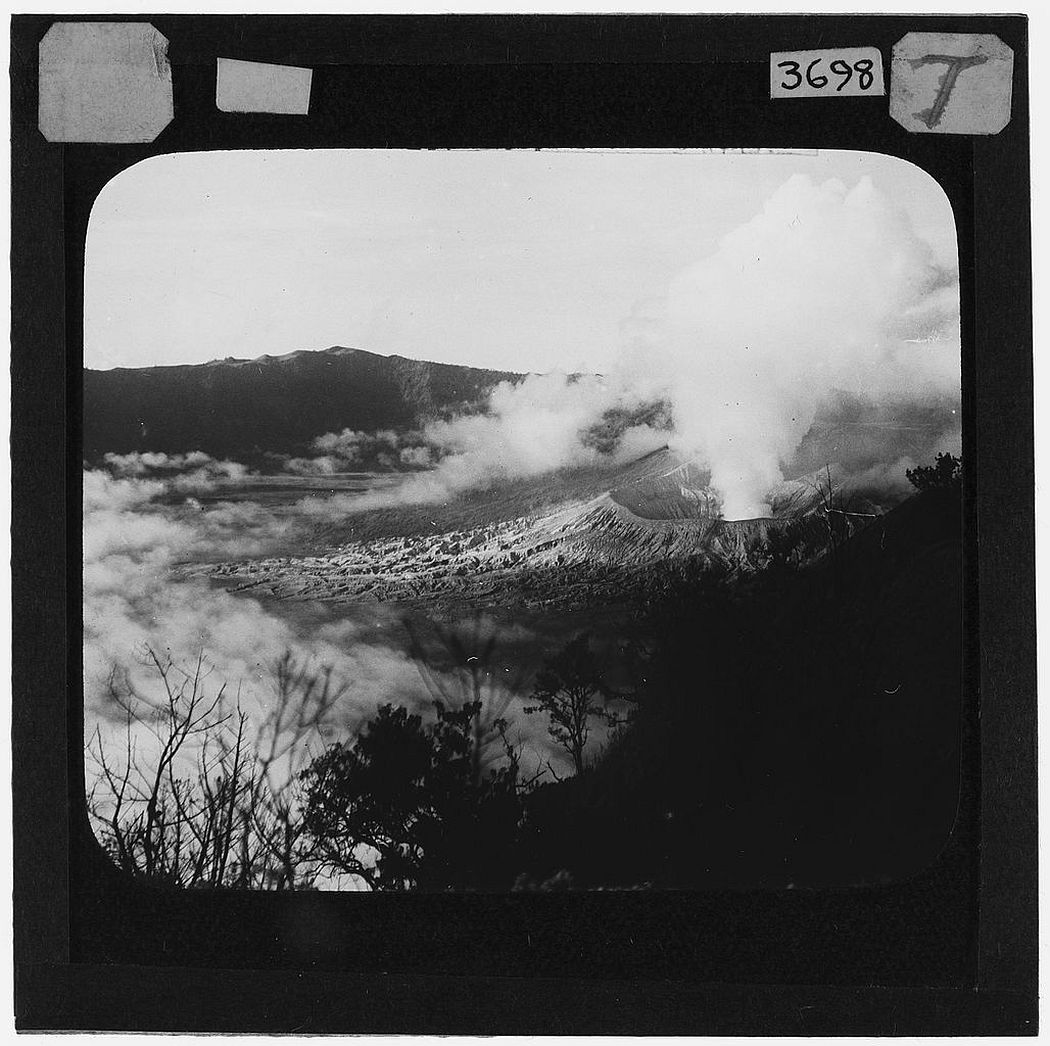 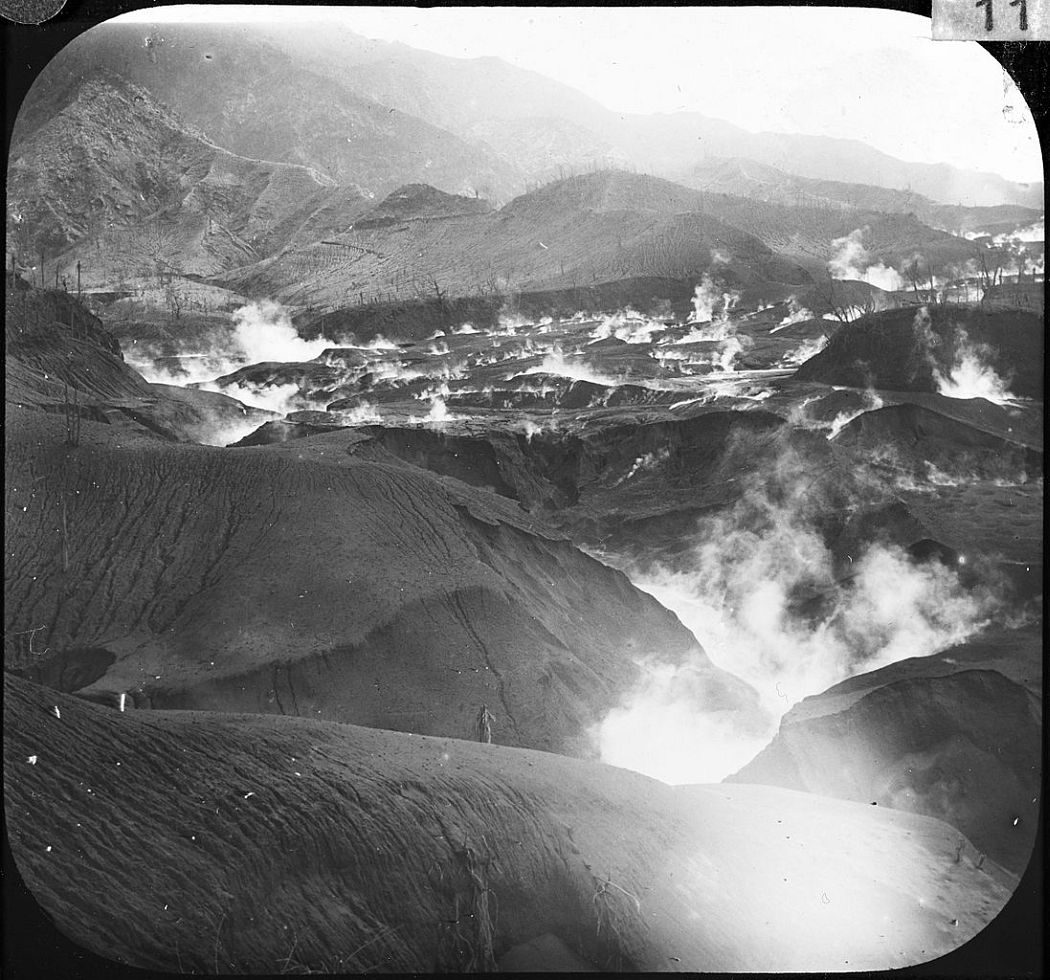 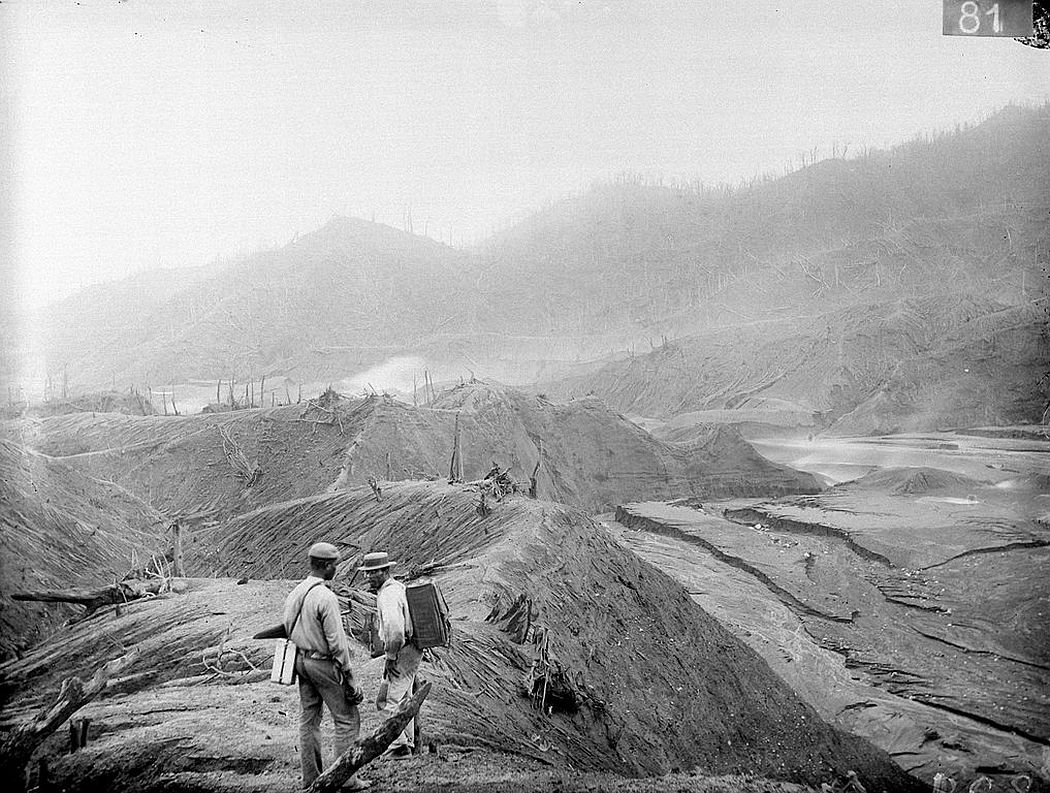 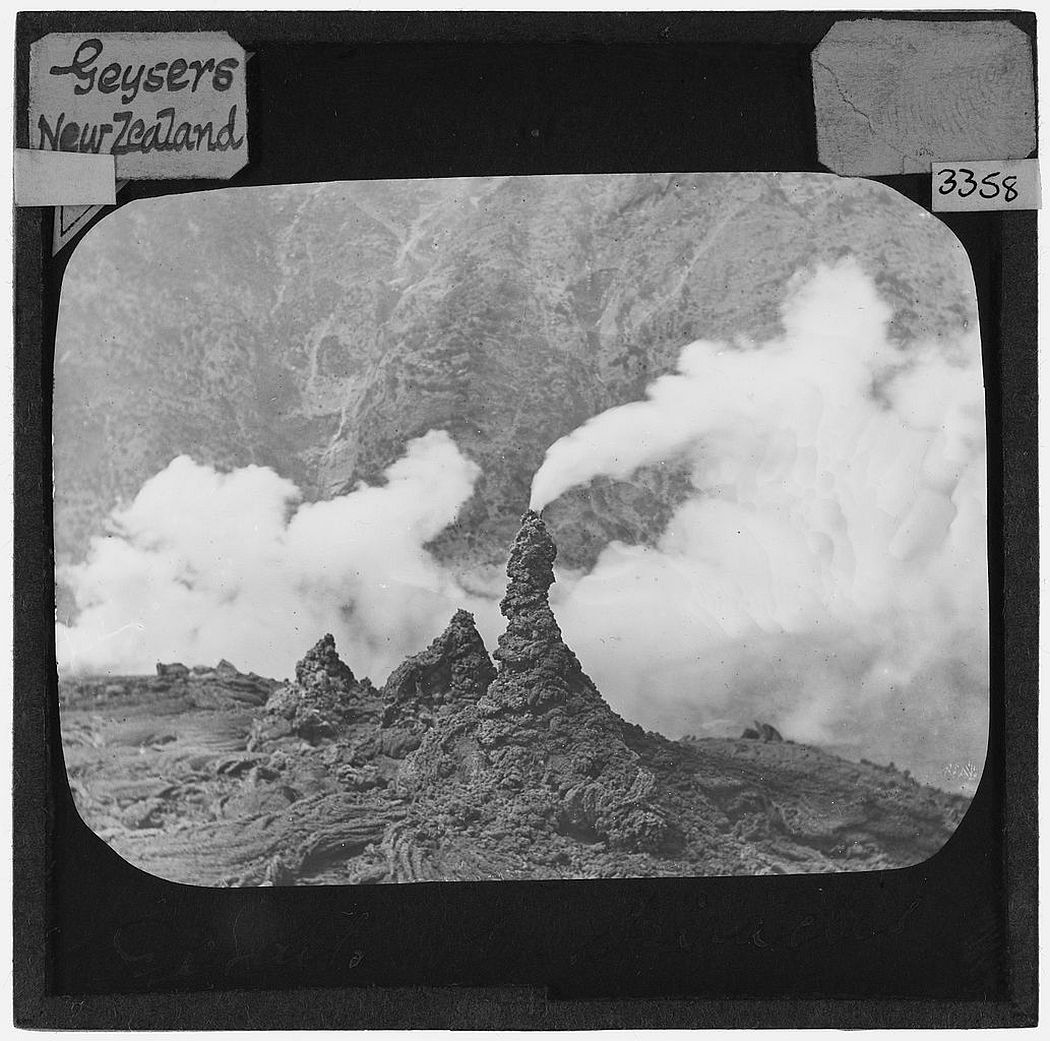 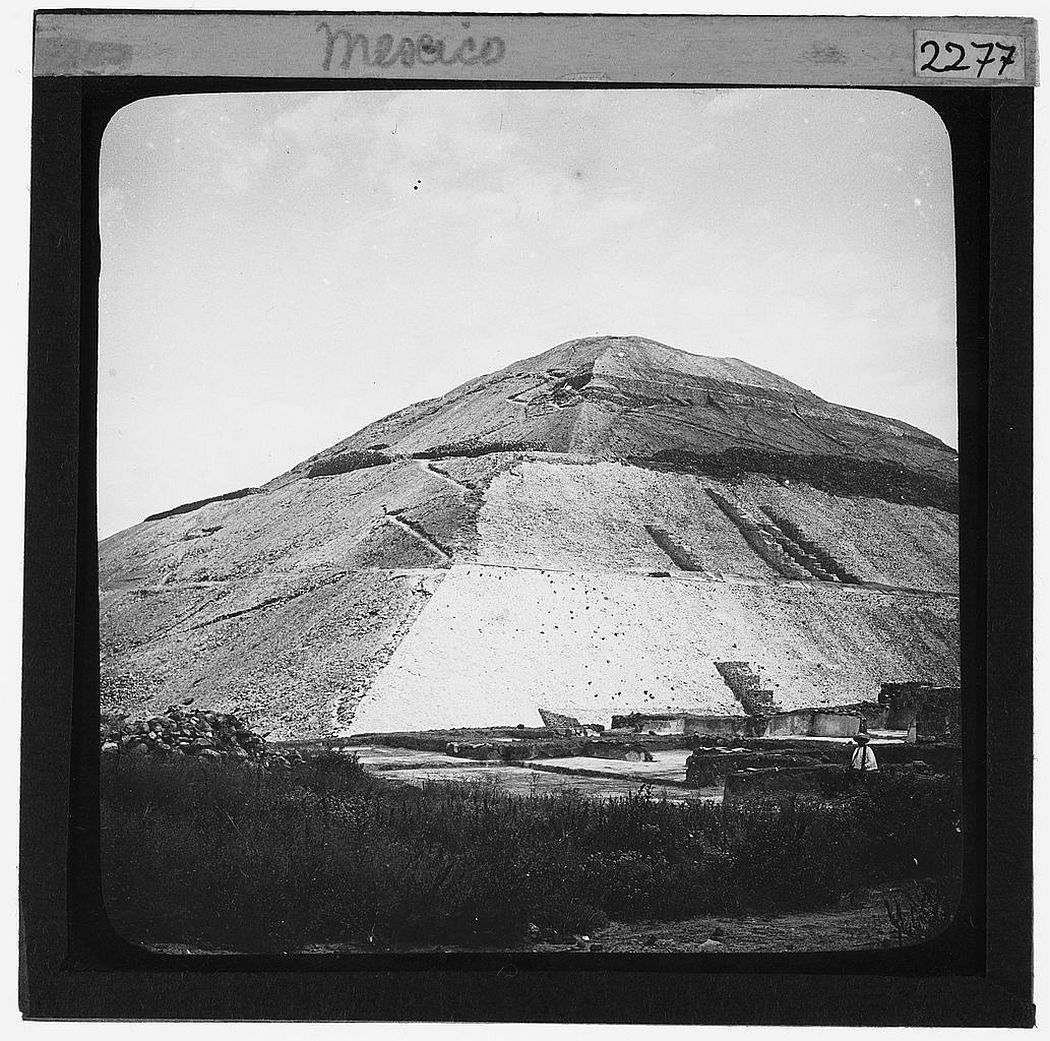 Pyramid of the Sun at Teotihuacan, Mexico (1906) 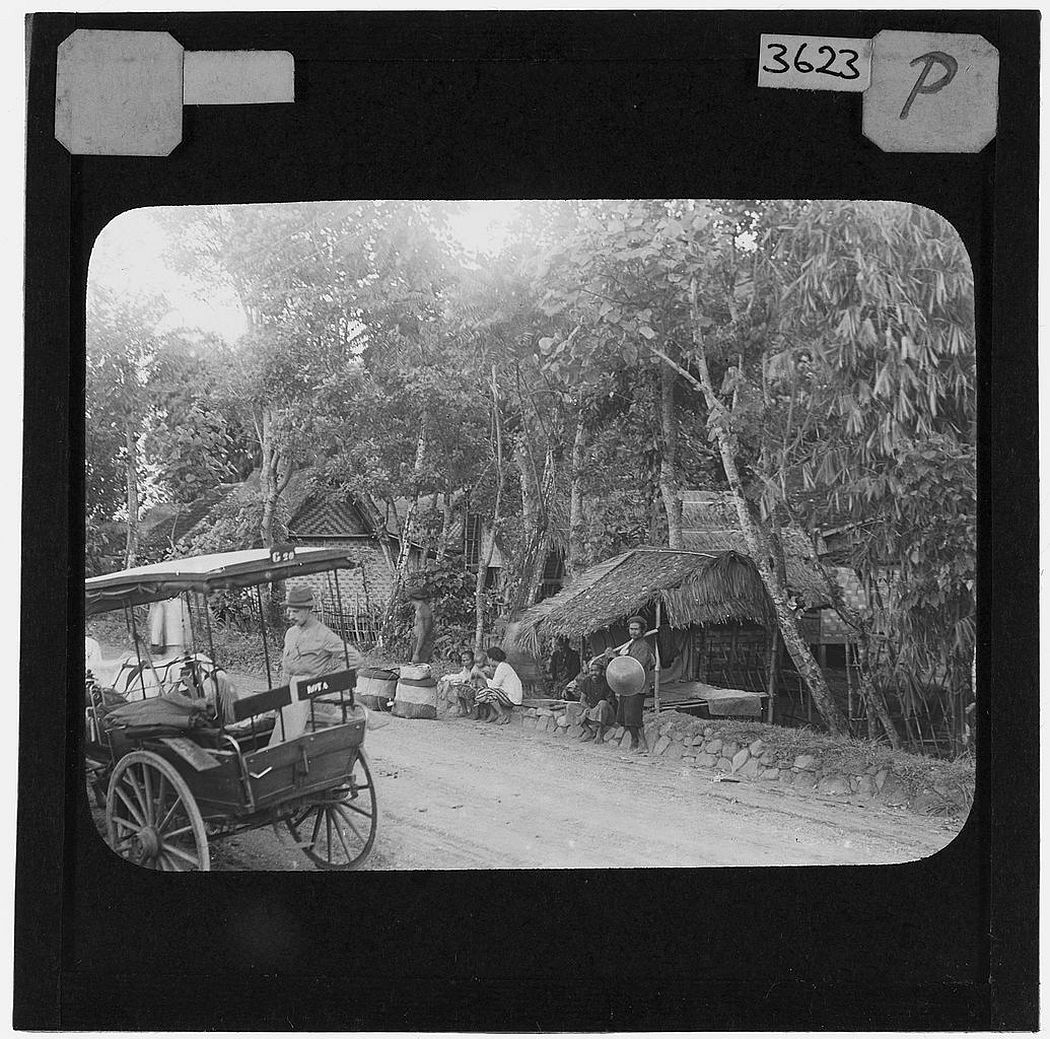 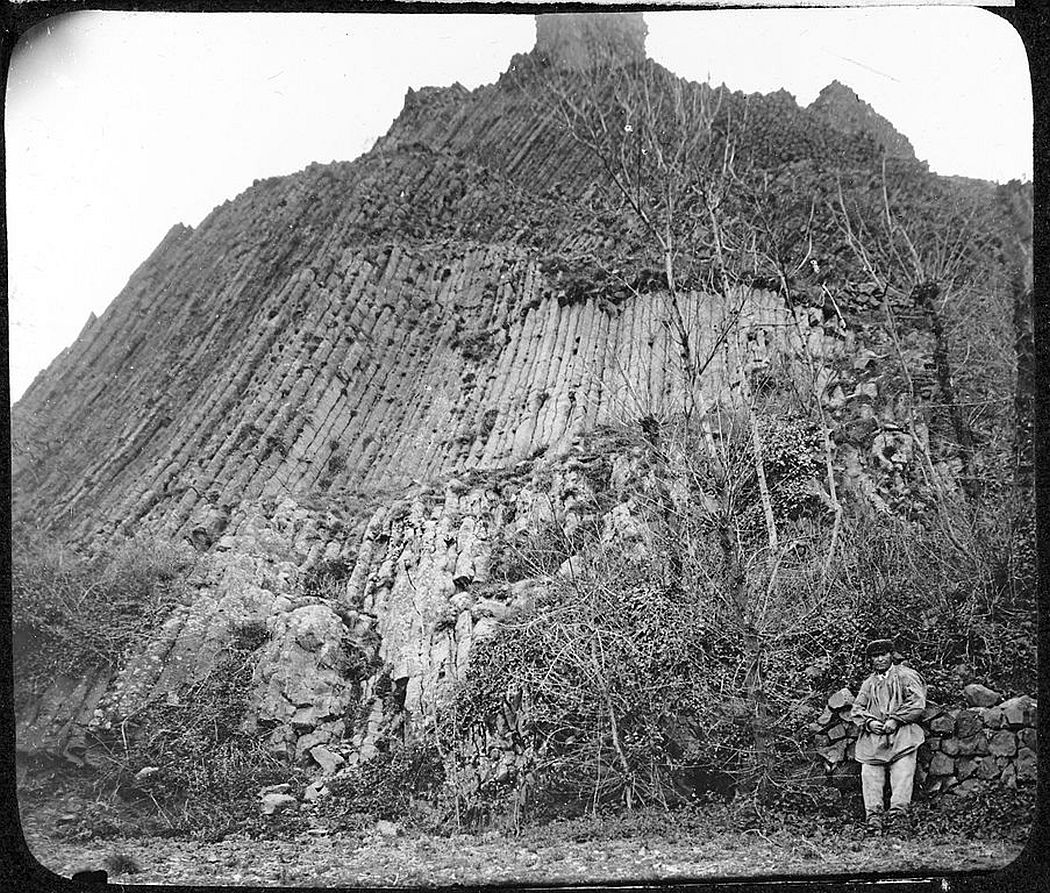 A basalt neck at Buron near Coudes, Southern France (1885) 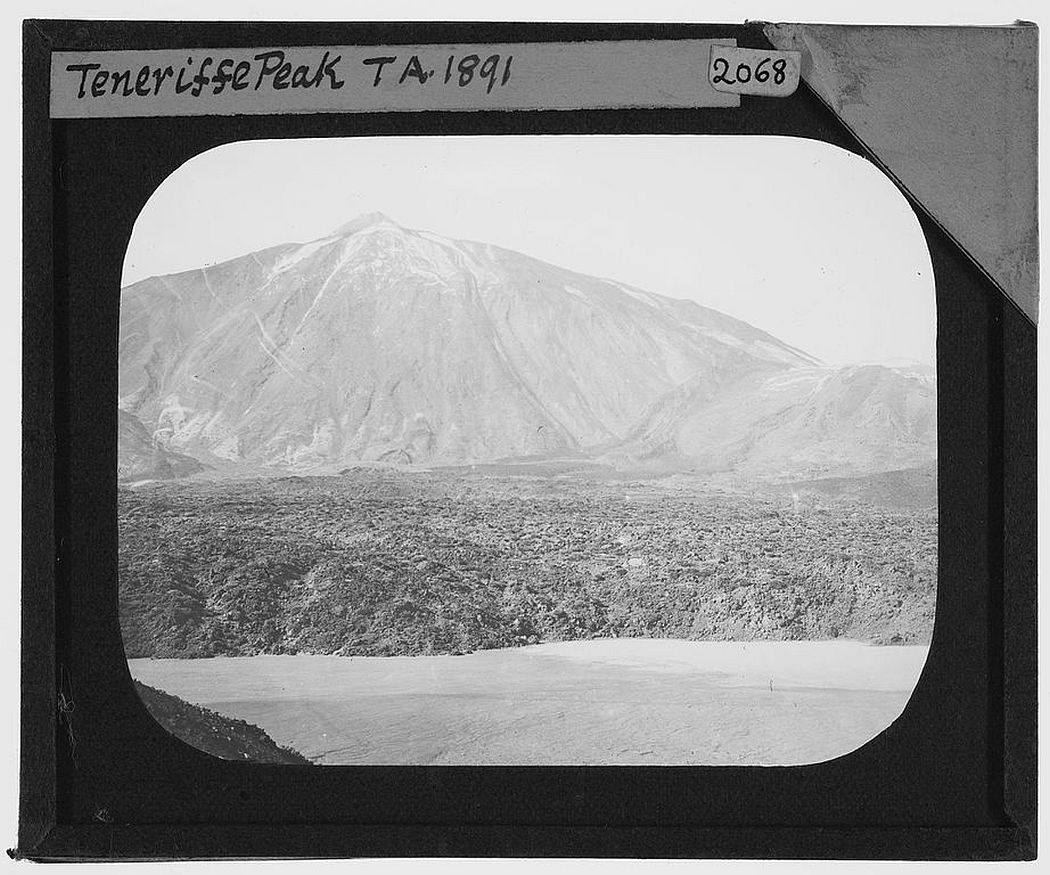 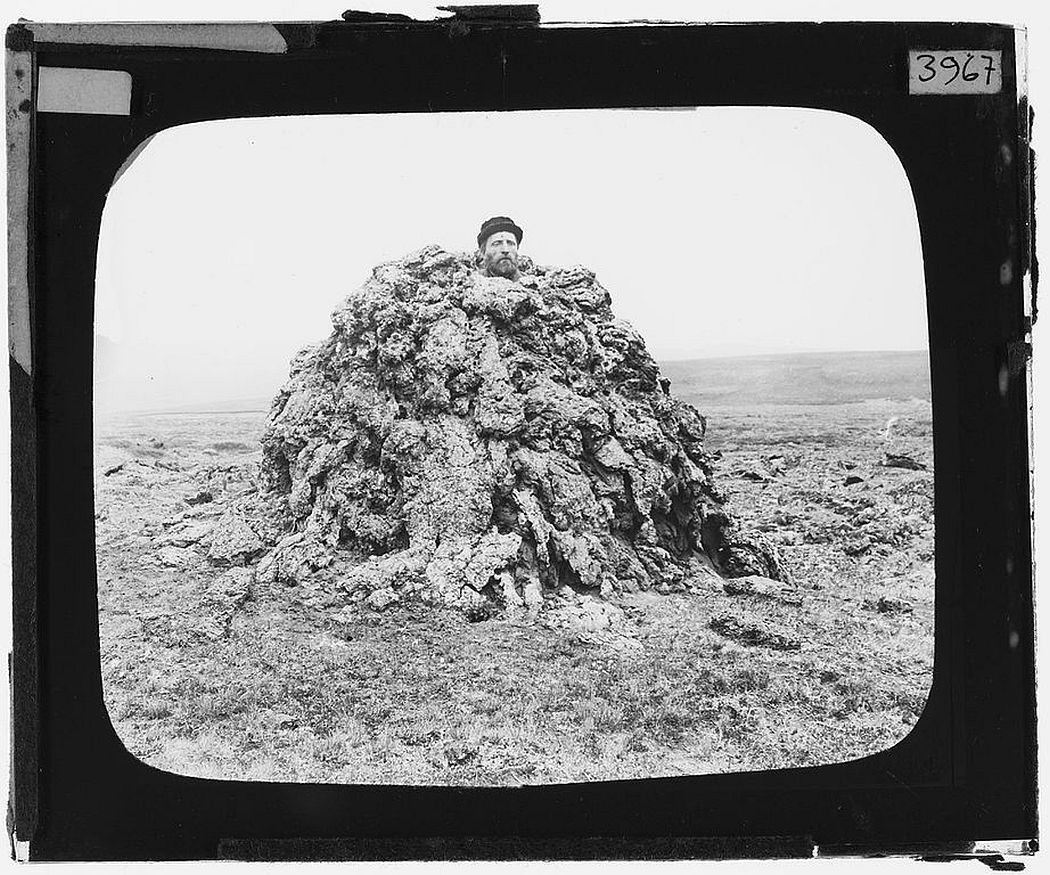 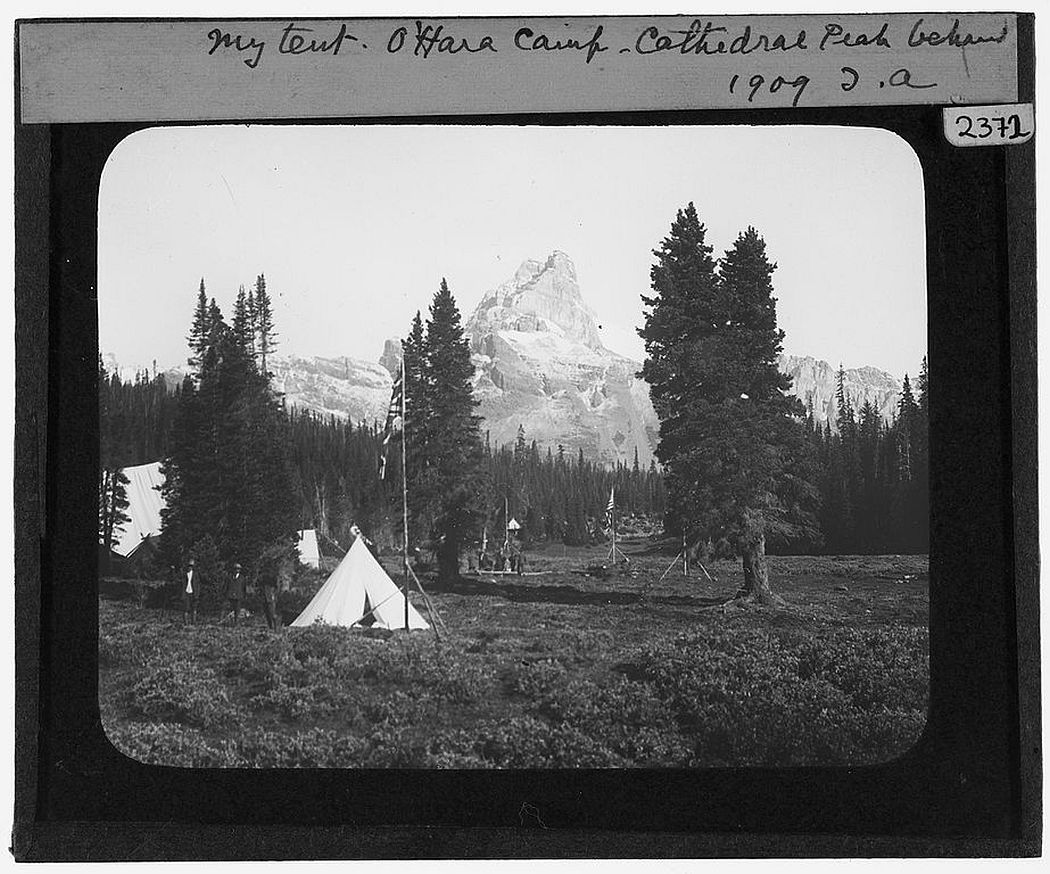