Located on the outskirts of Ghanas’ capital, Bukom is another slum not known to Google-Maps. It smells of burning waste and dirt, but unlike similar places this odor here mixes with sweat that arises from the boxing rings. „You learn to fight before you learn to walk“ is the maxim. In Bukom, boxing is more than just a sport, it´s the glue that holds everything together.

“From our childhood on fighting is part of our lives. So when we saw Azumah Nelson or other guys boxing, we started doing boxing too and it looks like fighting is in our genes, it flows in our veins.” Charles Quartey, Head Coach at Charles Quartey Boxing Foundation. 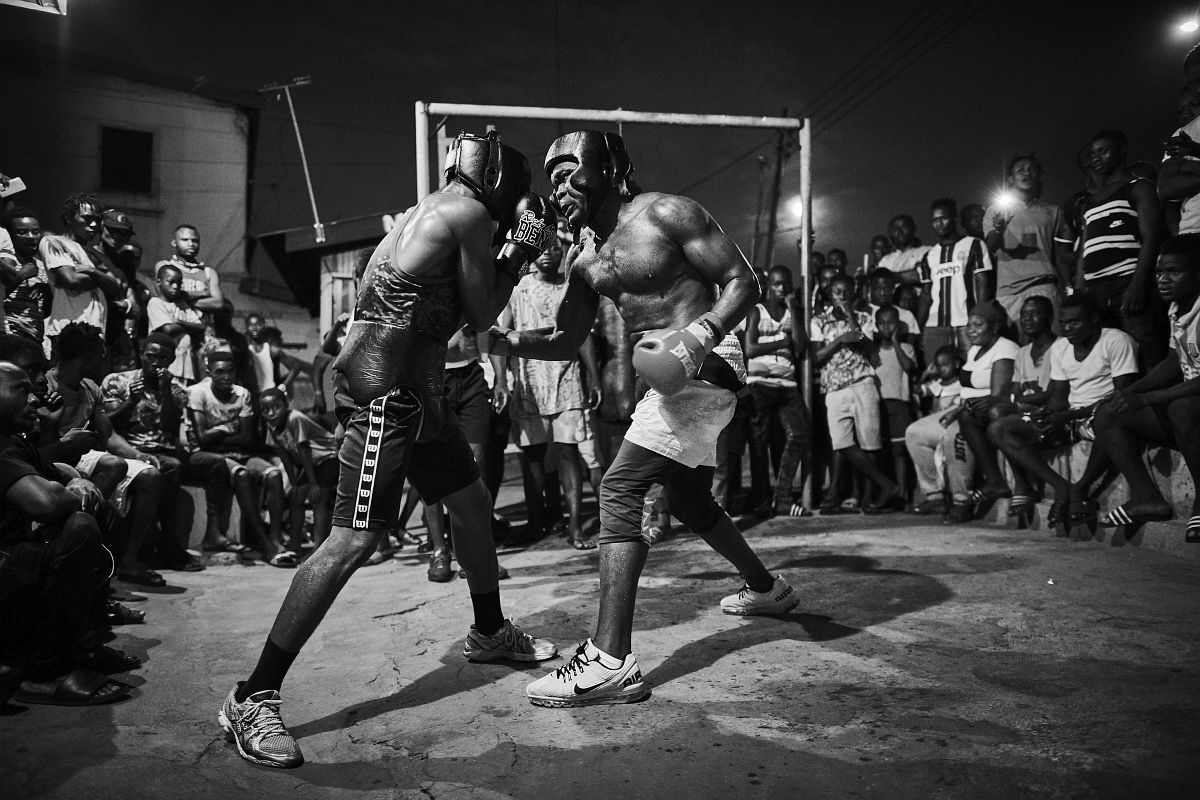 From Right – Boxer Braimah Kamoko, aka “Bukom Banku” sparring with George Ashie aka “Red Tiger” at “Wadada Boxing Gym” in preparation for Kamoko´s fight with Bastie Samir. Accra, Ghana, October 4th, 2017. Crowds of cheering fans encircle the two boxers to cheer on their hero “Bukom Banku”. Many of these fans have run long distances to support the boxers in their training session. 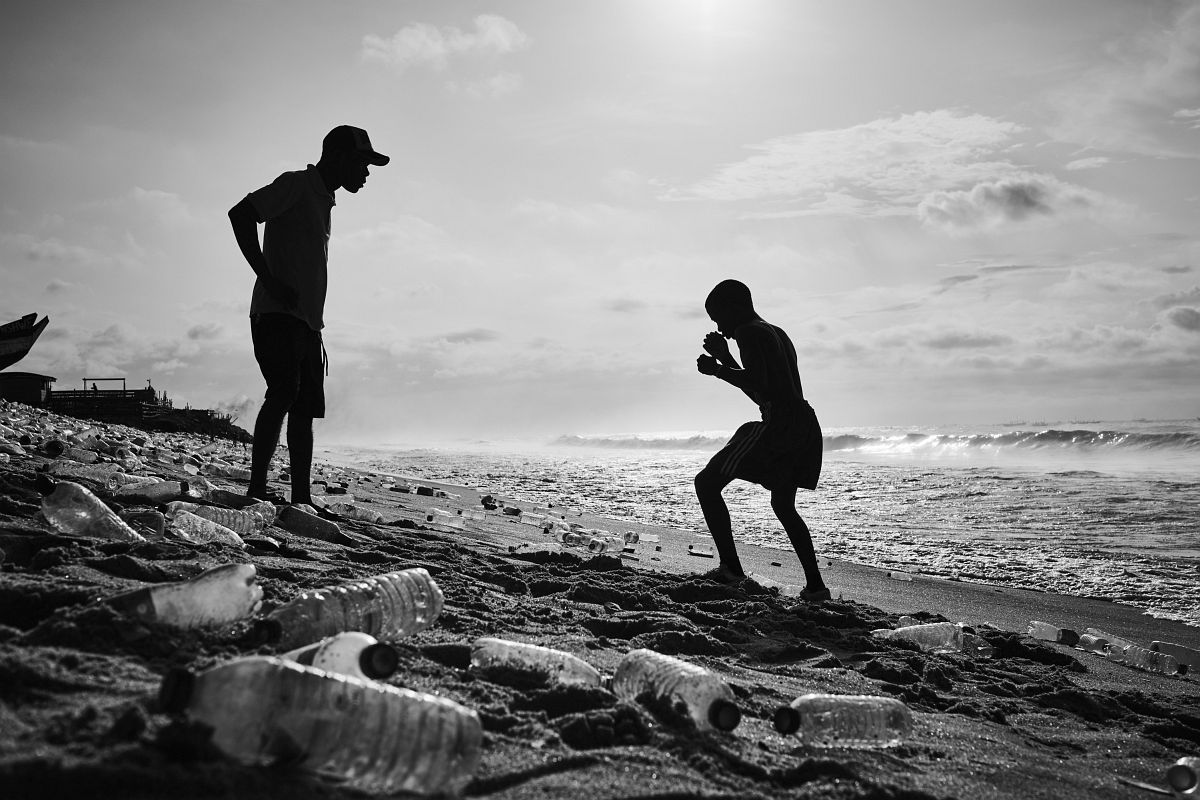 From Left – Boxing coach Osumanu Nii Amarh Brew of “Attoh Quarshie Boxing gym” and young boxer Barnor Wisdom pose for a portrait at the beach in Bukom where boxer´s run and train early in the mornings. In Accra, Ghana, on October 7th, 2017. 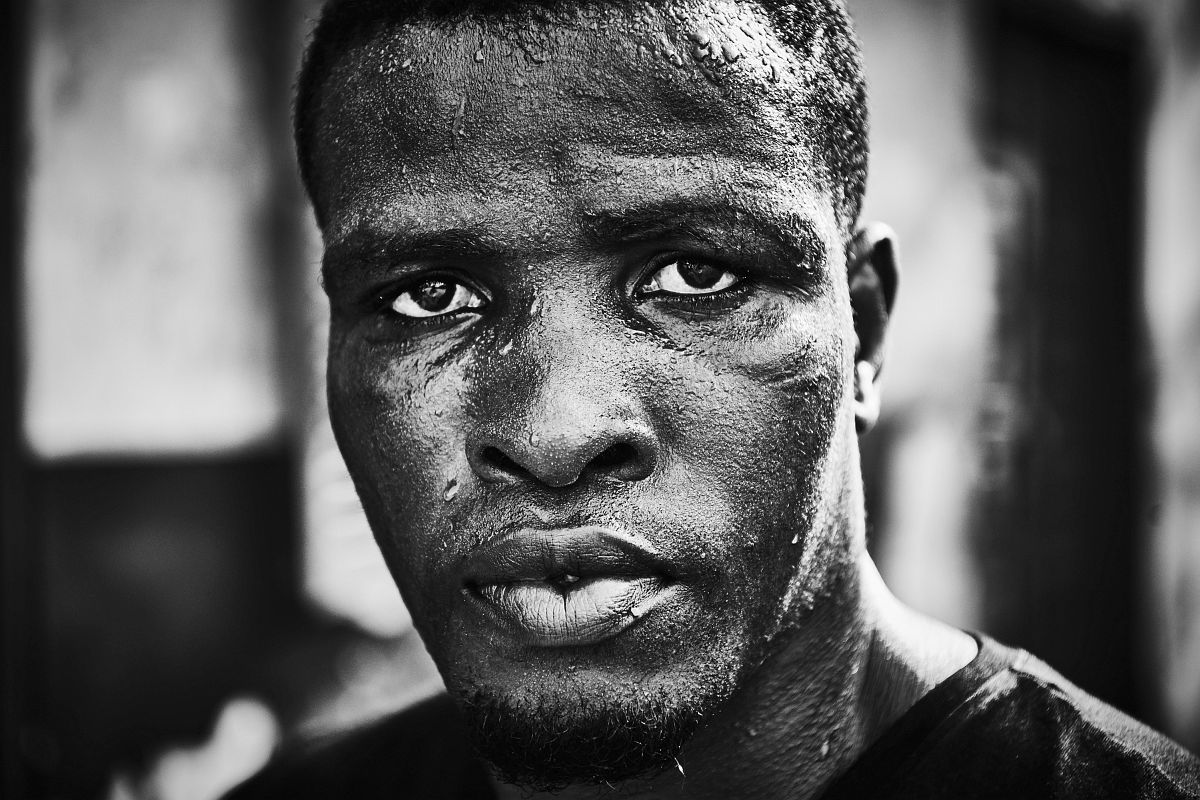 Boxer Obodai Sai poses for a portrait after a training session at “Attoh Quarshie Boxing Gym” in Accra, Ghana, on September 28th 2017. 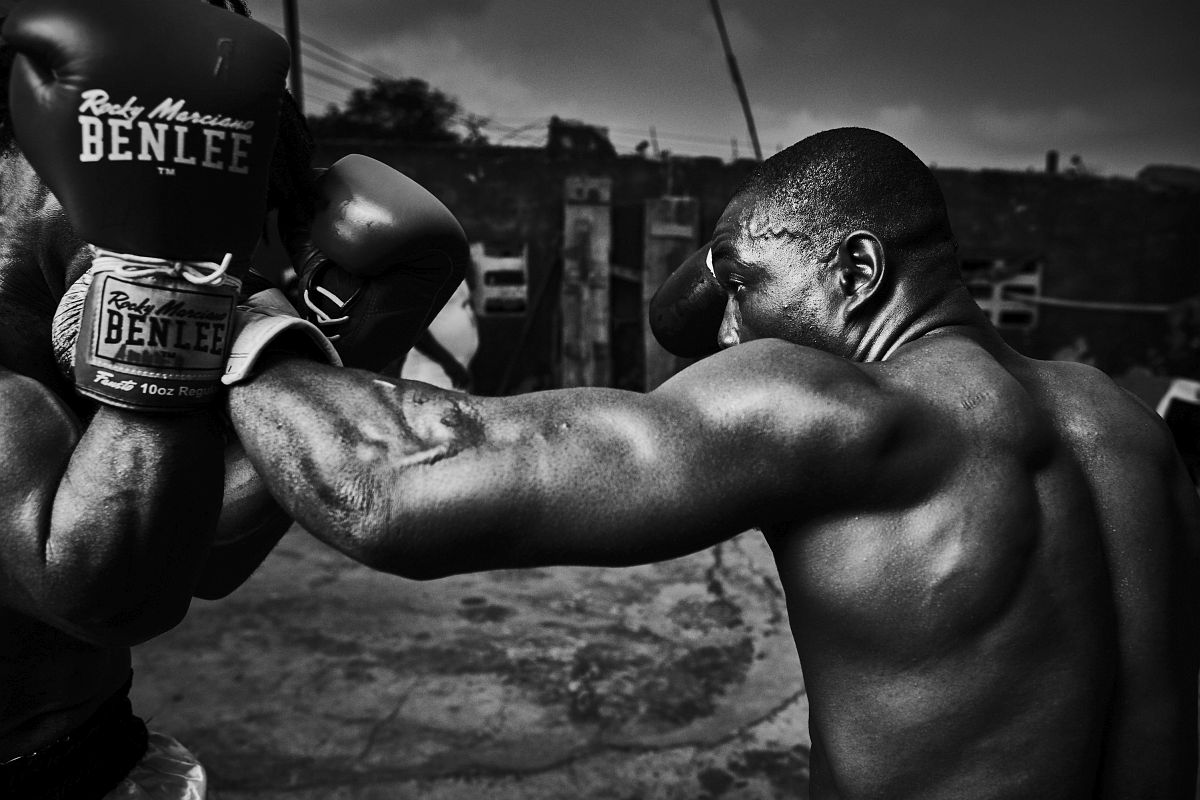 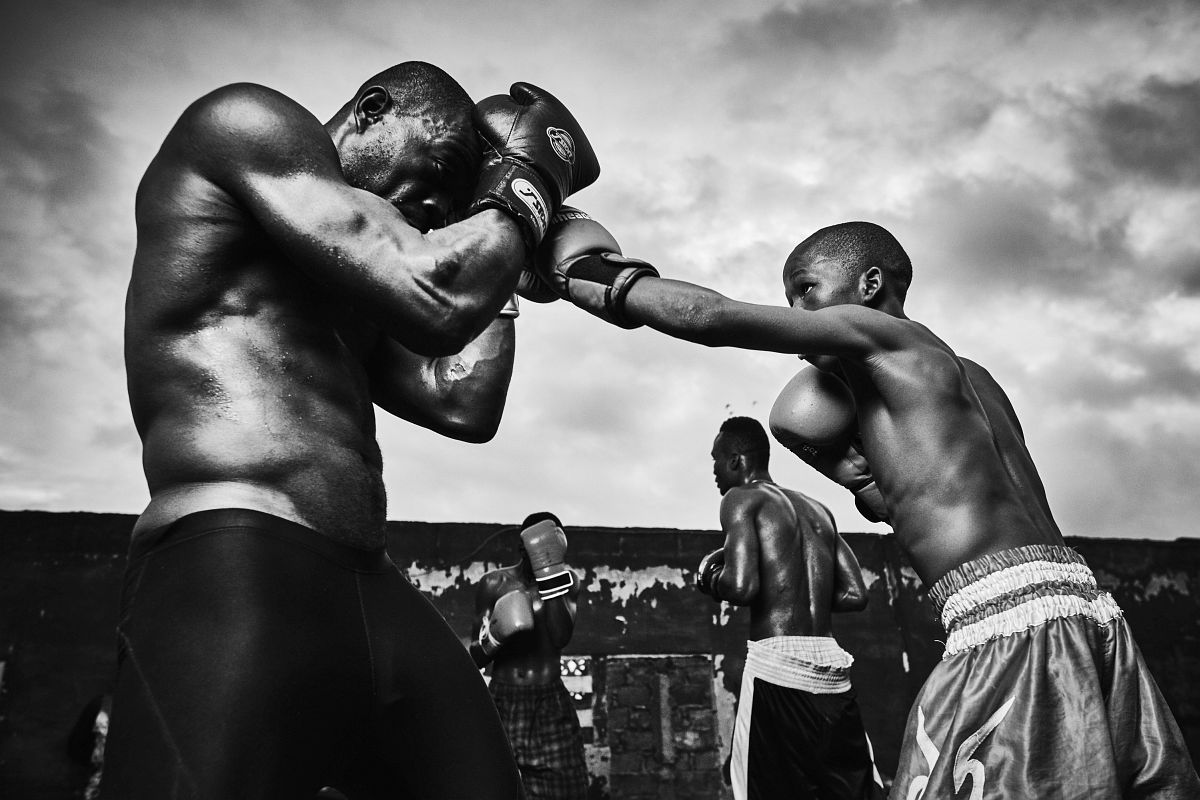 From left – Boxers Atu Ricketts and Emmanuel Fofo Mawuli sparring during training at “Charles Quartey Boxing Foundation”, in Accra, Ghana, on September 29th, 2017. Young up and coming boxer Emmanuel Fofo Mawuli lands a punch on the defense of Atu Rickets. “Fofo” trains along with the adults and current champions at Charles Quartey Boxing Foundation as he grows up in boxing.