The thylacine, now extinct, is one of the largest known carnivorous marsupials, evolving about 4 million years ago. The last known live animal was captured in 1933 in Tasmania. It is commonly known as the Tasmanian tiger because of its striped lower back, or the Tasmanian wolf because of its canid-like characteristics. It was native to Tasmania, New Guinea, and the Australian mainland.

The thylacine was relatively shy and nocturnal, with the general appearance of a medium-to-large-size dog, except for its stiff tail and abdominal pouch similar to a kangaroo, and dark transverse stripes that radiated from the top of its back, reminiscent of a tiger. The thylacine was a formidable apex predator, though exactly how large its prey animals were is disputed. Because of convergent evolution it displayed a form and adaptations similar to the tiger and wolf of the Northern Hemisphere, even though not related. Its closest living relative is either the Tasmanian devil or the numbat. The thylacine was one of only two marsupials to have a pouch in both sexes: the other is the water opossum. The pouch of the male thylacine served as a protective sheath covering the external reproductive organs.

The thylacine had become extremely rare or extinct on the Australian mainland before British settlement of the continent, but it survived on the island of Tasmania along with several other endemic species, including the Tasmanian devil. Intensive hunting encouraged by bounties is generally blamed for its extinction, but other contributing factors may have been disease, the introduction of dogs, and human encroachment into its habitat. 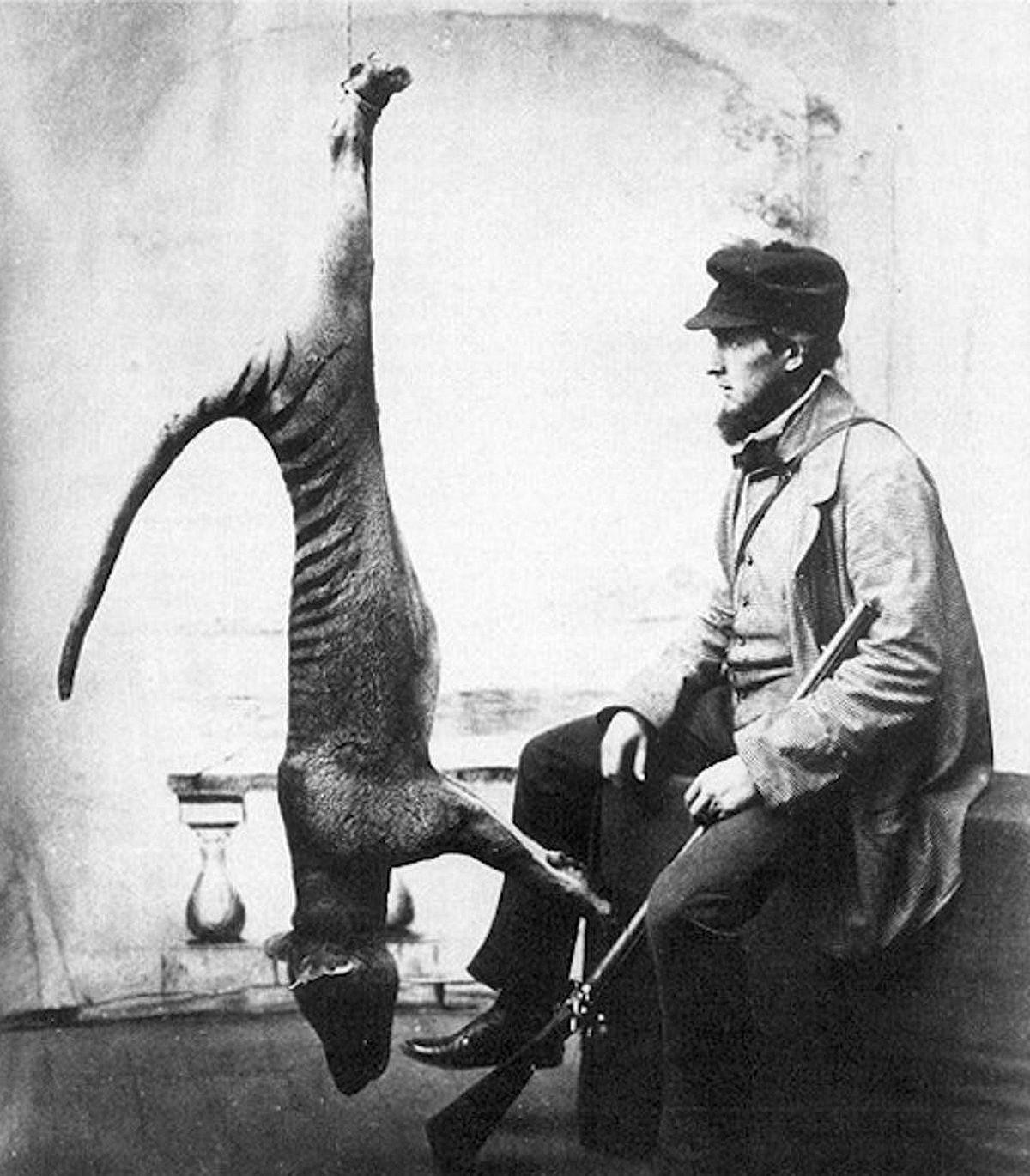 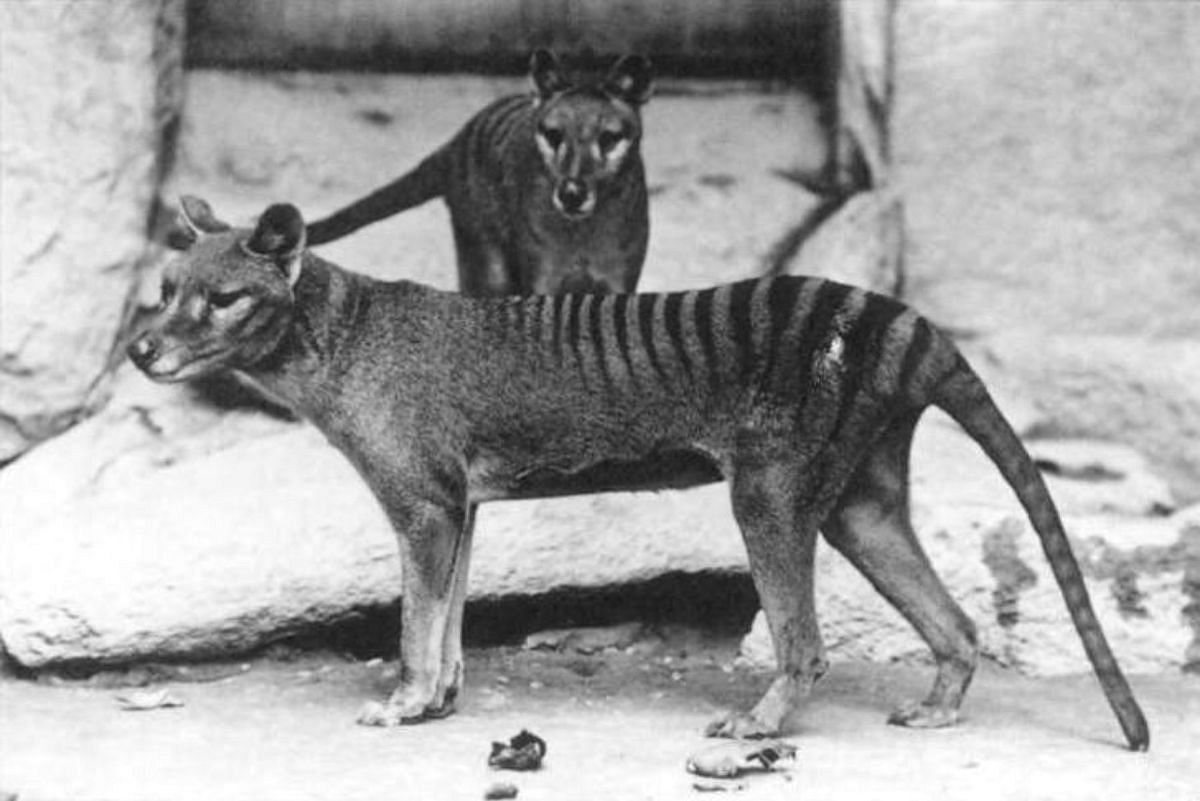 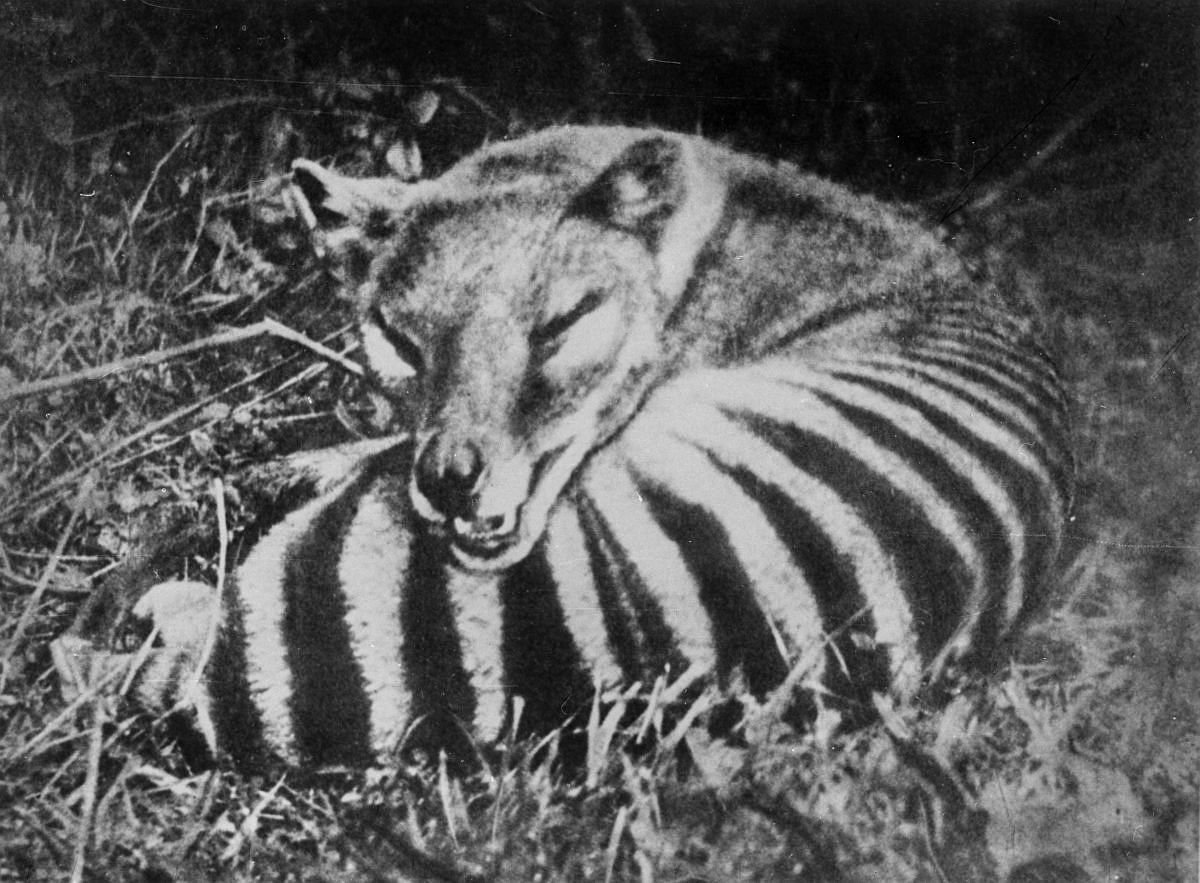 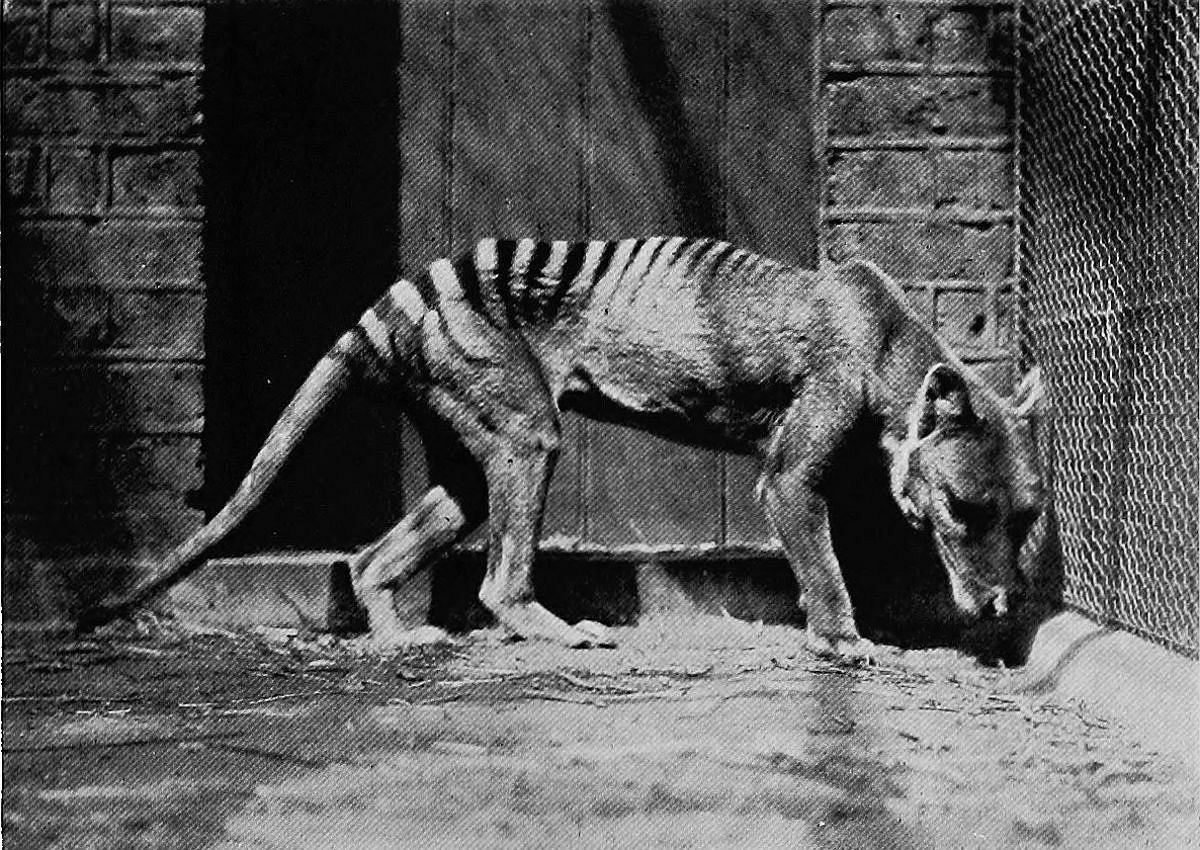 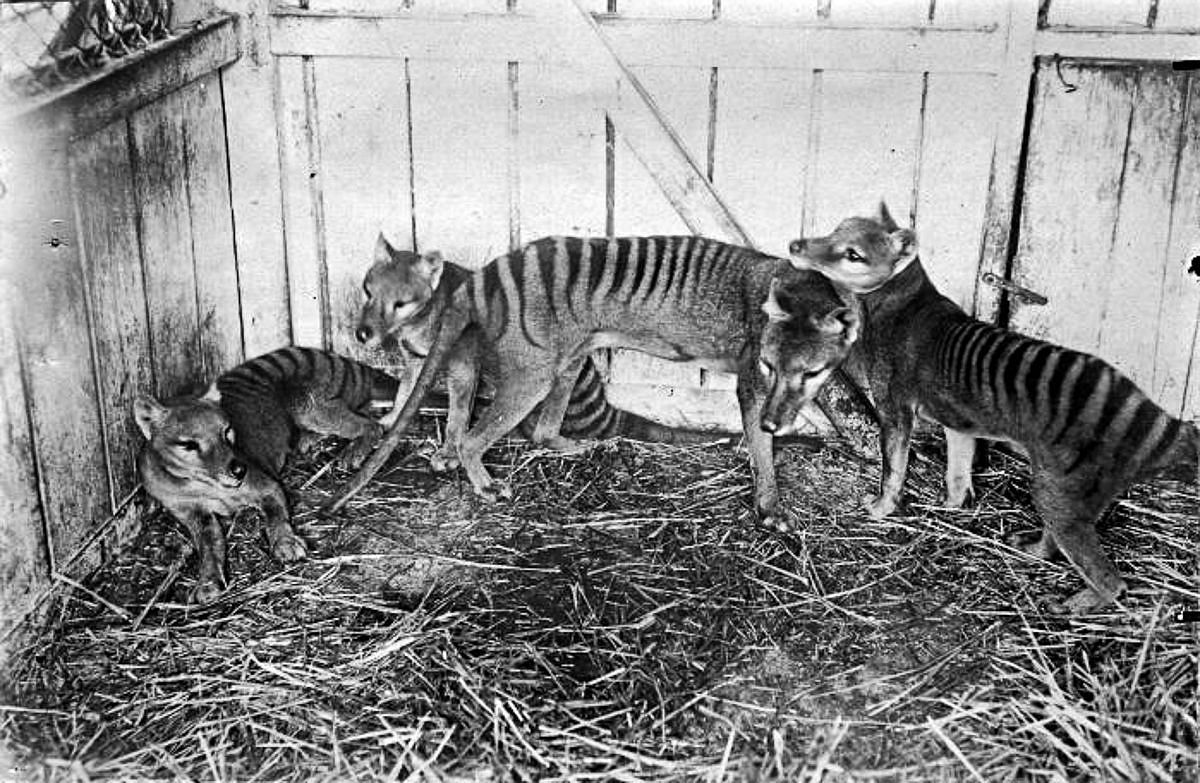 1910 A family of thylacines at the Hobart Zoo. Image: Public Domain 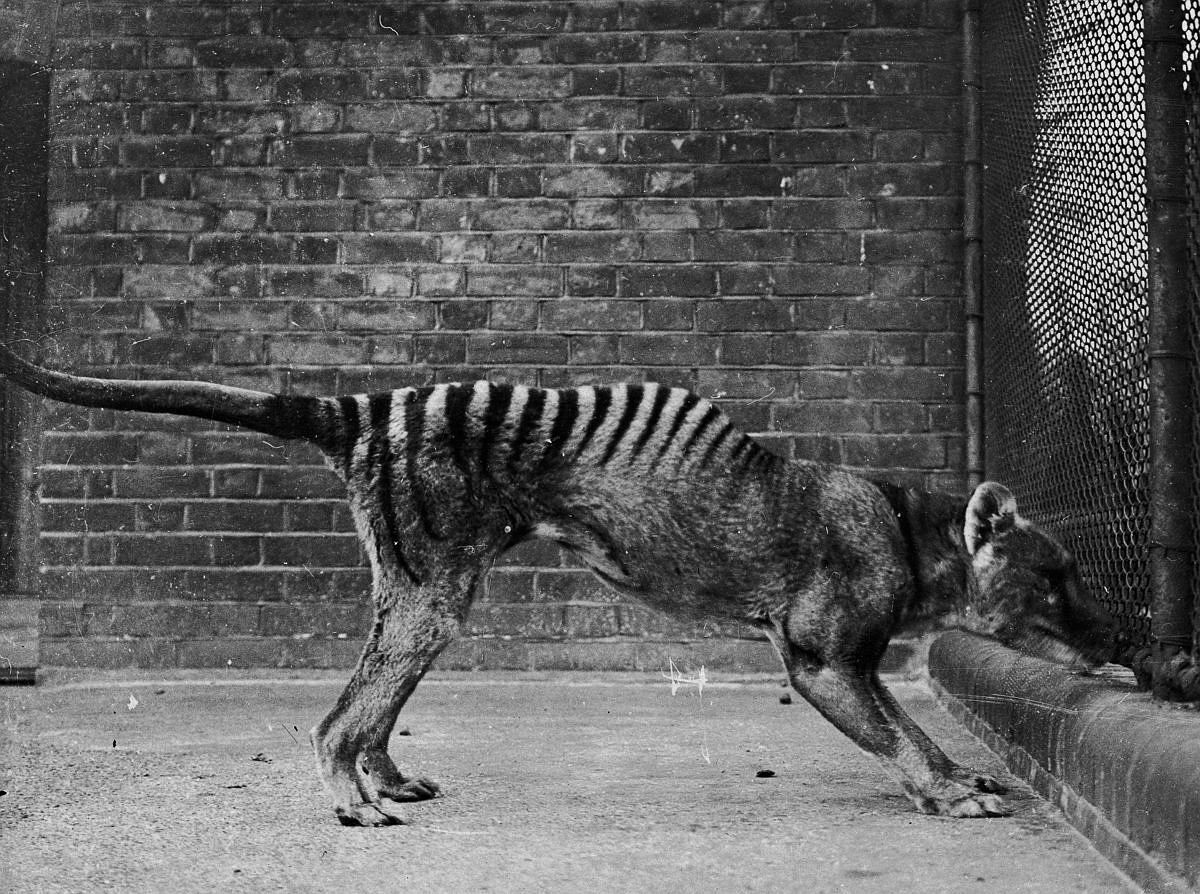 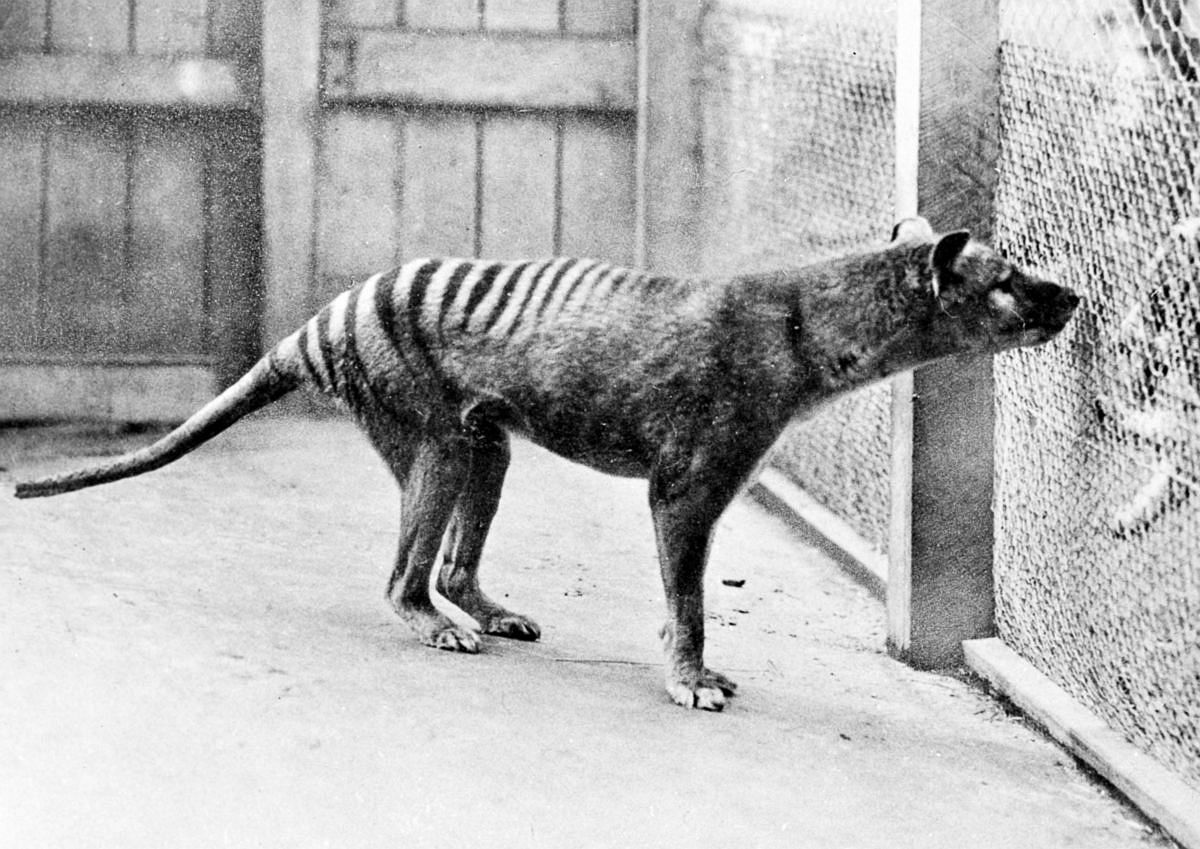 1933 One of the last thylacines in captivity at the Hobart Zoo. Image: Universal History Archive/UIG via Getty Images 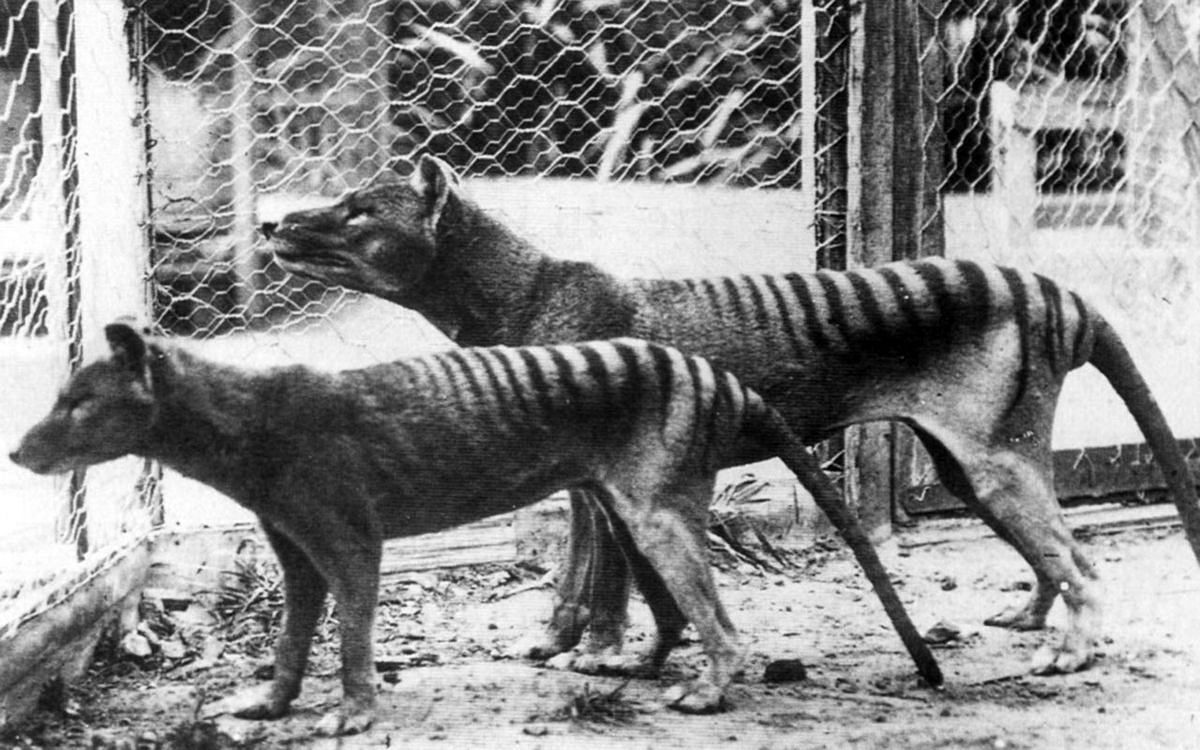 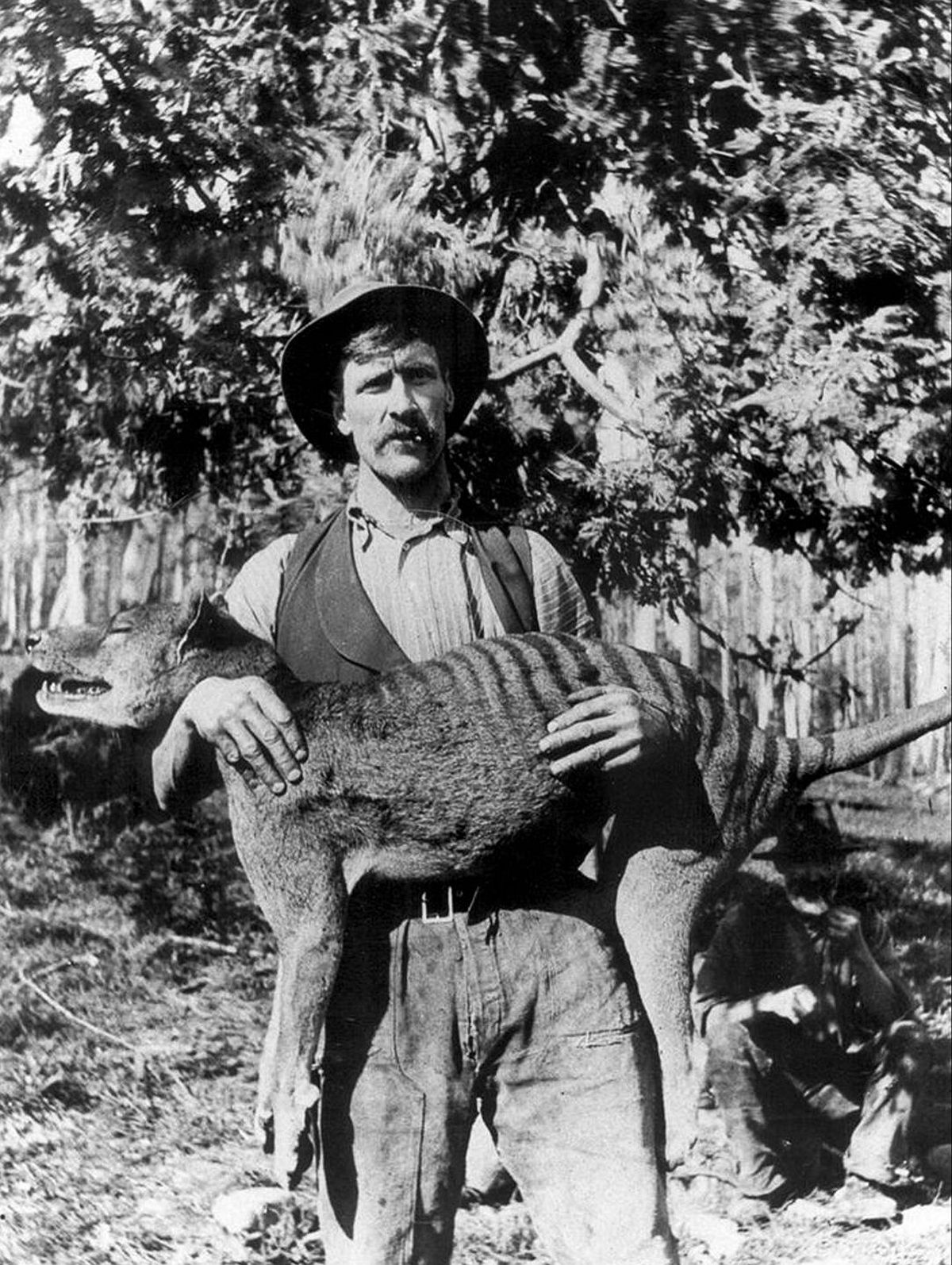