“But soon there will be nothing left. Traces of lipstick on a glass remind us that only a few moments before, bodies were intertwined, each lusting for the other. Only objects remain. Now left to their own demise. Vases, glasses, full of words and clues and gasps and sighs from vanished passions.

Objects placed in a particular order. An order that echoes that of a world of a man: the man behind the camera. Actor, voyeur, operator, storyteller, conveyer. He whispers and suddenly we hear the murmur between the lovers. Each in solitude. Never quite together. Joined, somewhere, elsewhere.

The woman proudly flaunts herself, provocative and domineering, whilst the man shies away. Beneath the sheets he attempts to hide from himself. Tired of seeing, tired of her yearning, he shuts his eyes. Who will see in his place now? The photographer? The shadow that appears and disappears at the pace of his visions? For the eye never dies. Always in dire straits, looking for a sign, a feeling, an answer.

Suddenly we find ourselves faced with the anathema of the artist, with the complexity of being a single being and the eternal dilemma: forgetting oneself versus renouncing the work.

We return to reality. The bodies have left. The fever has passed. It disseminated all but the images, frozen for an artificial eternity. Man and woman now stand as two survivors. The night can no longer hold them back. Like vampires, they flee the coming dawn. Photography is the only trace of them ever existing. Light is all. Let there be light!

The chamber is now empty. The bodies have dissolved into the waters from which they originated, pure matter again. They are far gone now. Photography shall not suffice.” – Selma Bella Zarhloul (Curator)

Gil Rigoulet becomes in 1984 the first photographer to work with the newspaper Le Monde with which he collaborates for over 20 years. He achieves side by side with Henri Cartier-Bresson a supplement called “Portrait of a news paper; le Monde”. In 1986, Robert Doisneau presents Gil’s pictures in a portfolio of Photo-Magazine and Christian Caujolle (Chief Picture Editor of the French newspaper Liberation) show his pictures for the exhibition Life in a Swimming Suit at the Deligny swimming pool next to Jospeh Koudelka, Marc Riboud, William Klein, Helmut Newton, Jean Loup Sieff, Jacques Henri Lartigue…

He collaborates, during his press career, with numerous national and international magazines such as Geo, Grands Reportages, Elle, Figaro magazine, The Sunday Times, La Republica, la Stampa, El Pais. He continues his work for the press until 2007.

“I was passionate about photos, making a living shooting pictures brought me a sense of balance. But the photos I took for a newspaper weren’t necessarily the topics I was most interested in. So I took time off and travelled to fulfill my own calling. No obligations, no command, just to see the world around me. I wanted to immerse myself in this society and convey my feelings to understand what was frozen and what changed. I went into the details of situations, grasped what sometimes escapes us. We must love human nature to devote so much time and it takes time to understand these lives, these ways of transcending the ordinary, these absurd situations, but also this joy of living and this revolt. My pictures were the street.”

In the 80s, he chooses to focus on this personal photographic research too and 35 years later, he is still seeking those subjects. He kept those series private and only started to show them recently: Bodies & Water, On the Road and Intimacy.
“This last series shows the intimacy of the places where I lived, glasses, carafes, clothes and women. I made these polaroid images, but I did not fix the positives, I let them deteriorate over time; mimicry with memory that dilutes in time.” 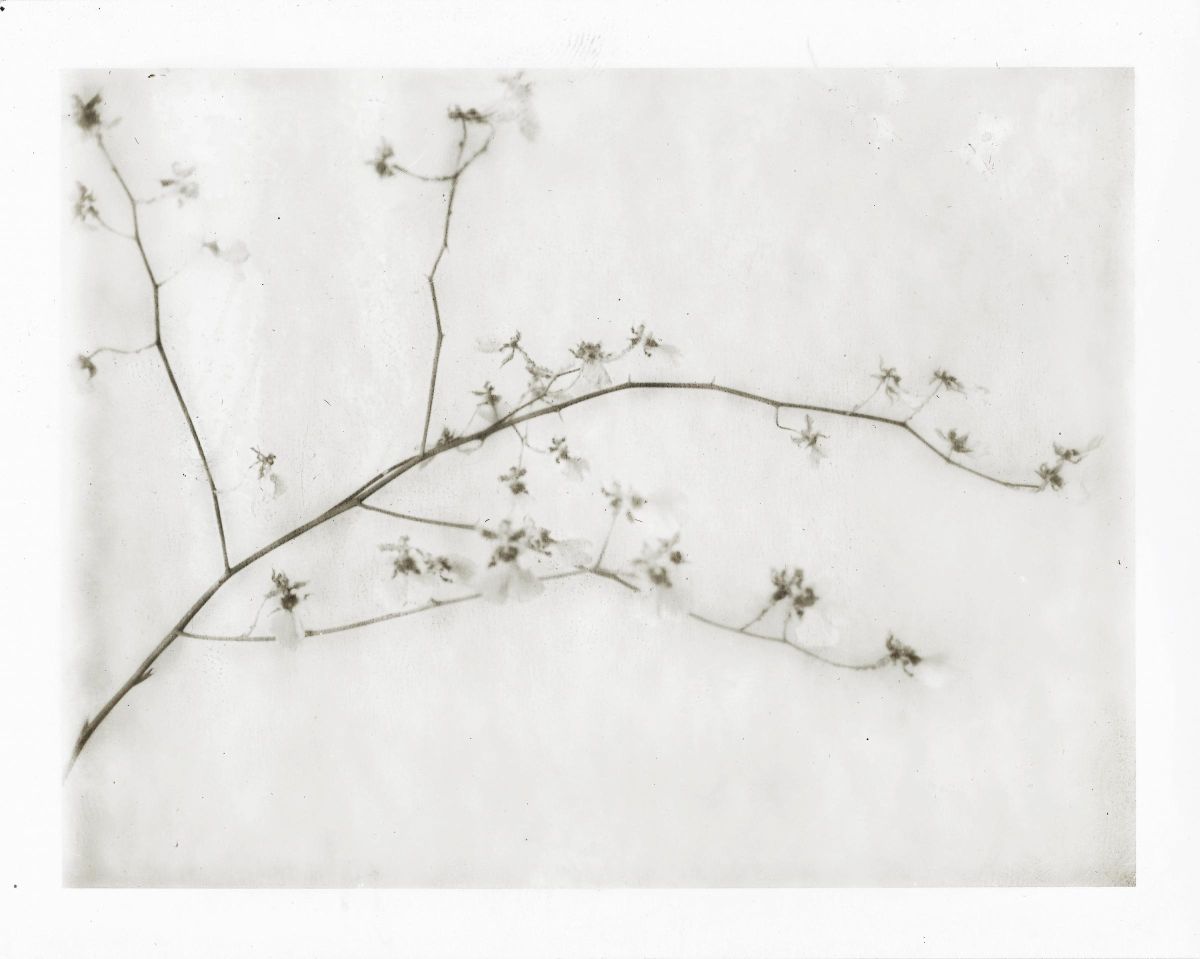 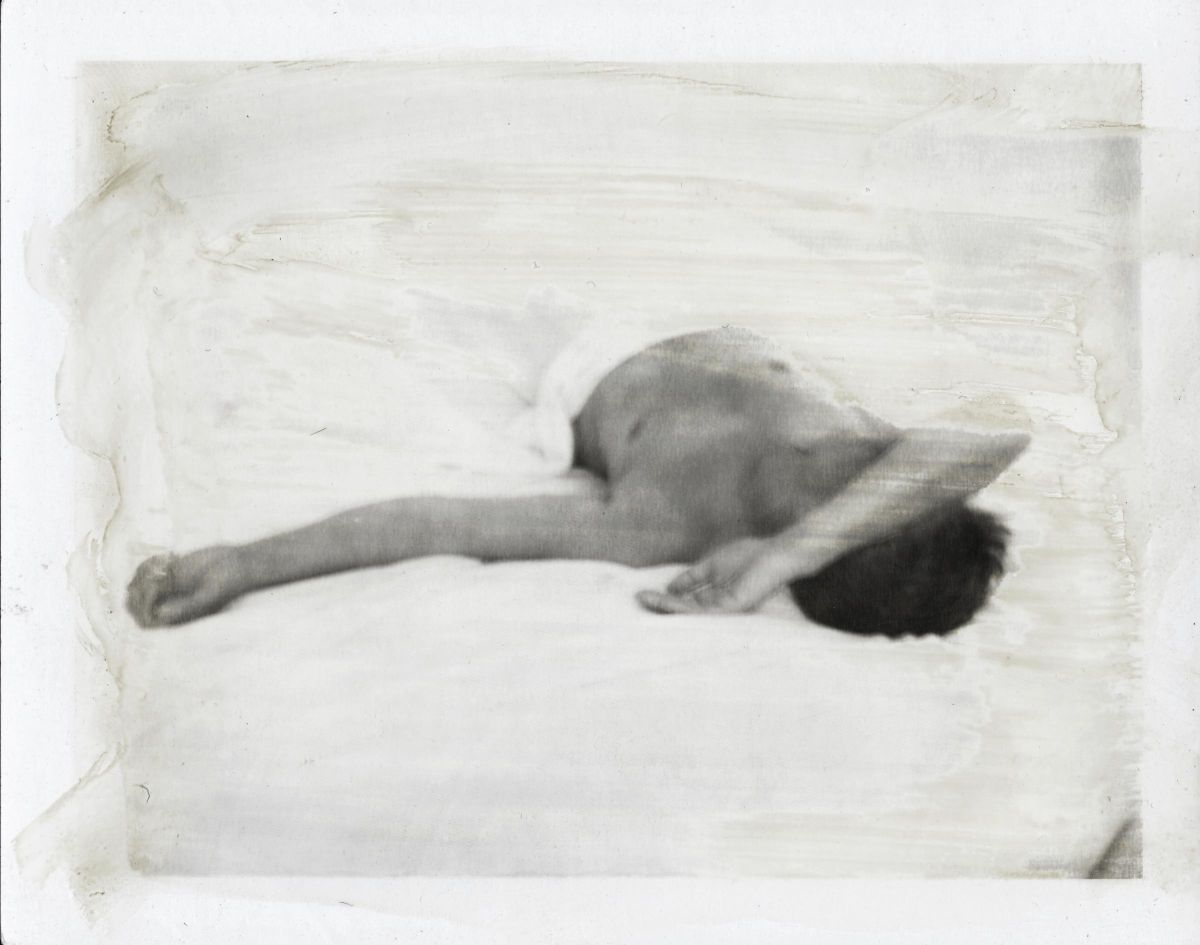 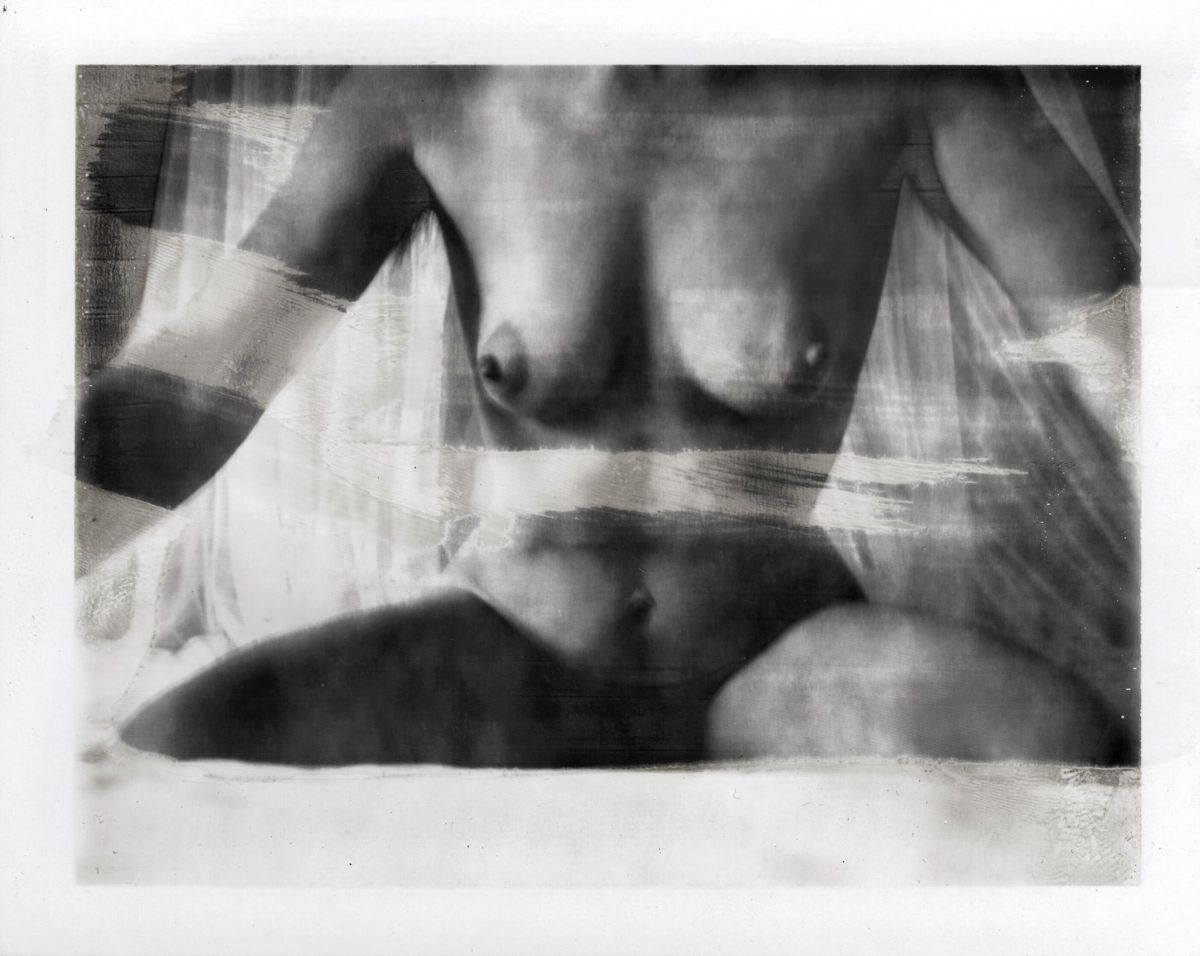 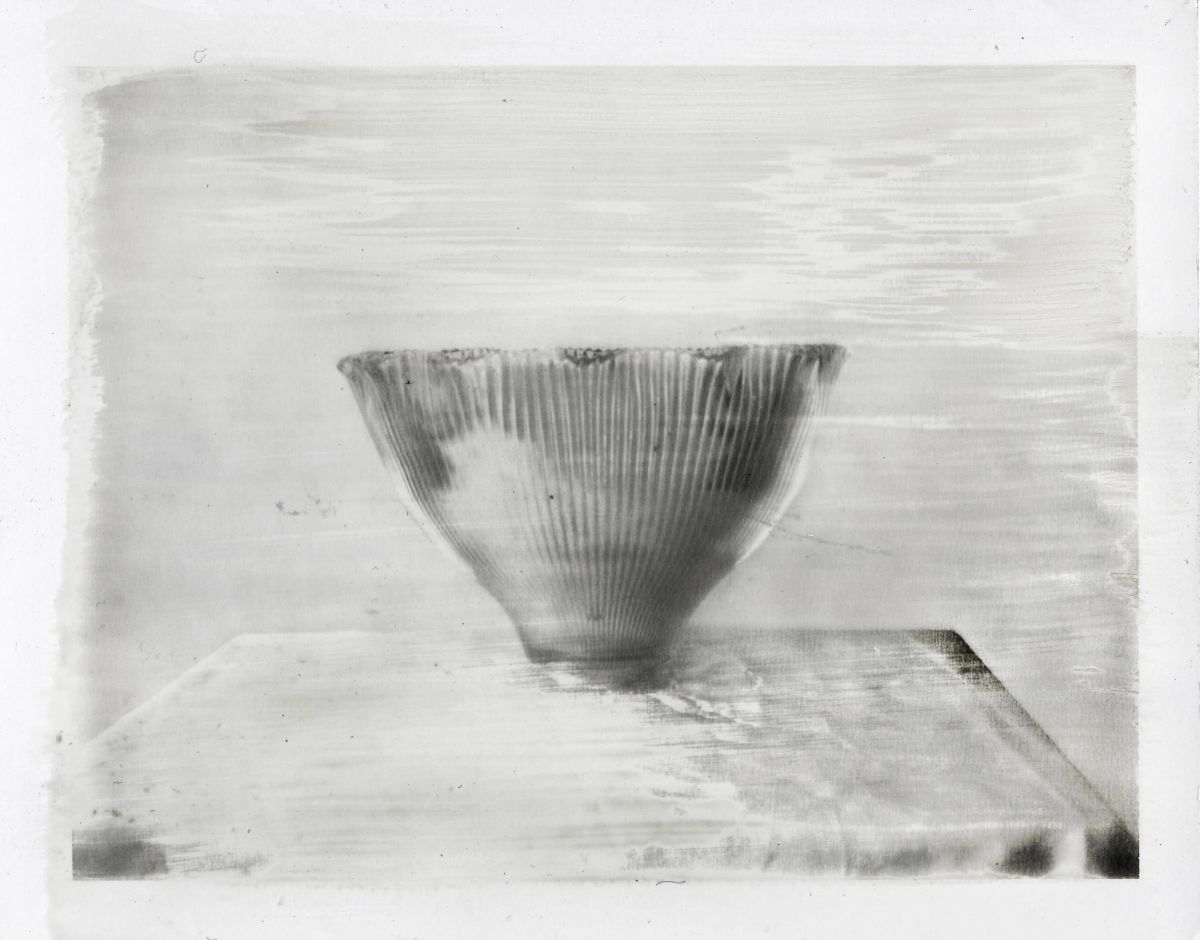 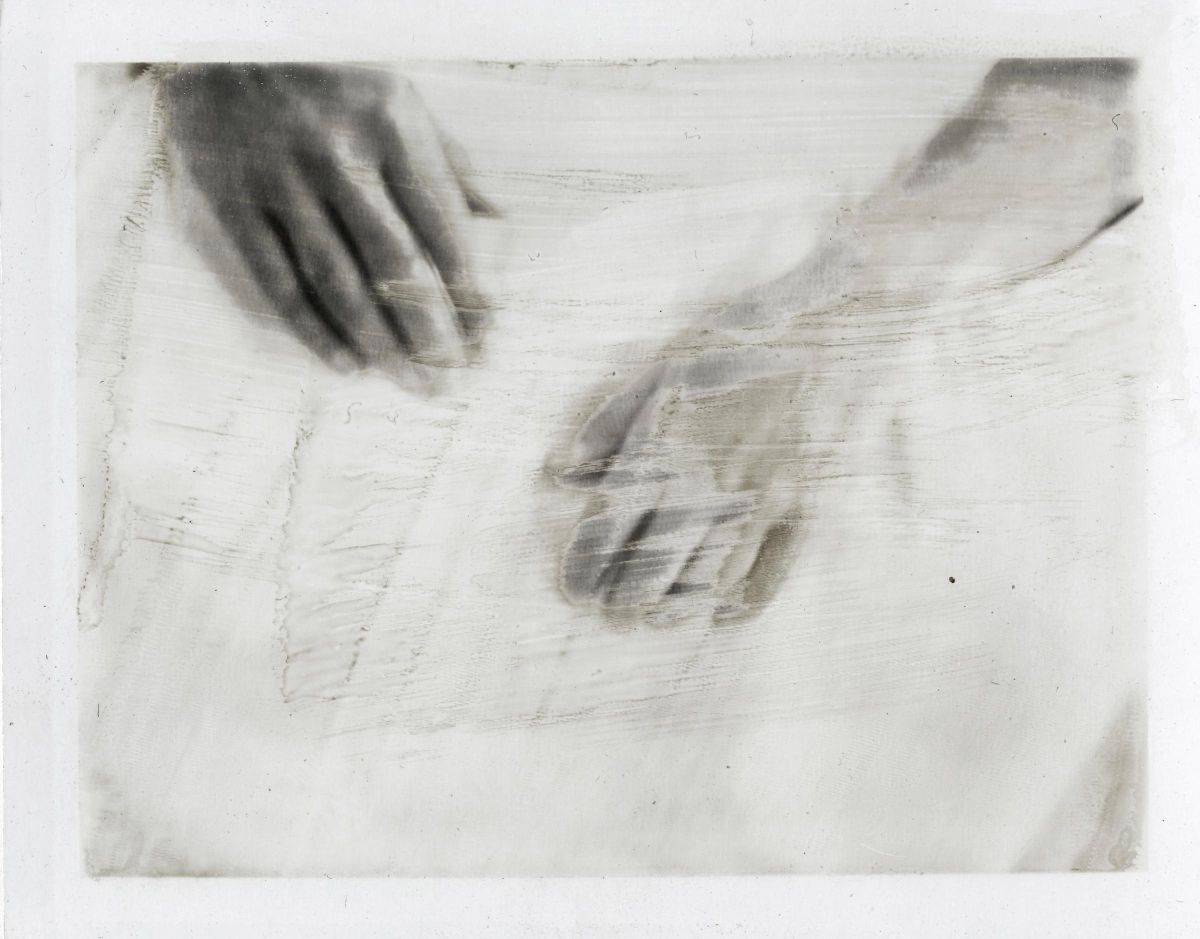 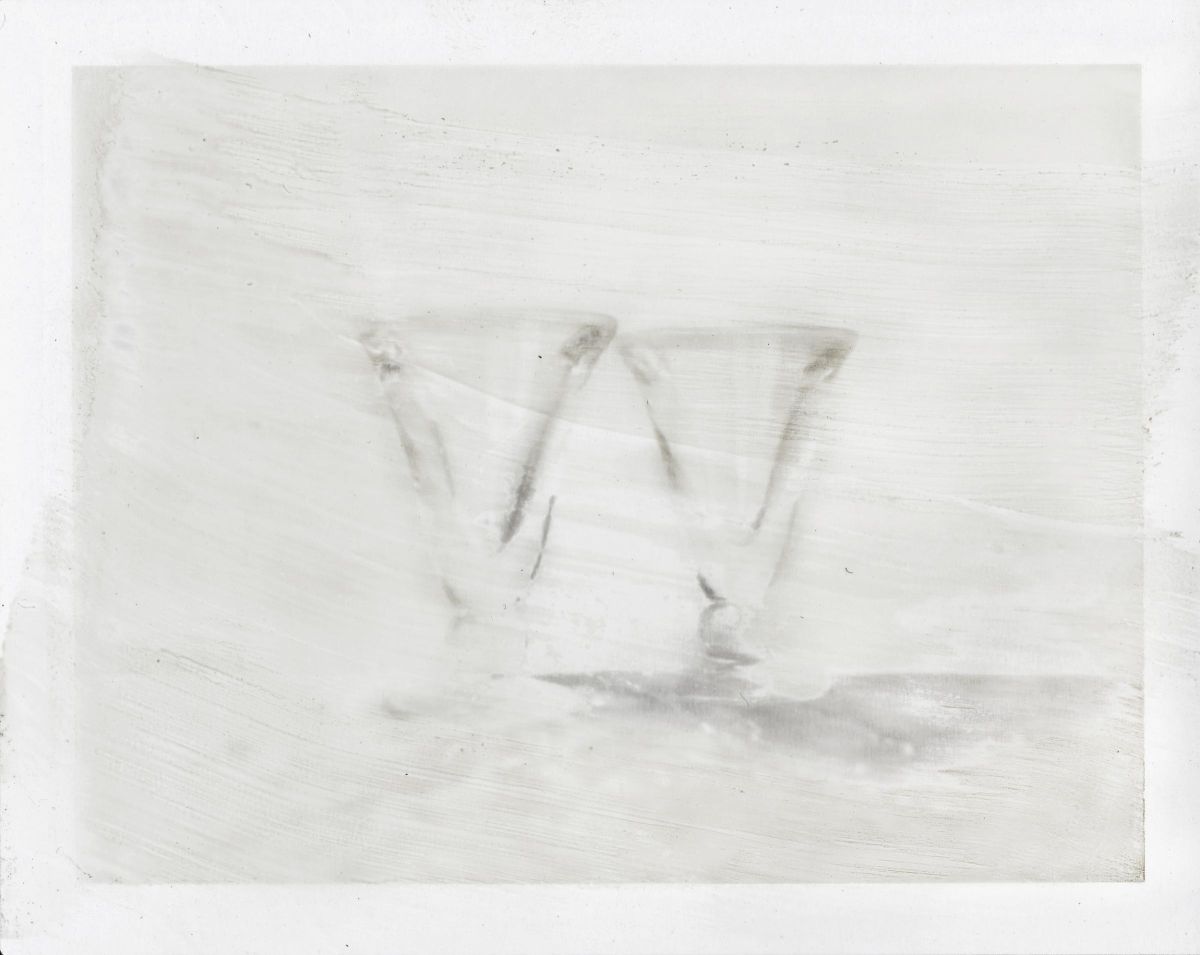