When several days of heavy rain struck the area in late May 1889, club officials struggled to reinforce the neglected dam, which was under tremendous pressure from the swollen waters of Lake Conemaugh. The dam began to disintegrate, and on May 31 the lake’s water level passed over the top of the dam. Realizing that the dam’s collapse was imminent, club officials sent riders down the valley to evacuate area residents. However, flooding was a familiar occurrence in the valley, and few Johnstown residents heeded the riders’ desperate warnings. Most just took the same simple precautions they did when Little Conemaugh River flooded: They moved their belongings to the second story of their homes and settled down to wait out the storm.

At 3:10 p.m., the South Fork Dam washed away, drowning several laborers who were struggling to maintain it. Club officials on high ground watched awe-struck as 20 million tons of water went roaring down the valley toward Johnstown. The deluge swept through the communities of South Fork, Mineral Point, Woodvale, and East Conemaugh, accumulating debris, including rocks, trees, houses, barns, railroad cars, animals, and people, both dead and alive. By the time it reached Johnstown, at 4:07 p.m., the flood appeared as a rolling hill of debris more than 30 feet high and nearly half a mile wide. In a terrible swoop, the northern half of the city was swept away, sending some 1,500 demolished Johnstown buildings tumbling down with the roaring torrent.

It took 10 minutes for the waters of Lake Conemaugh to pass through Johnstown, and 2,000 people were drowned or crushed in the torrent. A few survivors were washed up along with numerous corpses several miles down the valley. At the old Stone Bridge in Johnstown, debris piled 40 feet high caught fire, and some 80 huddled survivors of the flood perished in the flames. A total of 2,209 died as a result of the disaster.

Among the survivors of the calamity, there was a scarcely an individual who had not lost a friend or relative in the Johnstown Flood. Despite the great scale of the tragedy, reconstruction of the devastated community began almost immediately, and Clara Barton and the American Red Cross constructed shelters for homeless residents while well-wishers around the country sent tons of relief supplies. The South Fork Fishing and Hunting Club was widely criticized for its failure to maintain the South Fork Dam, but no successful lawsuits were ever brought against the organization. 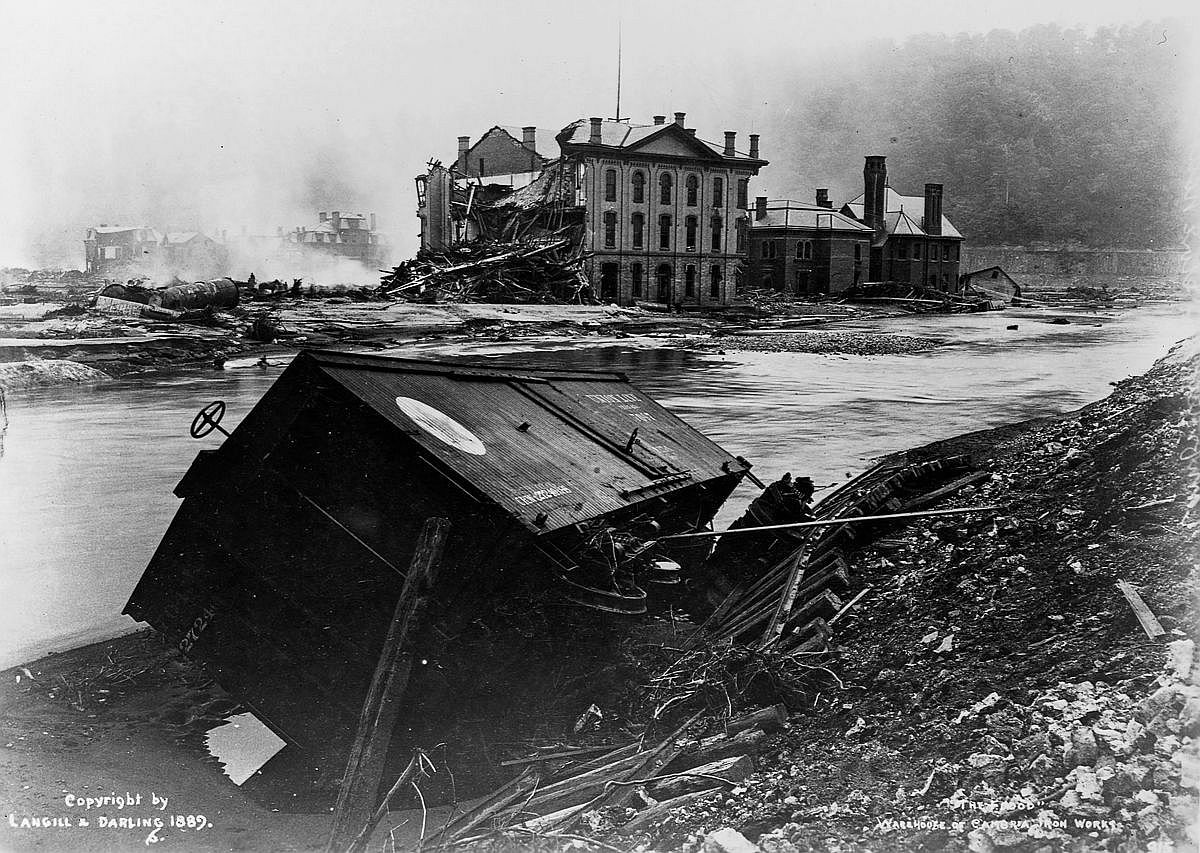 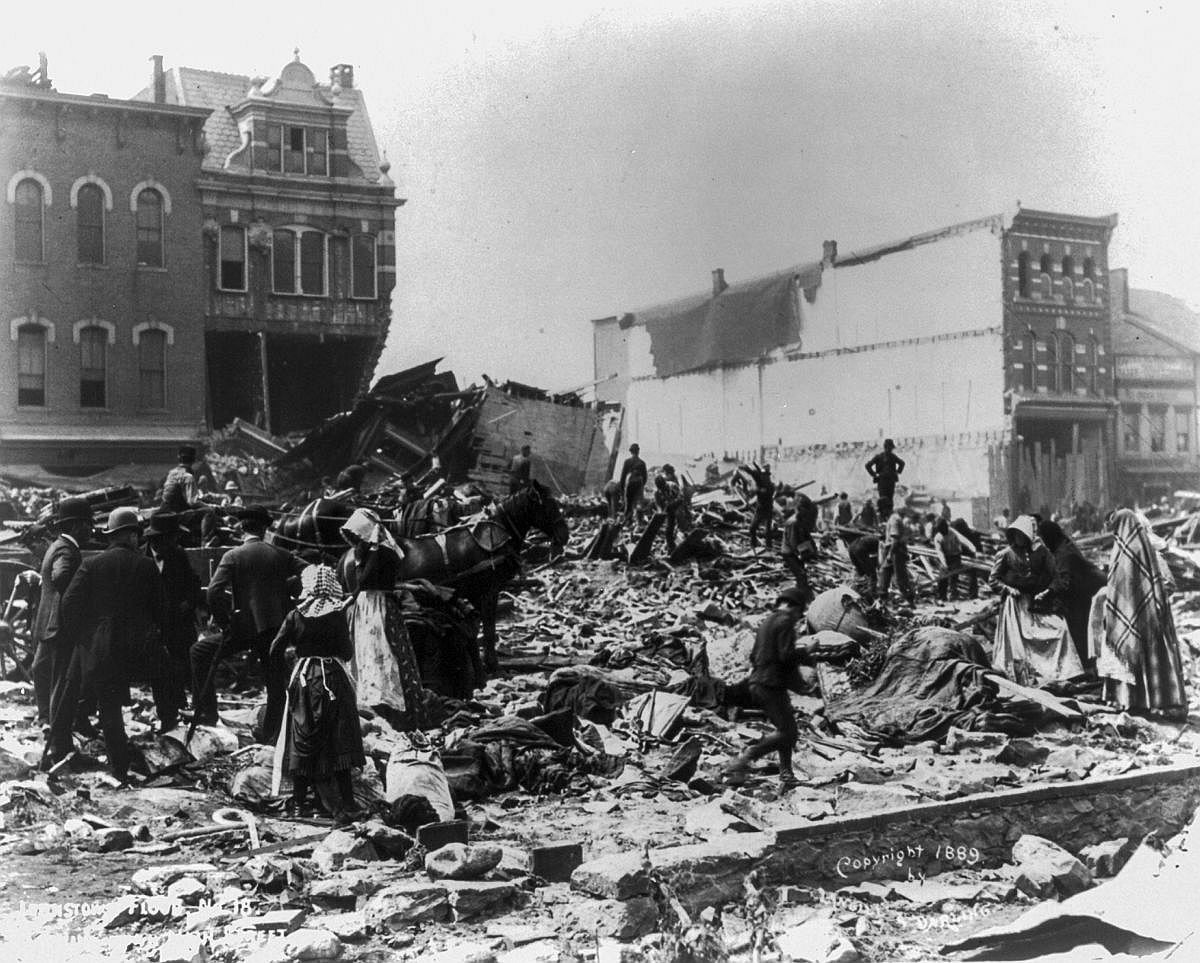 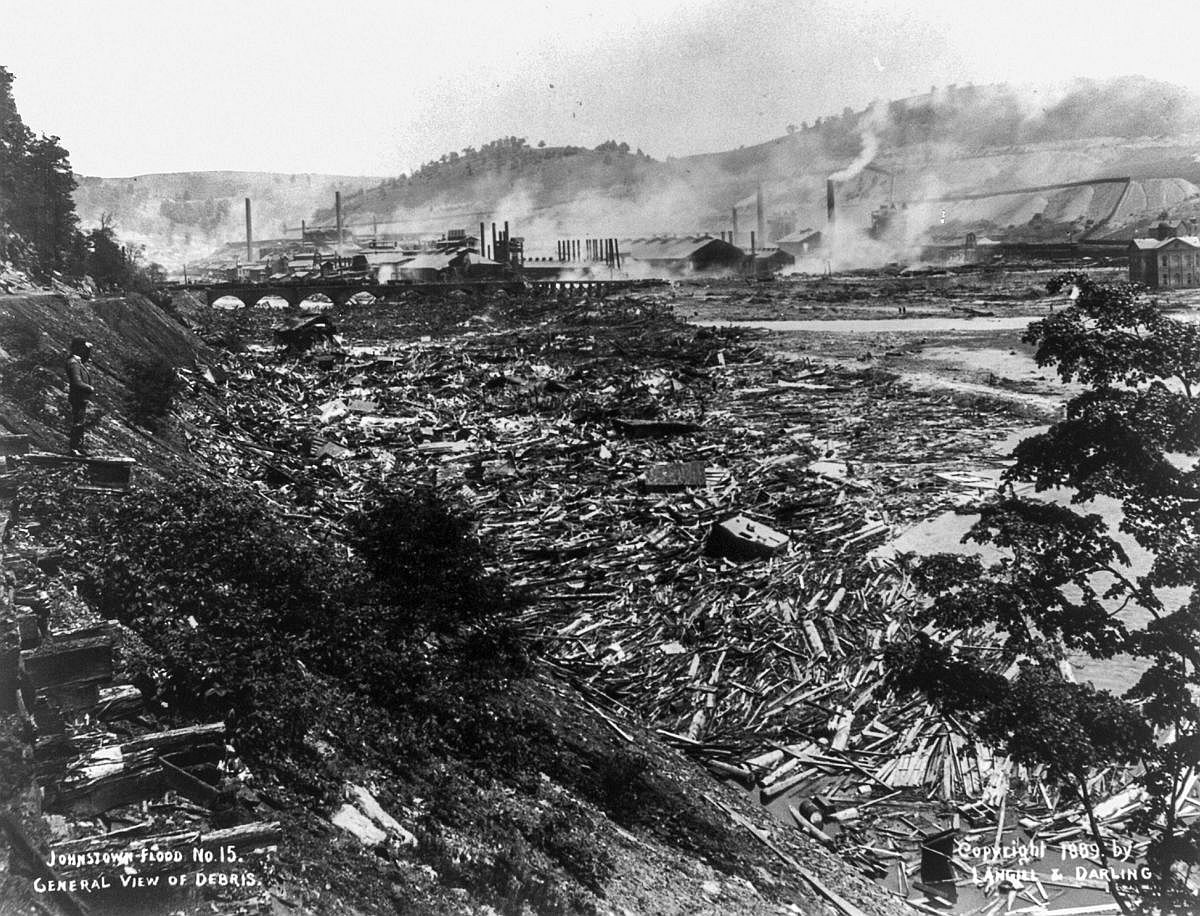 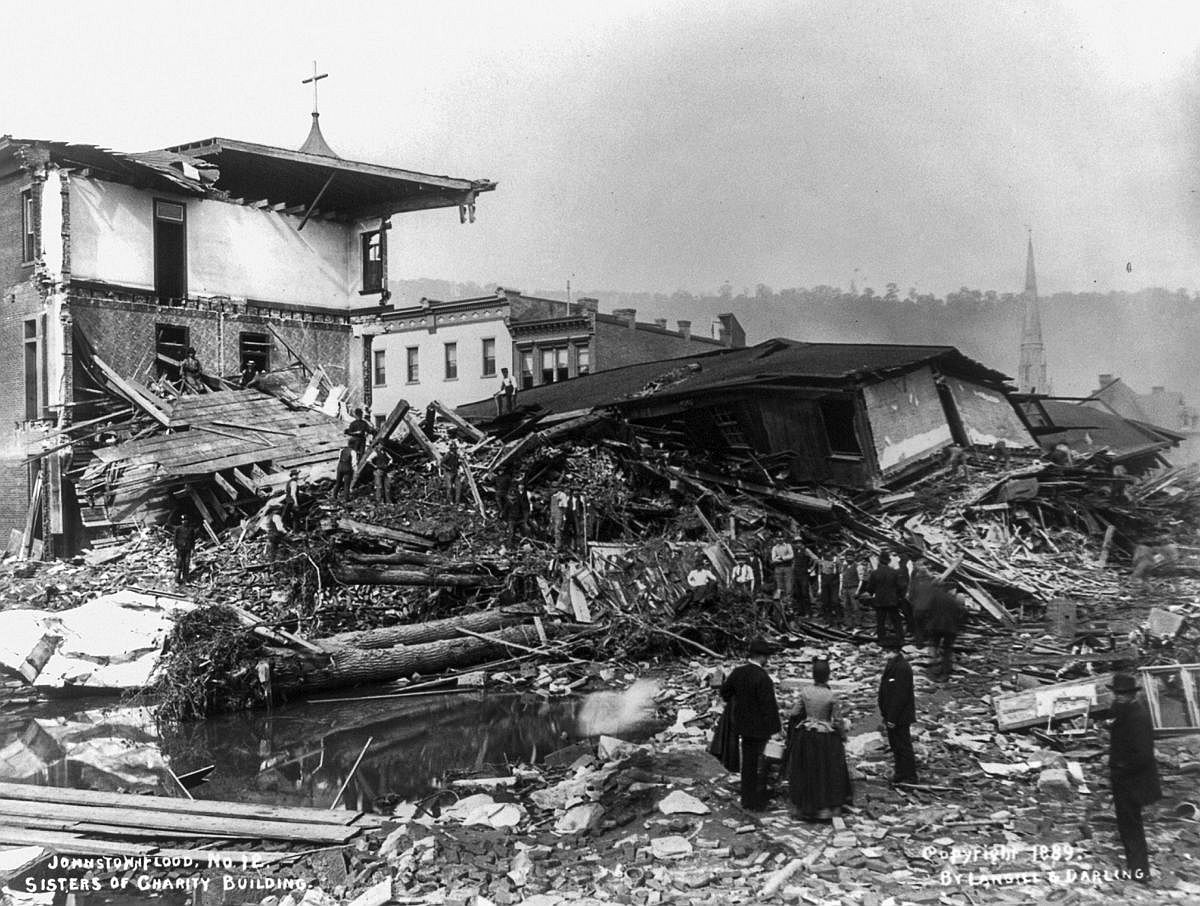 The ruins of the Sisters of Charity building. Image: Library of Congress 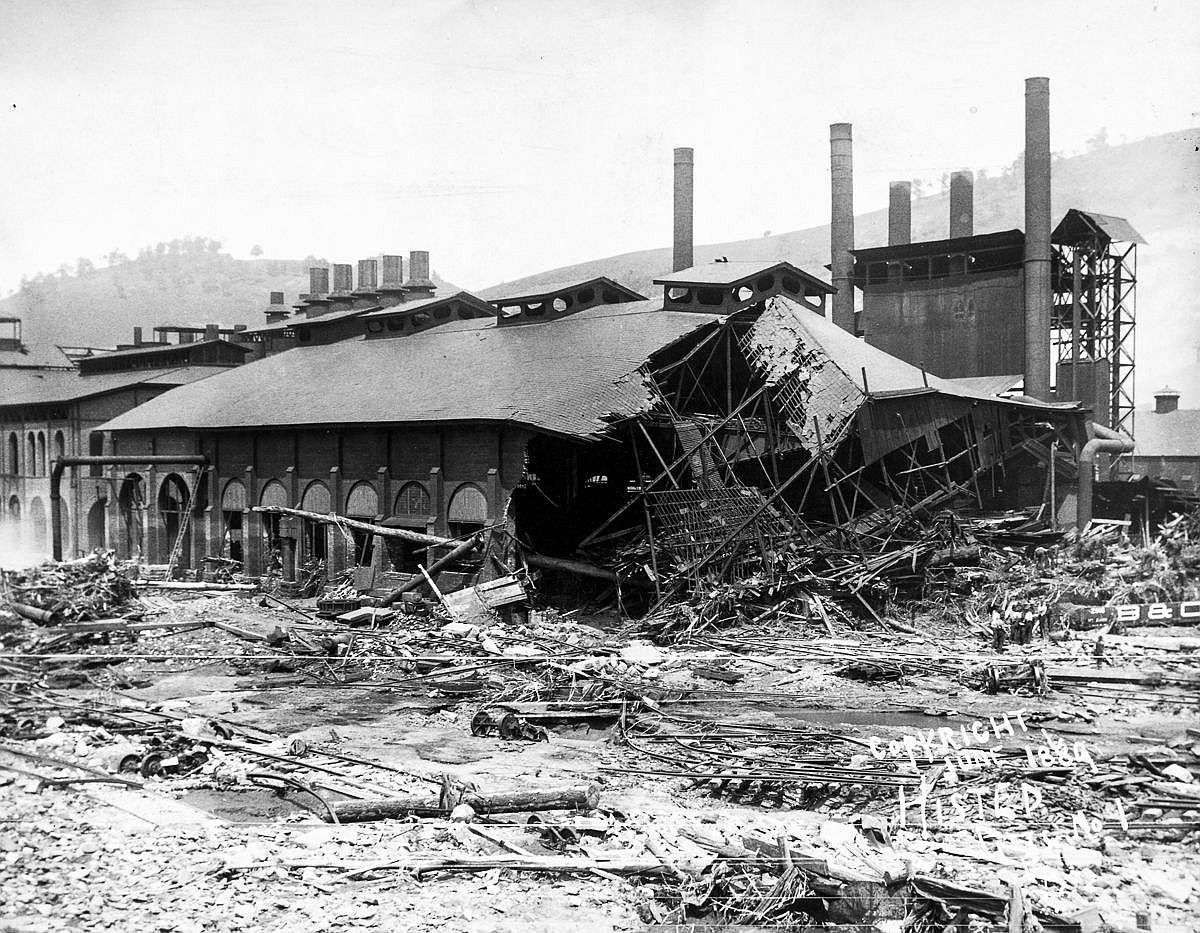 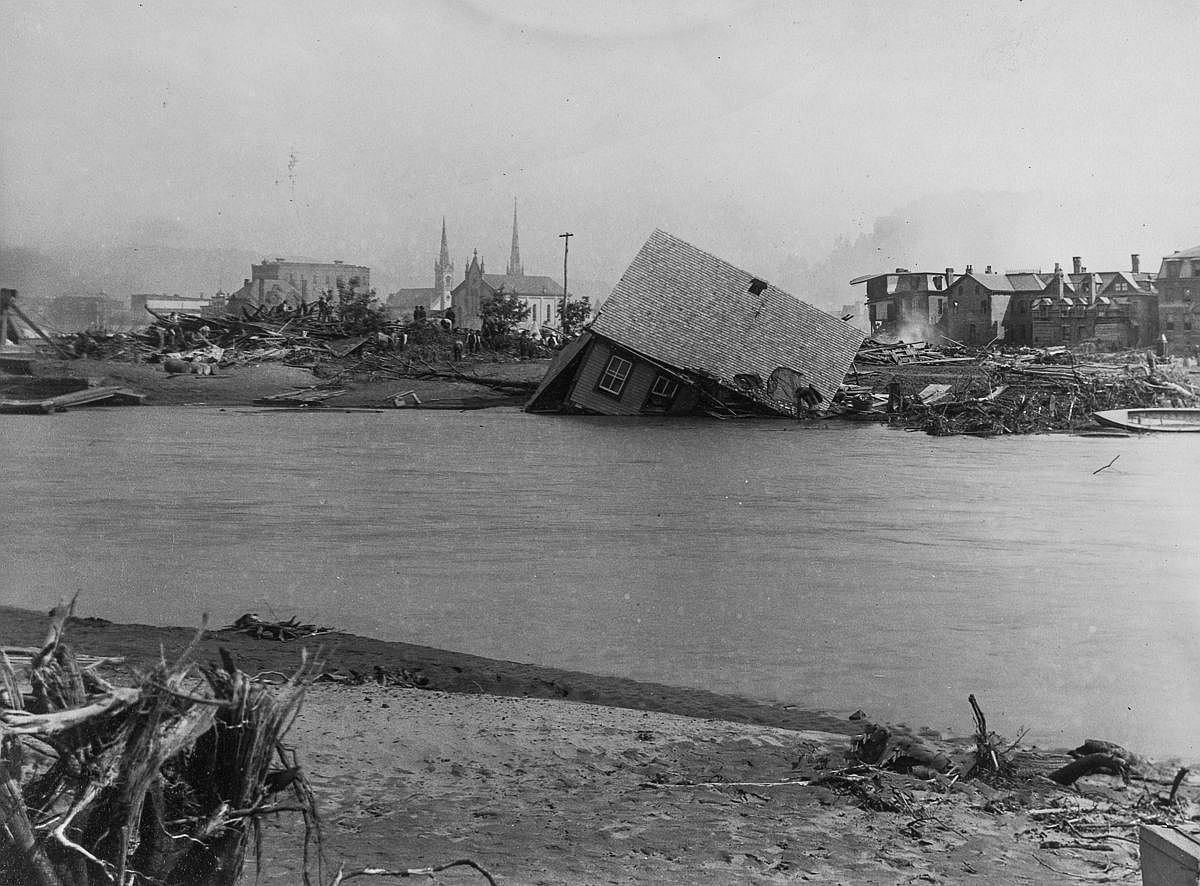 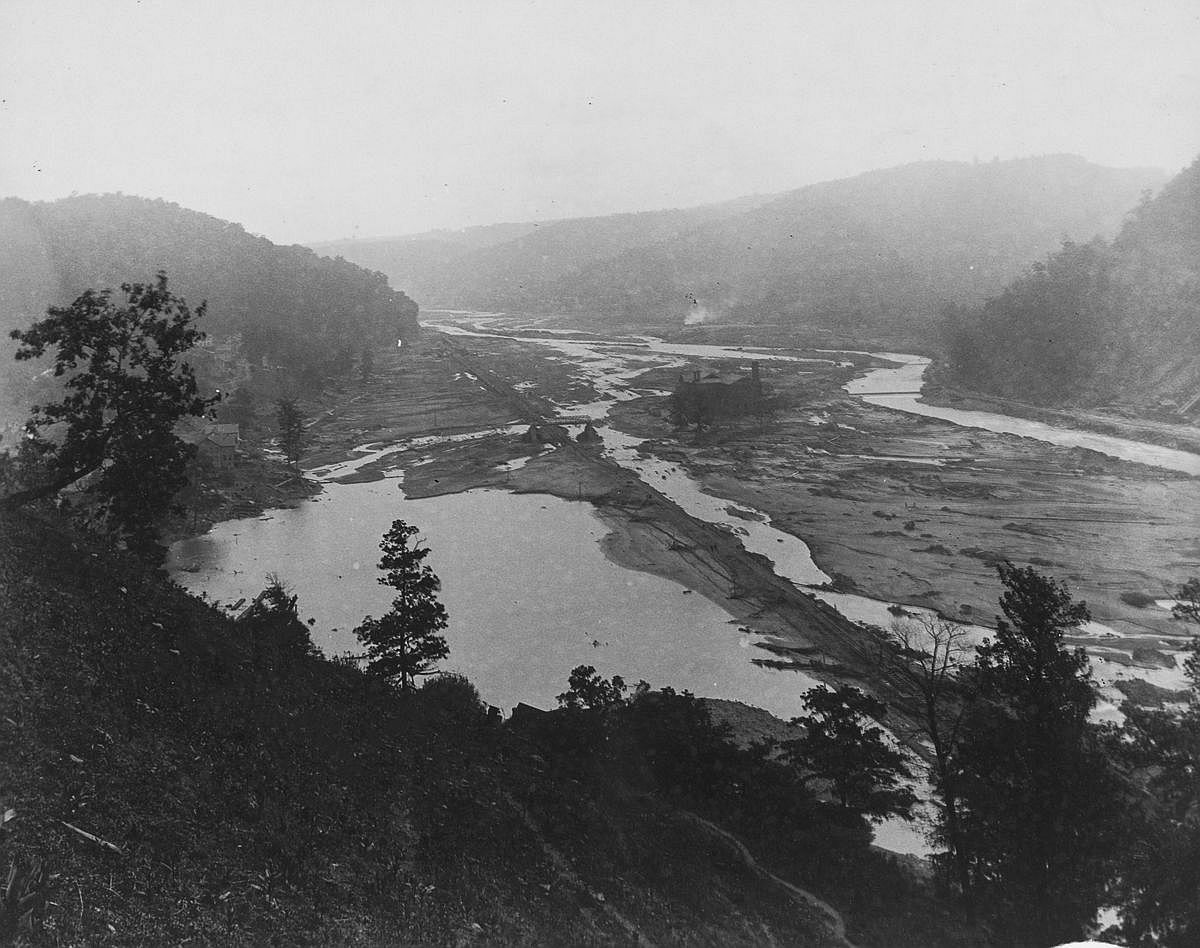 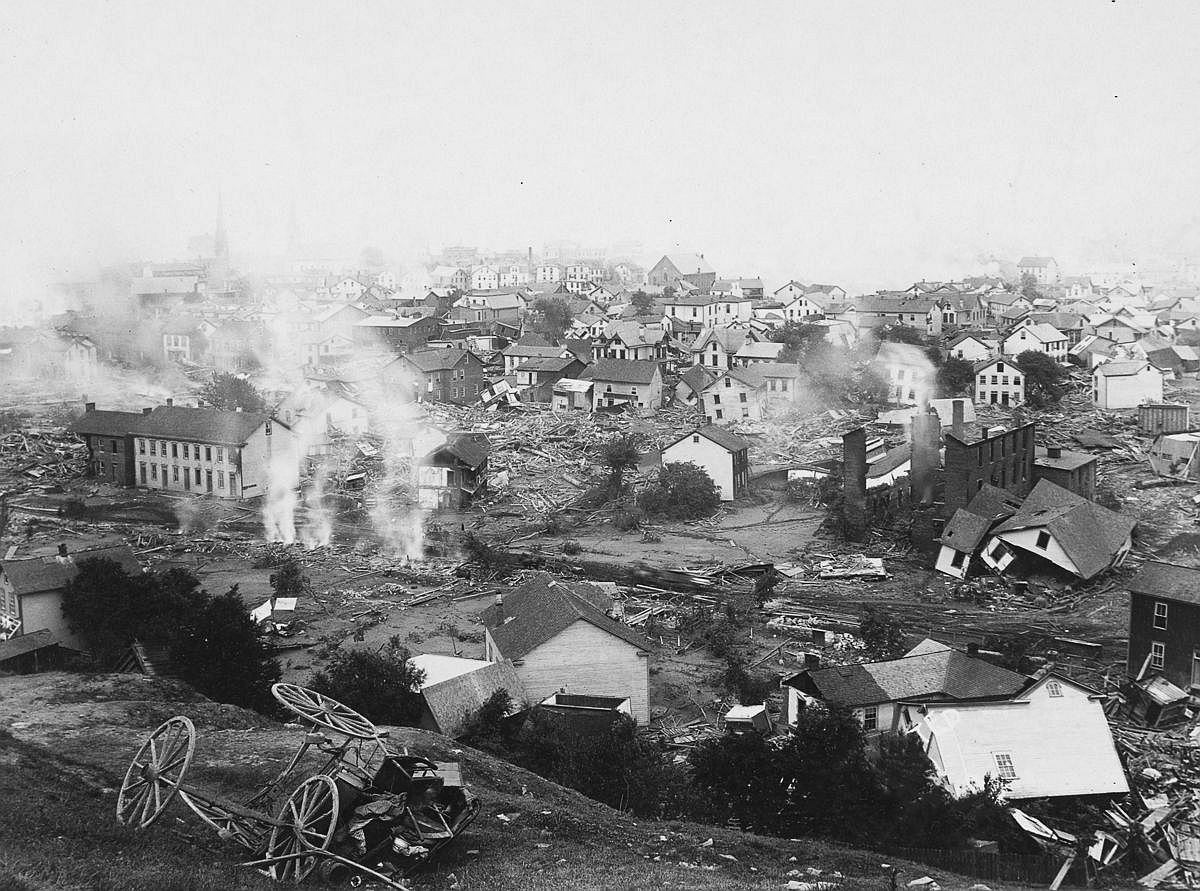 The ruins of Johnstown. Image: Library of Congress 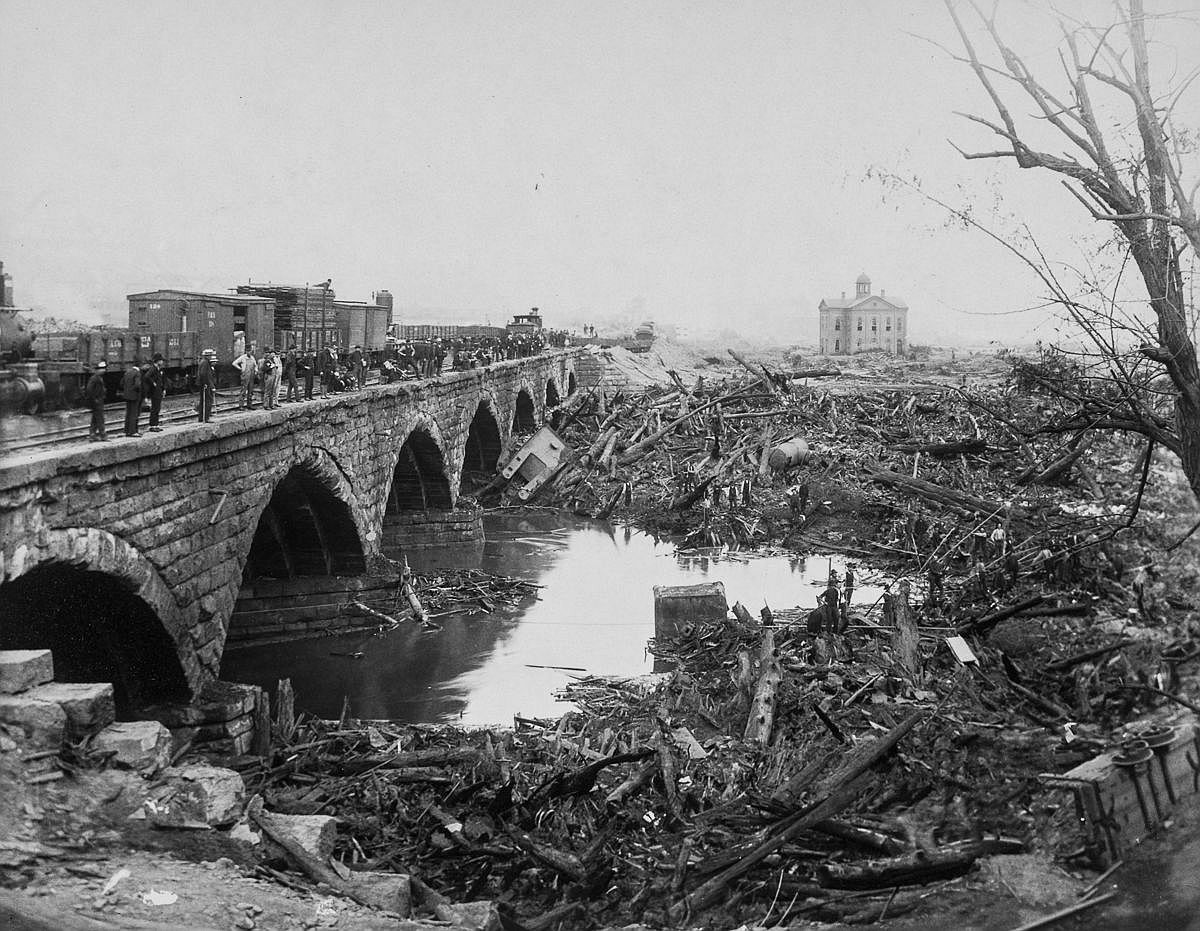 The debris pile at the Stone Bridge. Image: Library of Congress 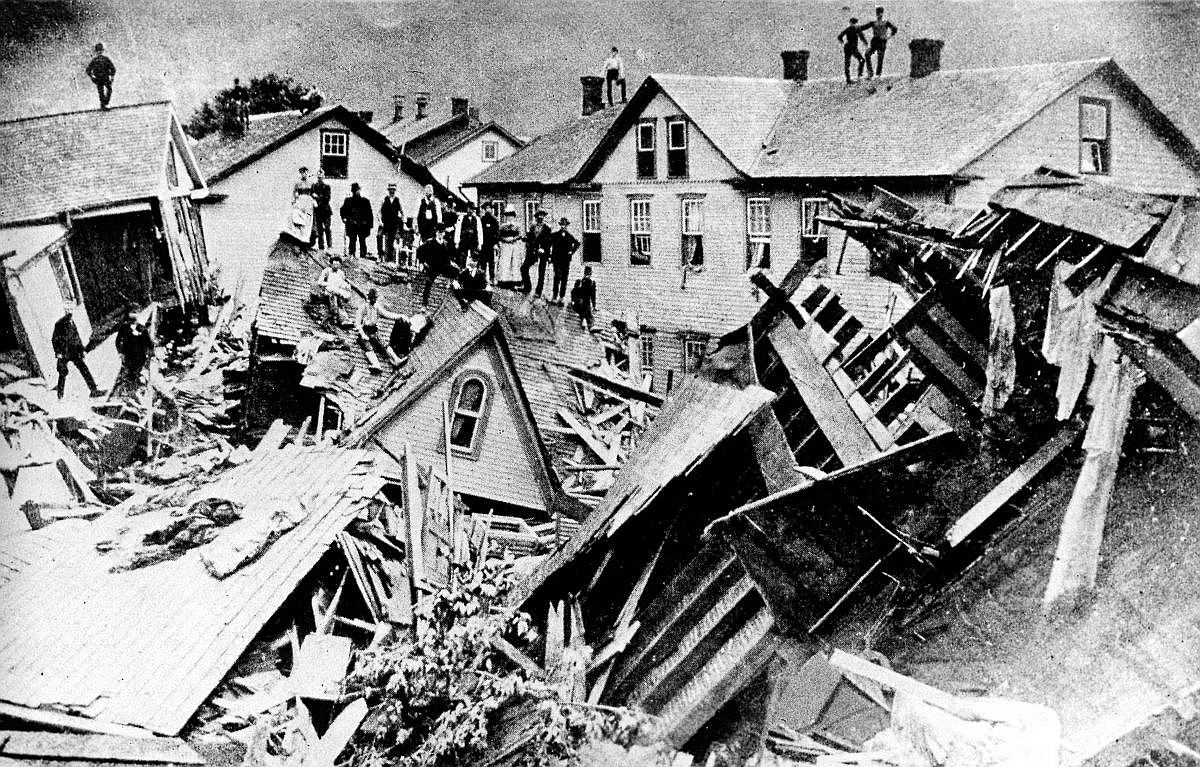 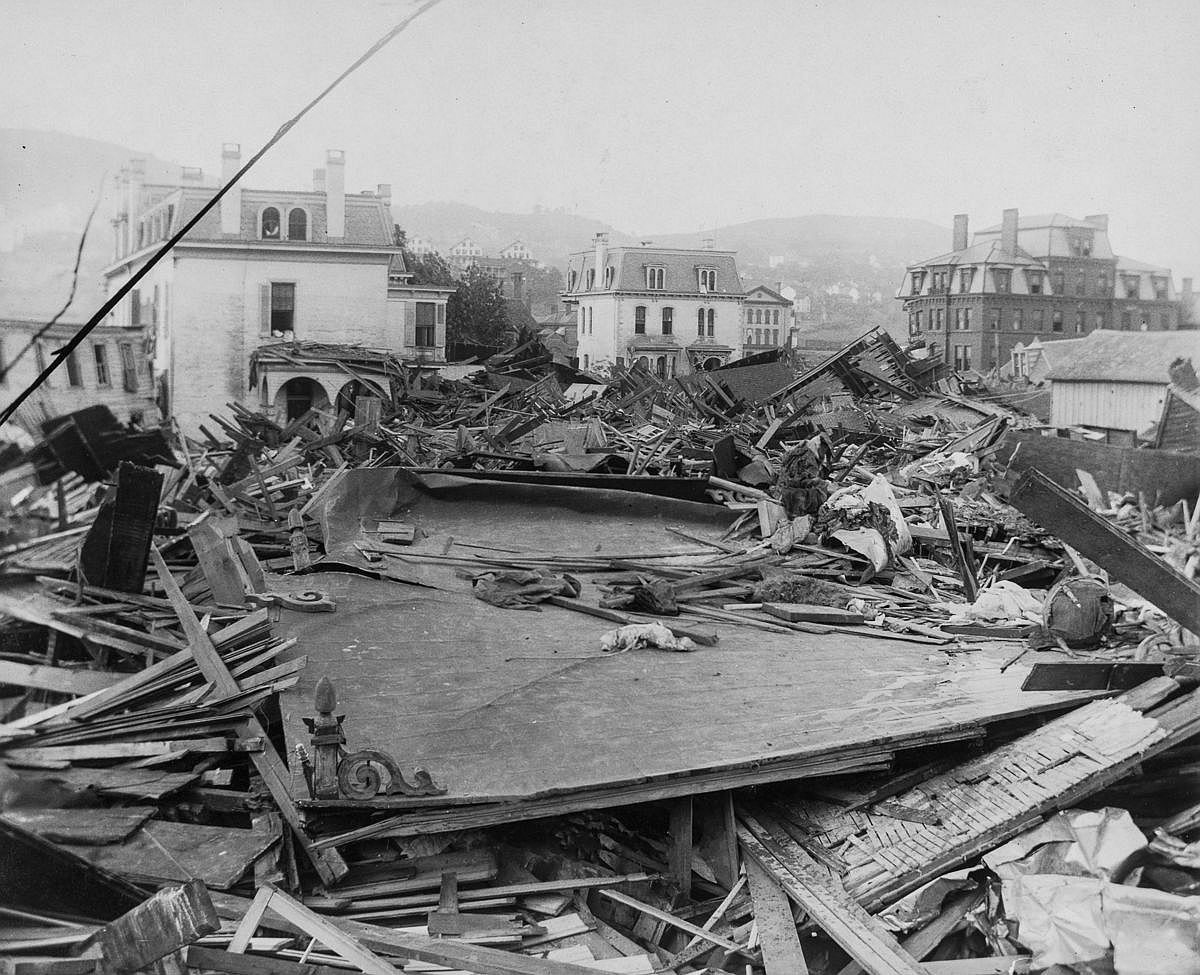 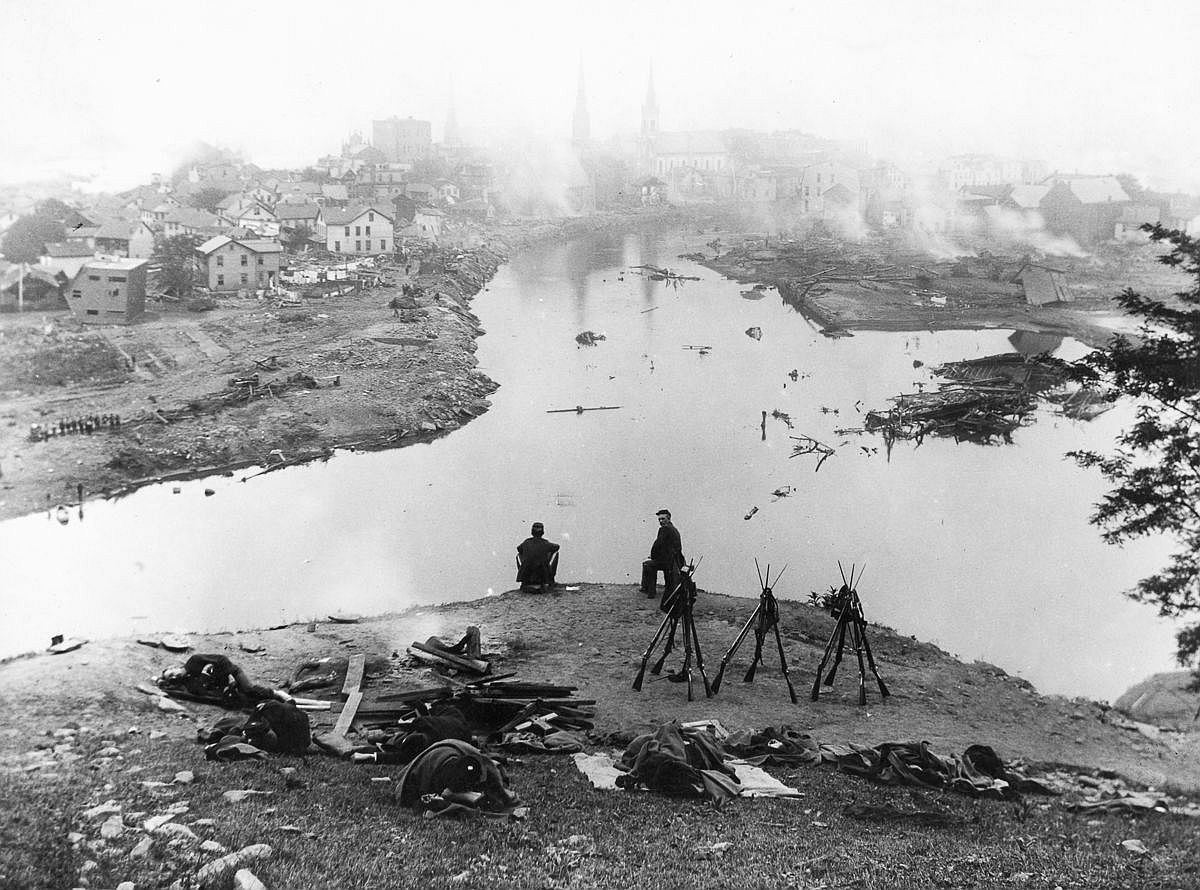 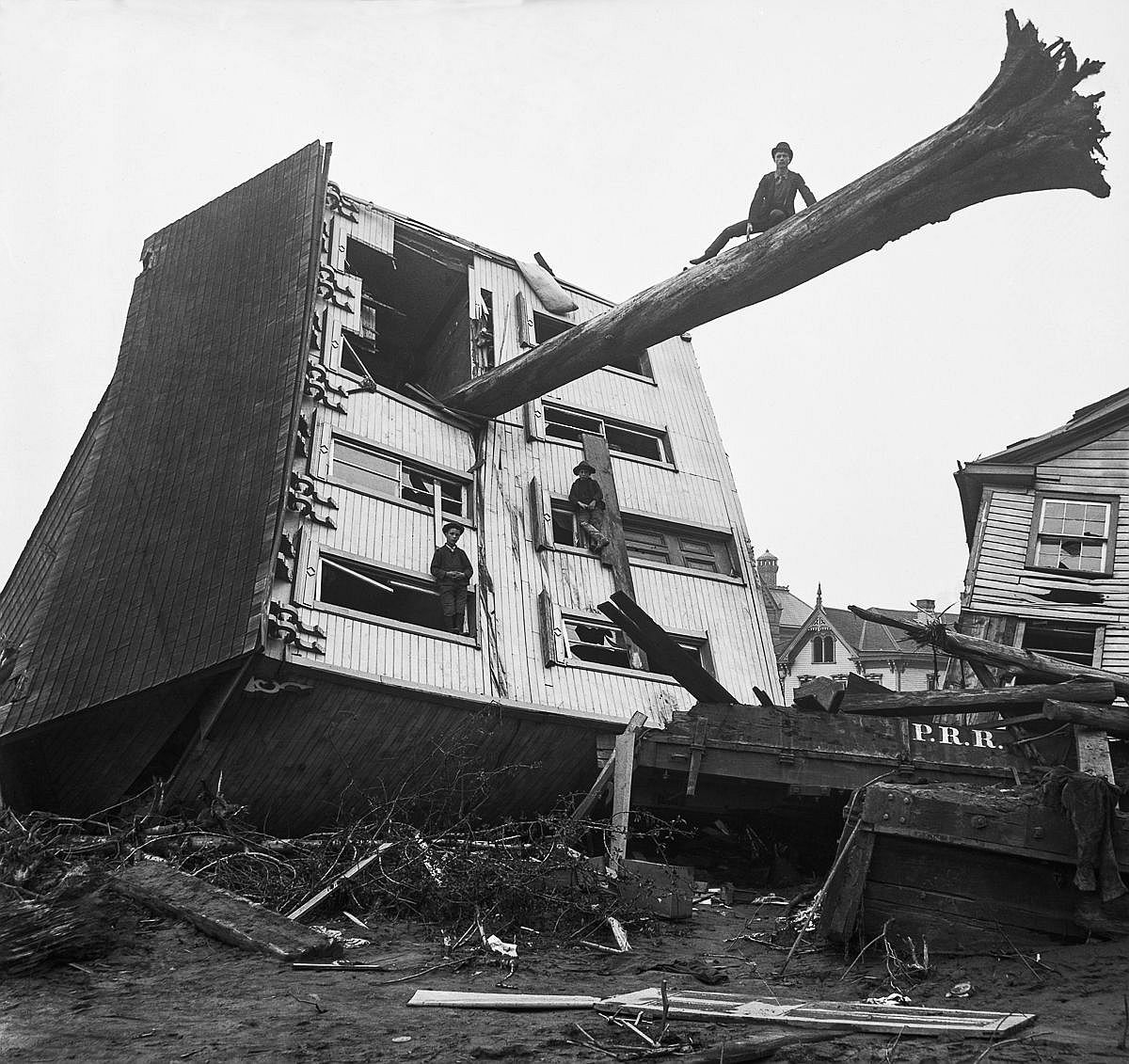 A tree protrudes from a house tossed by the flood. Image: Bettmann/Getty Images 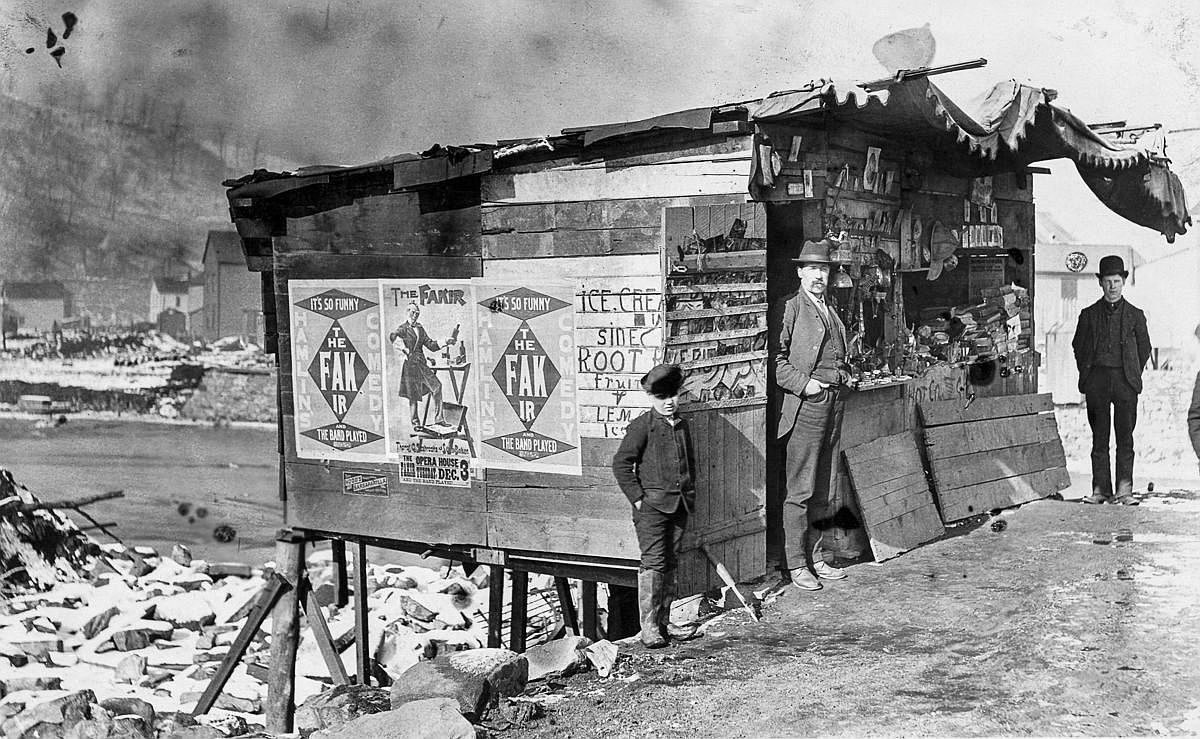 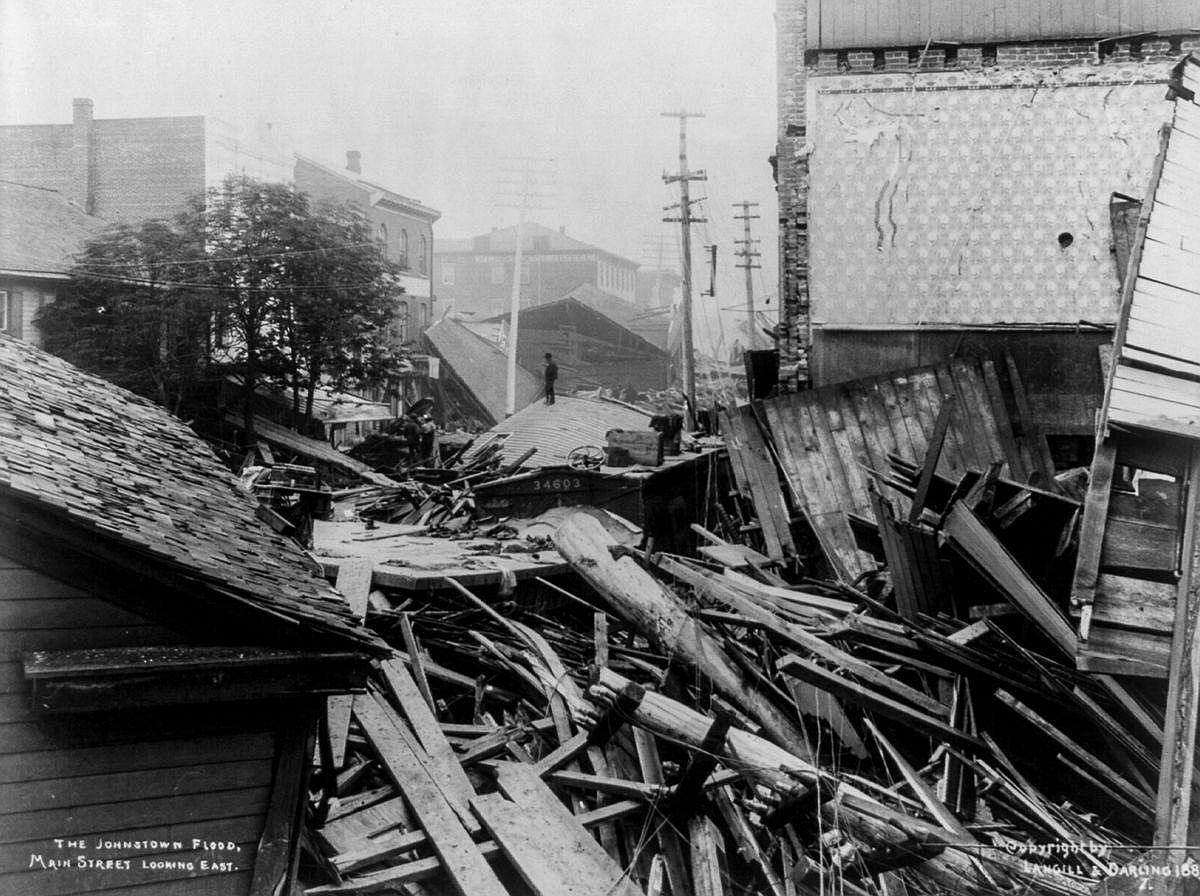 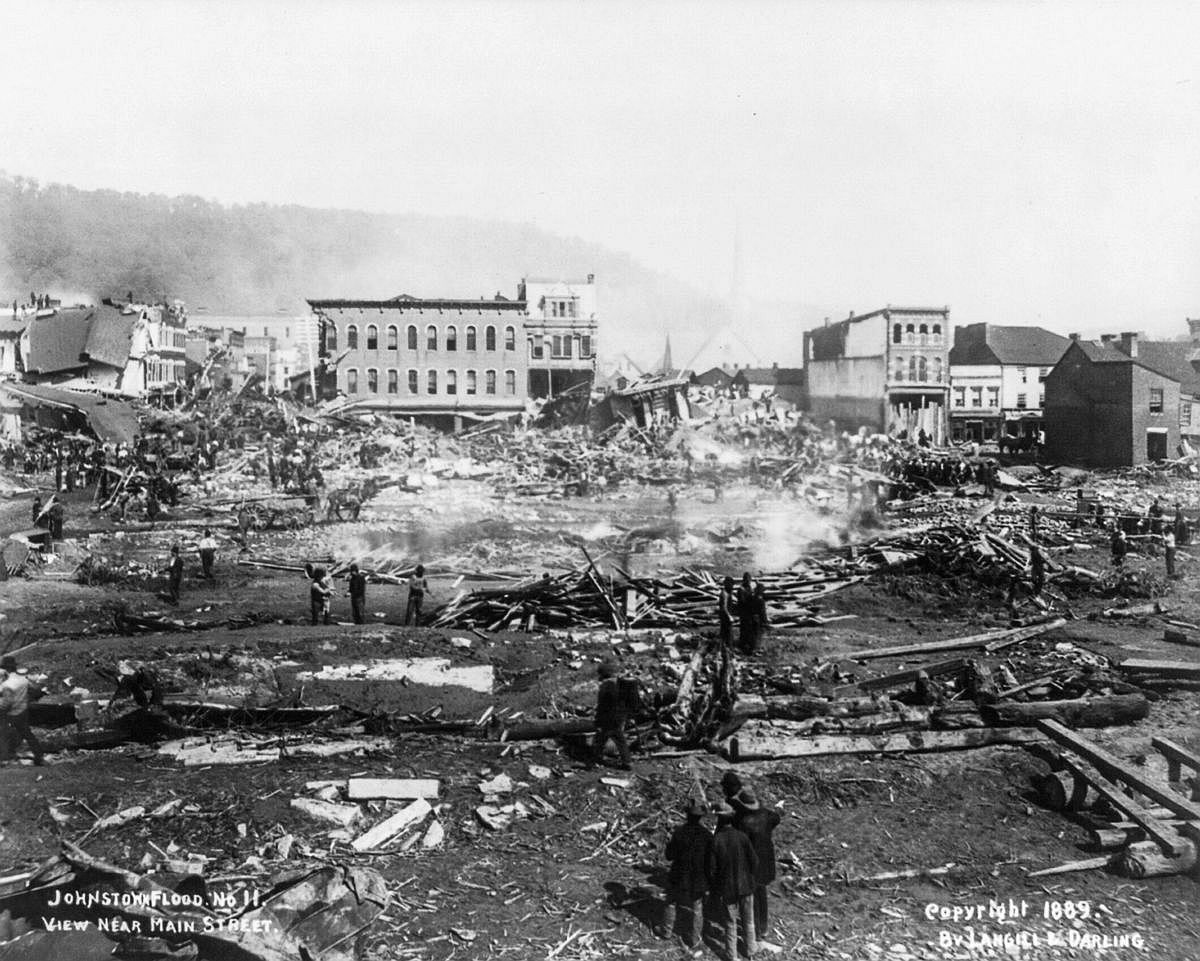 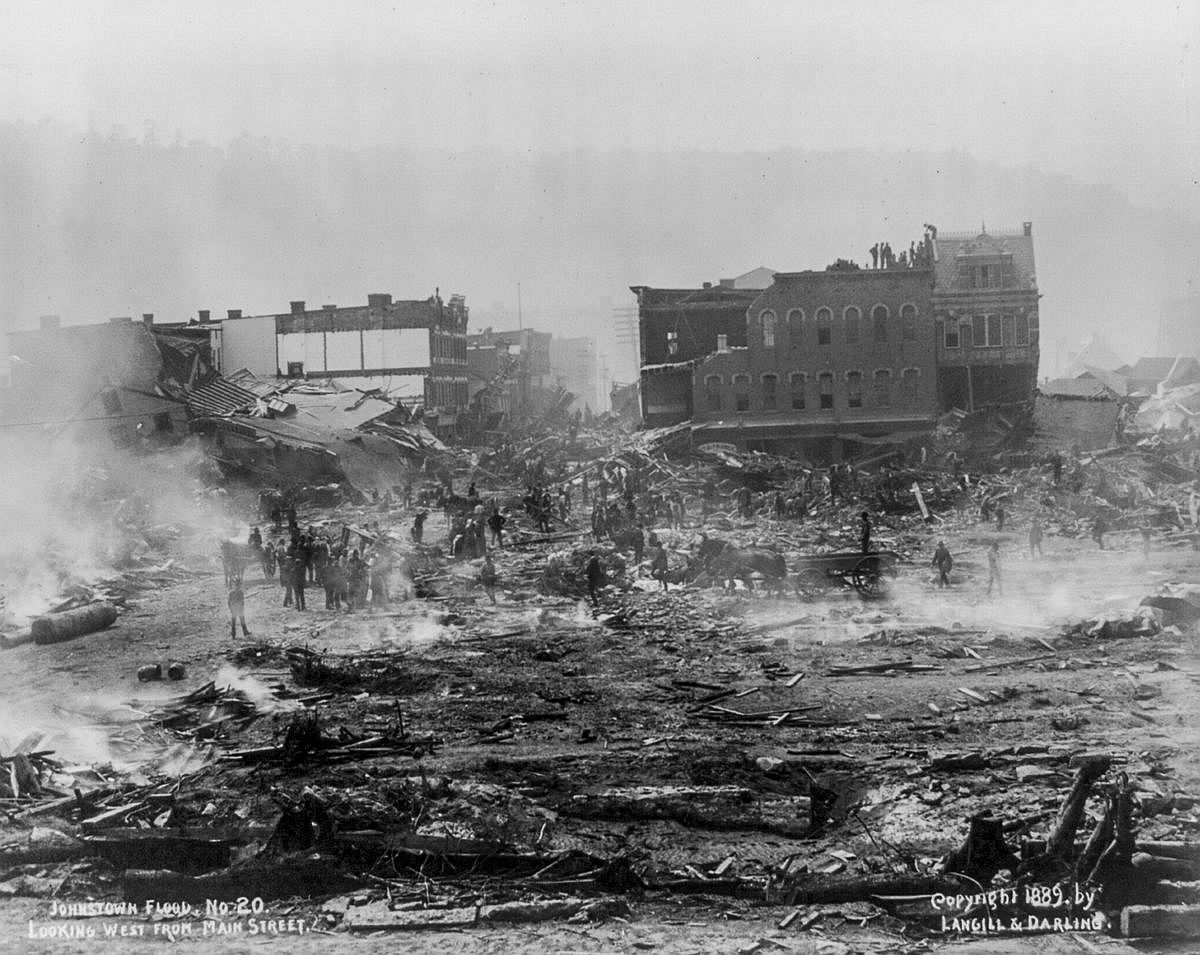