Despite the slow rate of industrialisation into the 19th century, many important changes were taking place in the agrarian economy due to constant innovations and a rapid population growth. These innovations included government-sponsored programmes of enclosure, aggressive exploitation of agricultural lands, and the introduction of new crops such as the potato. Because the Swedish peasantry had never been enserfed as elsewhere in Europe, the Swedish farming culture began to take on a critical role in Swedish politics, which has continued through modern times with modern Agrarian party. Between 1870 and 1914, Sweden began developing the industrialised economy that exists today. 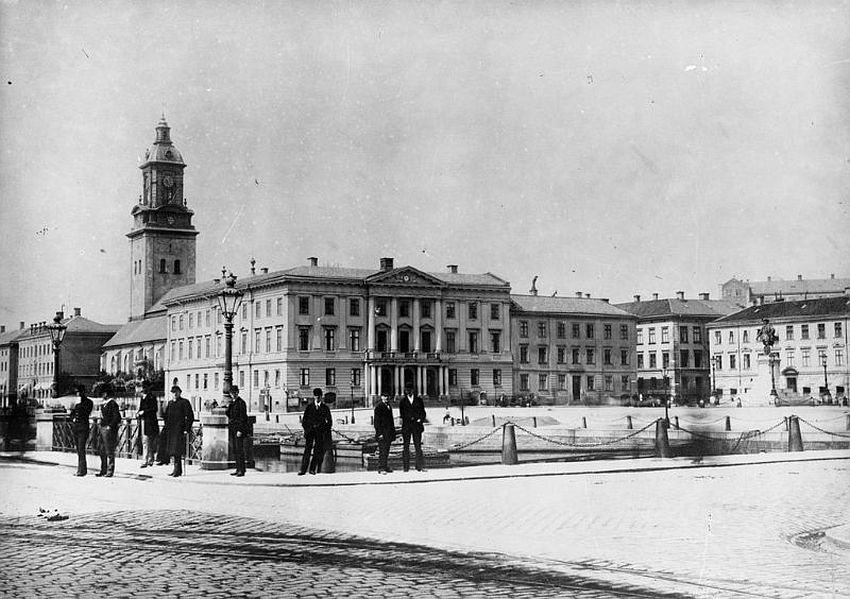 Gothenburg. Gustaf Adolf square with the City Hall in the middle of the picture and the tower of Christine church to the left 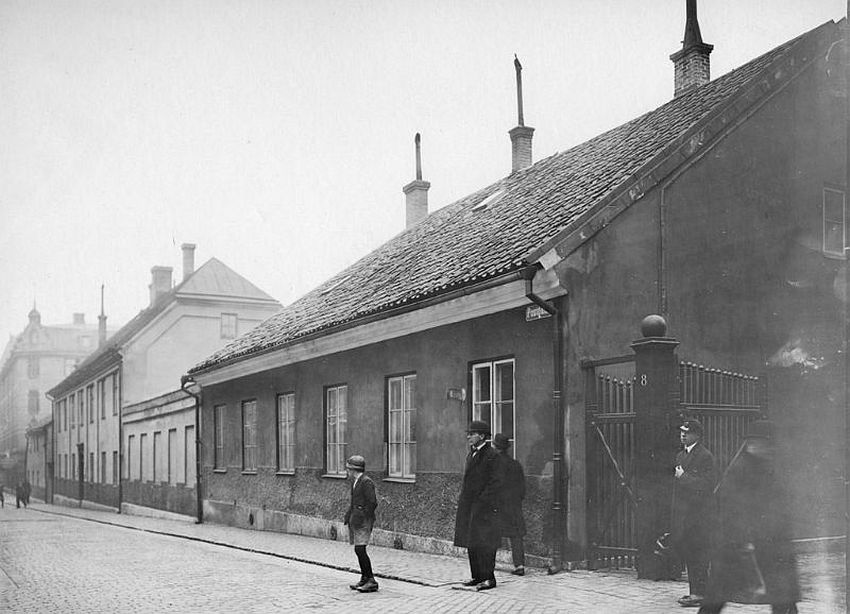 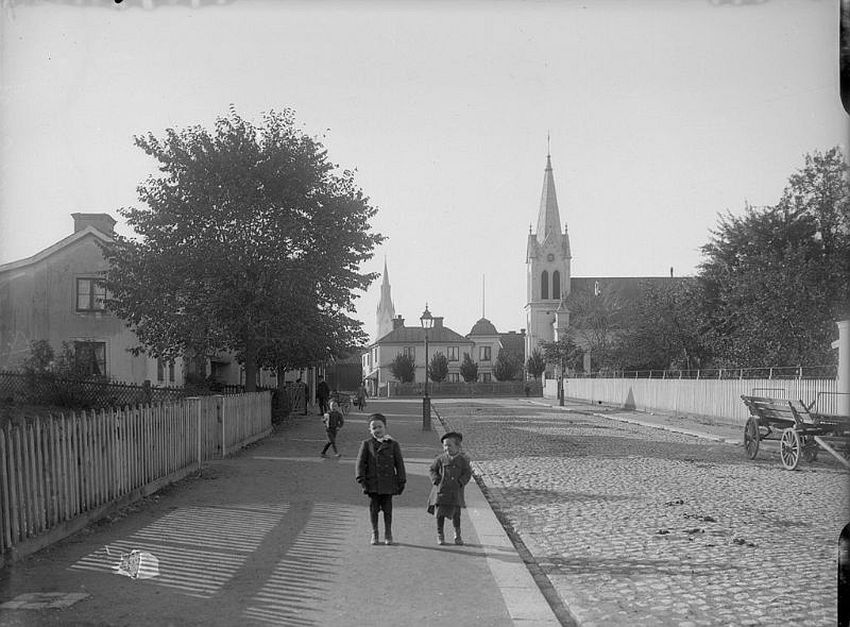 Linköping. Children in Ågatan street. To the right is the Methodist Church and in the middle of the background is the tower of Linköping Cathedral 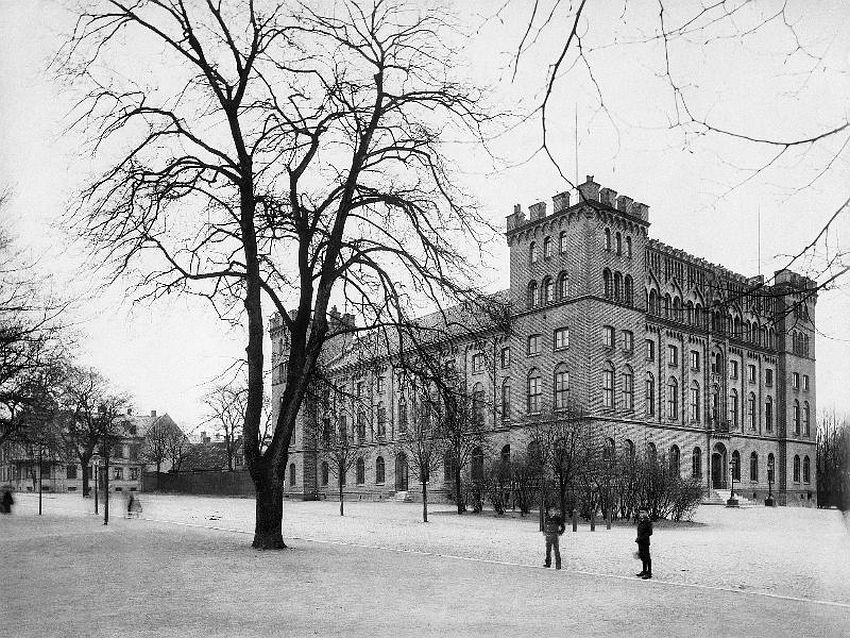 Lund. ‘The AF-fortress’ – the building of the Academic Society, built about 1850 at the Lundagård park 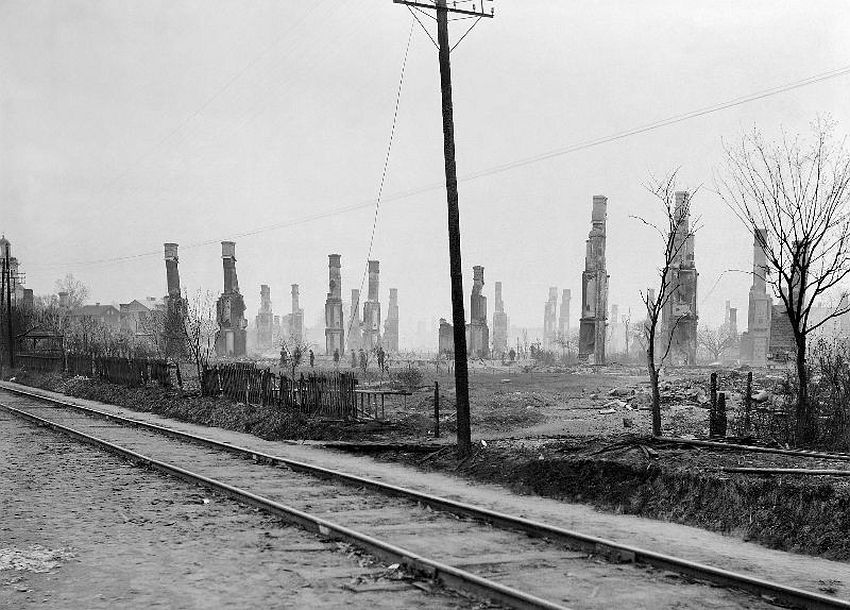 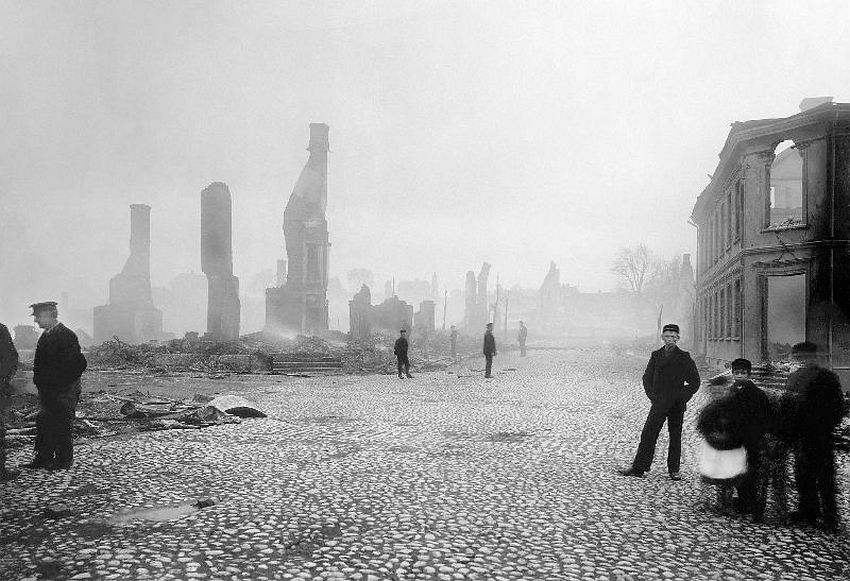 Åmål. The western part of Åmål, after the fire on the 9th of May, 1901. People and ruins 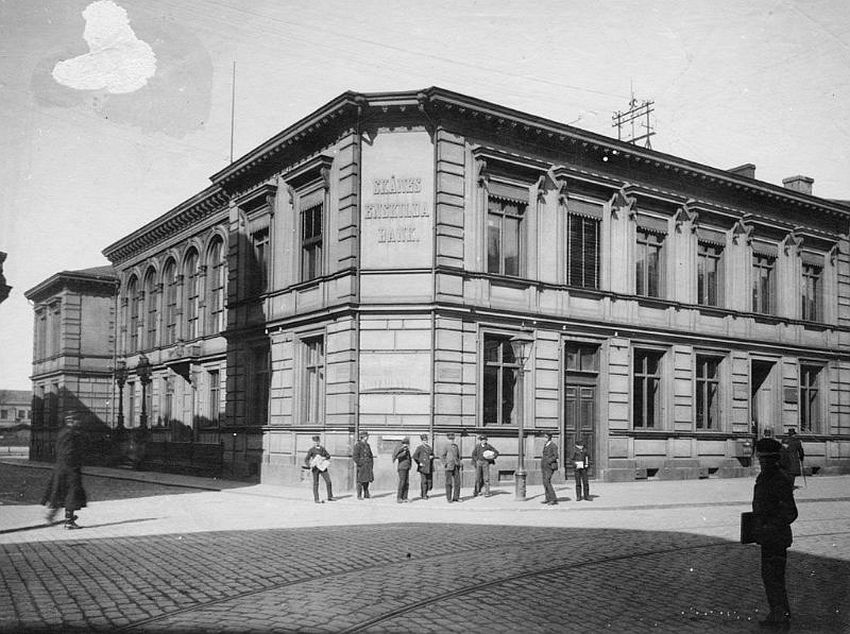 Malmö. Private Bank of Skåne, on the corner of Östergatan and Bruksgatan streets 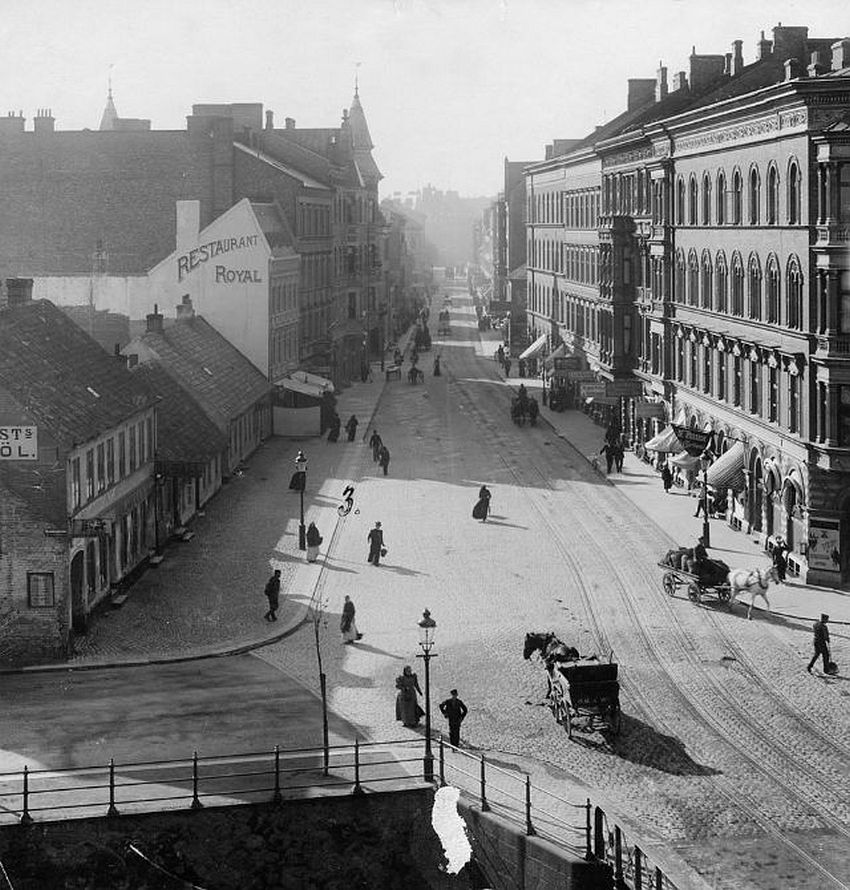 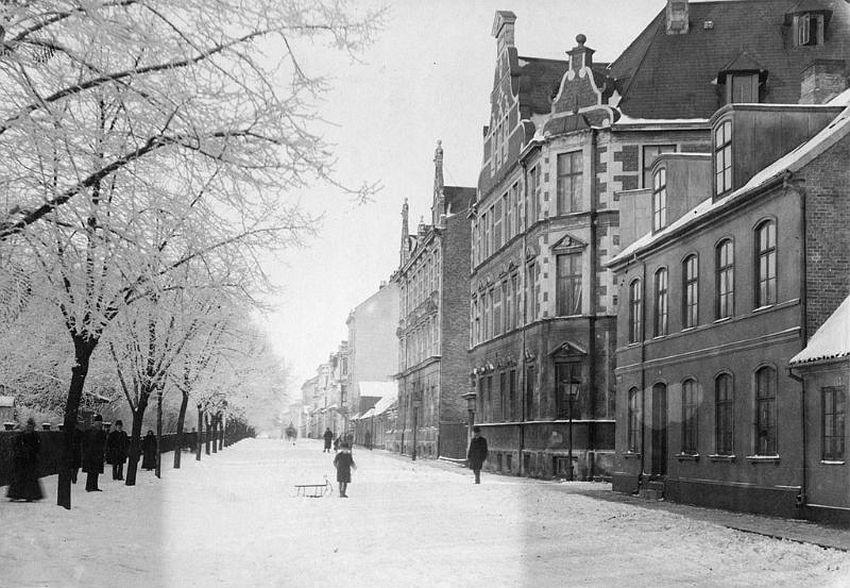 Malmö. The second building to the right is the Elementary School for girls at Slottsgatan street. To the left is Kungsparken (King’s Park) 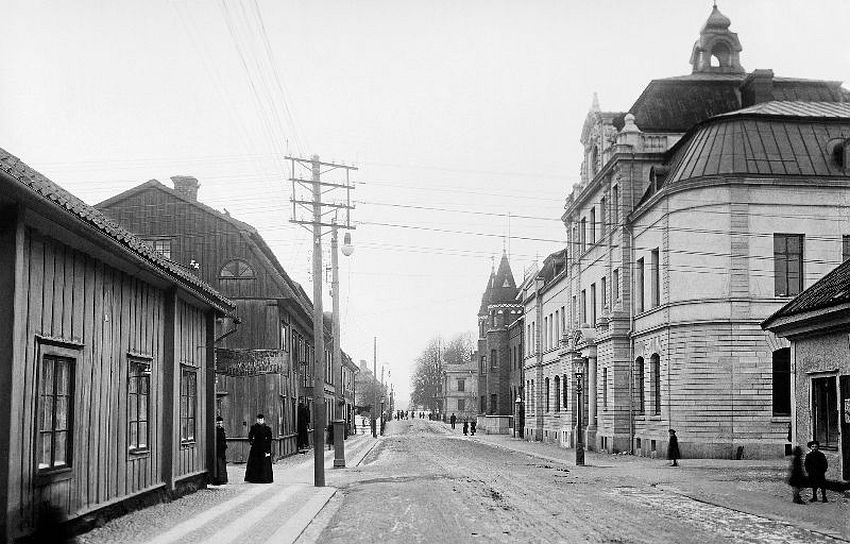 Nyköping. Östra Storgatan (East High Street) with the Central Bank of Sweden to the right 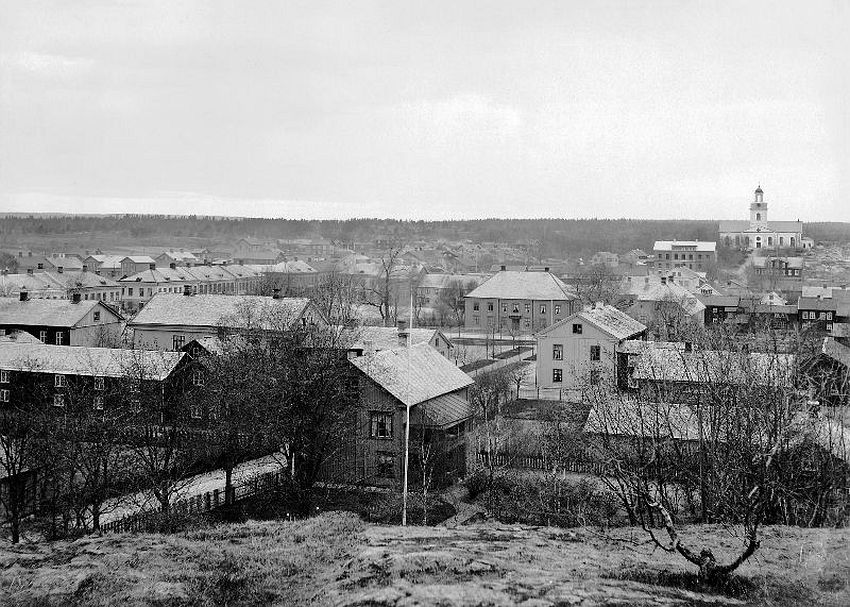 Åmål. View over Åmål, from Kungsberget (King’s Mountain), before the fire in May 1901. Åmål church to the right 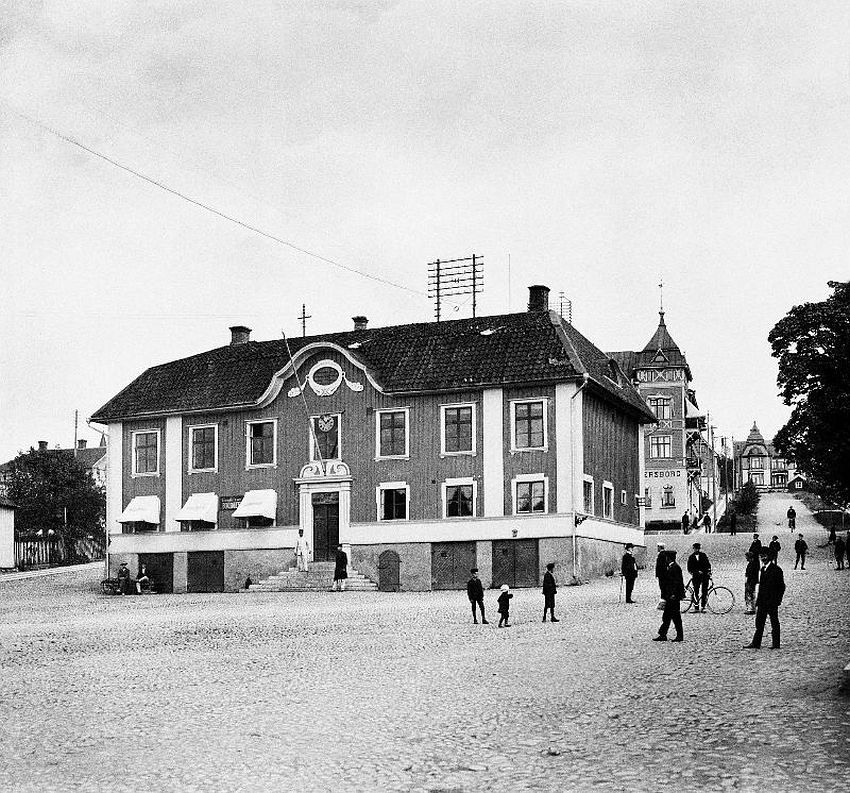 Ulricehamn. The Town Hall from 1789 at the Main square 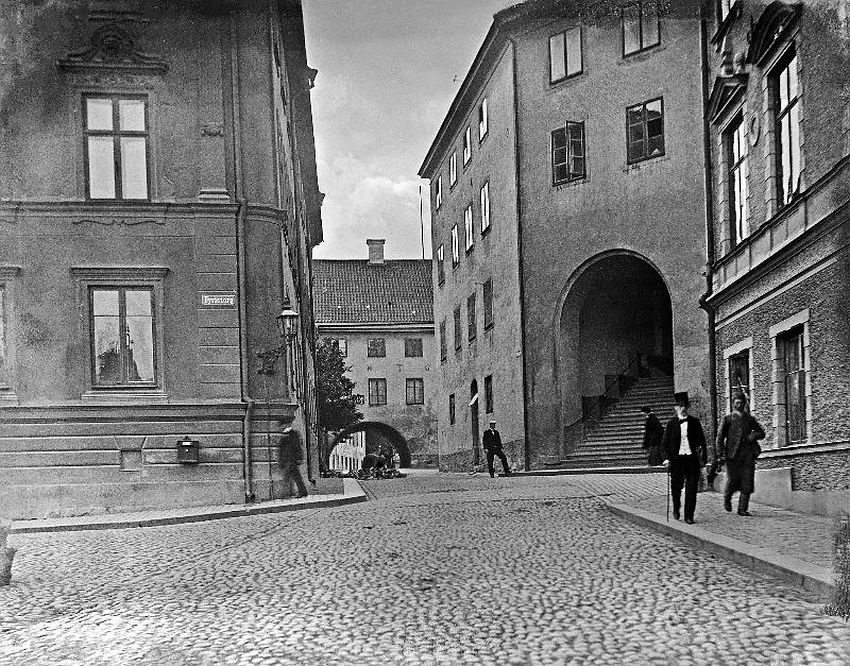 Uppsala. The staircase in the medieval building Domtrapphuset, viewed from Fyris square 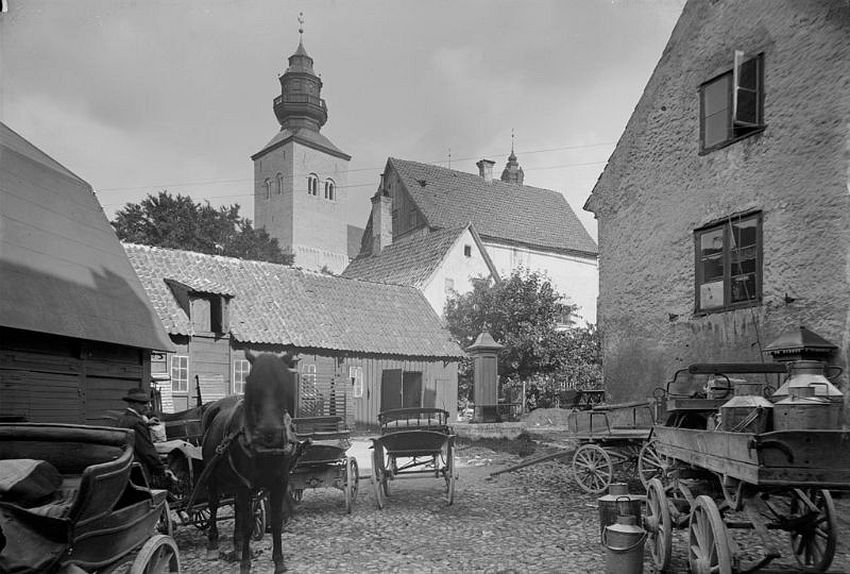 Visby. A courtyard in the block called ‘Kaplanen’ (The Chaplain). The tower of Visby Cathedral, Saint Mary, in the background 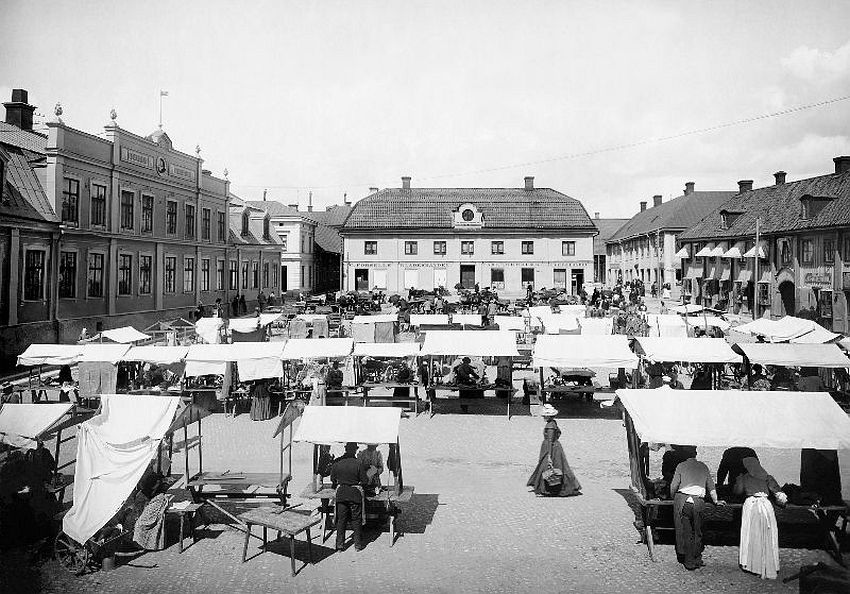 Arboga. Market at the Main Square. To the left is the Lundborg building, in the middle is the Stenberg house 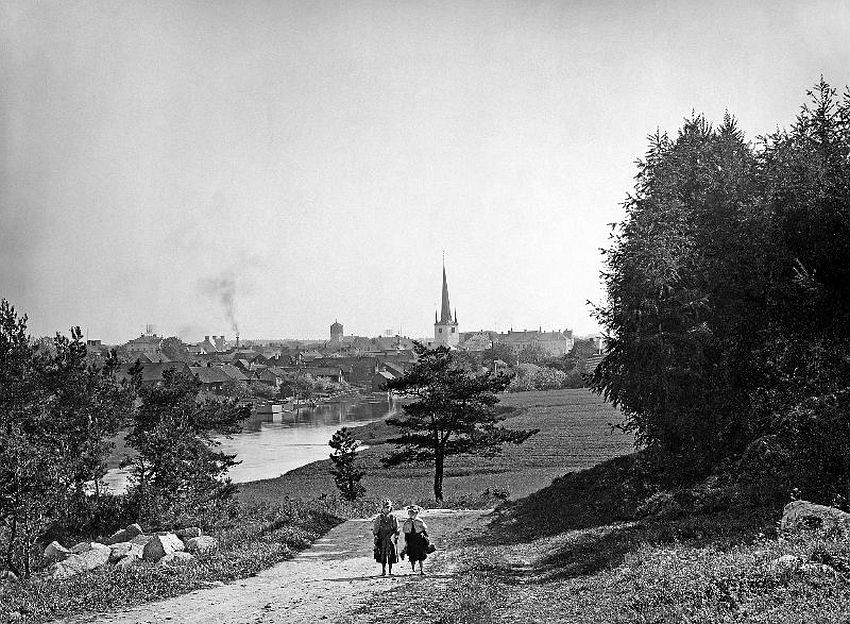 Arboga. Two children on a road by the Arboga Stream. In the middle, the tower of the Holy Trintiy church, and left of it the tower of St. Nicolai church 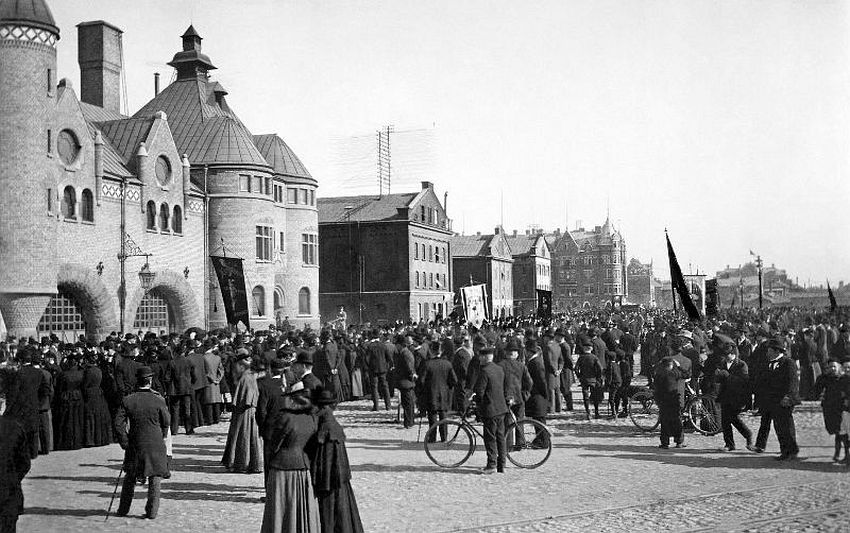 Gävle. Street demonstration on Fiskartorget (Fishermen’s square – today Harbour Square) on the 1st of May – the International Workers’ Day. To the left is the fire station, built in 1890-1891