Gustave Le Gray (1820 – 1884) has been called “the most important French photographer of the nineteenth century” because of his technical innovations in the still new medium of photography, his role as the teacher of other noted photographers, and “the extraordinary imagination he brought to picture making.” He was an early pioneer of High-Dynamic range photography and contributed to the development of the wax paper negative.

He was originally trained as a painter, studying under François-Édouard Picot and Paul Delaroche. He lived in Italy between 1843-1846 and painted portraits and scenes of the countryside. Le Gray exhibited his paintings at the salon in 1848 and 1853. He then crossed over to photography in the early years of its development.

He made his first daguerreotypes by 1847. His early photographs included portraits; scenes of nature such as Fontainebleau Forest; and buildings such as châteaux of the Loire Valley.

He taught photography to students such as Charles Nègre, Henri Le Secq, Nadar, Olympe Aguado, and Maxime Du Camp. In 1851, he became one of the first five photographers hired for the Missions Héliographiques to document French monuments and buildings. In that same year he helped found the Société Héliographique, the “first photographic organization in the world.” Le Gray published a treatise on photography, which went through four editions, in 1850, 1851, 1852, and 1854.

In 1855, Le Gray opened a “lavishly furnished” studio. At that time, becoming progressively the official photographer of Napoleon III, he became a successful portraitist. His most famous work dates from this period, 1856 to 1858, especially his seascapes. The studio was a fancy place, but in spite of his artistic success, his business was a financial failure: the business was poorly managed and ran into debts. He therefore “closed his studio, abandoned his wife and children, and fled the country to escape his creditors.”

He began to tour the Mediterranean in 1860 with the writer Alexandre Dumas, père. They encountered Giuseppe Garibaldi during the trip and Le Gray photographed Garibaldi and Palermo. His striking pictures of Giuseppe Garibaldi and Palermo under Sicilian bombardment became as instantly famous throughout Europe. Dumas abandoned Le Gray and the other travelers in Malta and joined the revolutionary forces as a result of a personal conflict. Le Gray went to Lebanon, then Syria where he covered the movements of the French army for a magazine in 1861. Injured, he remained there before heading to Egypt. In Alexandria he photographed Henri d’Artois and the future Edward VII of the United Kingdom, and wrote to Nadar while sending him pictures.

He established himself in Cairo in 1864; earning a modest living as a professor of drawing, while retaining a small photography shop. He sent pictures to the universal exhibition in 1867 but they did not really catch anyone’s attention. He received commissions from the vice-king Ismail Pasha. From this late period there remain 50 pictures. He died on July 30,1884, in Cairo. 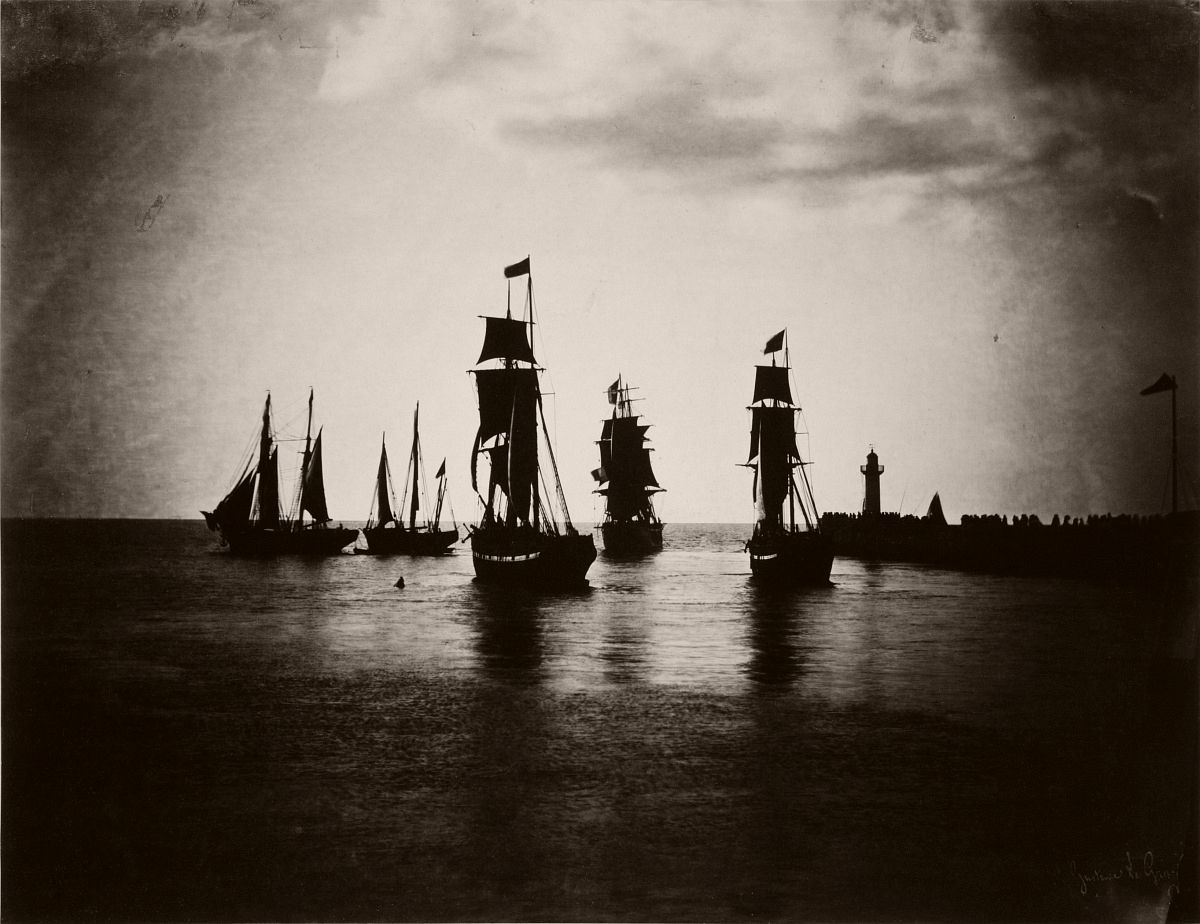 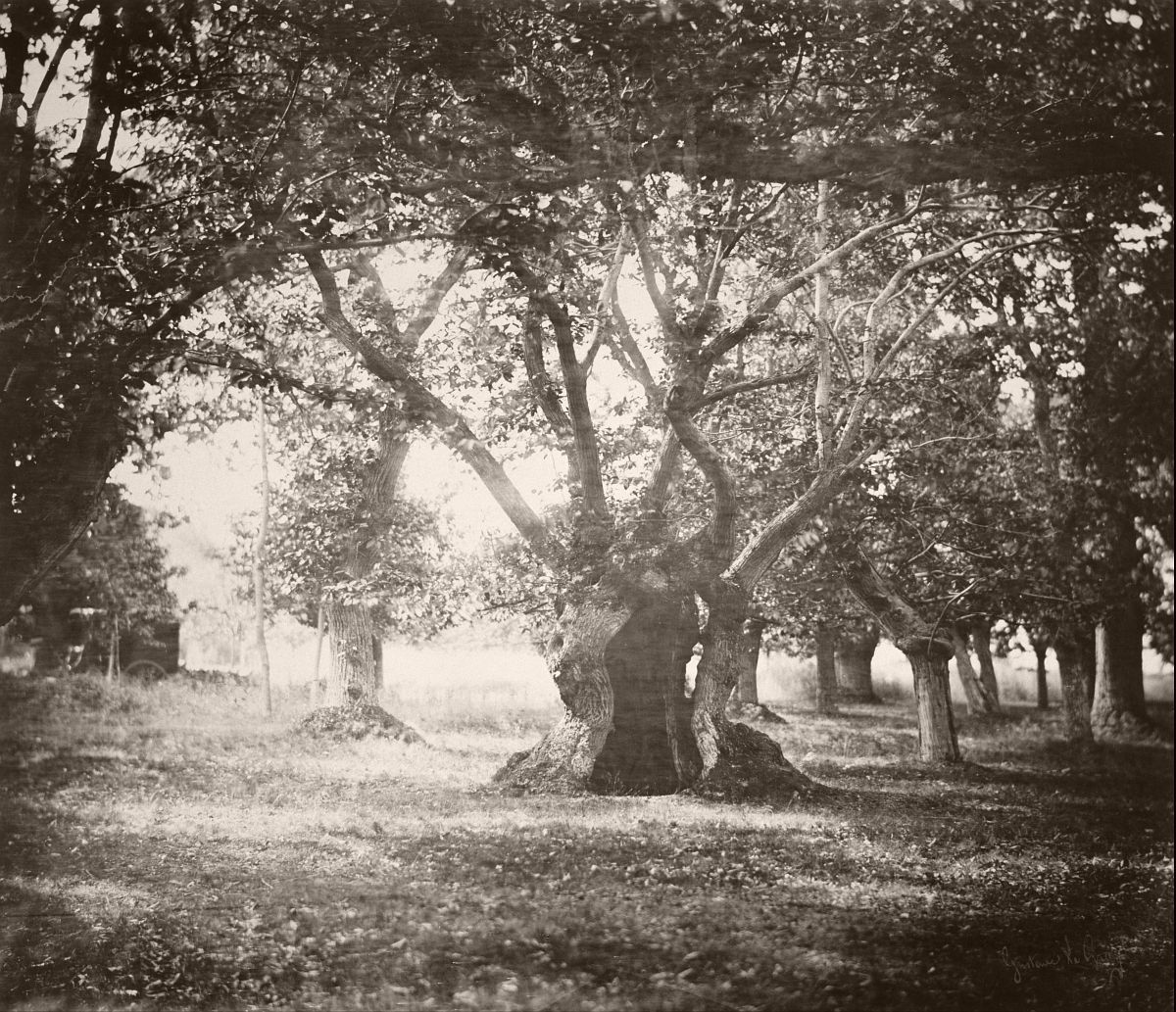 Forest of Fontainbleau (circa 1856) by Gustave Le Gray 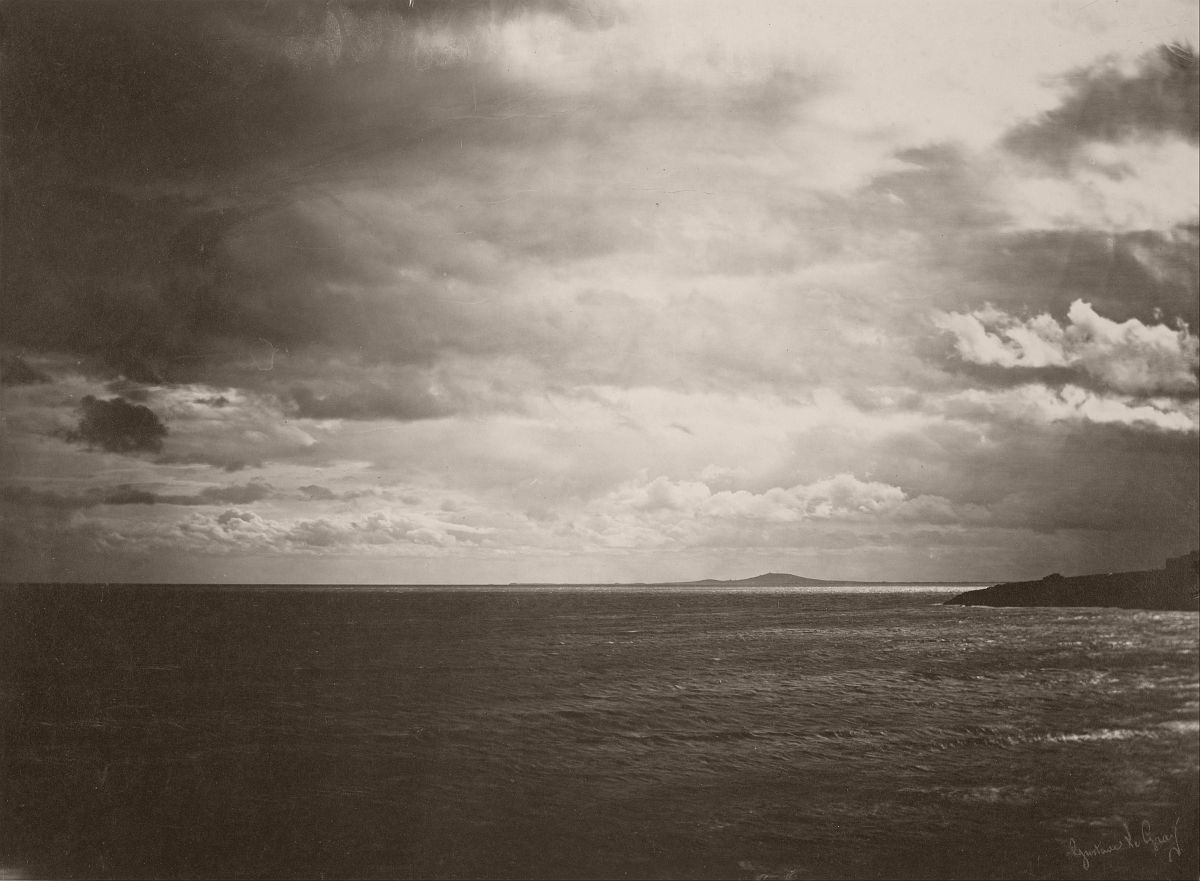 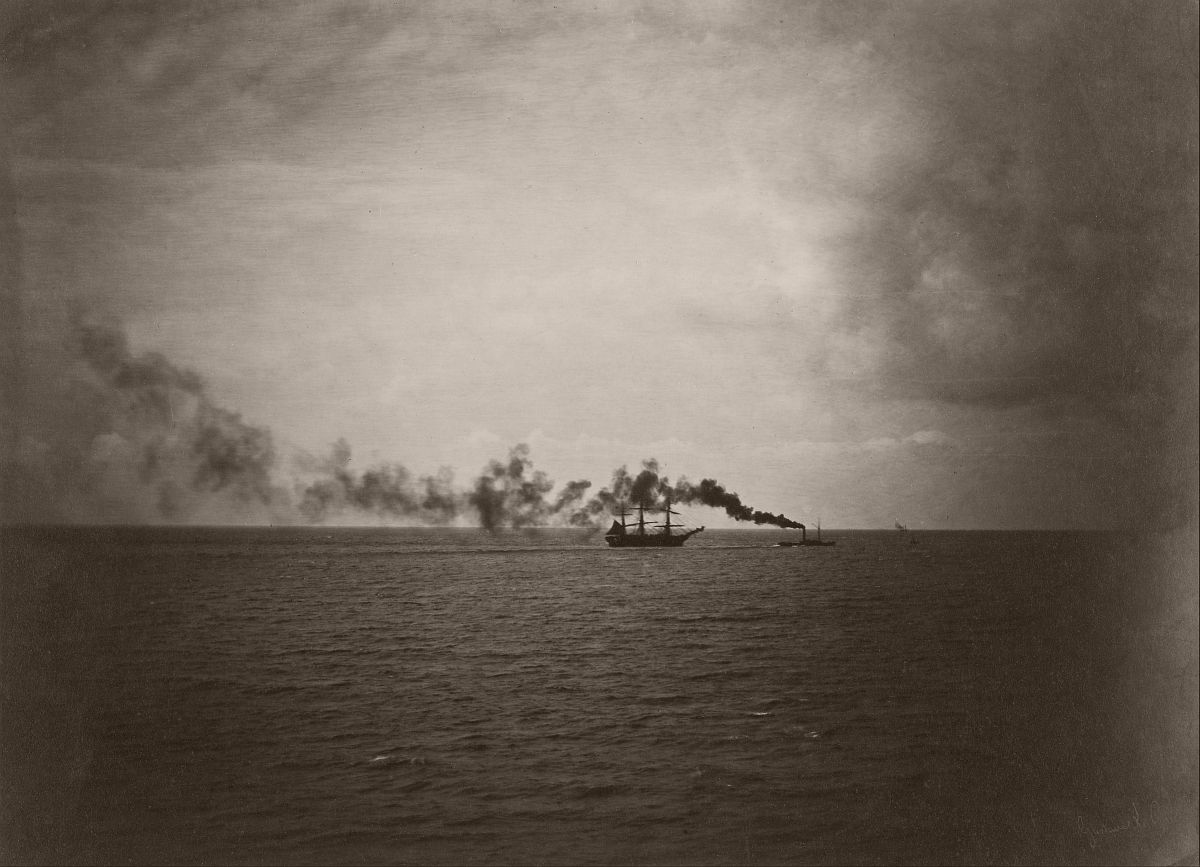 Seascape with Sailing Ship and Tugboat by Gustave Le Gray 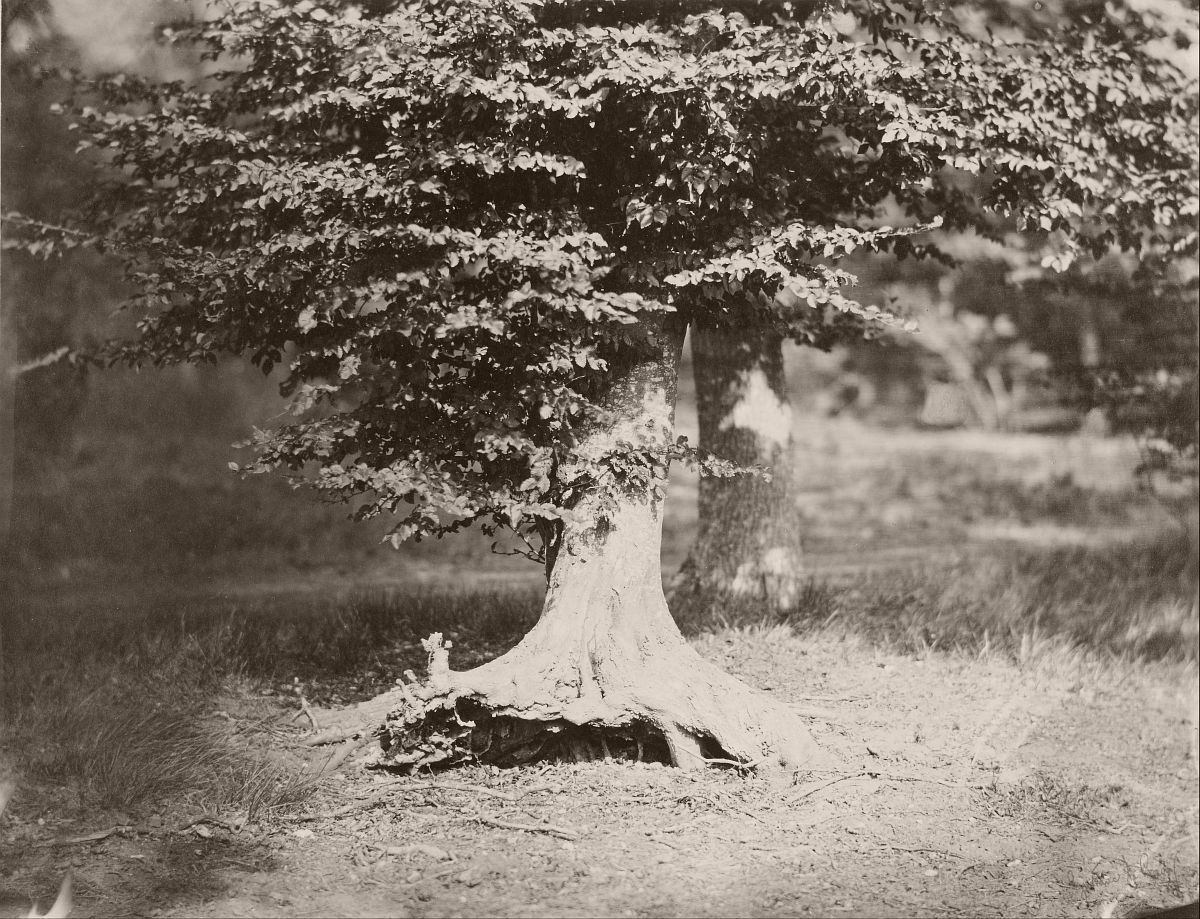 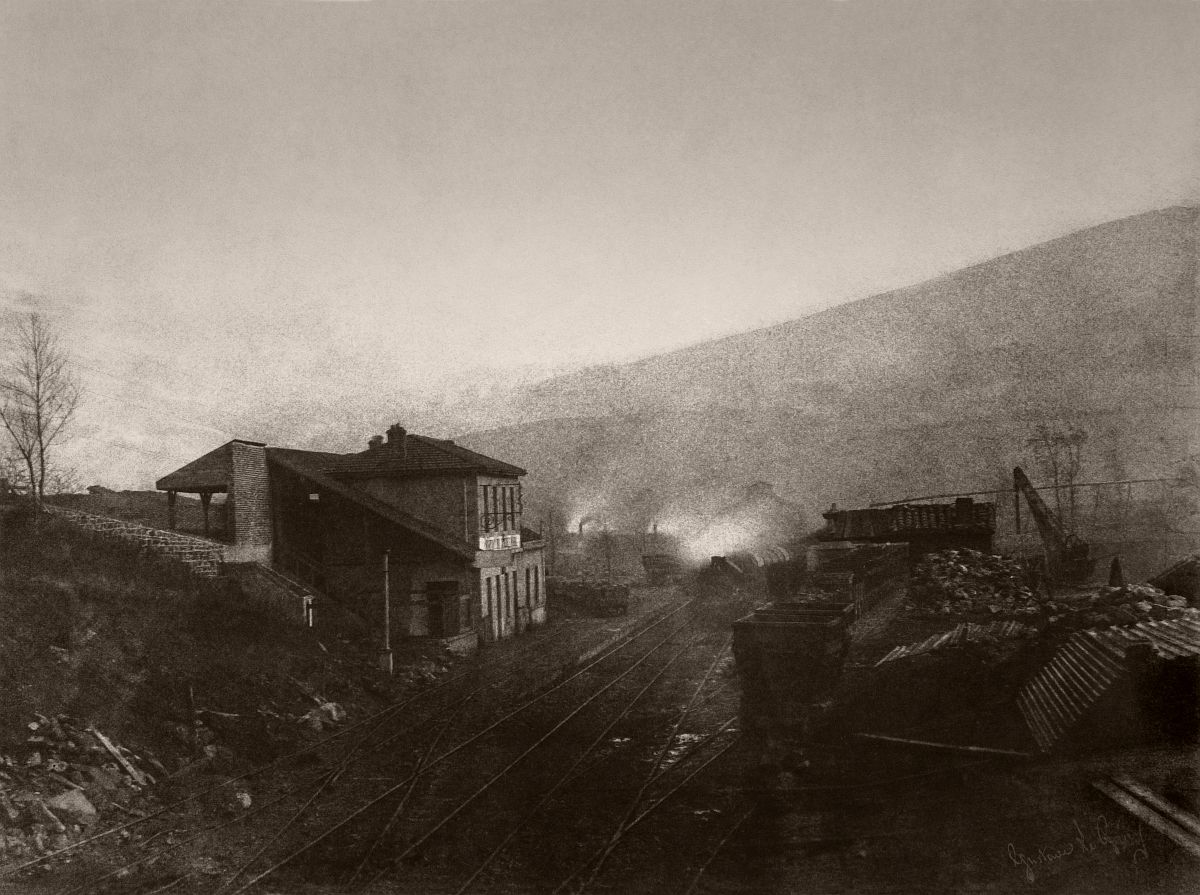 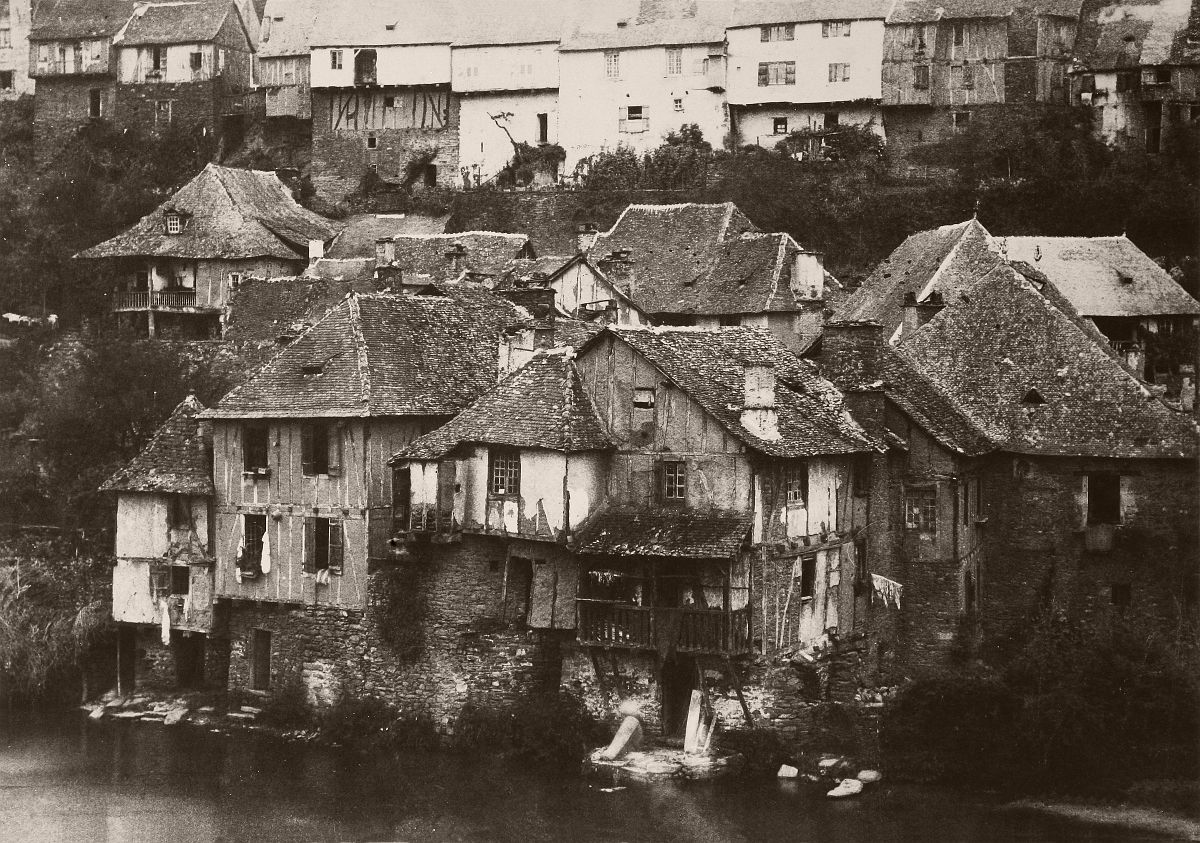