By the late nineteenth century, technological advances and commercial pressure allowed construction to begin in earnest. An initial attempt by France to build a sea-level canal failed after a great deal of excavation. This enabled the United States to complete the present canal in 1913 and open it to shipping the following year. The state of Panama was created with its 1903 emancipation from Colombia due to a US-backed revolt, so the US could control the canal-project area.

French canal engineer Philippe-Jean Bunau-Varilla influenced a change in its proposed location, from Nicaragua (the original US choice) to Panama because of his concern about Nicaraguan volcanism. During the late 1890s Bunaua-Varilla convinced US lawmakers to buy the rights to build the French canal in Panama, sending each senator Nicaragua postage stamps with a smoking volcano. In 1903, Colombia (which controlled Panama) refused to allow the United States to build the canal. The people of Panama, with help from Bunaua-Varilla, then overthrew their Colombian government and became independent (which made construction of the canal possible). 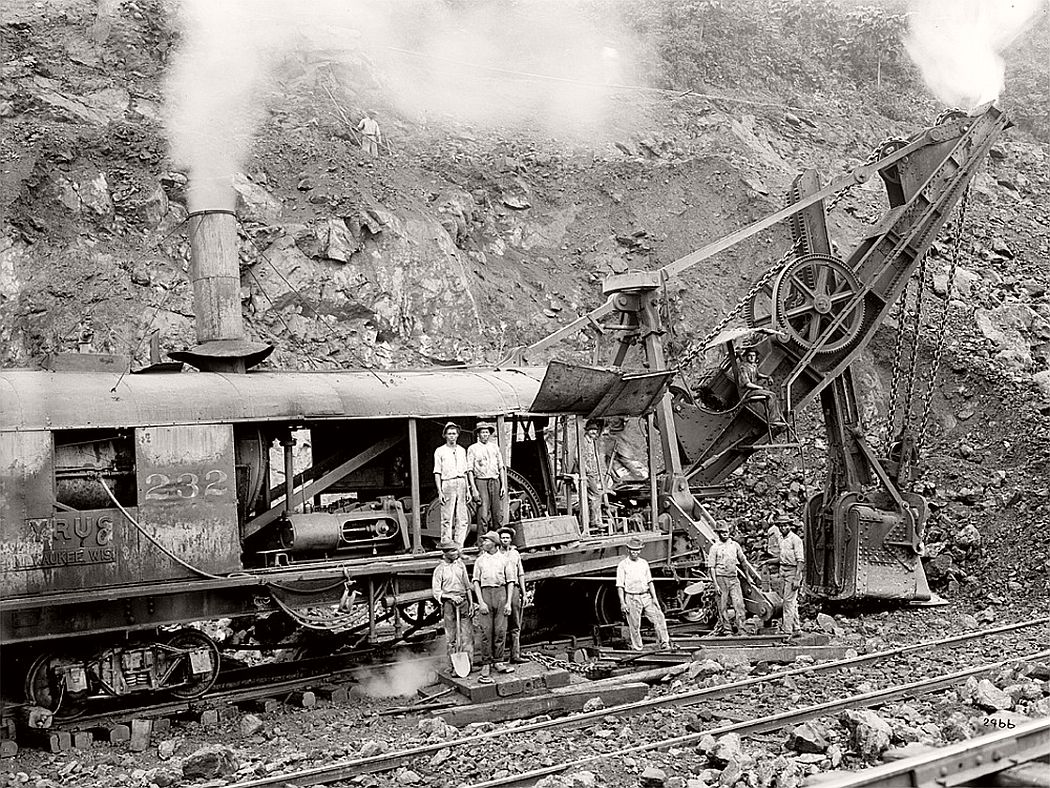 The United States took over the original canal-construction project from the French, 1904 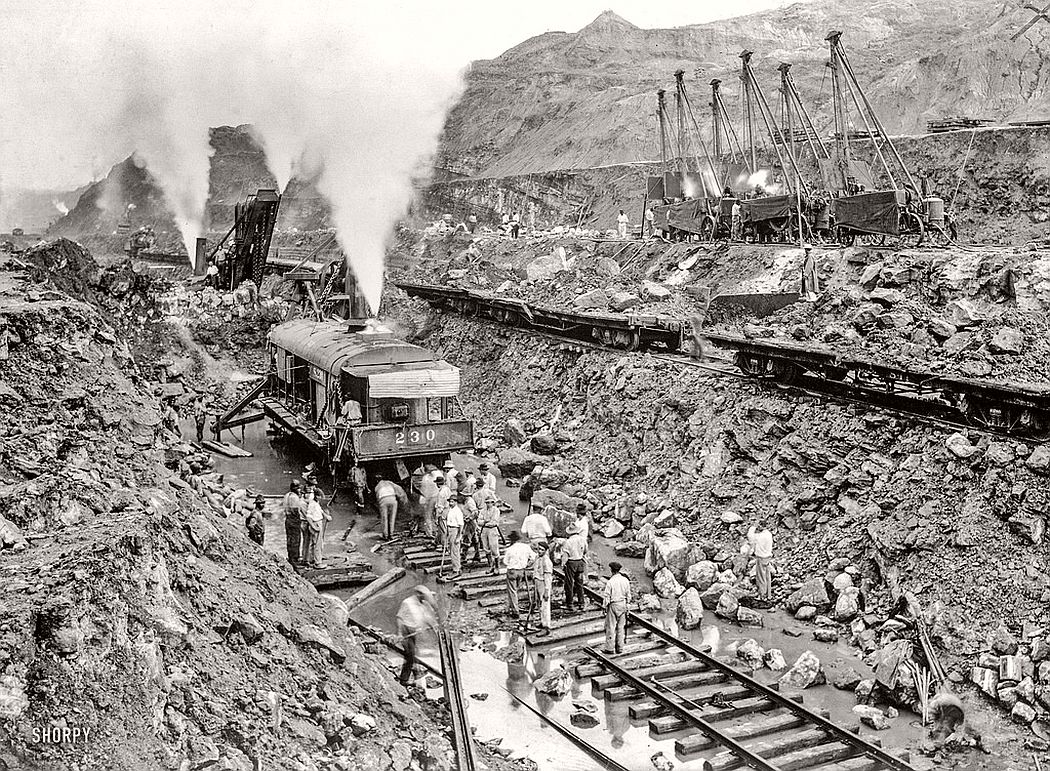 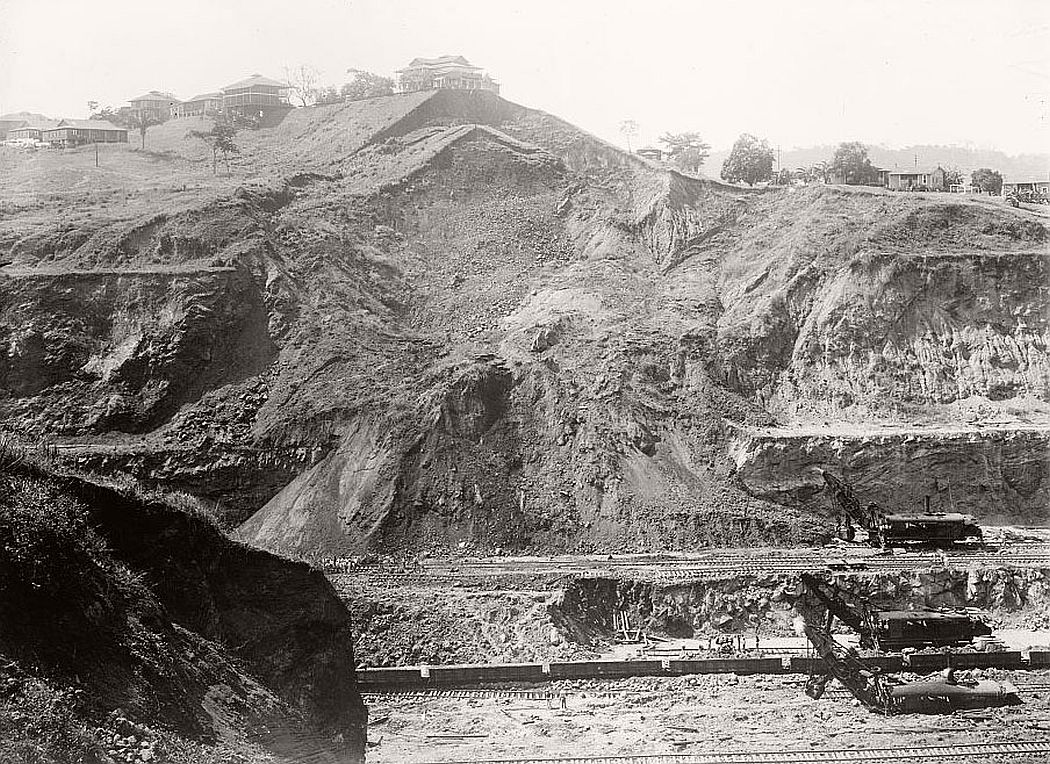 The fifty-mile Panama Canal under construction, 1913 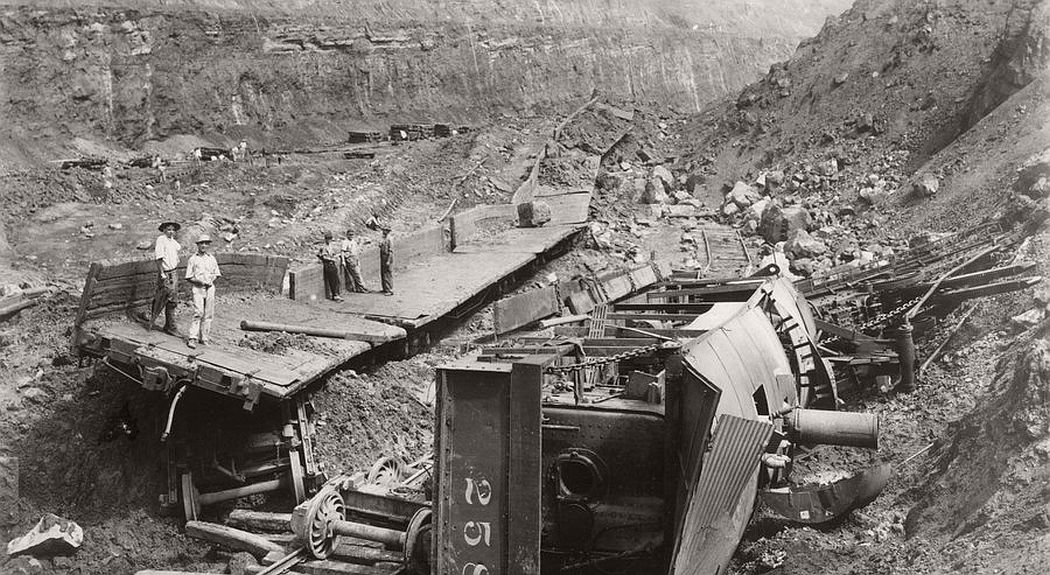 Workers standing near a landslide that destroyed digging machinery, during the construction of the Panama Canal at Culebra Cut in Panama, May 29, 1913 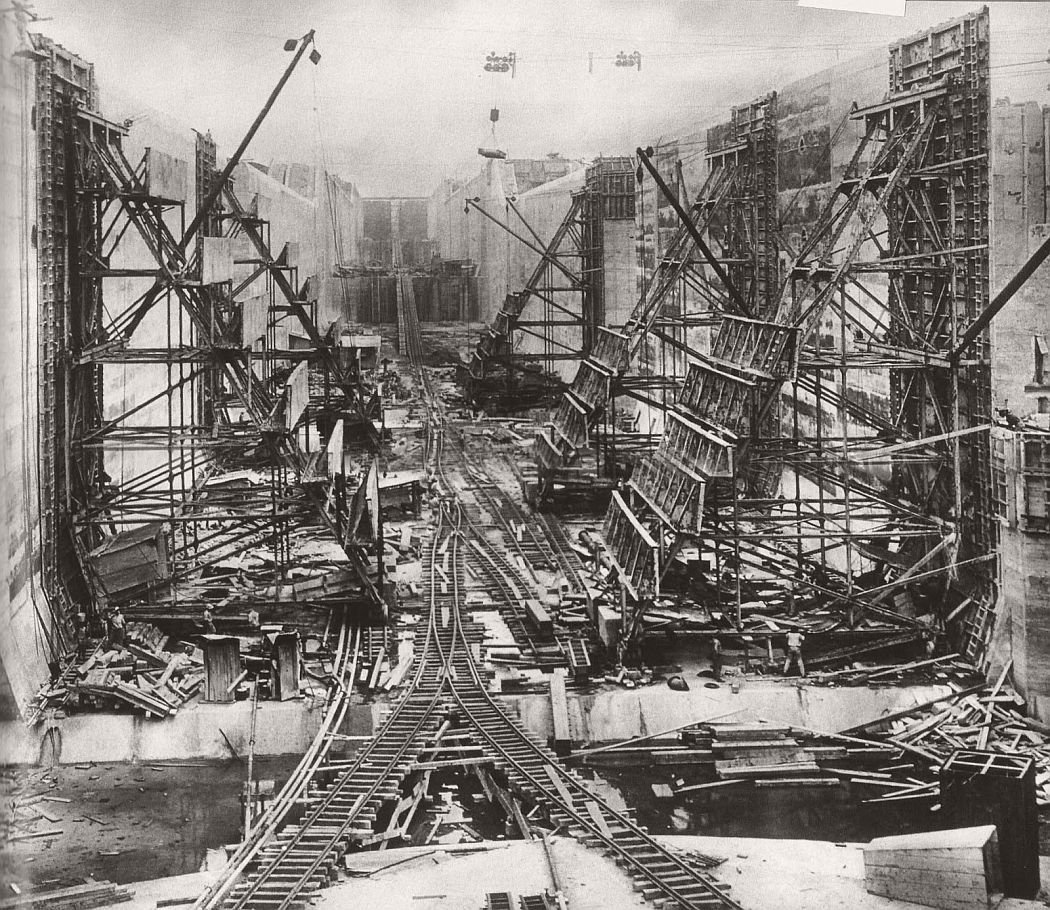 View of the Locks under construction, 1912 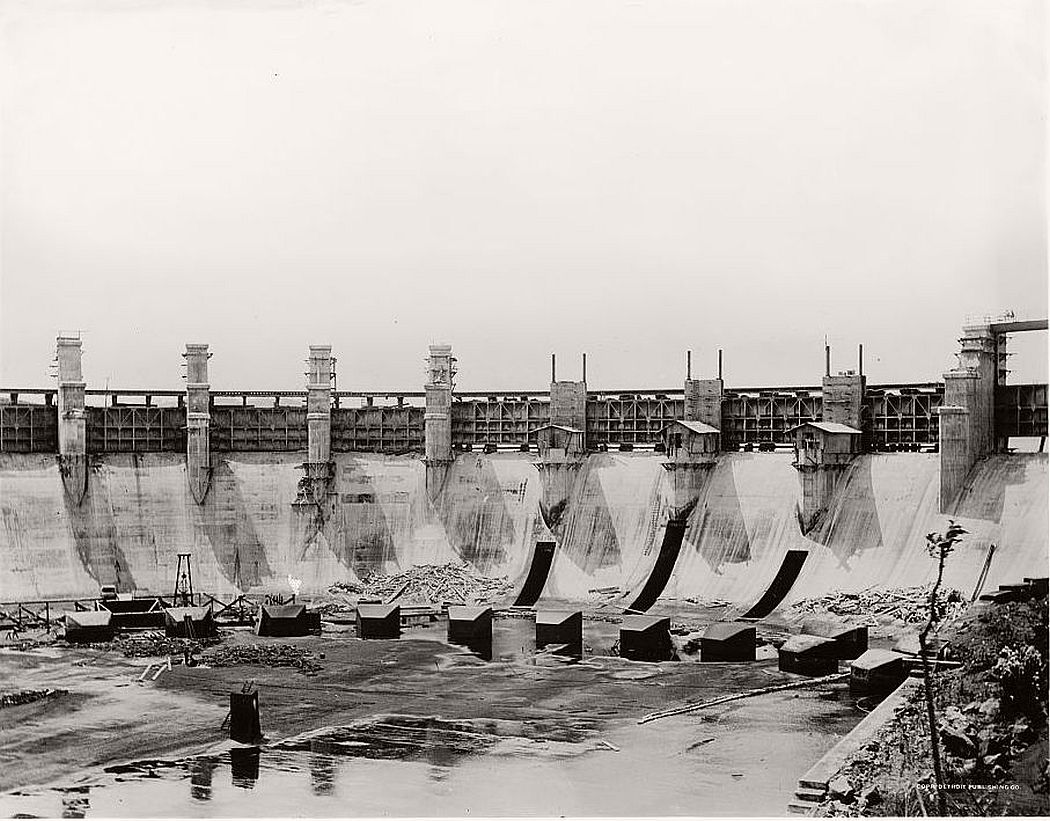 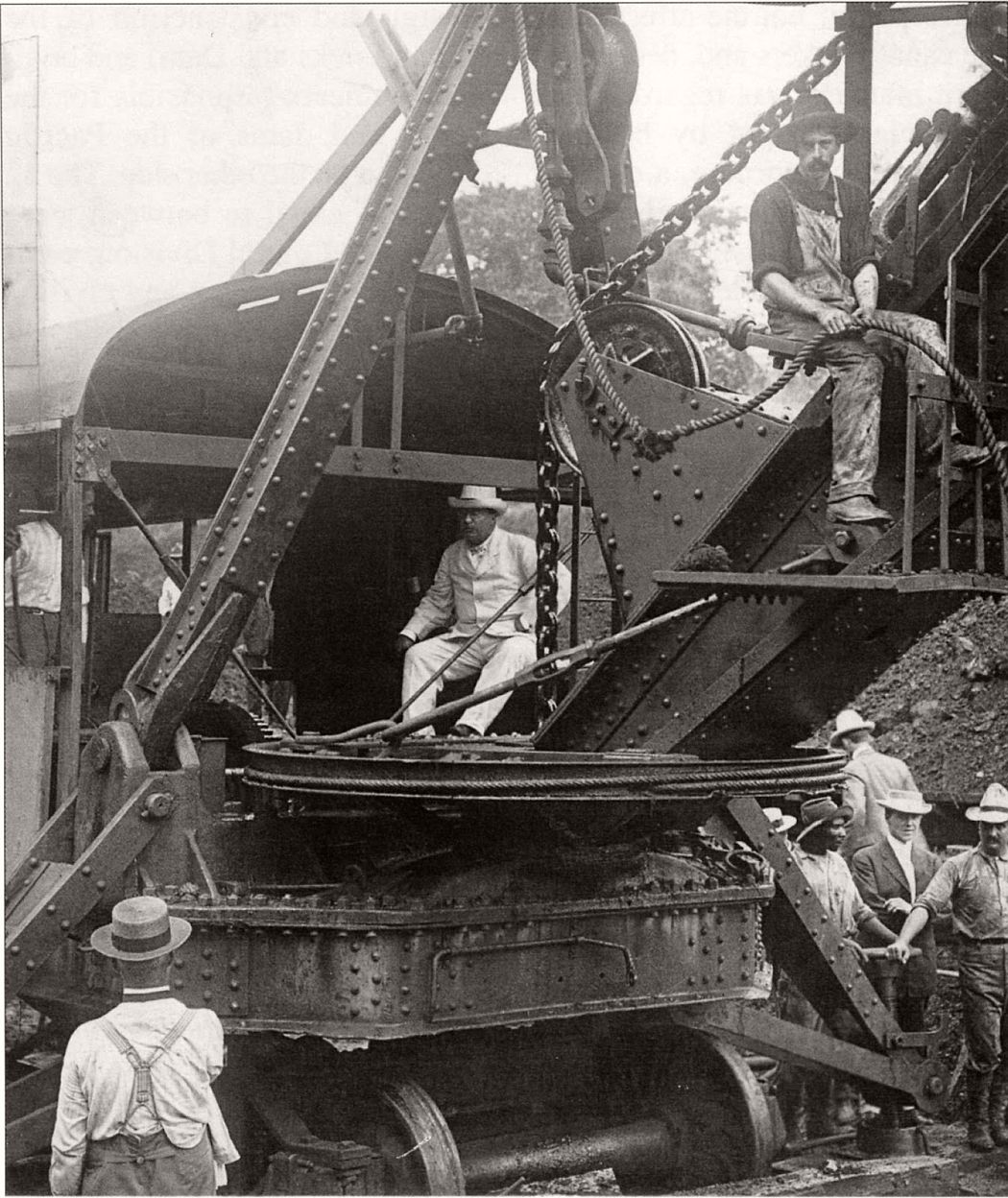 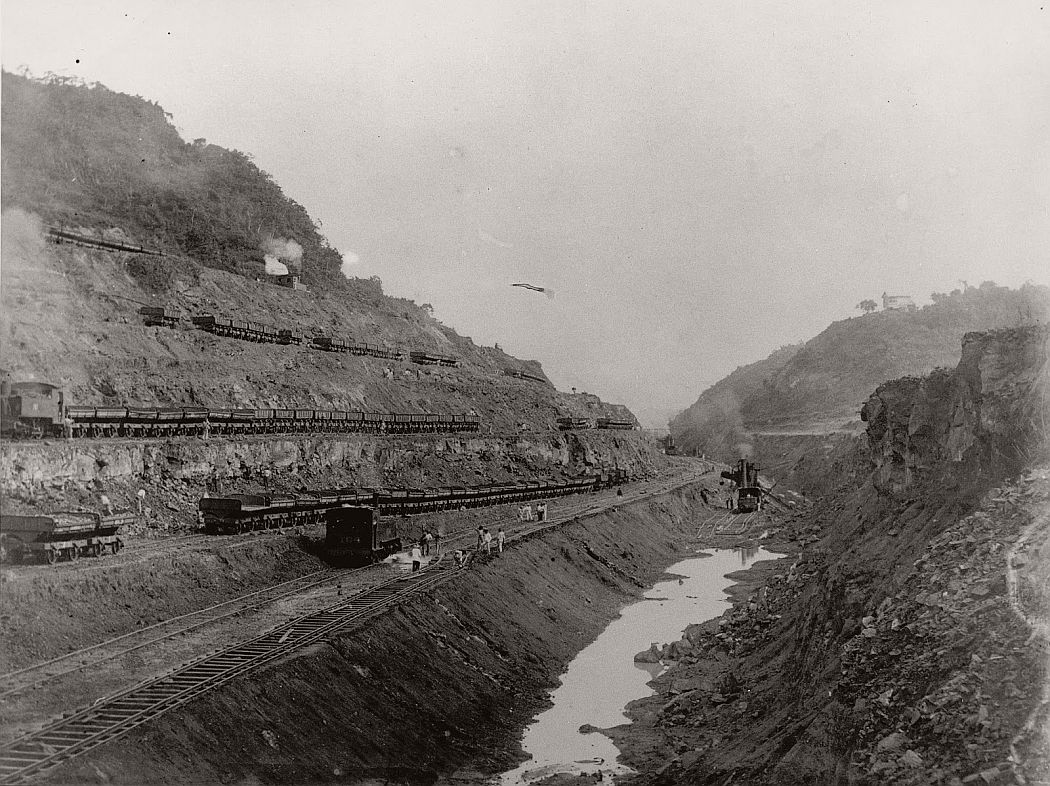 The railroad in use in the Culebra Cut, December 1904 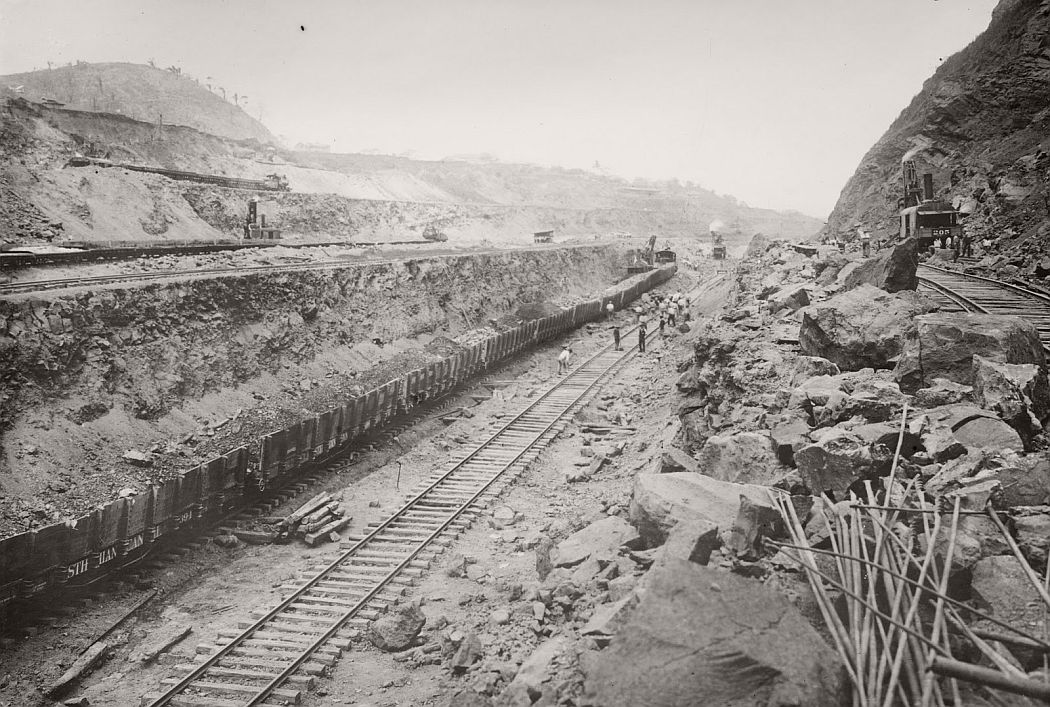 Steam shovels load rocks blasted away onto twin tracks that remove the earth from the Panama Canal bed, 1908 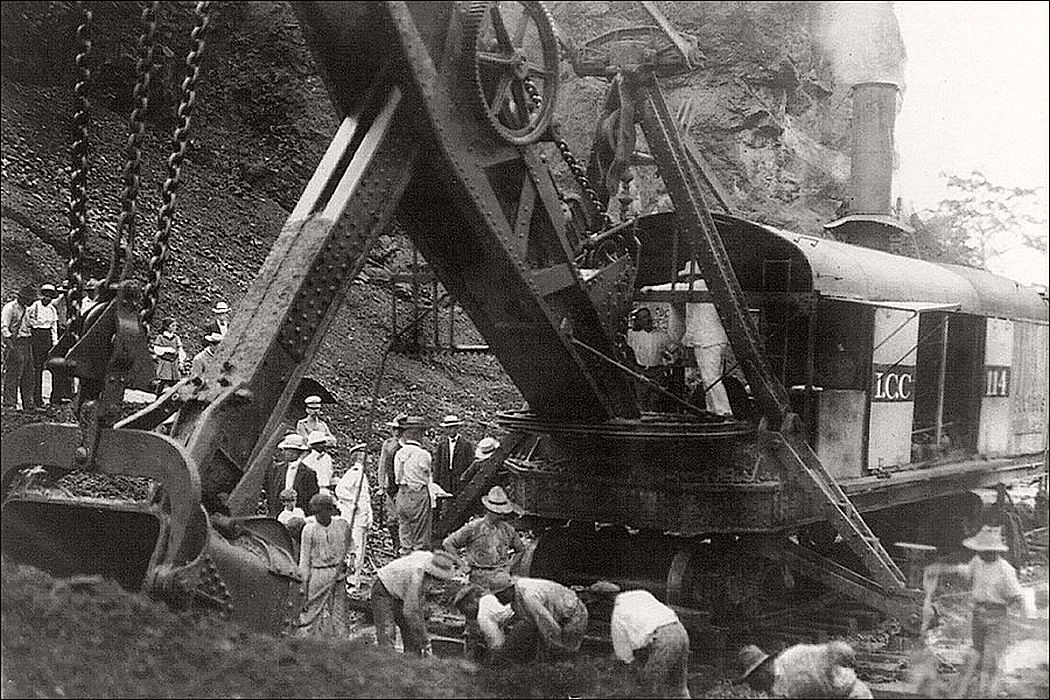 President Theodore Roosevelt on a steam-powered digging machine during construction of the Panama Canal, 1908 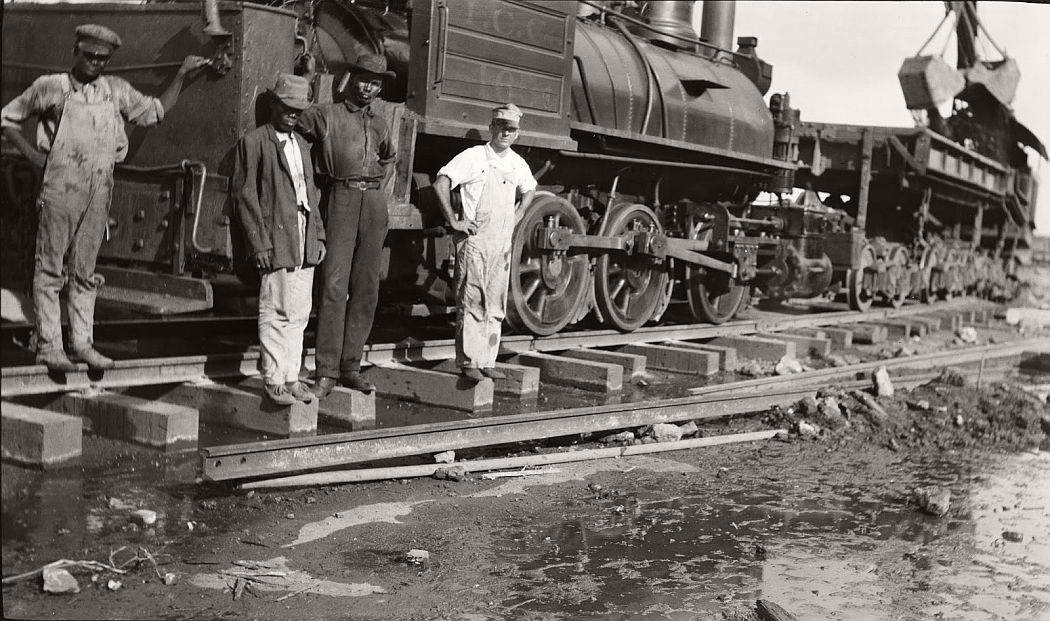 A work crew standing on the tracks by a locomotive while a steam shovel loads a dirt car in the background, 1909 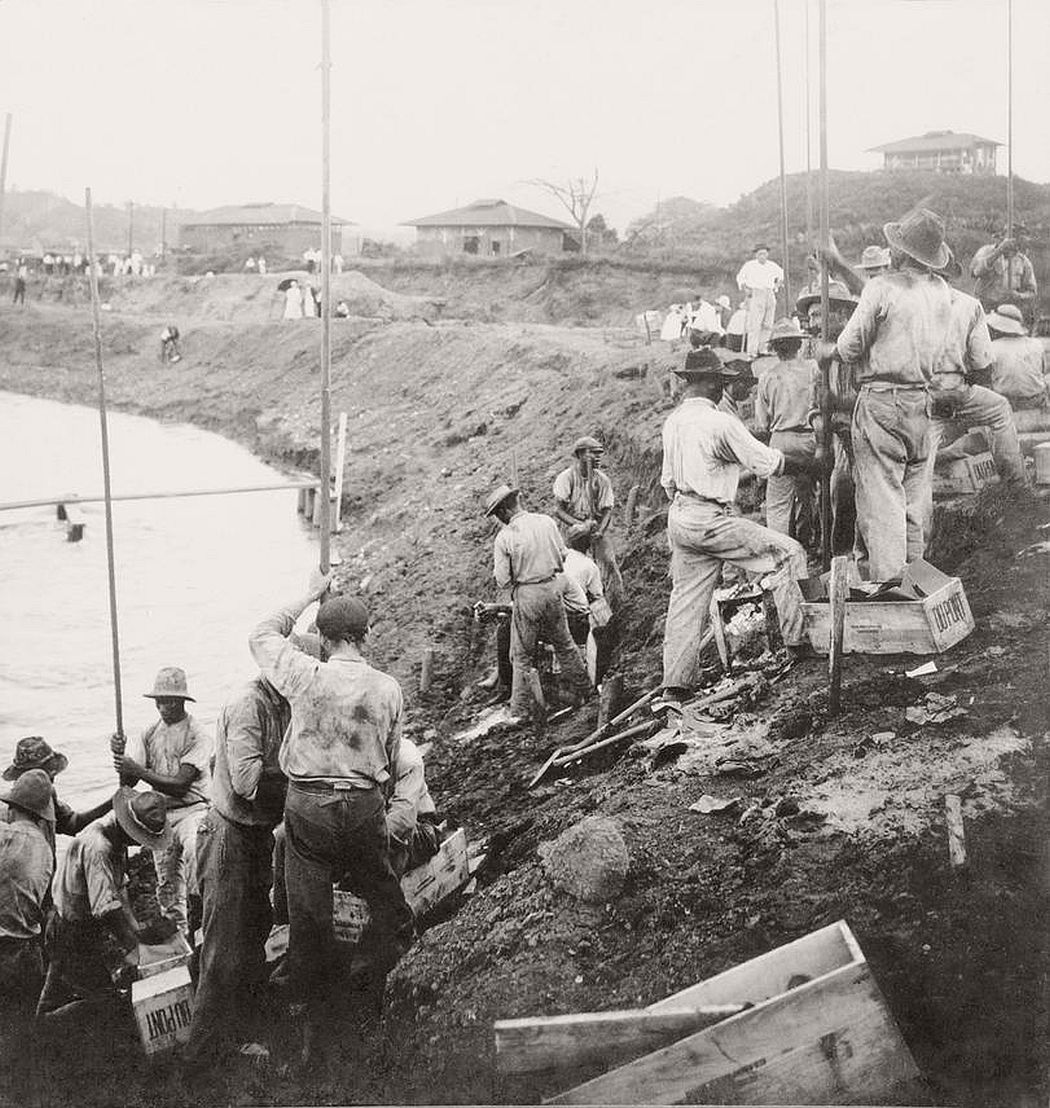 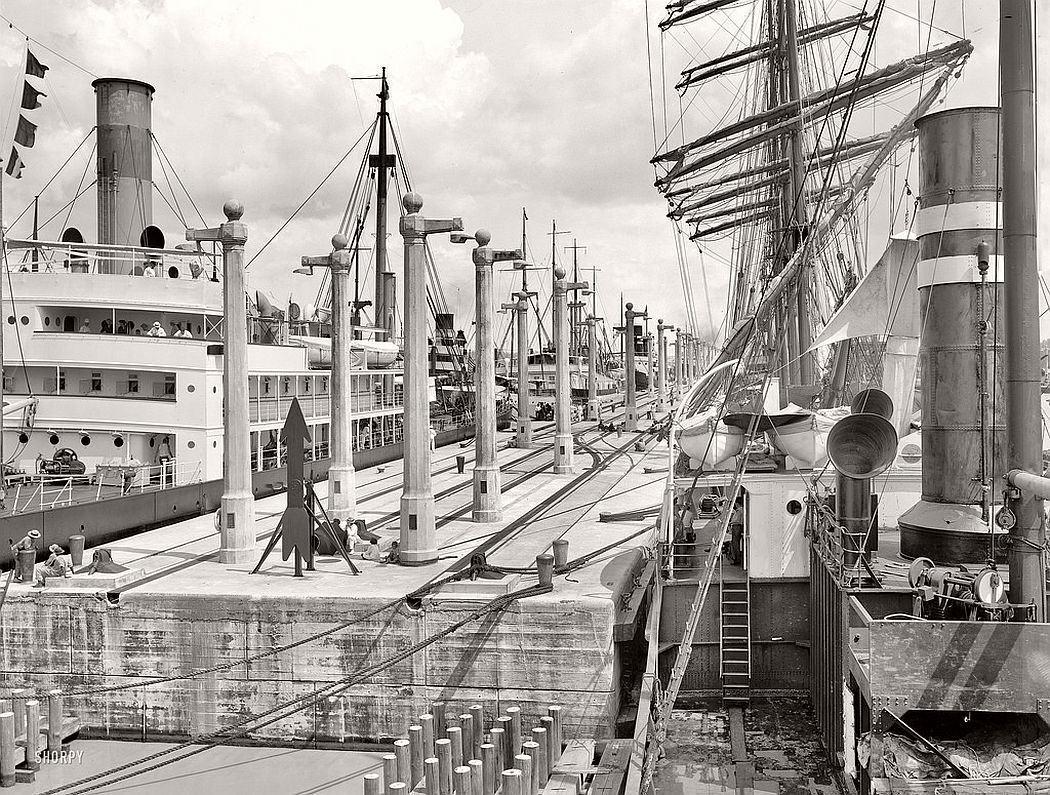 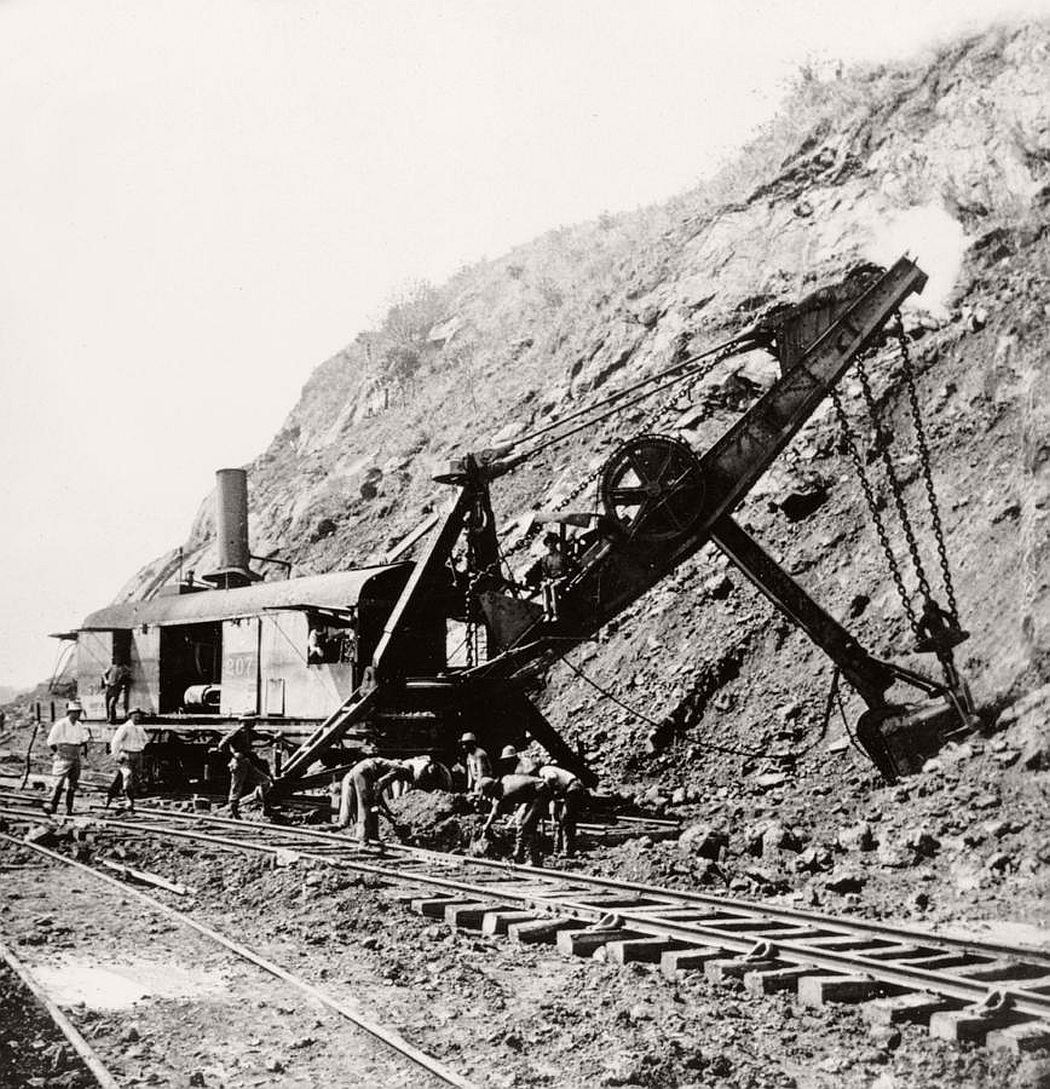 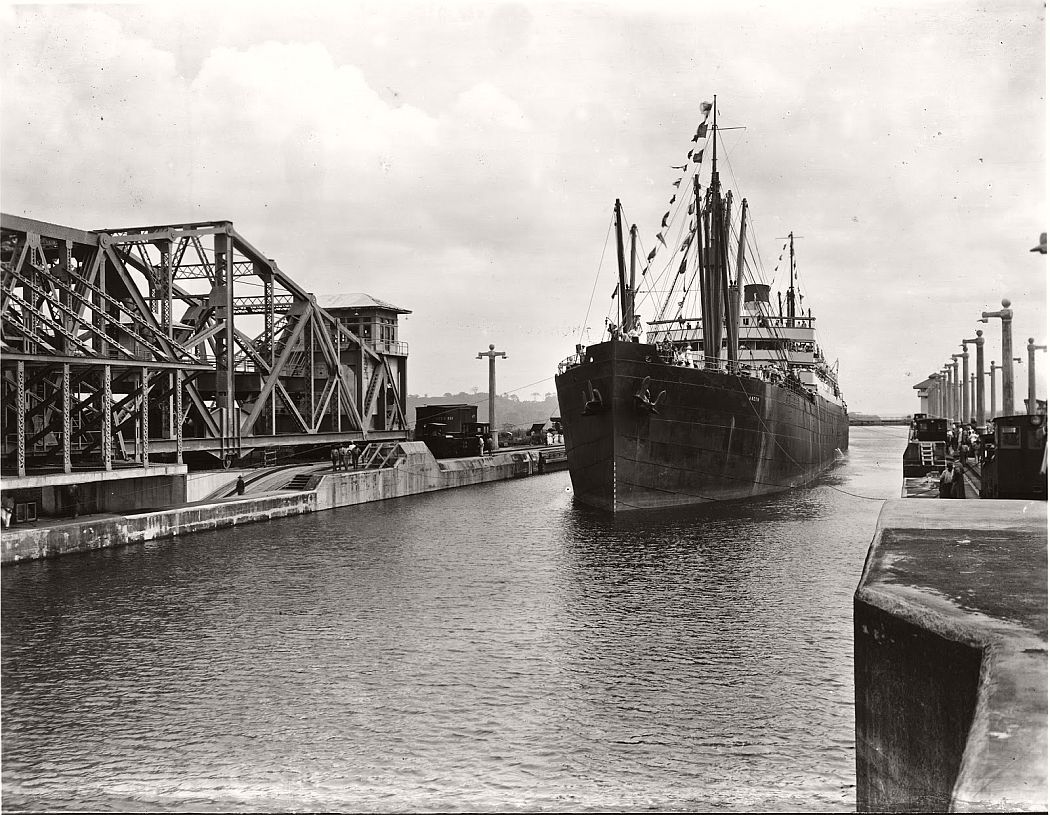 The Panama Canal opened on Aug. 15, 1914. The first ship through was the U.S. steamer the SS Ancon