Starting in the 1850s, large sawmills began to be erected by entrepreneurs known as lumber barons, and these became some of the largest mills in the world. Rail lines erected in 1854 connected Ottawa to areas south and to the transcontinental rail network via Hull and Lachute, Quebec in 1886. The original Parliament buildings which included the Centre, East and West Blocks were constructed between 1859 and 1866 in the Gothic Revival style. At the time, this was the largest North American construction project ever attempted and Public Works Canada and its architects were not initially well prepared. The Library of Parliament and Parliament Hill landscaping would not be completed until 1876. By 1885 Ottawa was the only city in Canada whose downtown street lights were powered entirely by electricity. In 1889 the Government developed and distributed 60 ‘water leases’ (still currently in use) to mainly local industrialists which gave them permission to generate electricity and operate hydroelectric generators at Chaudière Falls. Public transportation began in 1870 with a horsecar system, overtaken in the 1890s by a vast electric streetcar system that lasted until 1959. The Hull–Ottawa fire of 1900 destroyed two thirds of Hull, including 40 per cent of its residential buildings and most of its largest employers along the waterfront. The fire also spread across the Ottawa River and destroyed about one fifth of Ottawa from the Lebreton Flats south to Booth Street and down to Dow’s Lake. 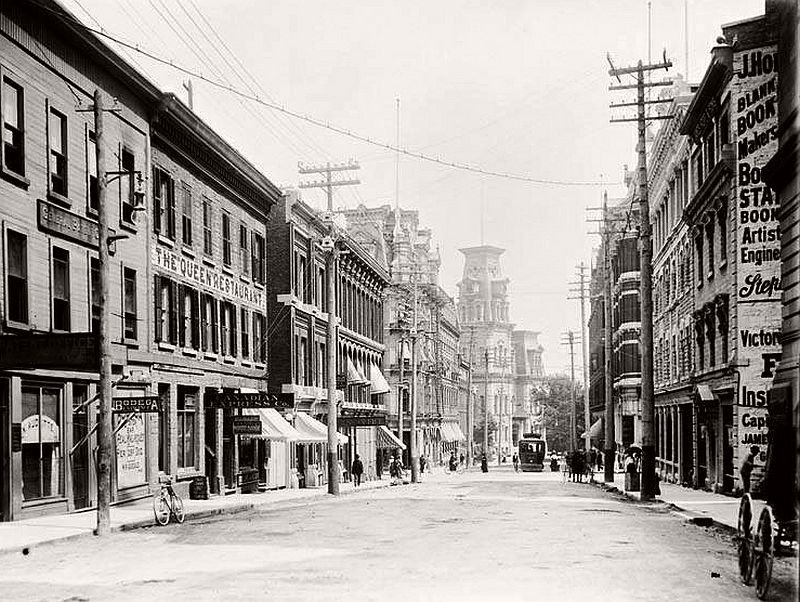 Elgin St. from Wellington with the City Hall on the left background, ca. 1890s 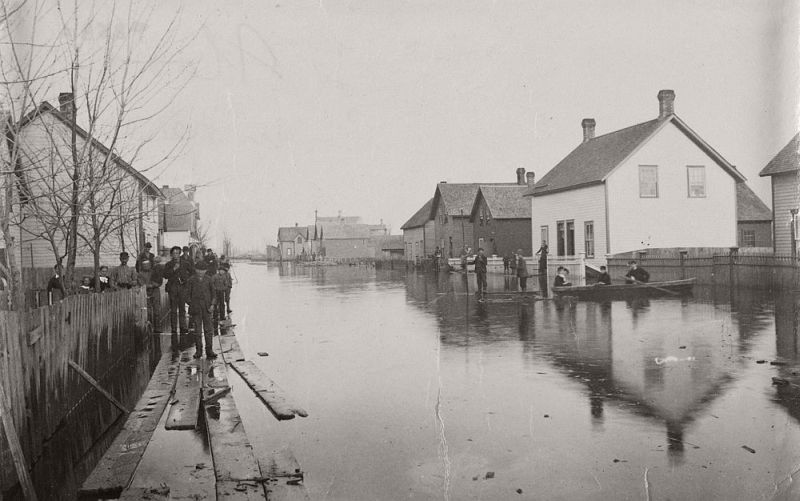 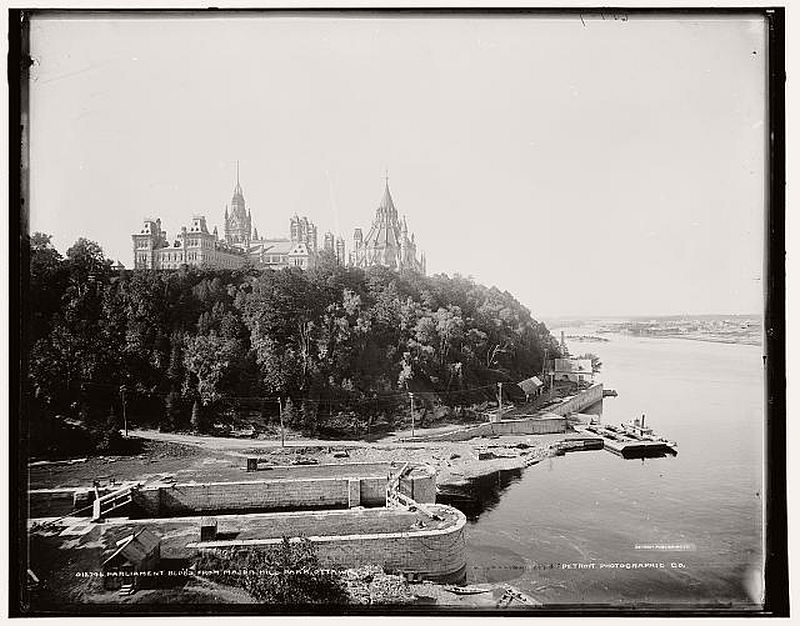 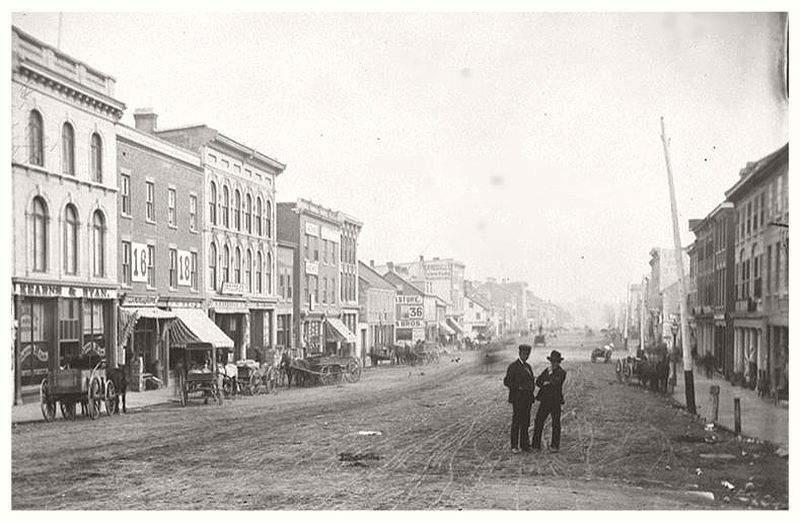 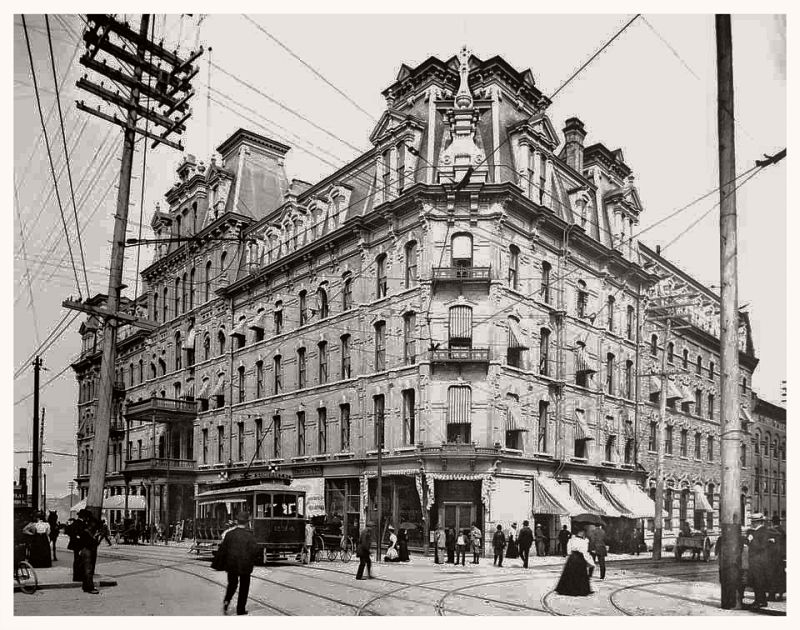 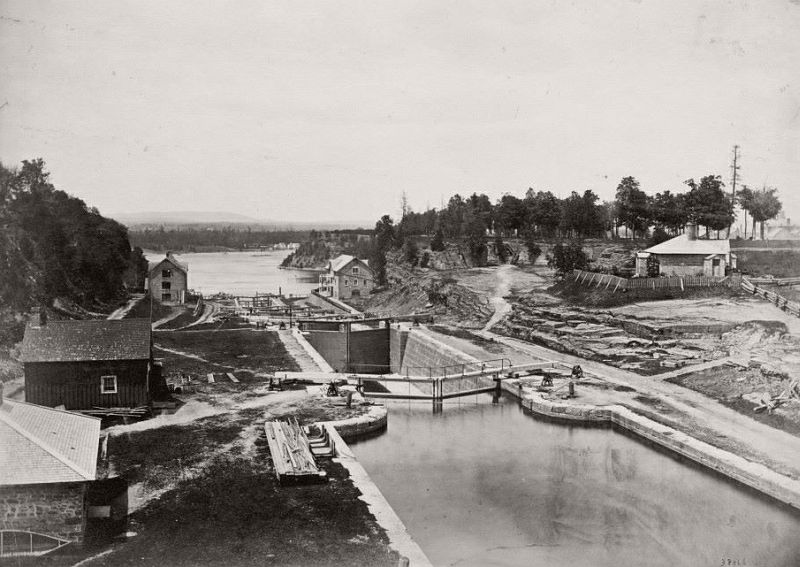 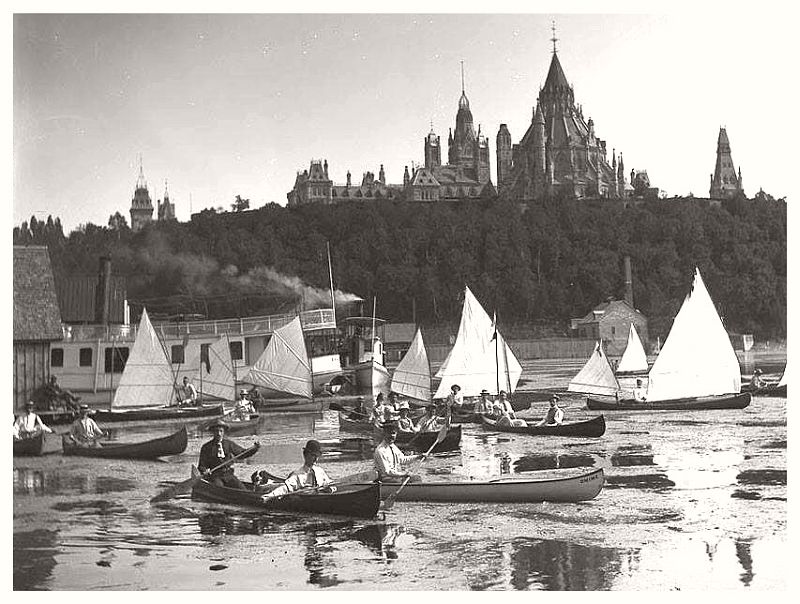 Sailing canoes on the Ottawa River, 1889 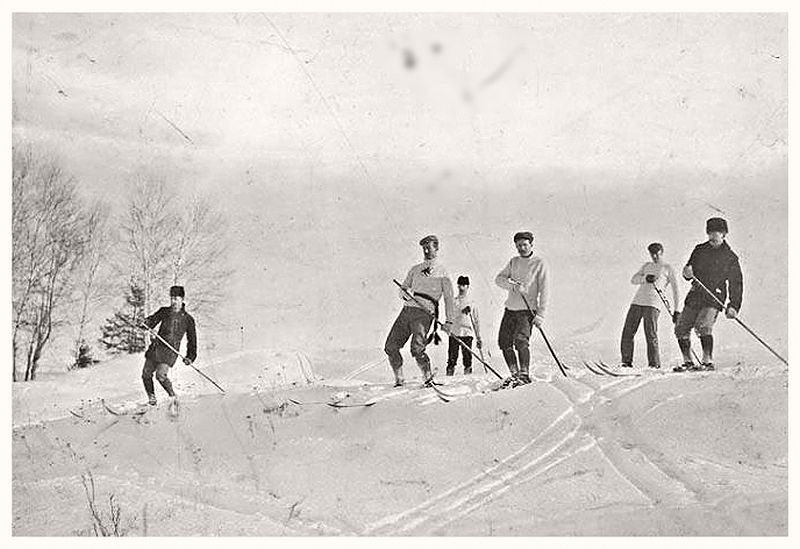 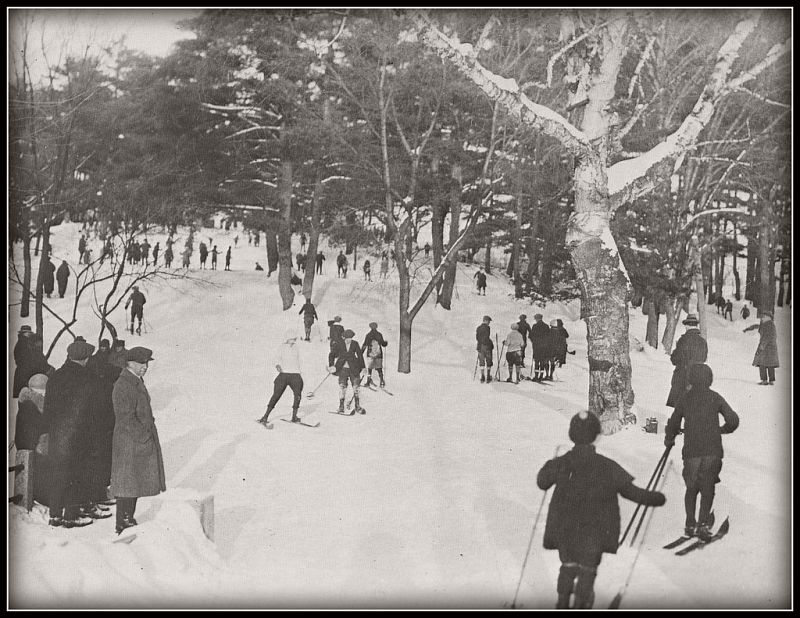 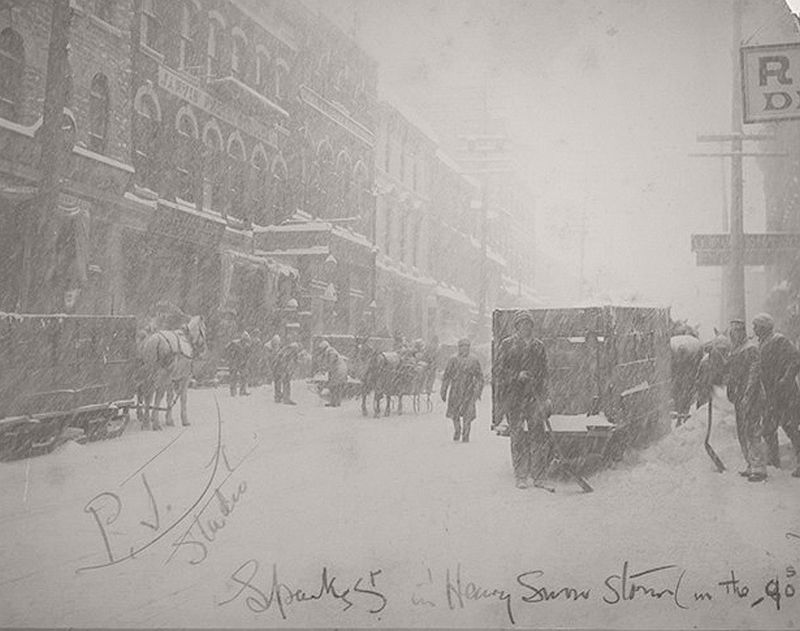 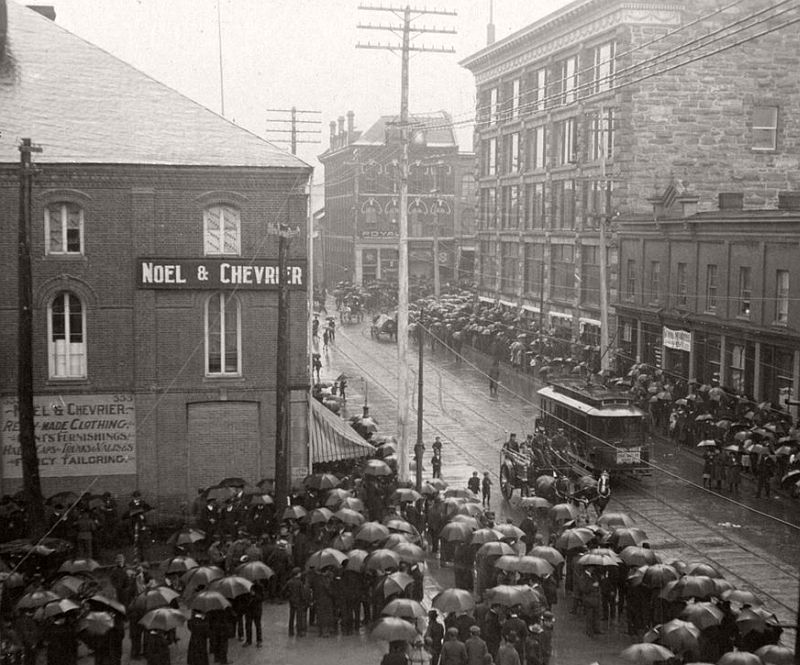 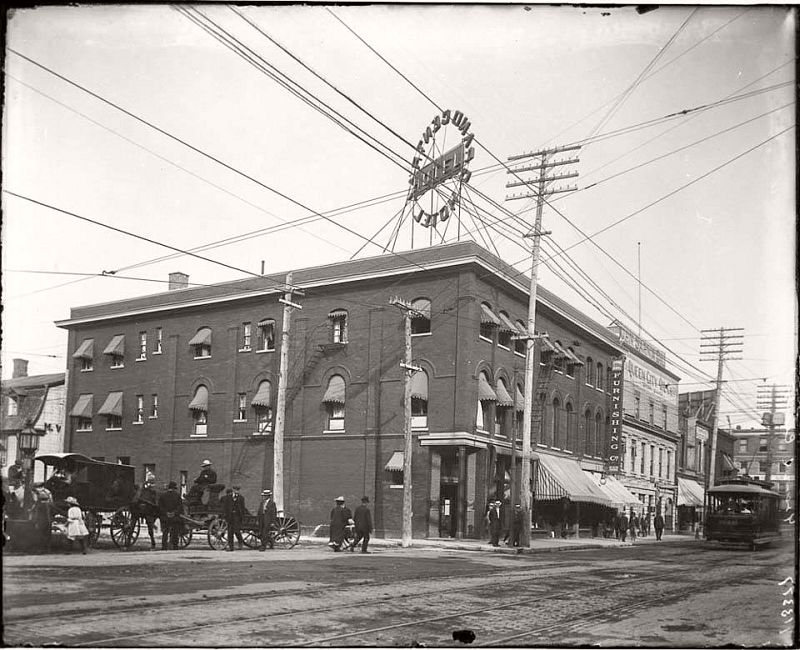 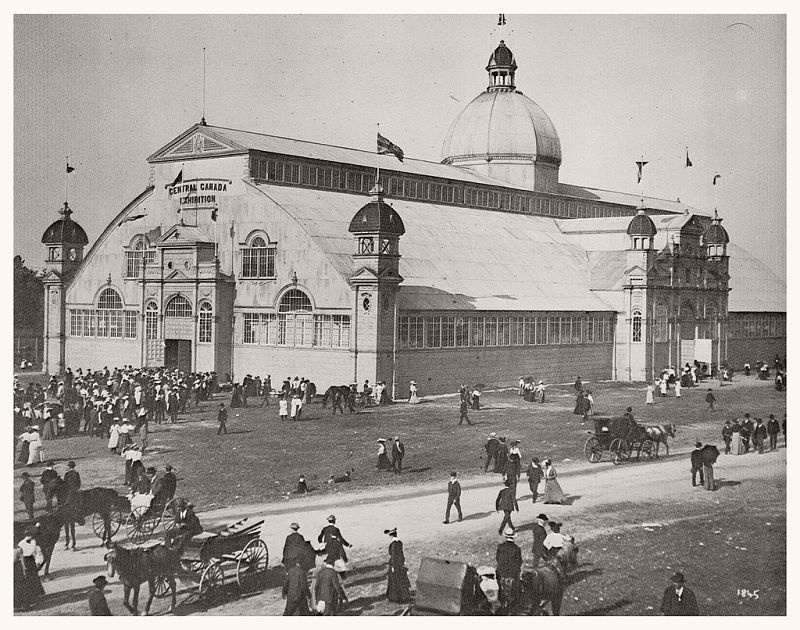 The main building of the Central Canada Exhibition, ca. 1890s 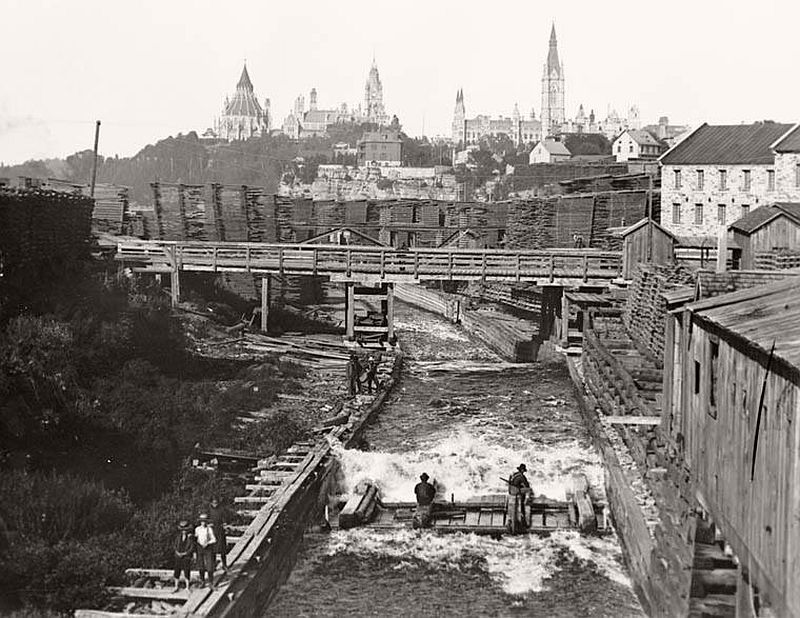 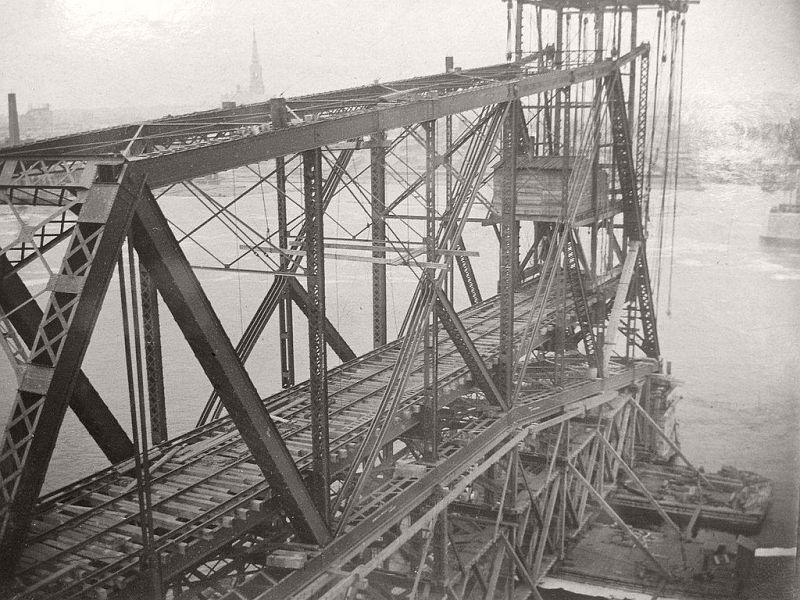 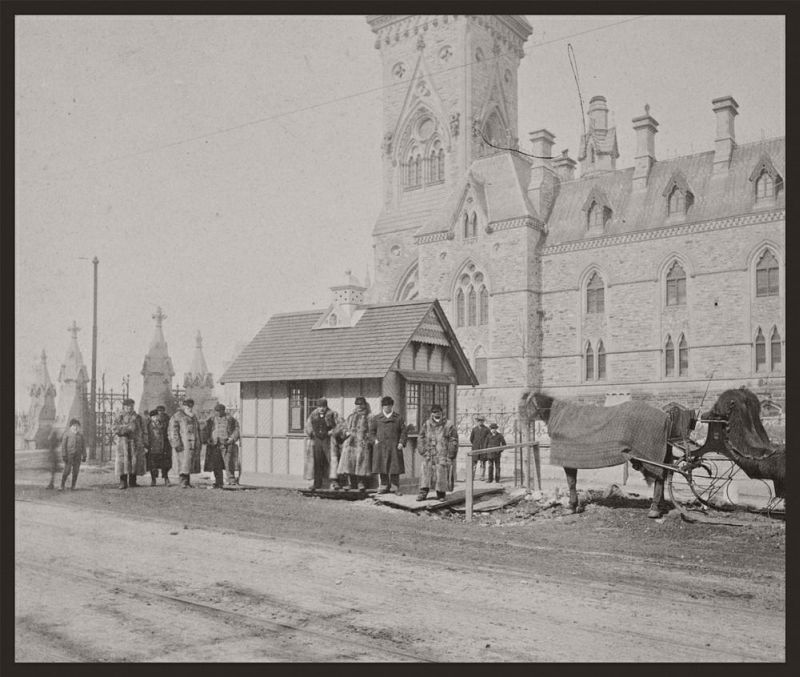 Horse drawn cab stand in front of the East Block, 1897 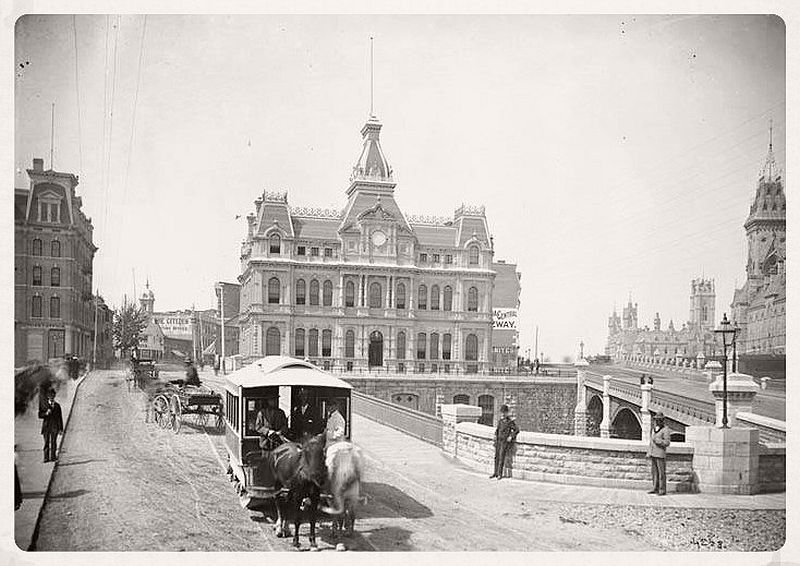 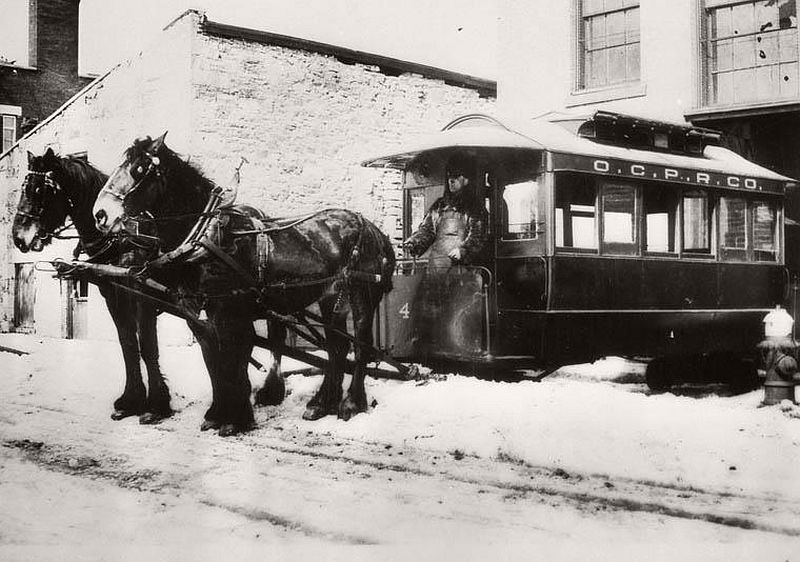 Horses dragged the trolleys on the tracks, 1871 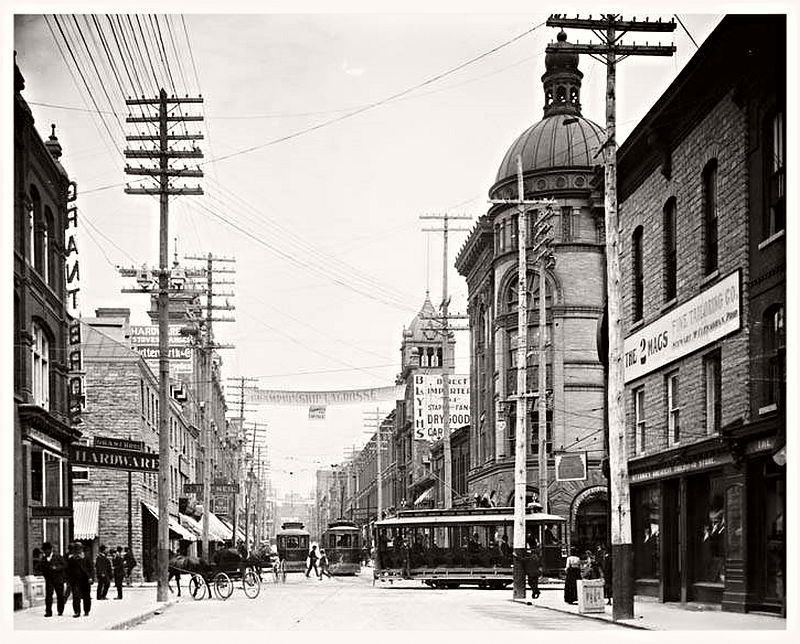 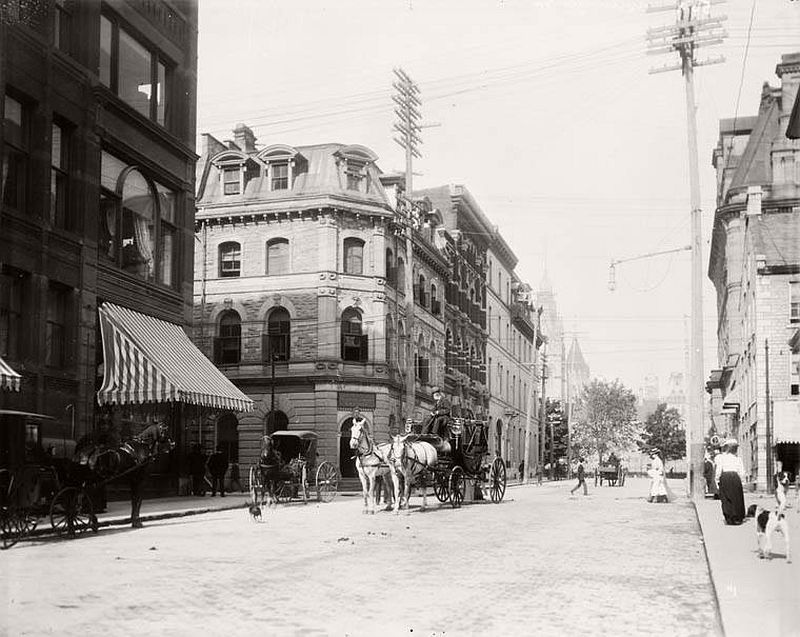