Freed (born 1929, Brooklyn, died 2006, Garrison, New York) was one of the leading photographers of the post-War era. Culled from Freed’s extensive archive, this exhibition presents over 75 vintage black and white prints from six of the photographers most important bodies of work. Freed has been the subject of numerous recent museum exhibitions surveying the six decades of his work, but this is the first exhibition that elucidates in depth Freed’s six earliest and most personal stories. Two examine his Jewish roots, in Brooklyn and in Israel. Two portray blacks in white America, people with whom he identified strongly. Two portray the defeated enemies of the recent World War, as Freed seeks to come to terms with them. The six stories are: the Hasidics of Brooklyn, 1954; Harlem, 1963; Black in White America, 1963-65; Israel, 1962 and 1967; Italy 1956-58; Germany, 1961-66. To each of these stories Freed brought a singular humanist vision, a deep concern for individuals that is both politically sophisticated and morally engaged.

As a young man searching for his mission Freed launched his career in photography in the late 1940s, the era traumatized by a genocidal World War and a planet-threatening Cold War. Freed was at the center of a new photographic ethos developing at the international Magnum photo agency and under the concept of “the concerned photographer.” Freed brought to the collective effort a unique sensibility. His pictures emphasize the particular struggles and triumphs of unique individuals living in traumatized but recovering societies.

“Right from the outset, he was a photographer of ordinary people going about their everyday lives – at home, at work, and in the streets. He has a keen eye for social hierarchies and, in part because of his working class origins; he felt great solidarity with outsiders and the oppressed. From his very earliest photo reportage projects, he explored the relationships between people and their social settings and between individuals. This gave even his earliest photographs an intriguing thematic depth that set them apart.” The Concerned Photographer, 1968, edited by Cornell Capa.

Freed’s early work was published in books that also featured his articulate, hard-hitting texts. Here are some things he said about his early stories: Hasidics in Brooklyn: “Over the years I have tried to understand these people in relationship to myself. I wanted to understand my Jewish roots. Working on the Jews was an explorations of my world, it told me about myself, who I am. I saw the Hasidics in the subway and recognized them, in the sense that I recognized my fathers or my grandfather. I would have been one of these people. That’s how I began to be interested in them.”

Black in White America: “We, he and I, two Americans. We meet silently and part silently. Between us, impregnable and as deadly as the wall behind him, is another wall. It is there on the trolley tracks, it crawls along the cobble stones, across frontiers and oceans, reaching back home, back into our lives and deep into our hearts: dividing us, wherever we meet. I am White and he is Black. For the Negro youth there is now no flight; he is being forced to acknowledge his condition, to take note that he lives as a black in white America. And he is in revolt.”

Israel: “And did you ever hear the stillness after the battle when the charred remains of bodies stink up the insides of stilled tanks? It’s a sort of noisy silence – a kind of rattling silence – the rattling within one’s own skull, one’s own cindered brain.”

Italy: “Memories of Italians and their generosity come to mind: Once while walking along a mountain ridge I stopped to observe some a valley filled with farmers celebrating on their patio. When they saw me standing there, against the light of the sky, they immediately called me to come down and join them. It was a birthday party and I spend the afternoon photographing and celebrating with them. There is an Italian saying, ‘When you sit at my table you are a member of the family.’”

Germany: “With my camera I climb over the perspiring human surfaces and view the cavities, the molars. The roar of the voices sounds like the great Niagara Falls pounding the earth’s surface. And as man wants to know nature’s language, so I want to know this German sea.” 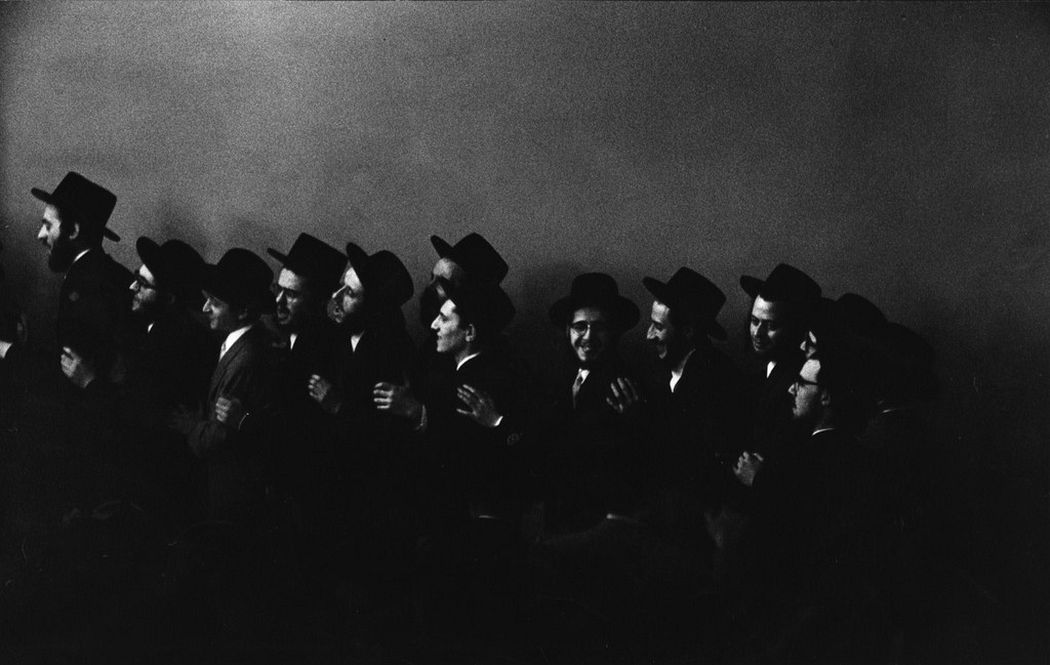 Hasidic Wedding, the Men Dance in One Room, the Women in Another, 1954 © Leonard Freed/Magnum Photos 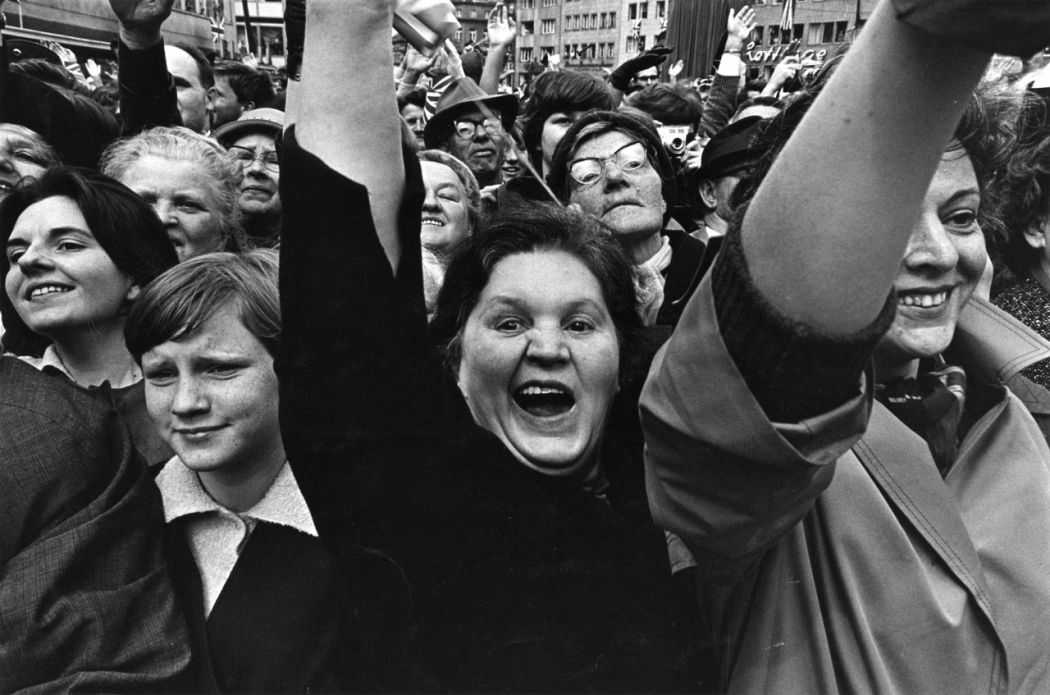 With my camera I climb over the perspiring human surfaces and view the cavities, the molars. The roar of the voices sounds like the great Niagara Falls pounding the earth’s surface. And as man wants to know nature’s language, so I want to know this German sea, Bonn, West Germany, 1965 © Leonard Freed/Magnum Photos 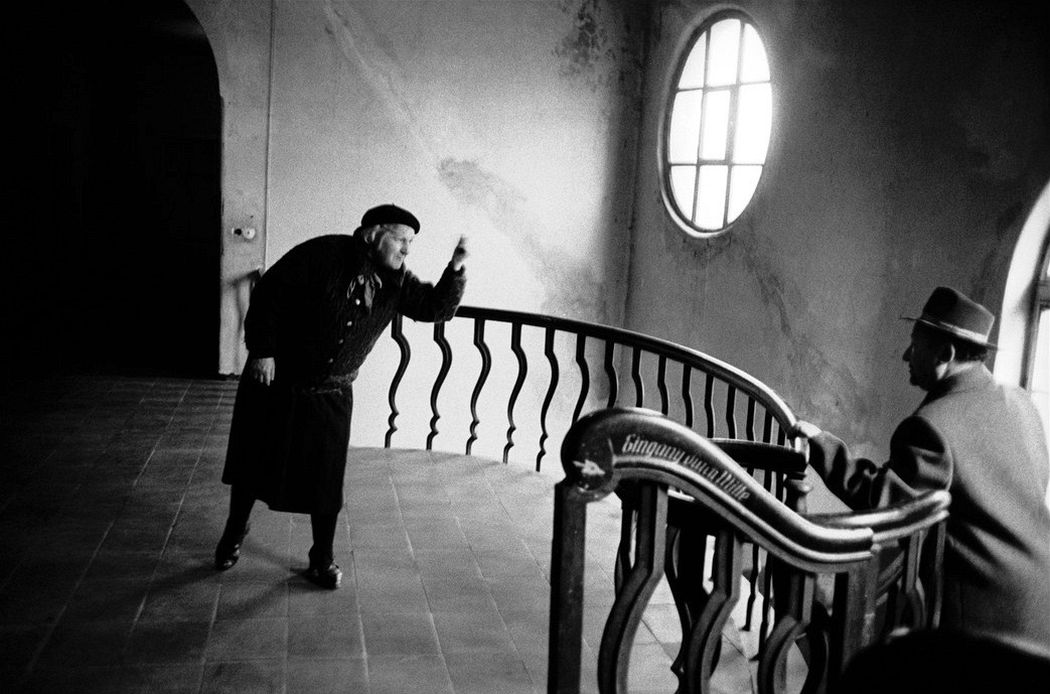 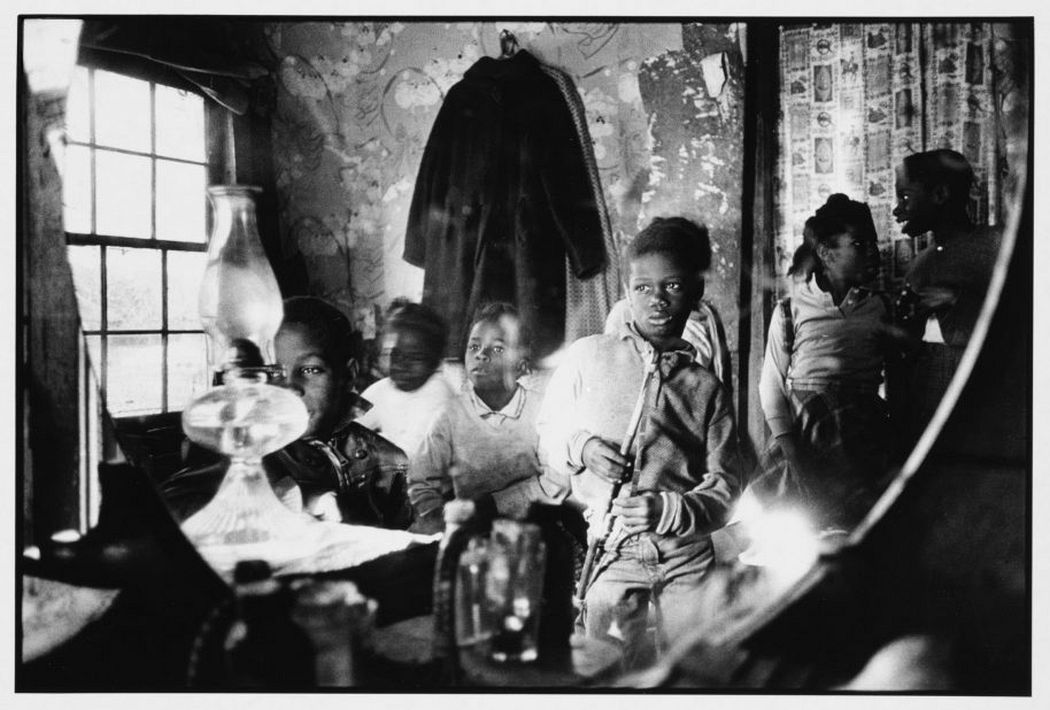 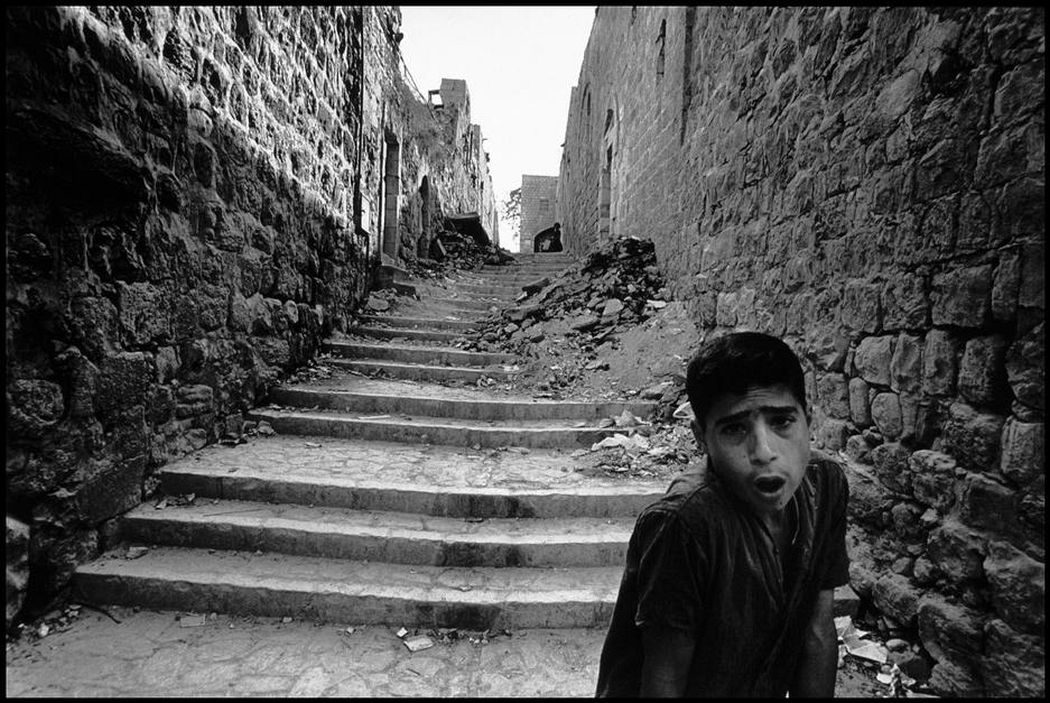