The decade of the 1880s was one of extraordinary growth, when consumer confidence, easy access to credit, and steep increases in the price of land, led to an enormous amount of construction. This ‘land boom’ was followed by a severe economic crash in the early 1890s which lasted until the end of the century. During the boom, Melbourne had reputedly become the richest city in the world, and the largest after London in the British Empire.

The decade began with the Melbourne International Exhibition in 1880, held in the large purpose-built Exhibition Building. In 1880 a telephone exchange was established and in the same year the foundations of St Paul’s, were laid; in 1881 electric light was installed in the Eastern Market, and in the following year a generating station capable of supplying 2,000 incandescent lamps was in operation. In 1885 the first line of the Melbourne cable tramway system was built, becoming one of the worlds most extensive systems by 1890. 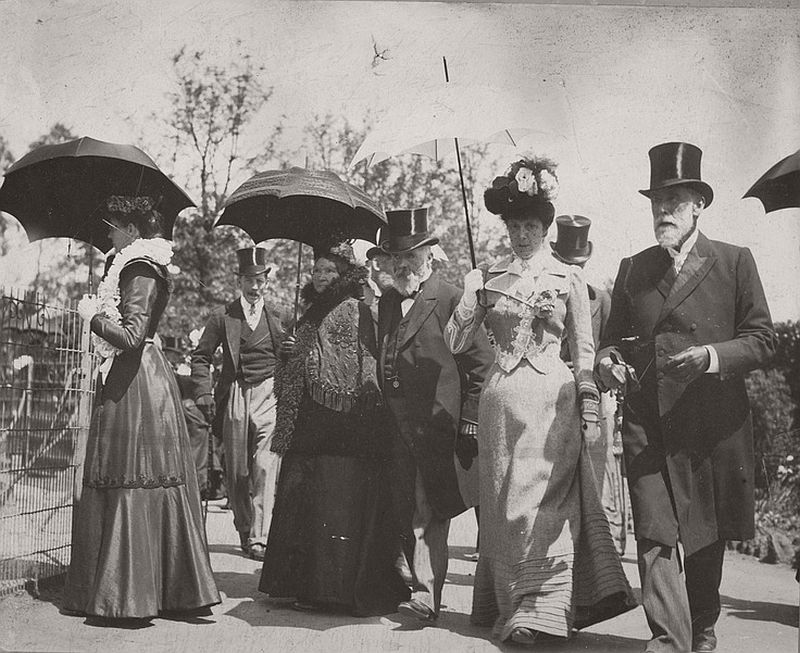 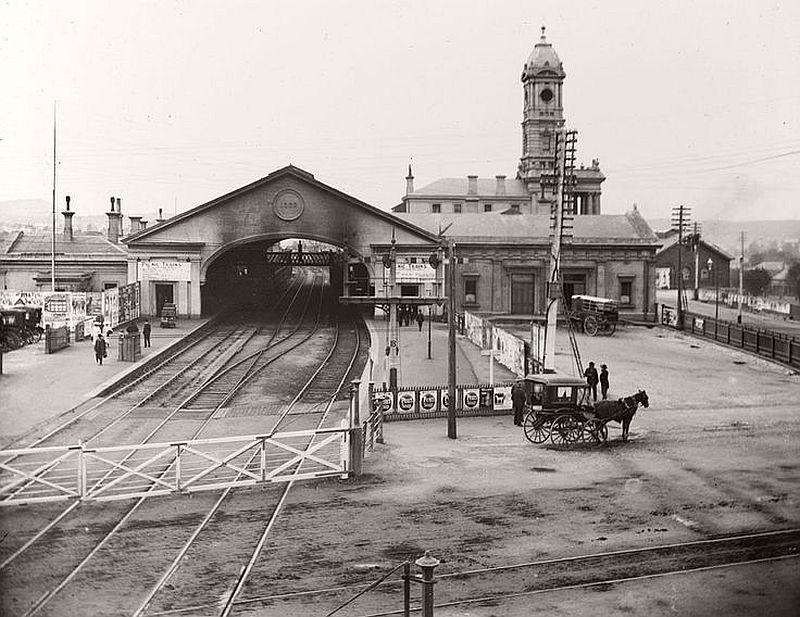 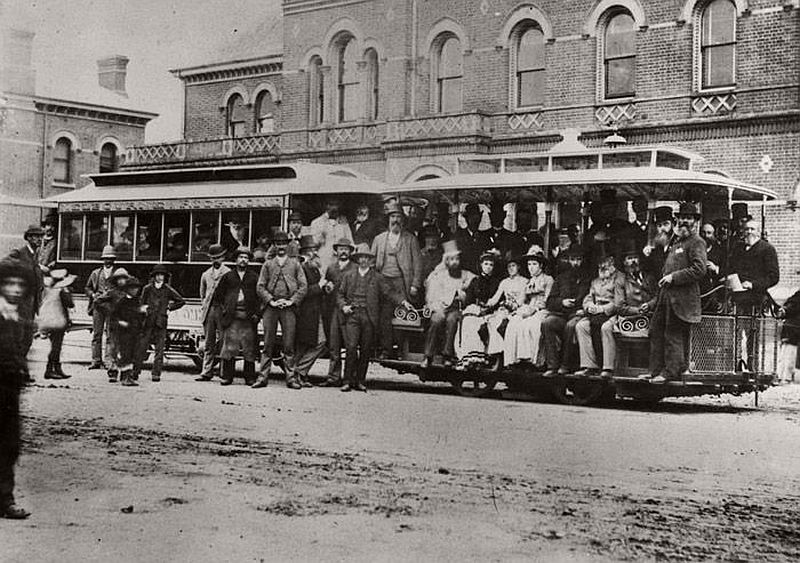 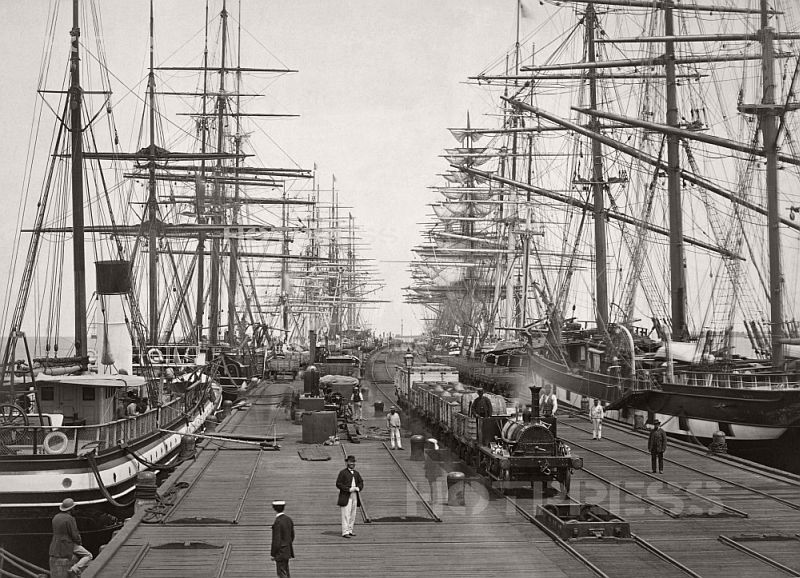 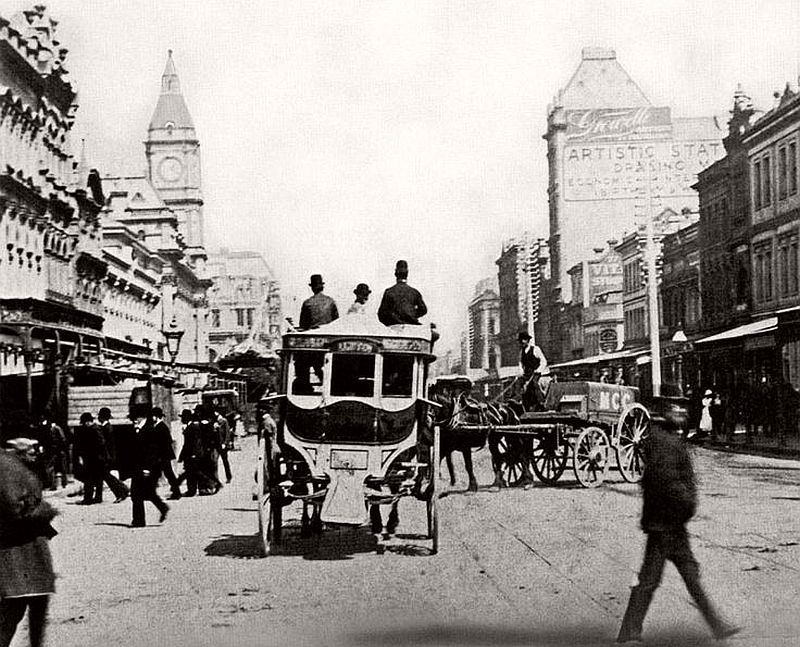 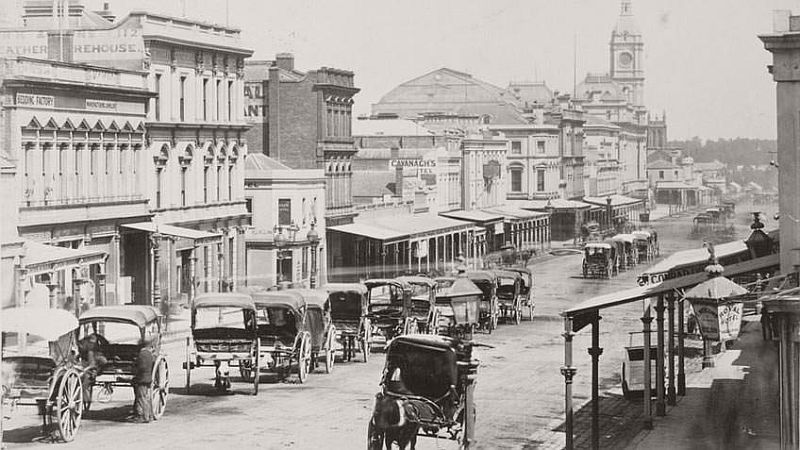 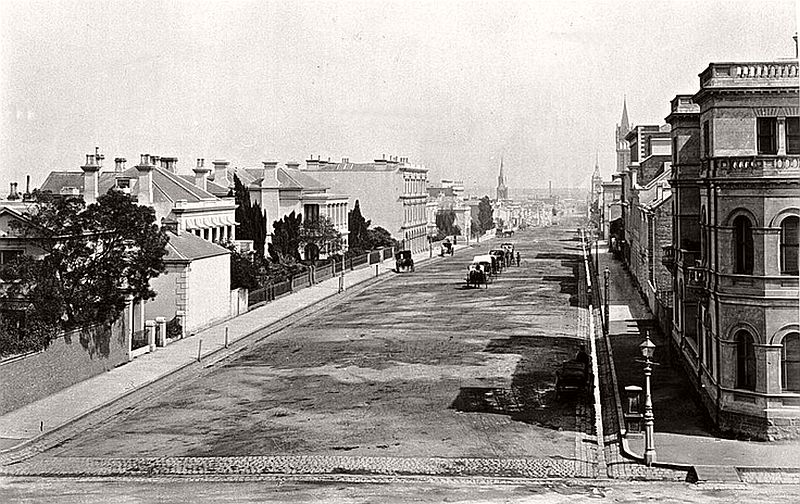 The eastern end of Collins Street from the Treasury Building, ca. 1880s 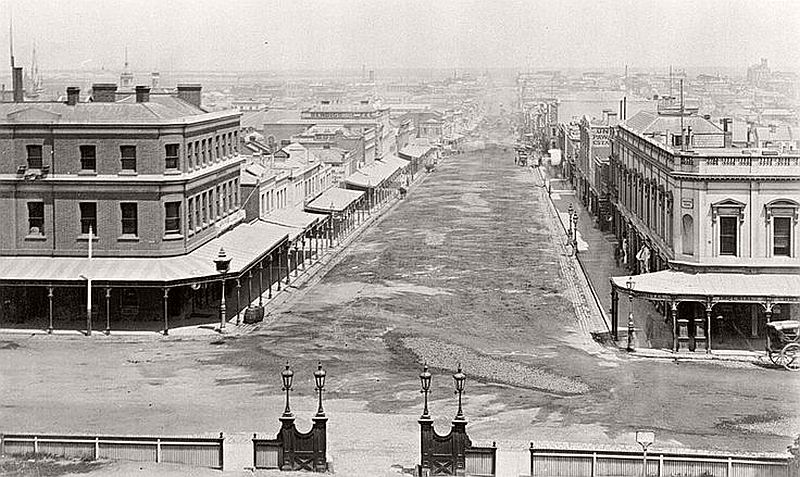 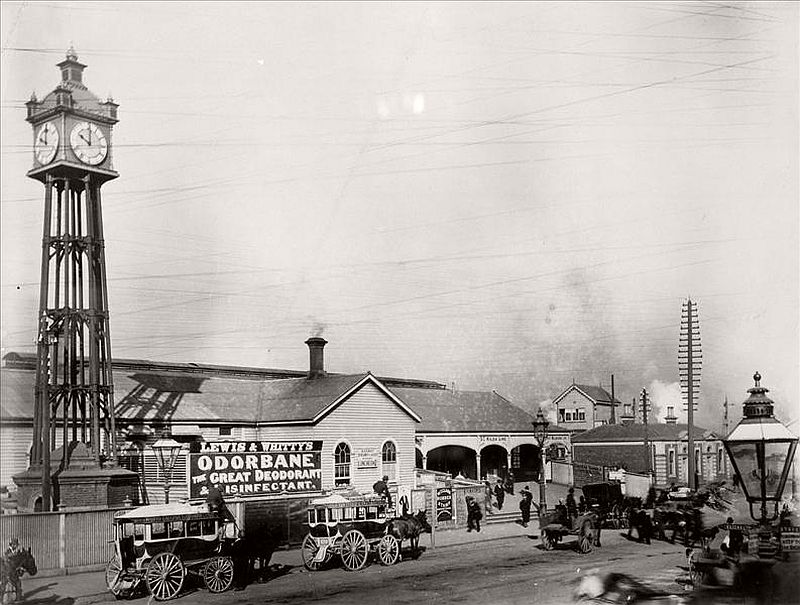 The Melbourne Terminus in the mid 1800s 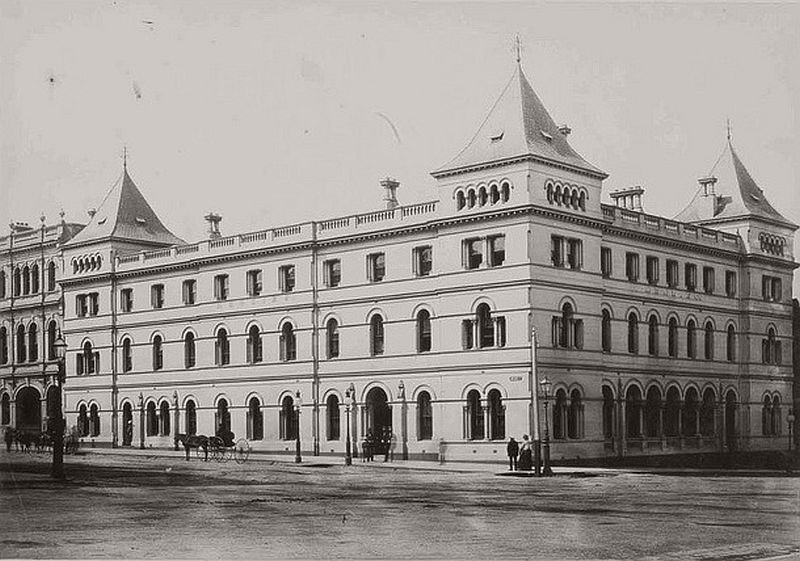 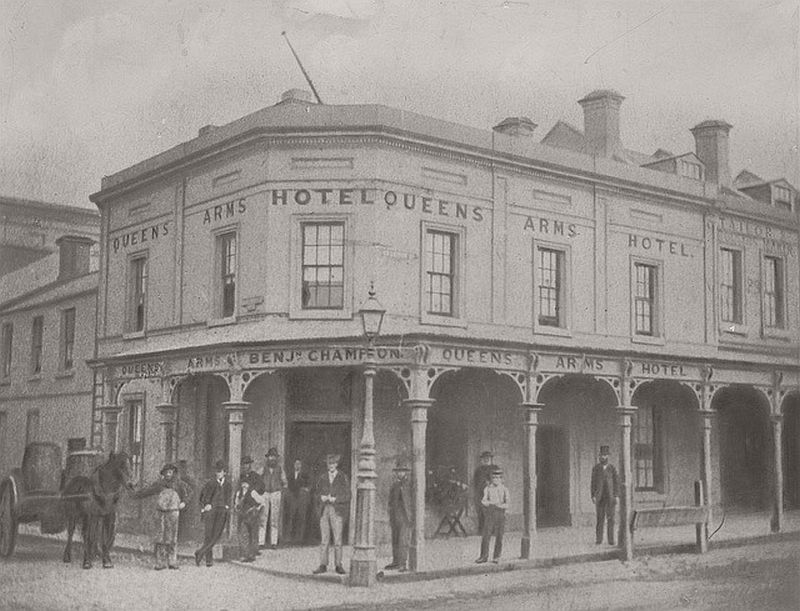 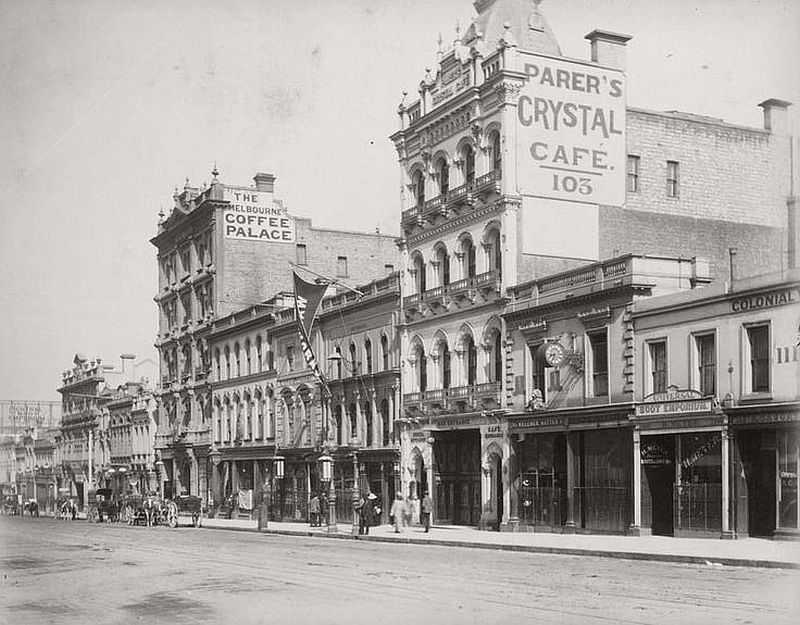 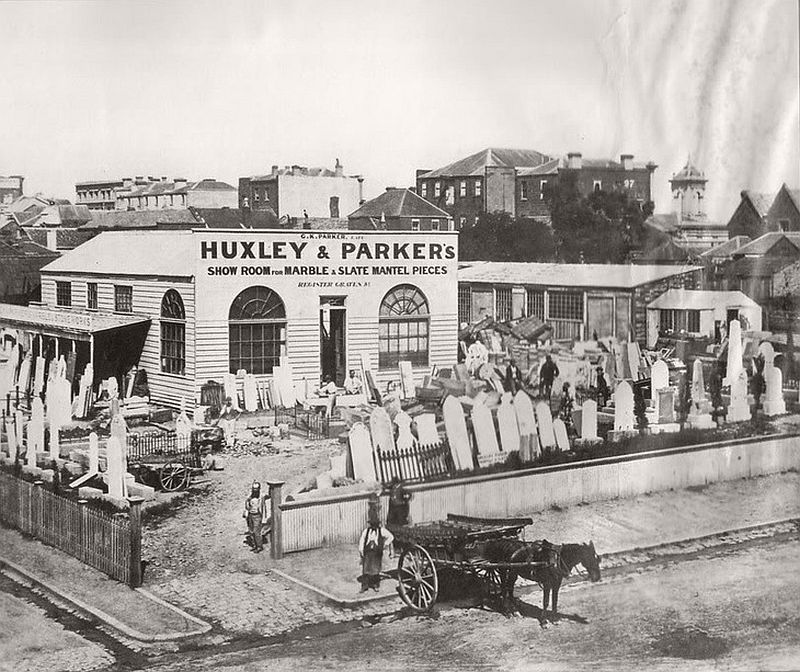 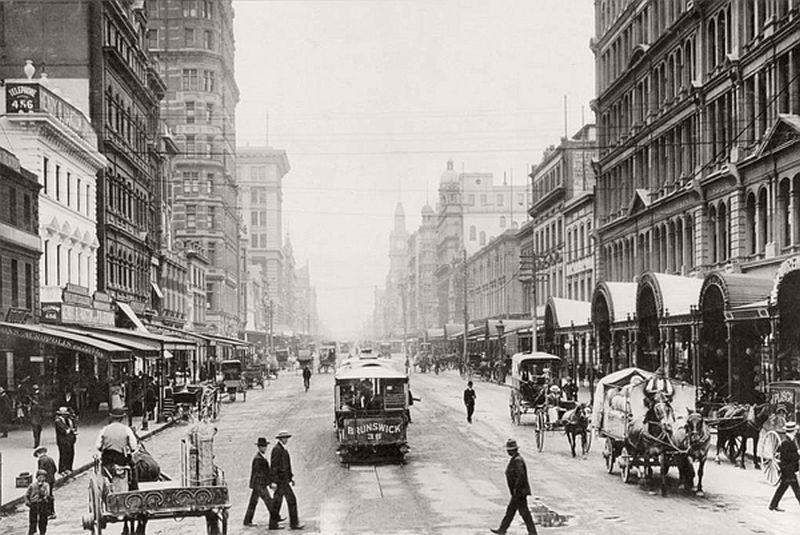 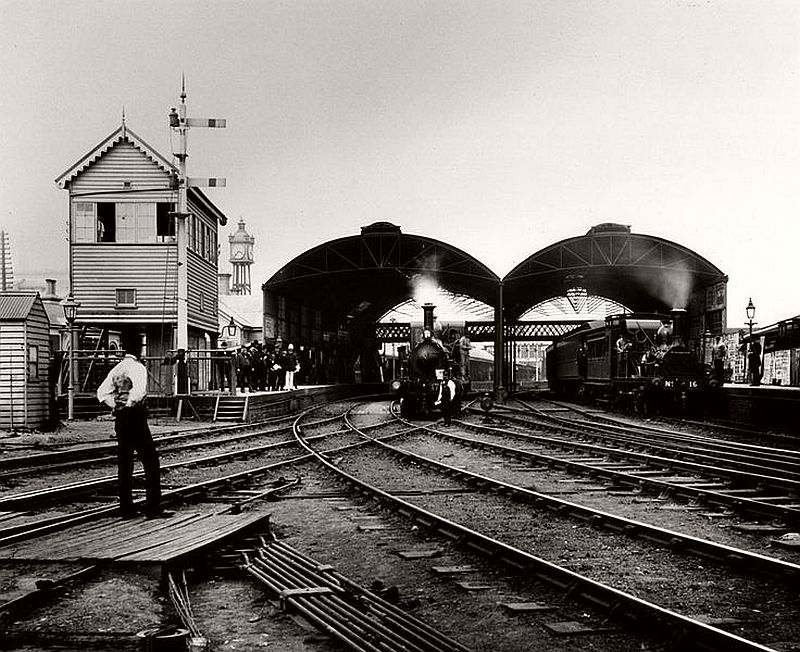 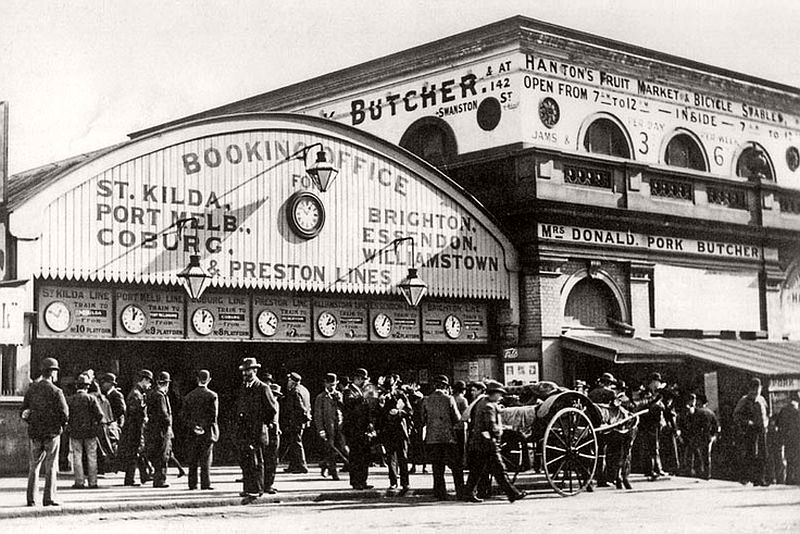 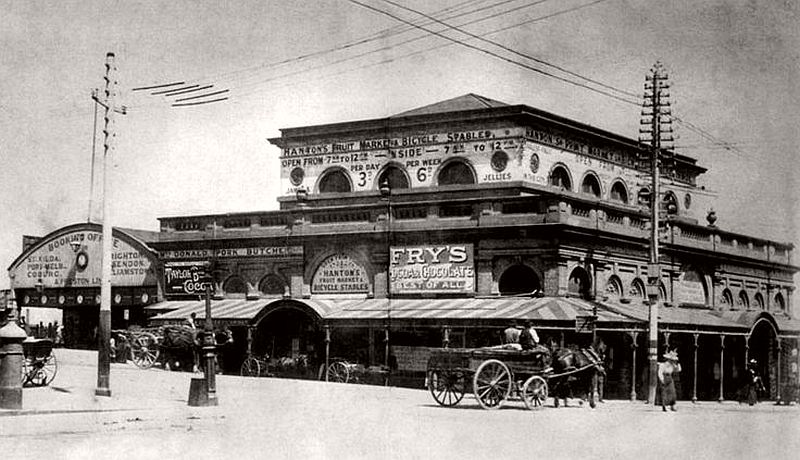 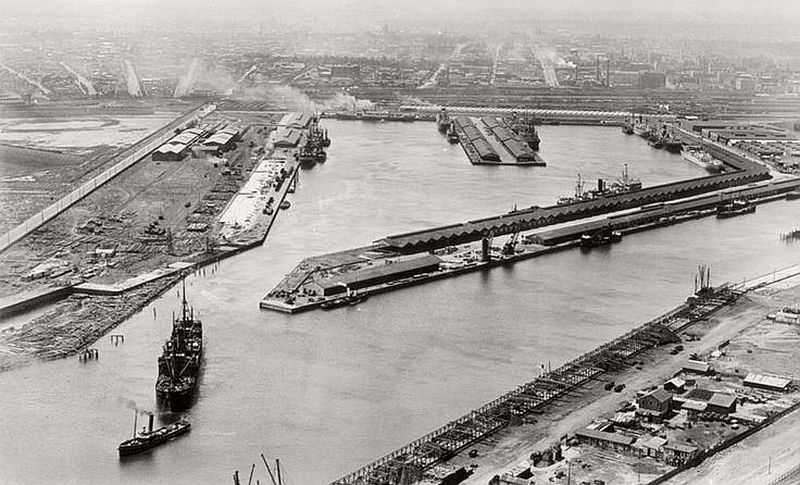 Melbourne Docklands in the 1800s