The conflagration began at 7:20 p.m. on November 9, 1872, in the basement of a commercial warehouse at 83-87 Summer Street. The fire was finally contained 12 hours later, after it had consumed about 65 acres (26 ha) of Boston’s downtown, 776 buildings and much of the financial district, and caused $73.5 million in damage. Despite these devastations, only thirteen people died in the inferno.

Photographic panorama of the ‘Burnt District’ of Boston, after the Great Fire, November 9, 10, 1872 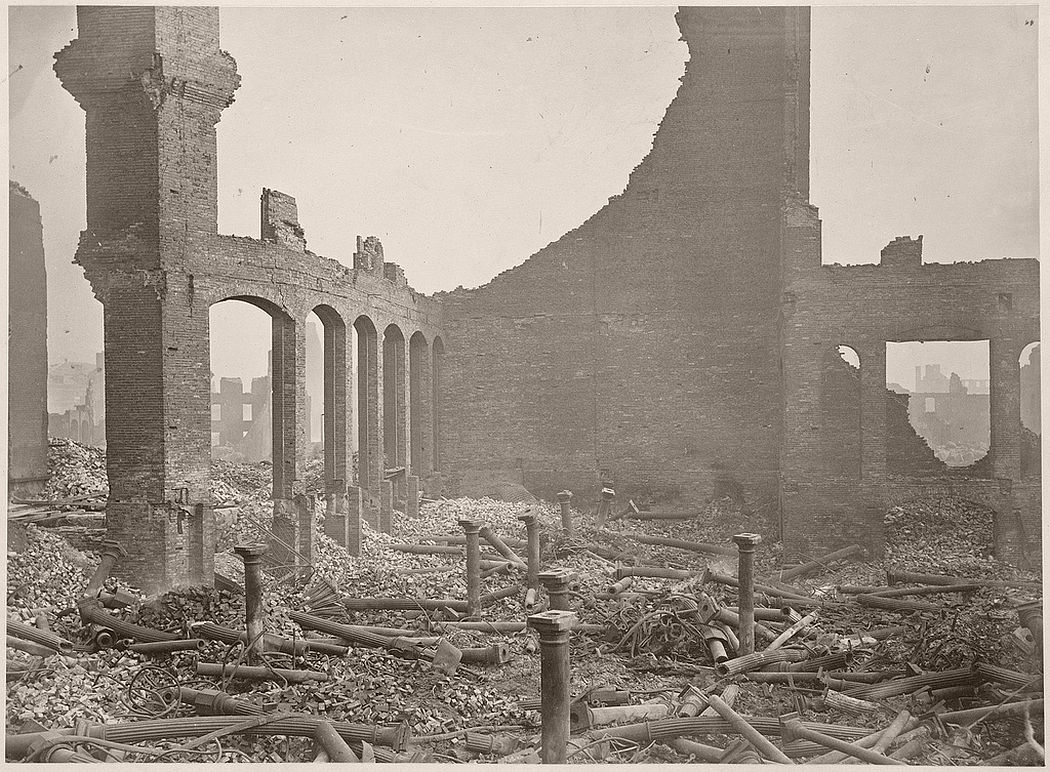 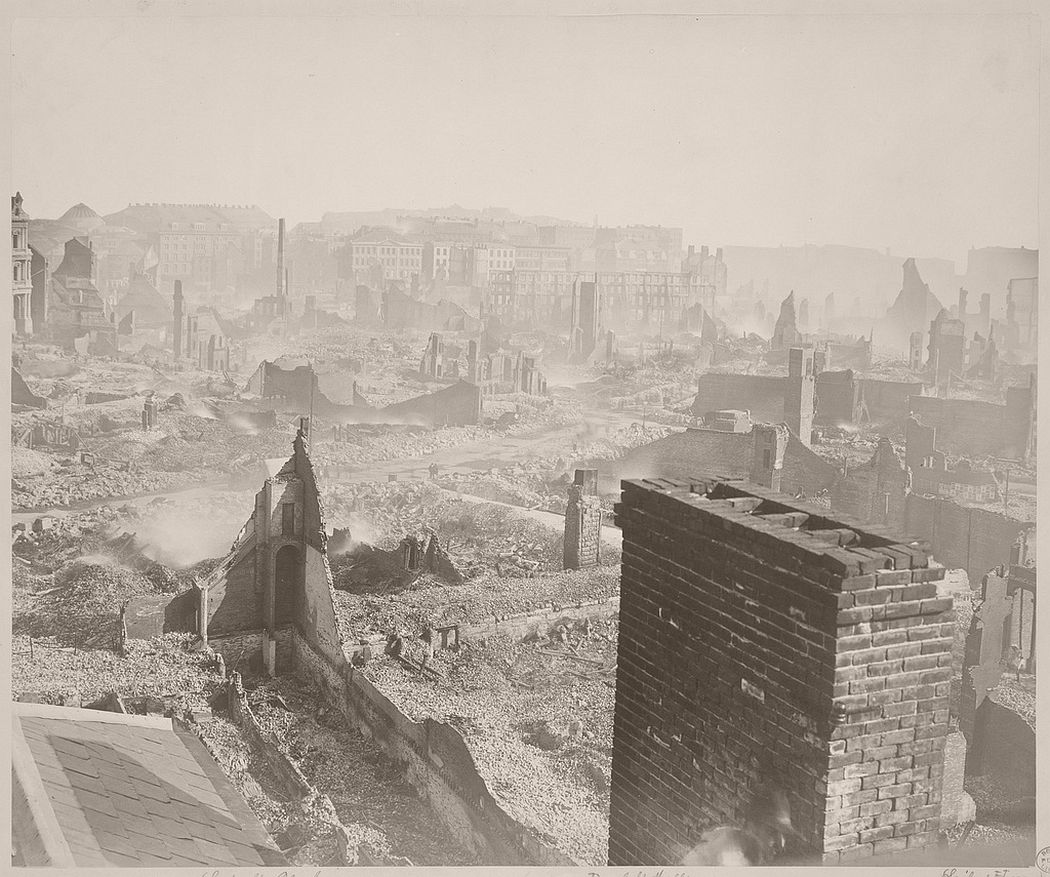 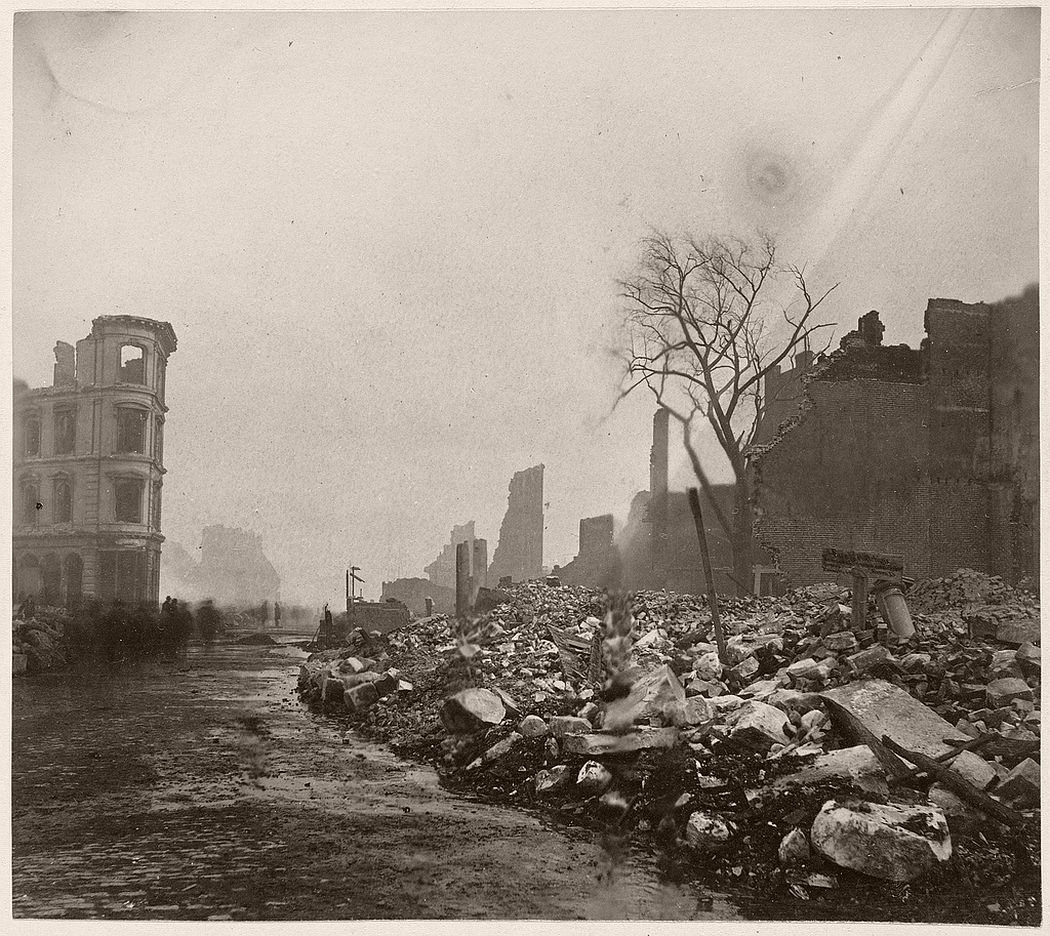 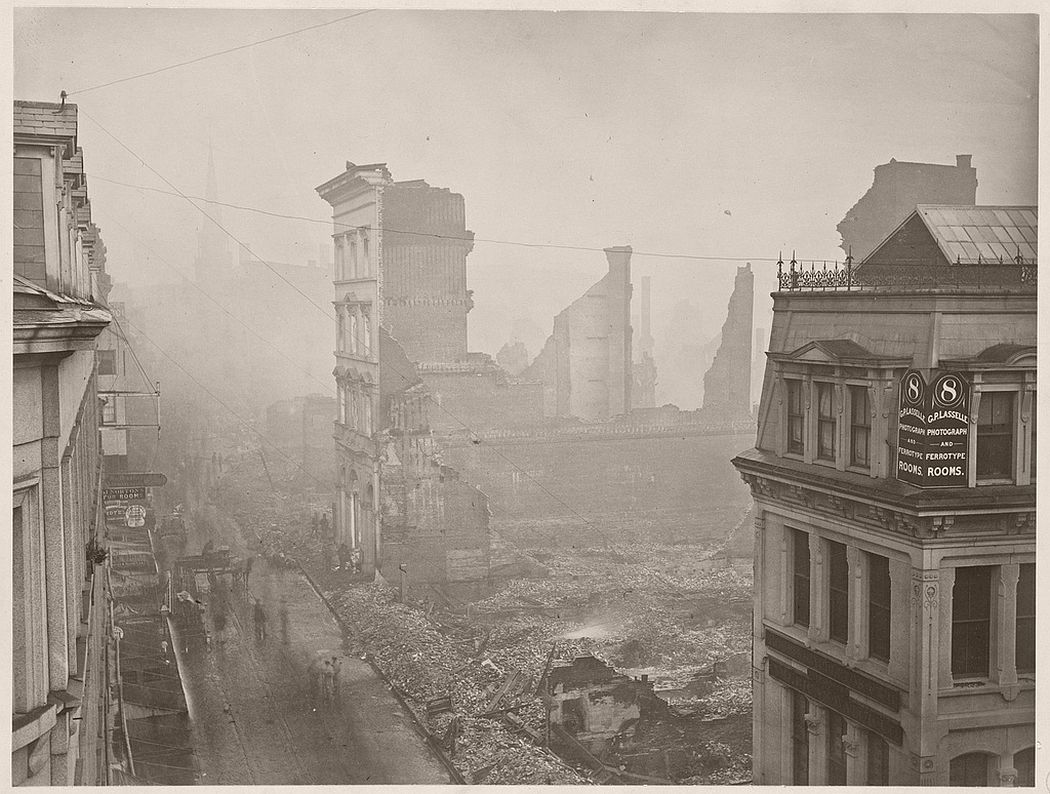 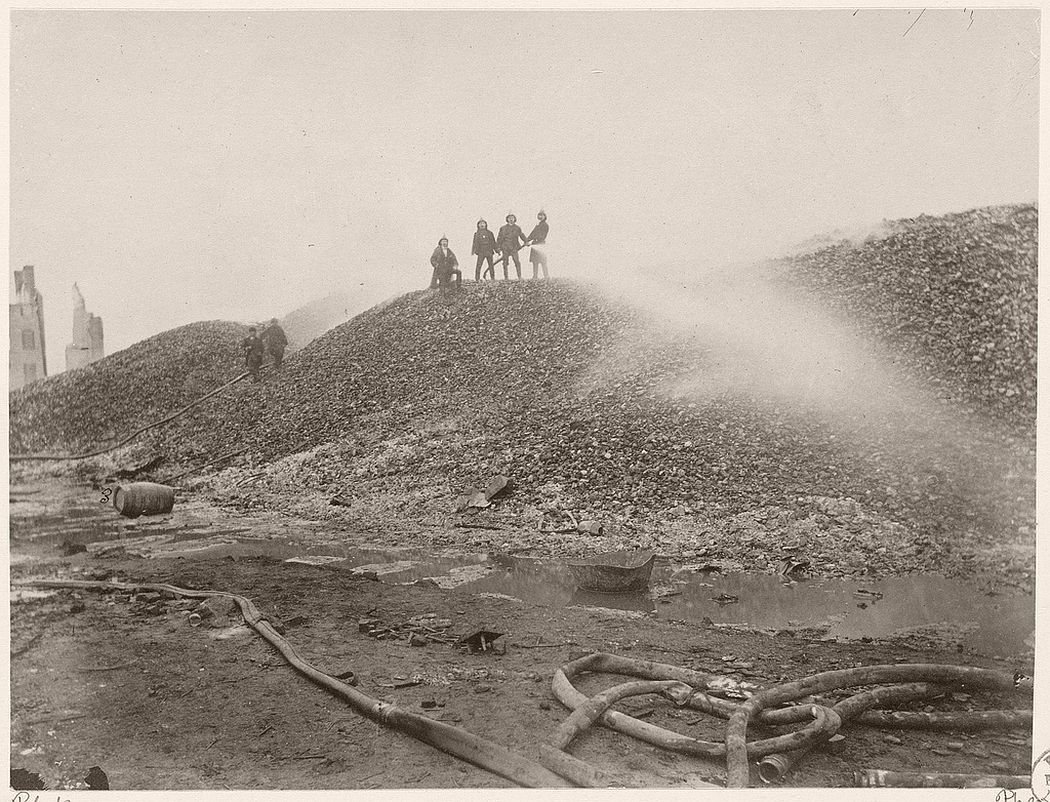 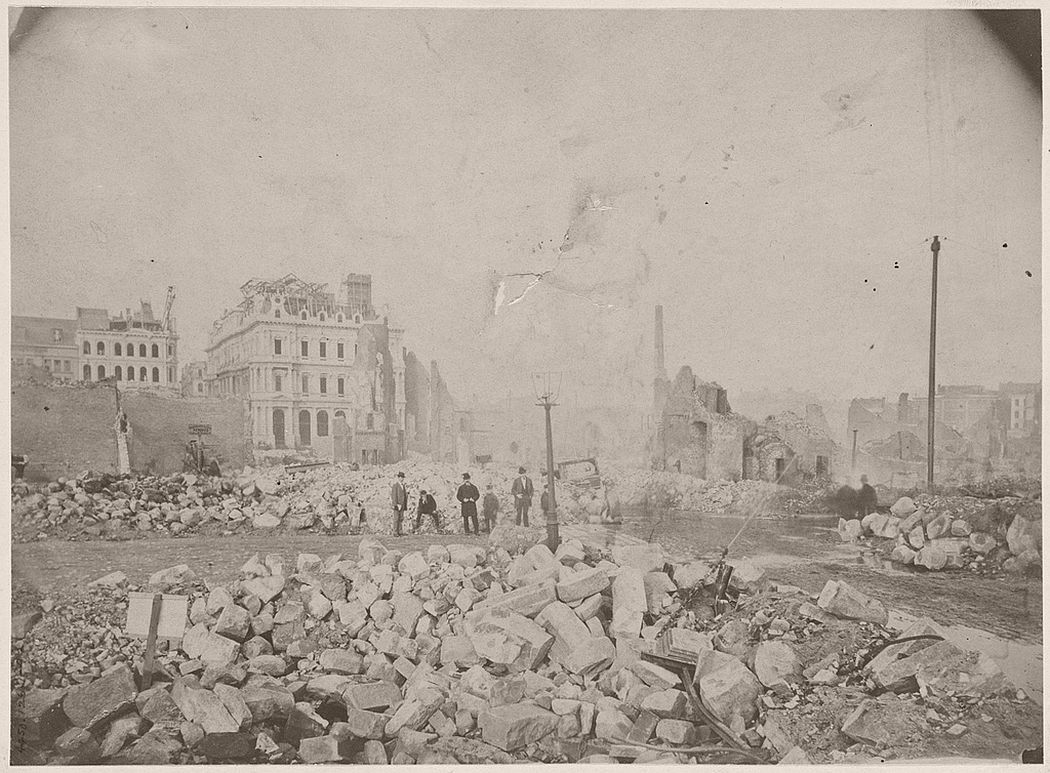 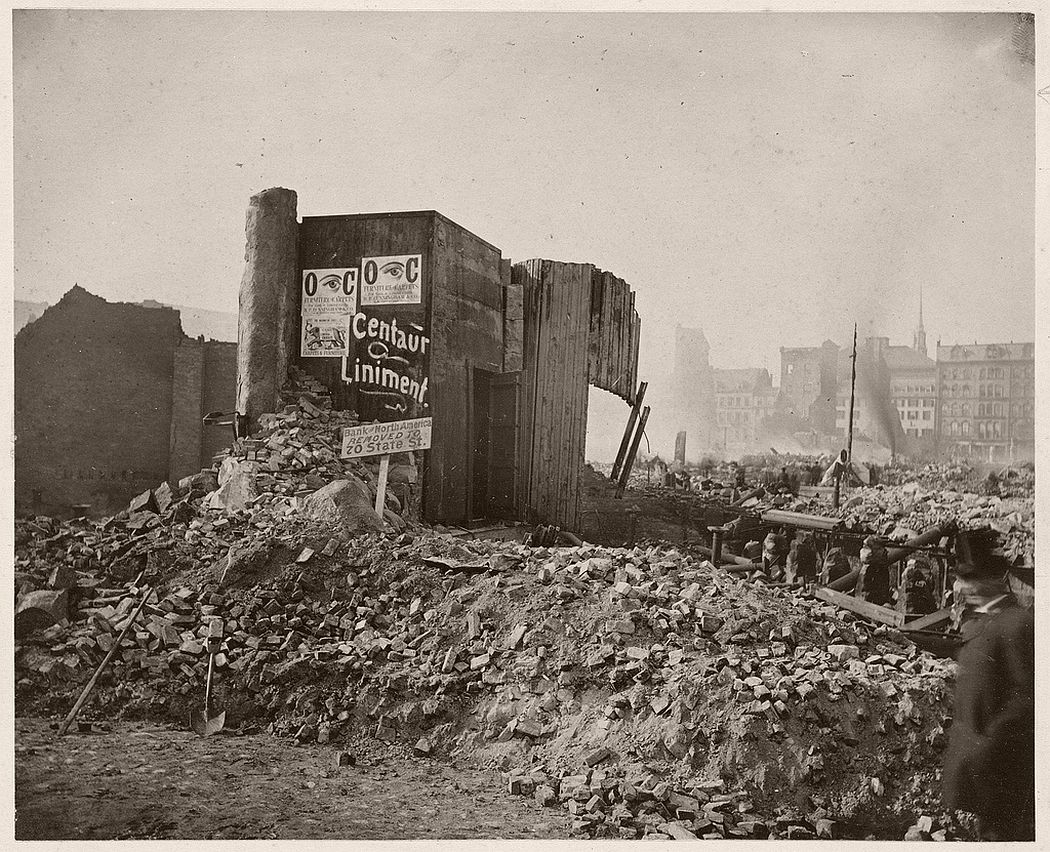 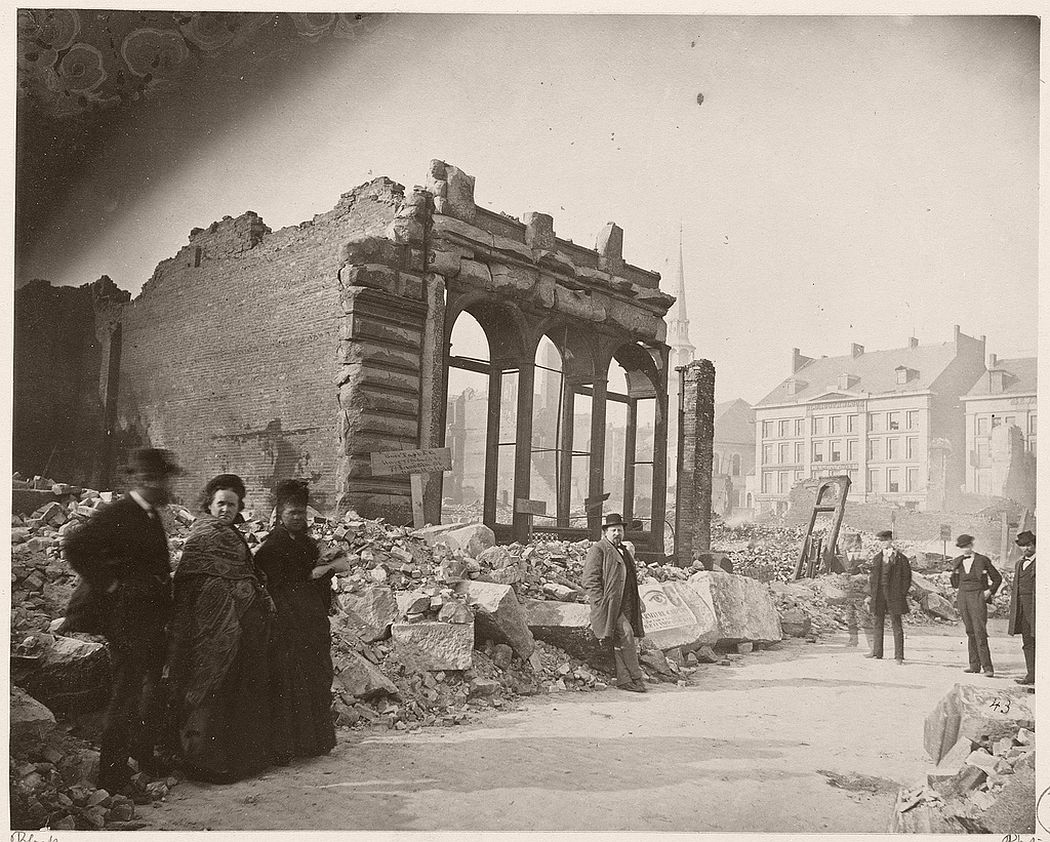 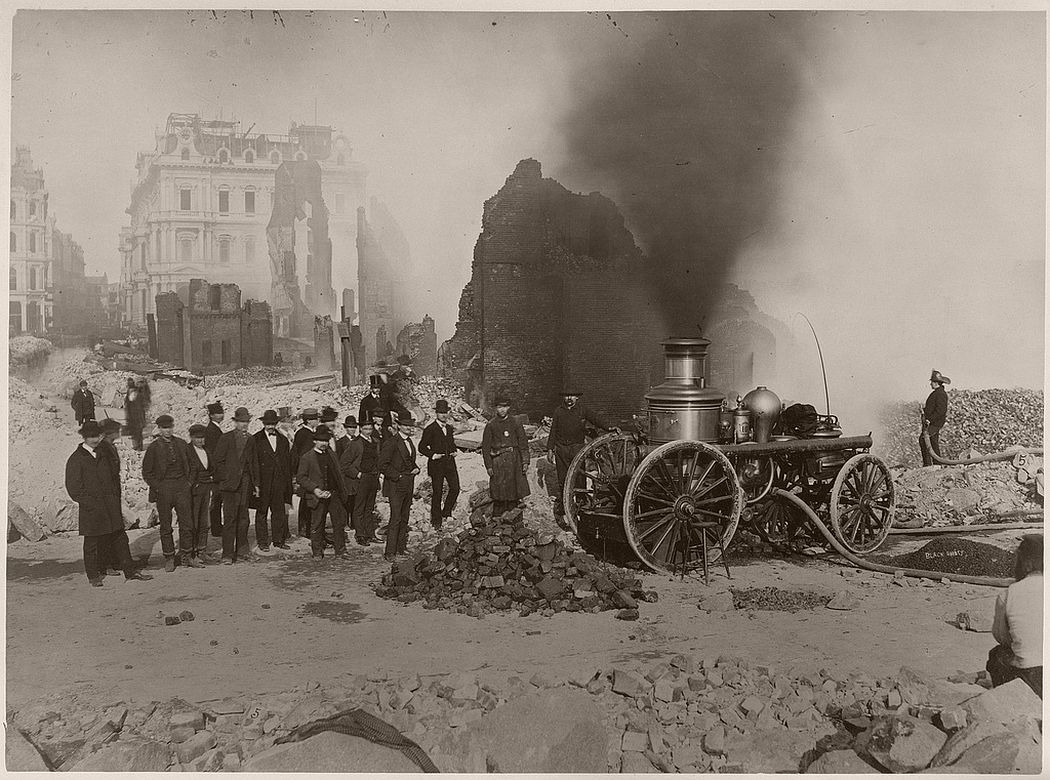 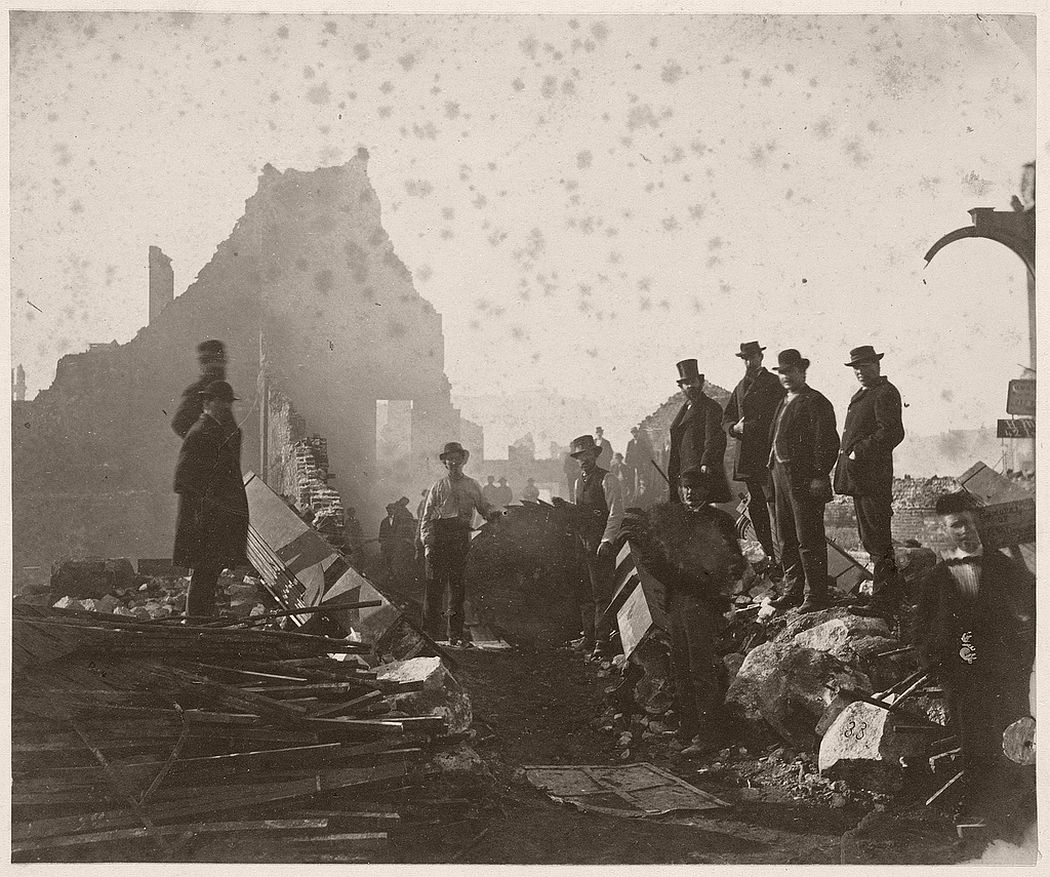 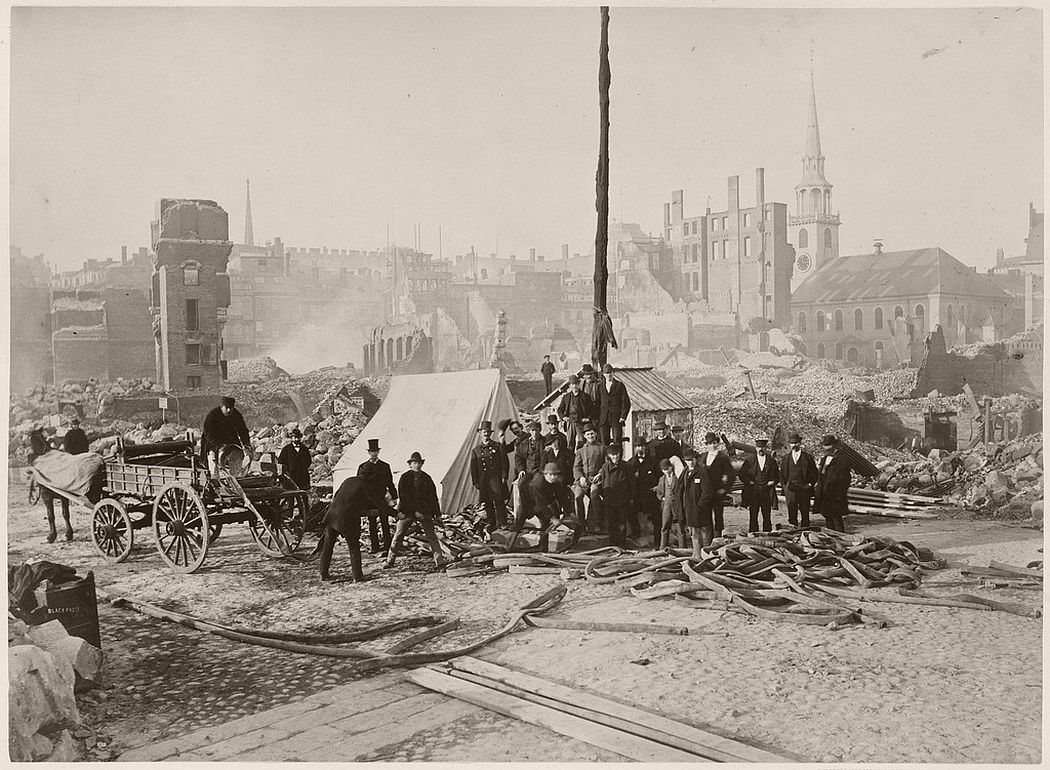 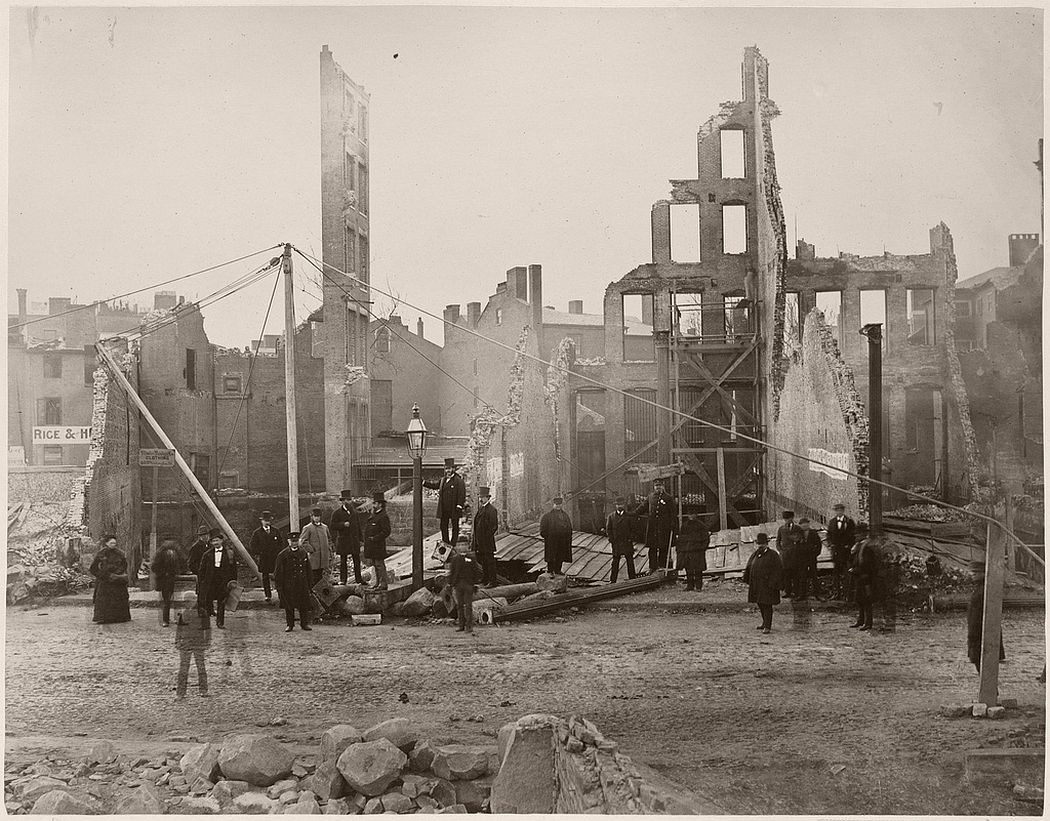 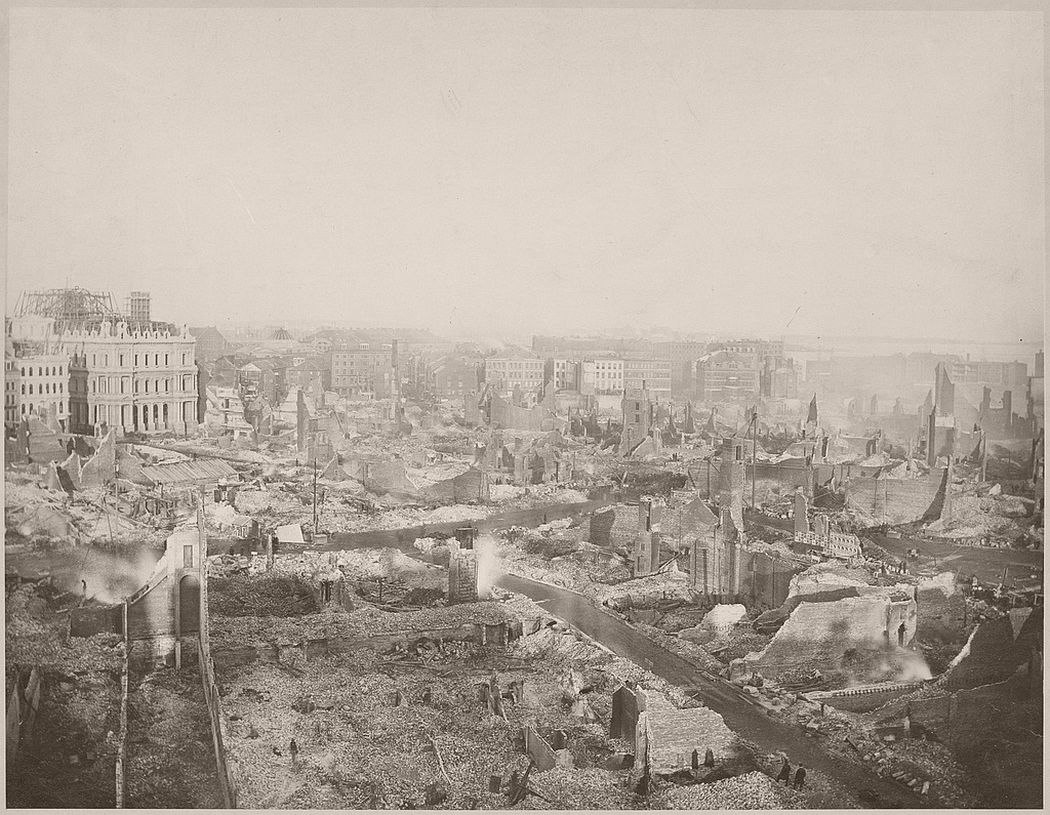 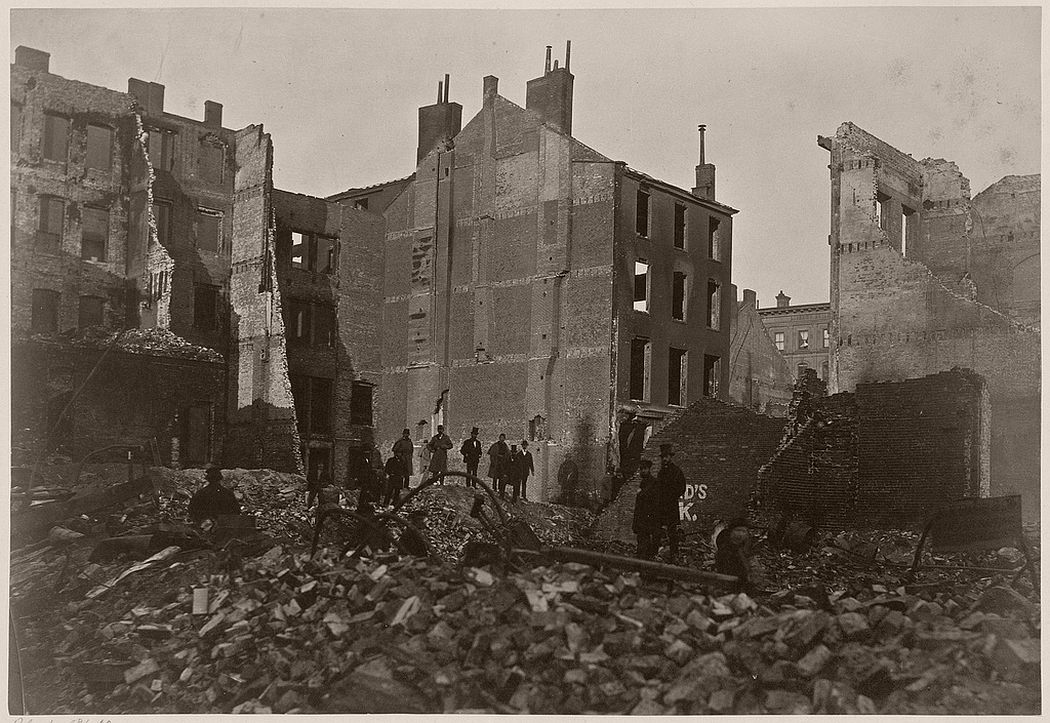 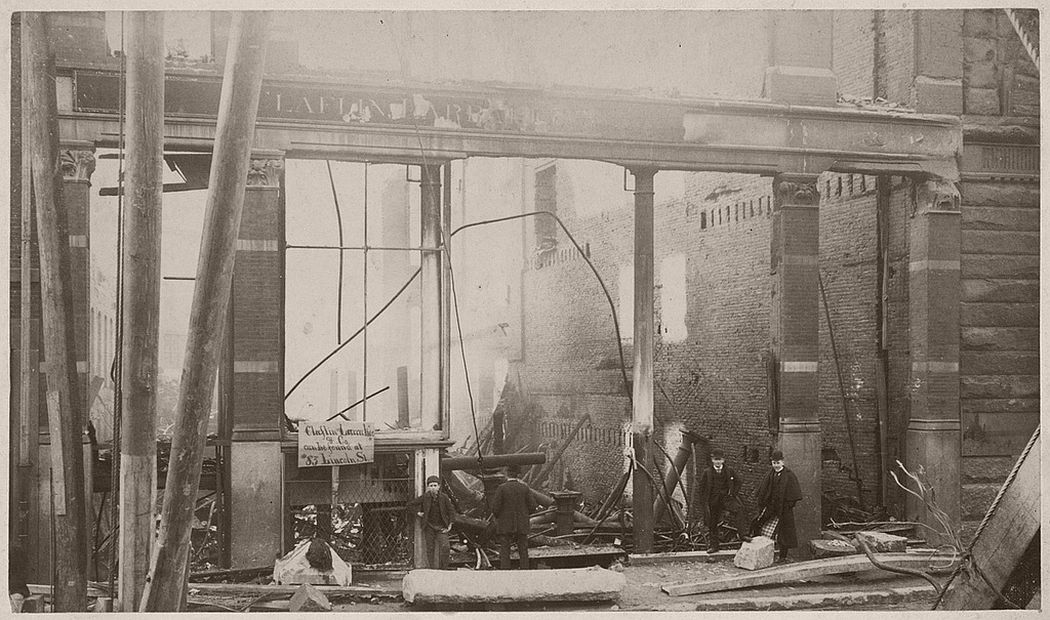 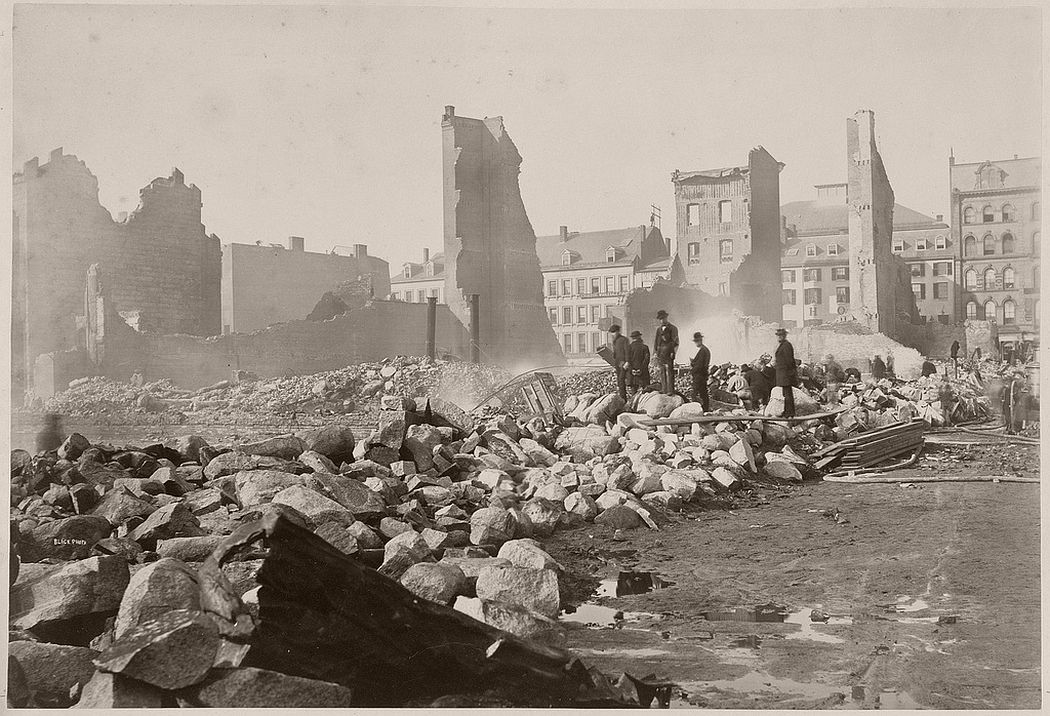