Home › News › Rediscovering an American Community of Color: The Photographs of William Bullard

Itinerant photographer William Bullard left behind a trove of over 5,400 glass negatives at the time of his death in 1918. Among these negatives are over 230 portraits of African Americans and Native Americans mostly from the Beaver Brook community in Worcester, Massachusetts. Rediscovering an American Community of Color features eighty of these unprinted and heretofore unpublished photographs that otherwise may have been lost to history. Bullard identified over 80% of his sitters in his logbook, making this collection especially rare among extant photographic collections of people of color taken before World War I and enables this exhibition to tell specific stories about individuals and recreate a more accurate historical context. Moreover, Bullard’s portraits examine the role of photography as the vehicle for a “new Black identity” during the nascent years of the New Negro movement. Offering a photographic narrative of migration and resettlement in the aftermath of Emancipation and Reconstruction, Bullard’s portraits address larger themes involving race in American history, many of which remain relevant today, notably, the story of people of color claiming their rightful place in society as well as the fundamentally American story of migration, immigration, and the creation of a community in new surroundings.

Rediscovering an American Community of Color
The Photographs of William Bullard
October 14, 2017 – February 25, 2018 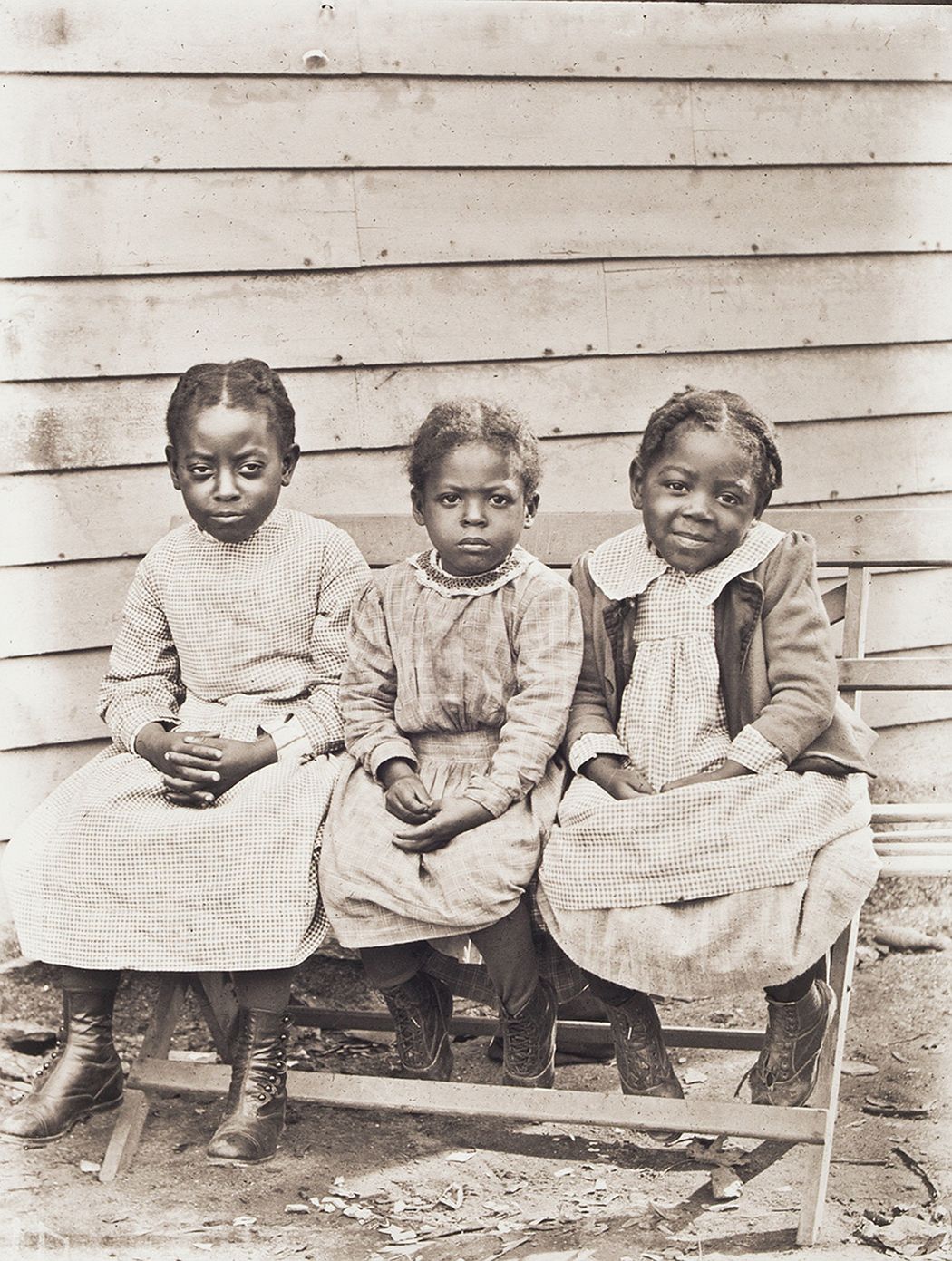 Portrait of Lillian, Cora and Luvenia Ward, about 1900, printed 2016, archival inkjet print, E.132.16.62 Lillian, Luvenia, and Cora Ward were the daughters of former slaves William H. and Arries Ann Ward, from eastern North Carolina. After defending his wife from an attempted rape by a white man, William fled north to Pomfret, Connecticut, where Arries Ann joined him in 1889. They subsequently moved to Worcester and parented eleven children. 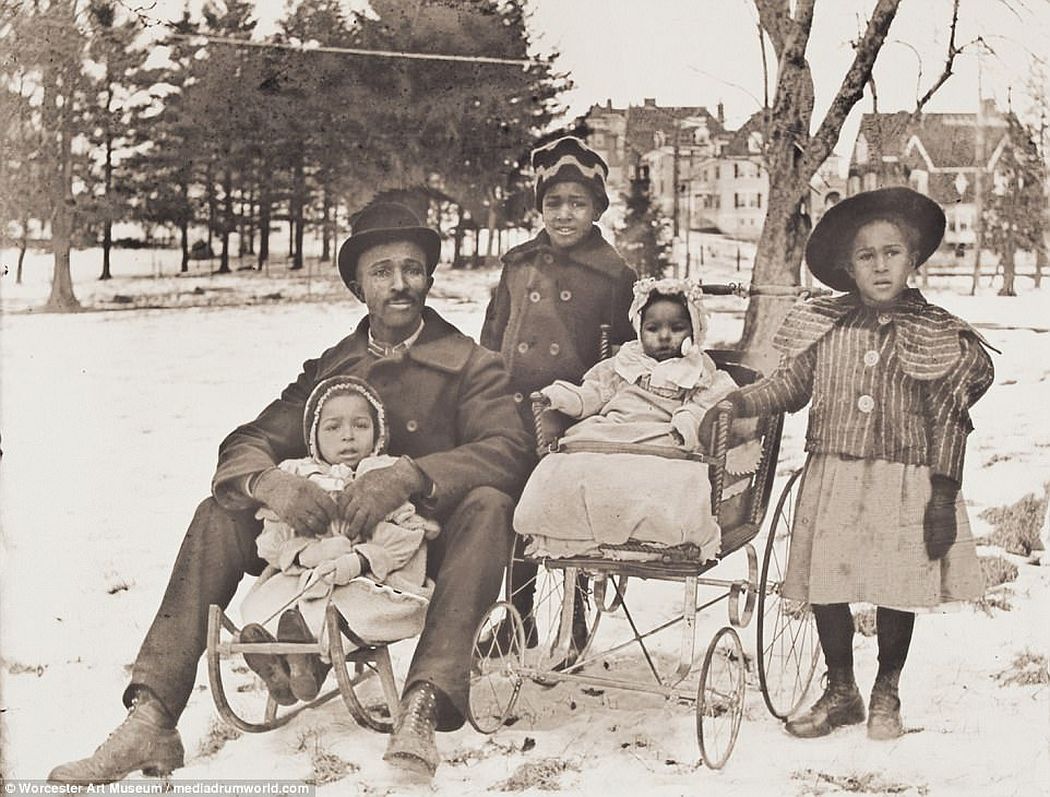 Raymond Schuyler with his Children,, about 1904, printed 2016, archival inkjet print, E.132.16.75 A native of Troy, New York, Raymond Schuyler migrated to Worcester in 1887 to work for the Worcester Wire Works and later worked for the Boston and Maine Railroad. Active in the Masons and Knights of Pythias, Schuyler was the oldest member of the Worcester Chapter of the NAACP when he died in 1956. Mrs. Rose Schuyler, not pictured, migrated from Vergennes, Vermont. 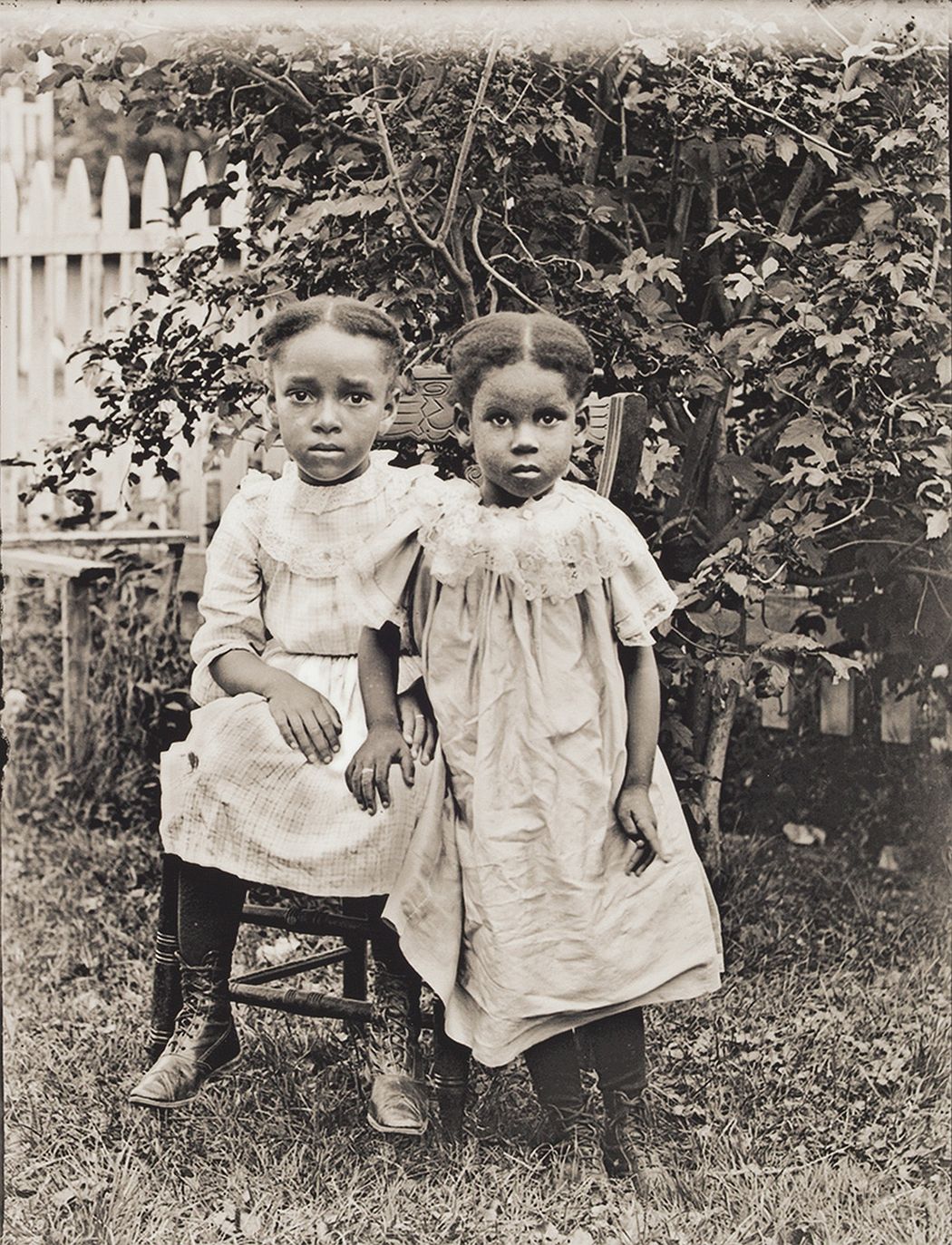 Portrait of the Jackson Children, about 1900, printed 2016, archival inkjet print, E.132.16.9 These girls were probably the grandchildren of former Virginia slave Bethany Veney, who authored a narrative of her life in slavery. Veney owned three houses in Worcester’s Beaver Brook neighborhood and encouraged the migration of additional Virginia family members to the city. Unique among Bullard’s photographs, the Jackson girls are in wrinkled dresses unlike his other portraits typically featuring subjects in more formal attire. 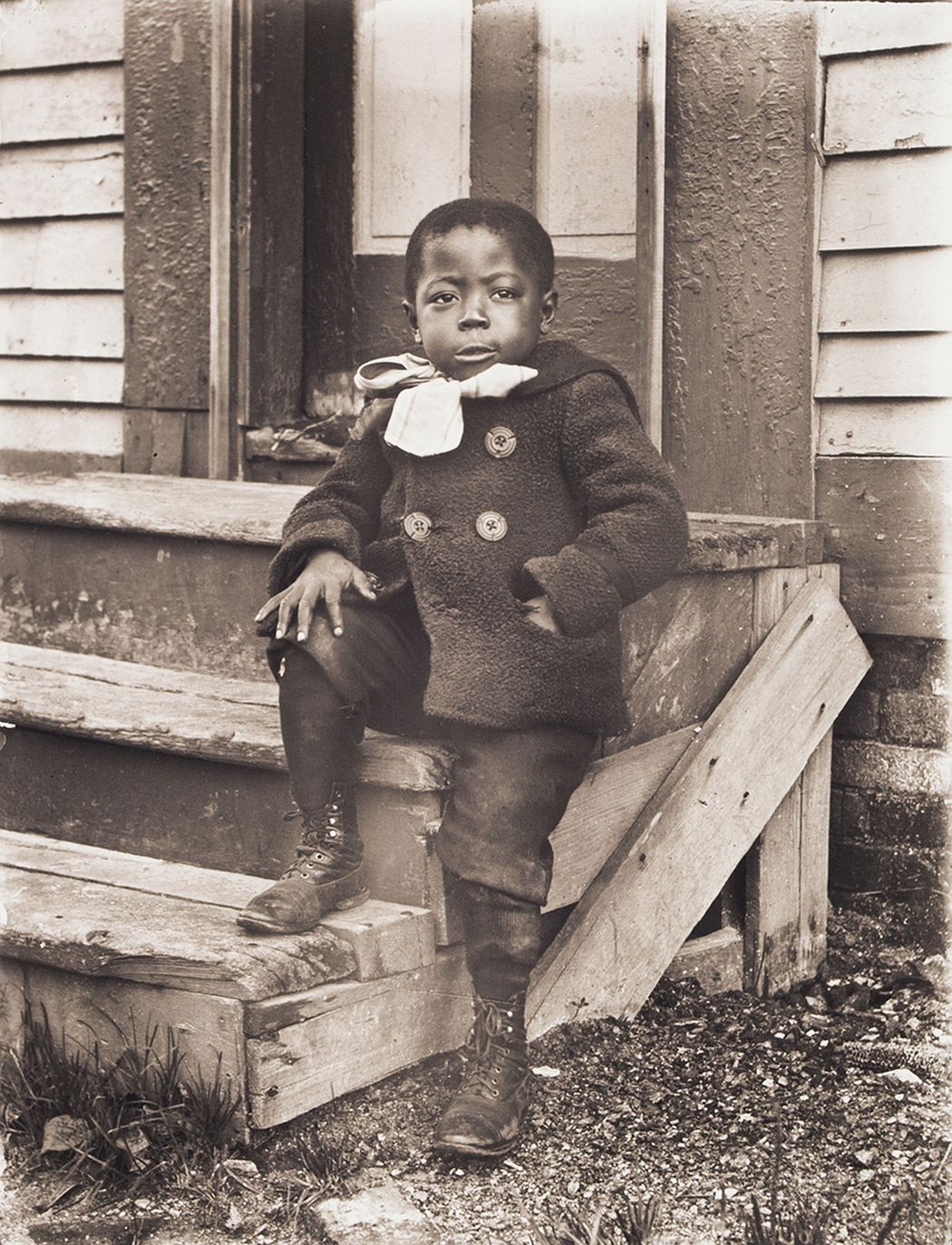 Portrait of Ralph Mendis on a Stoop, about 1902, printed 2016, archival inkjet print, E.132.16.8 Ralph Mendis was born in 1897 and is seen here at approximately age 5. His mother Francis was part of the New Bern, North Carolina, migration of blacks to Worcester, Massachusetts. His father was one of a handful of Jamaican immigrants who resided in the city. Rhode Island records from 1906 indicate that Ralph died as a child, though the cause is unknown. 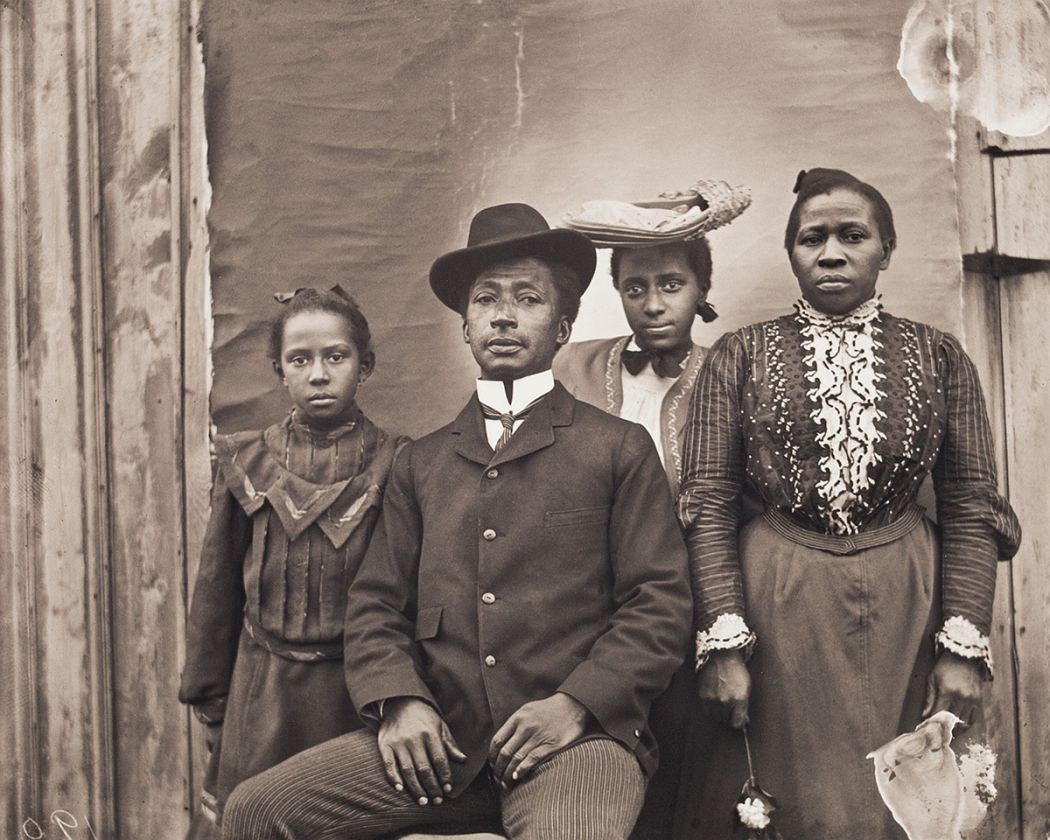 Portrait of James J. and Jennie Bradley Johnson Family,, 1900, printed 2016, archival inkjet print, E.132.16.10 James J. Johnson, of Nipmuc and African American descent, and Charleston, South Carolina, migrant Jennie Bradley, pose with their daughters, Jennie and May (below). James worked as a coachman and belonged to the King David Masonic Lodge. James died soon after this portrait was taken. Jennie later worked as a laundress.