Dublin, unlike Belfast in the north, did not experience the full effect of the industrial revolution and as a result, the number of unskilled unemployed was always high in the city. Industries like the Guinness brewery, Jameson Distillery, and Jacob’s biscuit factory provided the most stable employment. New working class suburbs grew up in Kilmainham and Inchicore around them. Another major employer was the Dublin Tramways system, run by a private company – the Dublin United Tramway Company.c By 1900 Belfast had a larger population than Dublin, though it is smaller today. 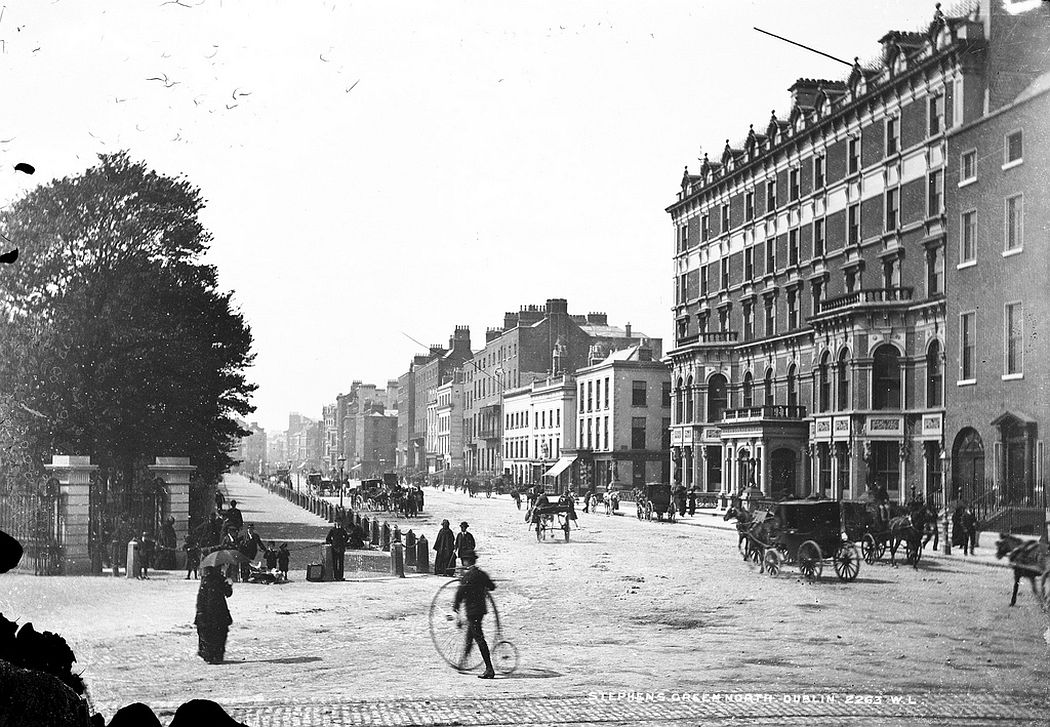 A man with his penny farthing on street in Dublin, ca. 1890 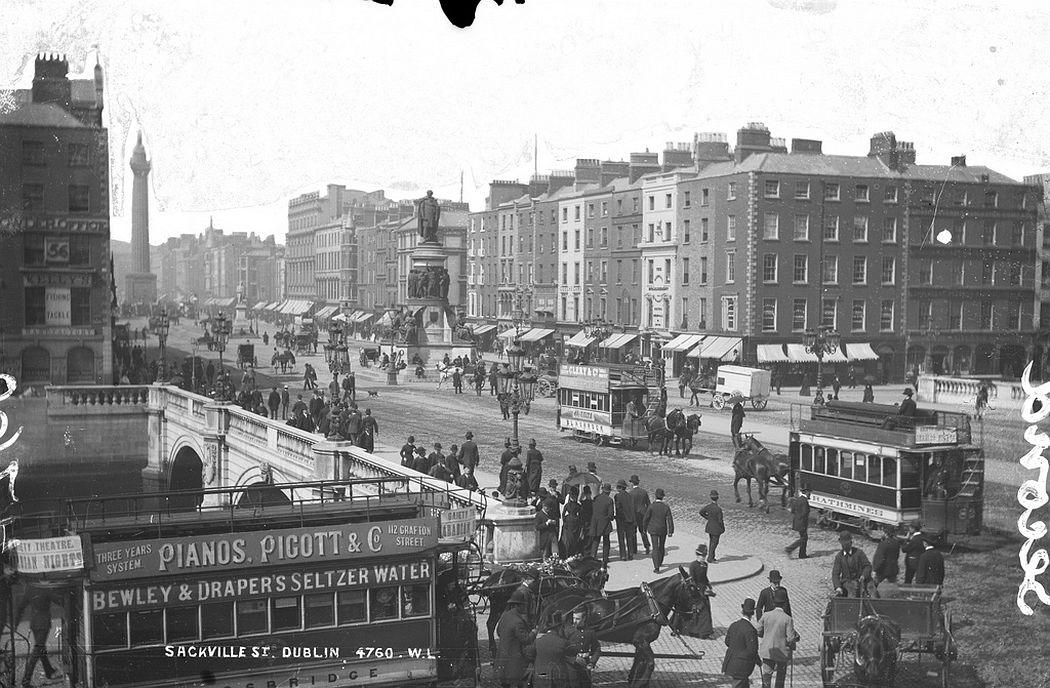 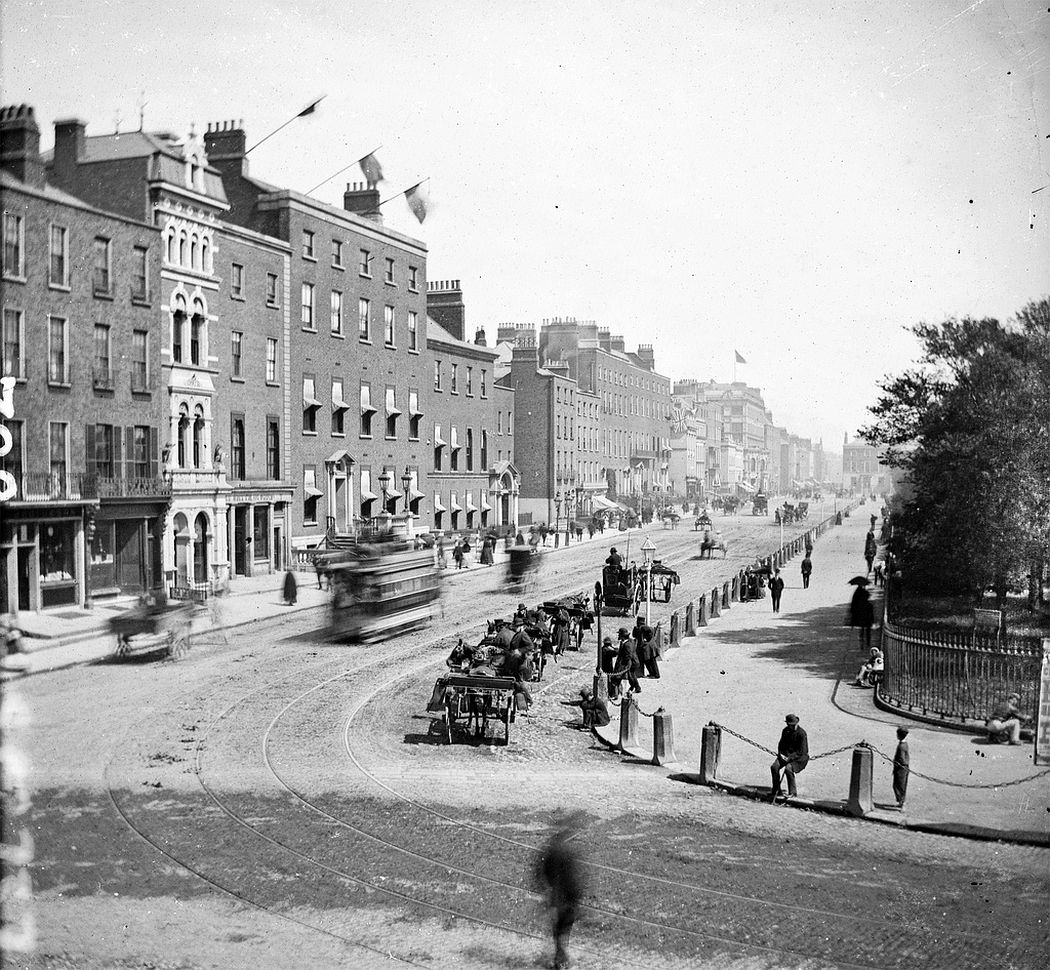 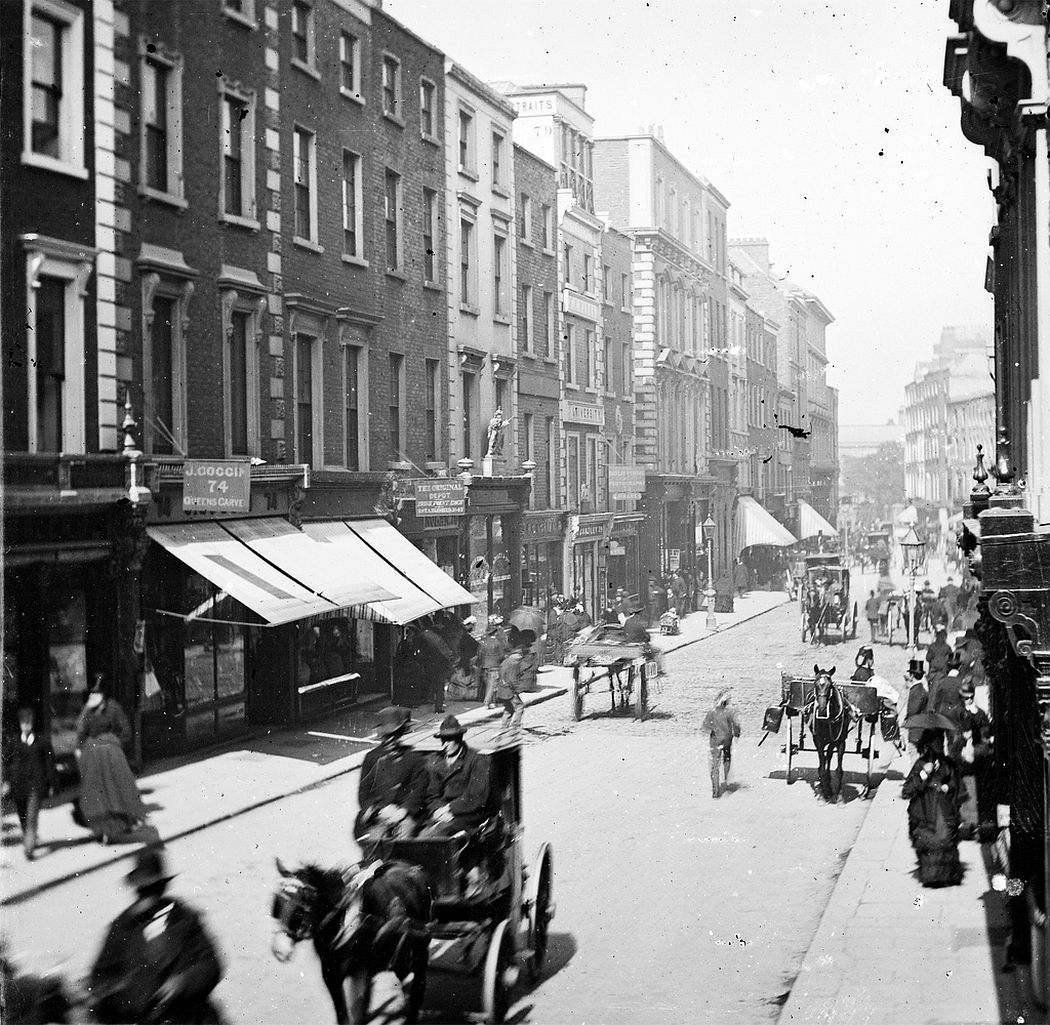 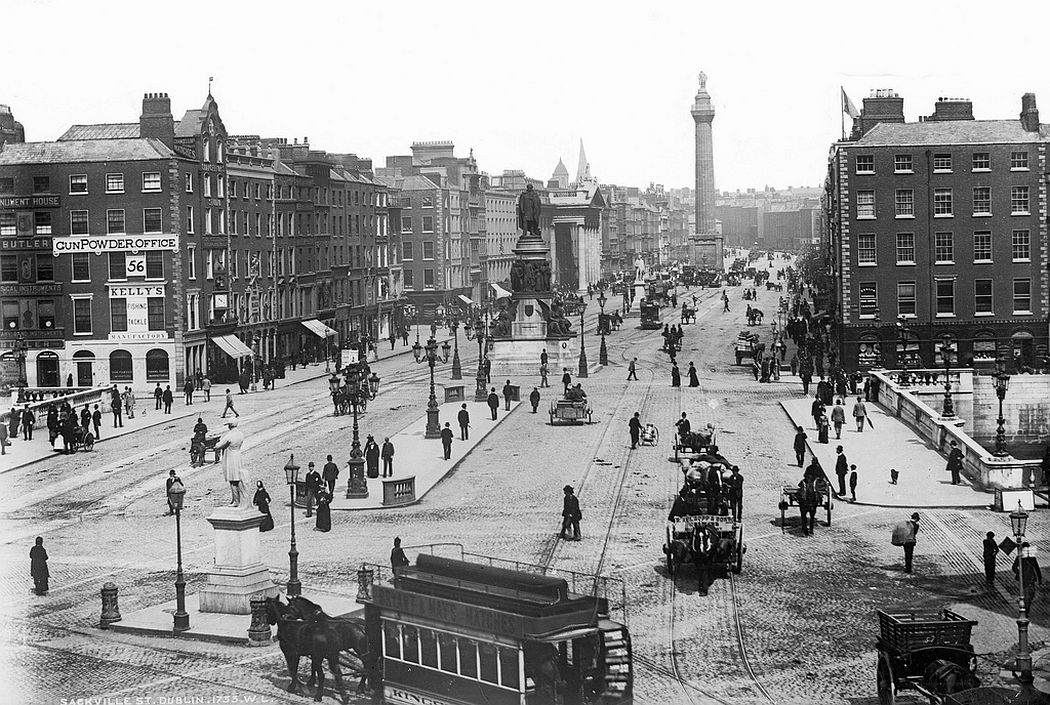 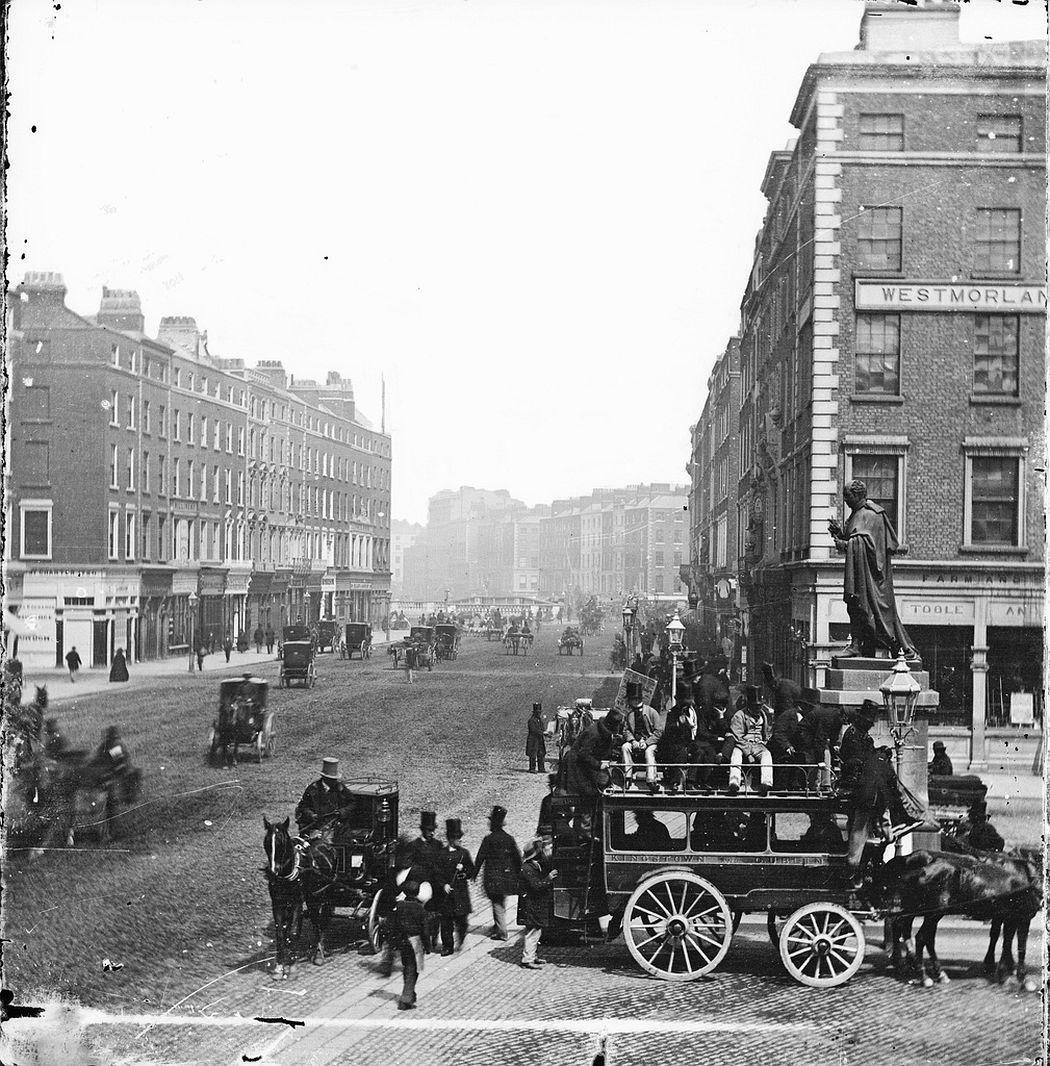 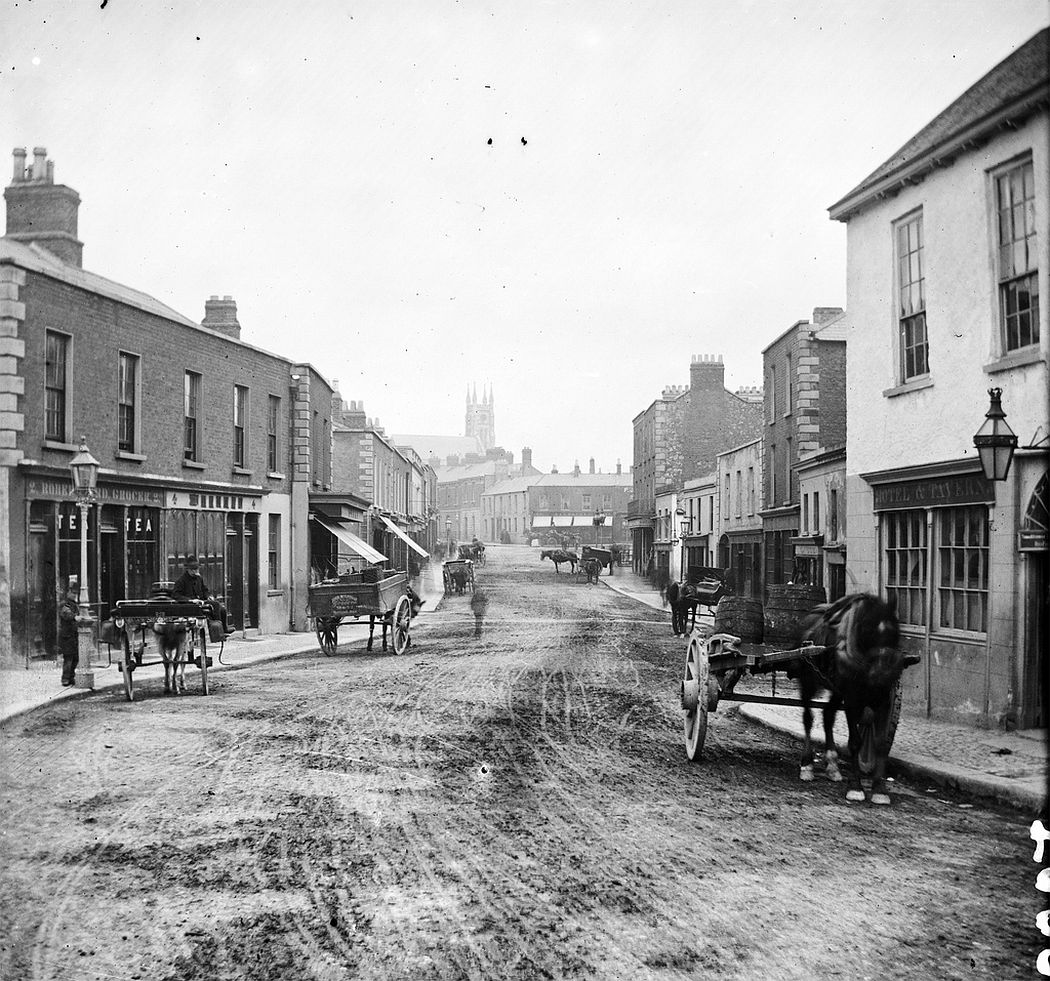 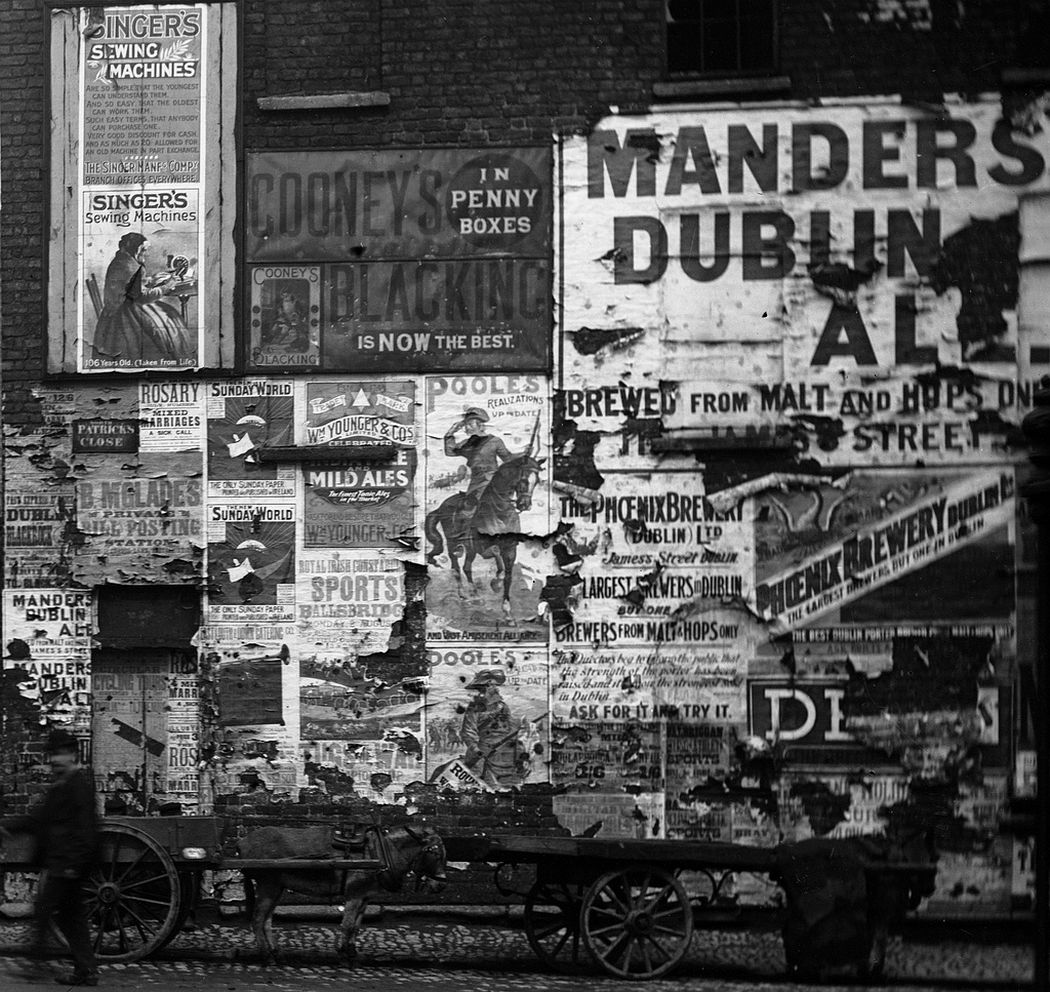 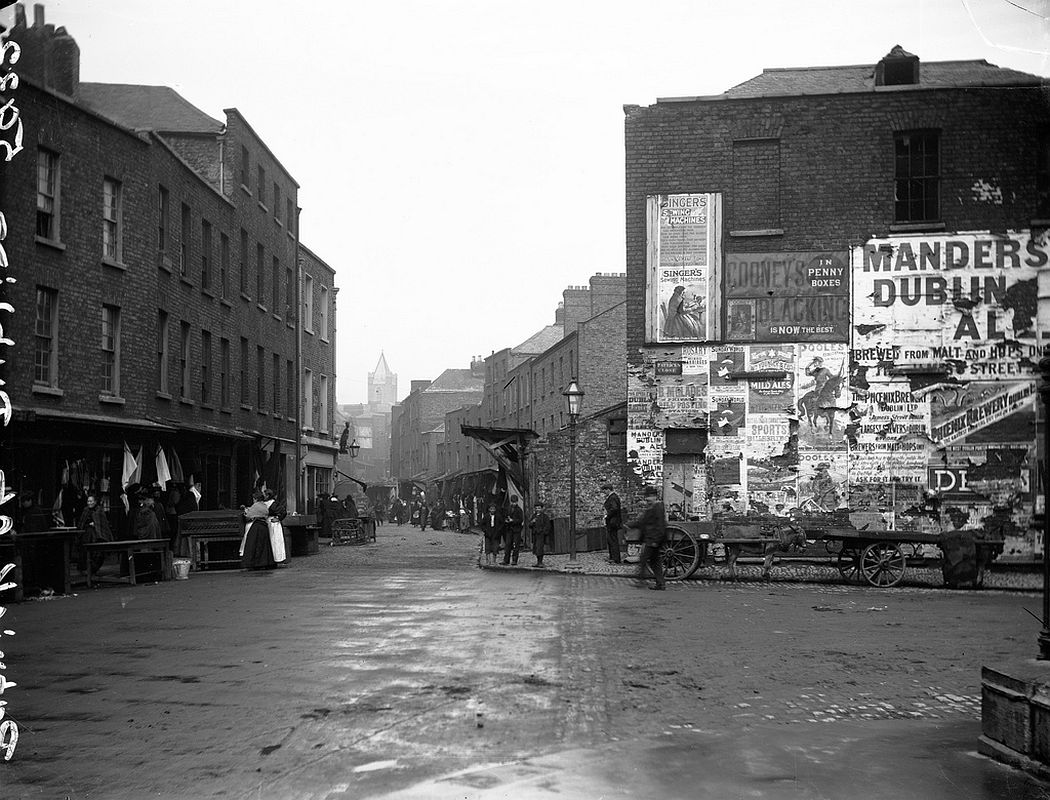 via National Library of Ireland on The Commons