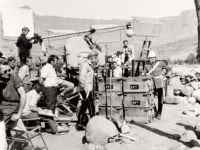 4 July 2016 0
Zulu is a 1964 epic war film depicting the Battle of Rorke’s Drift between the British Army and the Zulus in January 1879, during the Anglo-Zulu War. It depicts 150 British soldiers, many of whom were sick and wounded patients in a field hospital, who successfully held off a force of 4,000 Zulu warriors.