Zulu is a 1964 epic war film depicting the Battle of Rorke’s Drift between the British Army and the Zulus in January 1879, during the Anglo-Zulu War. It depicts 150 British soldiers, many of whom were sick and wounded patients in a field hospital, who successfully held off a force of 4,000 Zulu warriors. 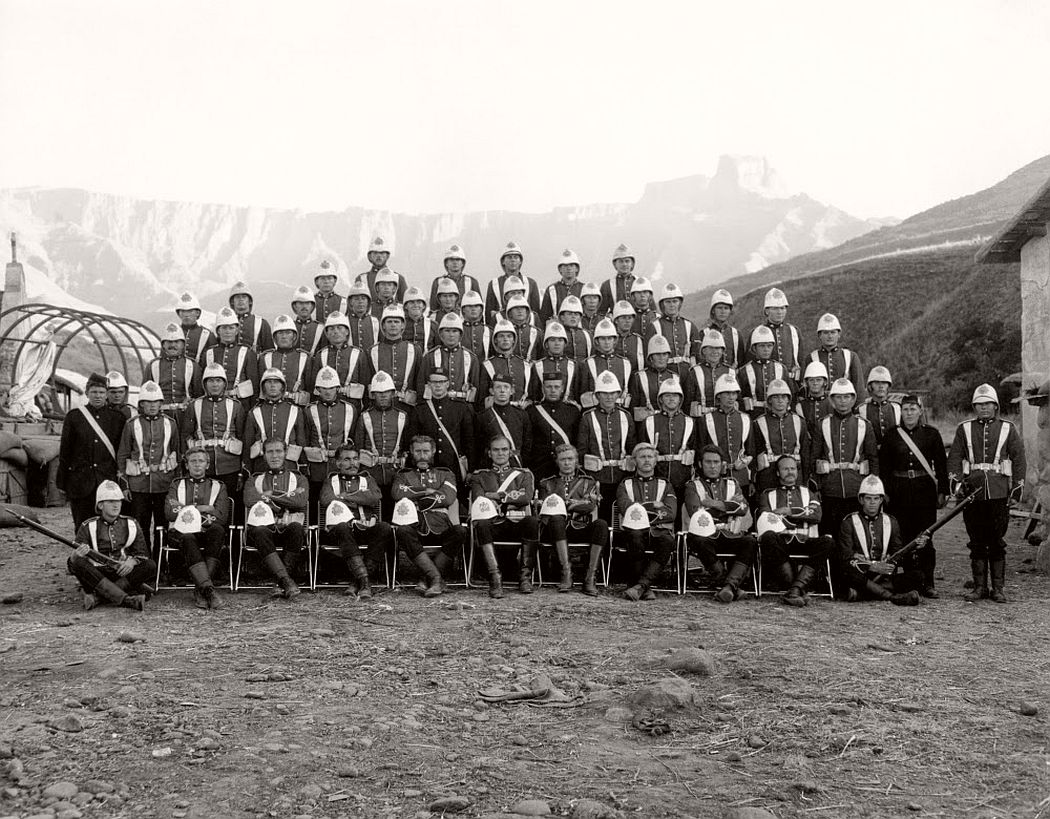 Say ‘cheese’! A group portrait of the actors playing the British army regiment who find themselves struggling to fend off an attack from 4,000 Zulu warriors at Rorke’s Drift. 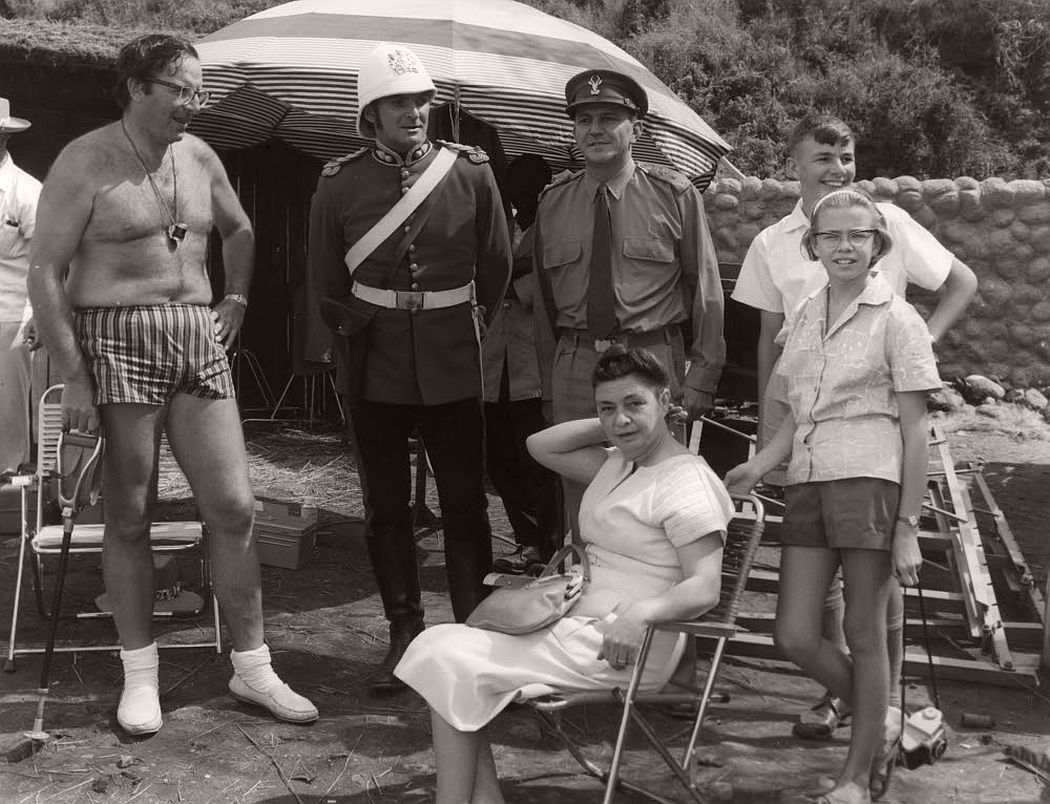 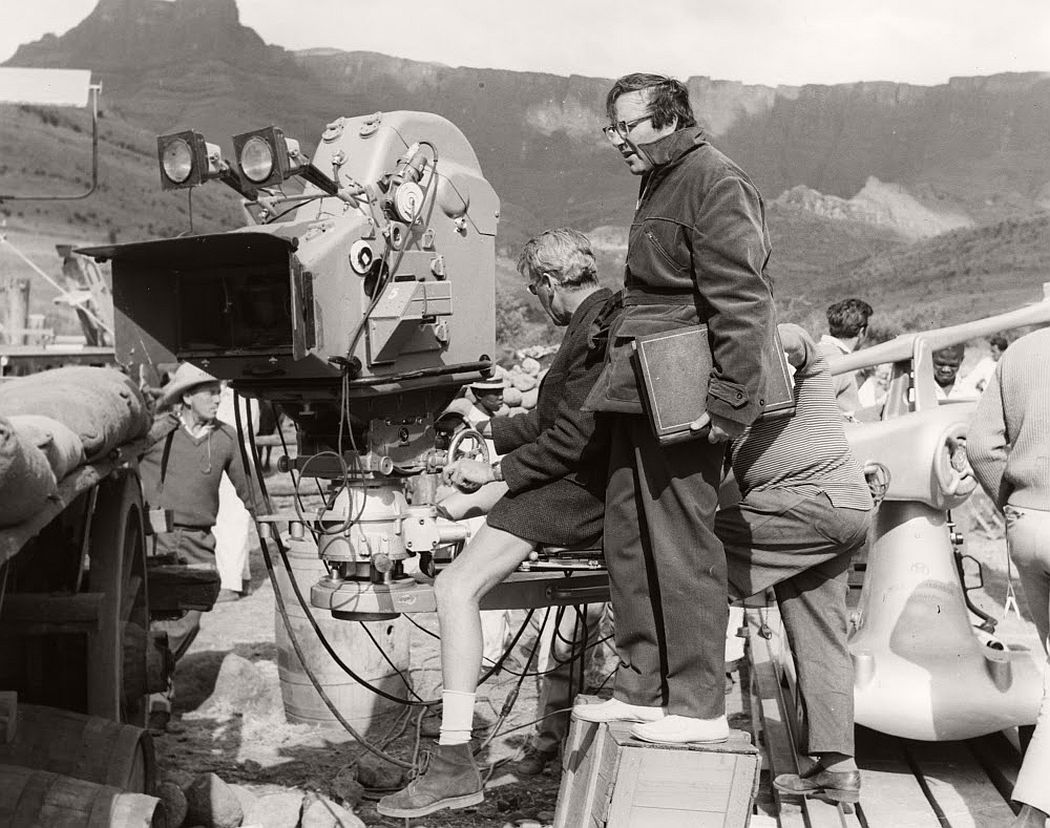 Director Cy Endfield with one of the huge cameras used for the Zulu shoot. The film was shot in the Technirama, an anamorphic, widescreen technology similar to CinemaScope. Other recent Technirama productions included El Cid (1961) and The Leopard (1963). 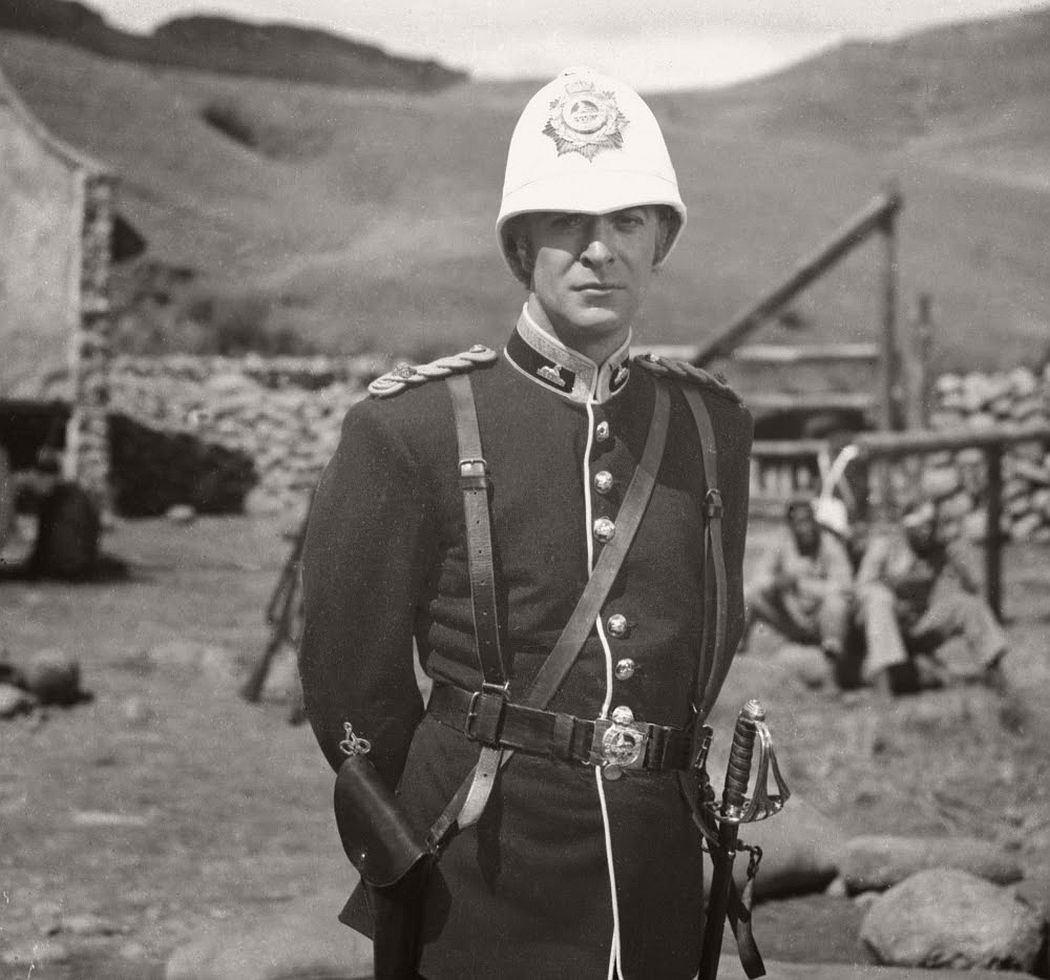 All dressed up for stardom: Caine poses in uniform for a portrait between takes. He quickly found himself one of the biggest actors in 1960 British cinema, after his star-making turn here playing infantry officer Lieutenant Gonville Bromhead. 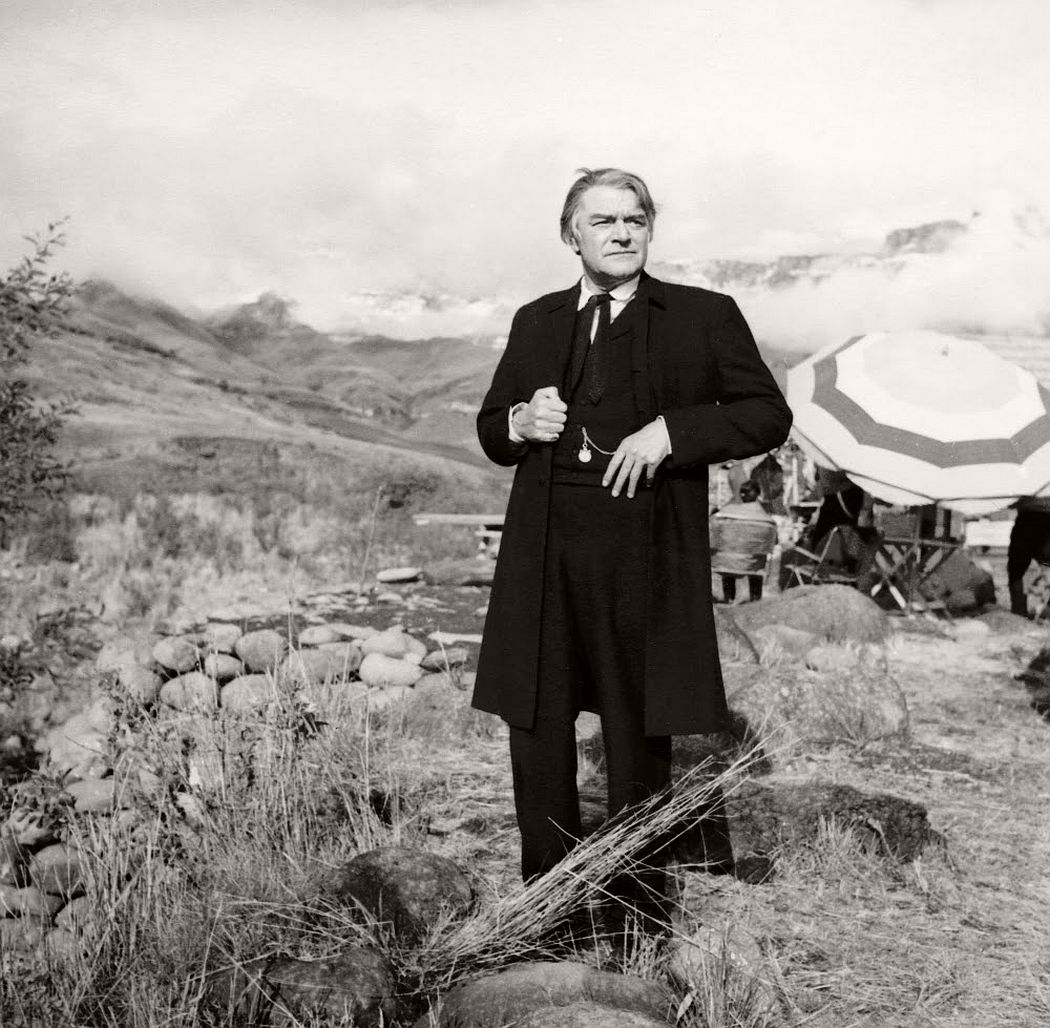 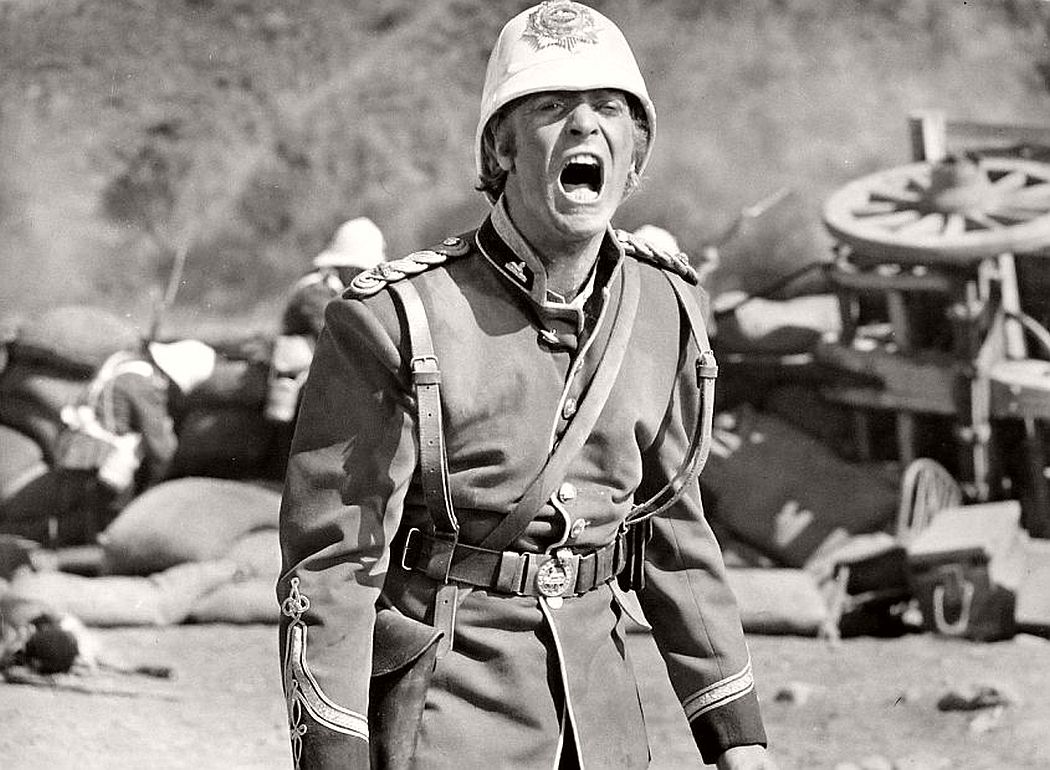 Michael Caine in a scene from the 1964 movie Zulu. 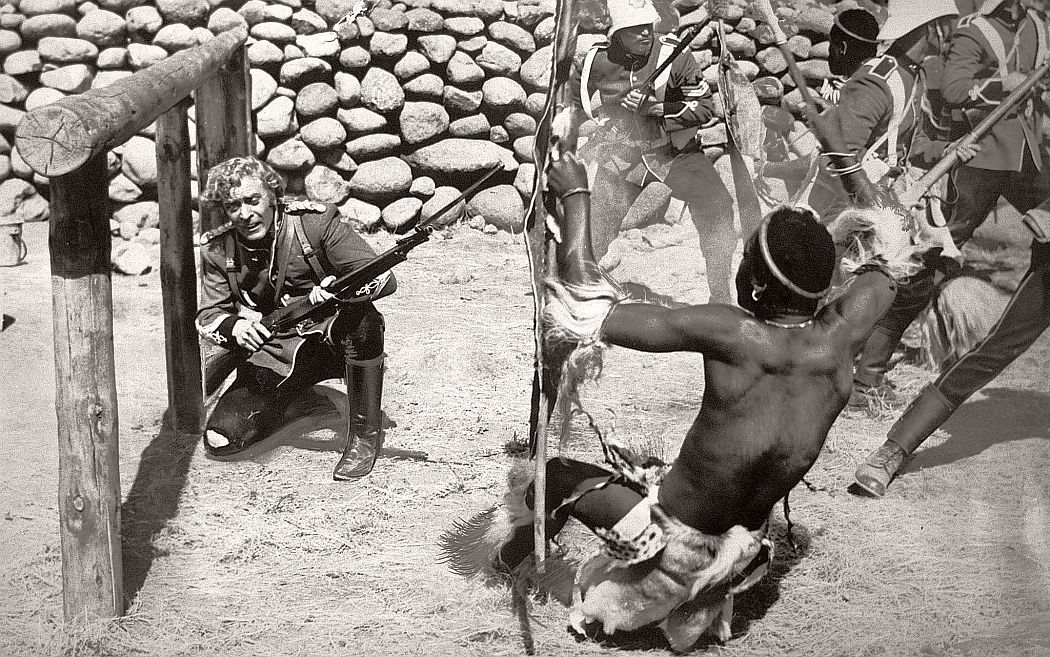 Michael Caine in a scene from the 1964 movie Zulu. Credit: Embsassy Pictures 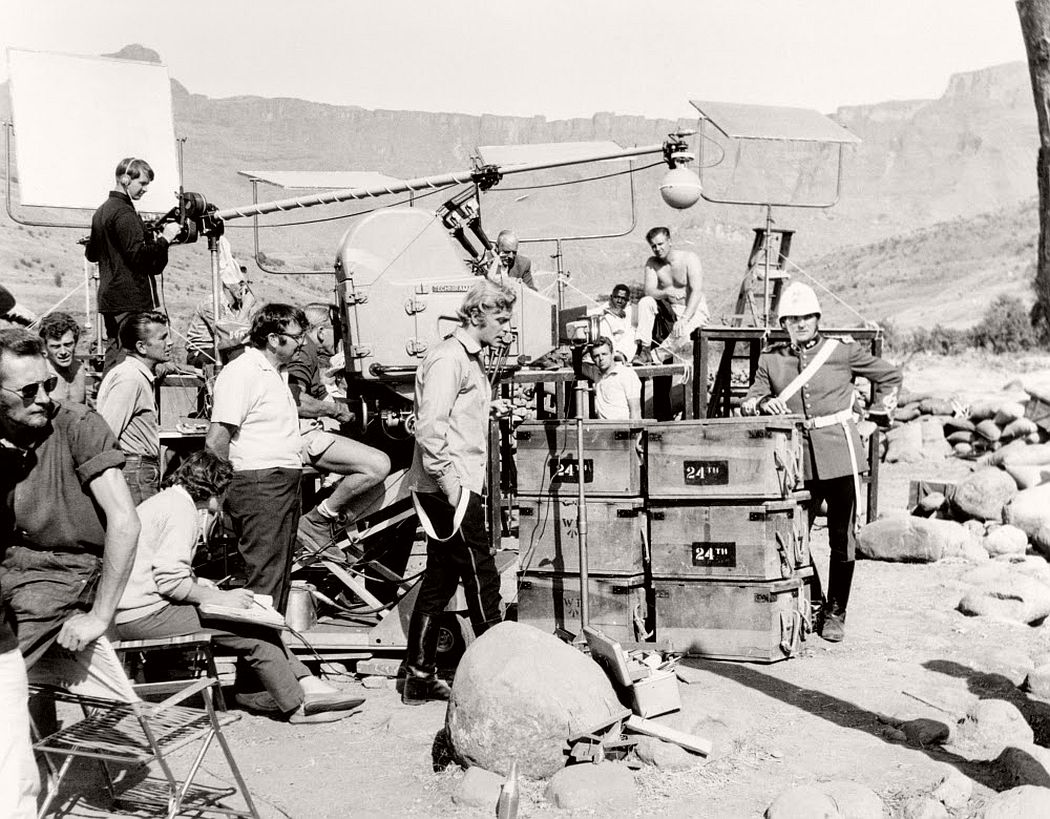 Michael Caine enjoys a moment out of full costume, as the lighting crew prepare the next shot on location for Zulu (1964). Top-billed Stanley Baker (right), meanwhile, is top-to-toe in helmet and bright red uniform.