Home › Vintage › Classic Films › Vintage: Behind the Scenes from Return Of The Jedi (1983)

The Galactic Empire, under the direction of the ruthless Emperor, is constructing a second Death Star in order to crush the Rebel Alliance once and for all. Since the Emperor plans to personally oversee the final stages of its construction, the Rebel Fleet launches a full-scale attack on the Death Star in order to prevent its completion and kill the Emperor, effectively bringing an end to the Empire’s hold over the galaxy. Meanwhile, Luke Skywalker, a Jedi apprentice, struggles to bring Darth Vader, whom he finds out is actually his father Anakin Skywalker and a fallen Jedi, back from the Dark Side of the Force. 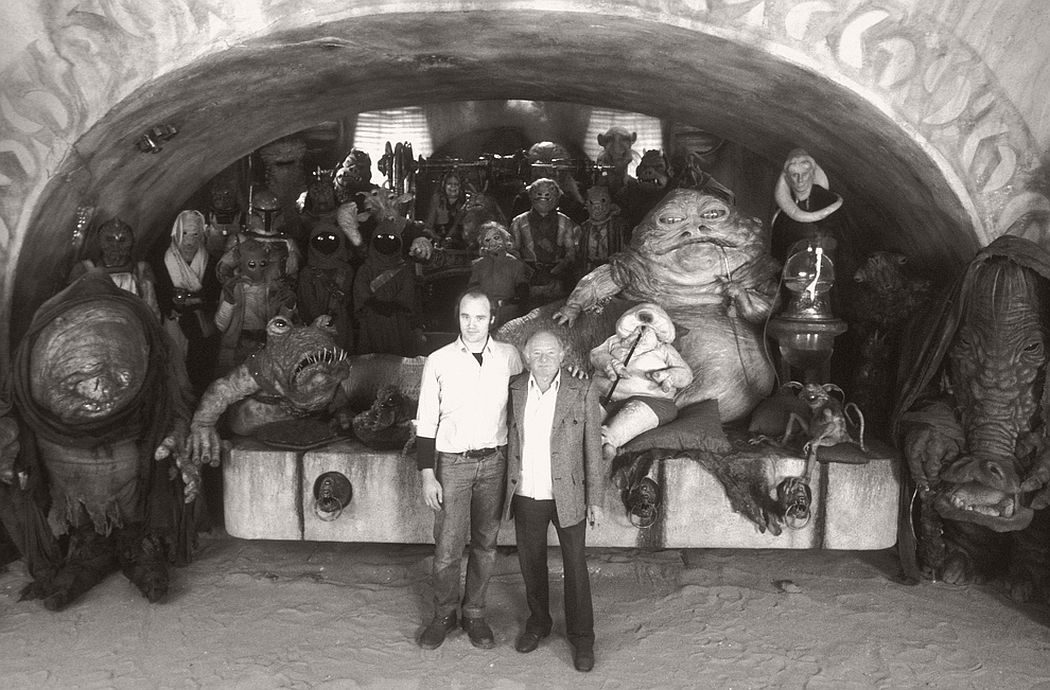 Phil Tippett and Stewart Freeborn pose before their joint collaboration: a menagerie of wonderful monsters. 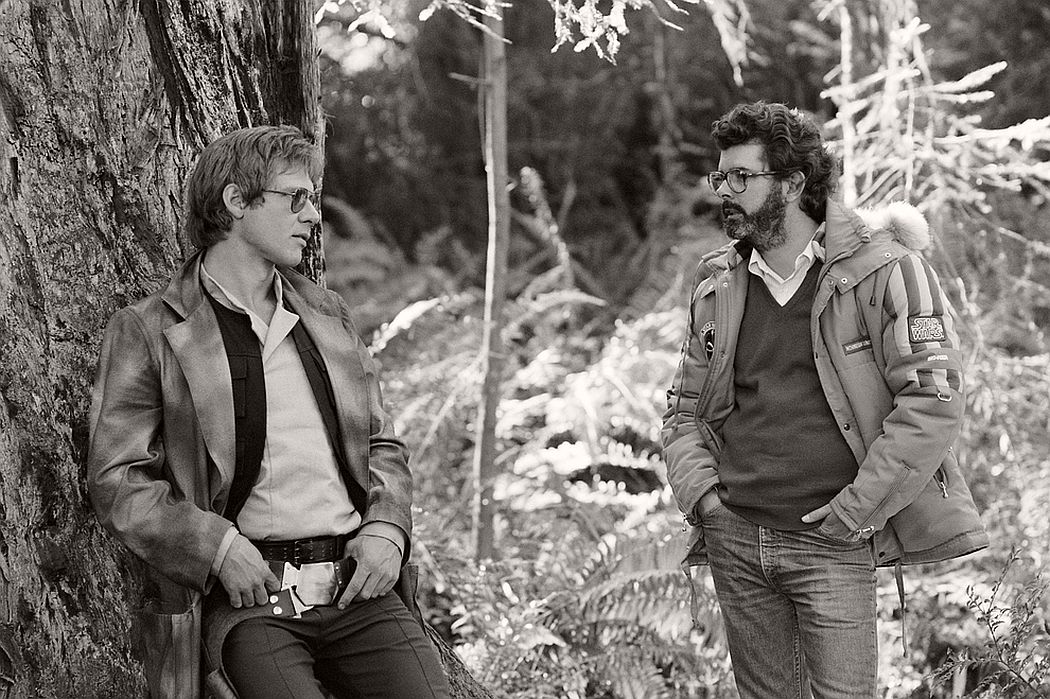 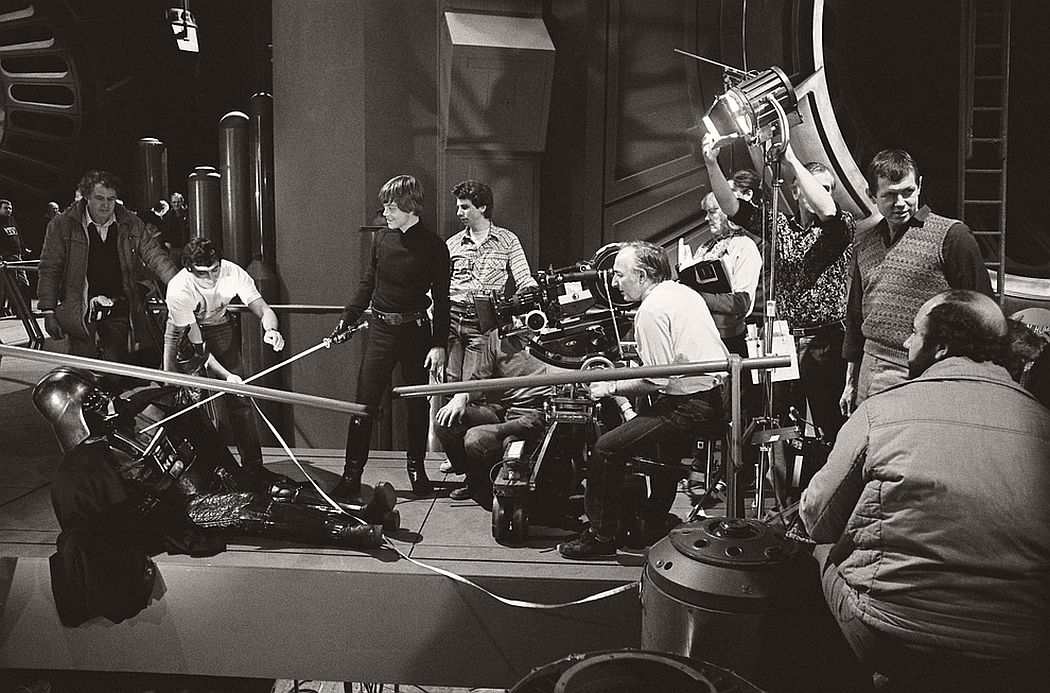 Mark Hamill is filmed during Luke’s moment of choice: Will he commit patricide or become a true Jedi and show compassion for his father? 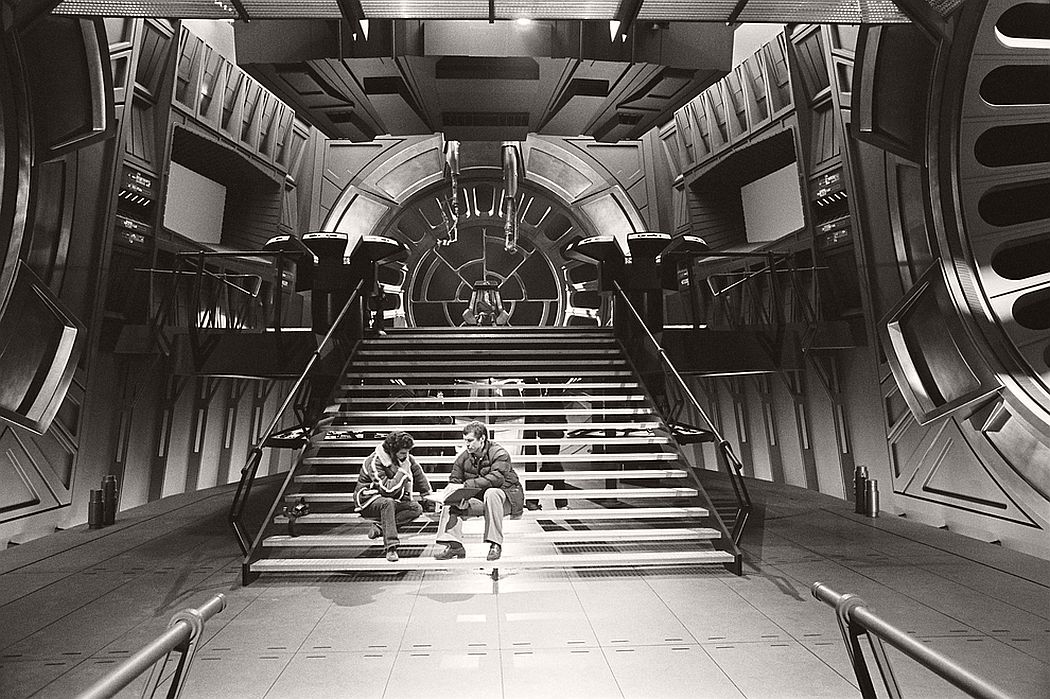 George Lucas and Richard Marquand on the Emperor’s throne room set at Elstree during principal photography. 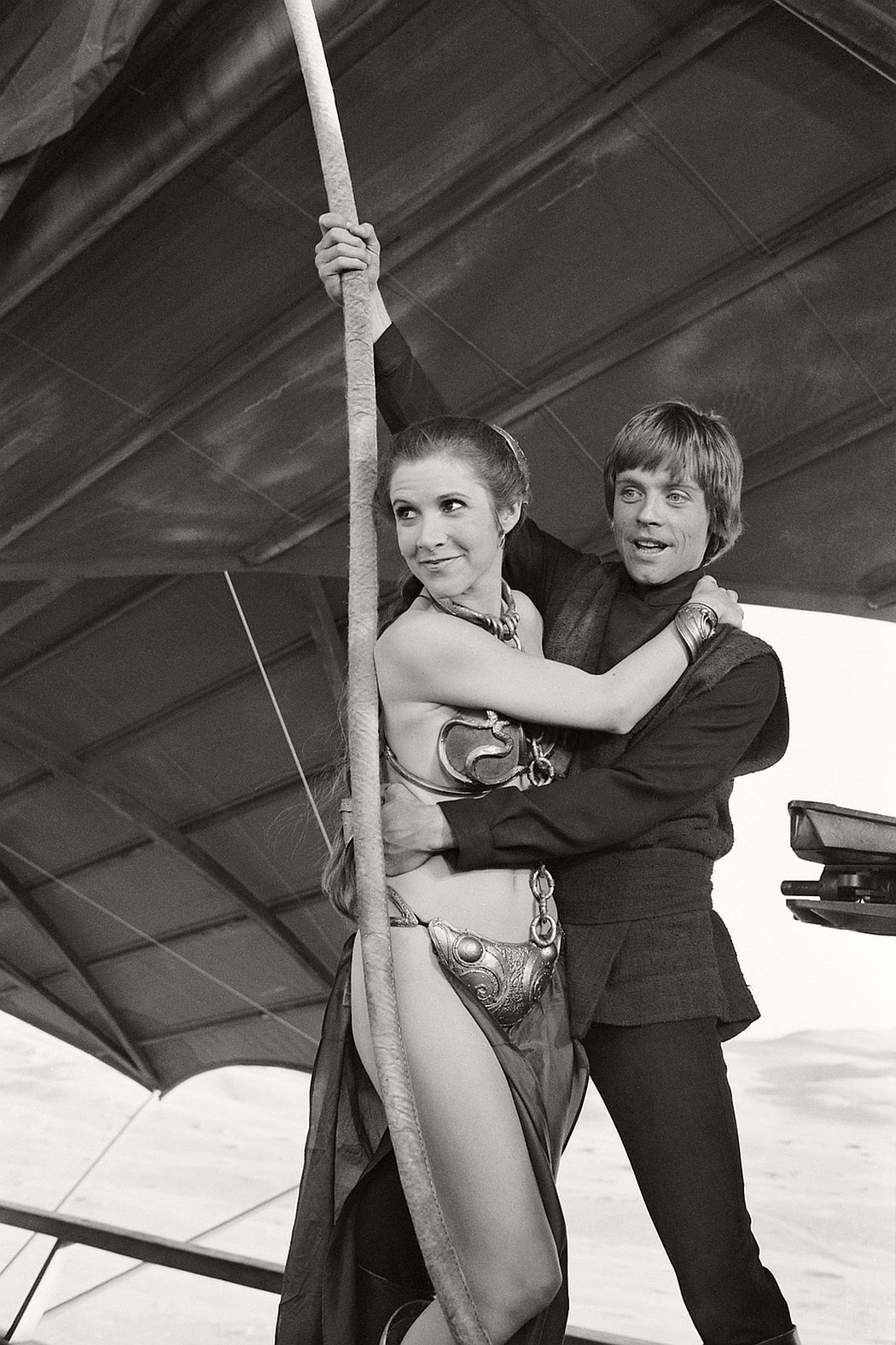 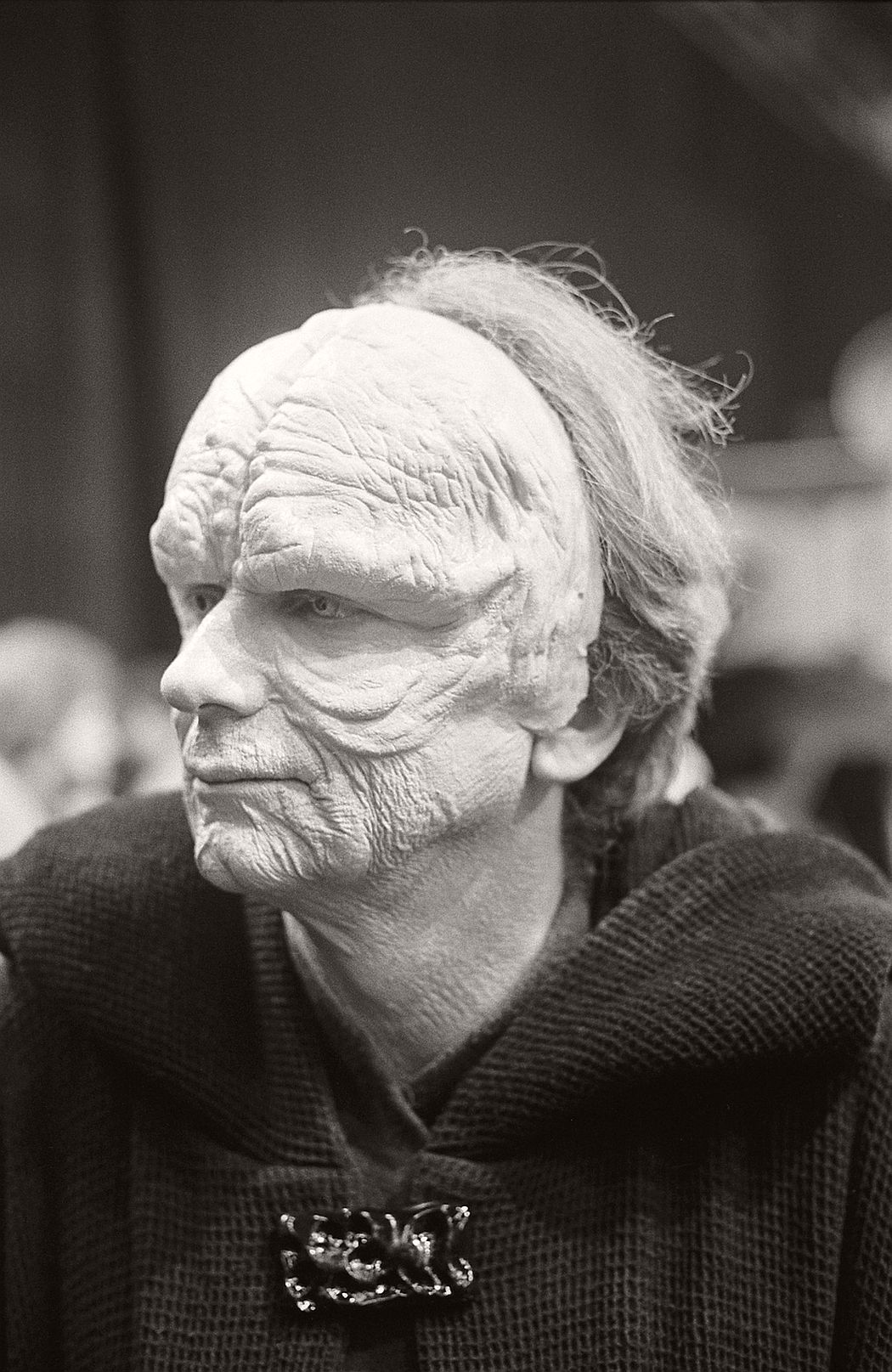 Ian McDiarmid in his complete Emperor’s makeup, which covered only the front two-thirds of his head. The cowl always covered the back of his head. 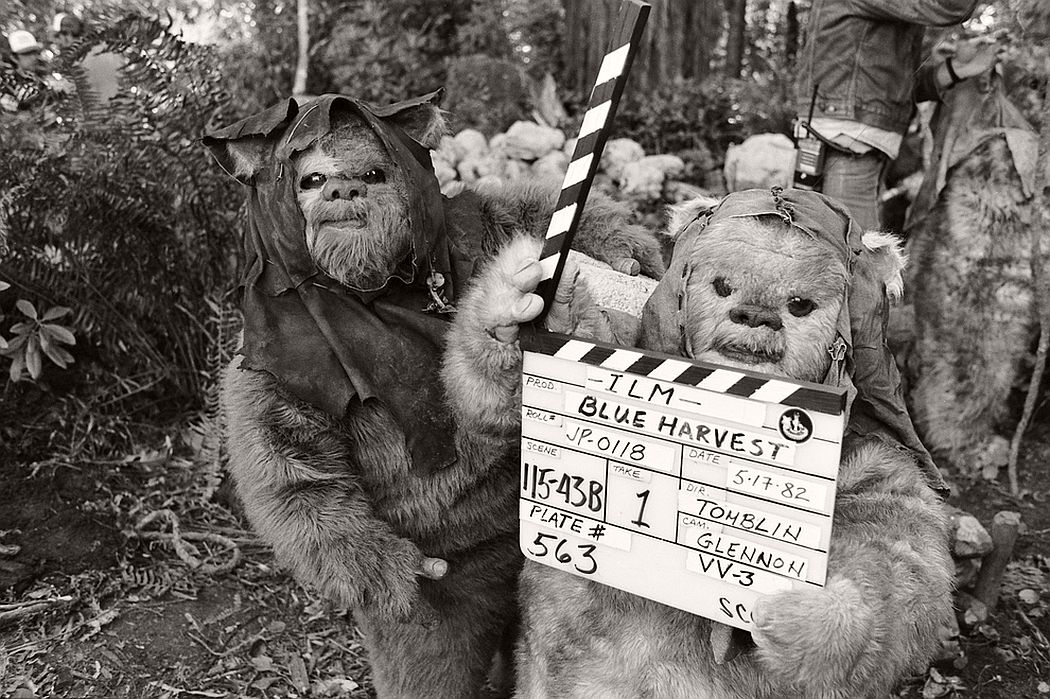 Ewoks seize the clapperboard on May 17, 1982, during second unit work near Crescent City. 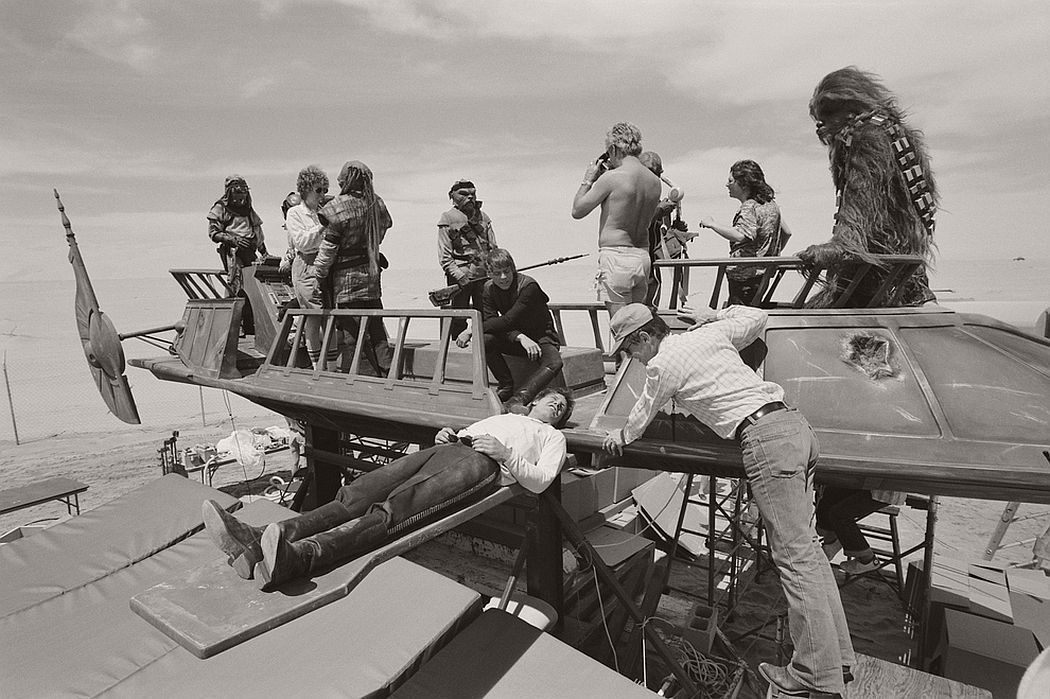 Harrison Ford relaxes on a plank, with Richard Marquand and Mark Hamill close by. 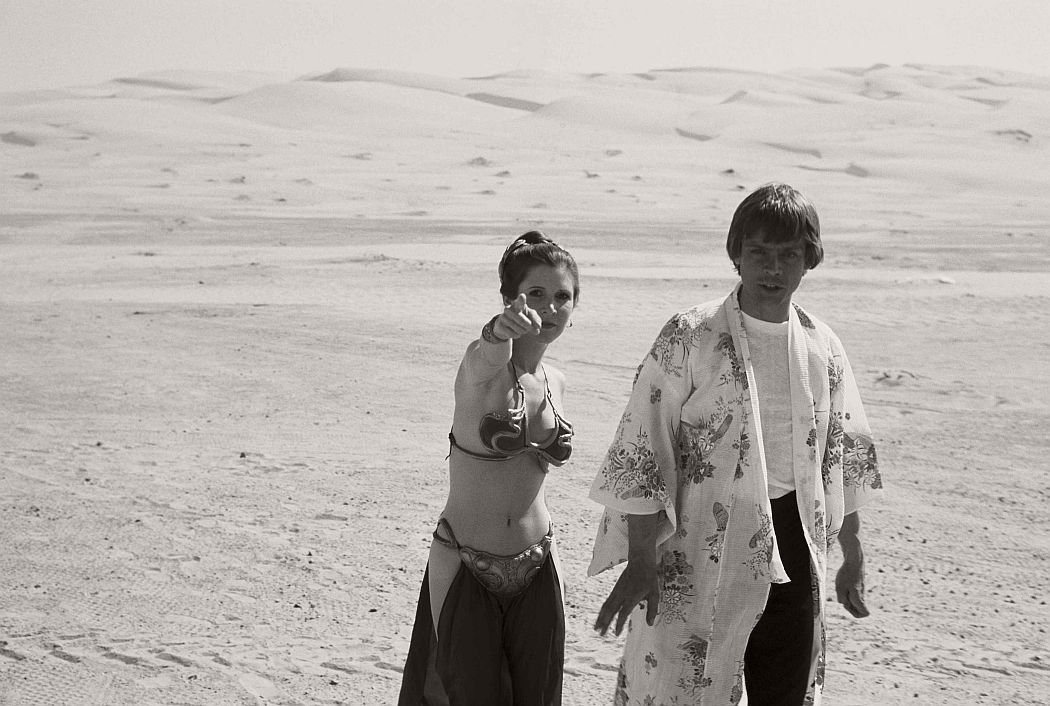 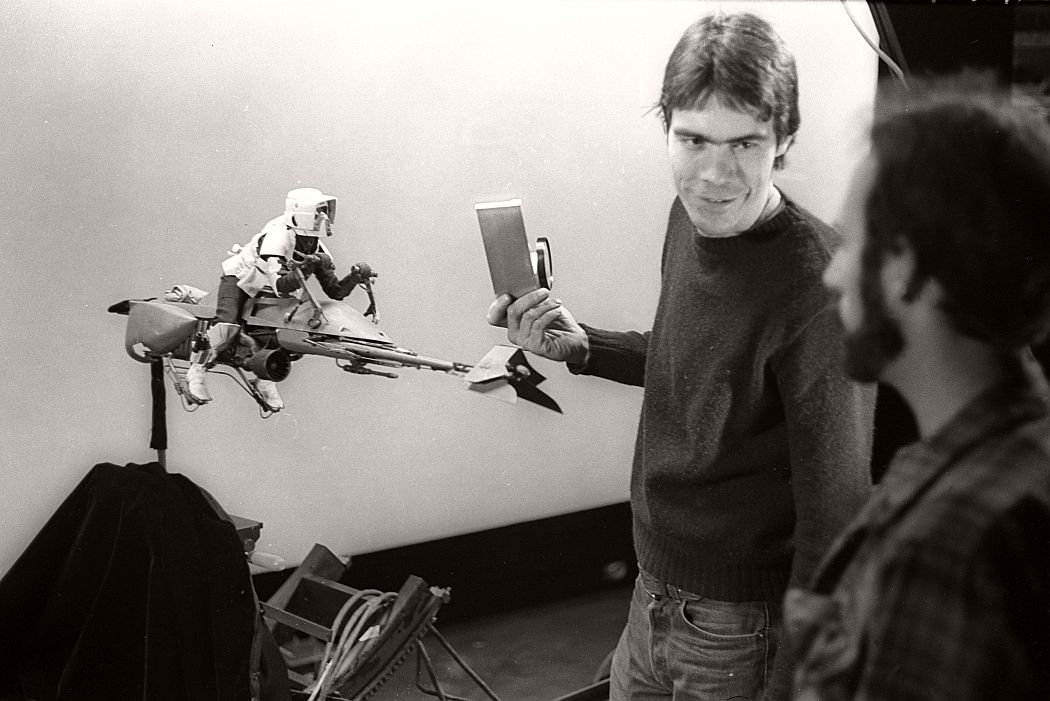 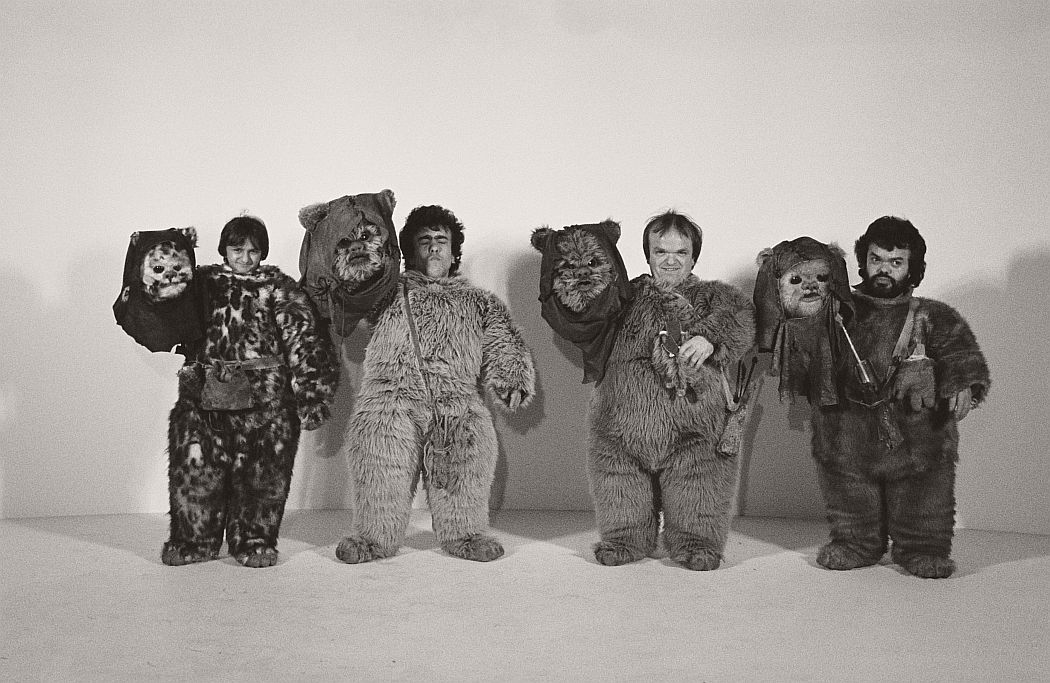 Four Ewoks take a break – and get some air. 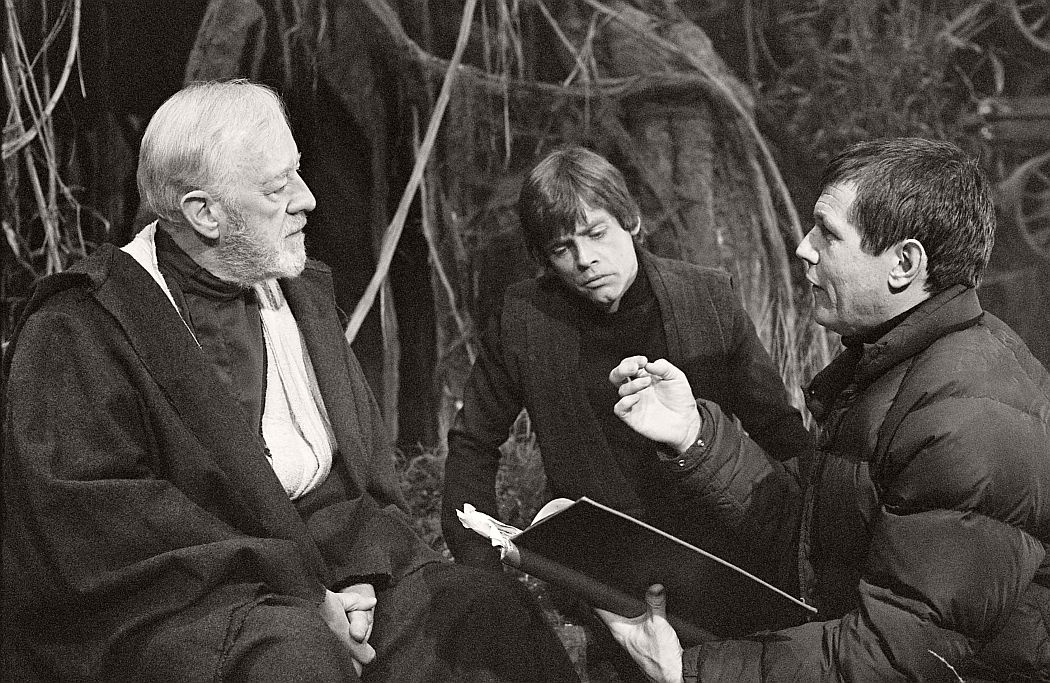 Alec Guinness, Mark Hamill, and Richard Marquand go over a pivotal scene in which Luke and Obi-Wan discuss a final confrontation with Darth Vader. 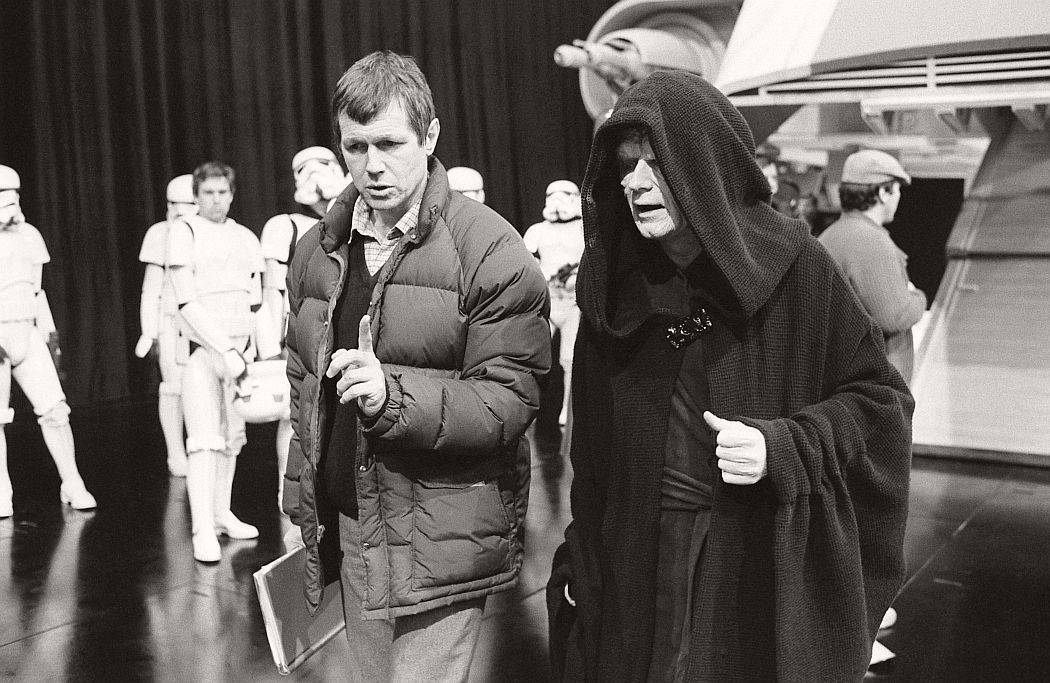 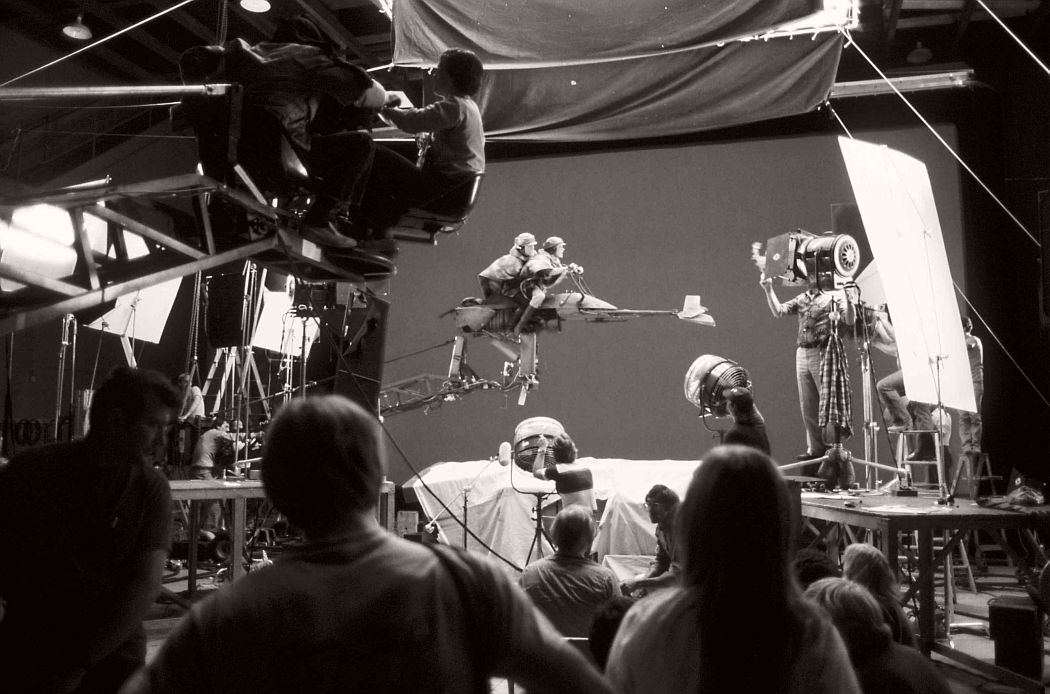 Mark Hamill and Carrie Fisher sit atop a speeder bike prop, with backgrounds to be added later via blue screen. 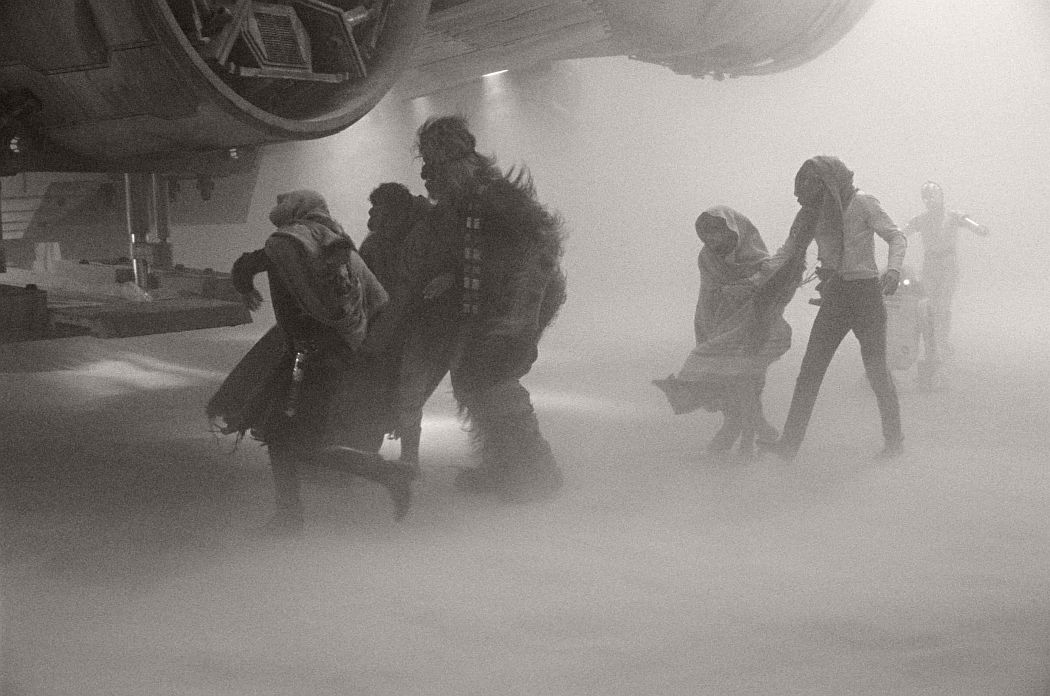 The cast films the “sandstorm” scene – which would be deleted from the final cut – on the first day of shooting, January 11, 1982.