Gertrude Käsebier (1852 – 1934) was one of the most influential American photographers of the early 20th century. She was known for her images of motherhood, her portraits of Native Americans and her promotion of photography as a career for women.

In July 1899 Alfred Stieglitz published five of Käsebier’s photographs in Camera Notes, declaring her “beyond dispute, the leading artistic portrait photographer of the day.” Her rapid rise to fame was noted by photographer and critic Joseph Keiley, who wrote “a year ago Käsebier’s name was practically unknown in the photographic world…Today that names stands first and unrivaled…”. That same year her print of “The Manger” sold for $100, the most ever paid for a photograph at that time.

In 1900 Käsebier continued to gather accolades and professional praise. In the catalog for the Newark (Ohio) Photography Salon, she was called “the foremost professional photographer in the United States.” In recognition of her artistic accomplishments and her stature, later that year Käsebier was one of the first two women elected to Britain’s Linked Ring (the other was British pictorialist Carine Cadby).

The next year Charles H. Caffin published his landmark book Photography as a Fine Art and devoted an entire chapter to the work of Käsebier (“Gertrude Käsebier and the Artistic Commercial Portrait”). Due to demand for her artistic opinions in Europe, Käsebier spent most of the year in Britain and France visiting with F. Holland Day and Edward Steichen.

In 1902 Stieglitz included Käsebier as a founding member of the Photo-Secession. The following year Stieglitz published six of her images in the first issue of Camera Work, along with highly complementary articles by Charles Caffin and Frances Benjamin Johnston. In 1905 six more of her images were published in Camera Work, and the following year Stieglitz gave her an exhibition (along with Clarence H. White) at his Little Galleries of the Photo-Secession.

The strain of balancing her professional life with her personal one began to take a toll on Käsebier at this time. The stress was exacerbated by her husband’s decision to move to Oceanside, Long Island, which had the effect of distancing her from the New York’s artistic center. To counter his action, she returned to Europe where, through Steichen’s connections, she was able to photograph the reclusive Auguste Rodin.

When Käsebier came back to New York, she found herself in an unexpected personality clash with Stieglitz. Käsebier’s strong interests in the commercial side of photography, driven by her need to support her husband and family, were directly at odds with Stieglitz’s idealistic and anti-materialistic nature. The more Käsebier enjoyed commercial success, the more Stieglitz felt she was going against what he felt a true artist should emulate. In May 1906 Käsebier joined the Professional Photographers of New York, a newly formed organization that Stieglitz saw as standing for everything he disliked: commercialism and selling photographs for money rather than love of the art. After this he began distancing himself from Käsebier, and their relationship never regained its previous status of mutual artistic admiration. 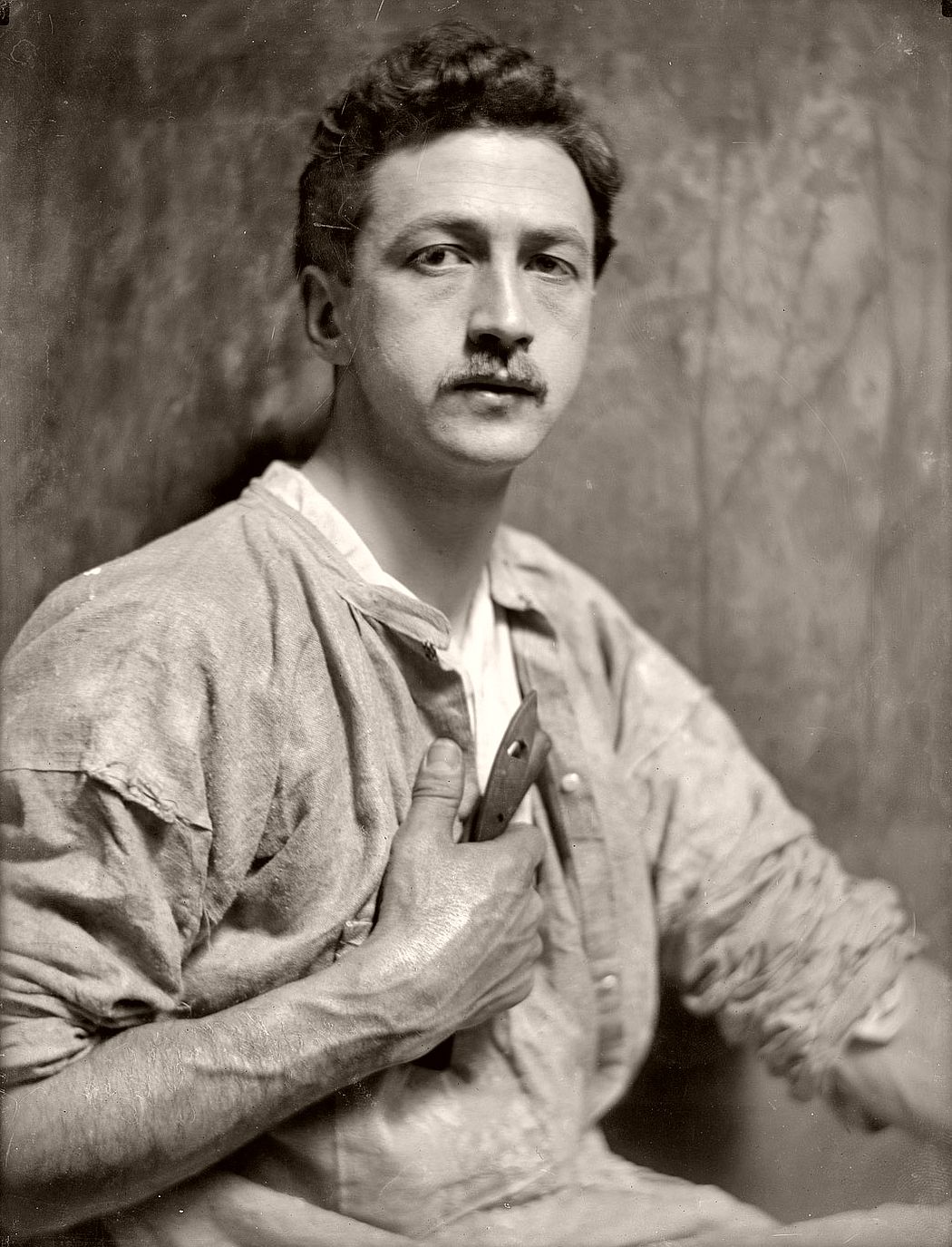 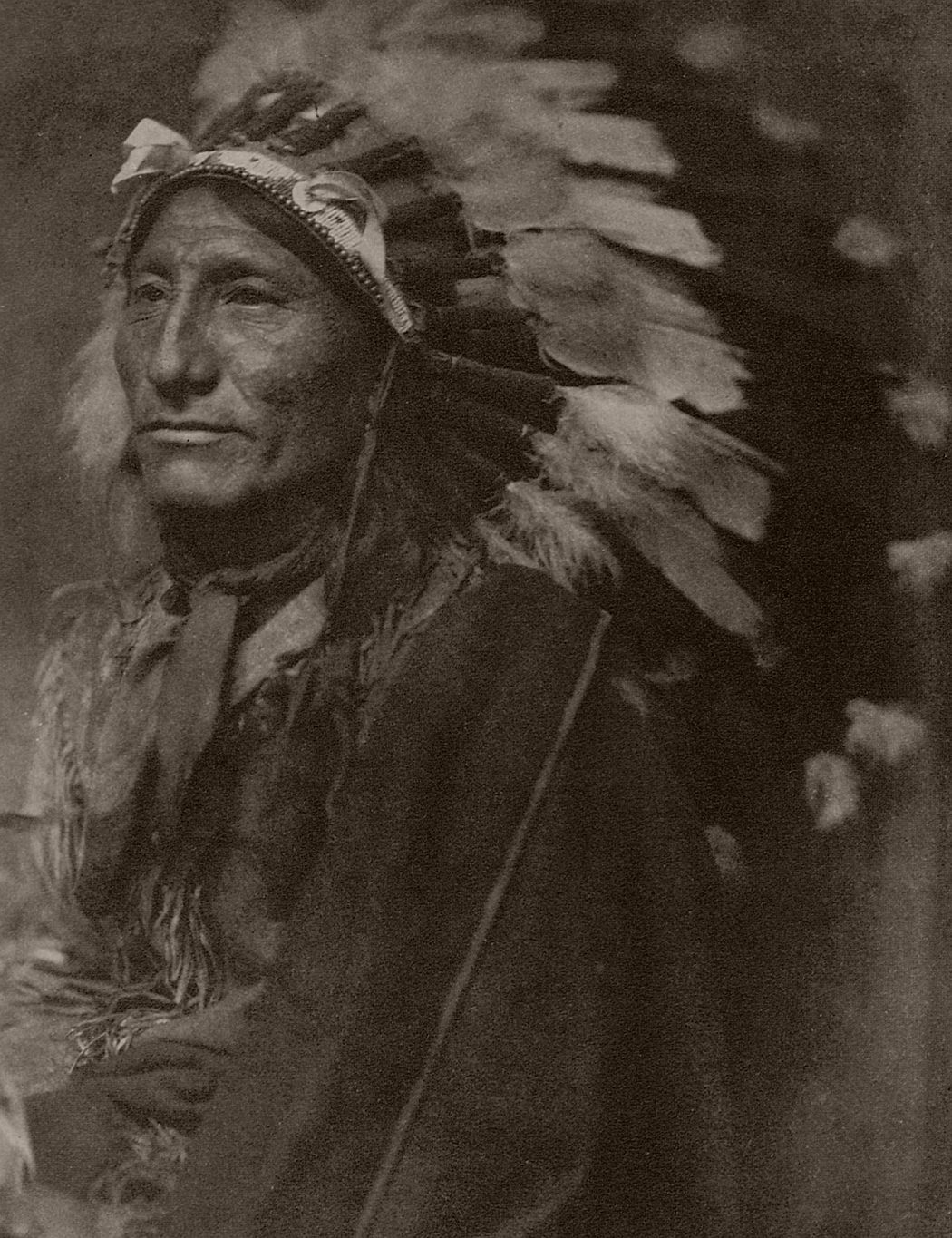 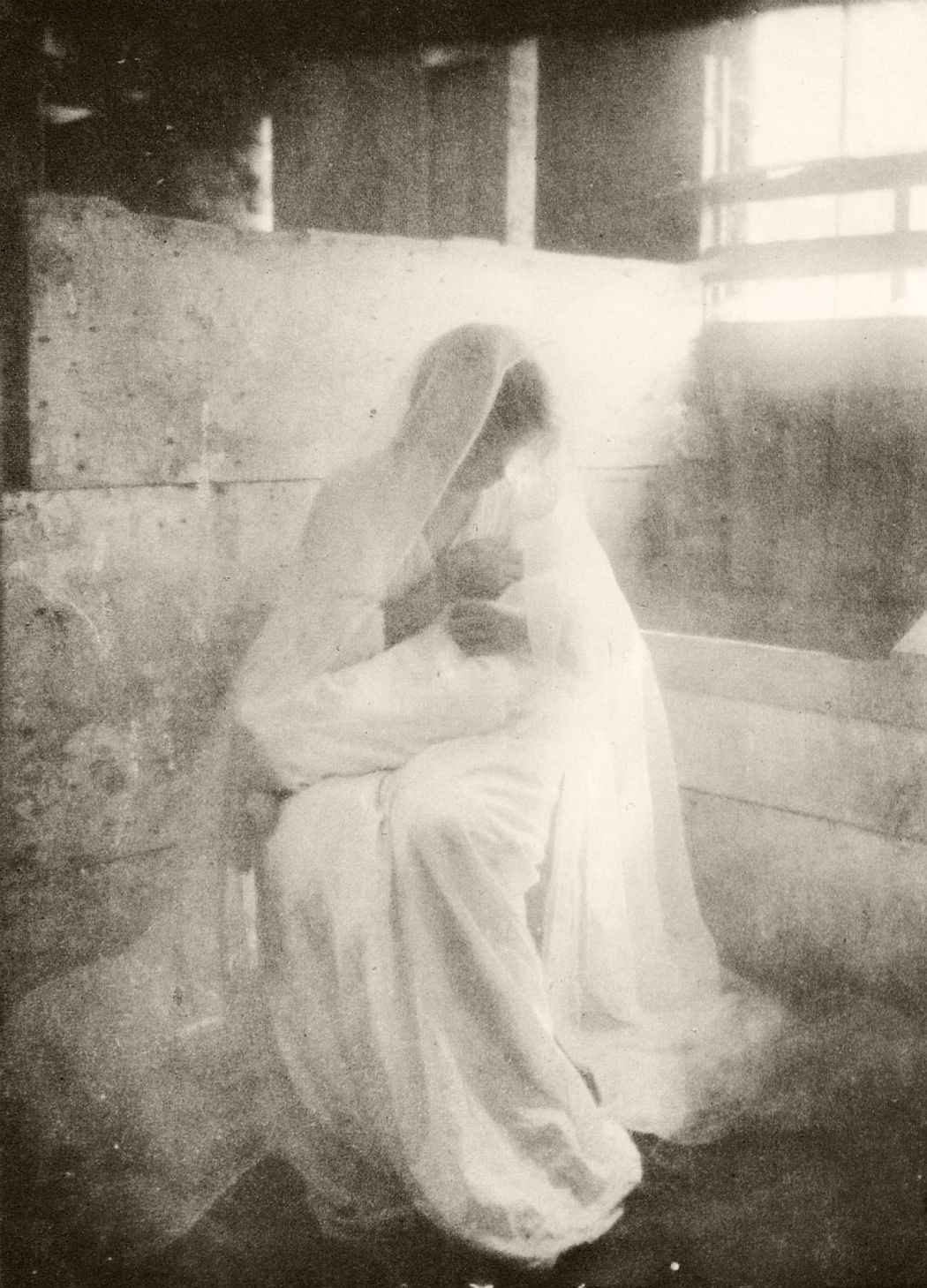 The Manger, ca.1899 by Gertrude Käsebier 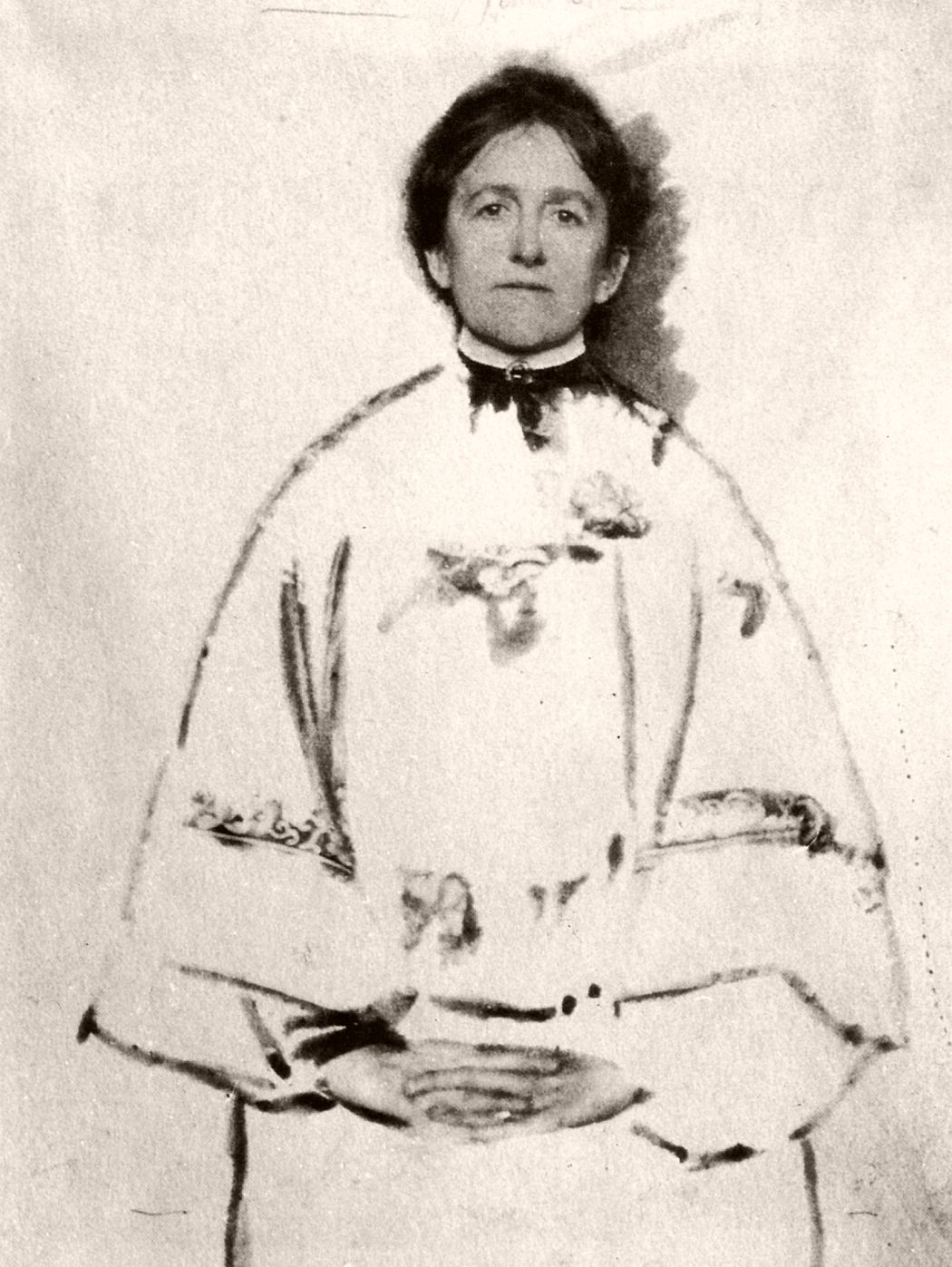 Portrait of the Photographer, manipulated self-portrait by Gertrude Käsebier 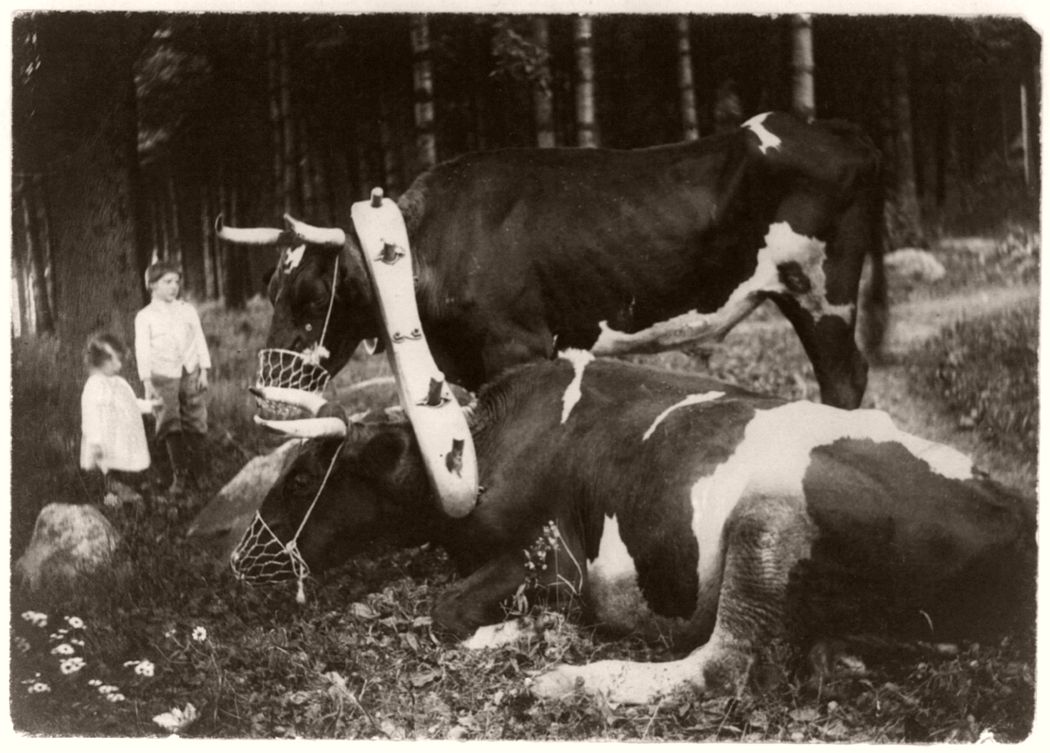 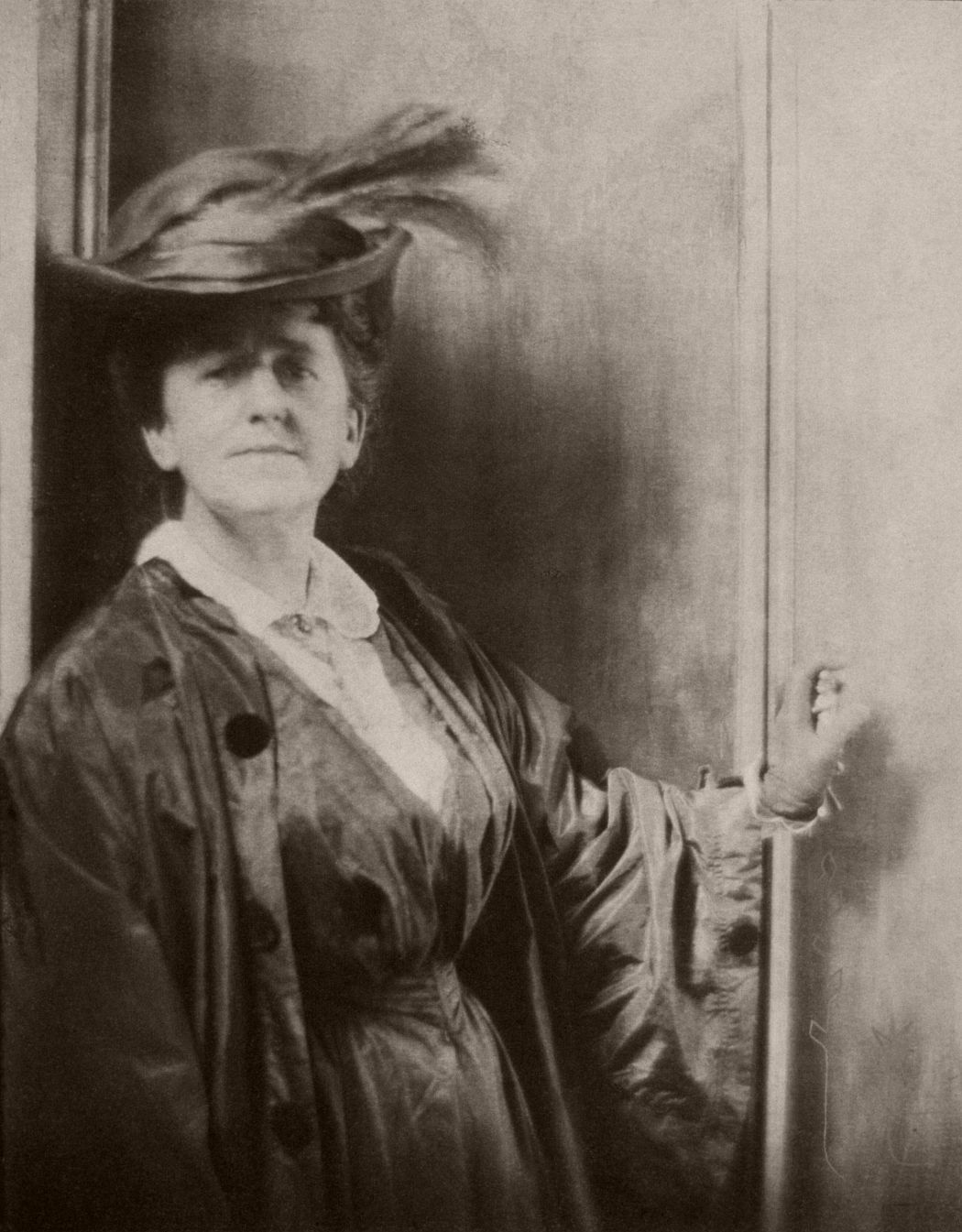 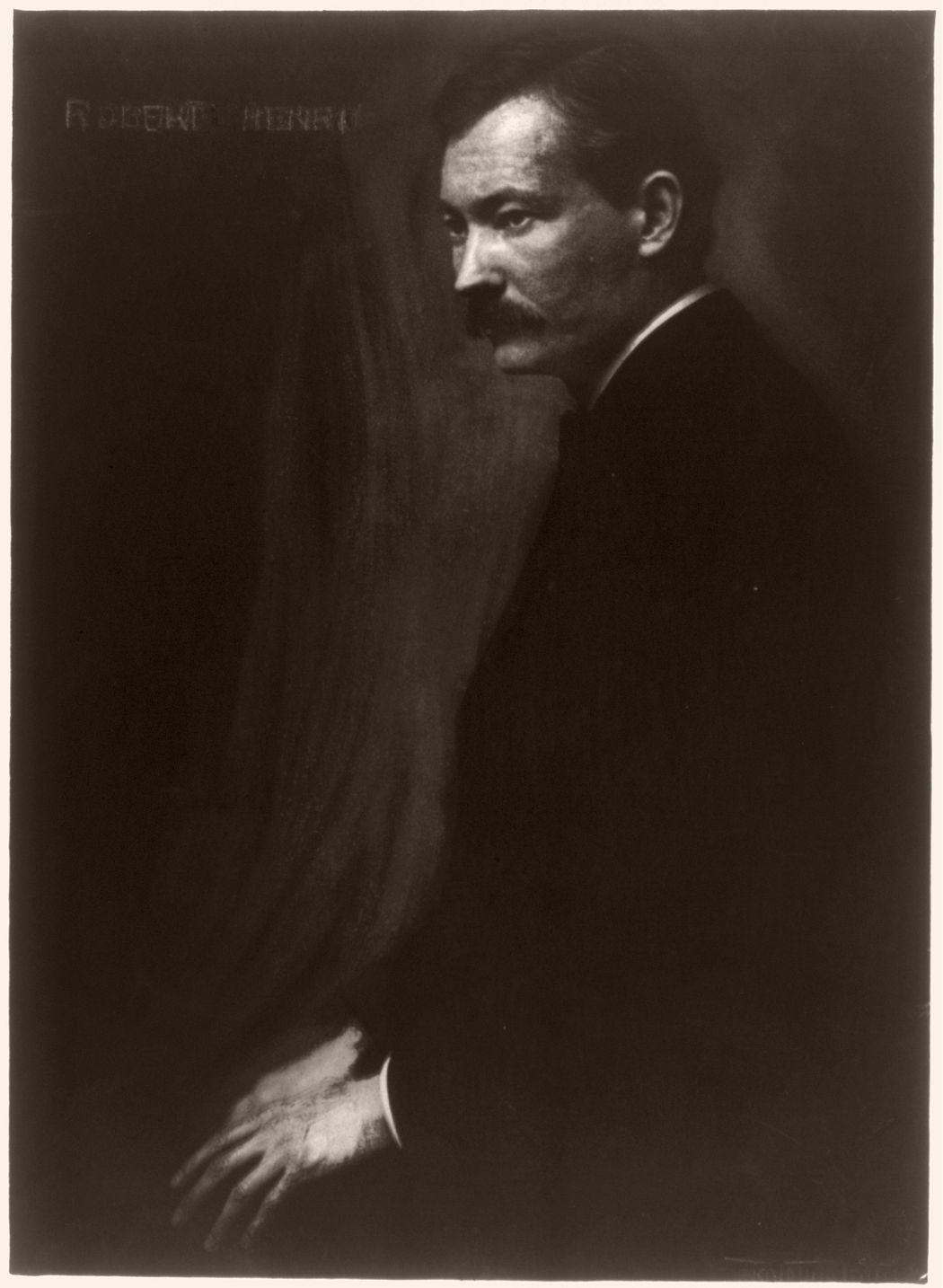 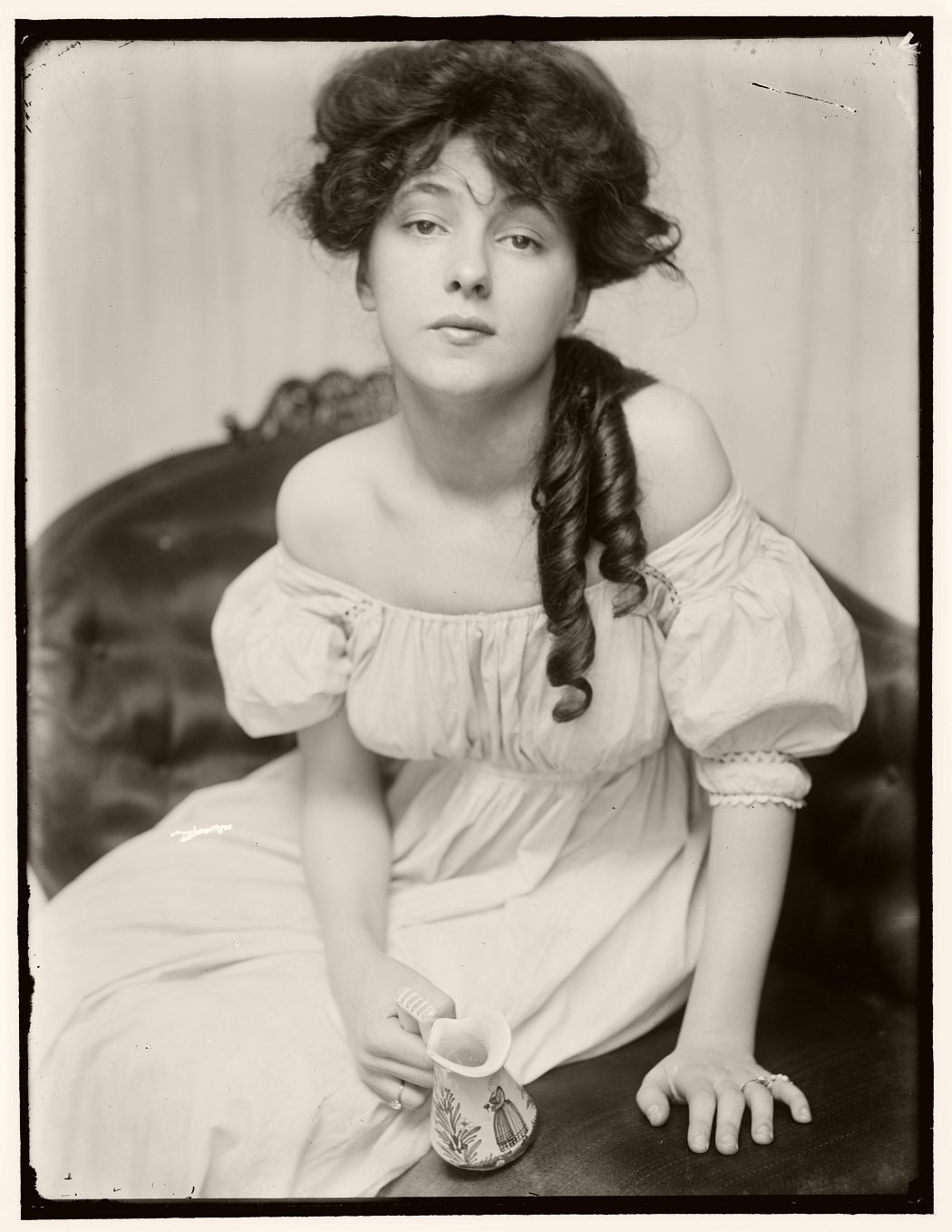 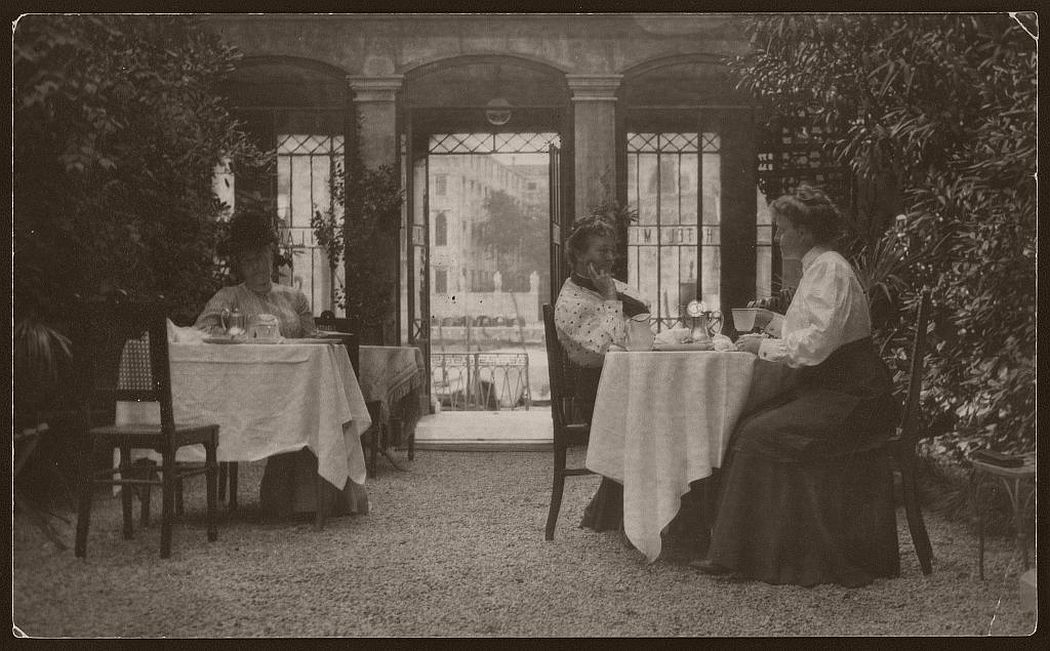