The most significant event in the early growth of the town occurred in 1846, with the completion of a branch line to Blackpool from Poulton on the main Preston and Wyre Joint Railway line from Preston to Fleetwood. Fleetwood declined as a resort, as its founder and principal financial backer, Peter Hesketh-Fleetwood, went bankrupt. In contrast, Blackpool boomed. A sudden influx of visitors, arriving by rail, provided the motivation for entrepreneurs to build accommodation and create new attractions, leading to more visitors and a rapid cycle of growth throughout the 1850s and 1860s. In 1851 a Board of Health was formed. Gas lighting was introduced in 1852, and piped water in 1864. By 1851, the town’s population was over 2,500.

The growth was intensified by the practice among the Lancashire cotton mill owners of closing the factories for a week every year to service and repair machinery. These became known as wakes weeks. Each town’s mills would close for a different week, allowing Blackpool to manage a steady and reliable stream of visitors over a prolonged period in the summer. 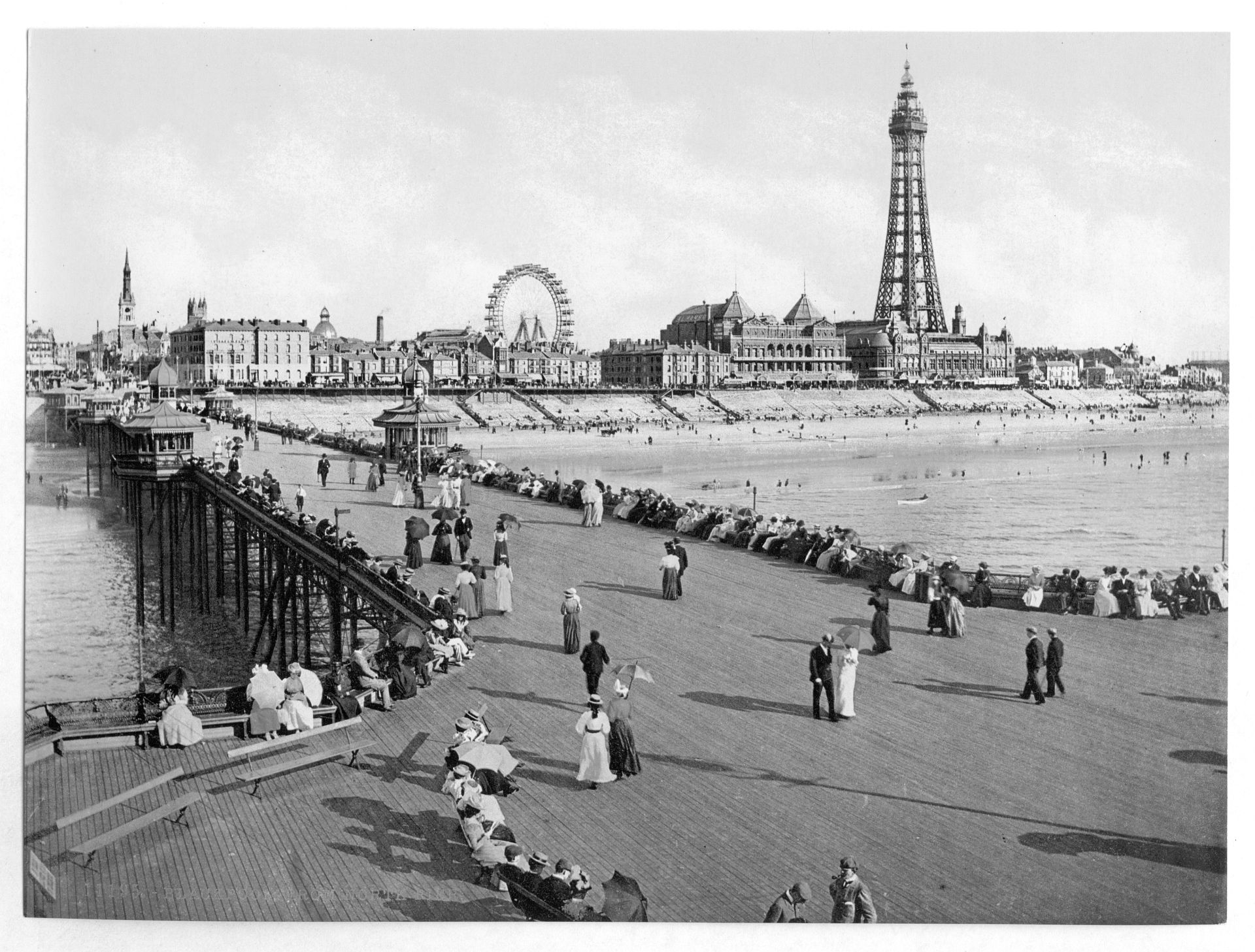 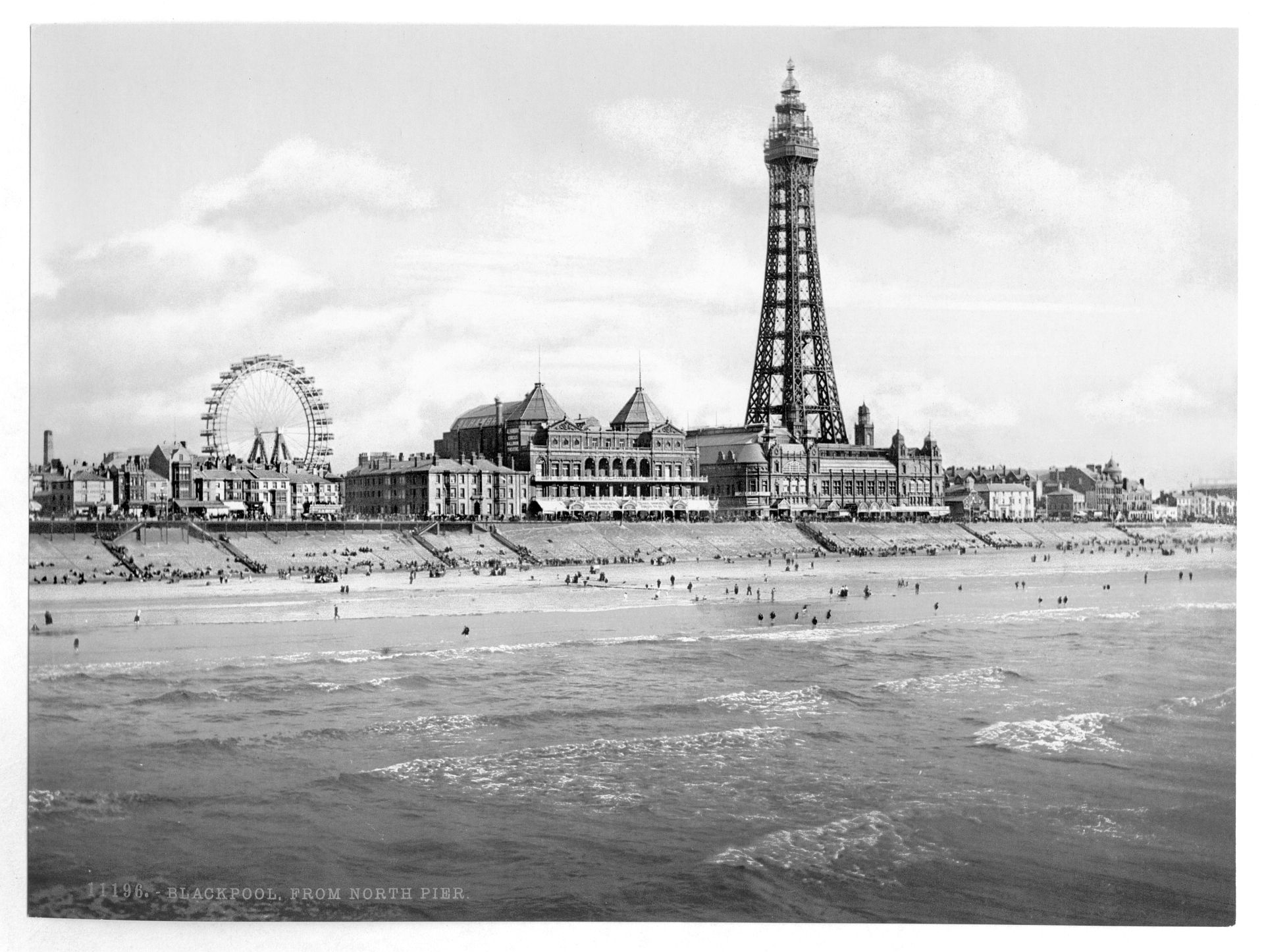 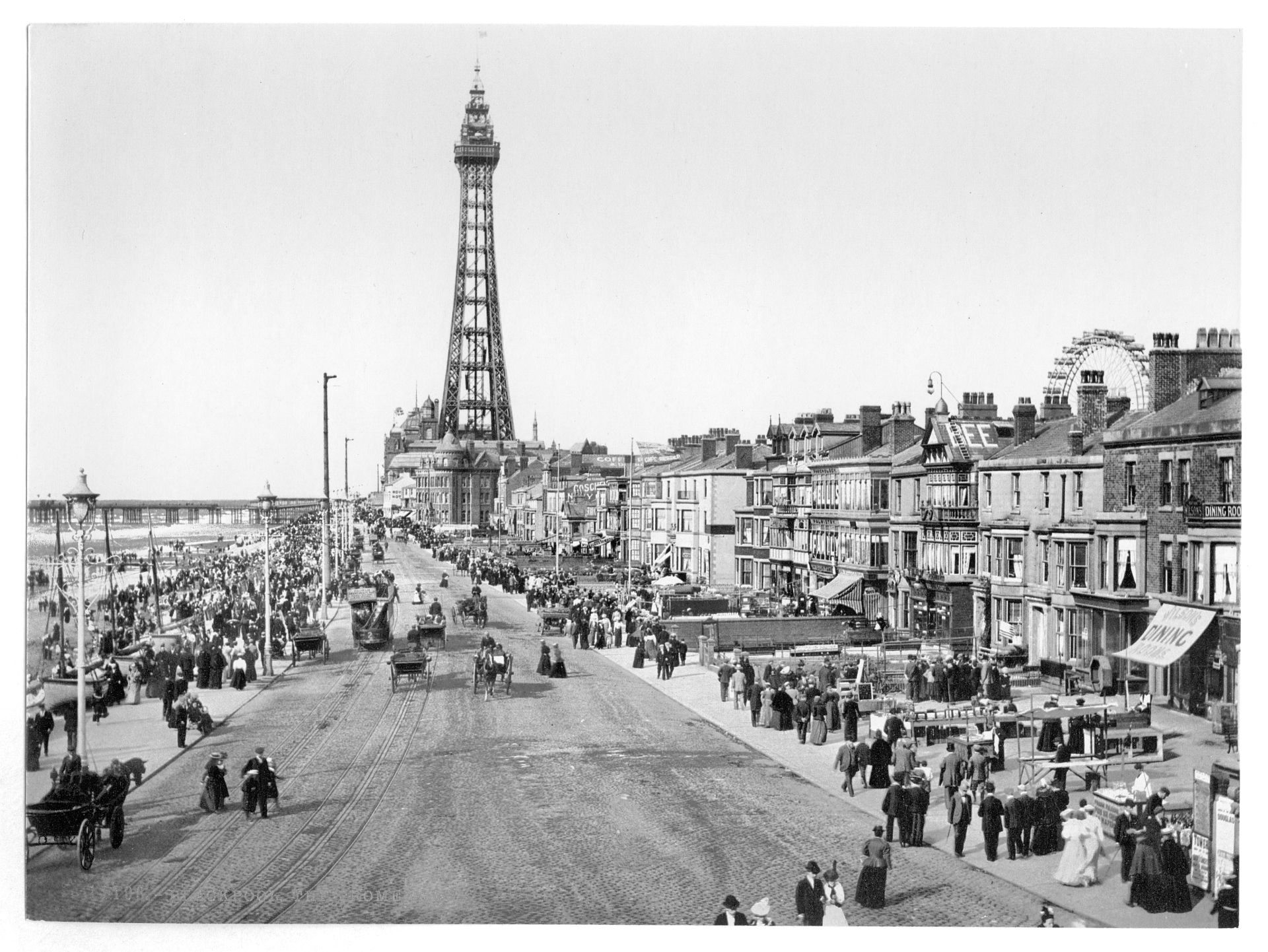 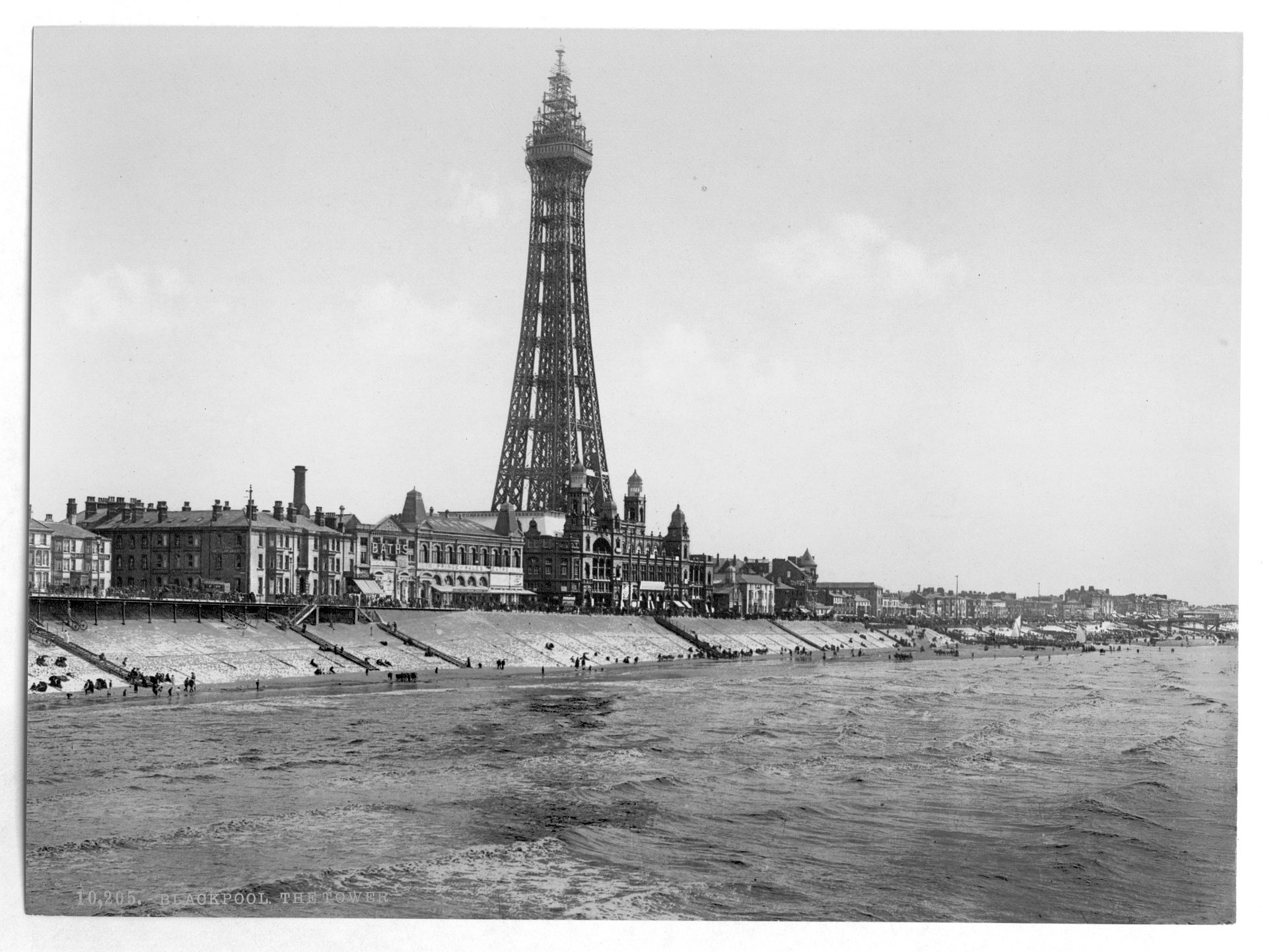 The Promenade and Tower from North Pier, Blackpool, England (1890s) 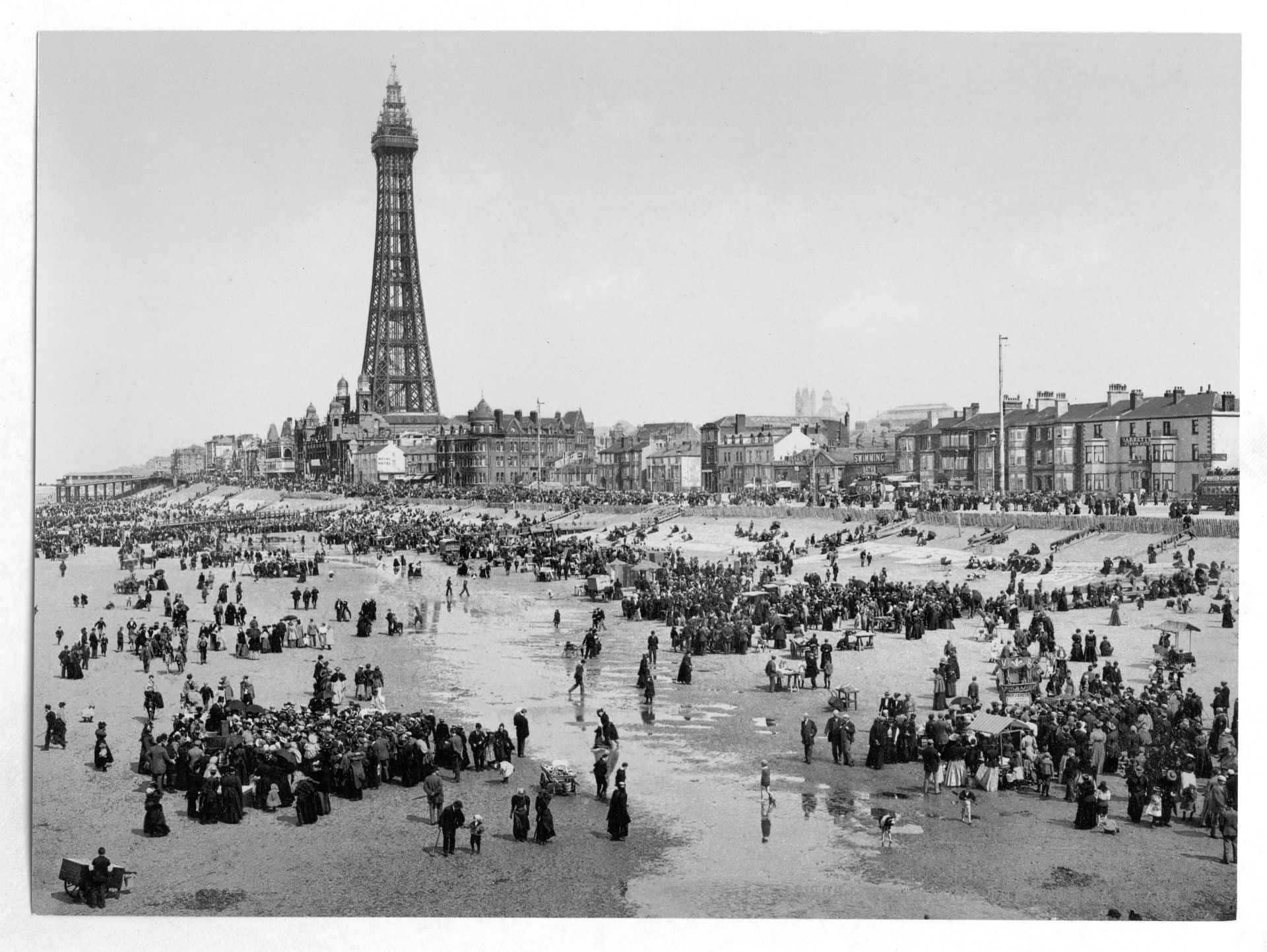 The Promenade and Tower from South Pier, Blackpool, England (1890s) 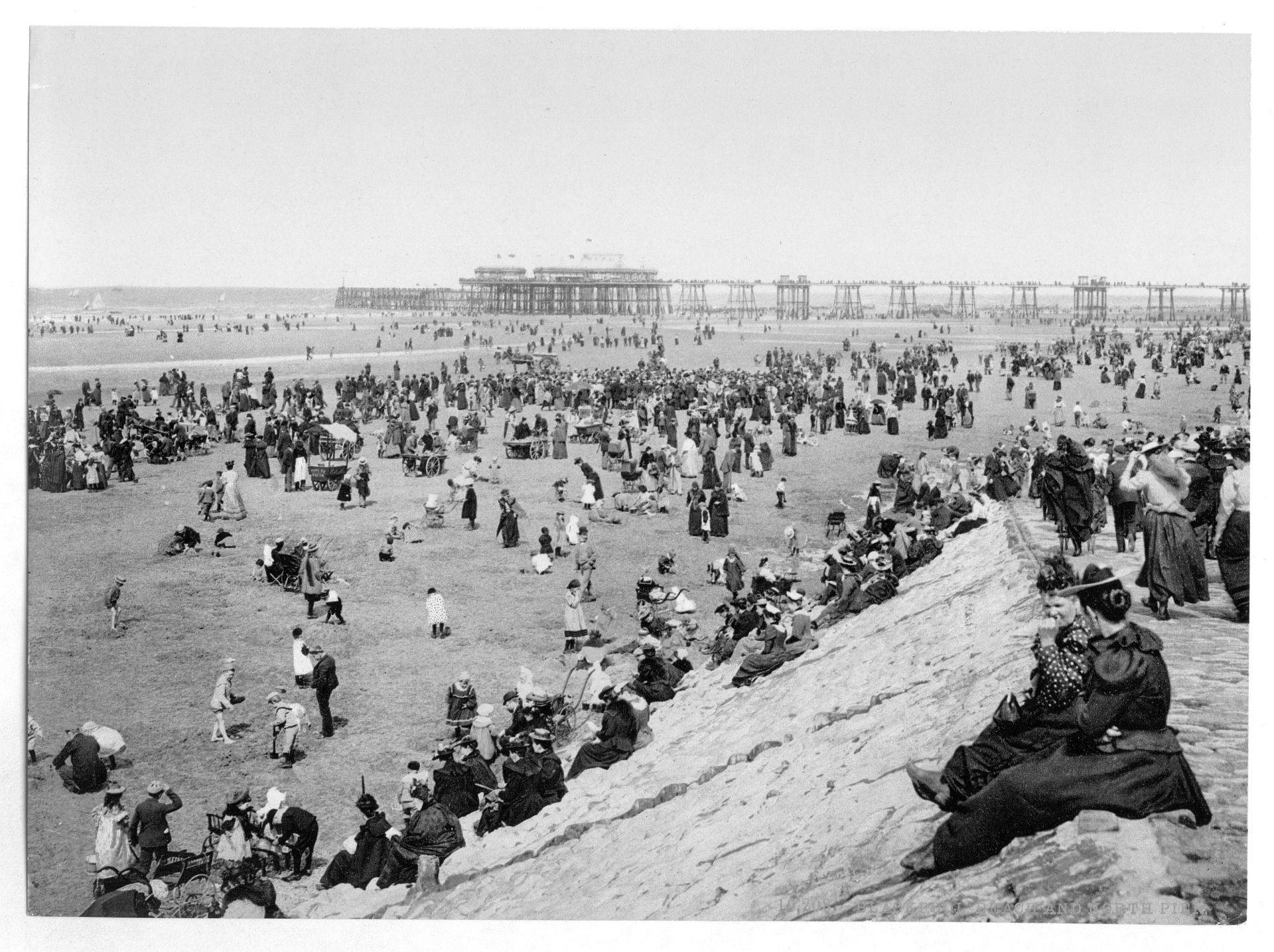 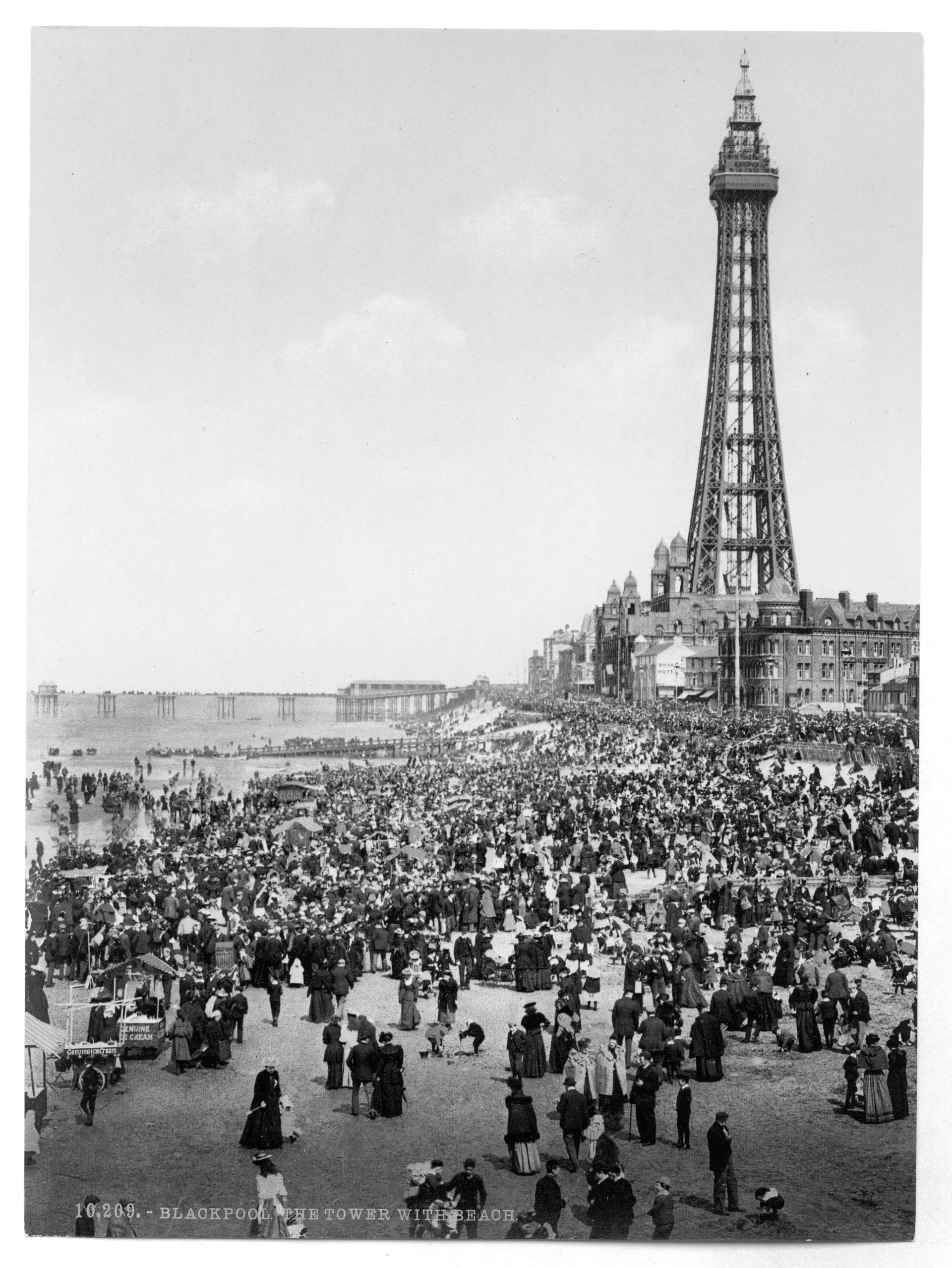 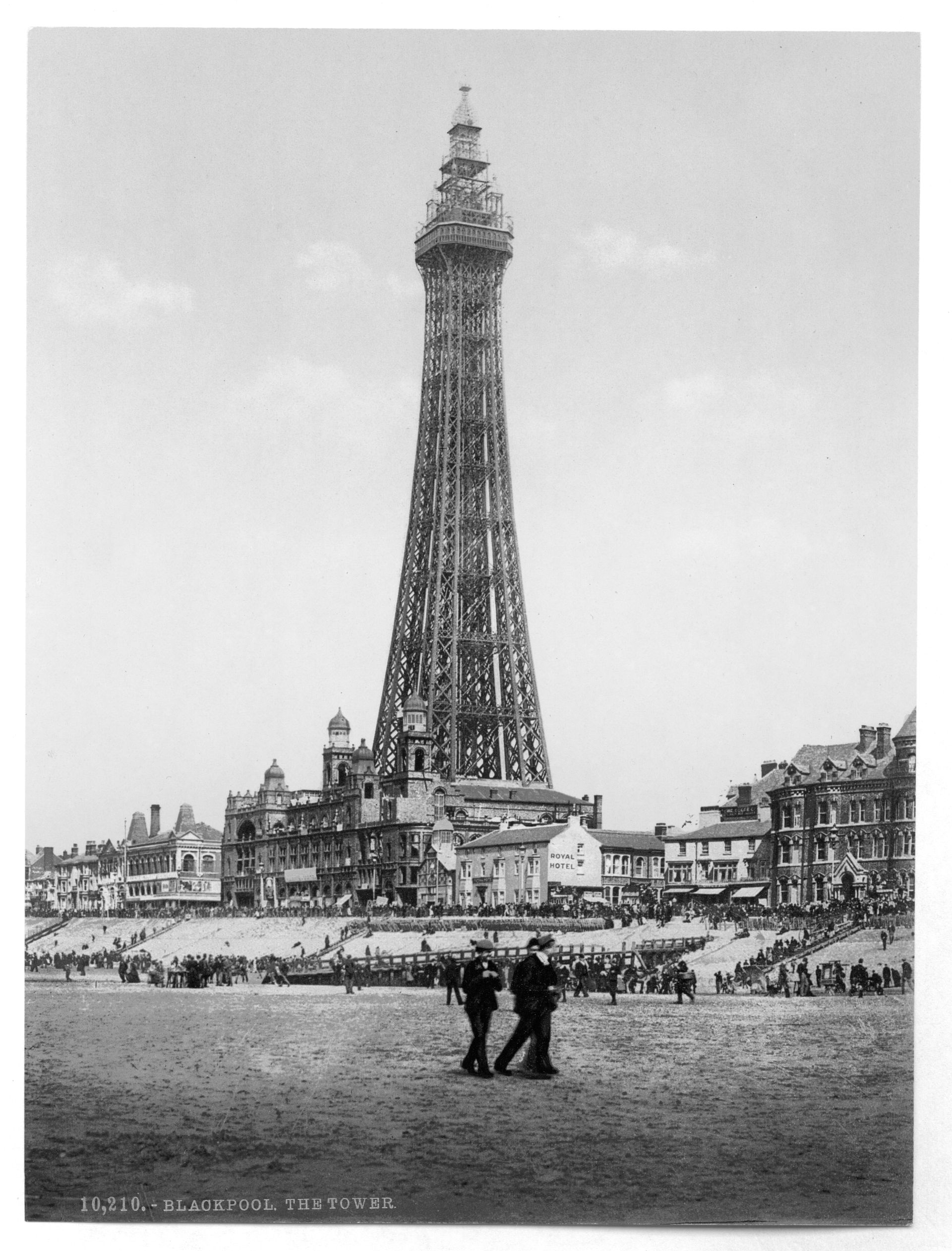 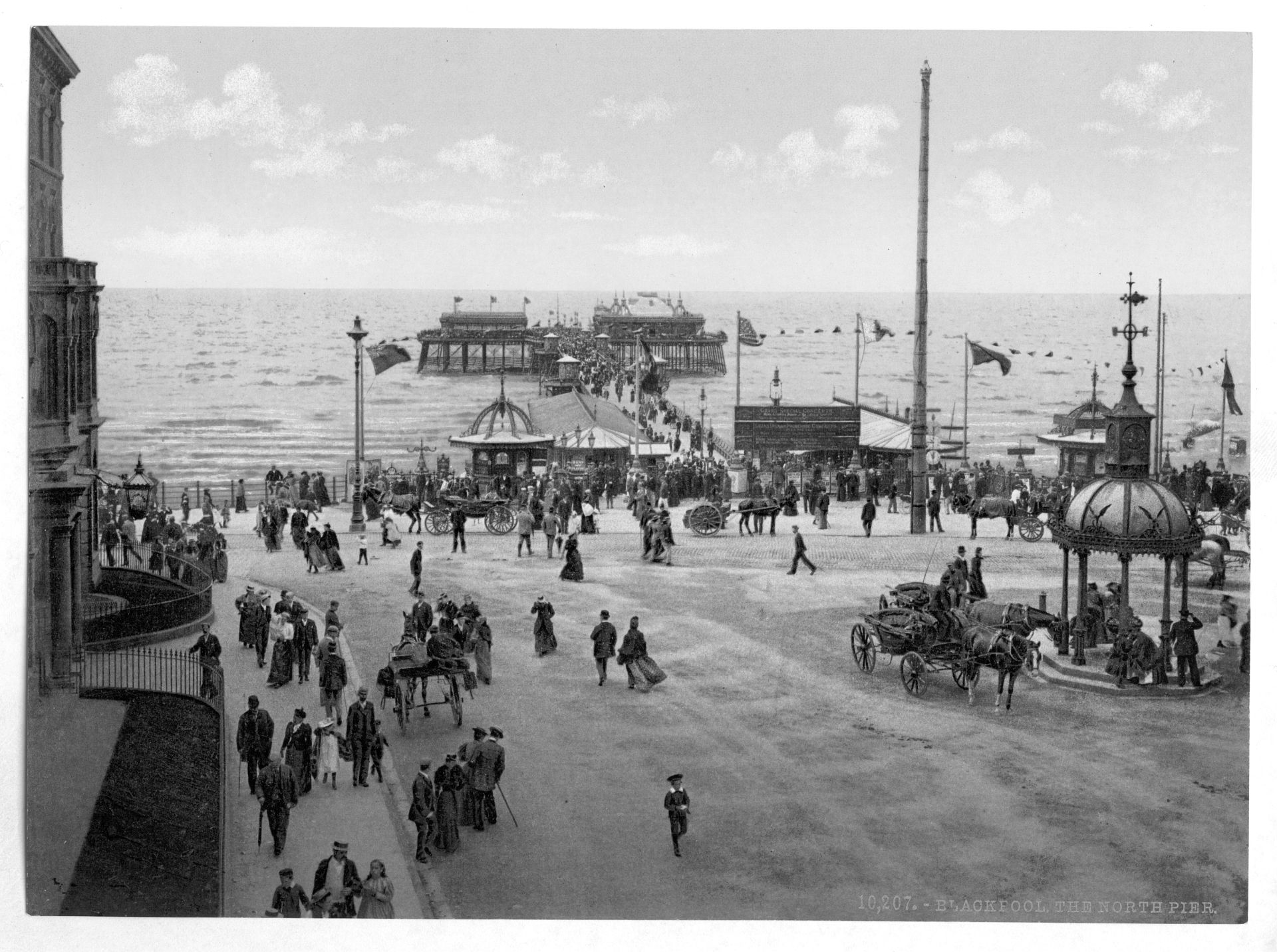 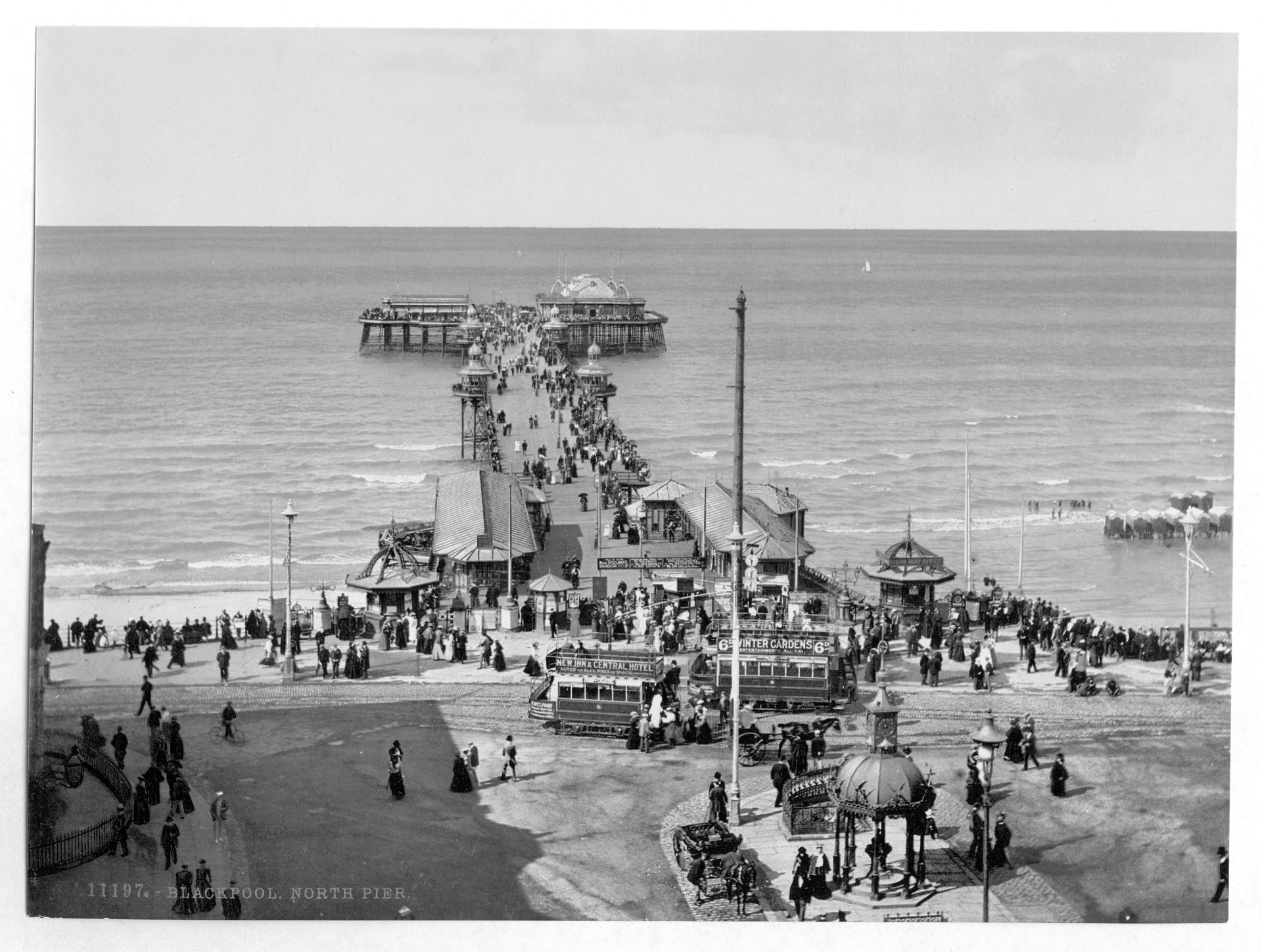