Home › News › We Shall Overcome: Documenting the Road to Freedom

The Fahey/Klein Gallery is pleased to announce the upcoming exhibition, We Shall Overcome: Documenting the Road to Freedom. The exhibition follows the moving journey of four acclaimed documentary photographers, Danny Lyon, Steve Schapiro, Flip Schulke, and Stephen Somerstein, as they each capture the Civil Rights movement in the American South in the 1960’s. The exhibition focuses specifically on the historic 1965 march from Selma to Montgomery, Alabama to demand free-and-clear voting rights for African Americans. These powerful photographs capture the heroes of the Civil Rights movement–Dr. Martin Luther King Jr., Rosa Parks, and James Baldwin–but also the countless grass-roots organizers and anonymous marchers who risked everything to trudge a long, dusty, and violent path to equality.

Danny Lyon is one of the most important American photographers of the 20th century to renew the medium’s focus on documentation and social justice. In the summer of 1962, Danny Lyon, a University of Chicago History student, packed a bag and a camera and hitch-hiked south to photograph the burgeoning civil rights movement. Within a week, he was jailed in Albany, Georgia with another prisoner, Dr. Martin Luther King Jr. Soon after, Danny Lyon became the first staff photographer for the Atlanta-based Student Nonviolent Coordinating Committee, where Lyon would be present at some of the most violent and dramatic moments of civil rights history: Black Monday in Danville, Virginia; the aftermath of the bombing of the Sixteenth Street Baptist Church in Birmingham; the March on Washington in 1963; the violent winters of 1963 and 1964 in Atlanta; and the Mississippi Freedom Summer of 1964.

Lyon continued his commitment for photography as a medium for social change and went on to create several powerful documentary projects based on cultures and communities he immersed himself in, including the Chicago Outlaws Motorcycle Club, and death-row prisoners in Texas.

In the early 1960’s Steve Schapiro began working as a freelance photographer for publications such as LIFE, Rolling Stone, TIME and Newsweek. Schapiro worked amid the height of the Civil Rights movement and captured some of the most poignant moments of the movement including the march from Selma to Montogomery, as well as the now iconic Dr. Martin Luther King Jr.’s abandoned motel room hours after his assassination. Schapiro recently delved back into his photographic archives and as a result the exhibition will include several previously unseen and unpublished images from Schapiro’s time documenting the Selma march.

Steve Schapiro worked extensively throughout the 1960’s covering stories on American culture and politics. In the 1970’s and 1980’s, Schapiro continued his documentary projects and also worked in Hollywood photographing behind the scenes of iconic films including “The Godfather”, “Taxi Driver”, “Chinatown”, and “Midnight Cowboy”.

Beginning in 1956, Flip Schulke started to cover the emerging Civil Rights movement in the American South. Through his close friendship with Dr. Martin Luther King Jr., Schulke’s images capture the movement from an intimate point of view. While photographing the movement, Schulke was threatened by white mobs, tear-gassed by police, nearly killed by snipers’ gunfire, and locked in police cars so he could not document demonstrations. Schulke captured many of the signature moments of the civil rights movement: he photographed James Meredith attempting to enroll as the first black student at the University of Mississippi in 1962, in 1963 he covered the march in Washington and his friend Dr. Martin Luther King Jr giving the infamous “I Have a Dream” speech at the Lincoln Memorial.

Flip Schulke’s personal collection of 11,000 photographs of Dr. King and his family are part of the collection of the Center for American History of the University of Texas at Austin, the largest private collection of civil rights images in the world.

Stephen Somerstein, a student in City College of New York’s night school and Picture Editor of the student newspaper, was closely following the growing Civil Rights movement. In a last minute decision, he grabbed five cameras and traveled by bus from New York to Alabama to document the march from Selma to Montogomery. Somerstein joined the demonstrators on the last day of the march, and his photographs capture the movement from his perspective surrounded by fellow marchers, looking out onto hecklers and bystanders alike. Somerstein’s photograph of Joan Baez standing before a crowd of marchers appeared as a two page spread in the New York Times Magazine–his first commercial sale of a photograph.

Civil Rights Photographs by Danny Lyon, Steve Schapiro, Flip Schulke, and Stephen Somerstein
We Shall Overcome: Documenting the Road to Freedom
March 26, 2015 – May 2, 2015 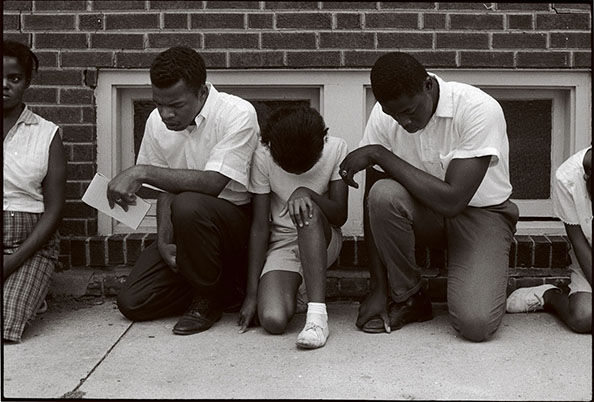 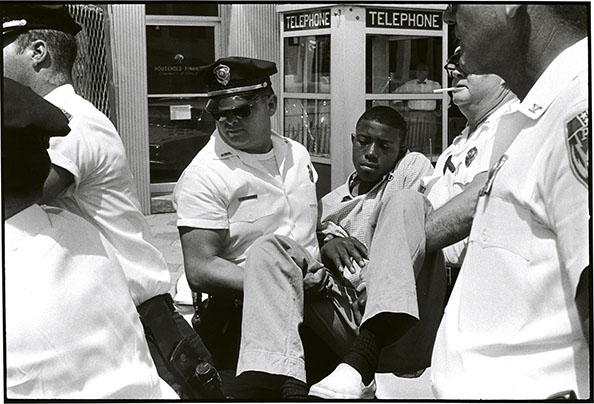 Danny Lyon – Eddie Brown calmly being carried off by the Albany police, 1962 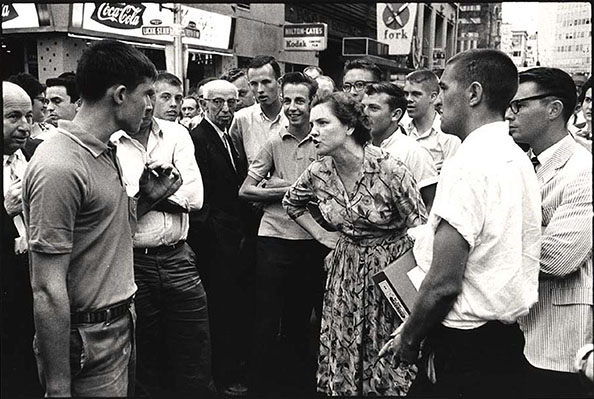 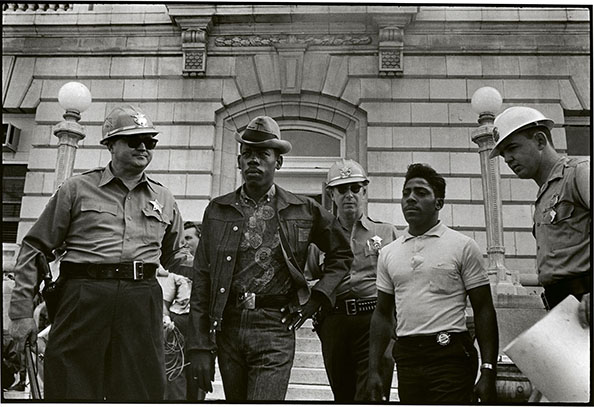 Danny Lyon – Sheriff Jim Clark arrests two demonstrators who displayed placards on the steps of the federal building in Selma, 1963 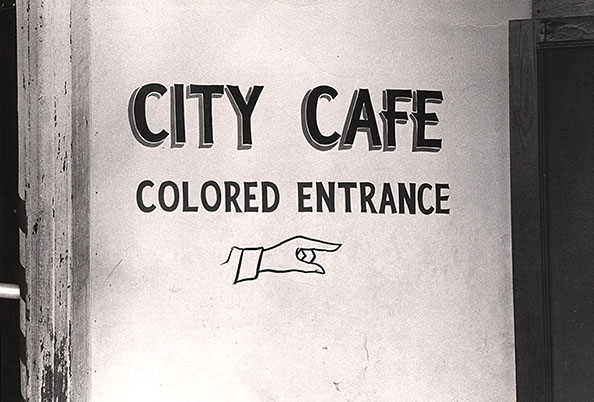 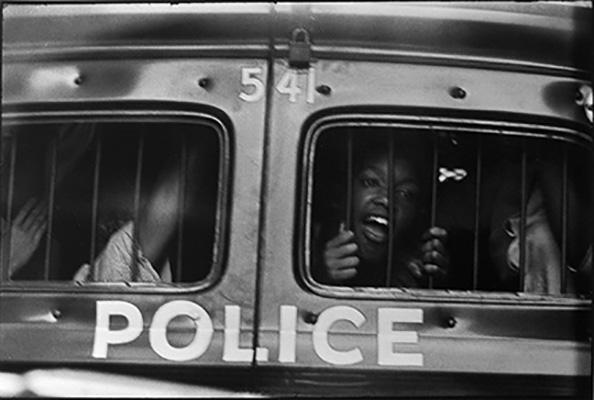 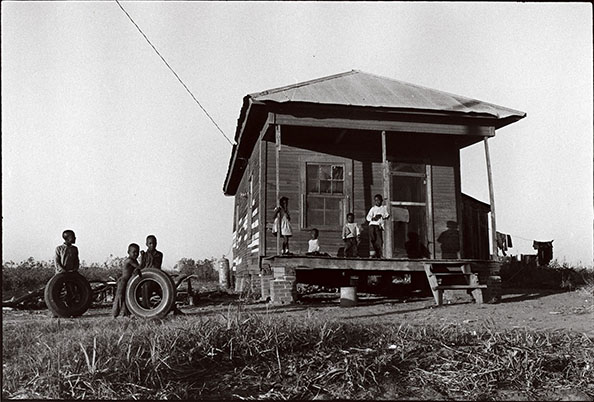 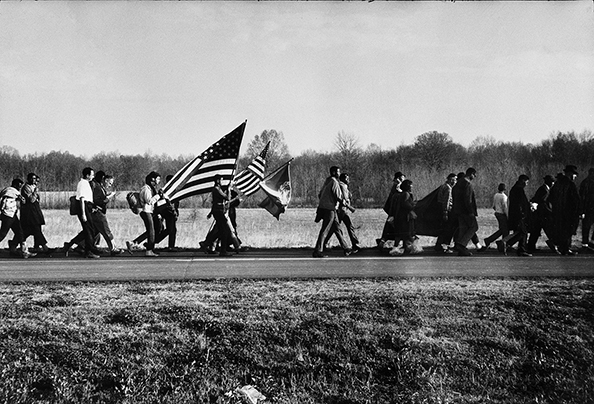 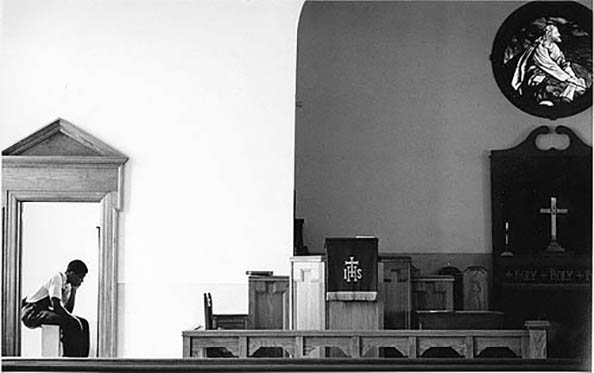 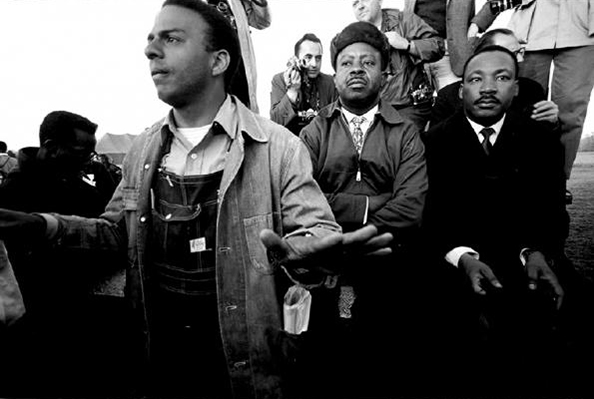 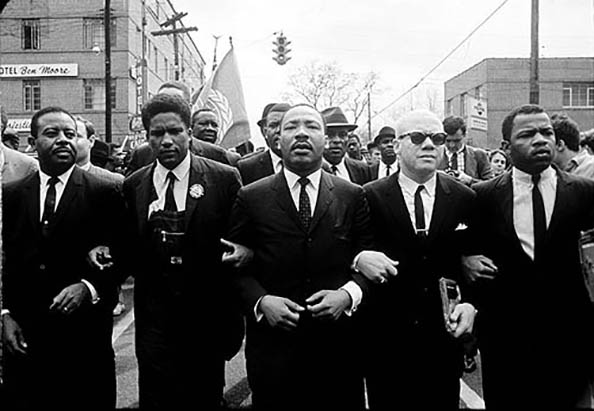 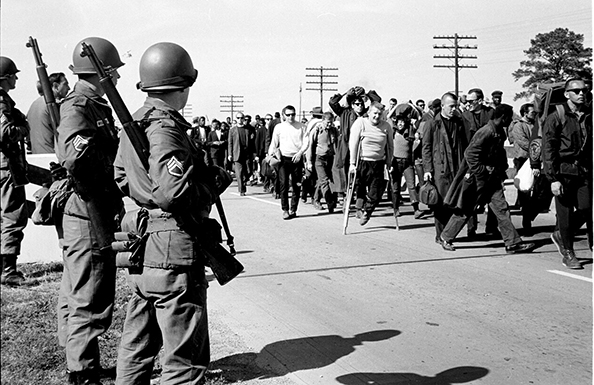 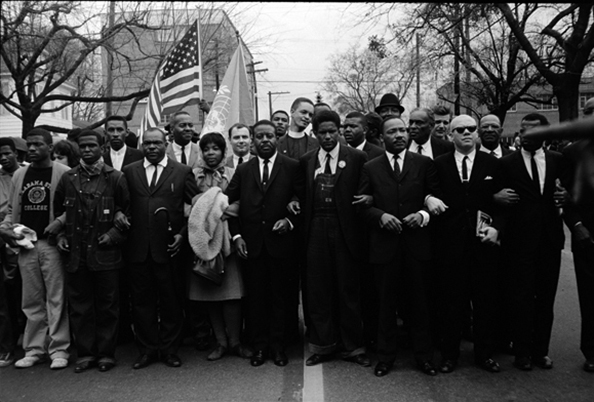 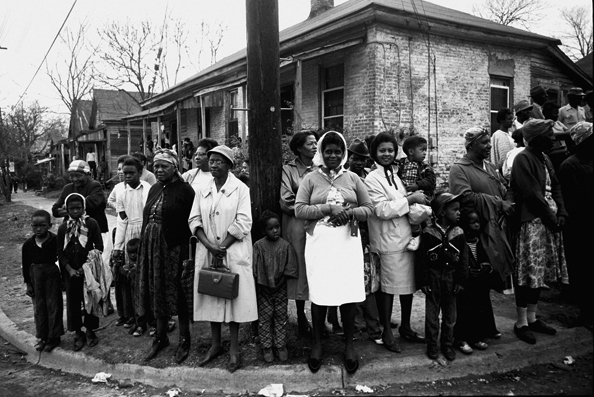 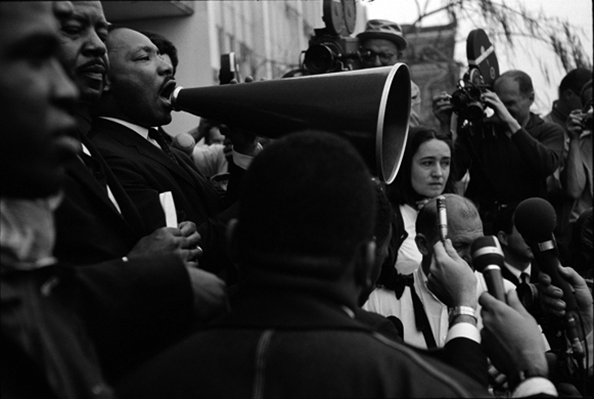 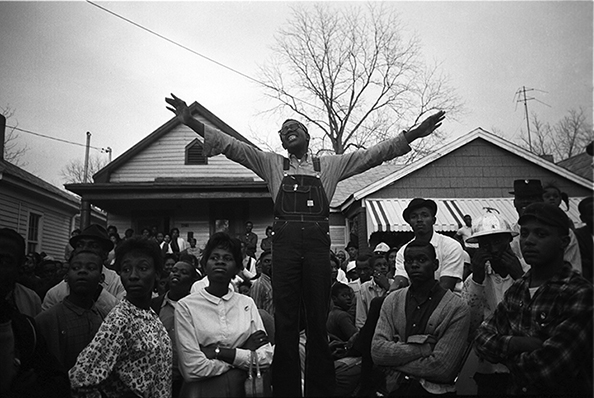 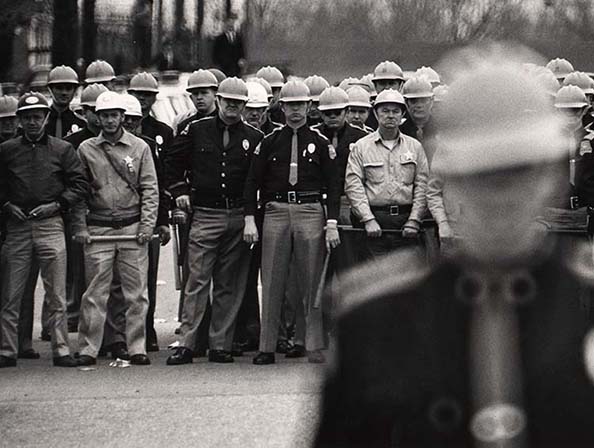 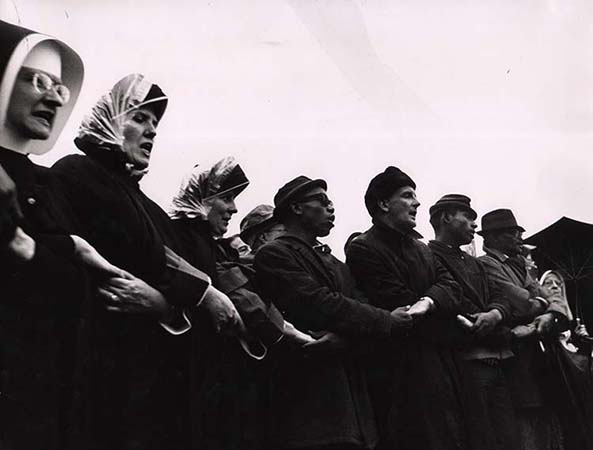 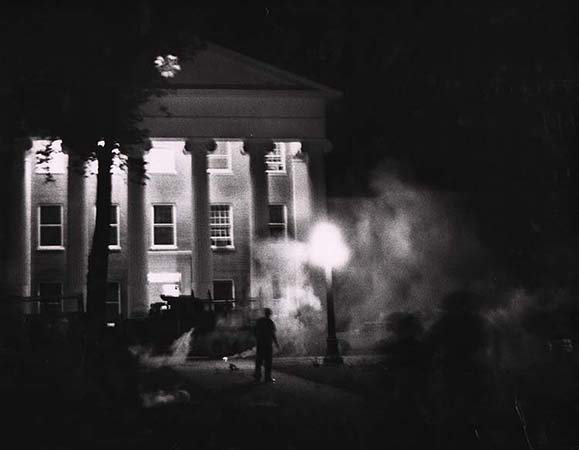 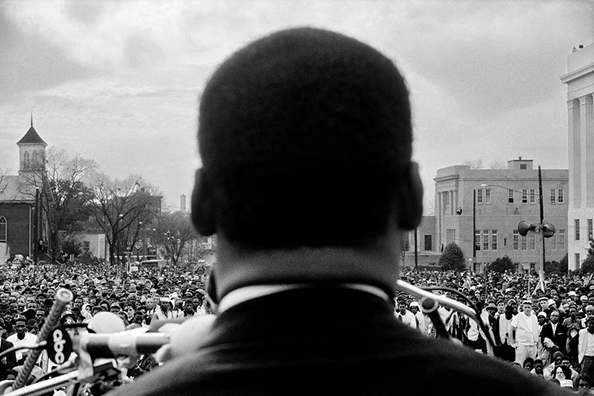 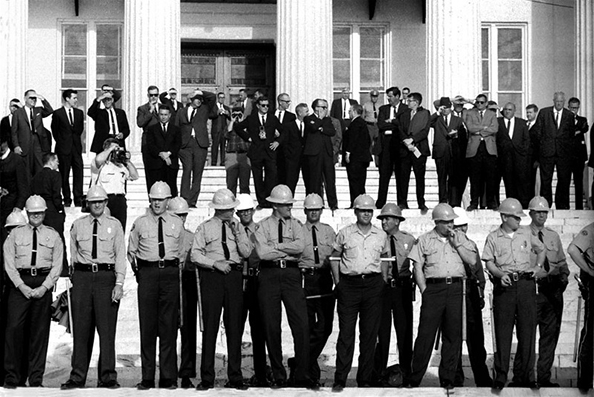 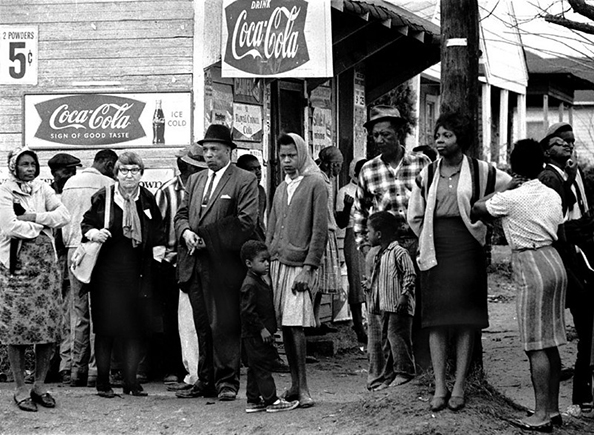 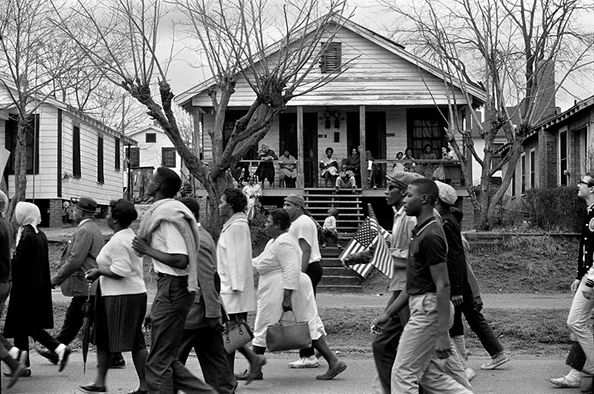 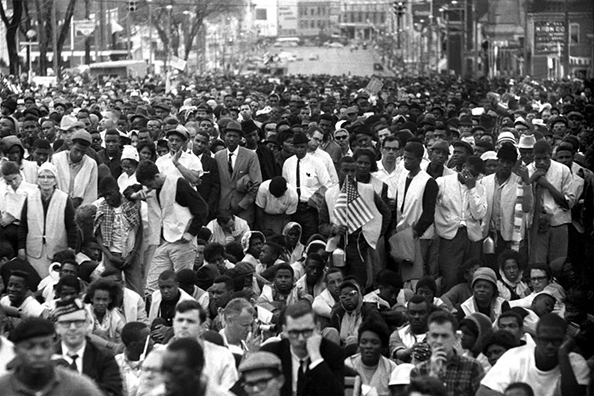