These rare and interesting vintage photographs from Camden’s Knox Mill treasurer Charles W. Babb (1863-1956) focus on his wife Theresa (1868-1948) and her family and friends from the late 19th century. Many of the descriptions are as Theresa wrote them on the negative envelopes. 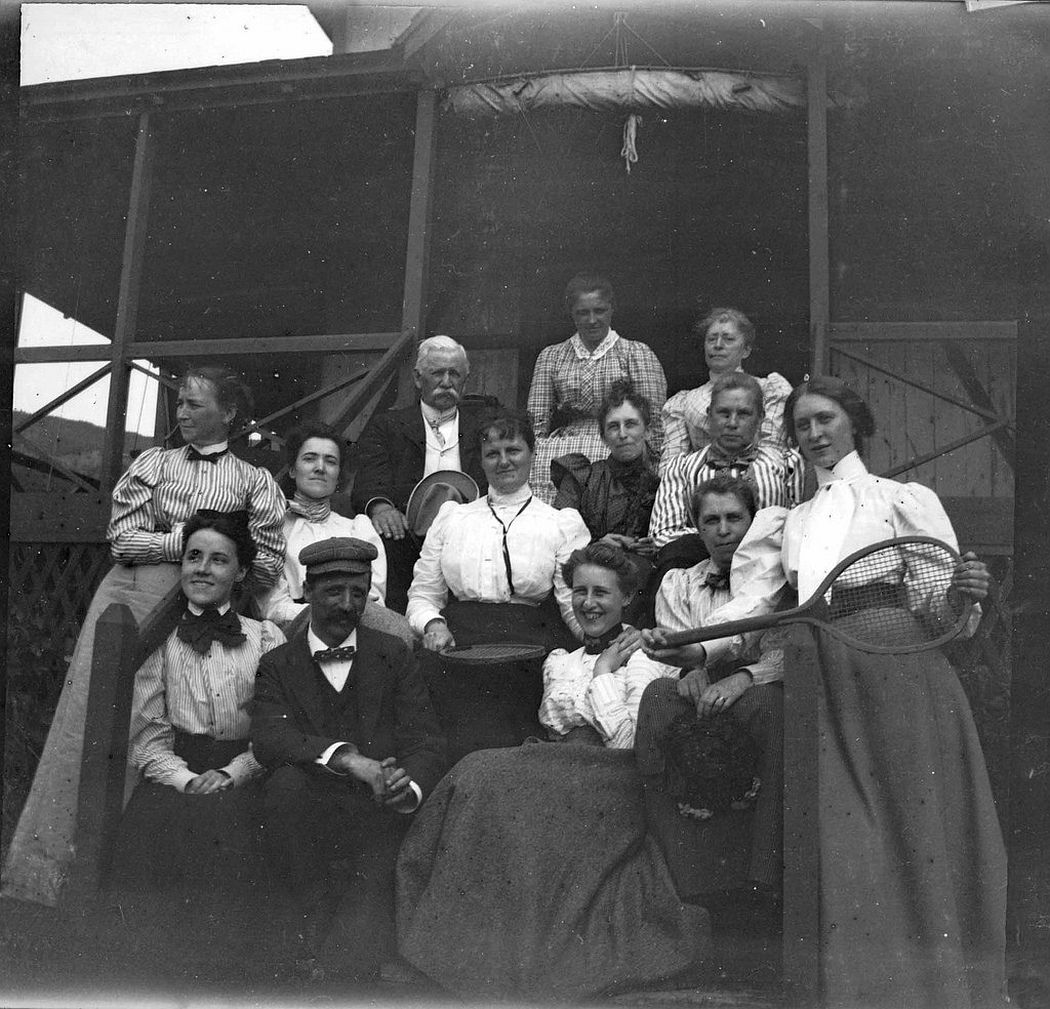 Camping crowd at Ogier Point, August 1900. Theresa’s sister Grace Parker is on the right with the tennis racket, and Father Brown is seated in back with white hair. 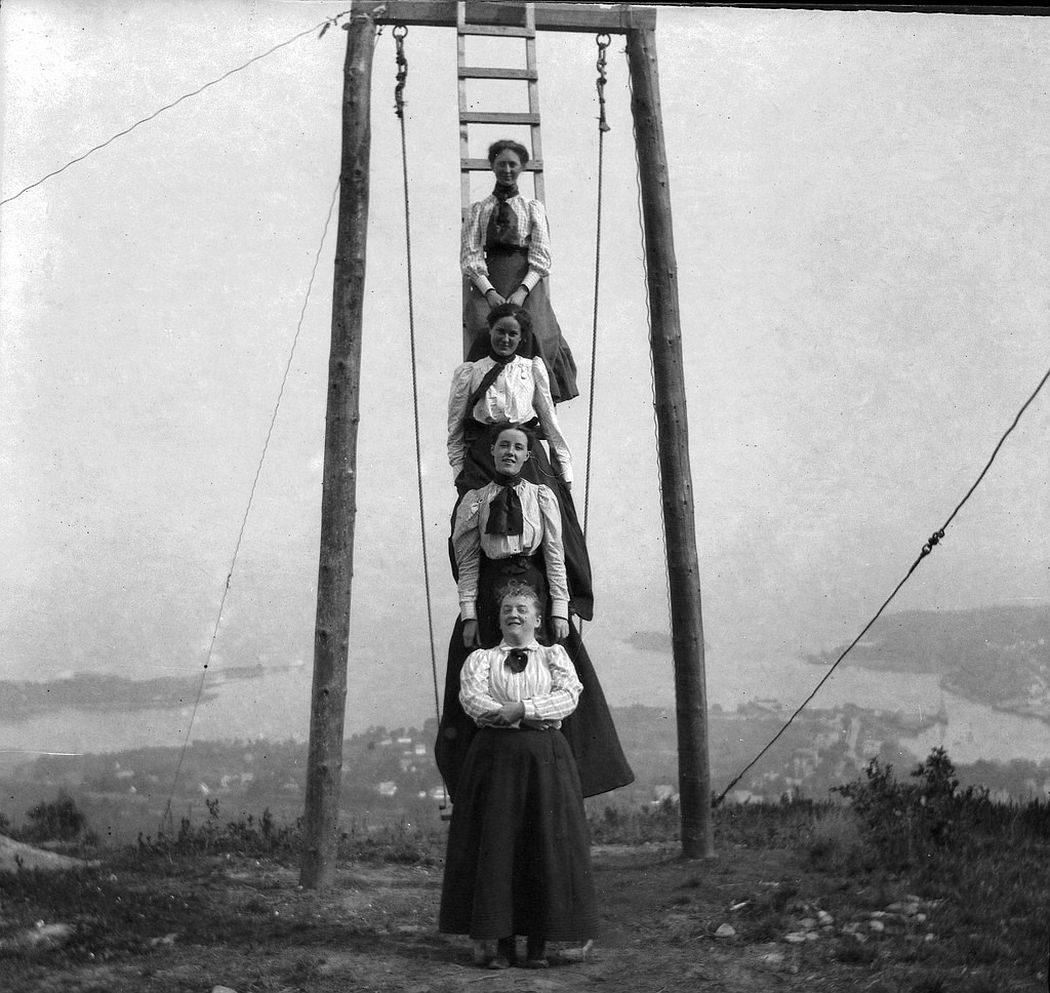 Friends and family of Theresa Babb perched on a ladder by the Summit House swing on August 17, 1898. Her sister Grace Parker is at the top of the ladder. The Summit House hotel was built in 1897 by Columbus Buswell. The property was purchased in 1899 by the Mt. Battie Association and renovated the same year. 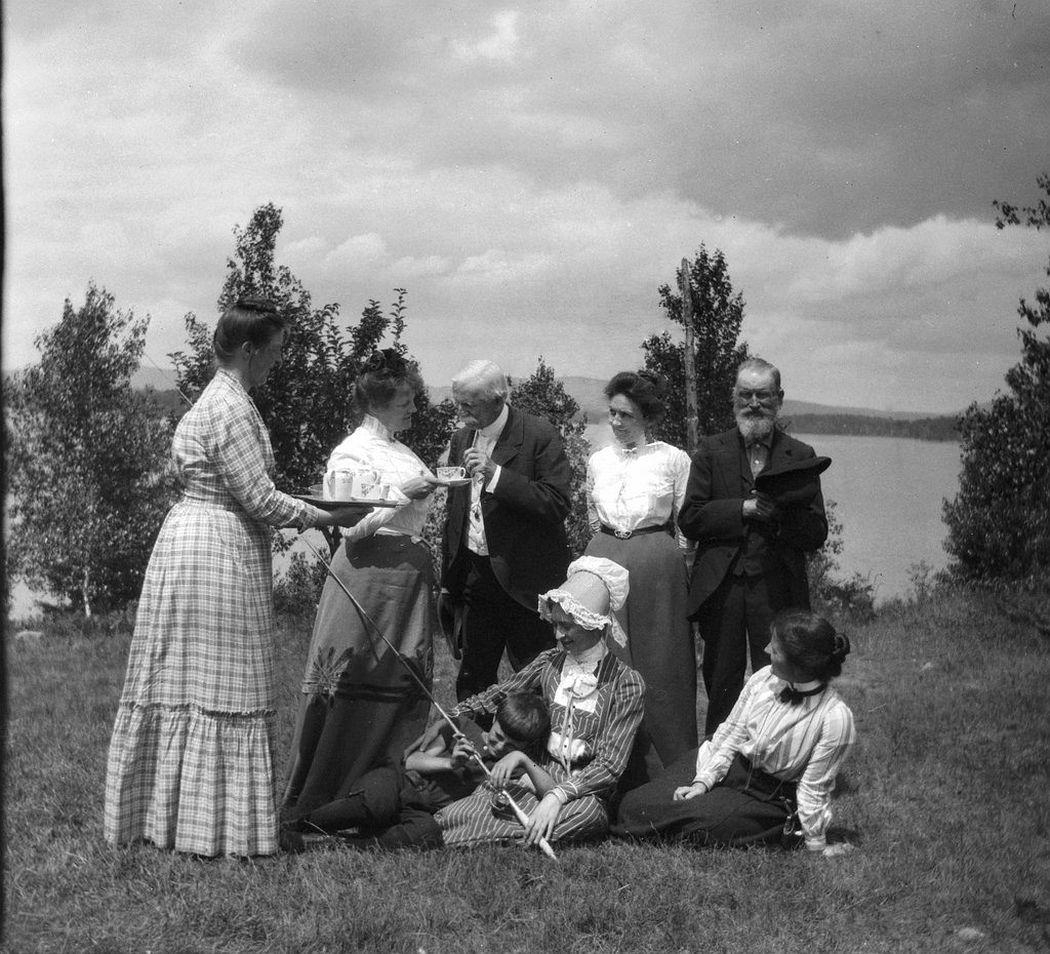 Father Brown taking tea with friends at Lake City in 1901. 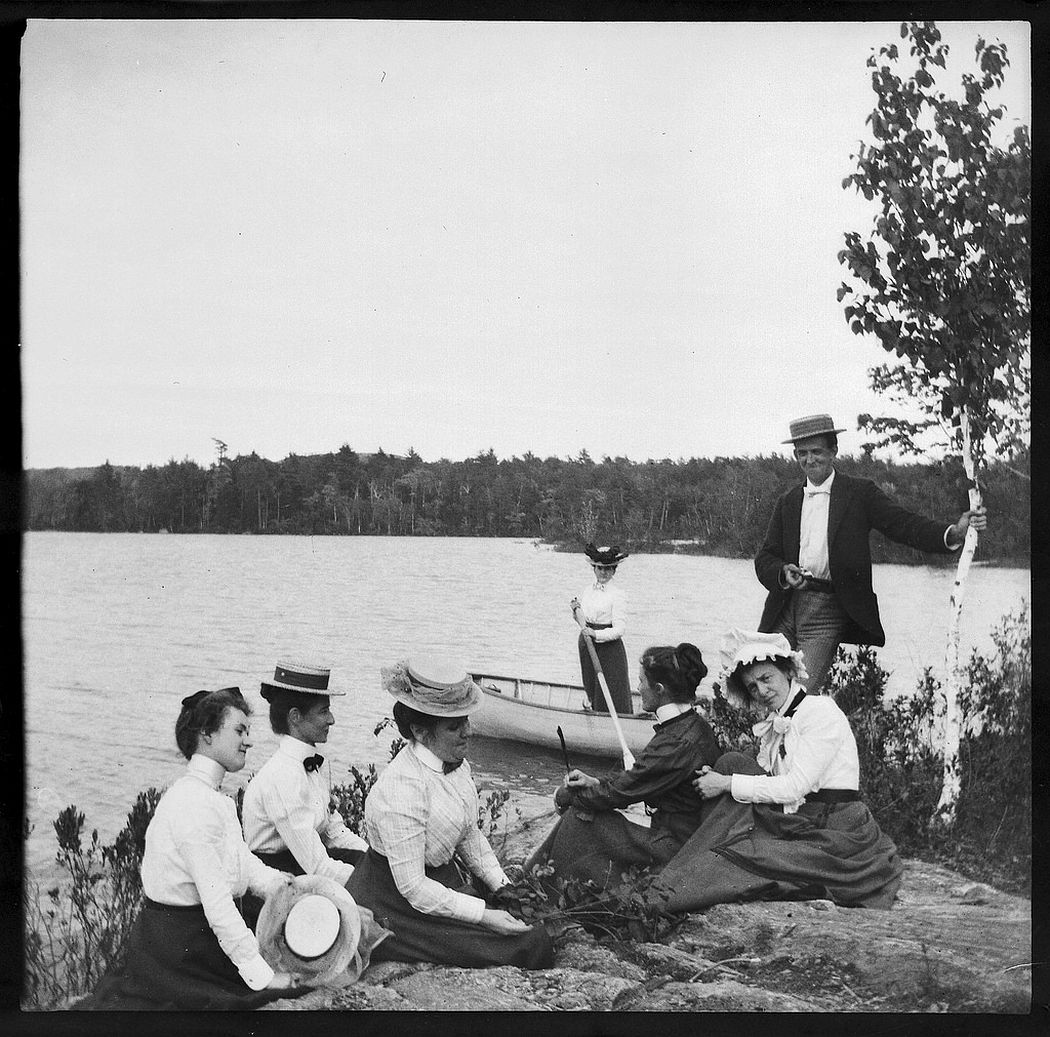 Boating at Lake City on Megunticook Lake in August 1899. 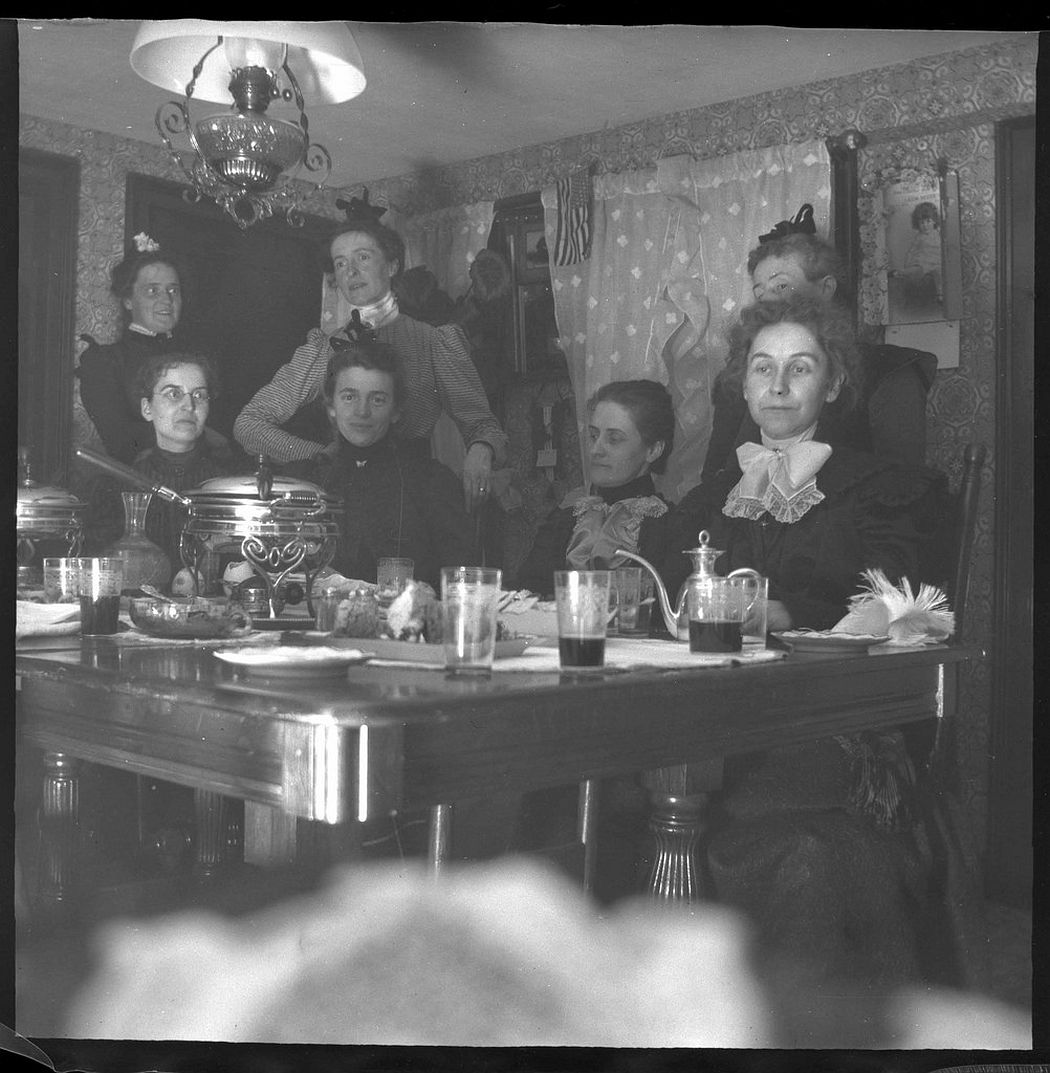 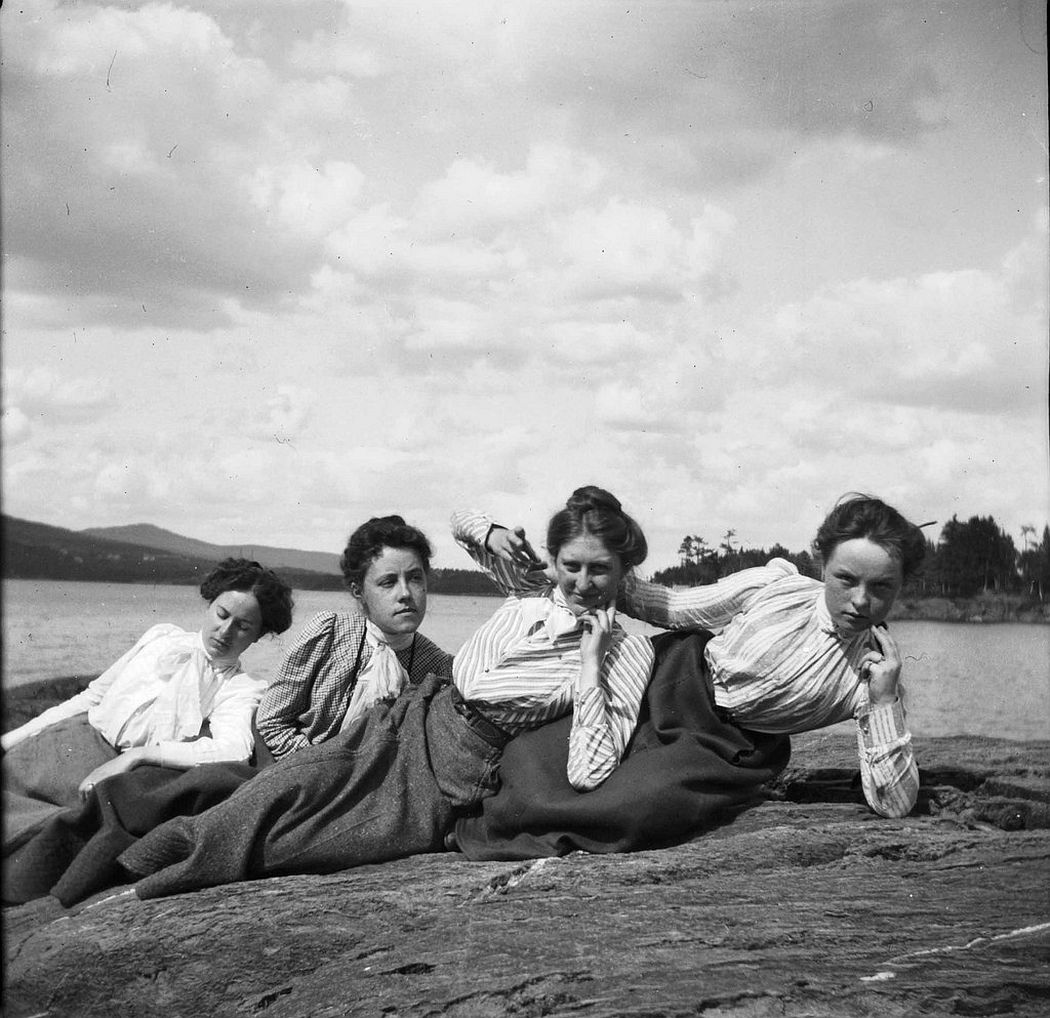 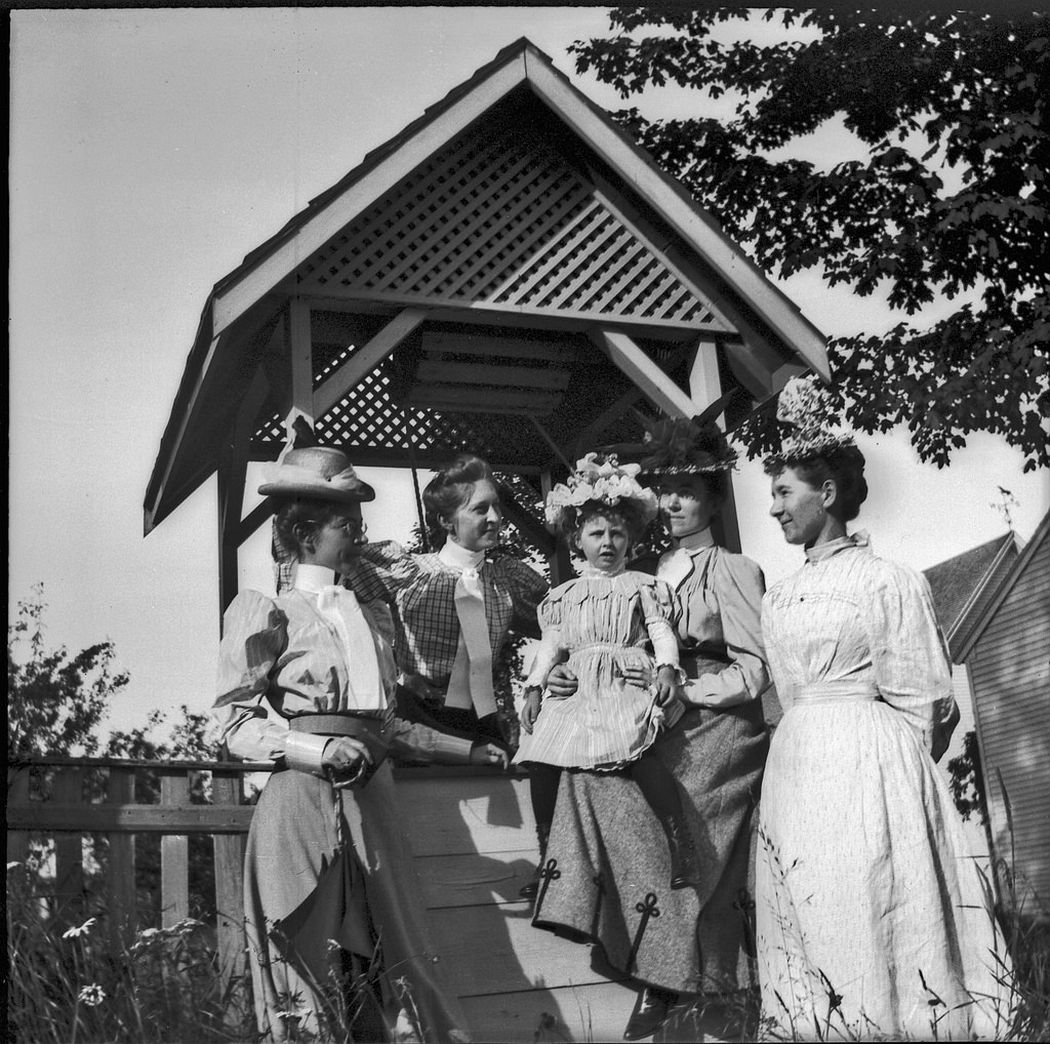 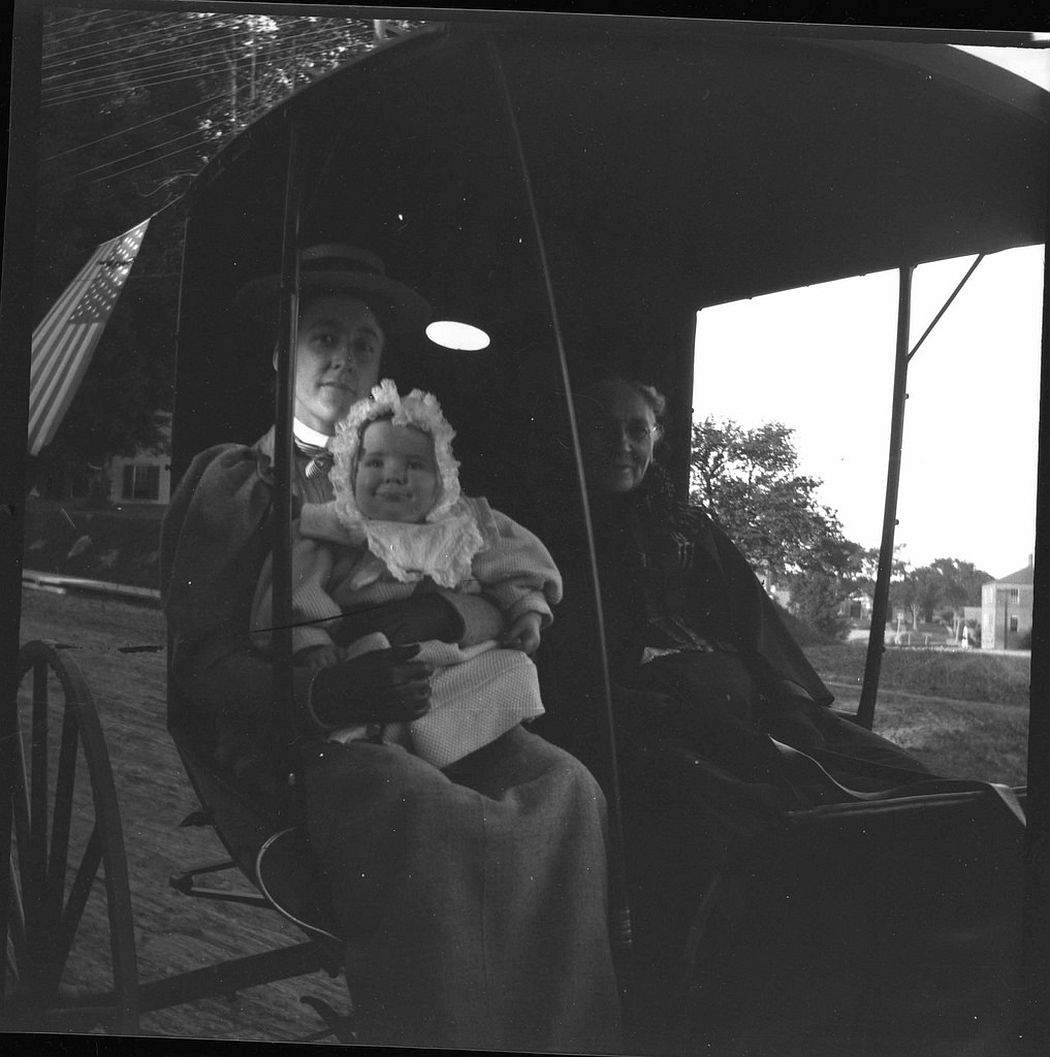 Nellie and baby Theodore in carriage with elderly lady. 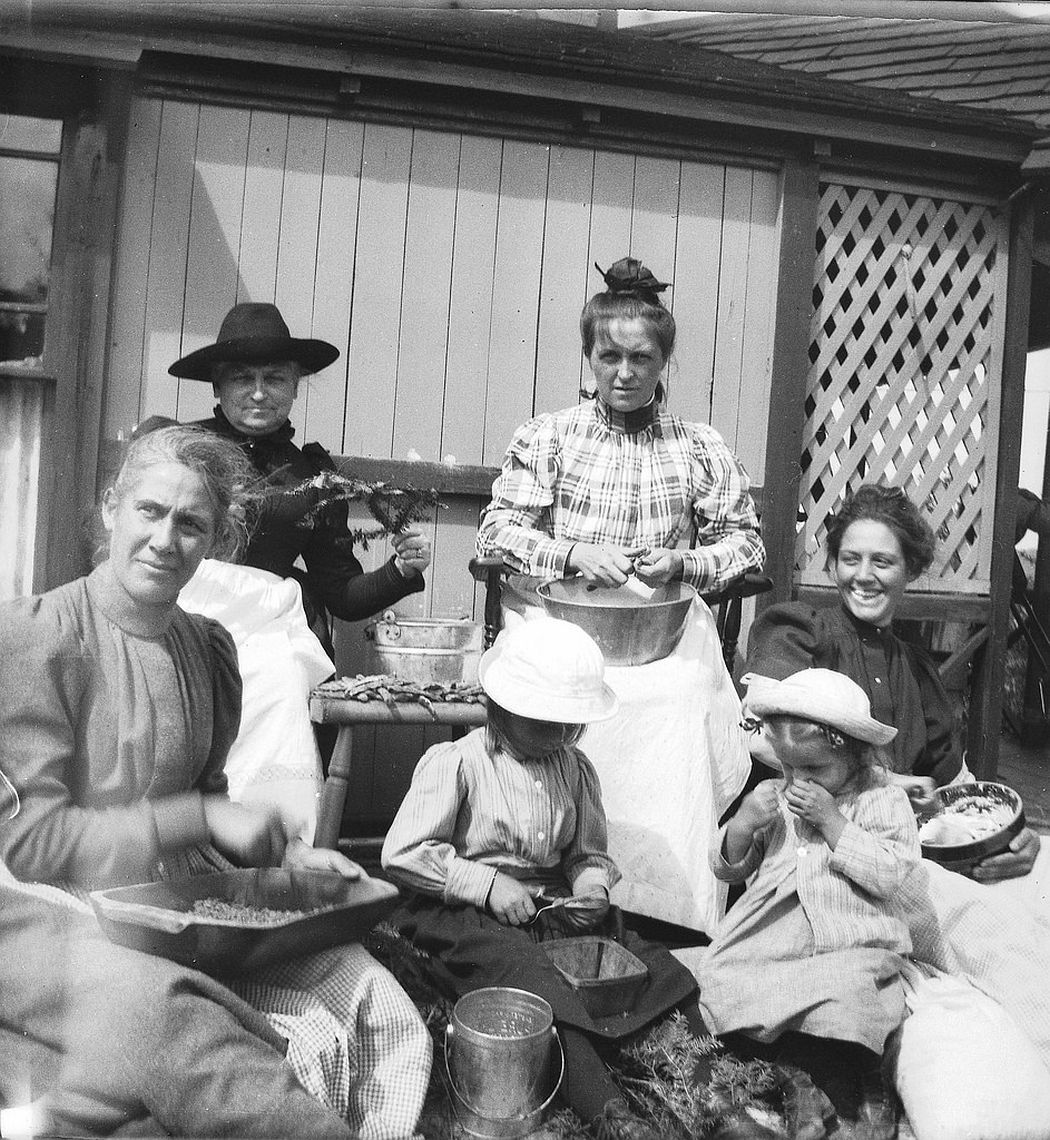 Working bee at Lake City, circa 1899. Lake City was located at Megunticook Lake in Camden. 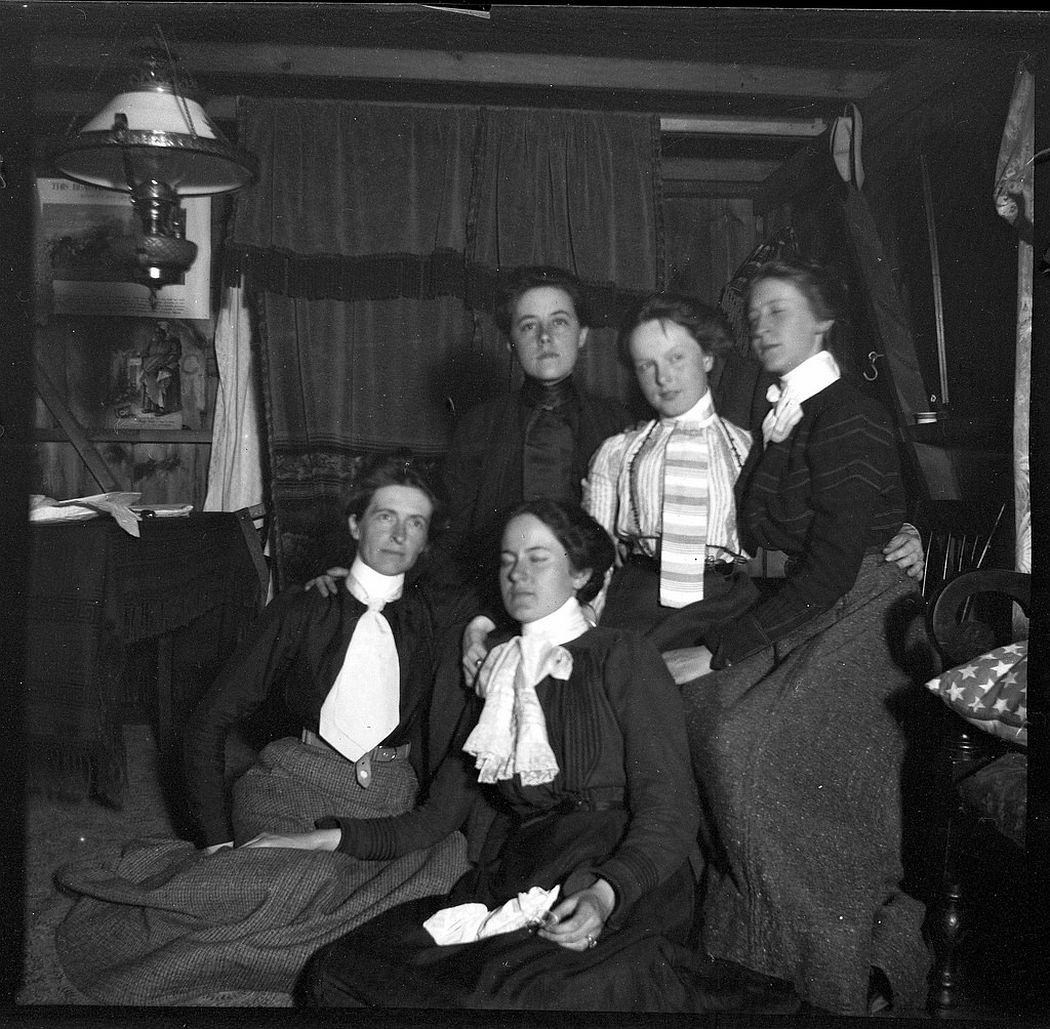 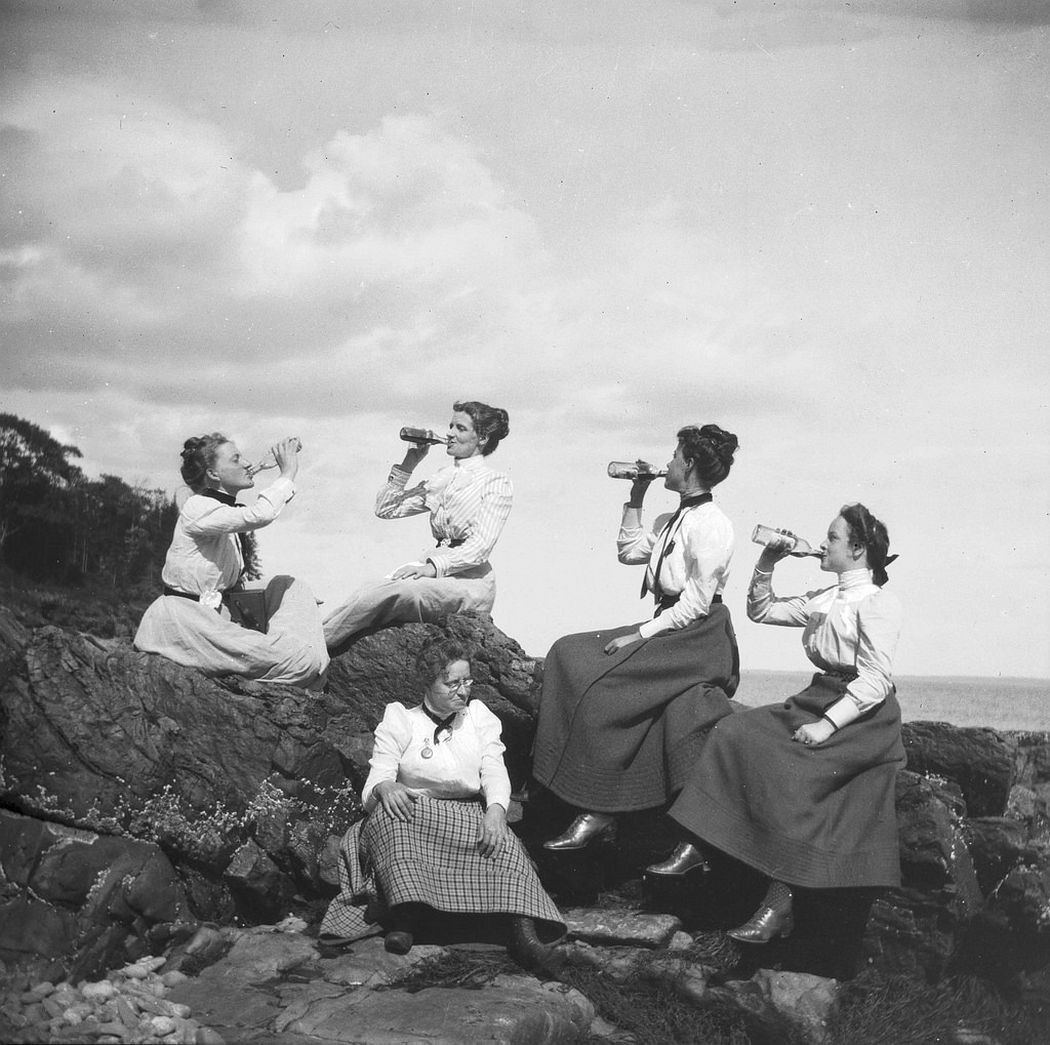 Picnic at Sherman’s Point, 1900. Theresa is 2nd from the left holding a bottle. 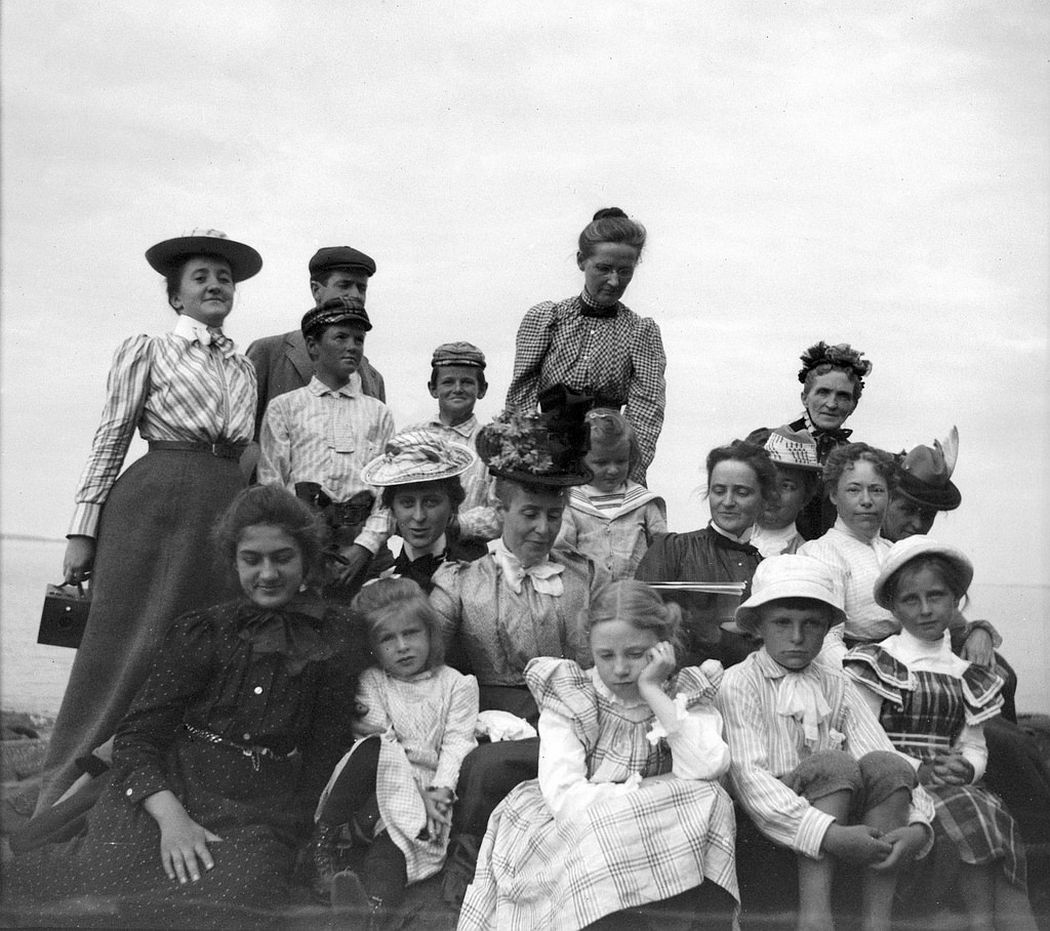 Group of family and friends of Theresa Babb having a picnic on Ogier Point in July 1900. Theresa’s sister Grace is in the middle with the white hatt, and their mother Mrs. Parker is at the far top right.