Sometimes now you might hear the word “artisan” which often said to make things look skillfully  made and good. However hundred something years ago all over the world things mainly were “artisan” – made by local craftsman. If we know some traditional craftsmen of the West and their craft survived till our days (this is what they sell as “artisan” now) the old Russian crafts on contrary is very much lost, mostly due to the Soviet intent for collectivization and industrialization. However there are still some old photos depicting old Russian artisans – mainly peasants at their craft with captions what exactly they do. 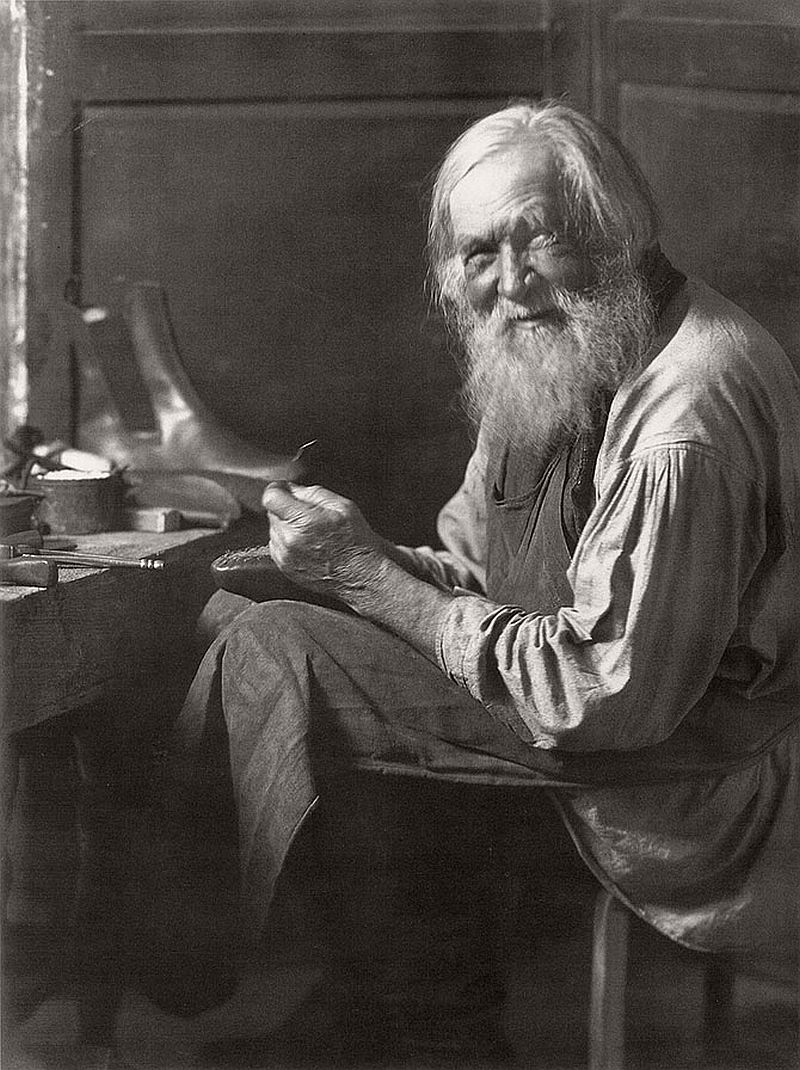 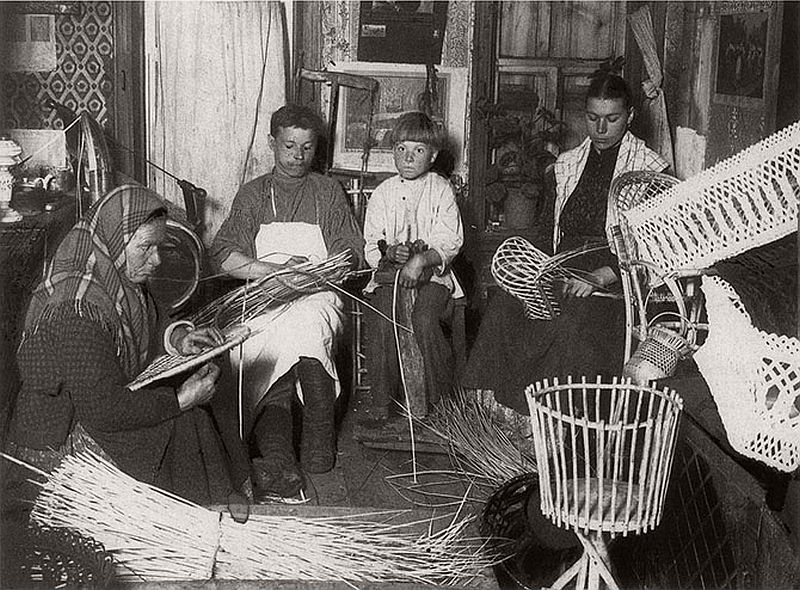 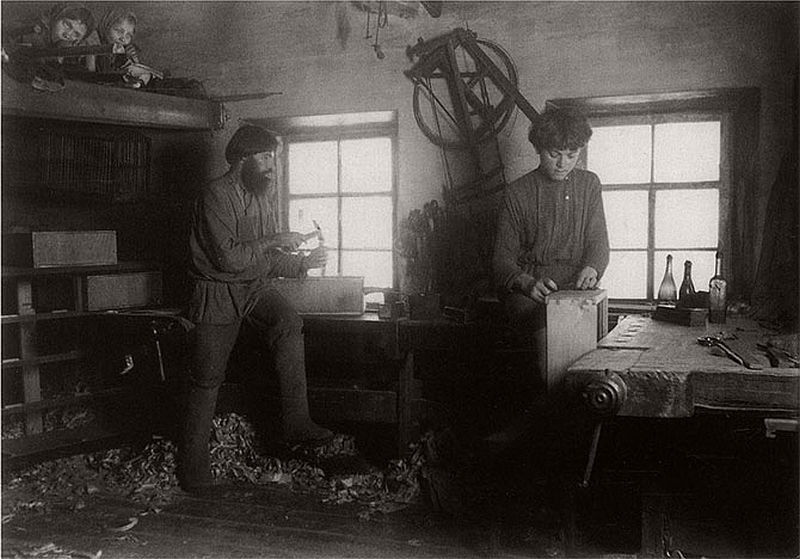 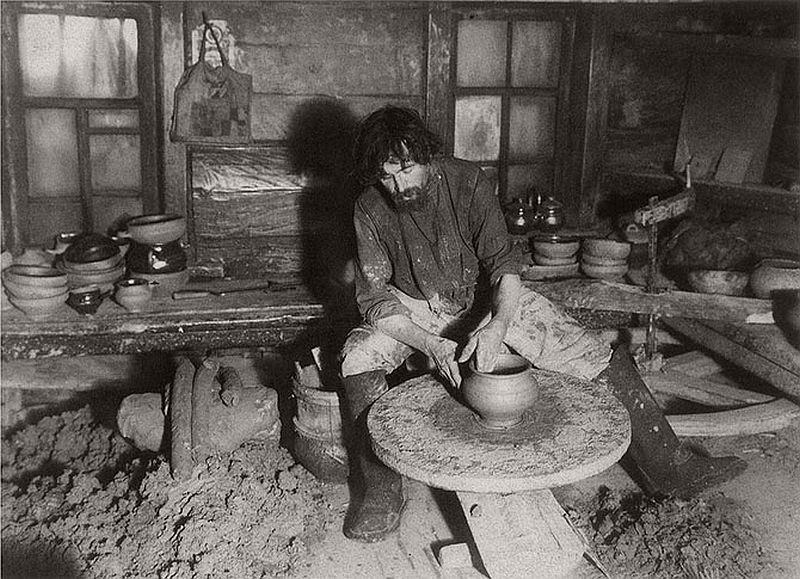 A pottery and a potter working with clay. 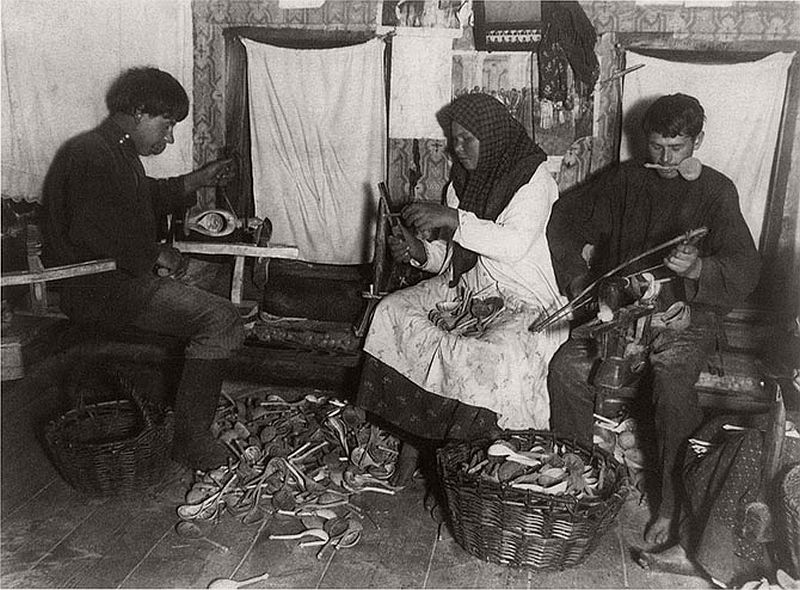 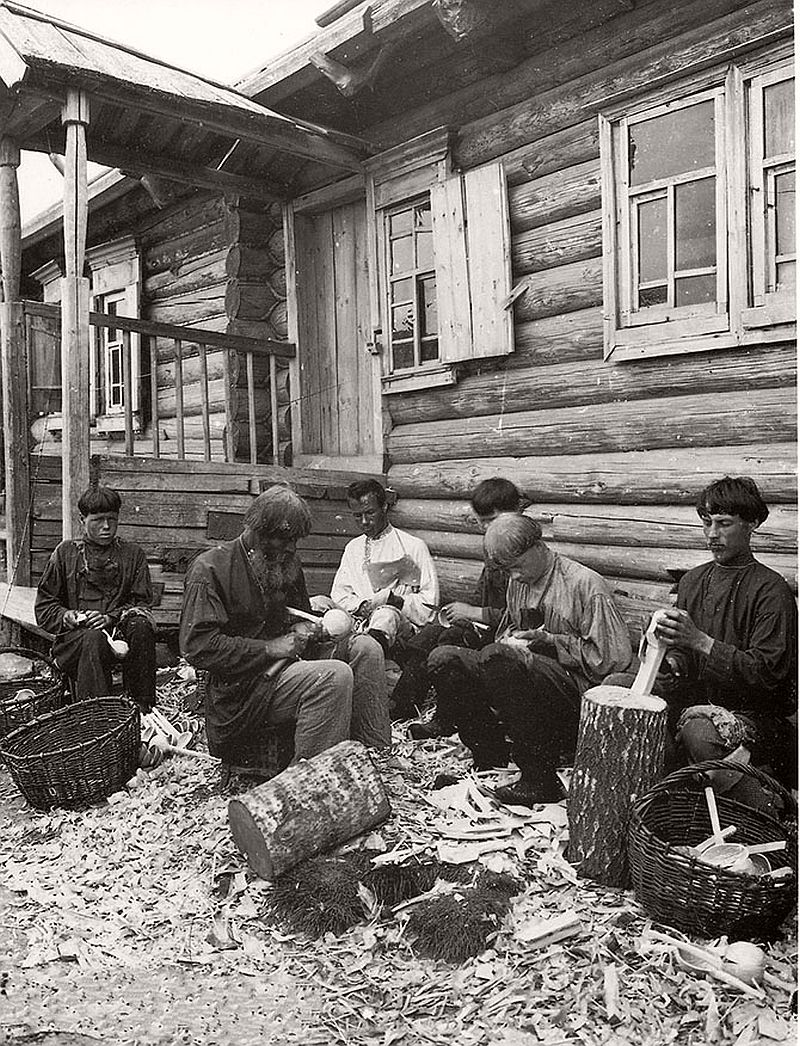 Also making spoons. It was a must back there, different sizes and shapes. Here is one old man and probably his disciples. 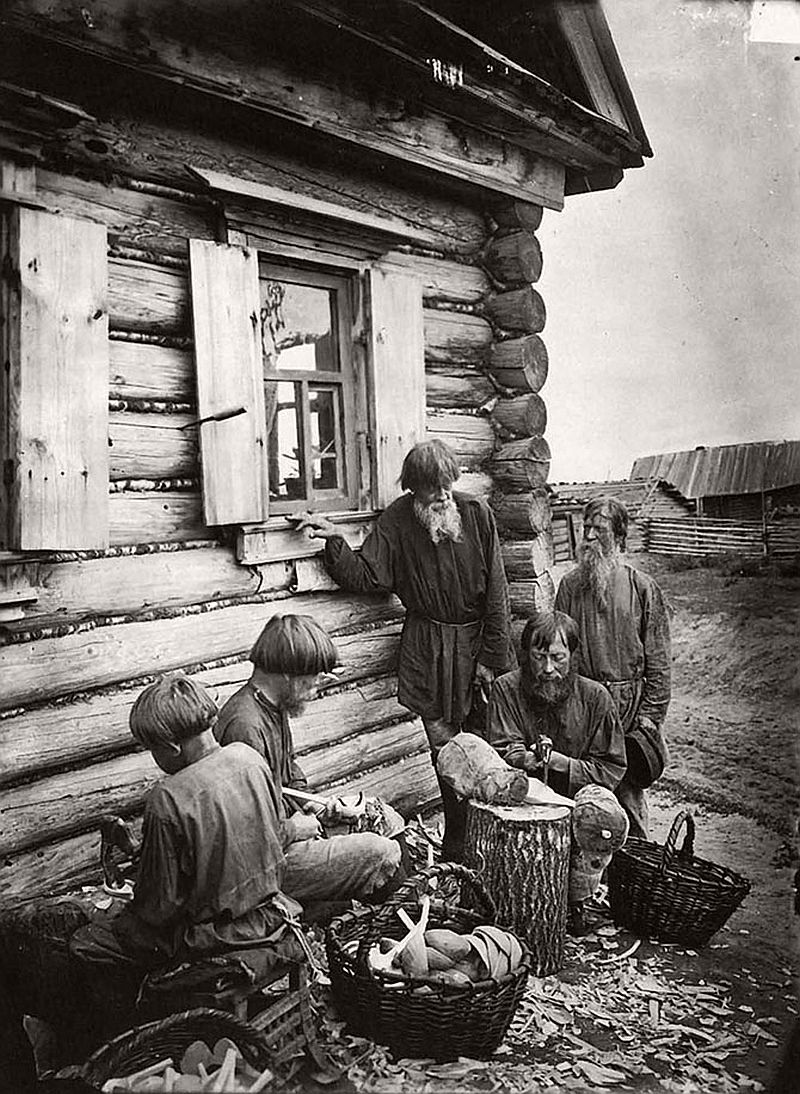 Another spoon manufacturing group. Look how people were looking like – dressed, haircuts, etc – just hundred and some years ago and total difference from now! 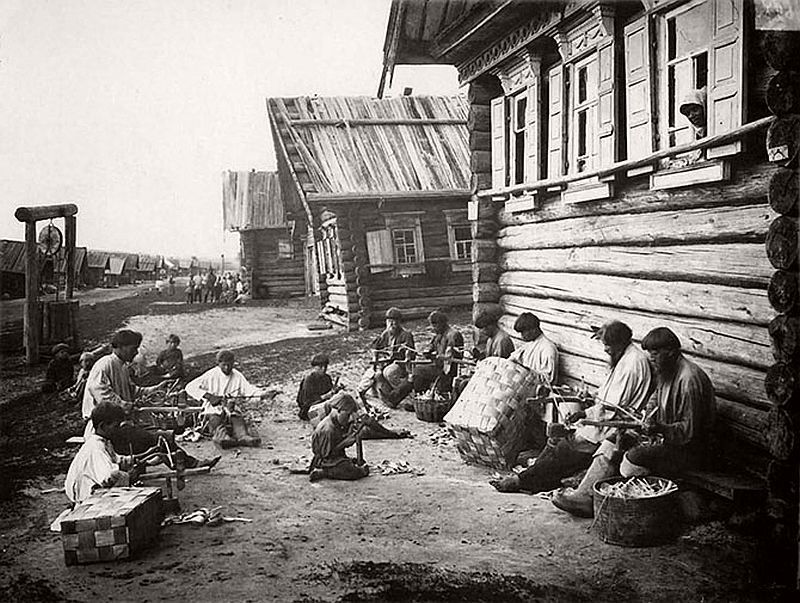 And some more spoon makers grouped with basket weavers sitting next to traditional “izba” or wooden house – there is also a well on the left. 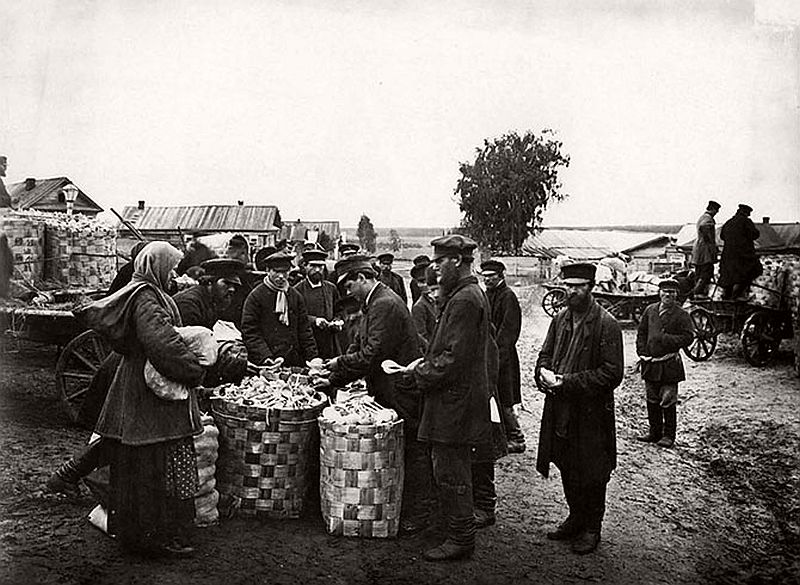 Wooden spoons were in high demand! 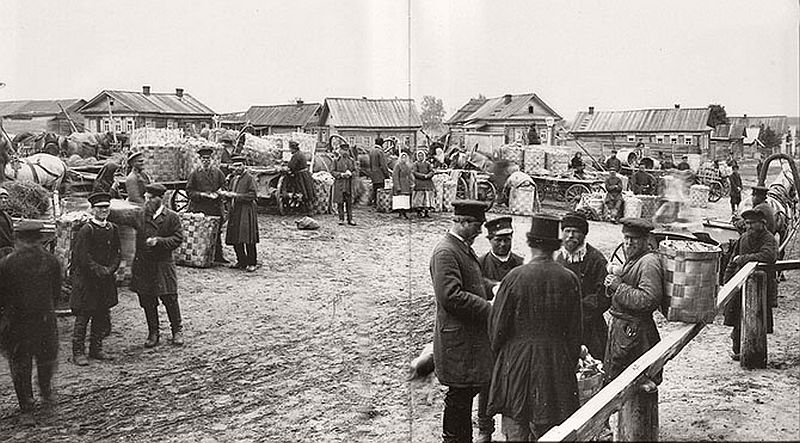 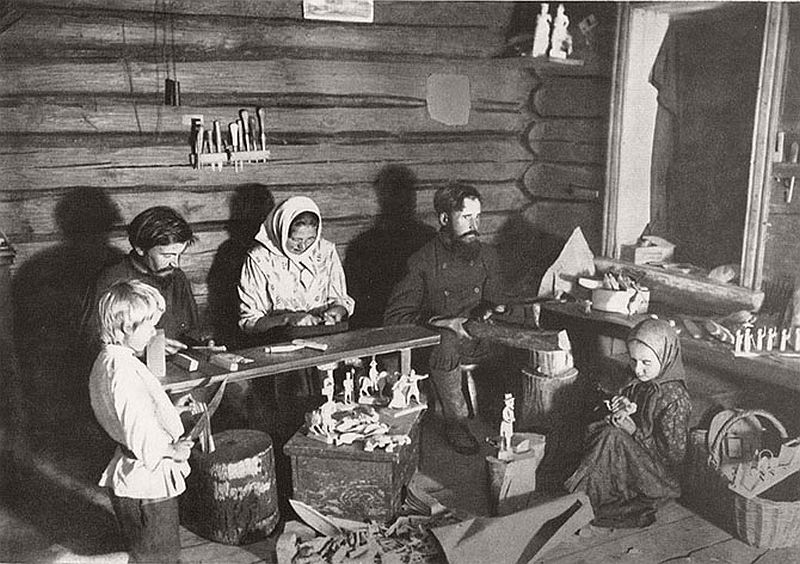 And those are the toy makers. Whole family is helping the business. Probably the small toy production somewhere in Asia is still looks like this however instead of the wooden parts they assemble it from ready moulded plastic parts. 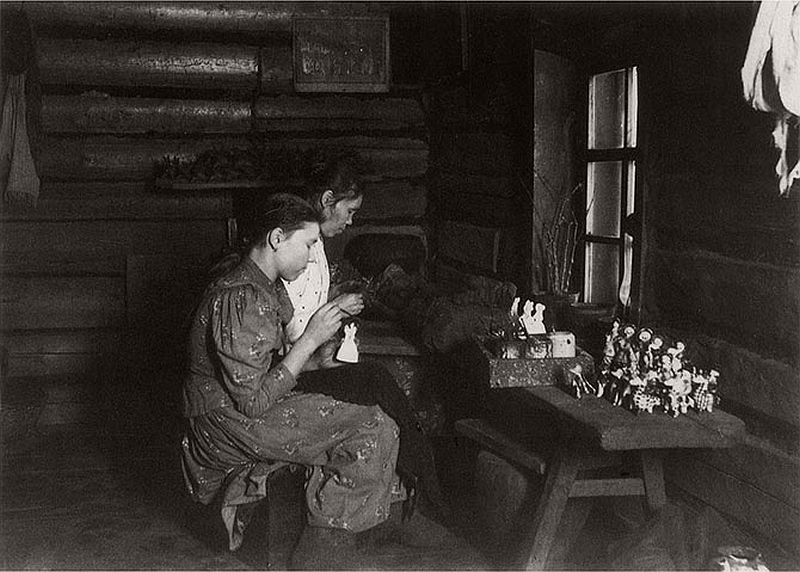 And those people are making the toys from the clay. Probably painting the ready made ones. In the dark of the room – no light at time. You saw the previous spoon makers – they were all outside because there is more light outside. 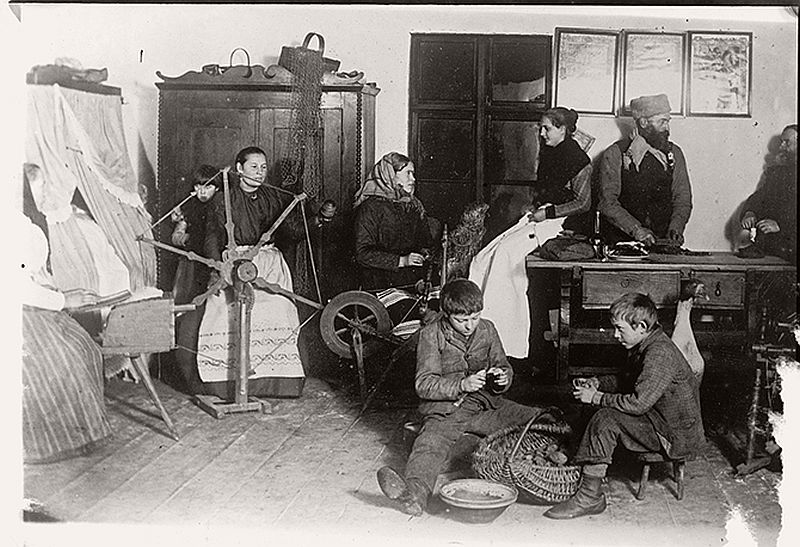 Weavers at work. Kids help too. 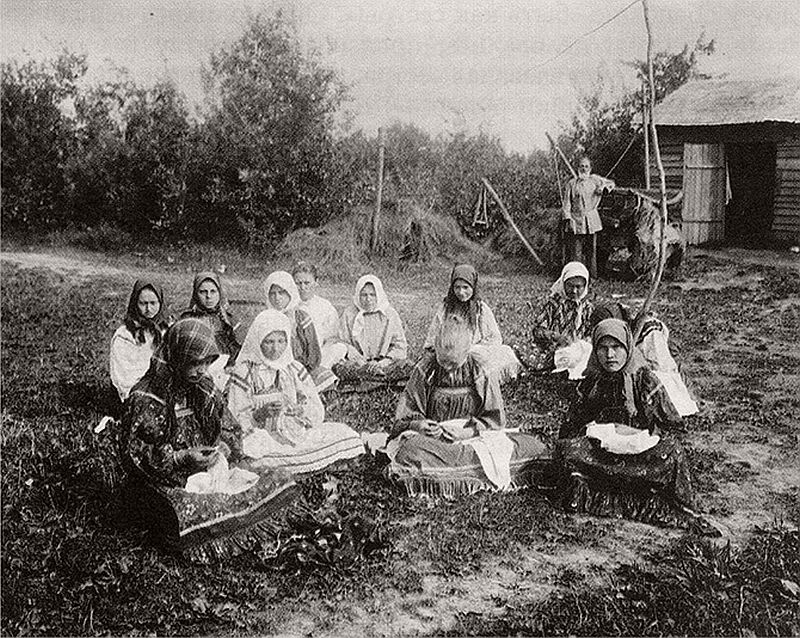 And those are the embroiders. 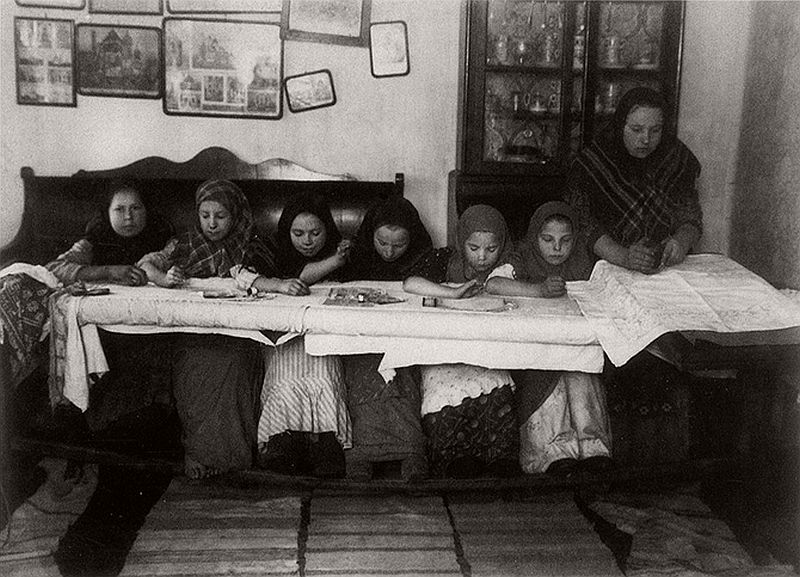 Some more embroidery. Look how young those girls are. School? What school? And this is 1914. Exactly 100 years ago. Then Bolsheviks took over and by force made everyone going to school. Lenin said: “We need to fight religious prejudices not by abolishing but by education”.