On 5 August 1910, Princess May, having departed from Skagway under the command of Captain MacLeod with 80 passengers, 68 crew, and a shipment of gold, was proceeding south down Lynn Canal in heavy fog. At a speed of about 10 knots (19 km/h), the ship ran aground on rocks near the north end of Sentinel Island, where there was a United States lighthouse station. It was high tide (the tidal range being about 16 feet (4.9 m) at this point) and the momentum of the ship forced it well up onto the rocks, with the bow jutting upward at an angle of 23 degrees. This produced a number of photographs of the ship’s predicament which were sold all over the west coast.

May was equipped with wireless, but at that time it was not standard practice to equip the wireless set with auxiliary battery power. Thus, if electrical power was lost on the ship in general, the wireless would also go down. This happened on May when the engine room flooded. The wireless operator, W.R. Keller, did not have time to send out a distress call before the main power was lost. Thinking quickly, he ran down to the engine room, where the incoming water was by then waist deep. Keller rigged an improvised electrical connection with the engine room telegraph battery, and using this was able to send out a wireless distress call before the engine room was completely flooded. The message sent by Keller stated: “S.S. PRINCESS MAY SINKING SENTINEL ISLAND; SEND HELP.” 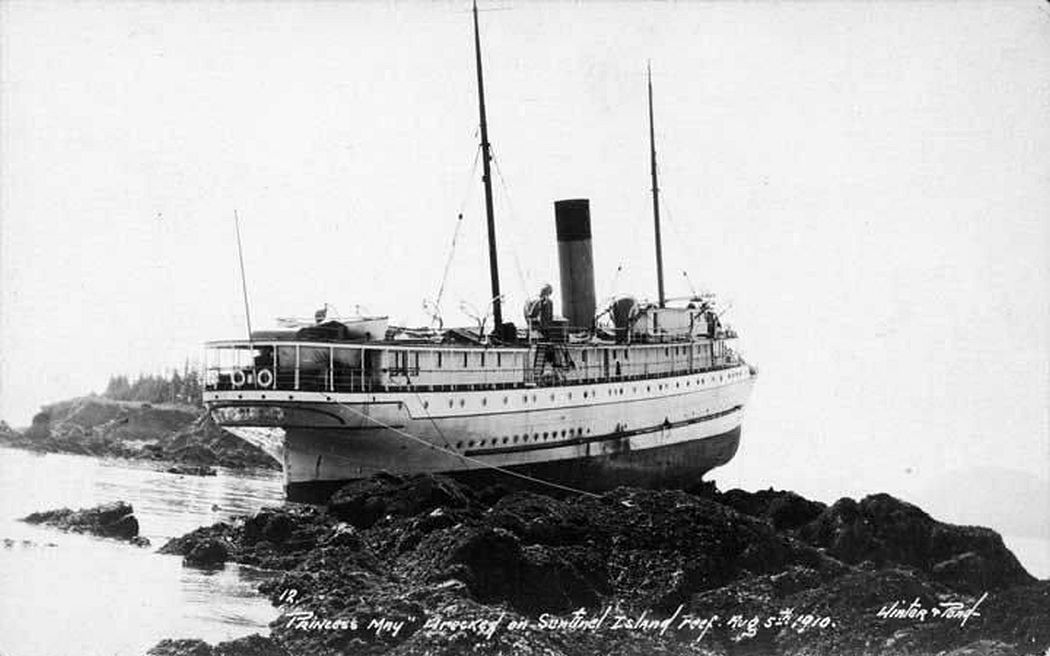 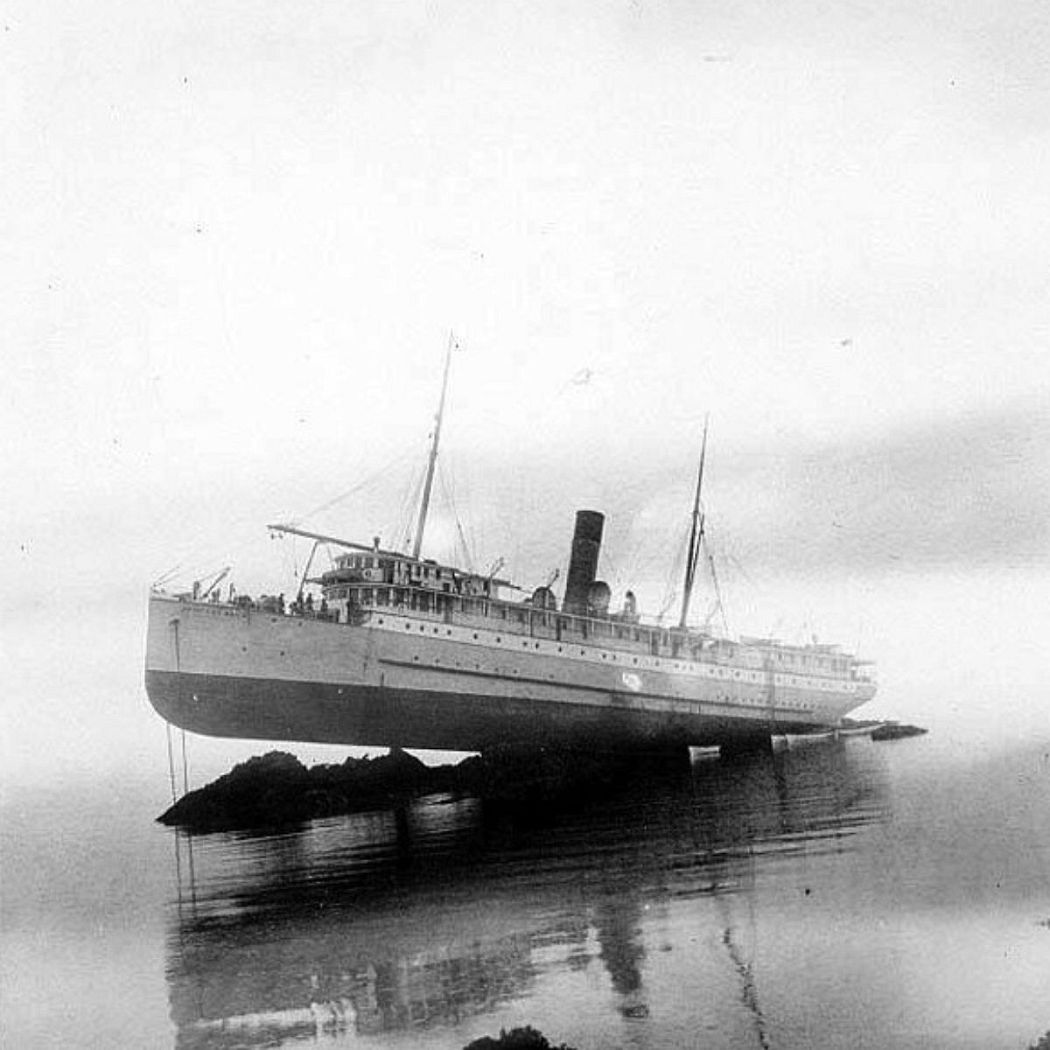 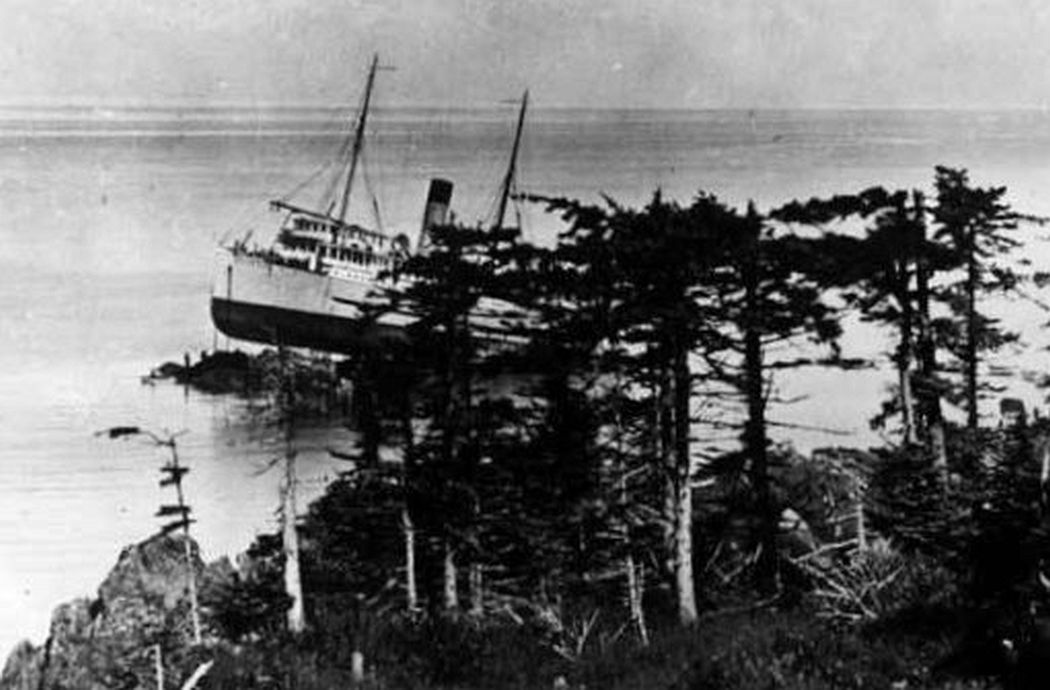 Princess May aground, as seen from Sentinel Island 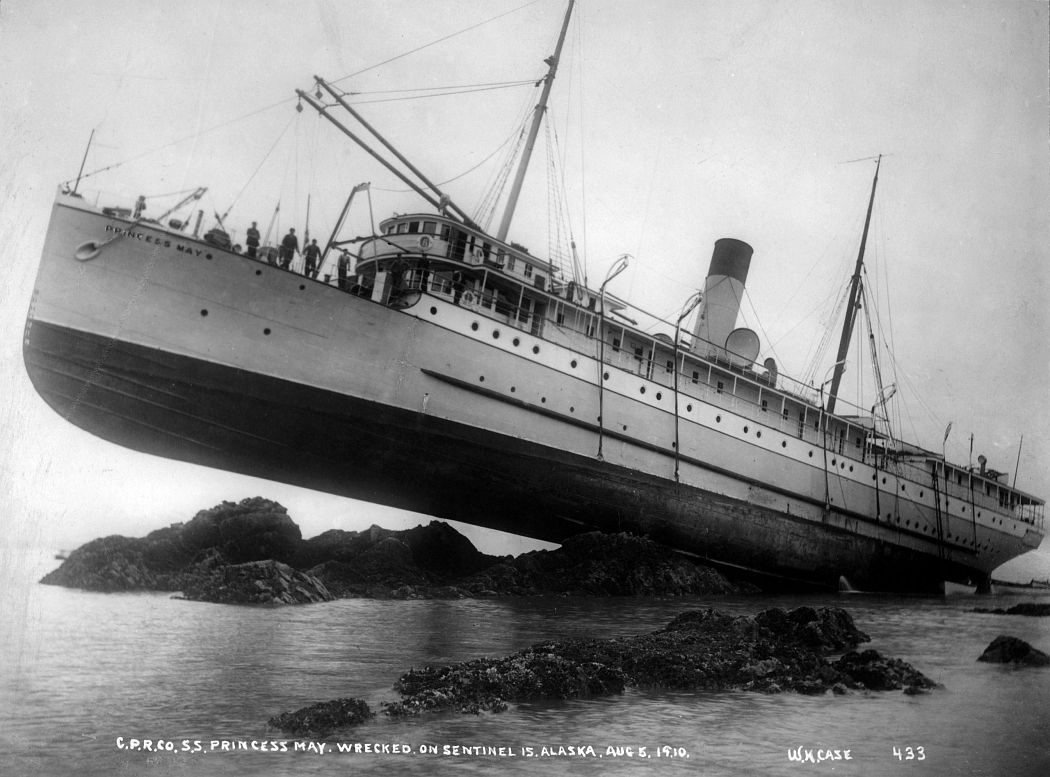 Princess May aground on Sentinel Island, by W.H. Case. History