Ottoman clothing is the style and design of clothing worn by the Ottoman Turks.

While the Palace and its court dressed lavishly, the common people were only concerned with covering themselves. Starting in the reign of Suleiman the Magnificent, administrators enacted sumptuary laws upon clothing. The clothing of Muslims, Christians, Jewish communities, clergy, tradesmen, and state and military officials were particularly strictly regulated during the reign of Suleiman the Magnificent.

Women’s everyday wear was şalvar (trousers), a gömlek (chemise) that came down to the mid-calf or ankle, a short, fitted jacket called a zıbın, and a sash or belt tied at or just below the waist. For formal occasions, such as visiting friends, the woman added an entari or kaftan, a long robe that was cut like the zıbın apart from the length. Both zıbın and kaftan were buttoned to the waist, leaving the skirts open in front. Both garments also had buttons all the way to the throat, but were often buttoned only to the underside of the bust, leaving the garments to gape open over the bust. All of these clothes could be brightly colored and patterned. However, when a woman left the house, she covered her clothes with a ferace, a dark, modestly cut robe that buttoned all the way to the throat. She also covered her hair and face with a pair of veils. 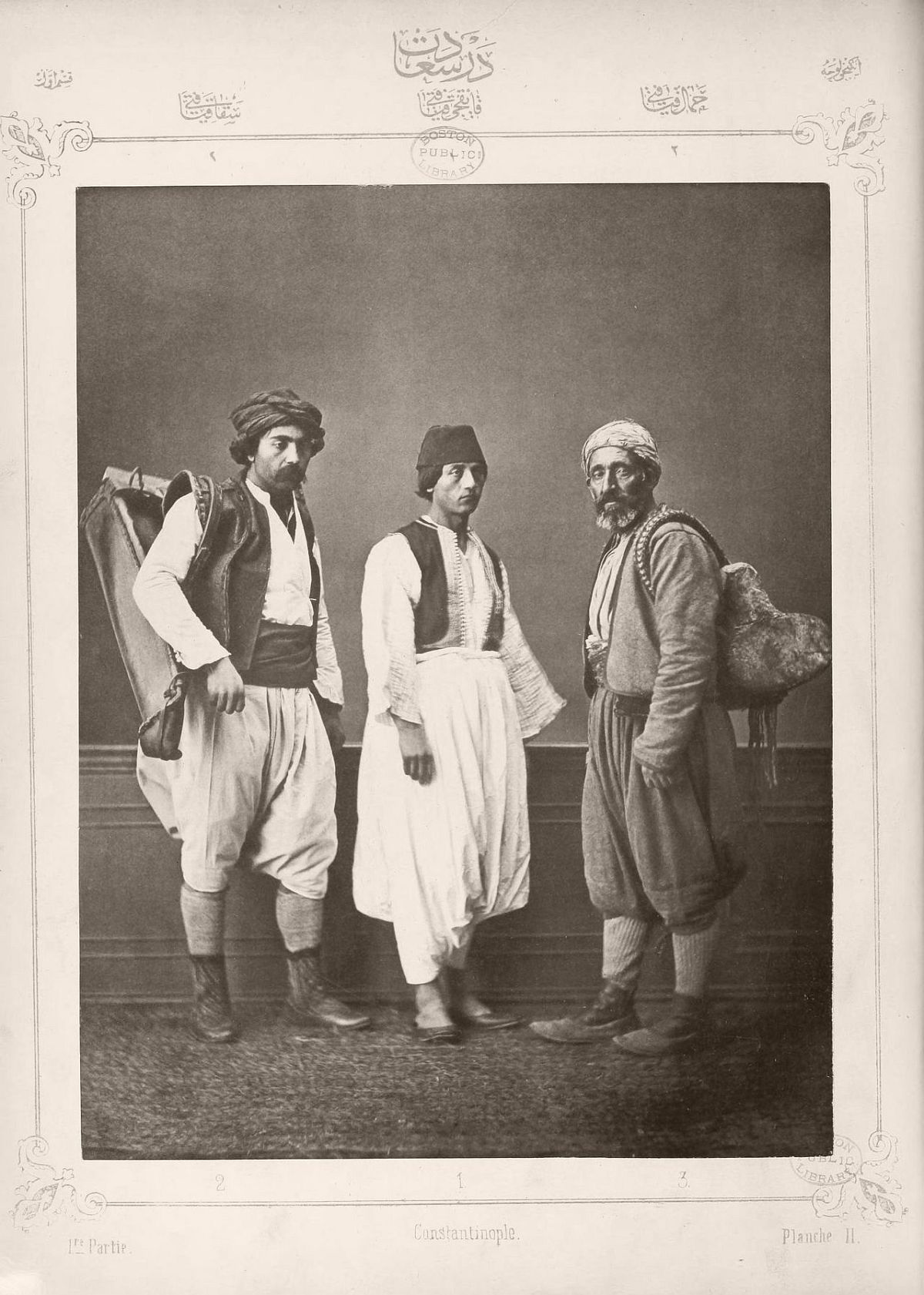 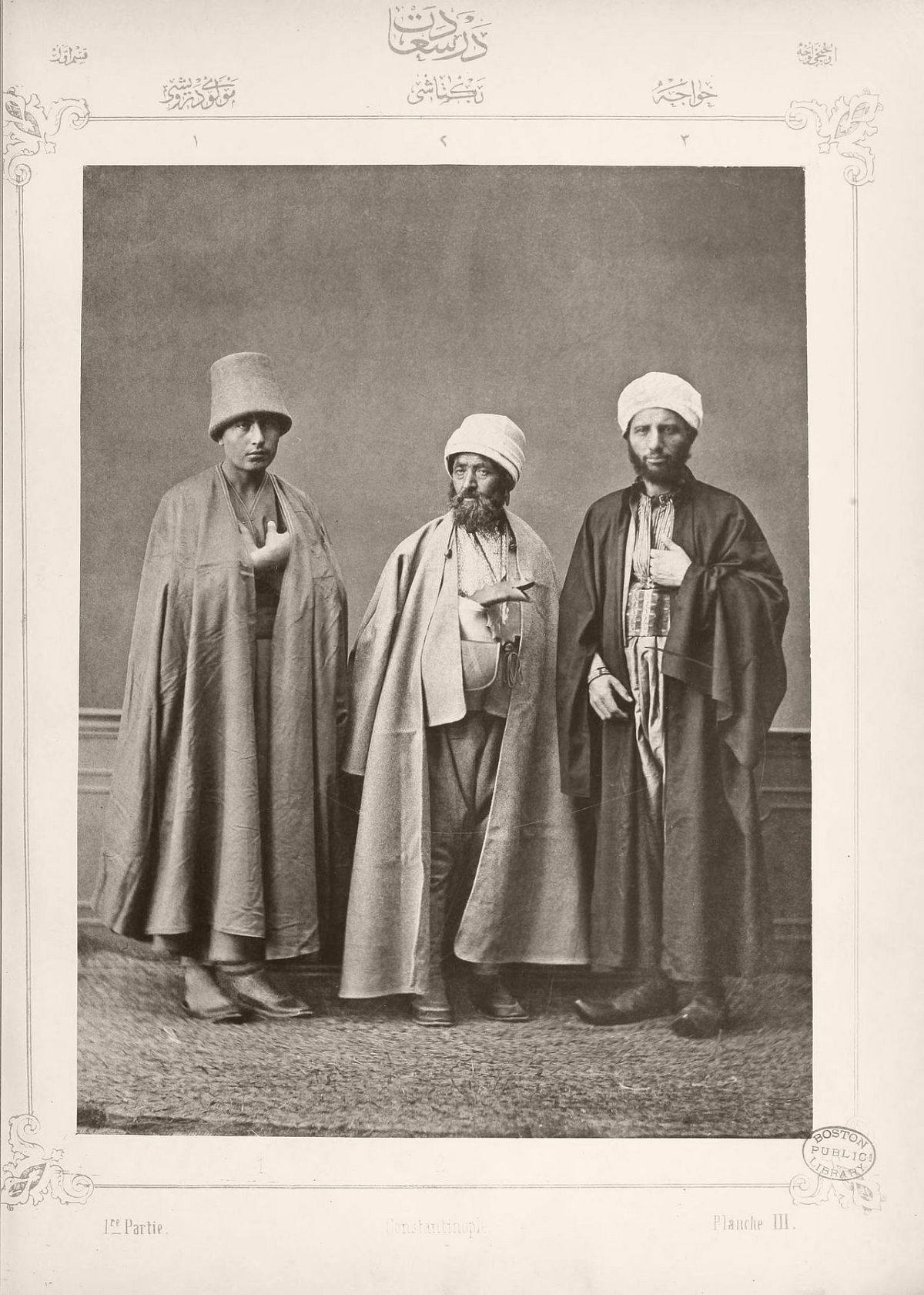 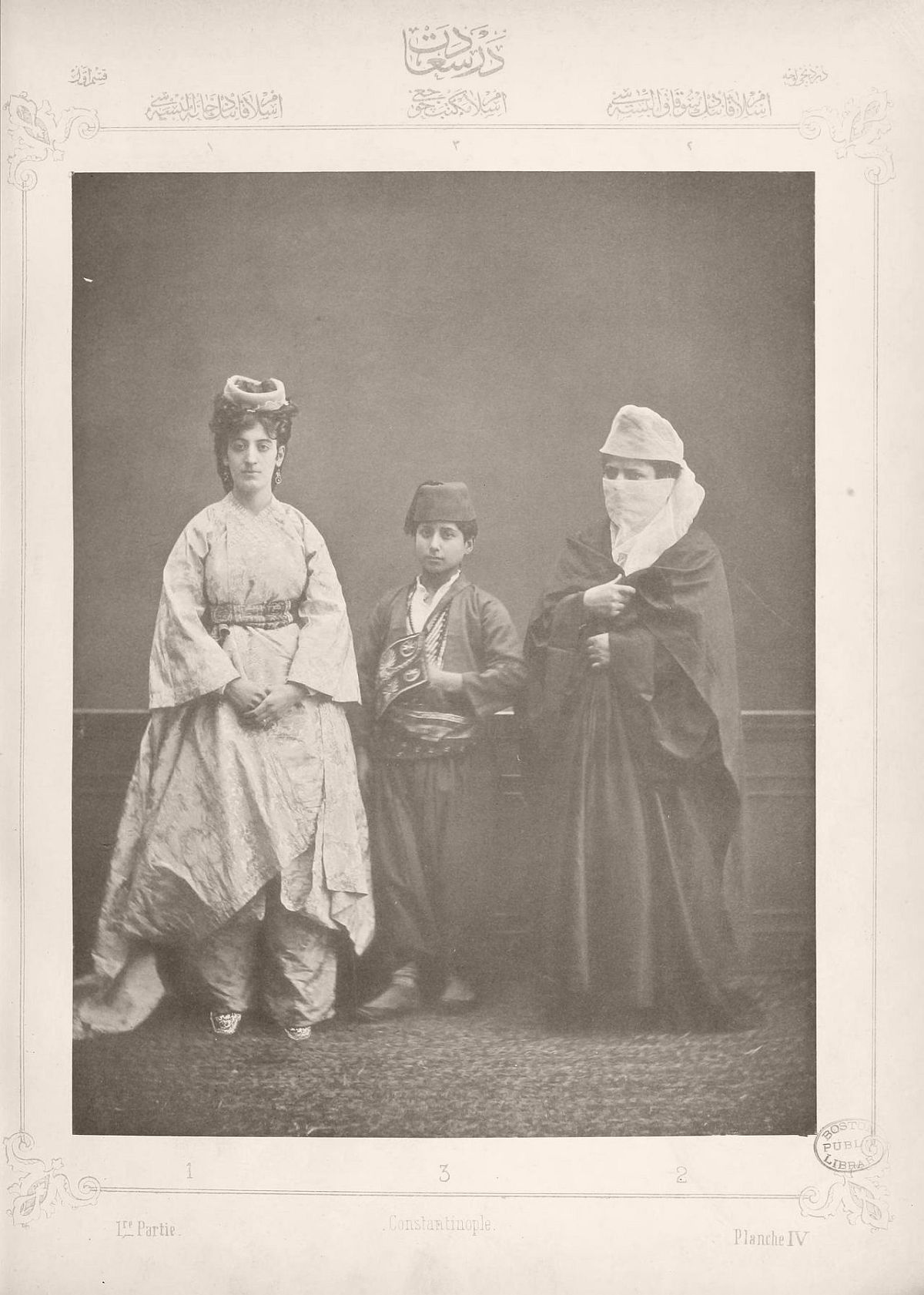 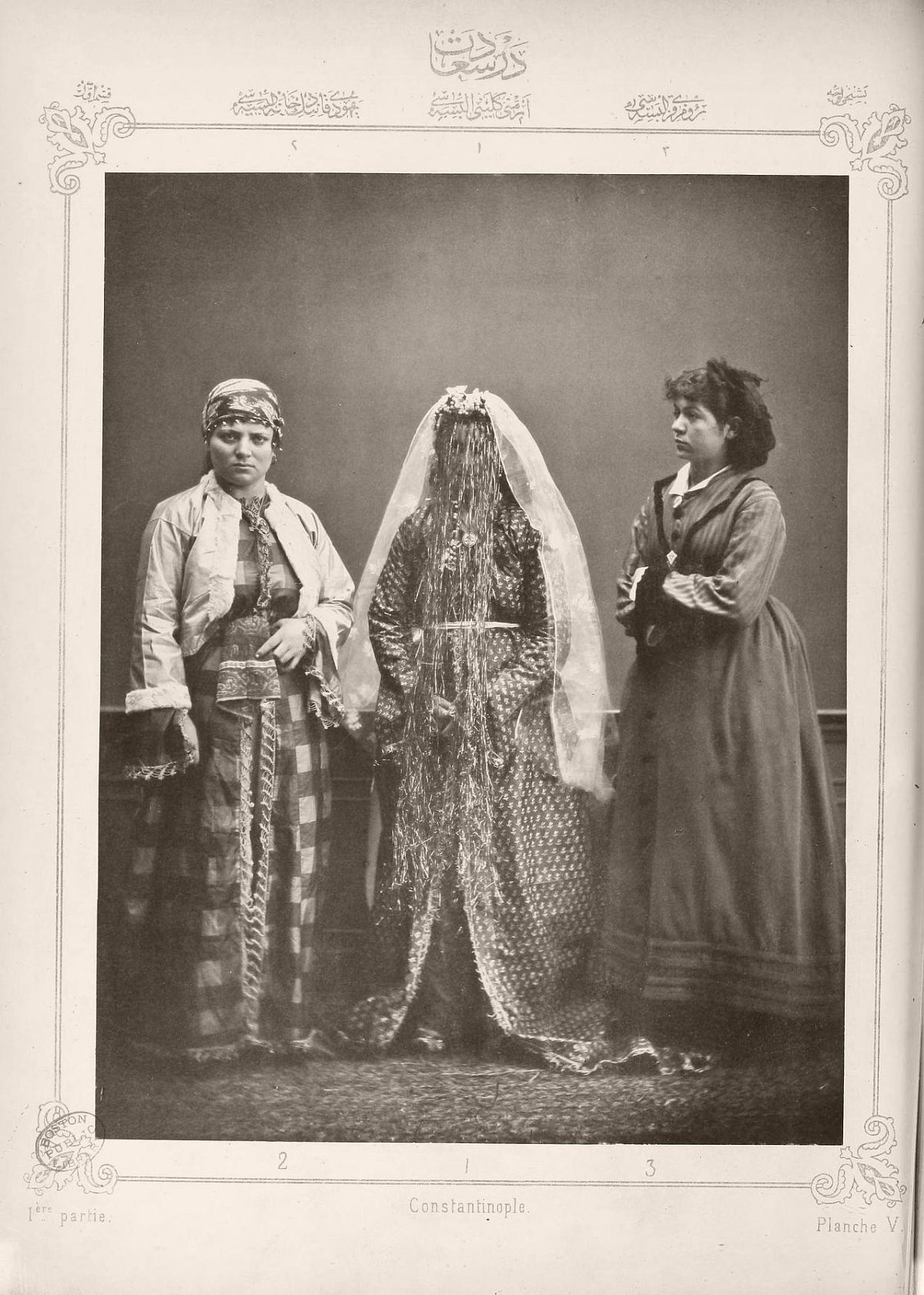 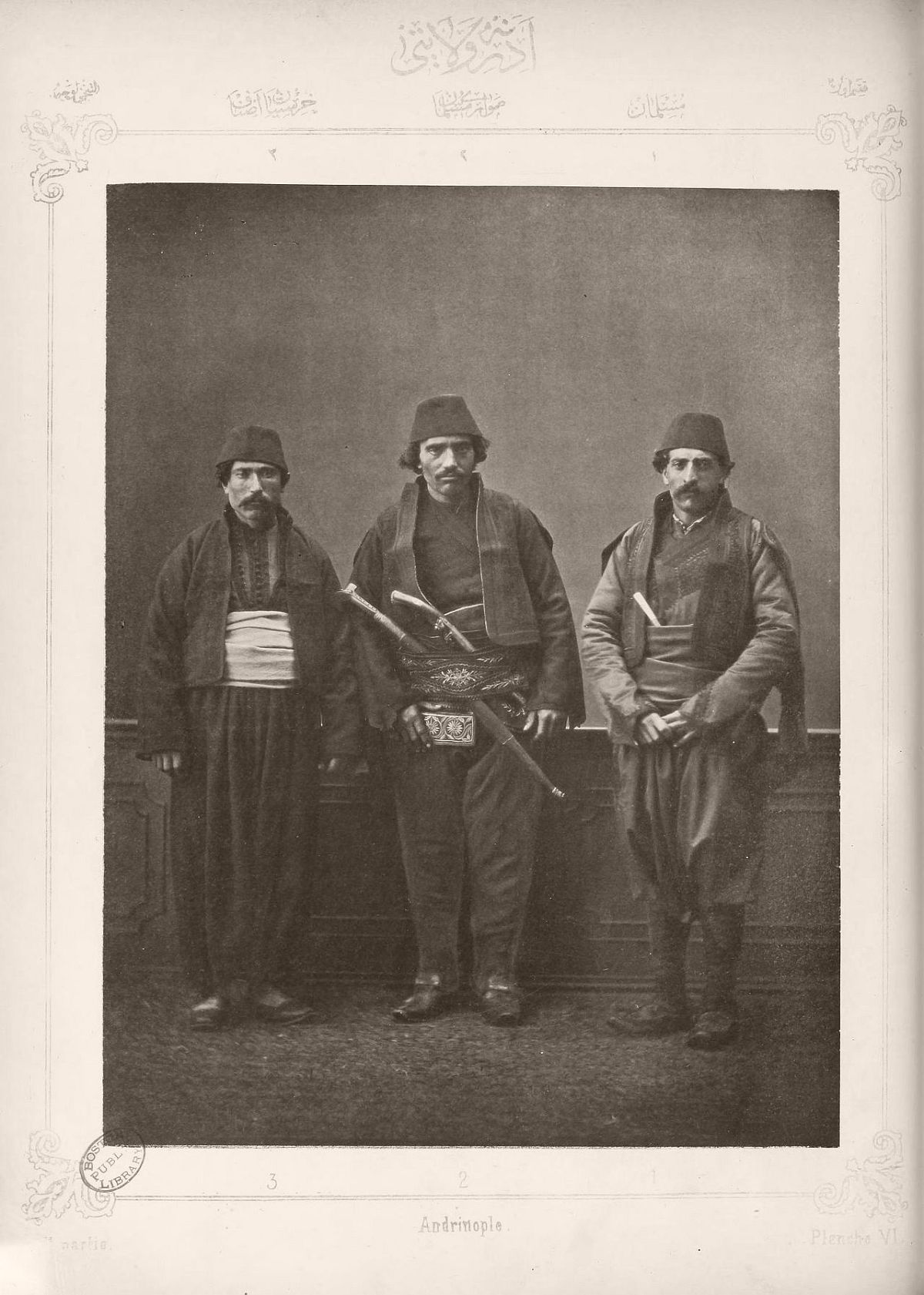 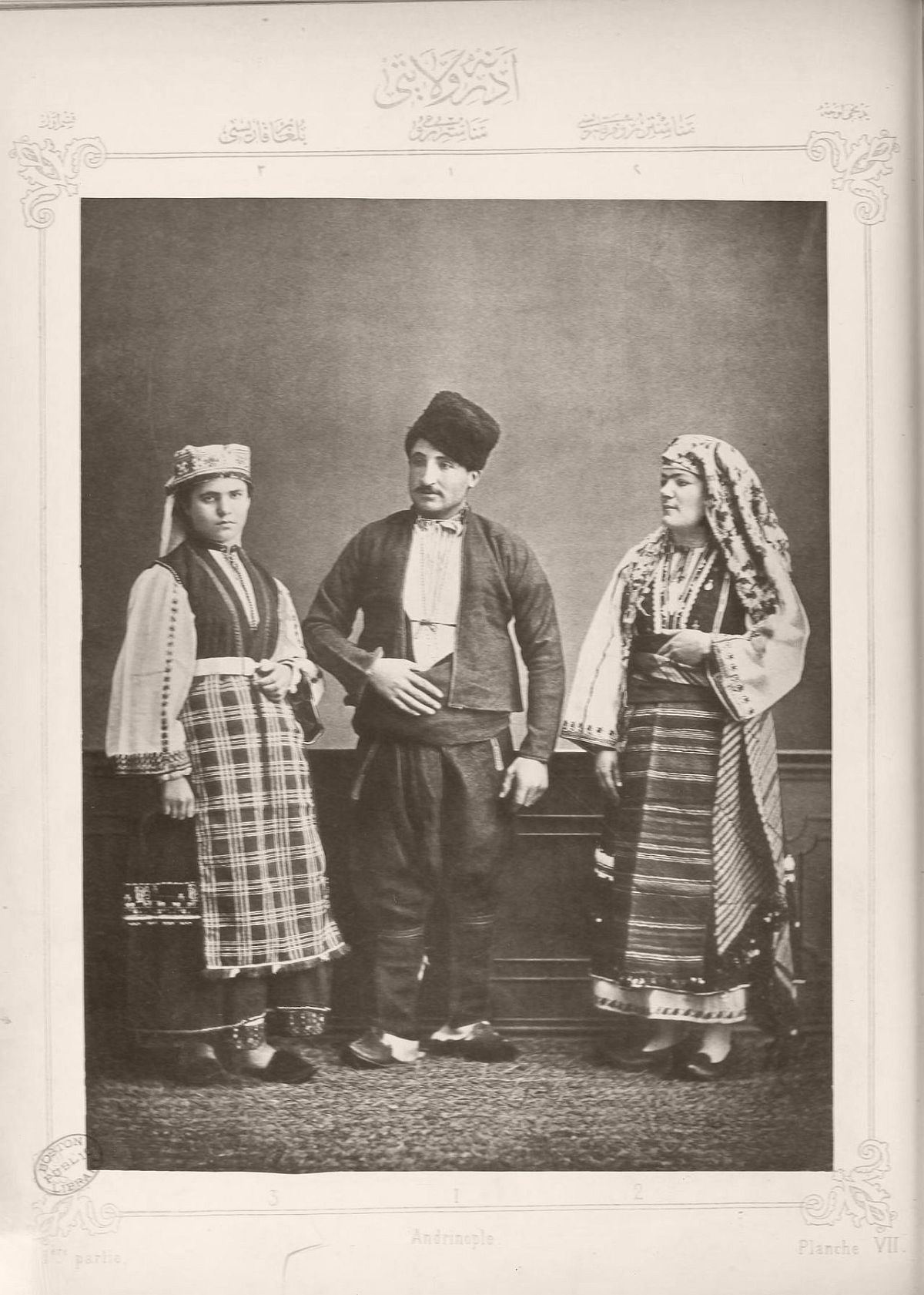 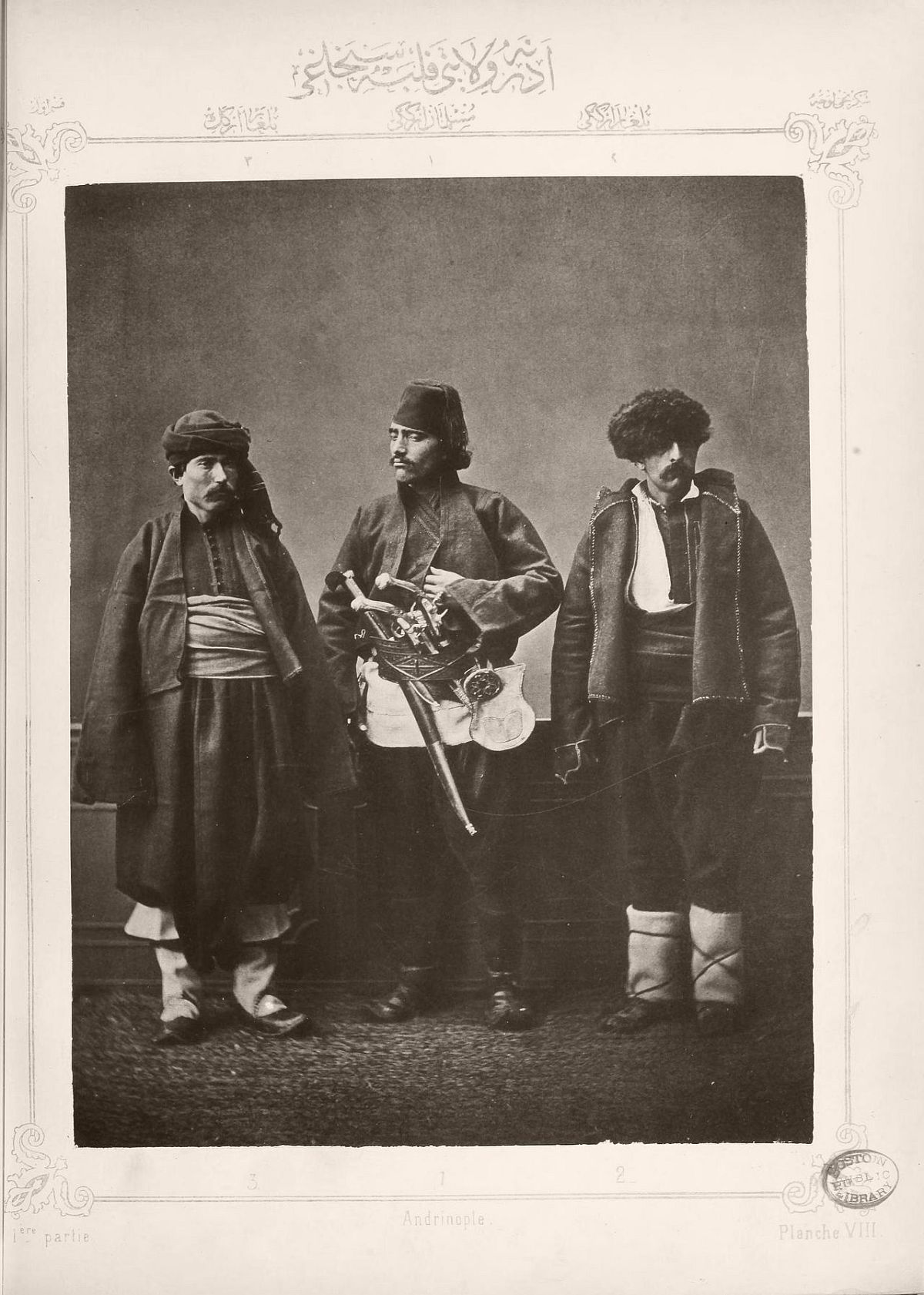 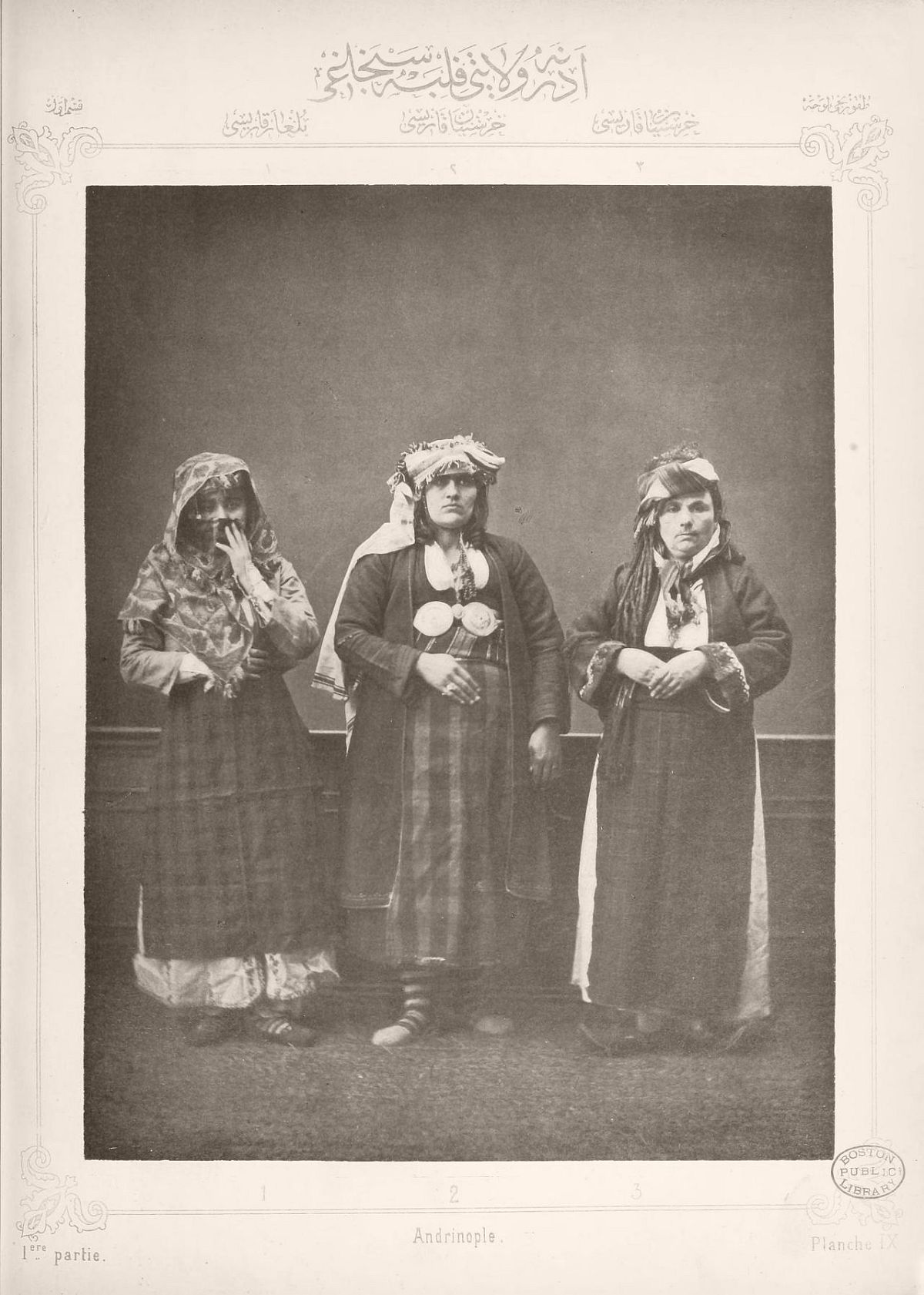 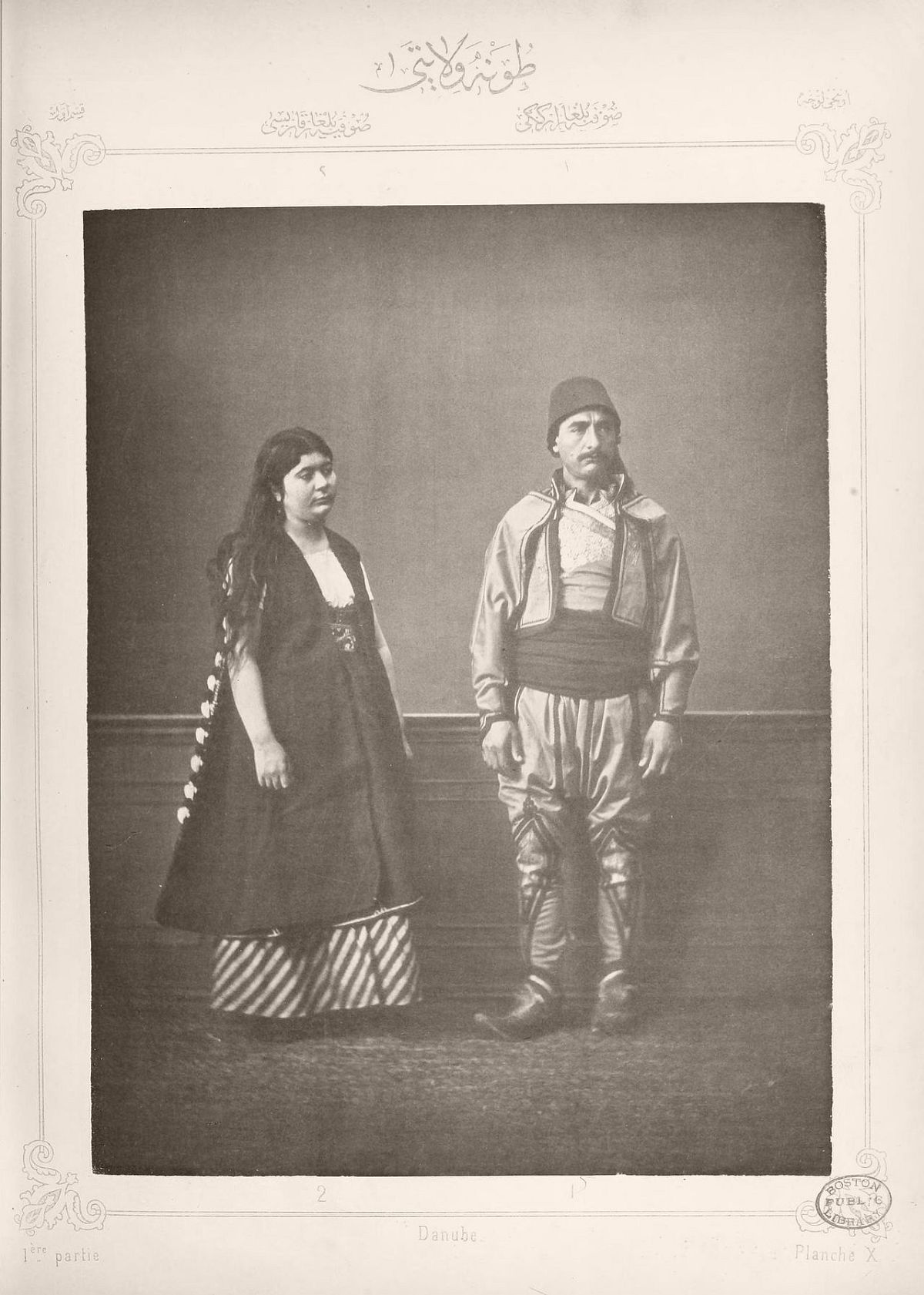 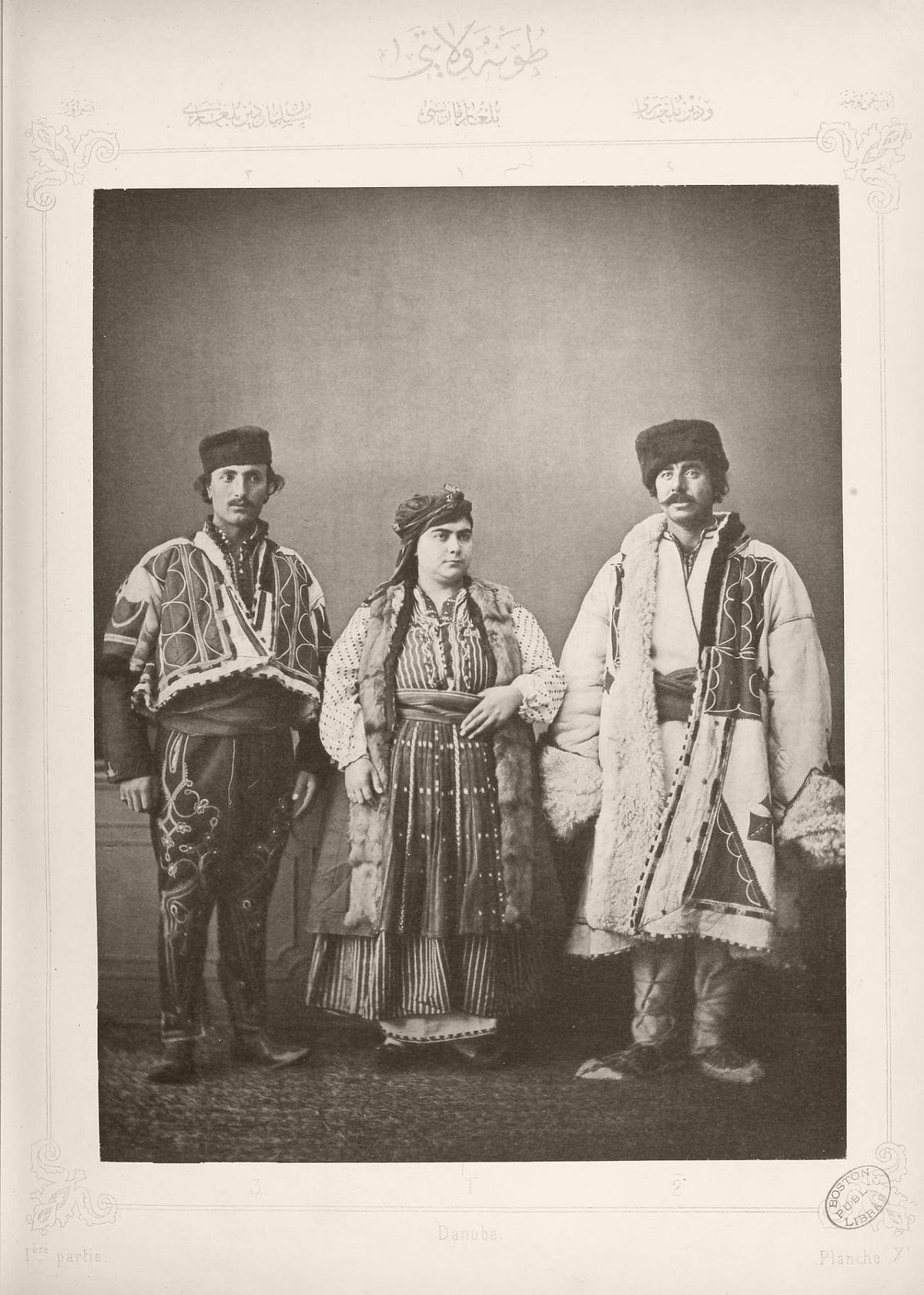 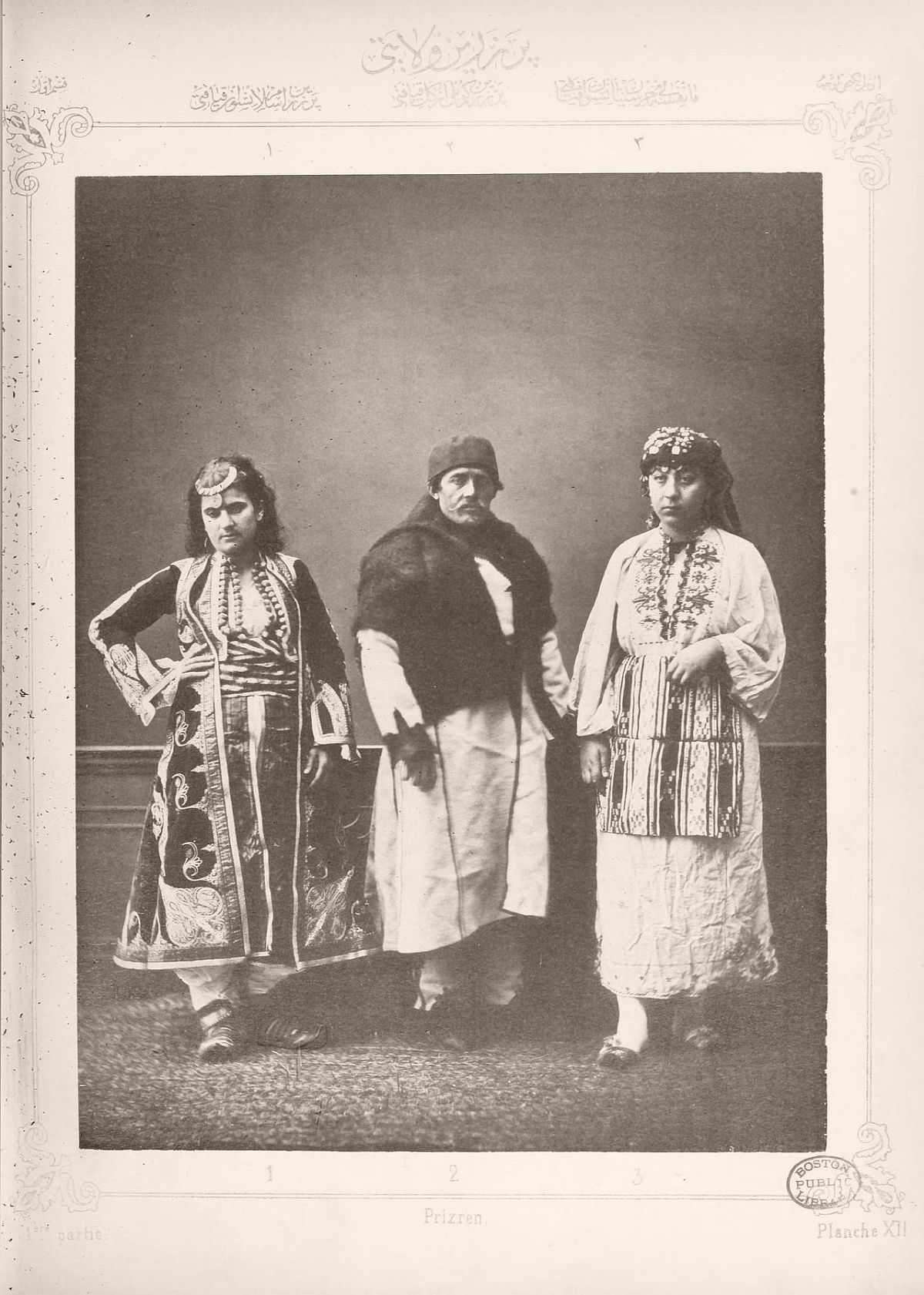 1: Muslim woman from Prizren 2. Farmers from around Prizren 3. Christian peasant woman from Matefse 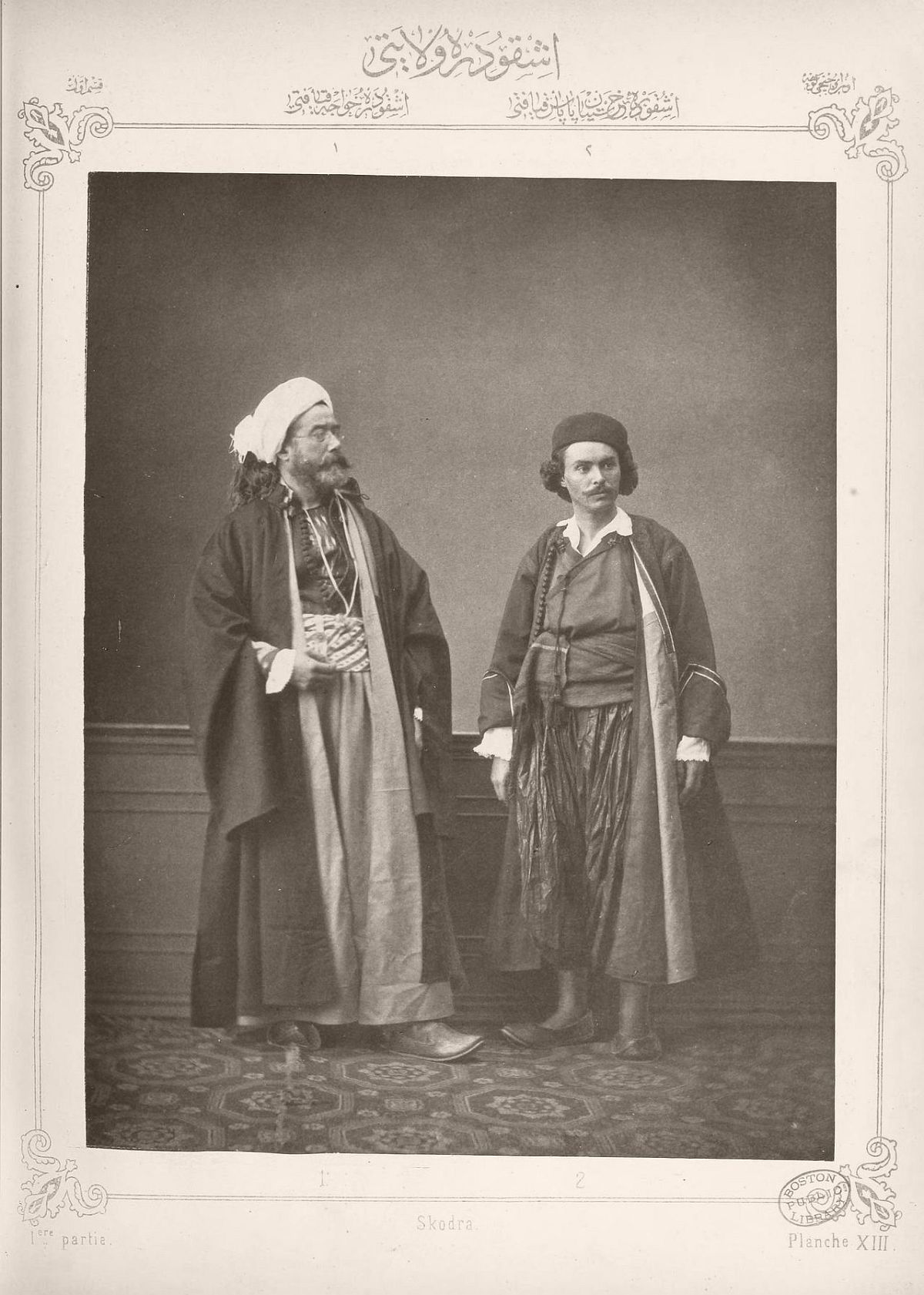 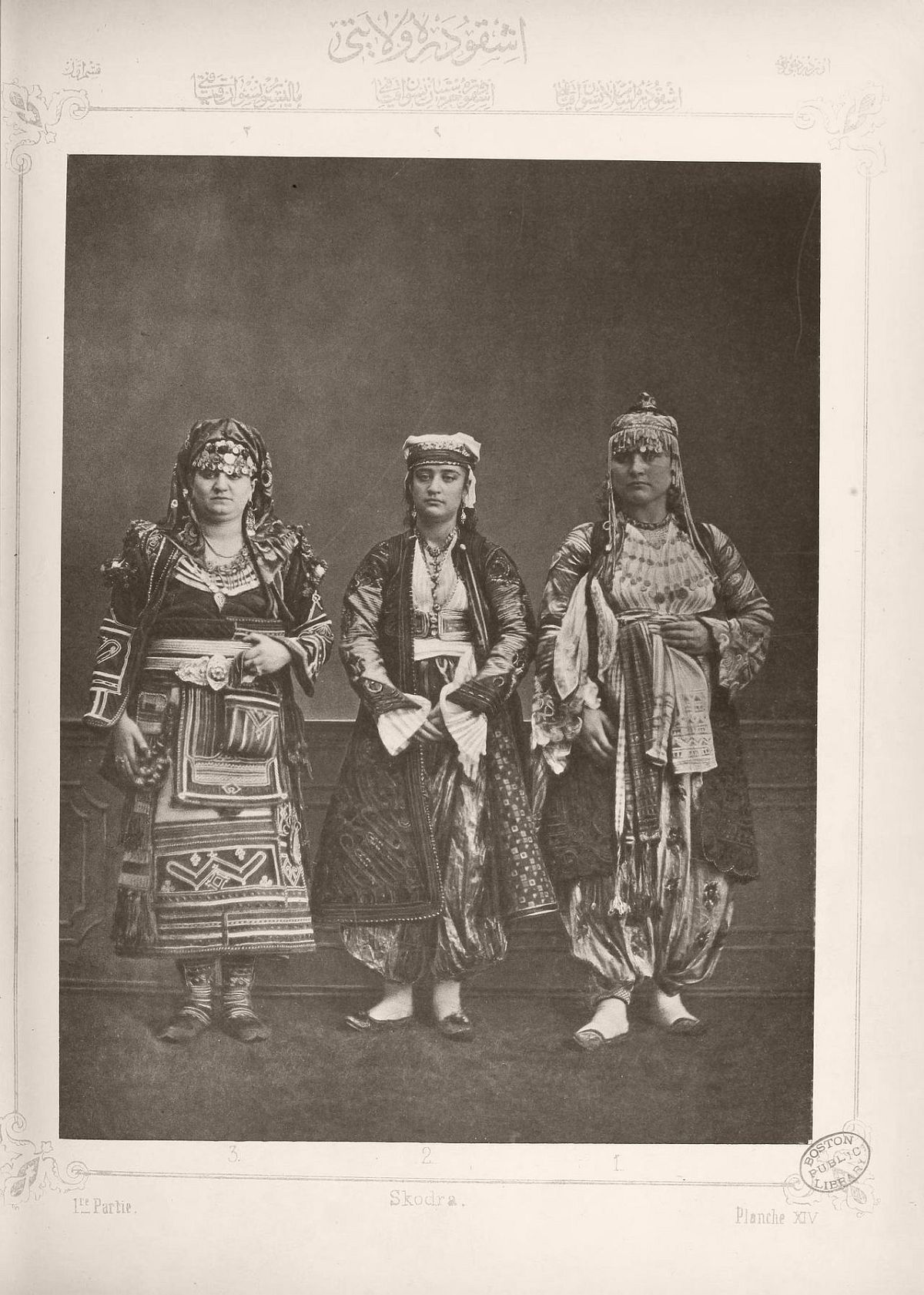 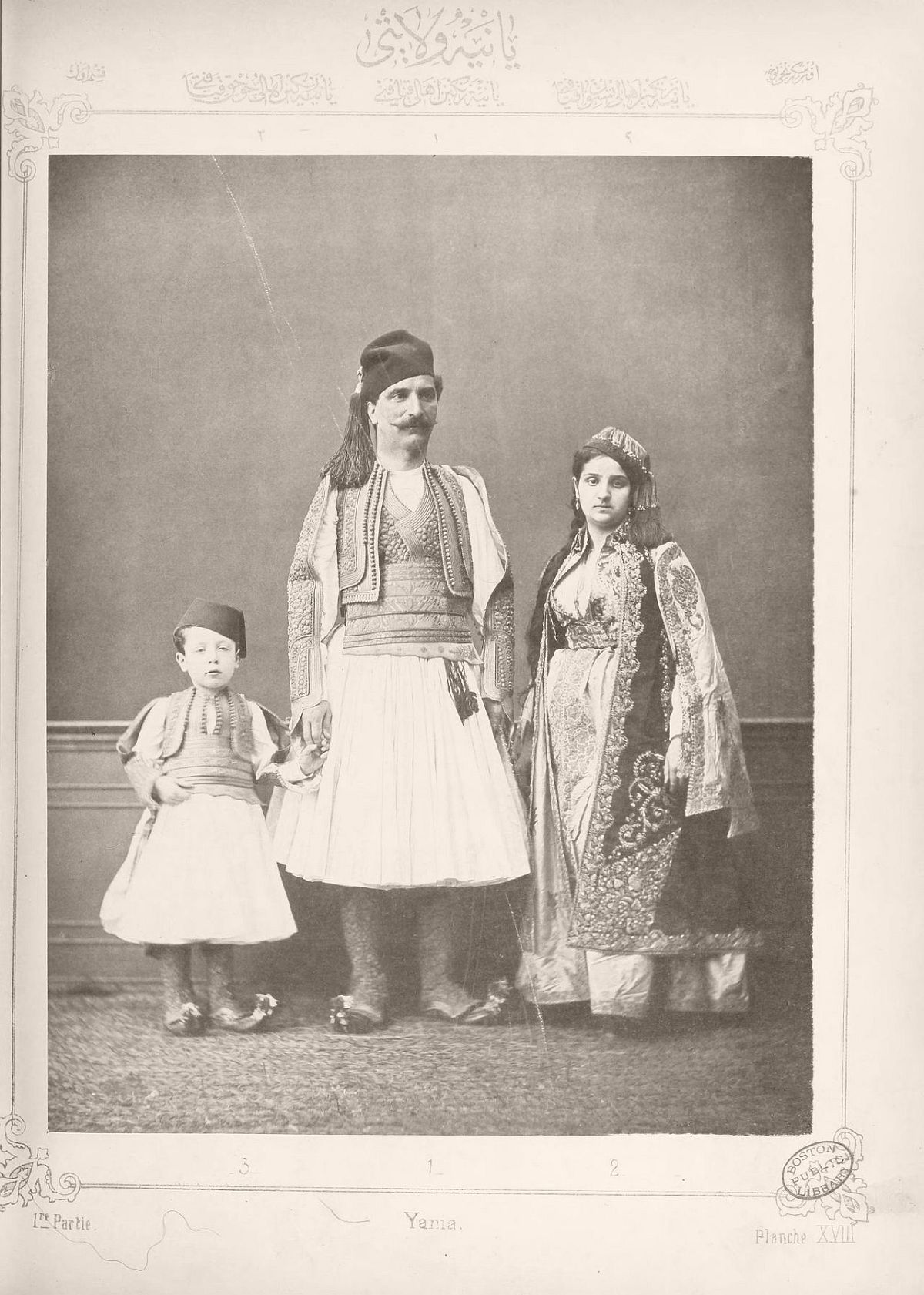