Offshore drilling began in California in 1896, when operators in the Summerland Oil Field in Santa Barbara County followed the field into the ocean by drilling from piers built out over the ocean. At least 187 offshore oil wells were drilled in the Summerland Field by 1902. A number of other coastal fields were extended offshore in Santa Barbara, Ventura, Los Angeles, and Orange counties, usually by directional drilling. 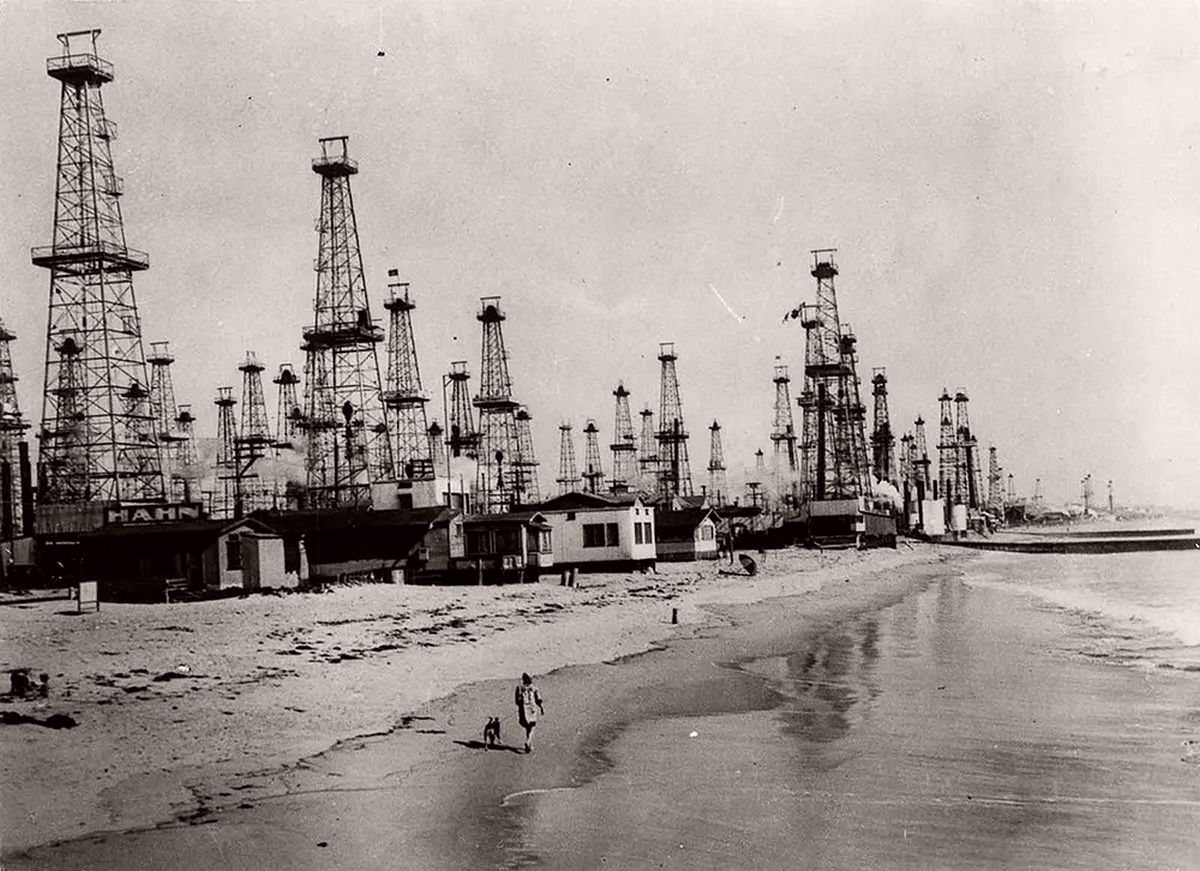 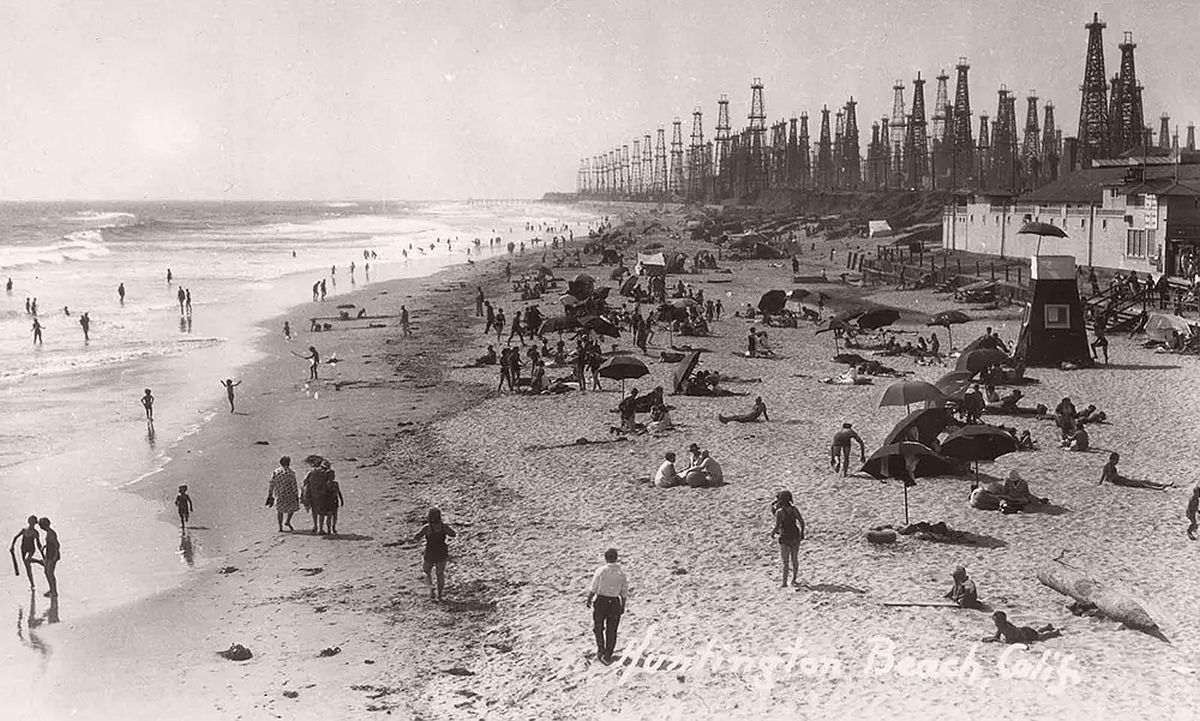 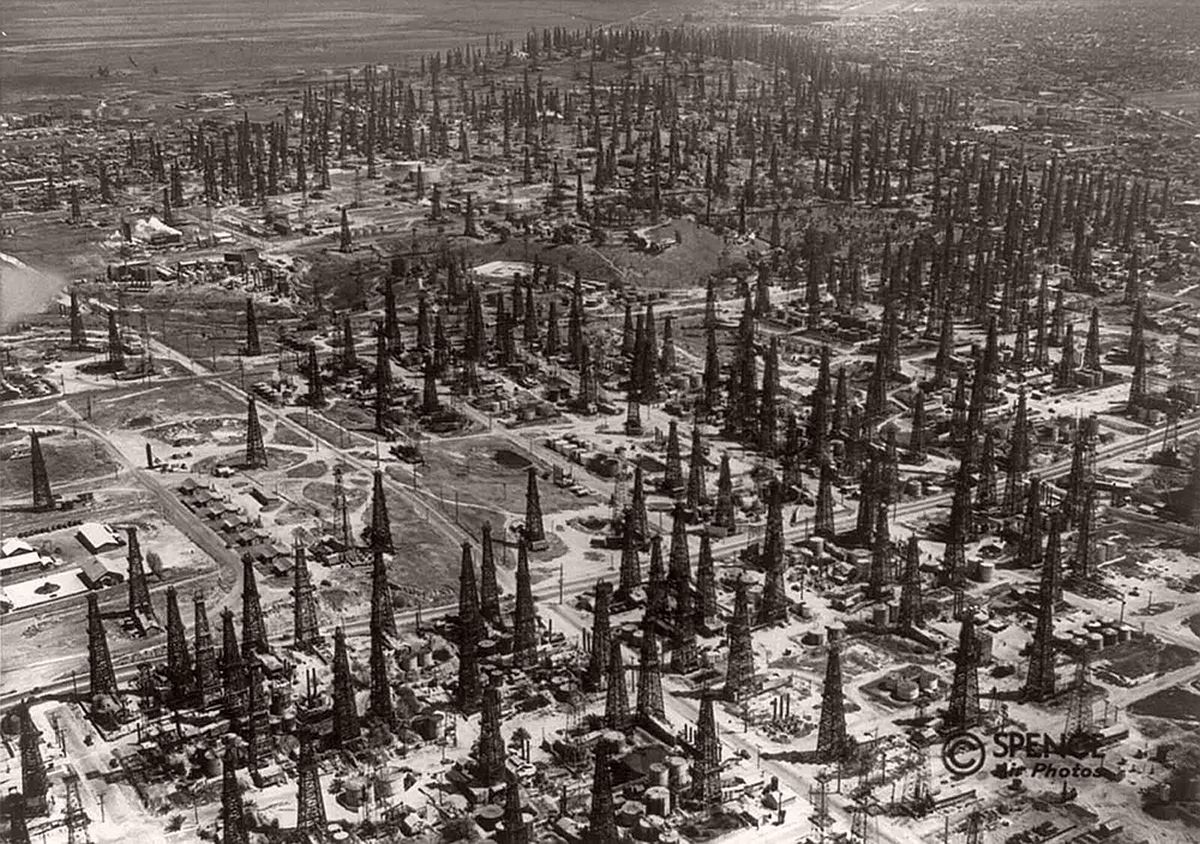 A forest of oil derricks sprouts up on the Signal Hill oil field, Long Beach, California, in 1937. 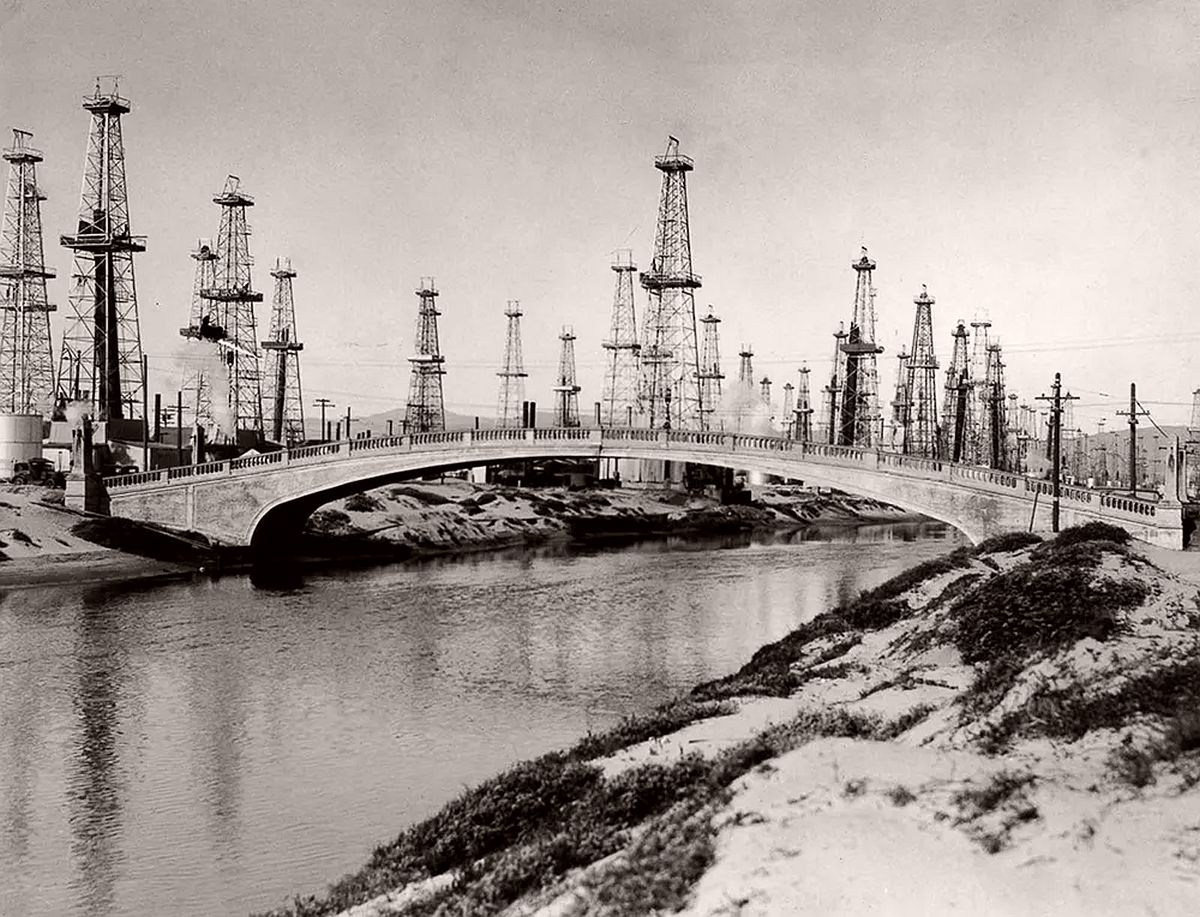 An oilfield in Venice, California. 1930. 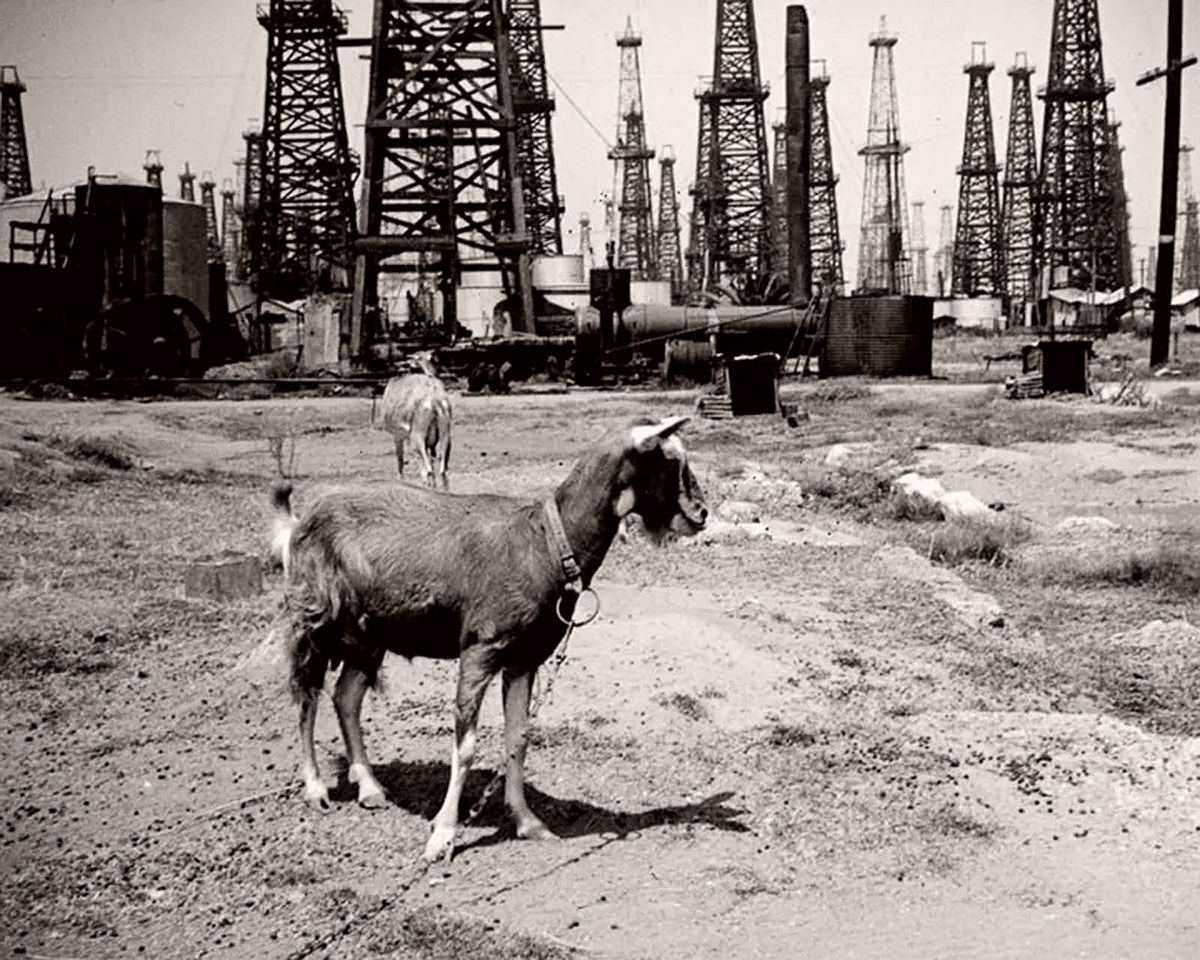 Goats near an oilfield in Huntington Beach. 1937. 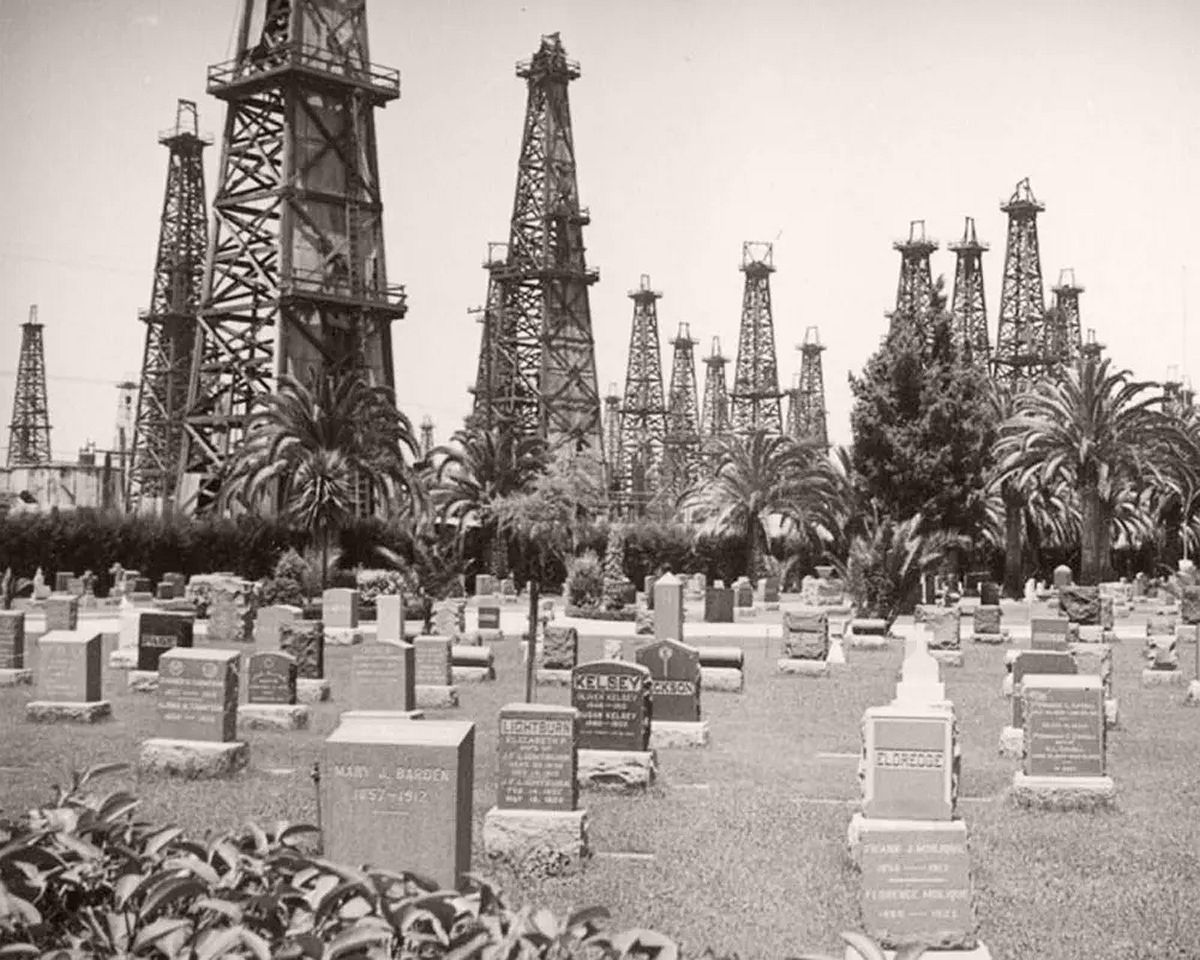 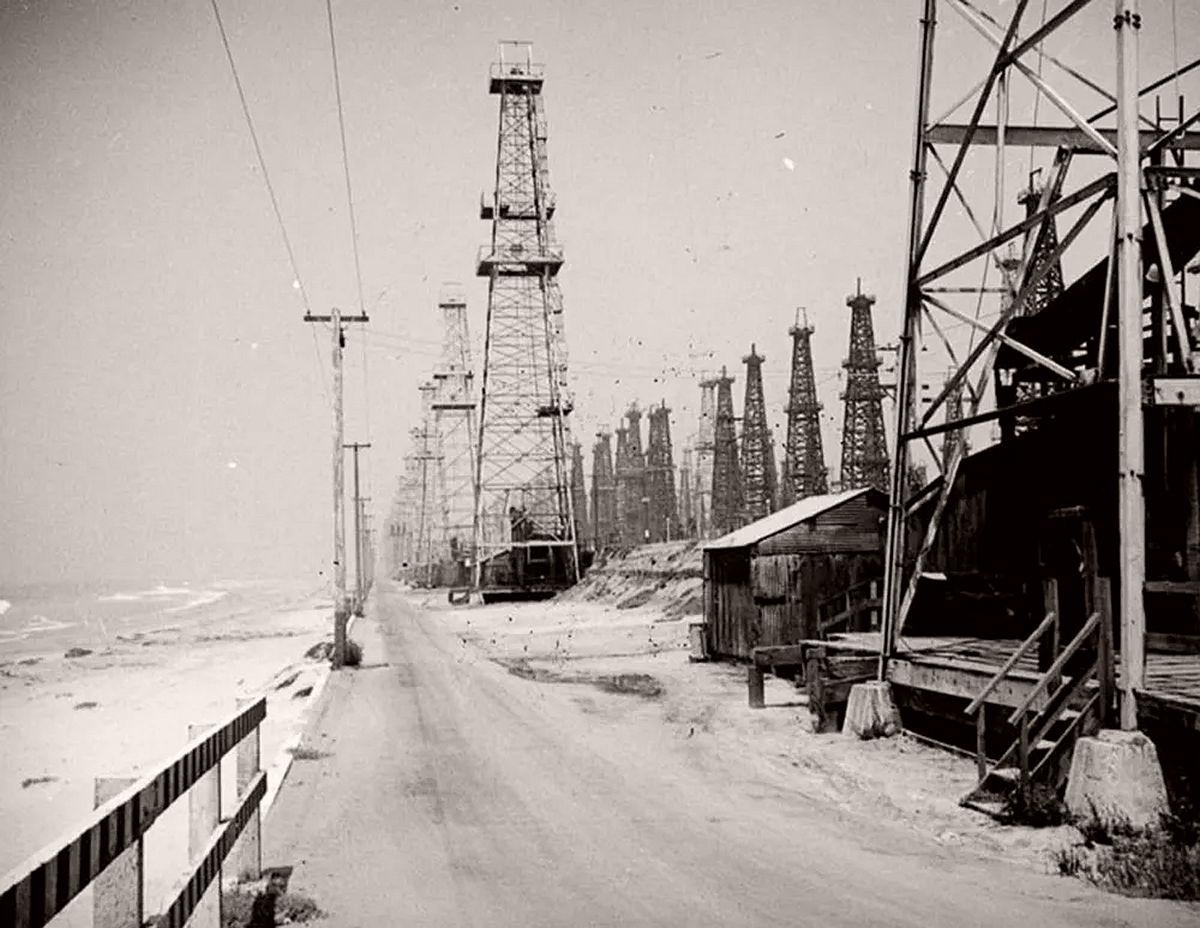 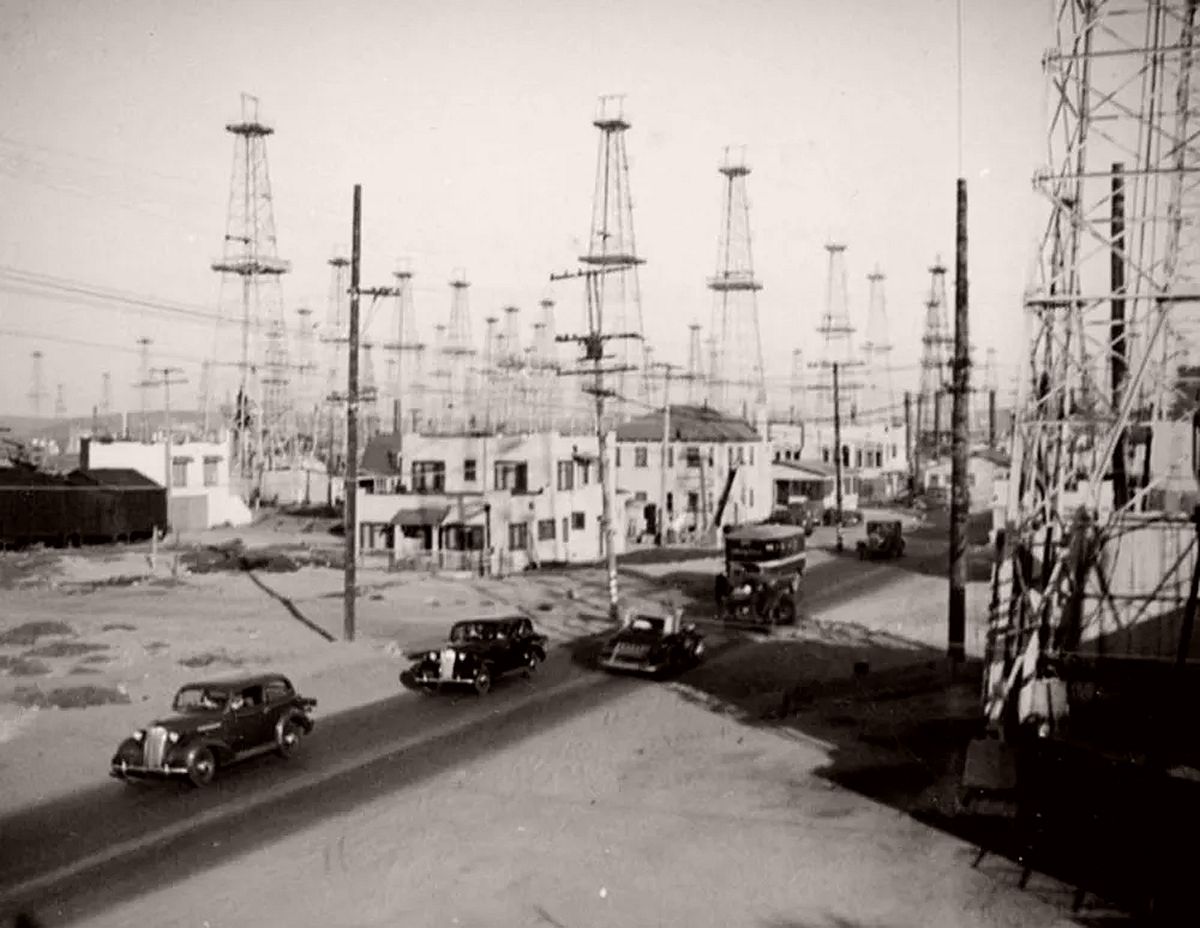 Cars travel through the Venice oilfield. 1937. 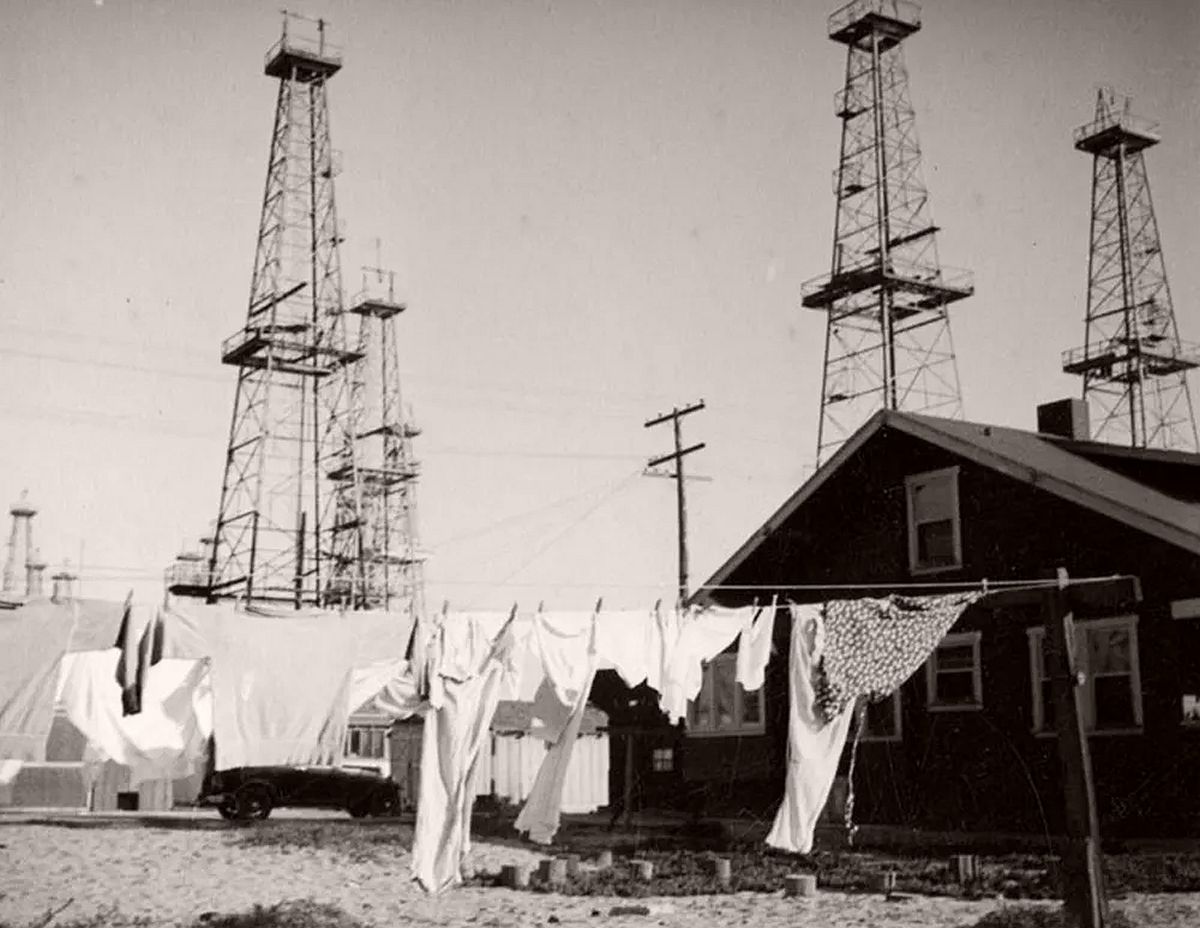 Laundry dries on a clothesline near the Venice oilfield. 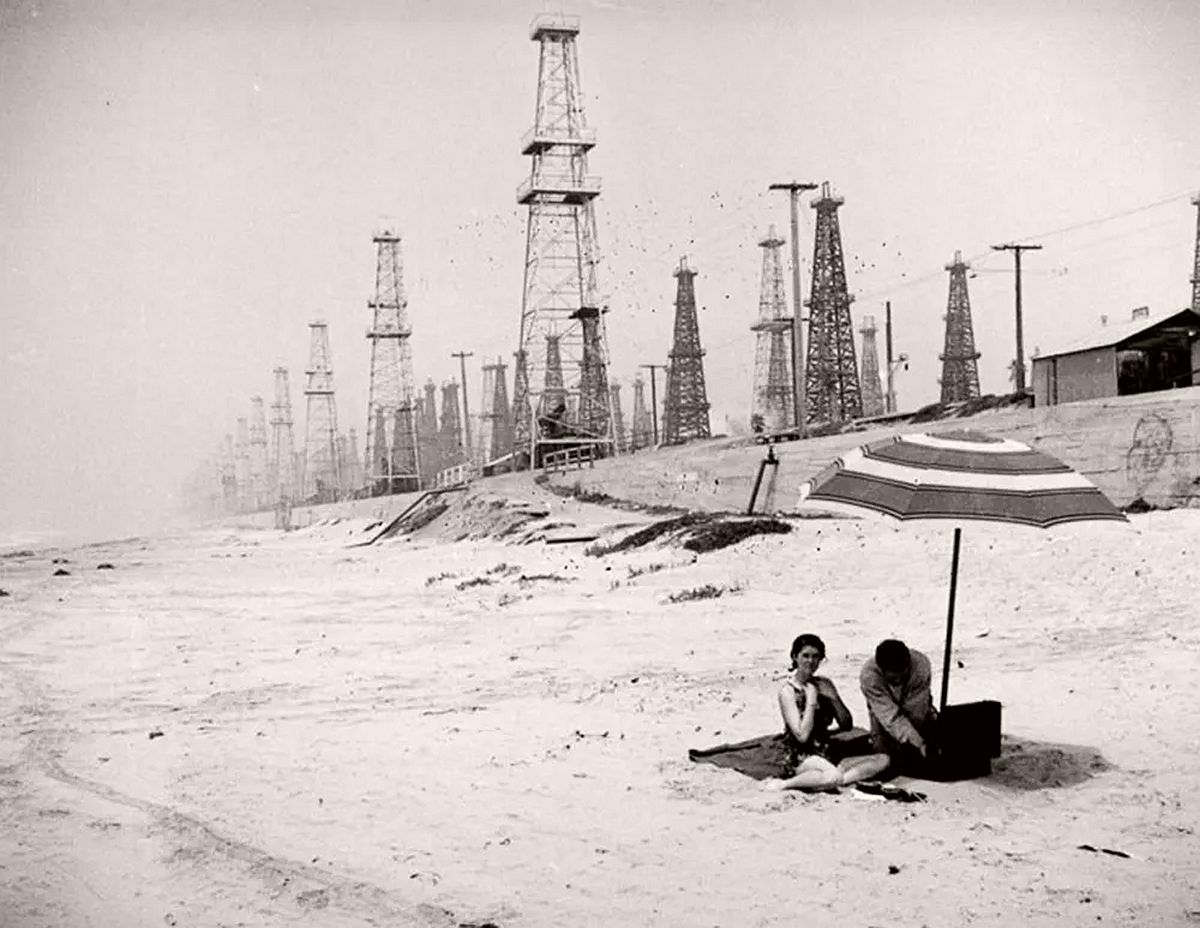 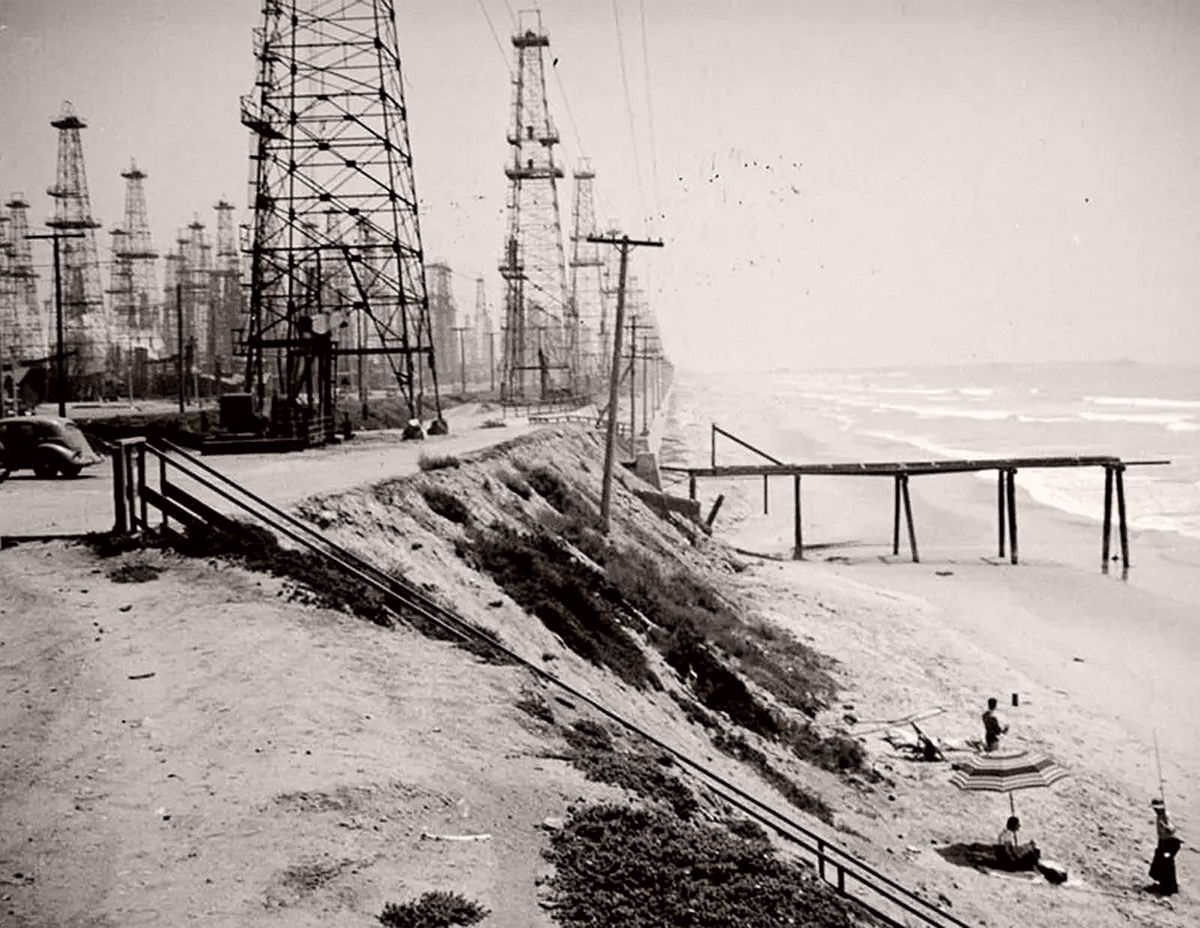 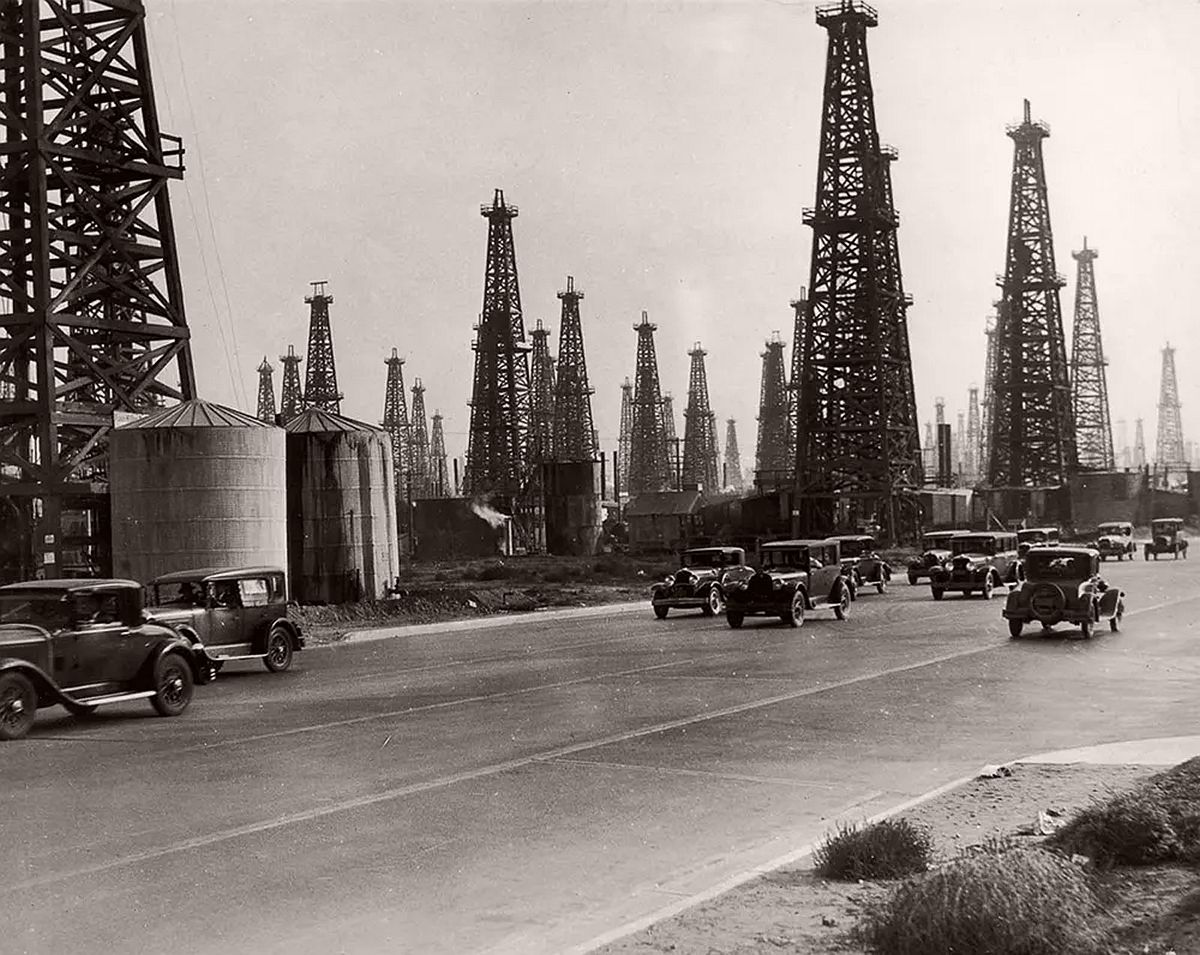 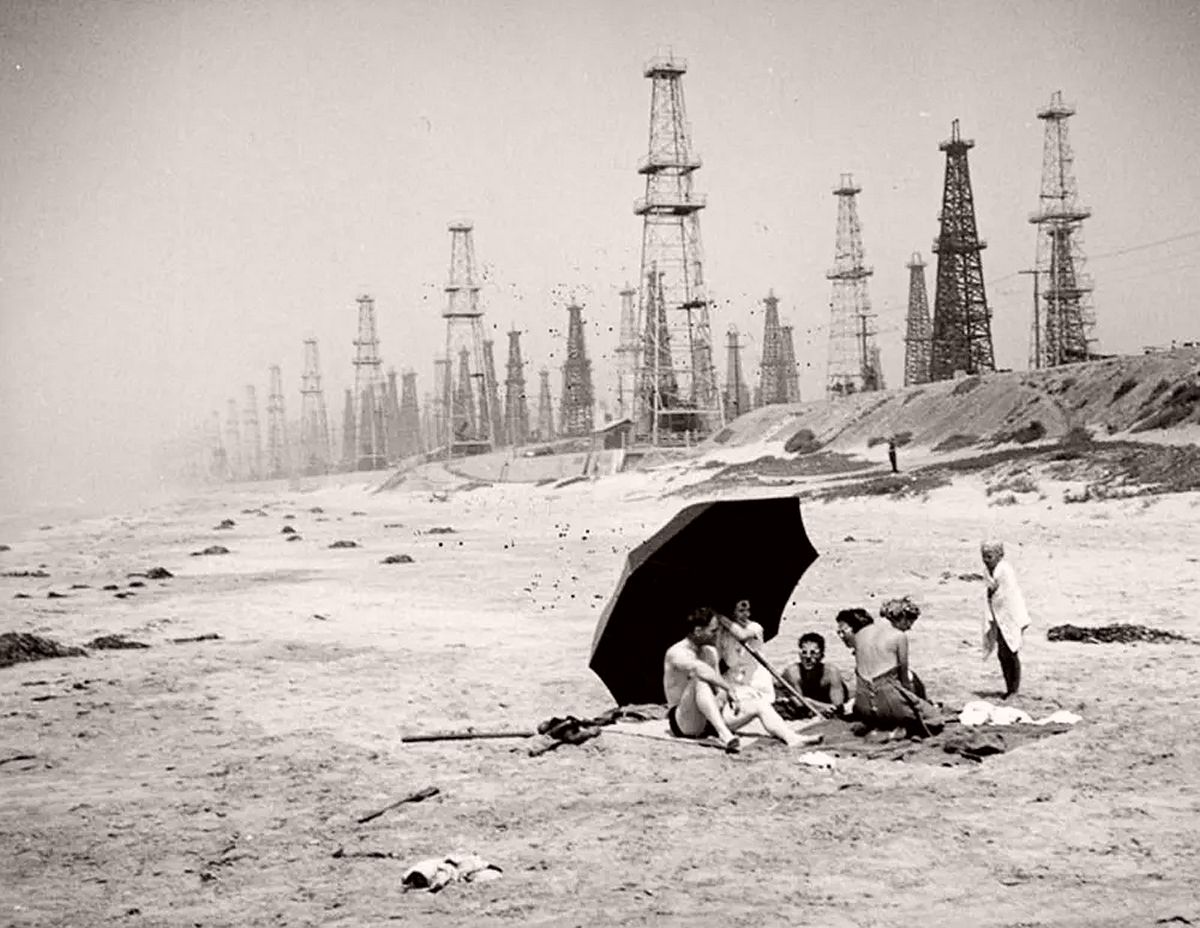 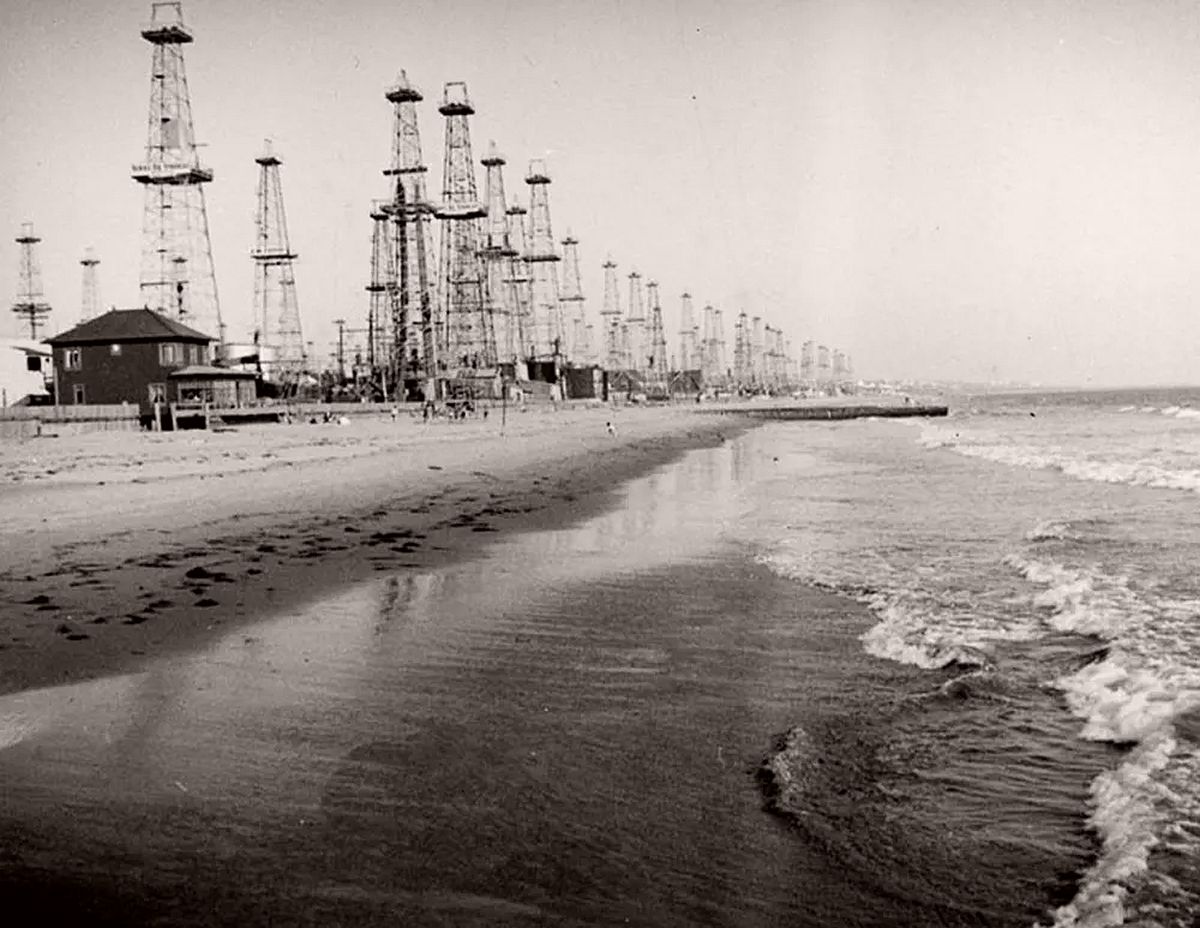 The coast along the Venice oilfield, in what is now Marina del Rey. 1937. 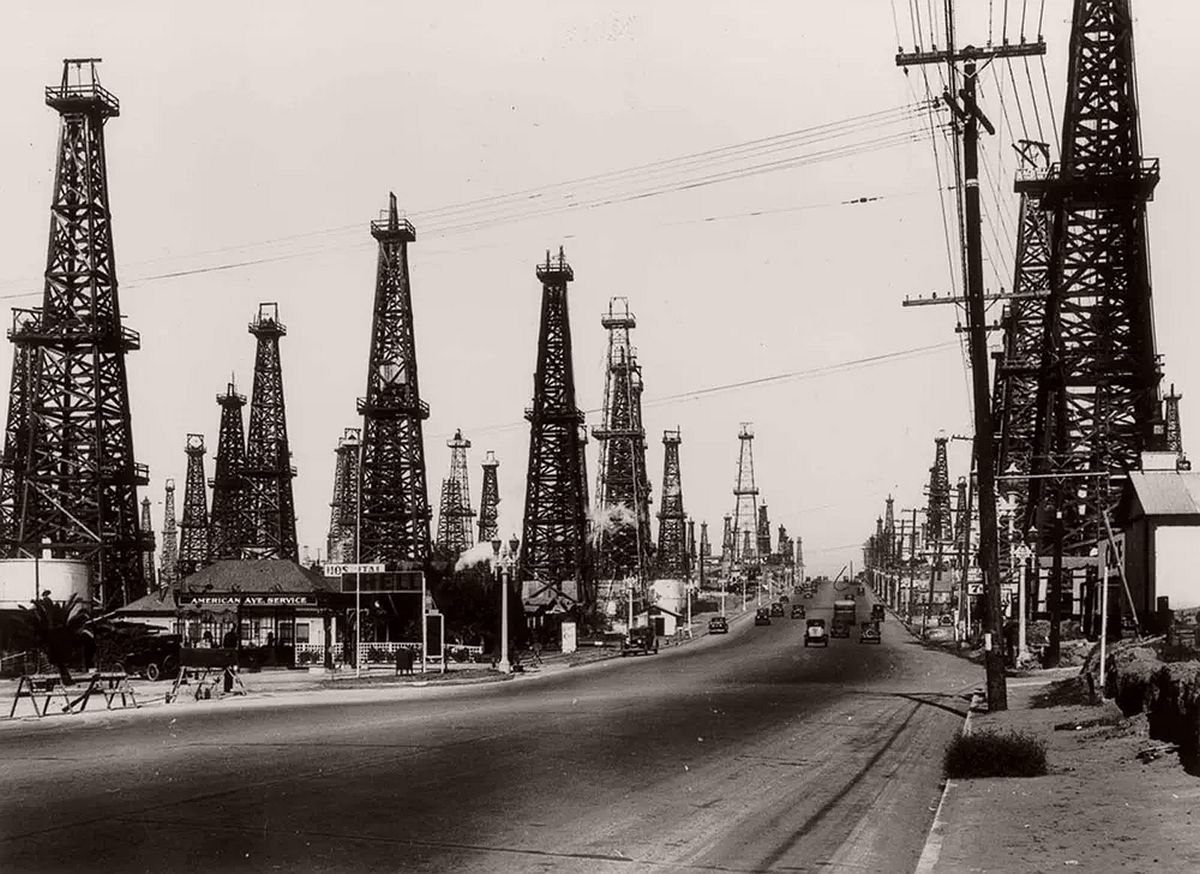 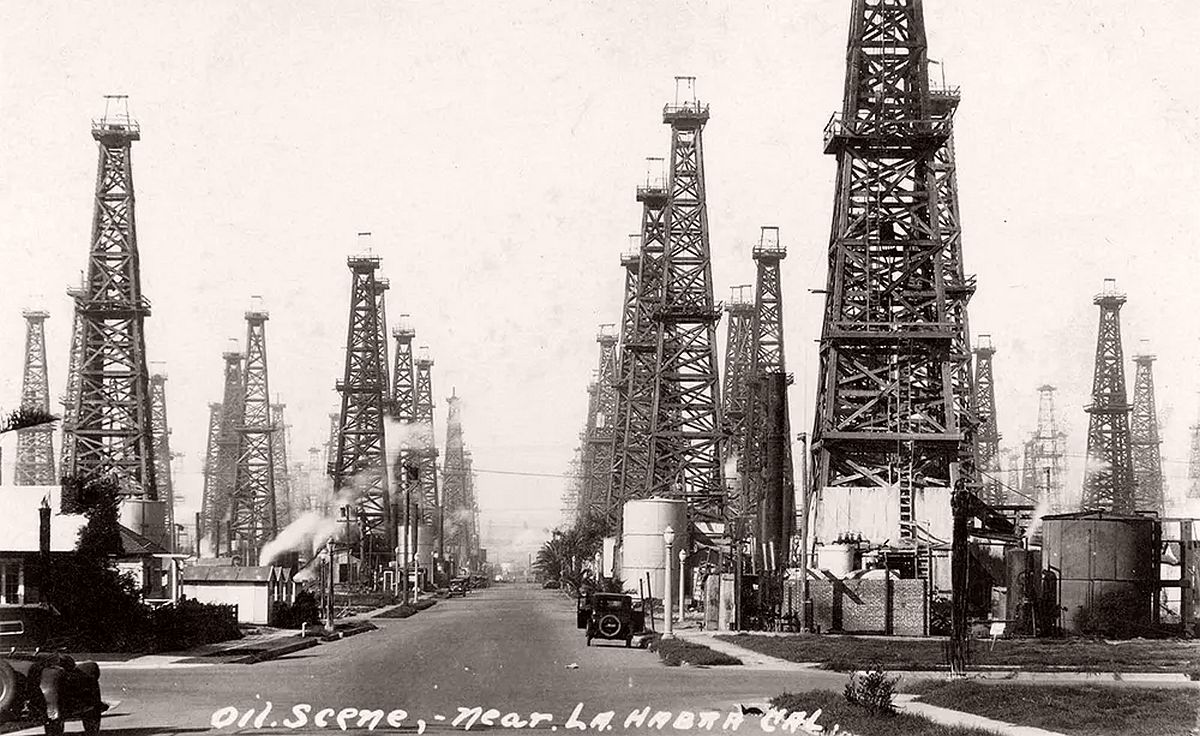 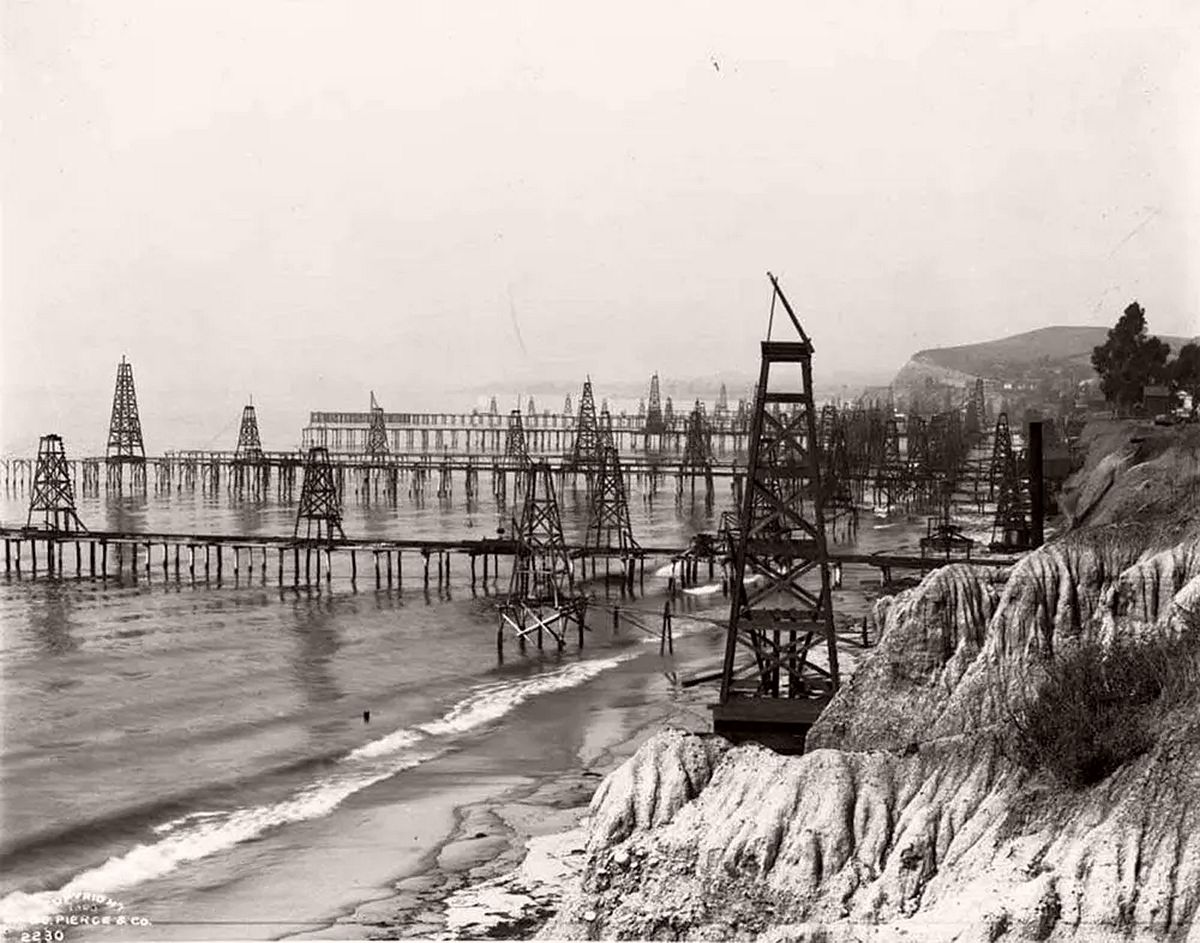 Oil derricks extending into the Pacific at Summerland Beach near Santa Barbara. 1903. 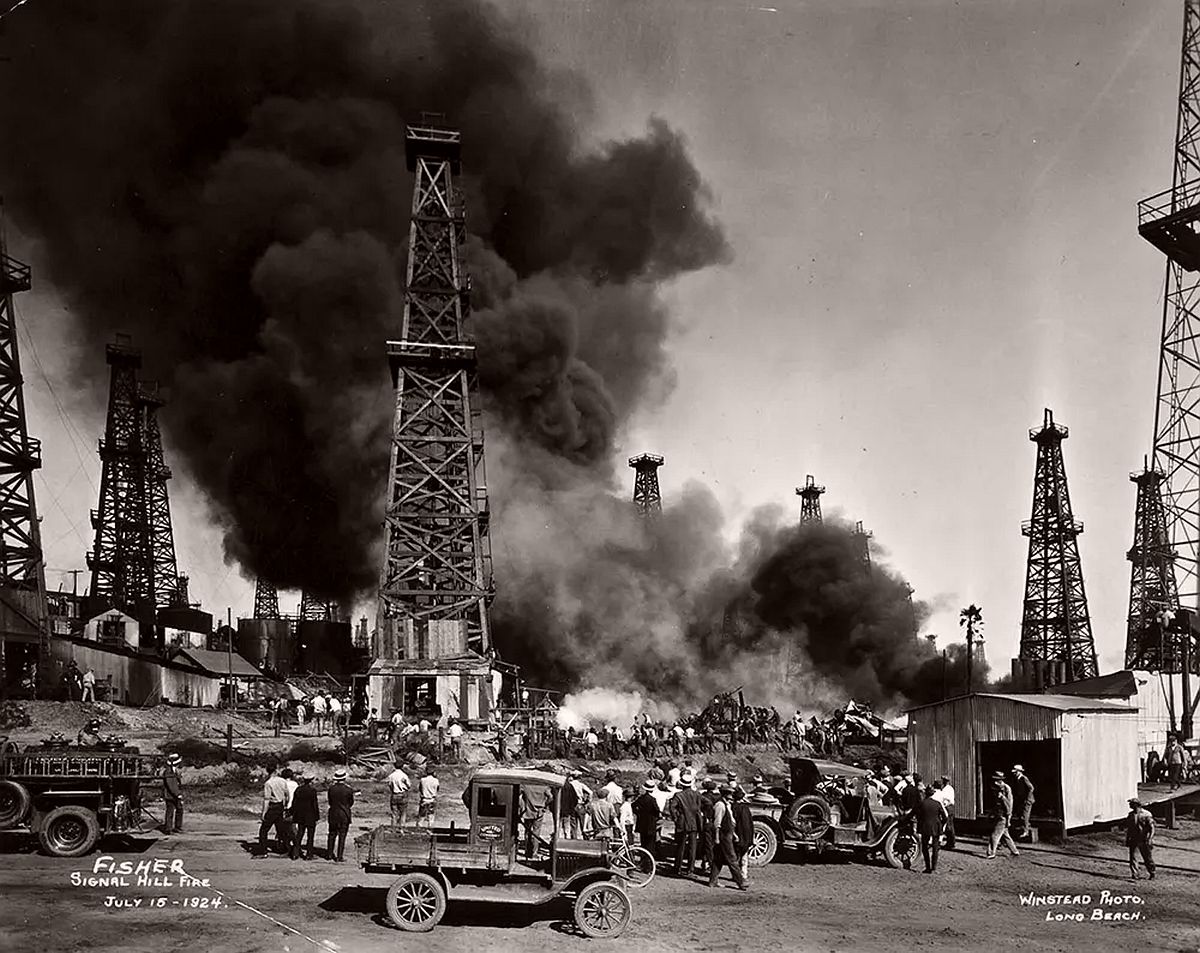