Asya Geisberg Gallery is proud to present “Afterwork”, the second exhibition at the gallery by Los Angeles-based Rodrigo Valenzuela. Recently the recipient of a Guggenheim Fellowship, and a research fellowship at the Smithsonian Museum, Valenzuela has completed a photographic series based on the ghostly absence of workers in an indeterminate time and place, at once futuristic and harking back to a century ago. In staged sets suggesting abandoned factories, Valenzuela wishfully foments a revolution, enabling workers powerless in the face of relentless international movement of capital to flee or perhaps overrun their workplaces. As in a science-fiction universe where we feel a potential reality just out of reach of our present, Valenzuela’s scenes meld mechanical objects with steam or smoke, suggestive of steel manufacturing, a cloud of sweat – the only bodily proof of human toil – or a cinematic trope of futuristic atmosphere. In these eerily depopulated scenes, viewers are prompted to envision alternative possibilities to histories of workers dispossessed, or made obsolete, and industries that thrived on human pain.

Rather than take the approach of photographic “ruin-porn”, where relics of an industrial golden age are depicted as elegantly shambolic, Valenzuela instead chooses to construct fictional environments, in order to imbue his images with the ferocity of his imagination, and crucially, his own physical efforts. Not satisfied with the existing romanticism of blight and resurrection, Valenzuela opts for image making that is defiantly labor intensive and ambitious in scope. Detritus and industrial parts are scavenged over time, taken apart or reassembled, and transformed in the artist’s own studio backdrops, then turned into flat images that confuse the viewer with scale shifts and multiple references. The artist calls forth his own identity as a worker, whether his experience working in construction or his process of art-making, often resulting in equally laborious installations in his exhibitions.

Valenzuela’s oeuvre has always circled around concepts of labor, and now finds itself eerily prescient to the current moment of workers resigning en masse, avoiding the office, or otherwise fighting to reimagine their identities apart from their employer’s demands. Emanating from histories of industrial revolutions compelled by squeezing human labor into an engine for capital, the artist’s work is both a paean to the working class and a requiem for its eventual demise. Even now, workers whose only sweat is in front of computers, worry about their necessity, conspiring to prove their productivity especially if in the solitary confinement of “work from home”. Valenzuela’s images suggest danger, beauty, silence, useless activity, physical struggle, or a world where machines have taken over, no longer requiring anything a human may provide. His identification with the dilemma of the contemporary worker, unable to unionize or find a permanent or well-paying job, begins with blue-collar labor but extends to our present-day white collar blues. While praising our pandemic’s essential workers, we asked them to work non-stop, endangered and fearful, and have now promptly moved on, again blind to their existence. Valenzuela’s images touch on concerns of past, present, and the imaginary future, lingering in enigmatic scenes of desolation and allurement. 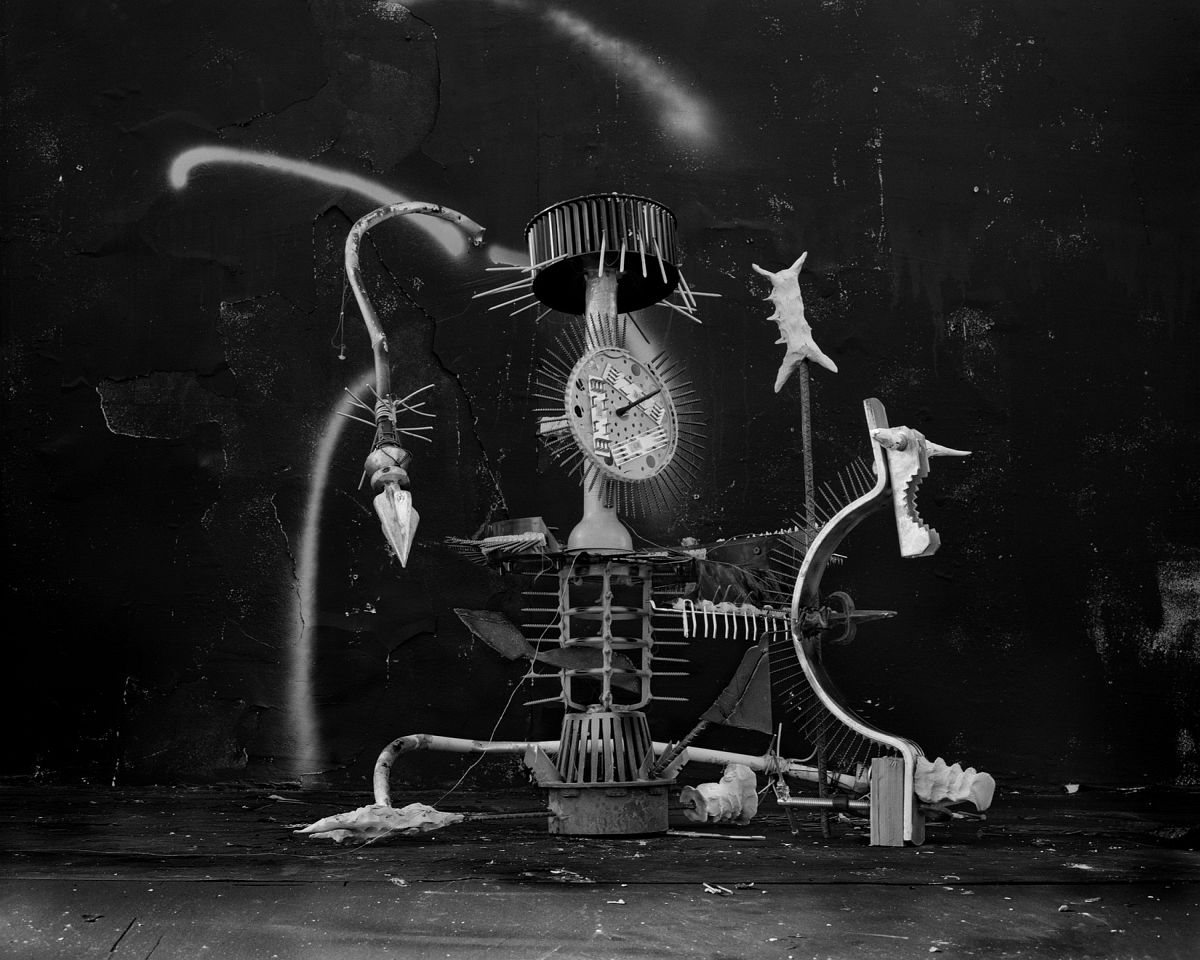 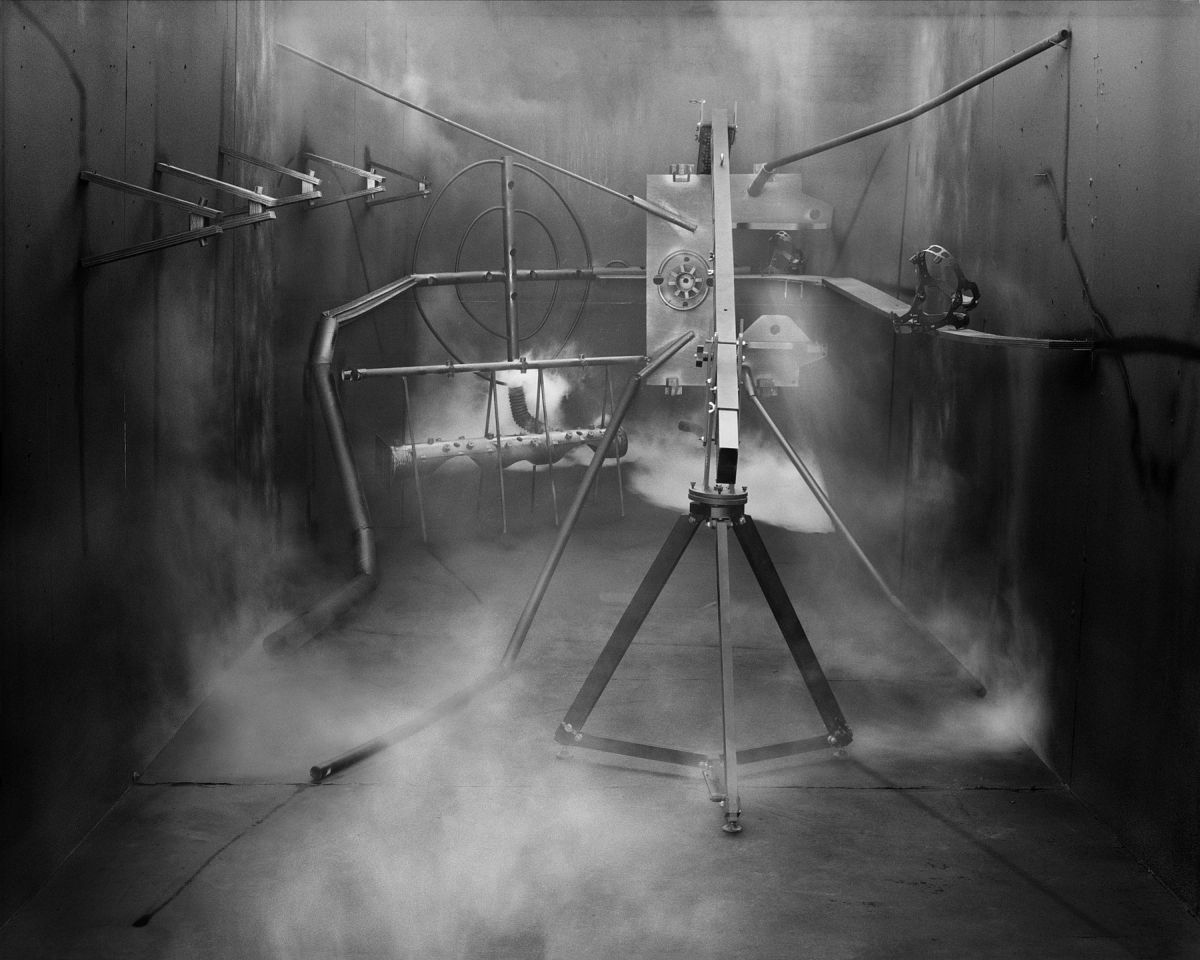 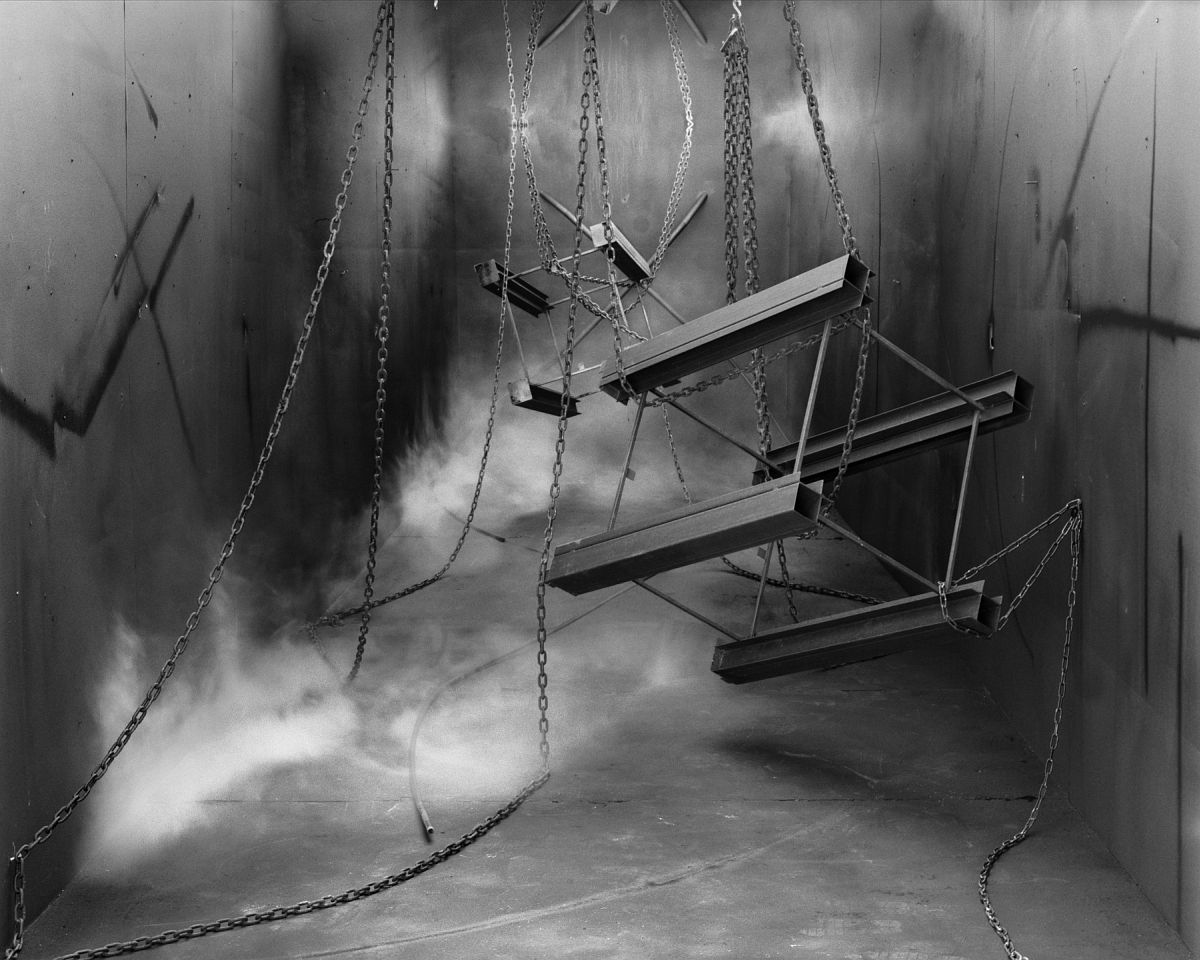 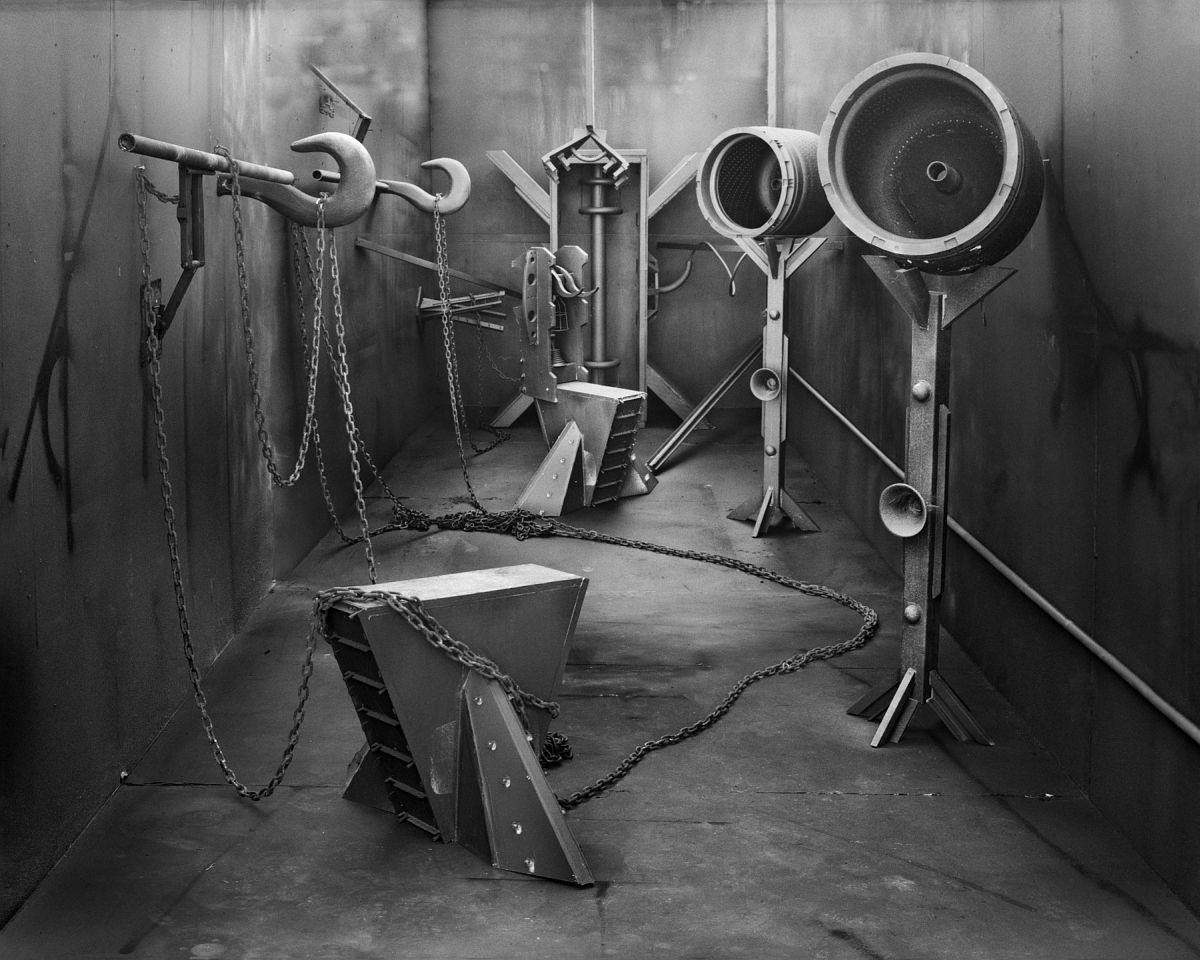 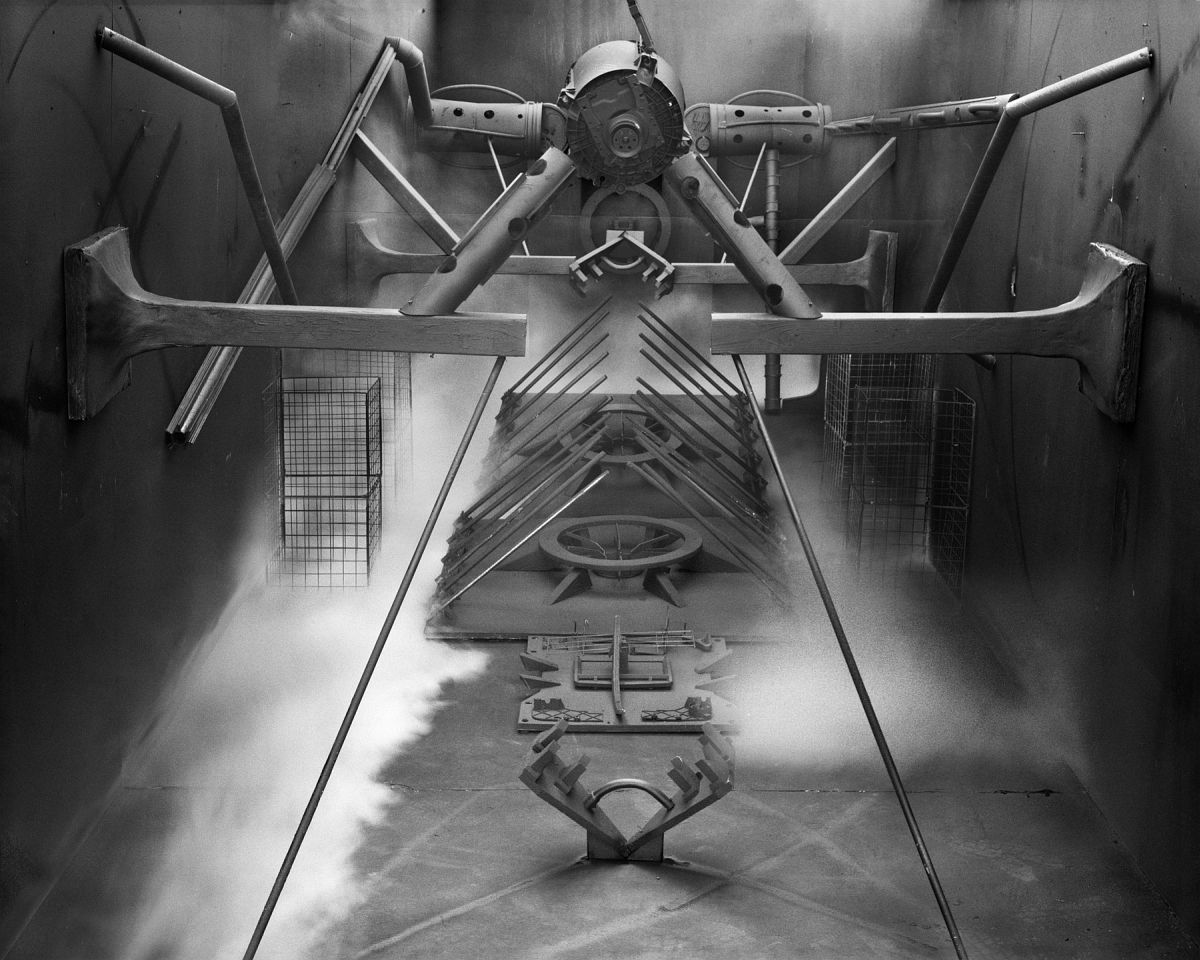 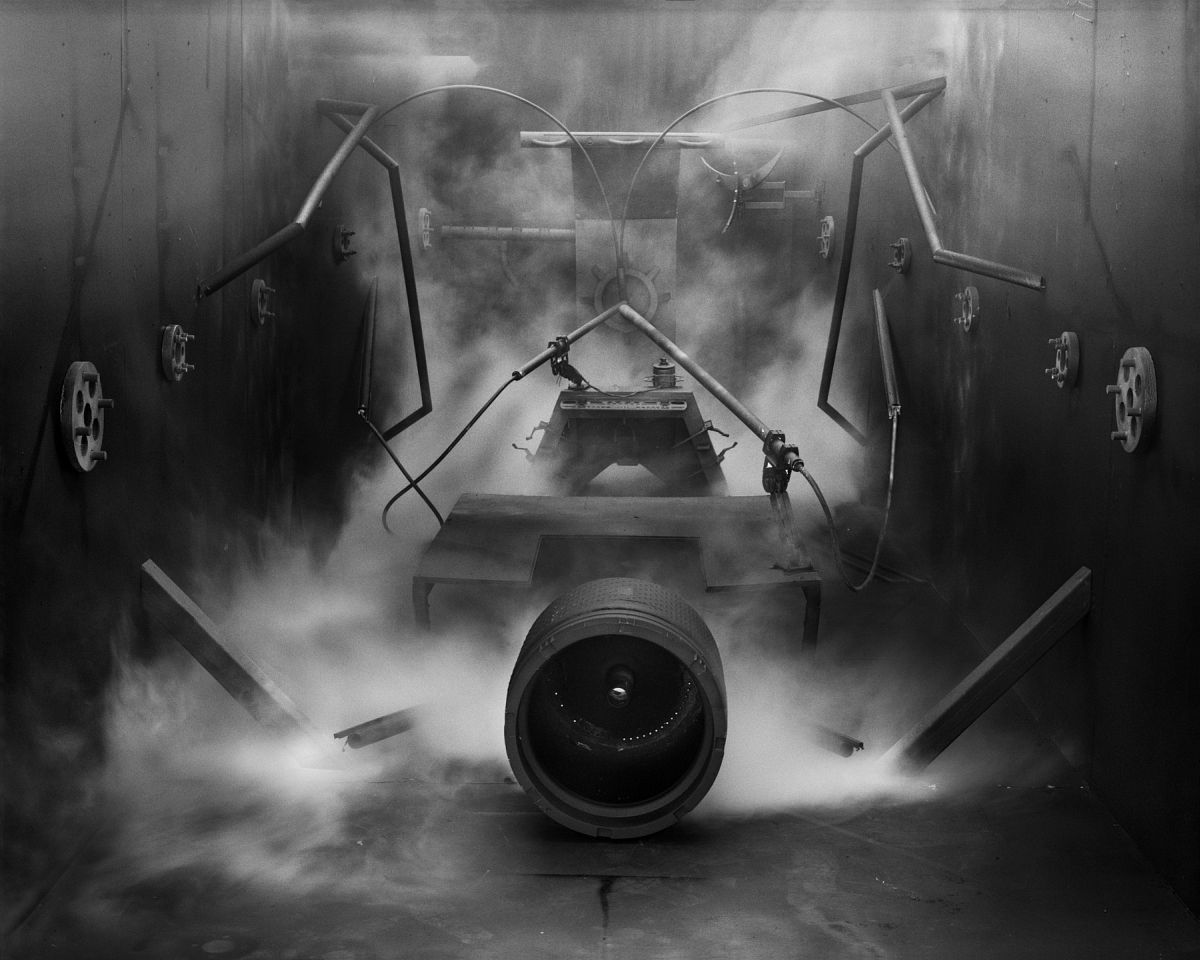