Homelessness was present before the Great Depression, and was a common sight before 1929. Most large cities built municipal lodging houses for the homeless, but the Depression exponentially increased demand. The homeless clustered in shanty towns close to free soup kitchens. These settlements were often trespassing on private lands, but they were frequently tolerated or ignored out of necessity. The New Deal enacted special relief programs aimed at the homeless under the Federal Transient Service, which operated from 1933 to 1939.

While some Hoovervilles created a sort of government, most were unorganized collections of shanty houses. This lack of organization has made it difficult to identify the populations within Hoovervilles. Some claim to have been made up of men, women, and children, while others claim to only have had men. 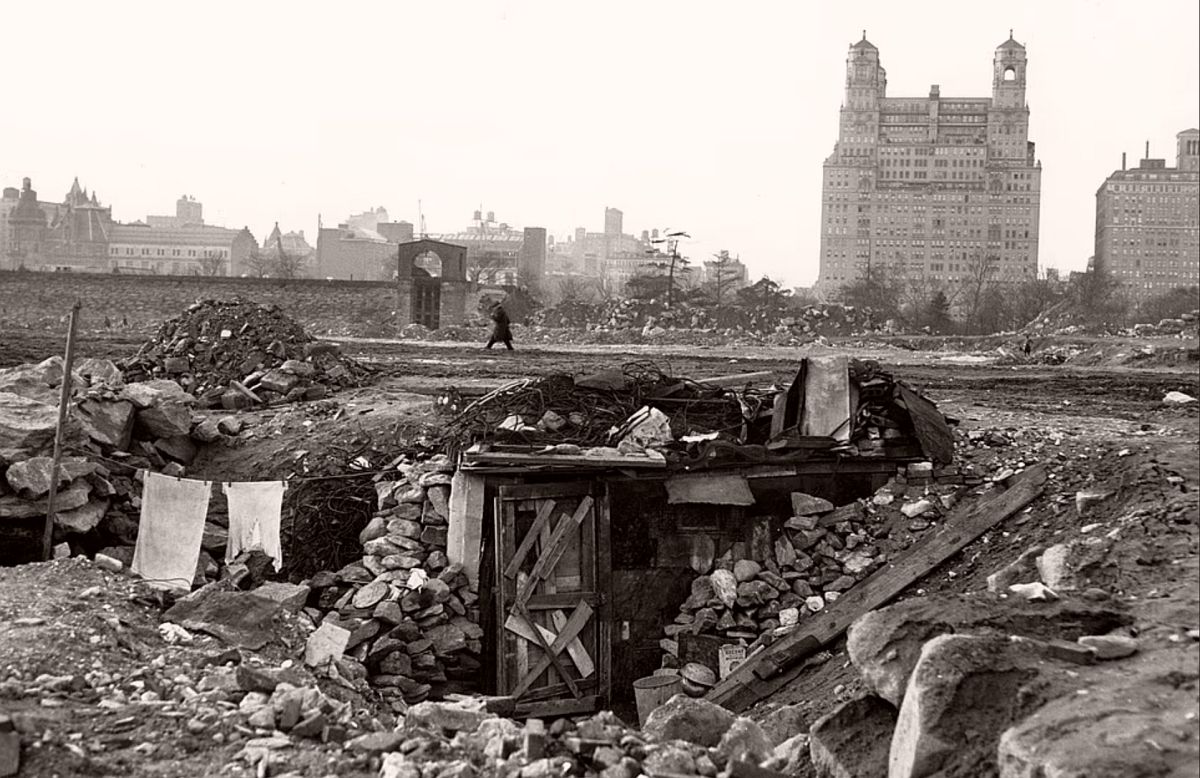 ‘Hoovervilles’ like the one pictured above in Central Park, were named after President Herbert Hoover who was blamed for the economic crises. The landmark Beresford building in the background looms over the Central Park construction site that was overtaken by squatters after construction work was suspended during Depression era budget deficits. The Beresford was completed weeks before the stock market crashed in 1929. It is considered to be one New York City’s finest apartment buildings with famous past and current residents including: Jerry Seinfeld, Meryl Streep, Calvin Klein, Tatum O’Neil, Diane Sawyer, John McEnroe and Meyer Lansky 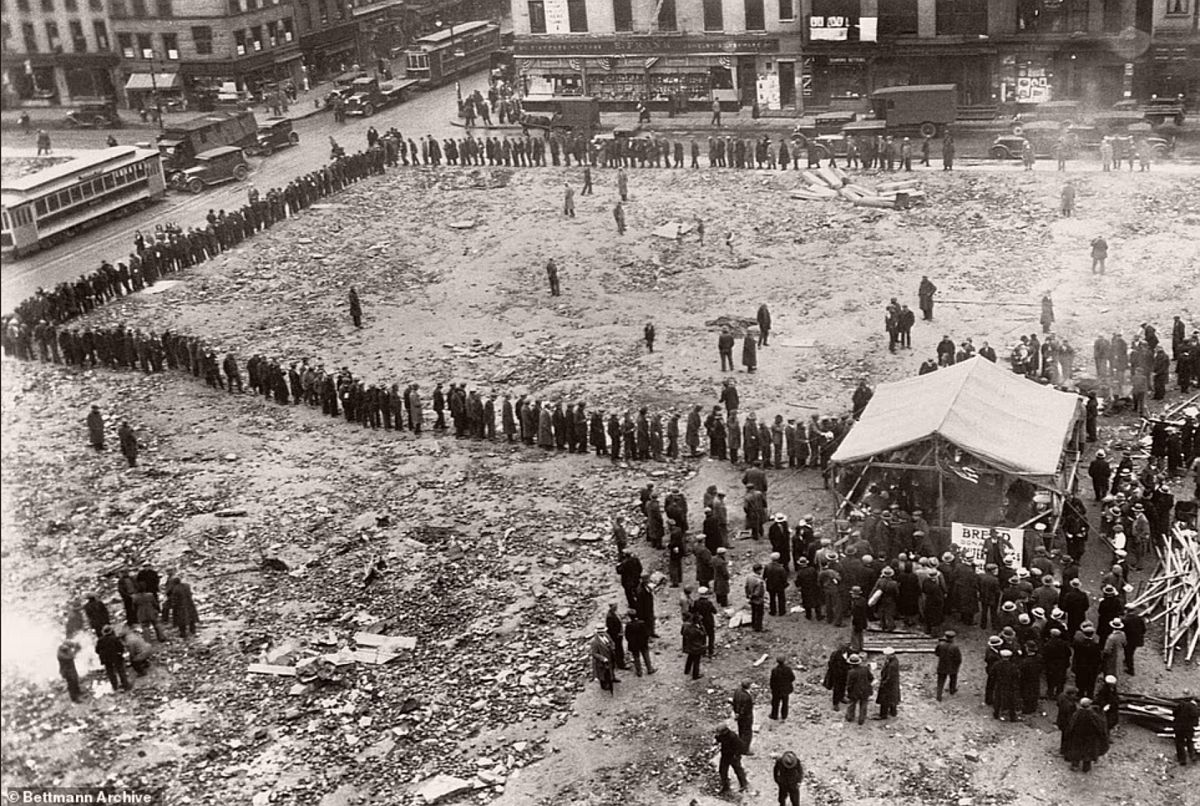 Despite heavy rainfall, the unemployed wait in bread lines on the corner of Chrystie and Grand Street in the Lower East Side. A few blocks away stood New York City’s largest shantytown, known as ‘Hardlucksville,’ with upwards of 80 shacks that housed 450 men 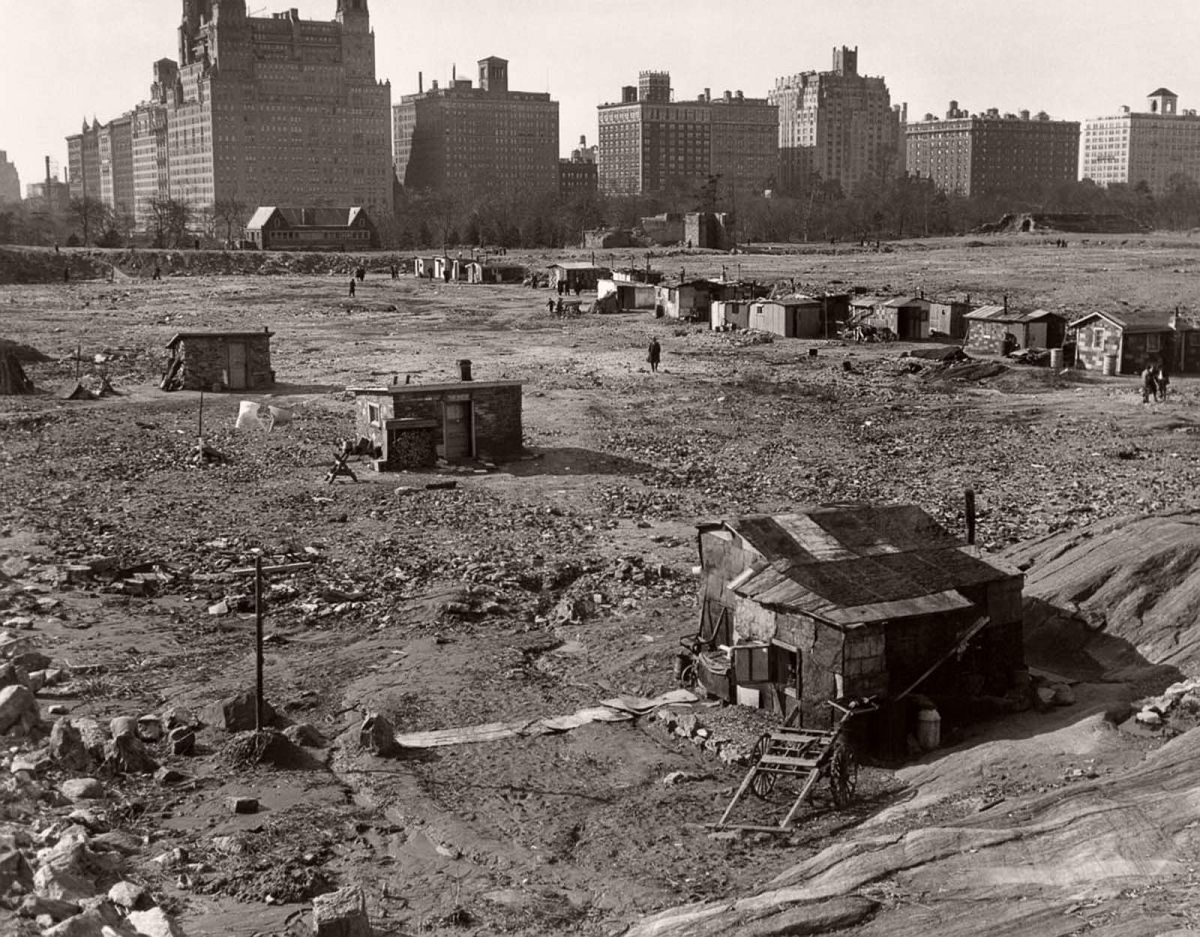 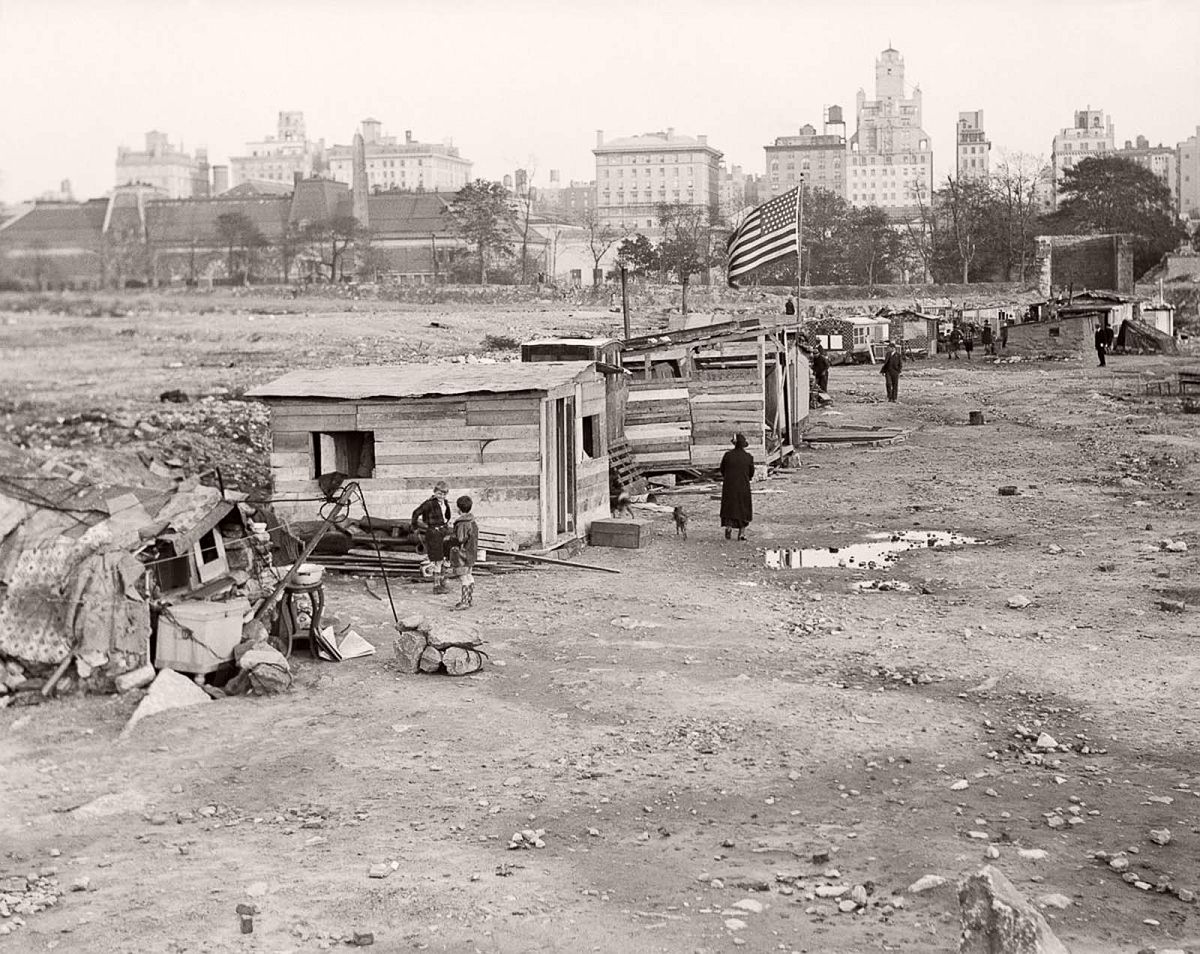 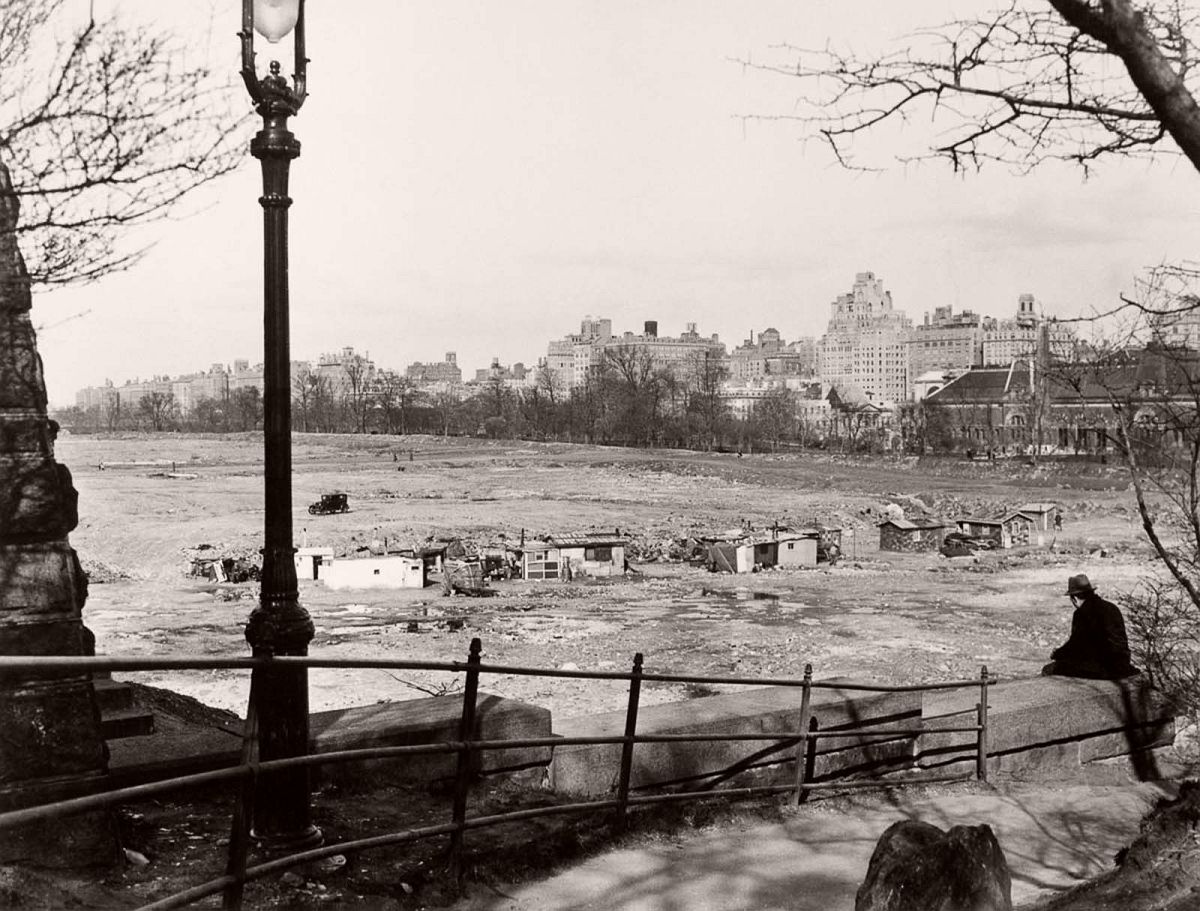 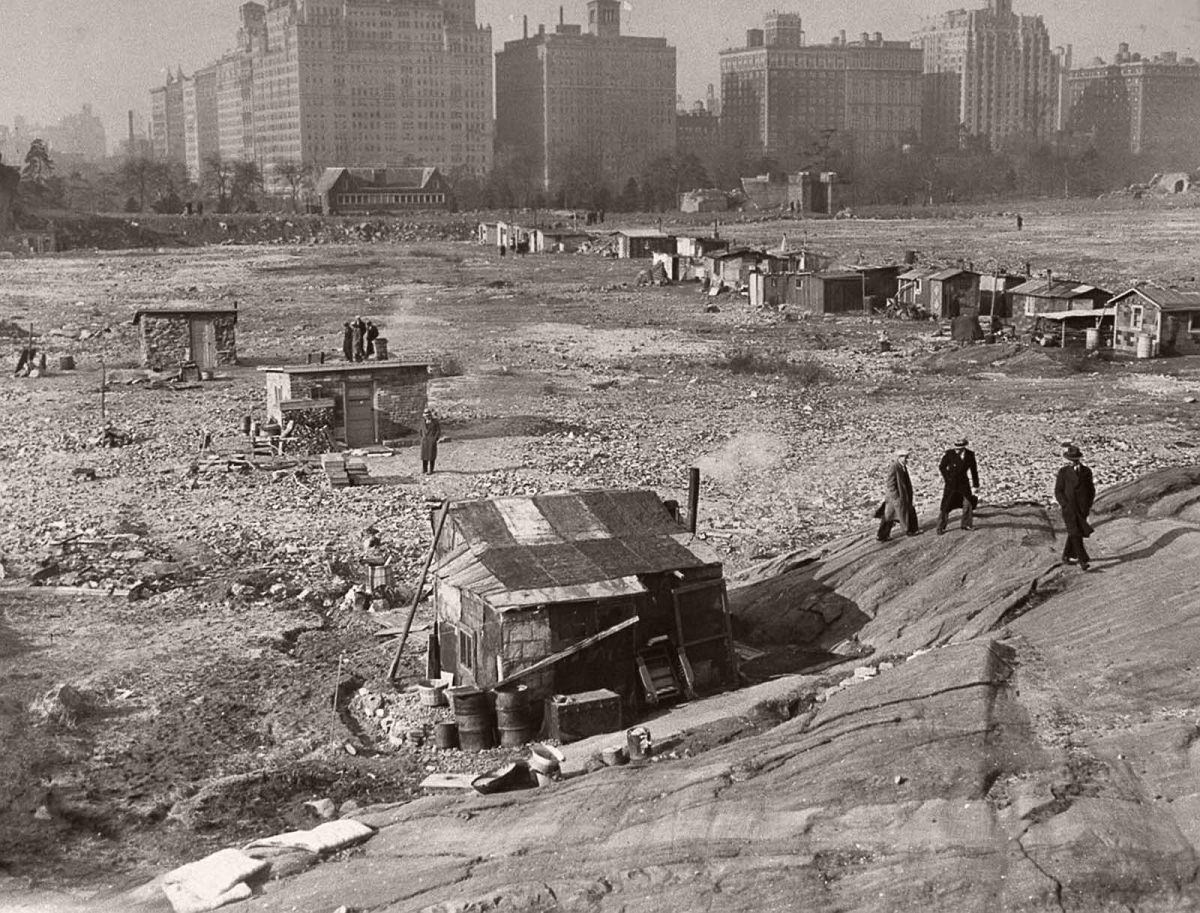 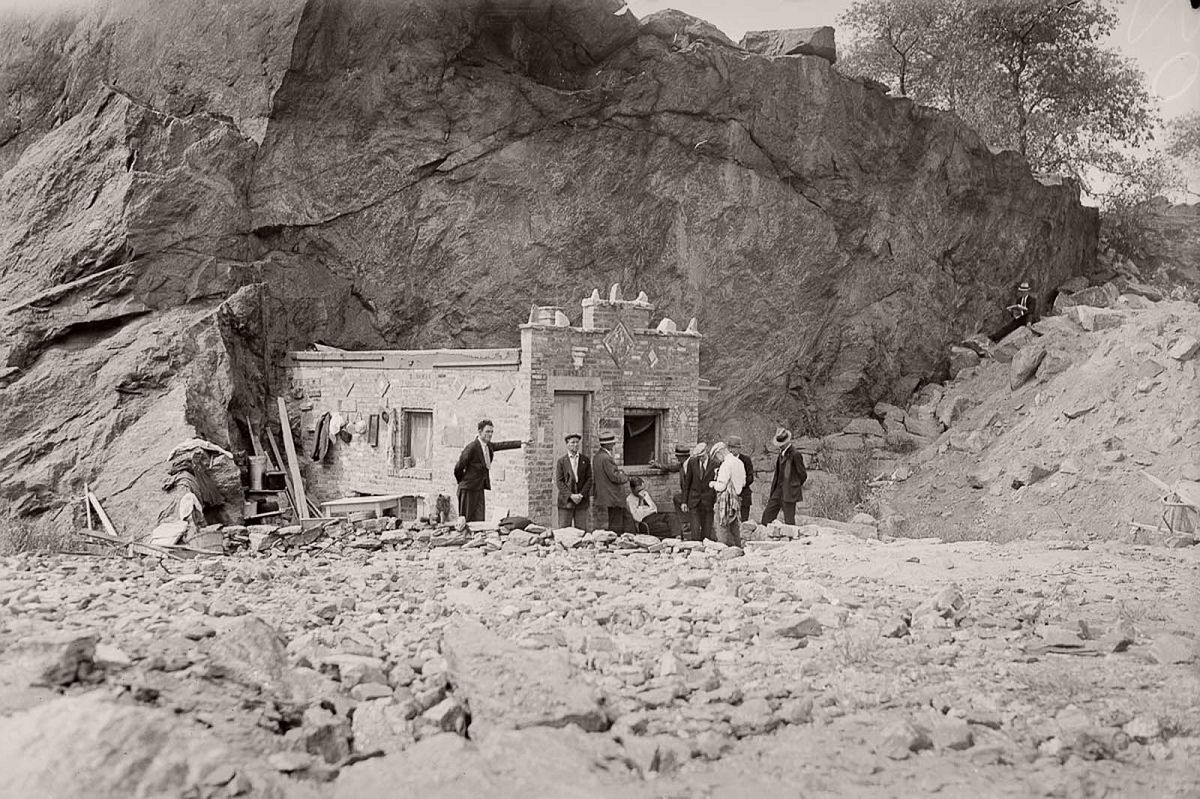 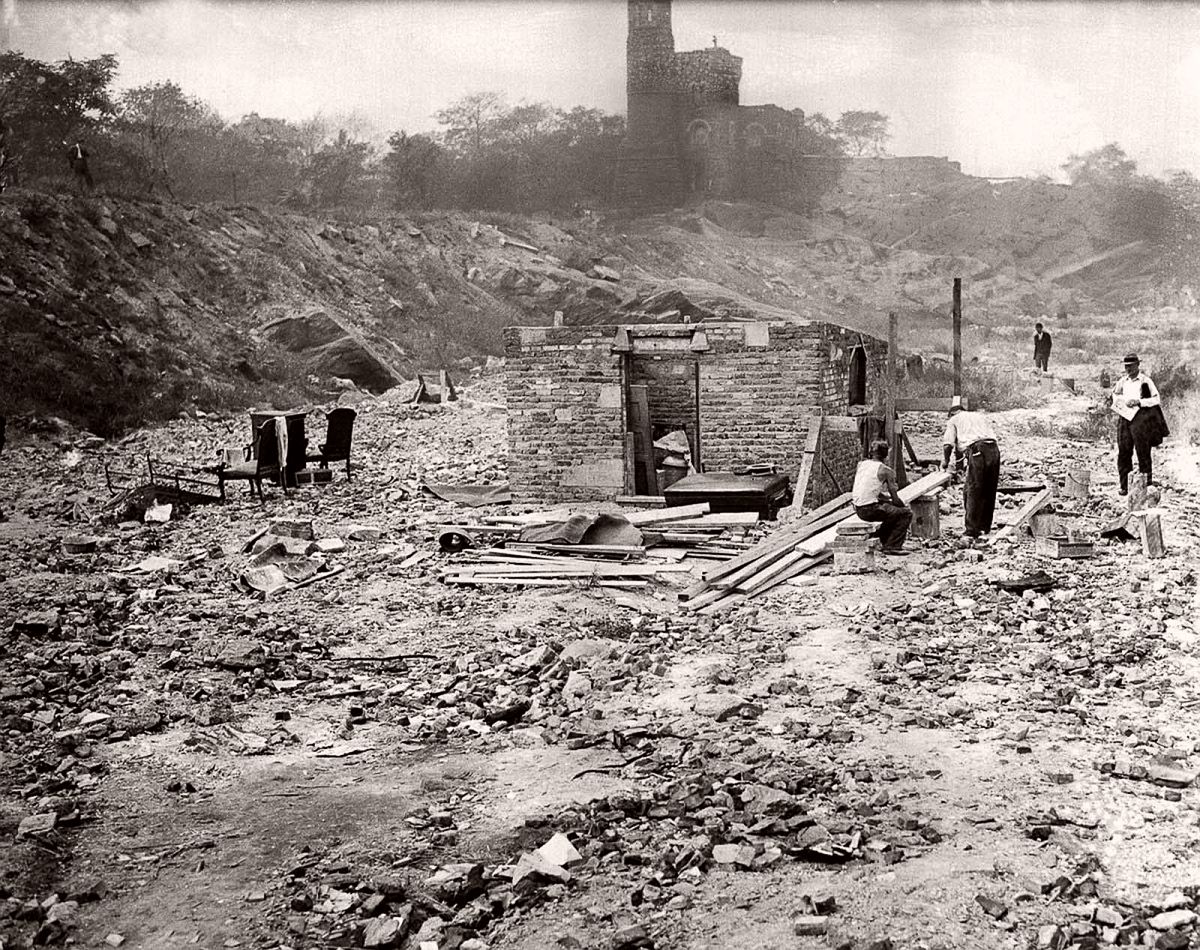 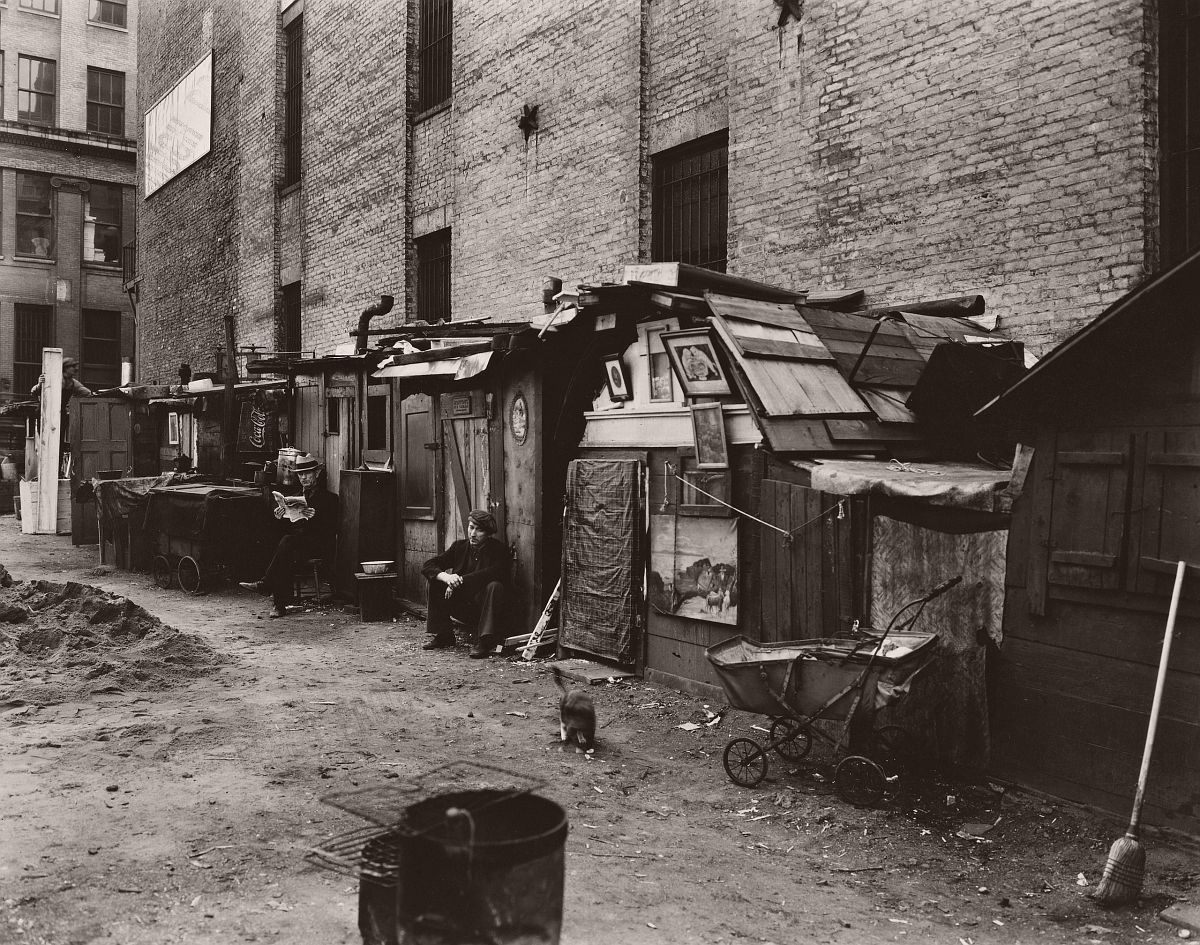 Unemployed at their huts in a Hooverville in Manhattan, NYC, West Houston and Mercer Sts.; 1935, Berenice Abbot.