After the Civil War ended in 1865, Atlanta was gradually rebuilt. Due to the city’s superior rail transportation network, the state capital was moved from Milledgeville to Atlanta in 1868. In the 1880 Census, Atlanta surpassed Savannah as Georgia’s largest city. Beginning in the 1880s, Henry W. Grady, the editor of the Atlanta Constitution newspaper, promoted Atlanta to potential investors as a city of the “New South” that would be based upon a modern economy and less reliant on agriculture. By 1885, the founding of the Georgia School of Technology (now Georgia Tech) and the city’s black colleges had established Atlanta as a center for higher education. In 1895, Atlanta hosted the Cotton States and International Exposition, which attracted nearly 800,000 attendees and successfully promoted the New South’s development to the world. 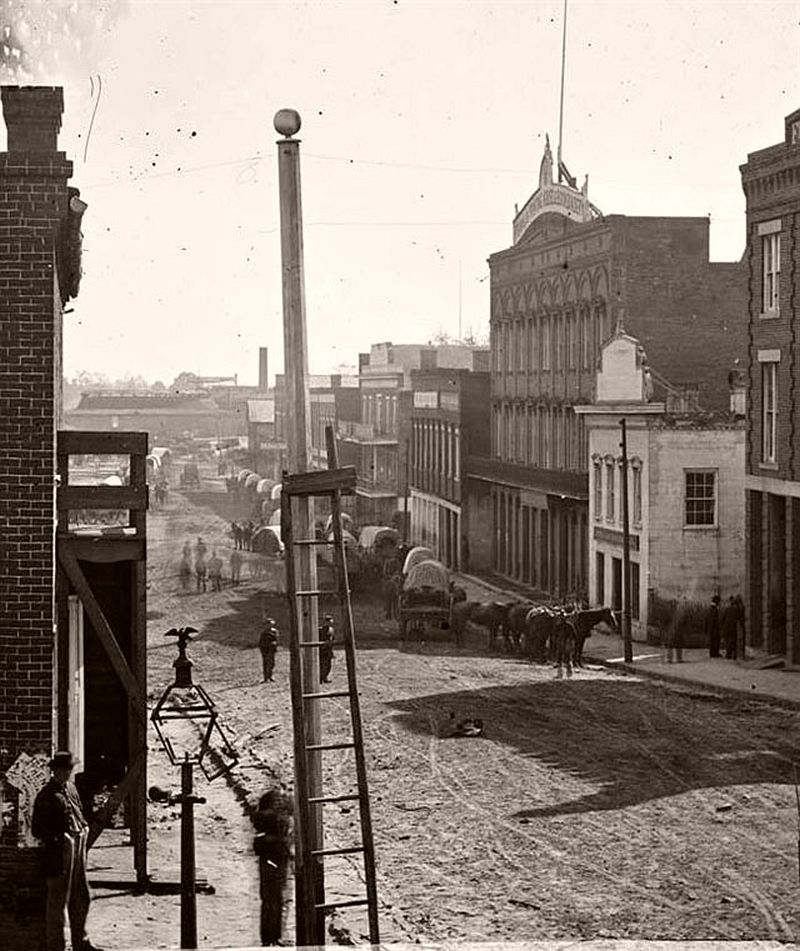 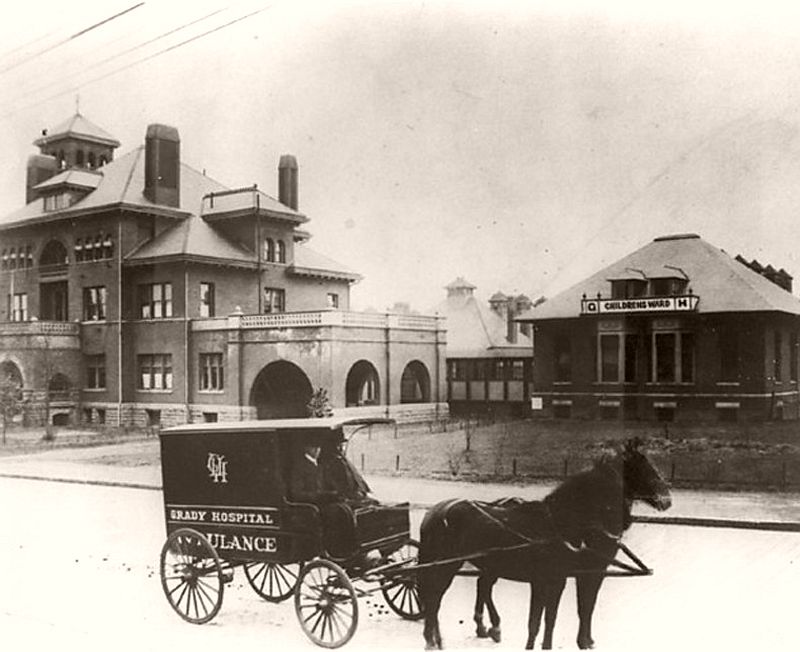 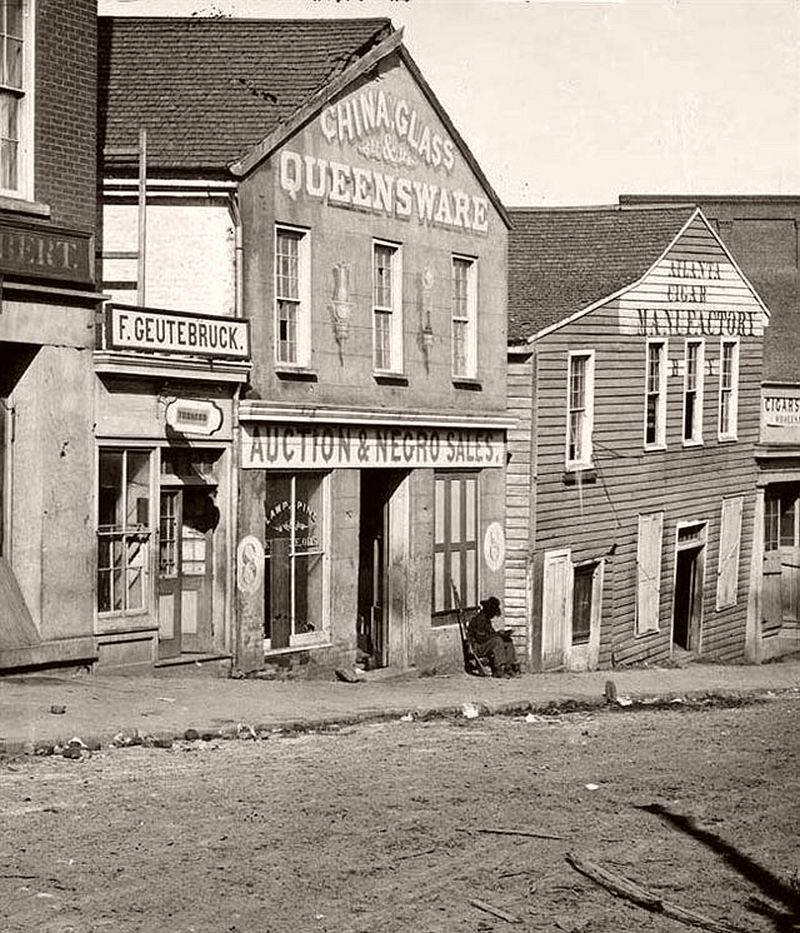 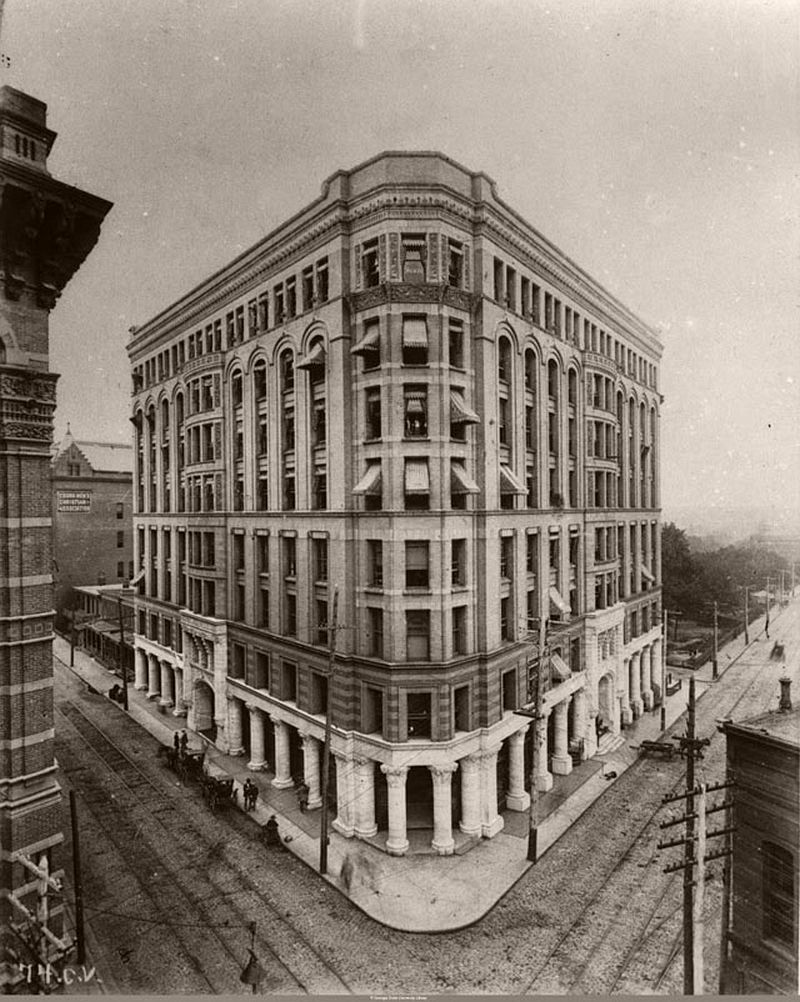 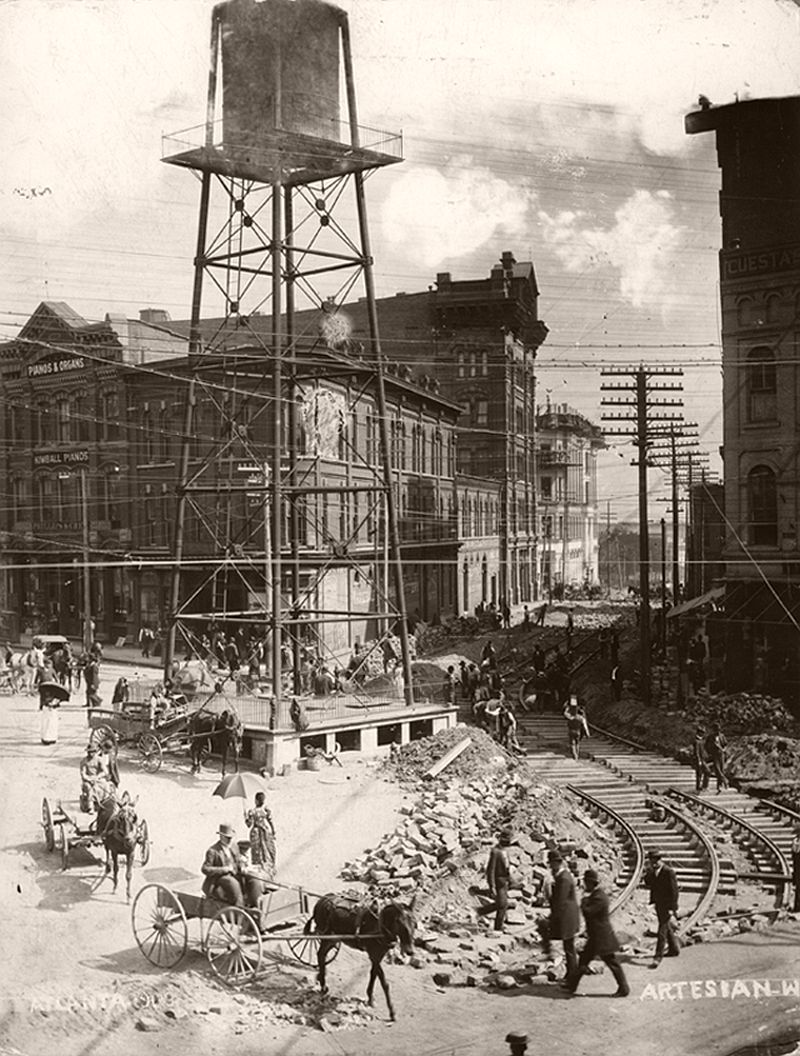 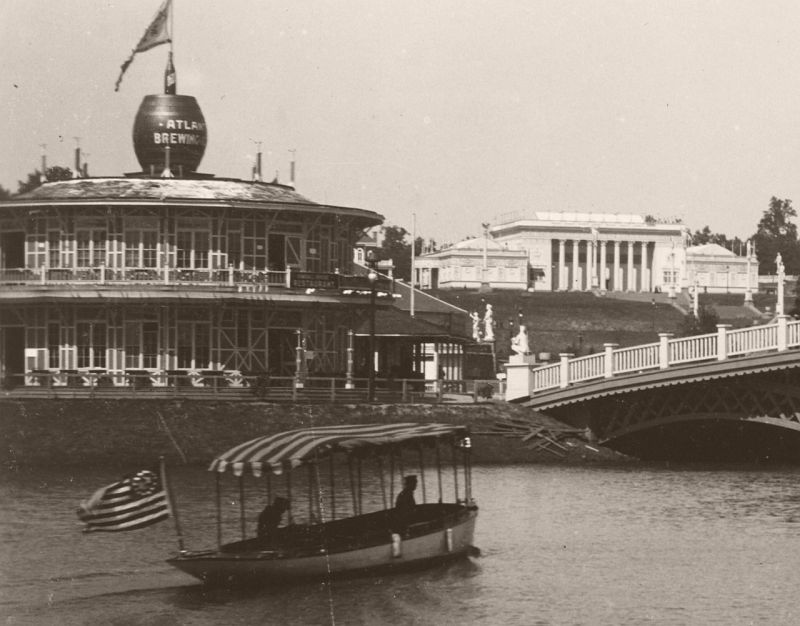 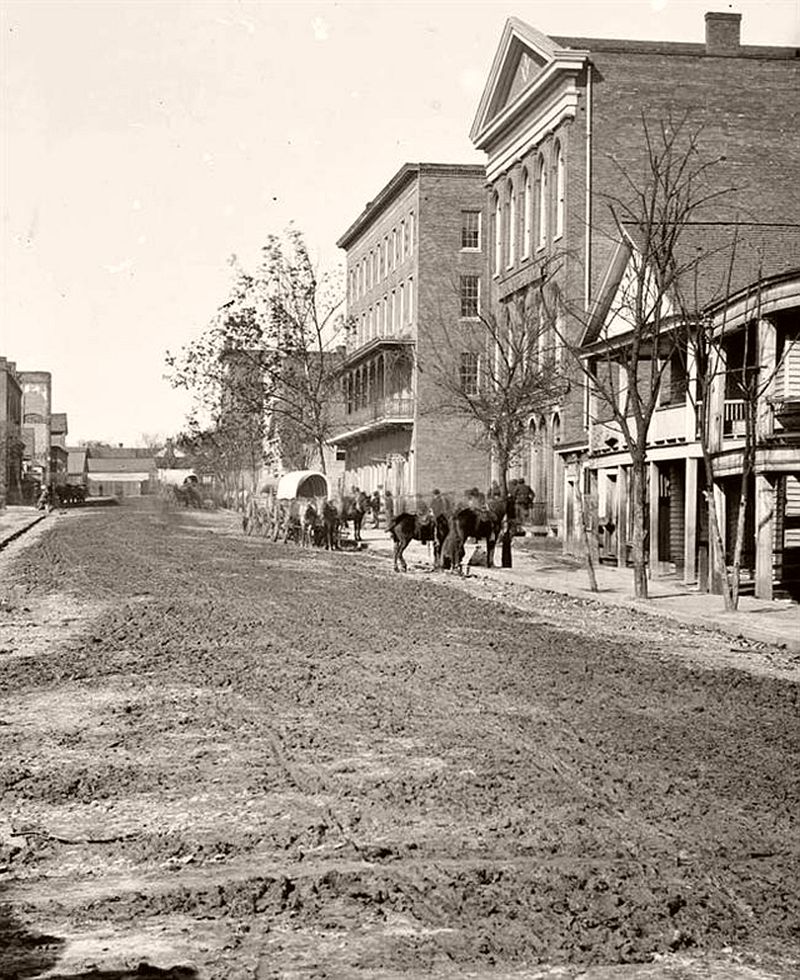 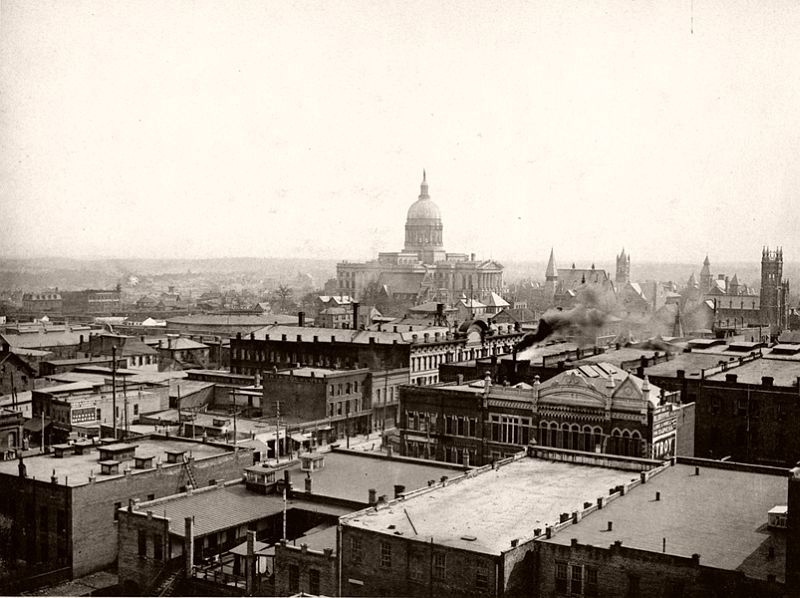 Downtown Atlanta taken from the roof of the Equitable Building, 1895 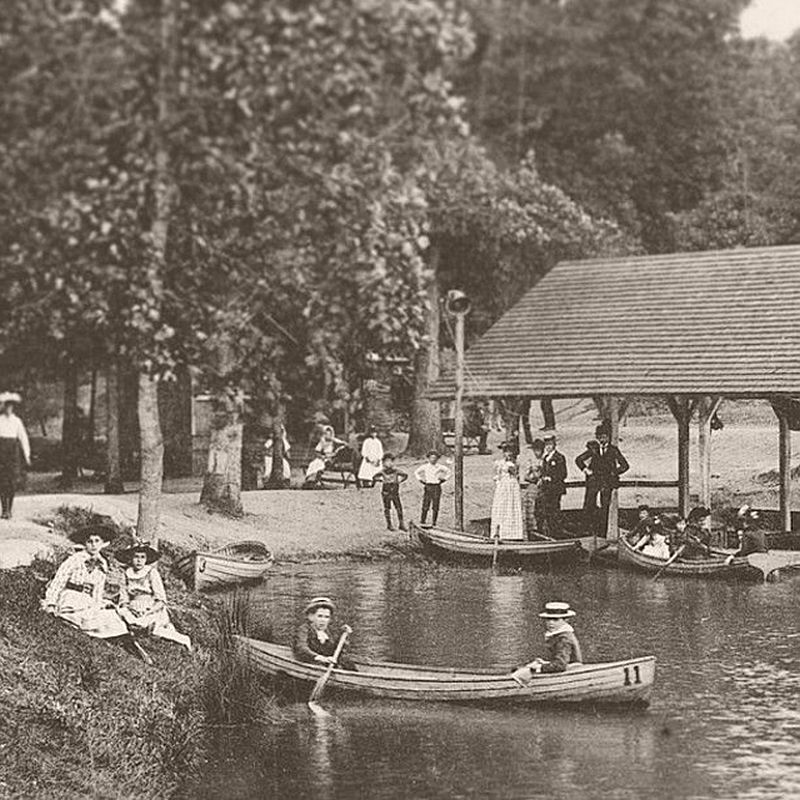 Paddling around Lake Abana in Atlanta’s Grant Park in 1895 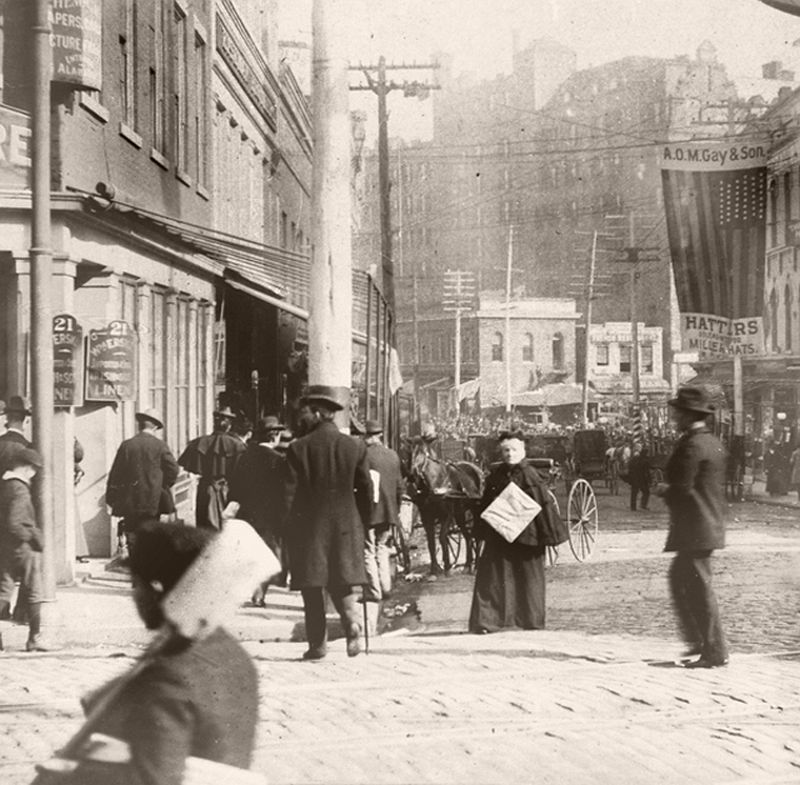 Peachtree (then Whitehall Street) looking toward Wall Street with the Kimball House looming in the background, ca. 1890s 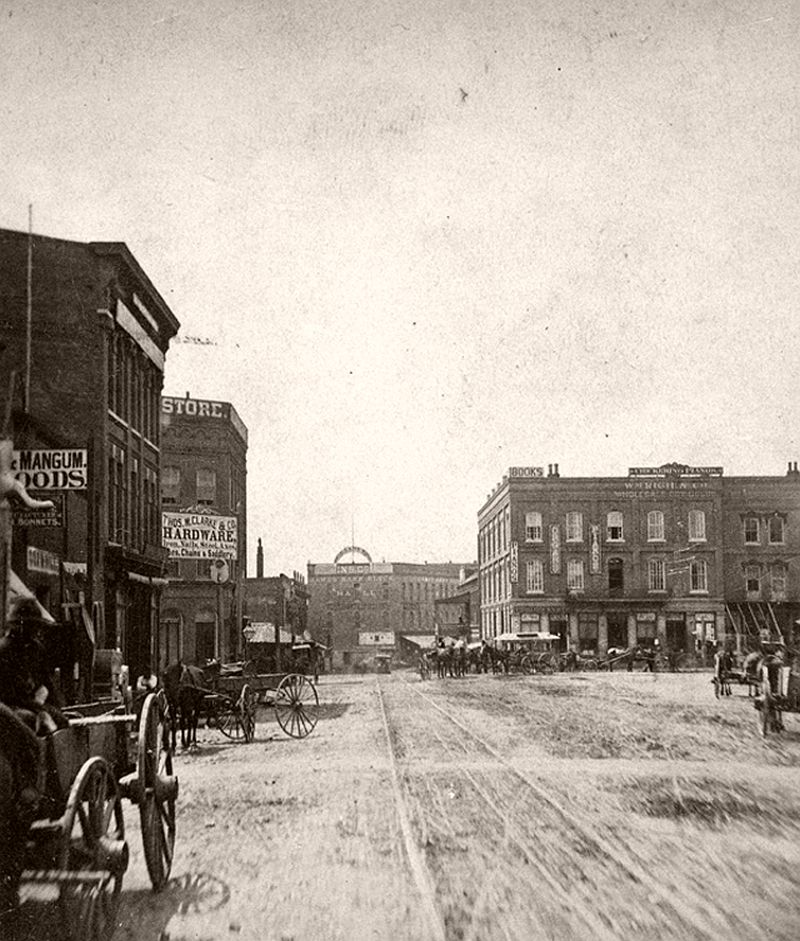 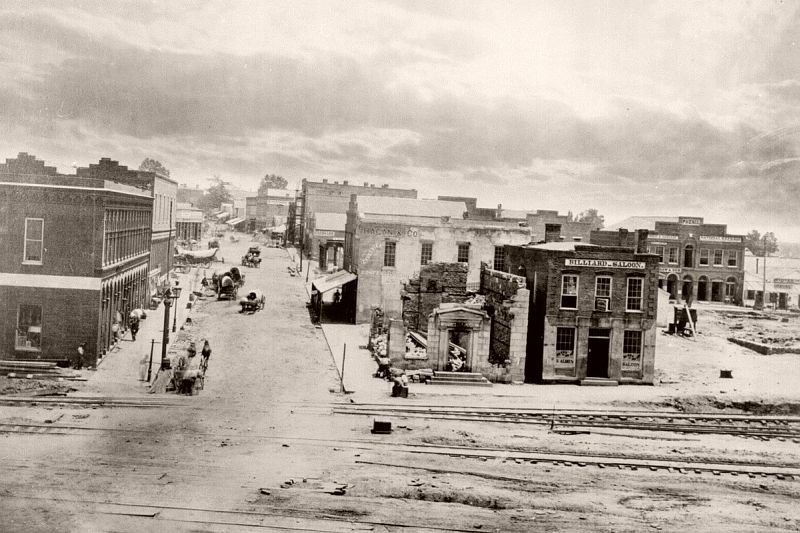 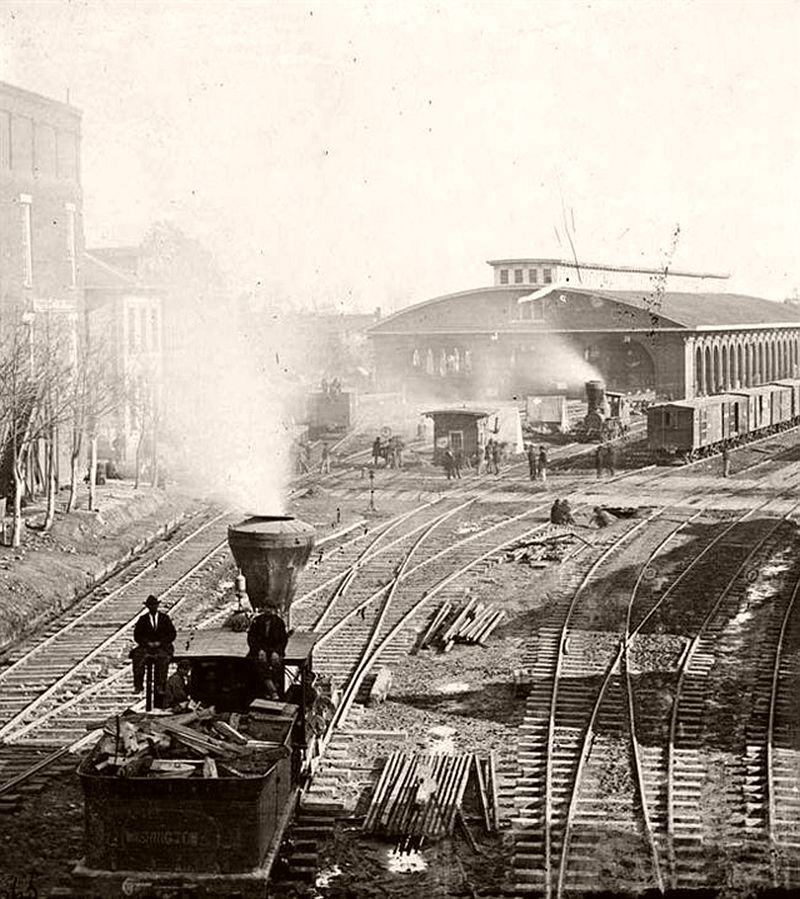 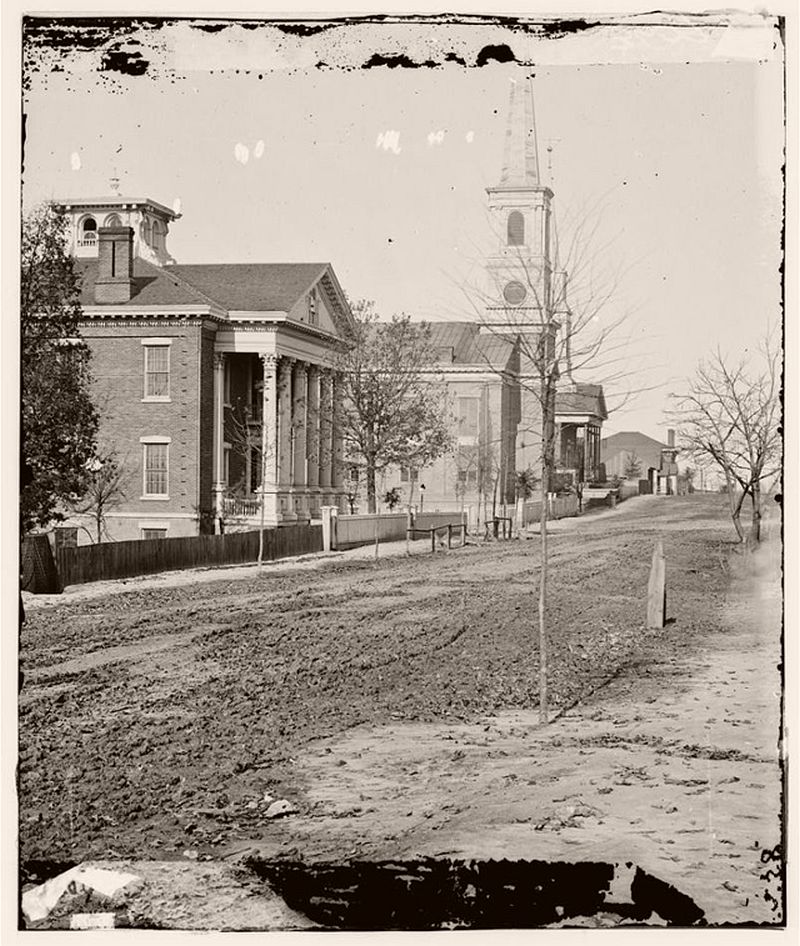 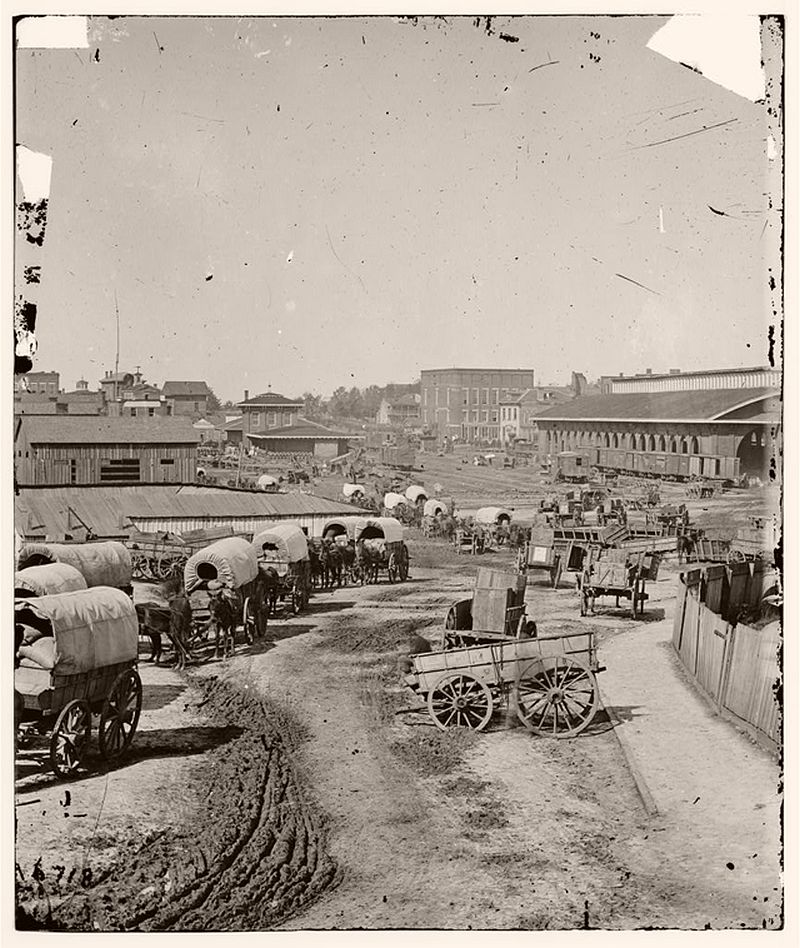 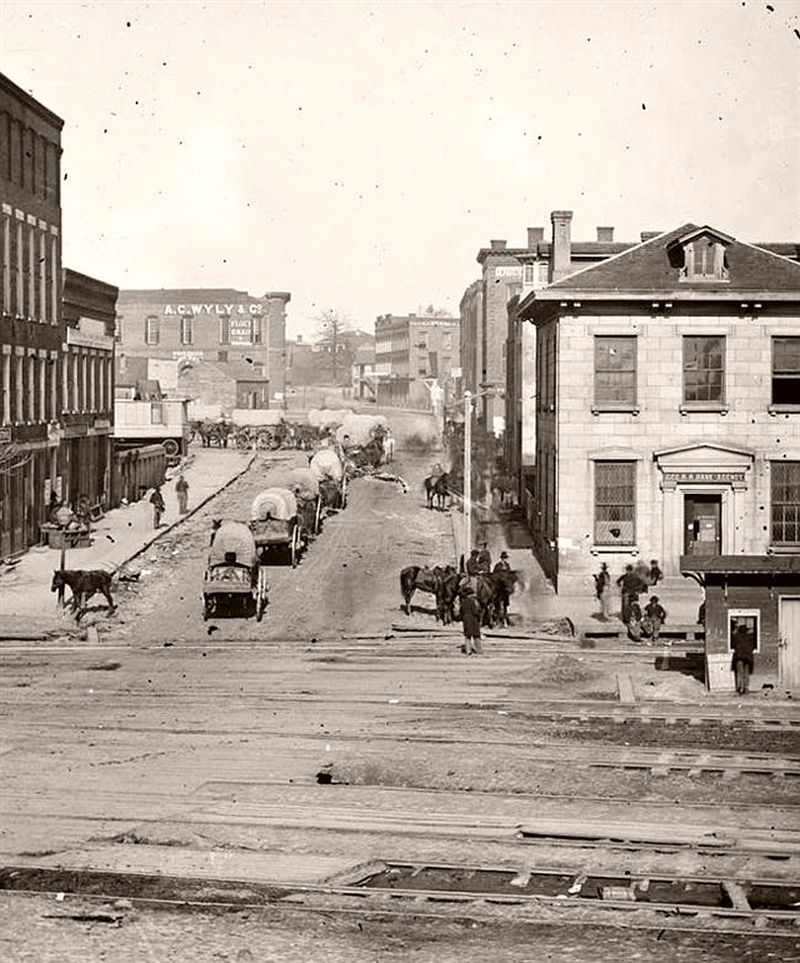 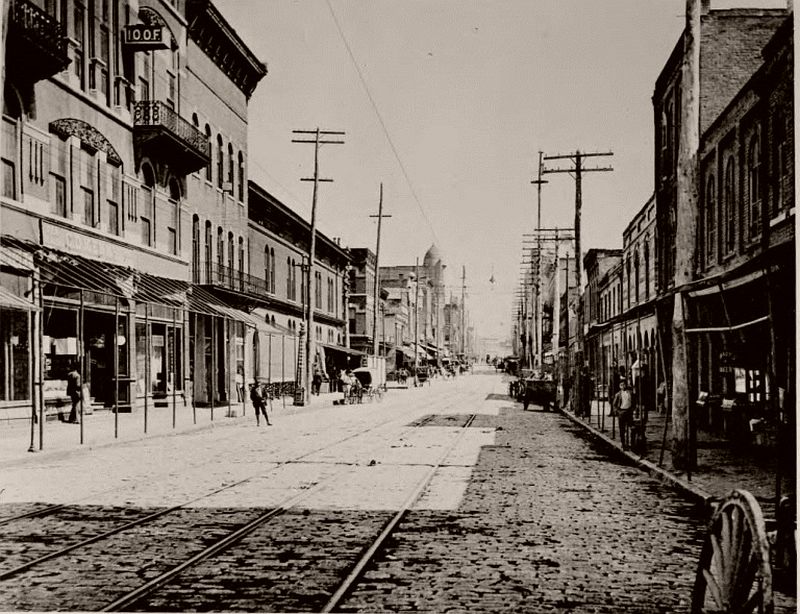 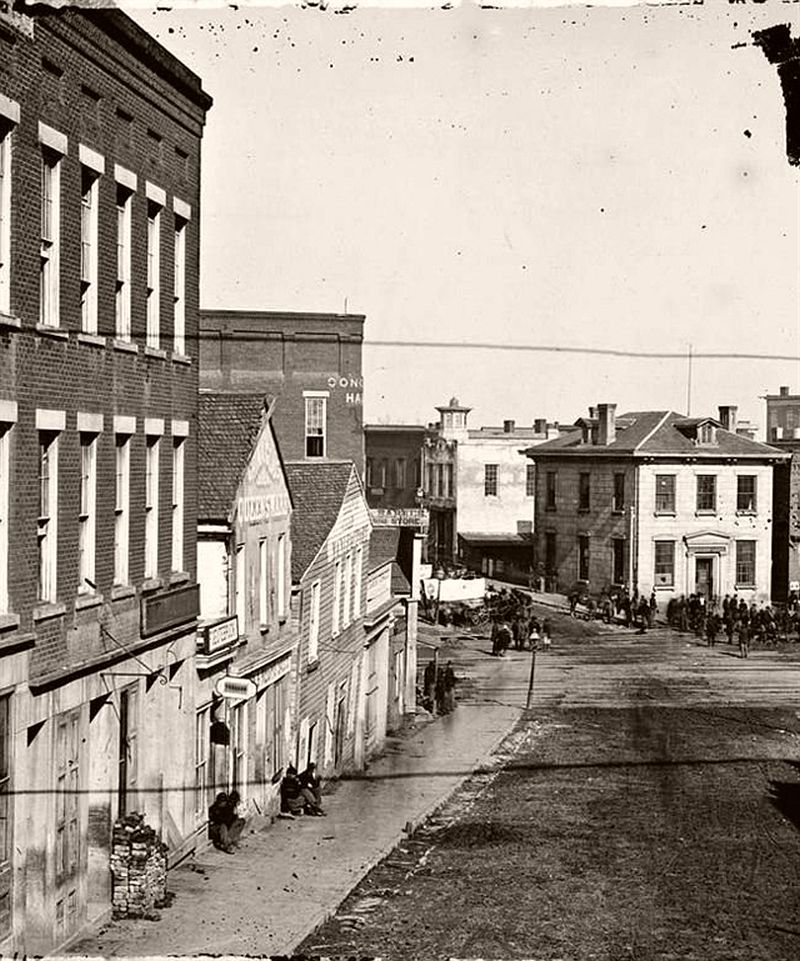