Once reliant upon Germany for its ornaments, toys, and even its Christmas customs, America became self-sufficient in the post-War years with Christmas ornaments and toys being manufactured in the United States that were considerably less expensive than their German counterparts. American Christmas customs and traditions such as visits to department store Santas and letter writing to Santa at the North Pole remained intact during America’s post-War years, but the era generated contributions that have endured to become traditions. 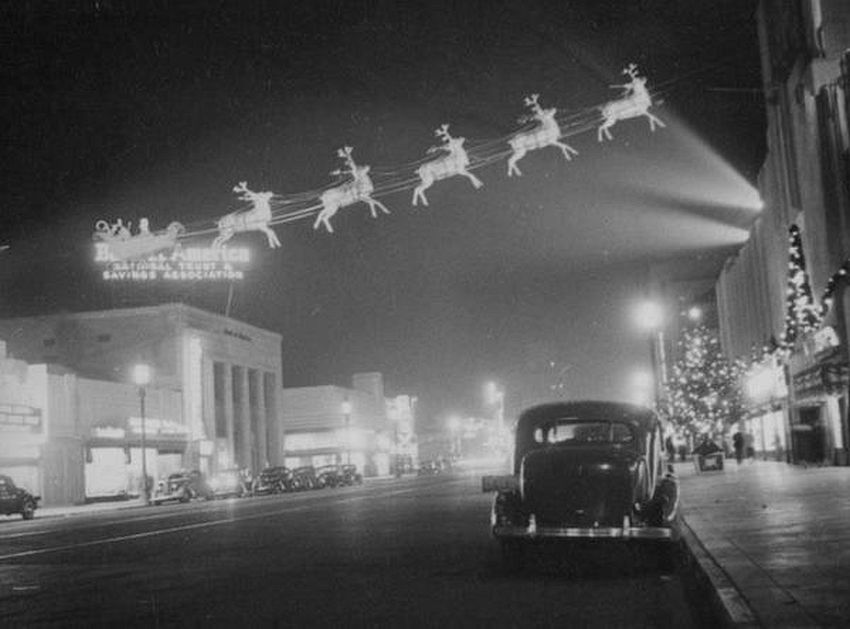 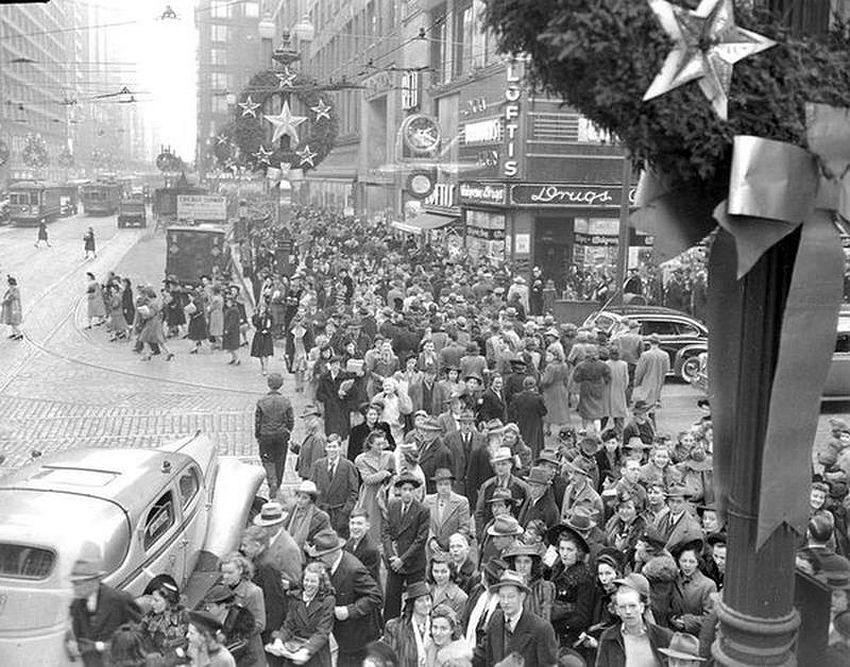 A big crowd in downtown Chicago in the early 1940s. 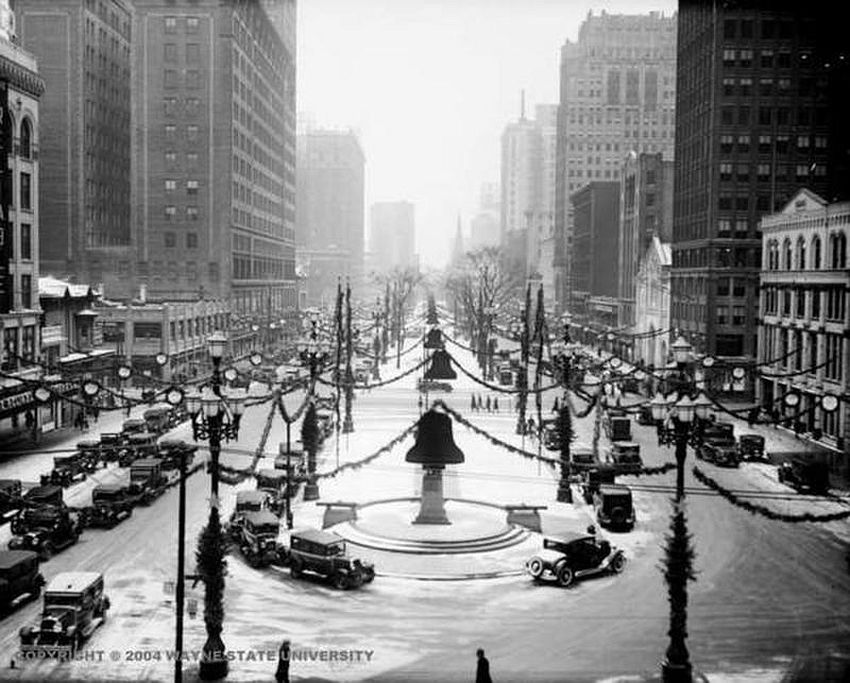 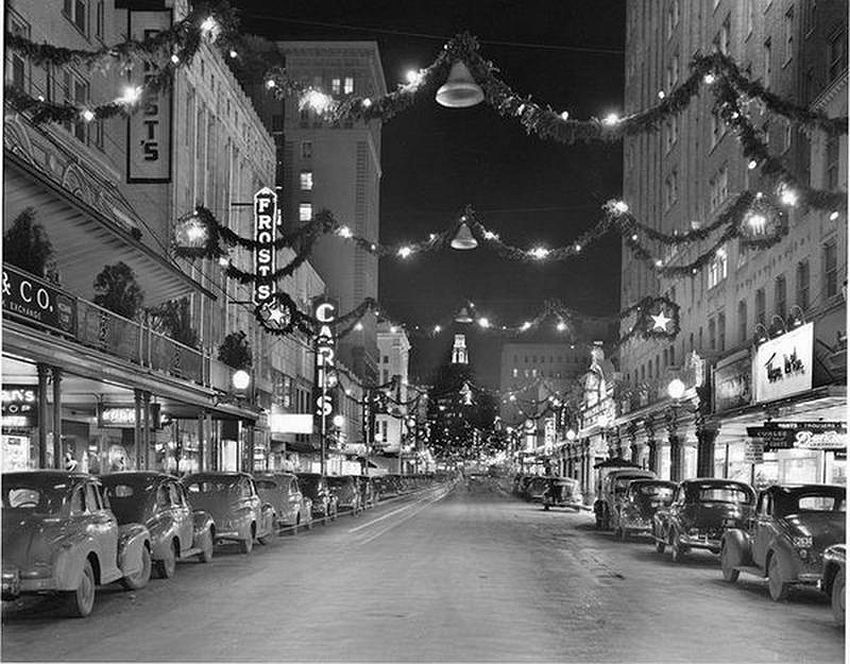 Downtown Houston in the late 1930s. 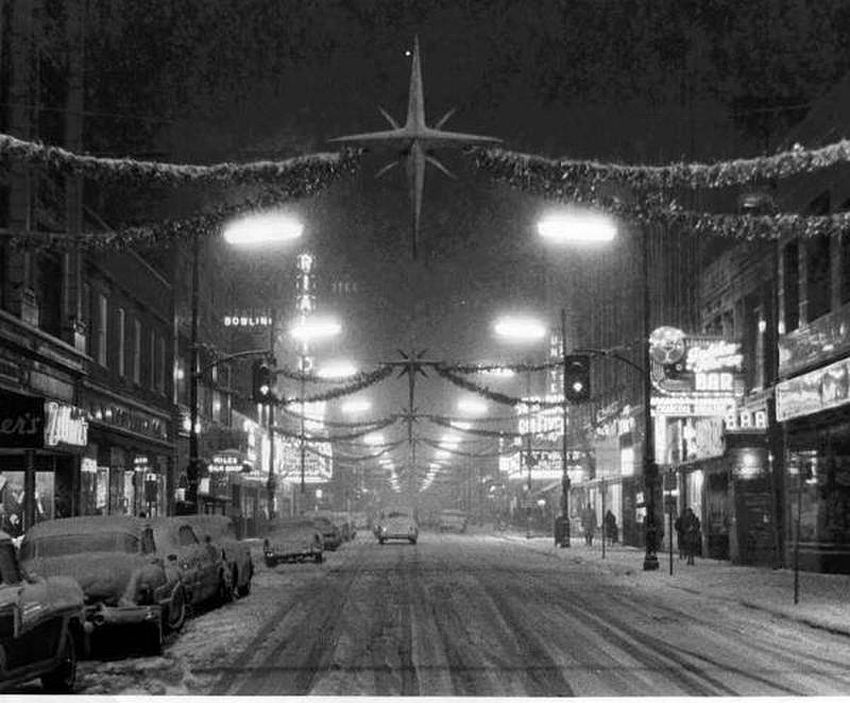 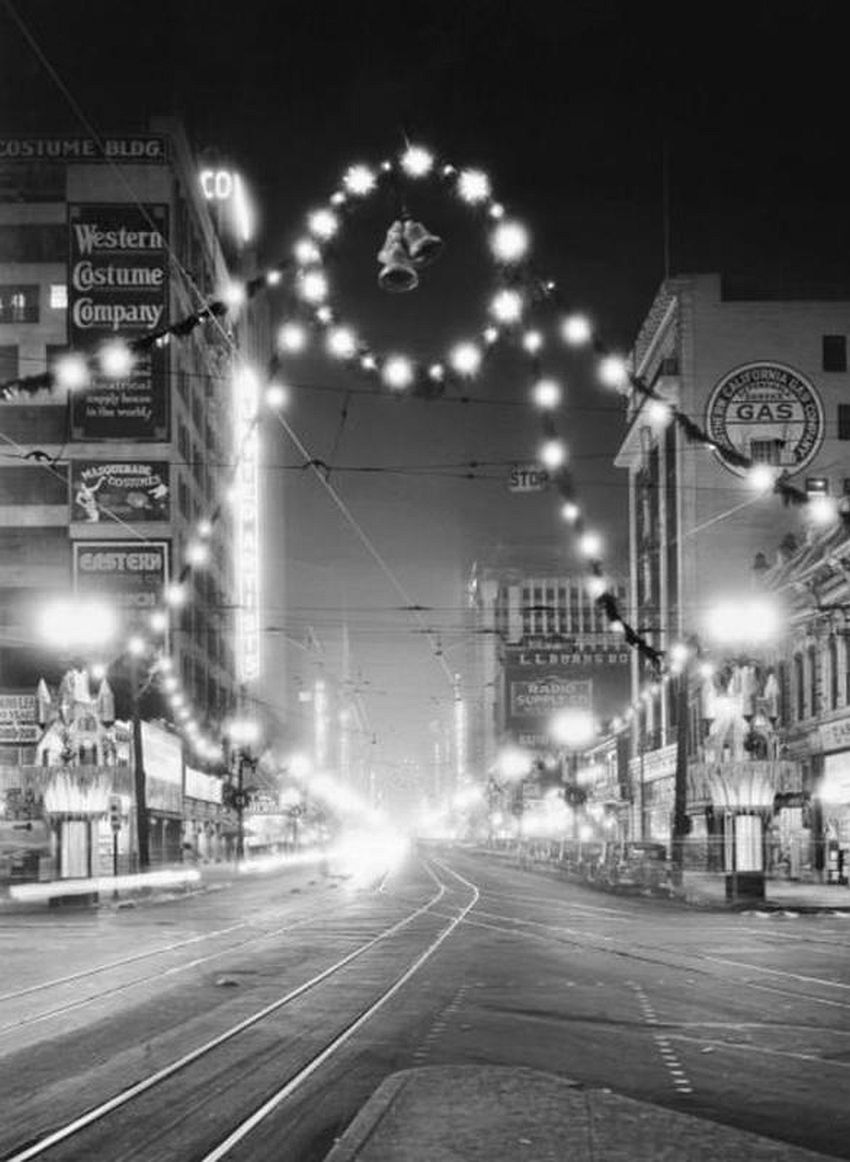 The quiet streets of Los Angeles in December, 1928. 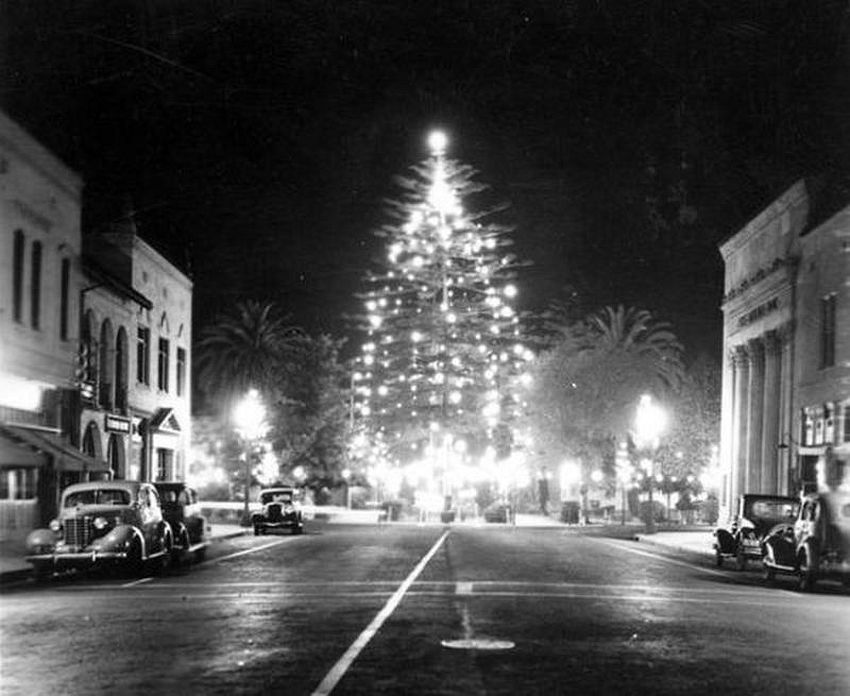 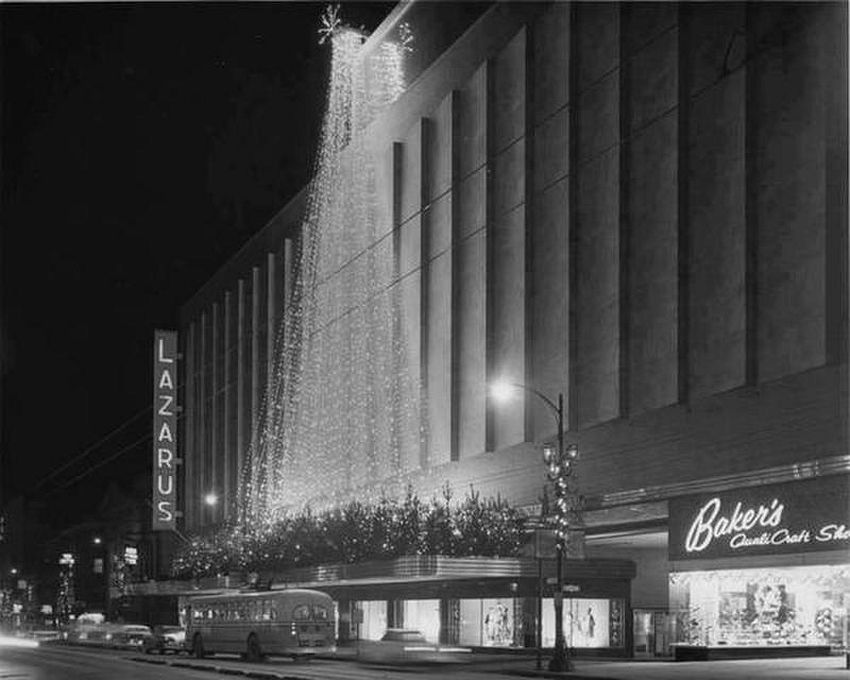 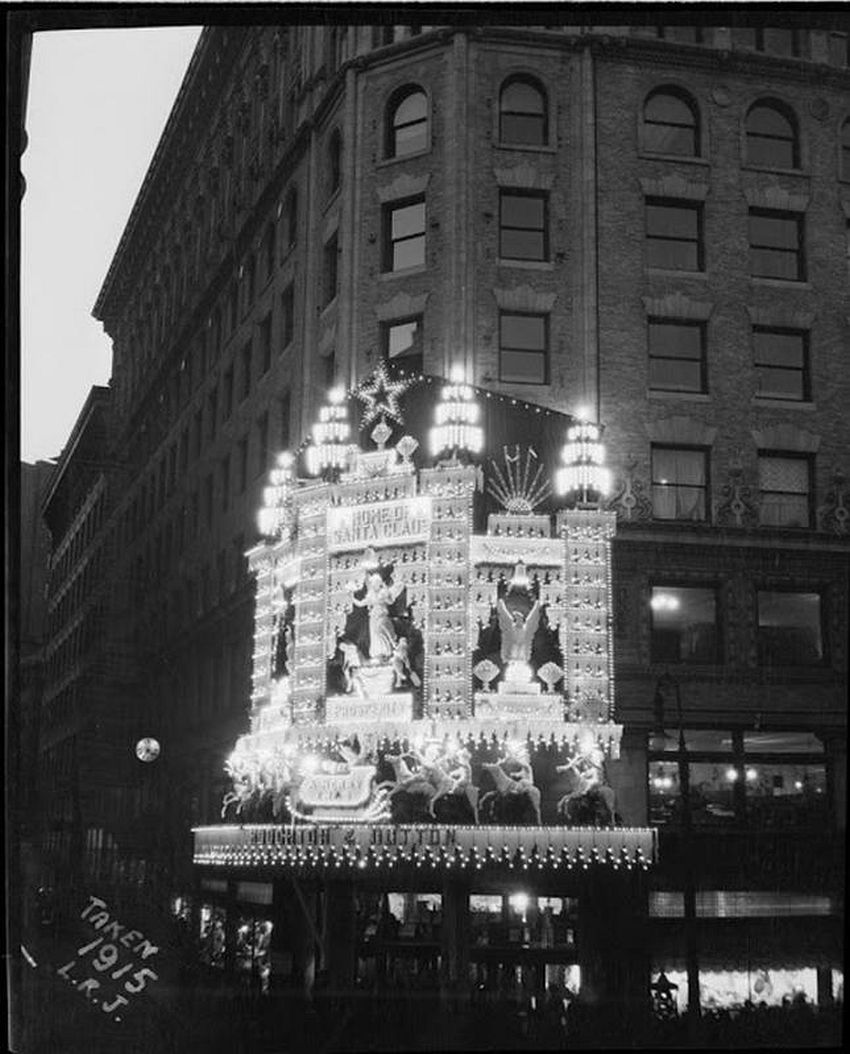 A view of the amazing Houghton & Dutton department store display in downtown Boston, 1915. 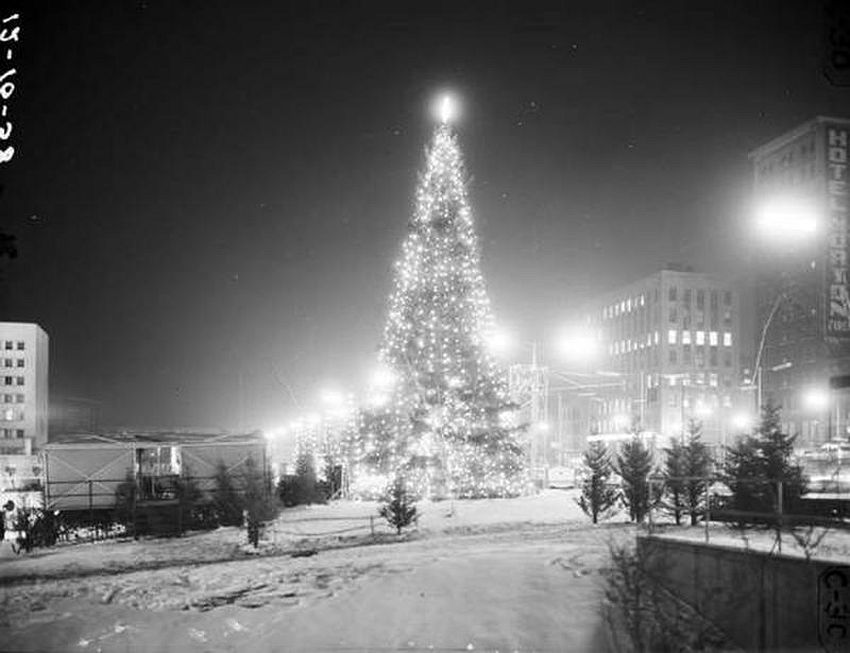 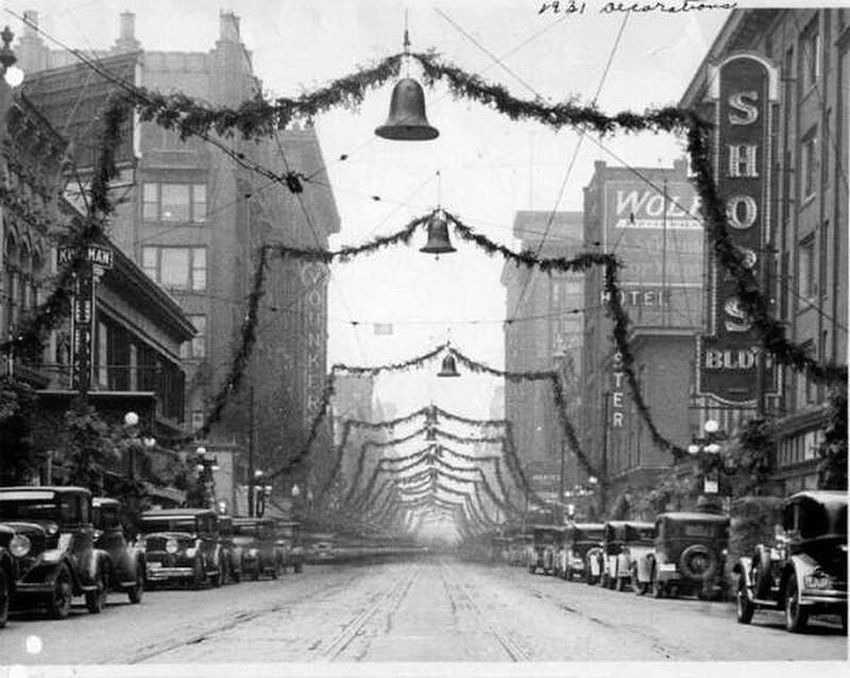 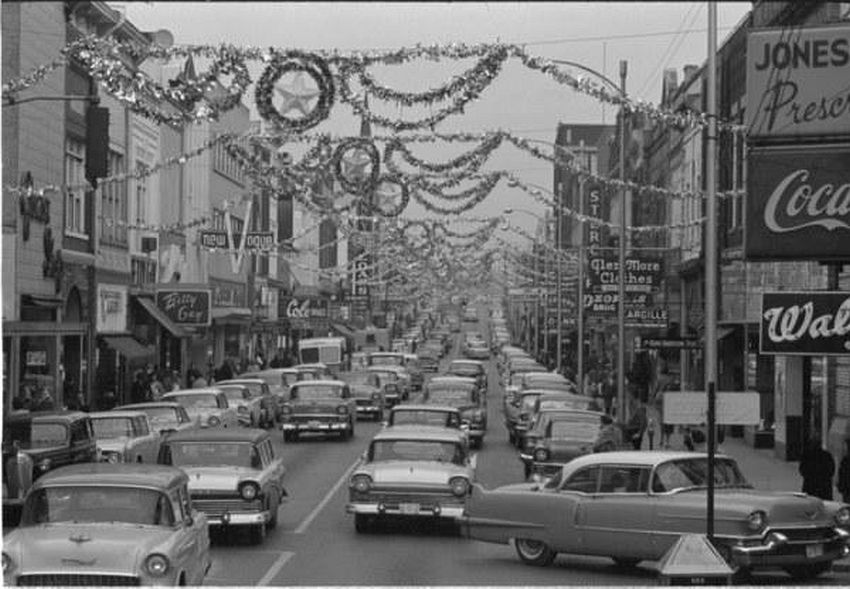 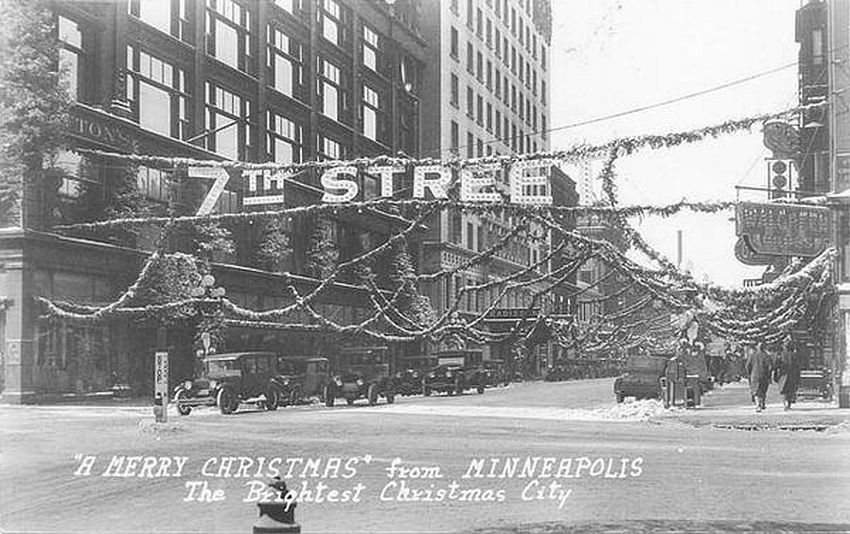 The city of Minneapolis, early 1920s.