The Death Valley Automobile Trip photograph album containing 76 prints appears to be the record of a sightseeing trip made from Los Angeles to Death Valley in 1926.

A written record–in the form of diary entries–is also included and consists of a series of detailed captions describing the landscape, landmarks, and individuals encountered in Death Valley. Neither the diarist nor the photographer is identified.

The photos and captions offer tantalizing but limited clues to an adventure we can only imagine; a risky mixture of moxie, foolishness and technology that only the first decades of the 20th century could meld. They chronicle a 10-day camping and sightseeing vacation, presumably round trip from Los Angeles to Death Valley, aboard a trio of early 1920s Ford Model Ts: two Touring Cars and a Runabout/Pickup. The photos are dated January 8-17, 1926. 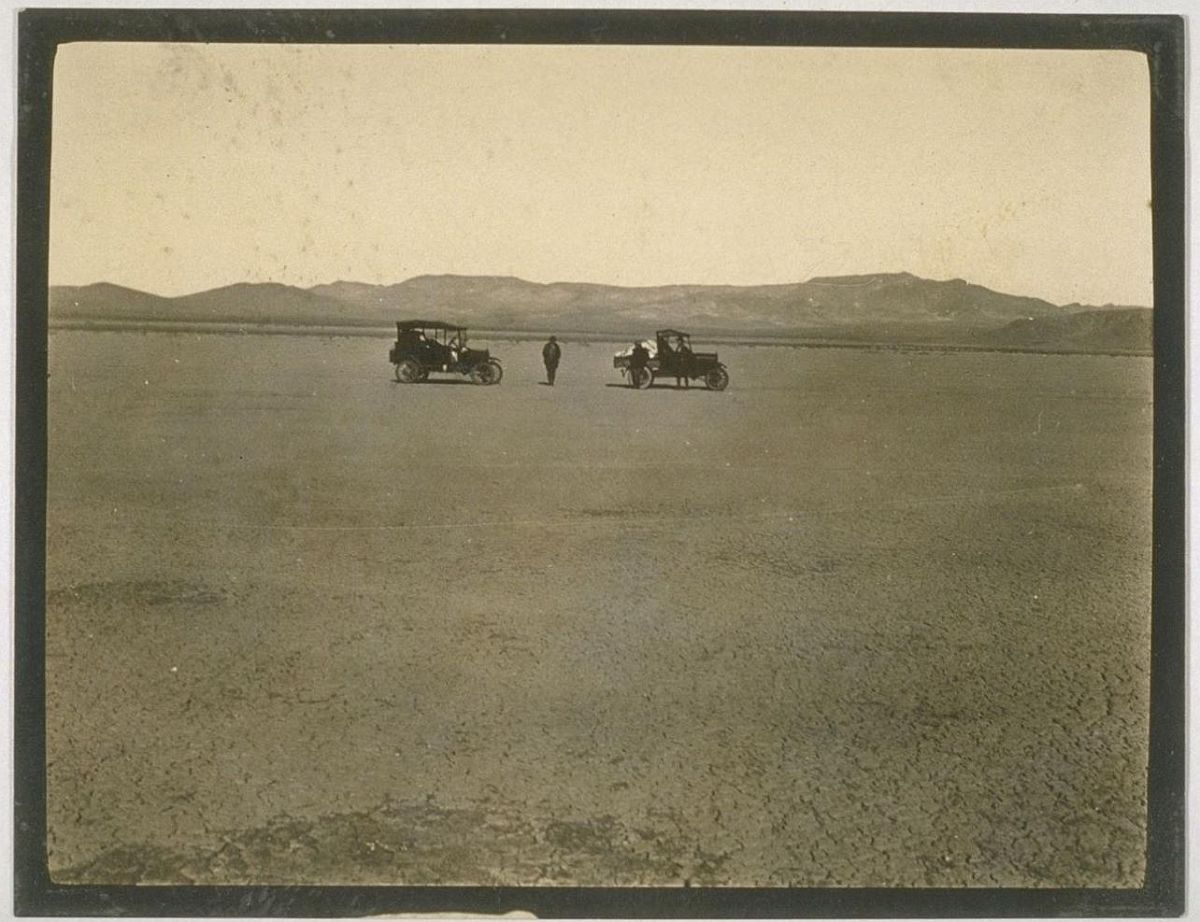 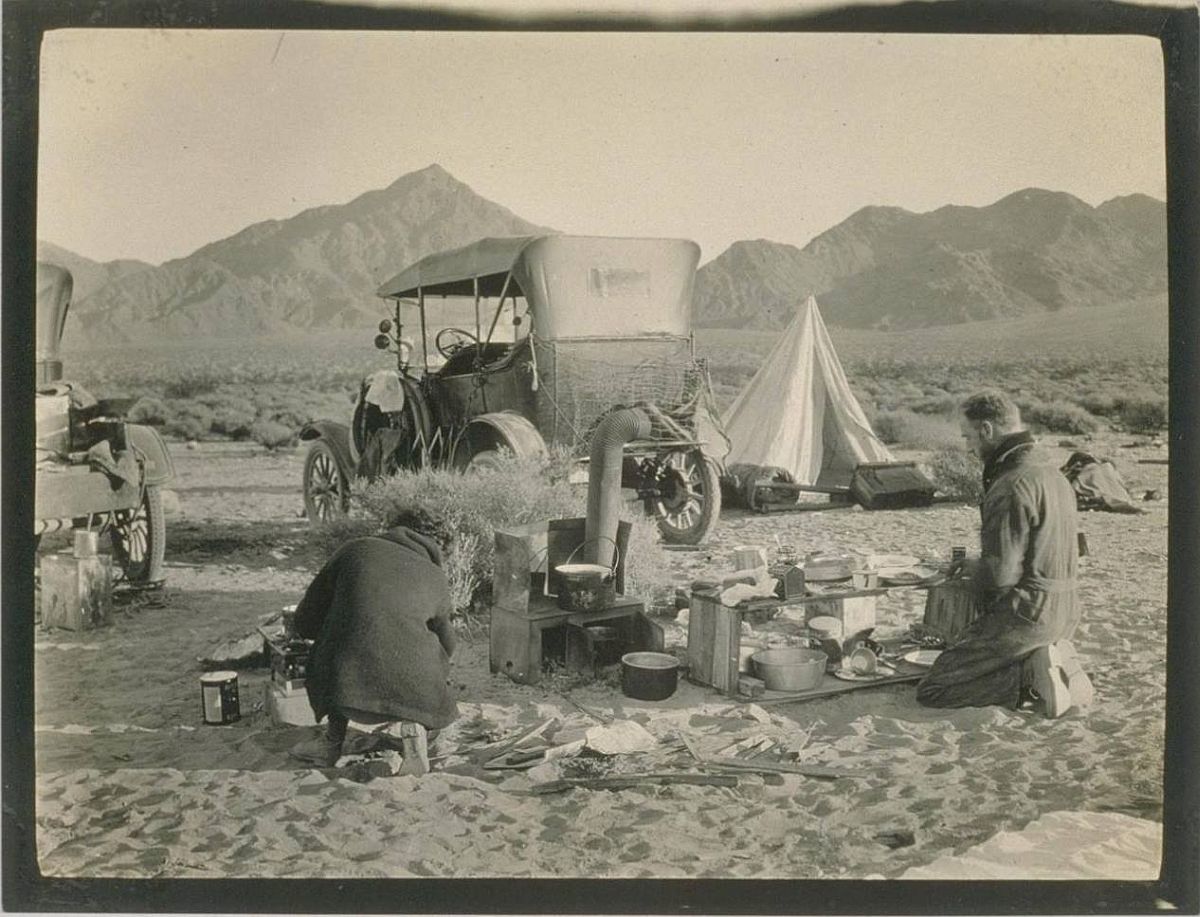 A camp site on the desert. 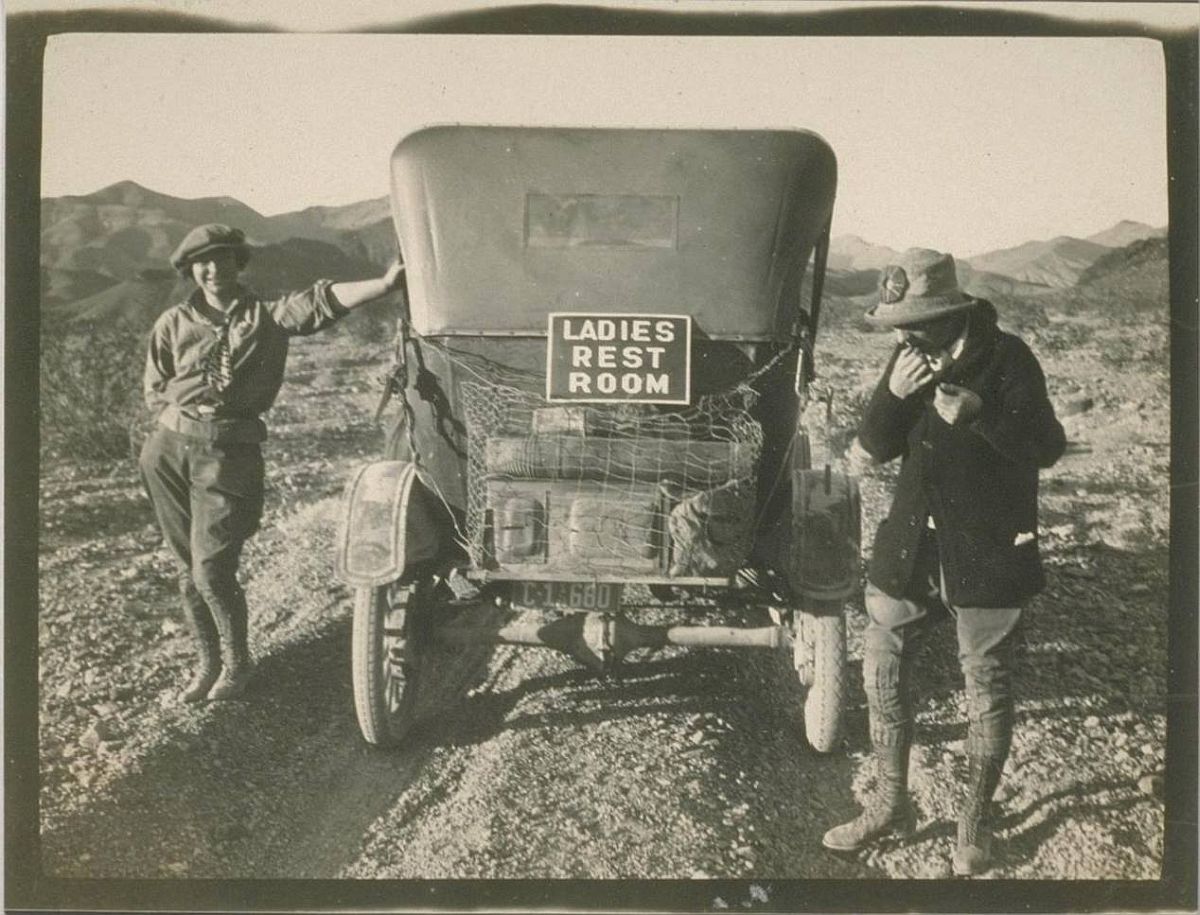 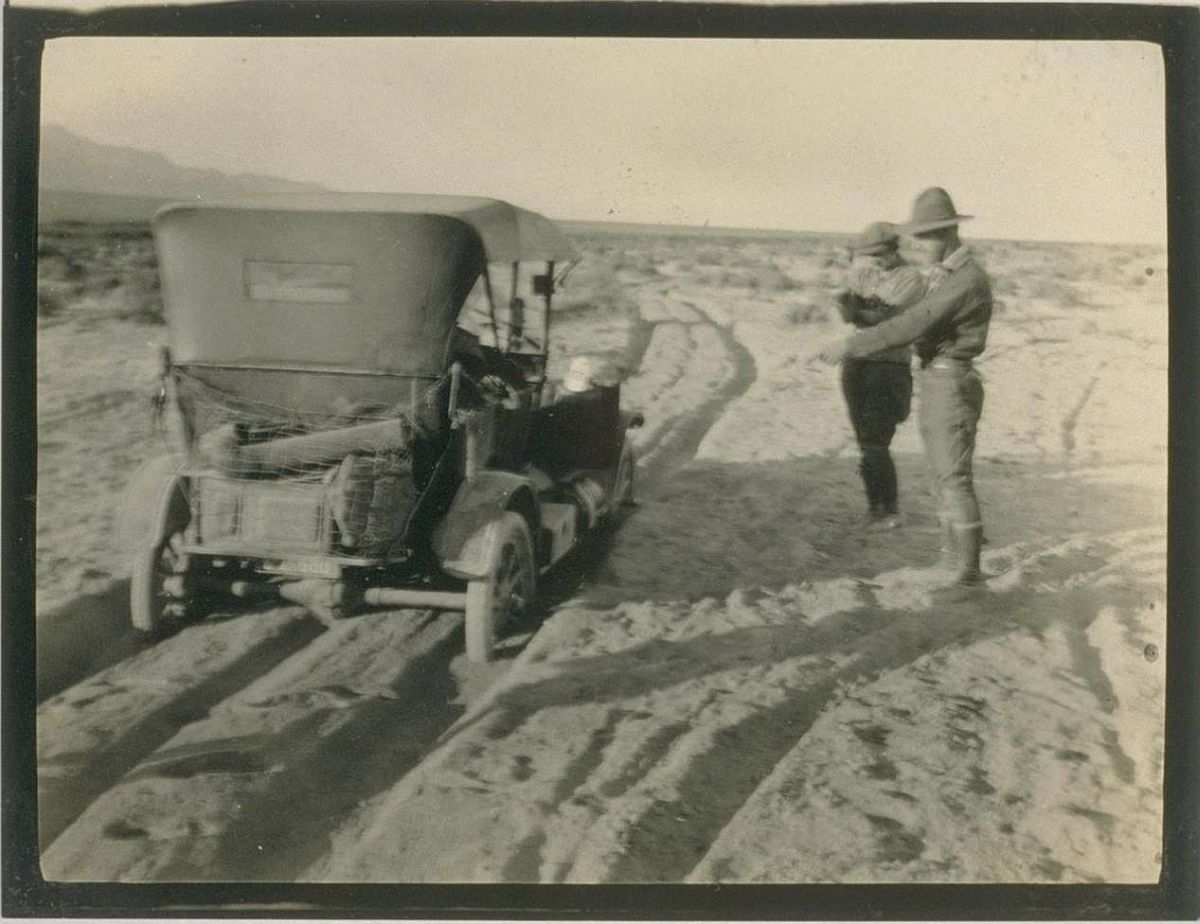 Dust so deep here that the fliverer almost sank out of sight. 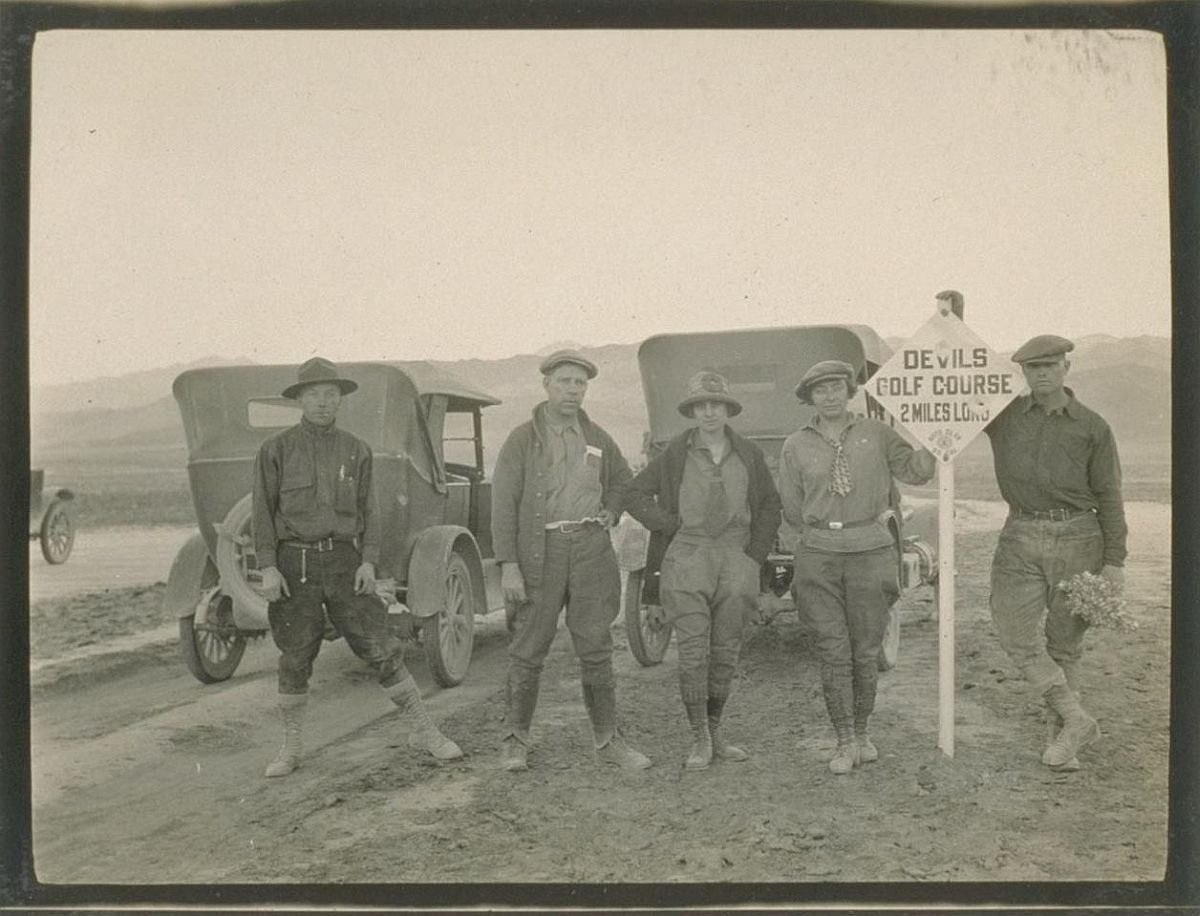 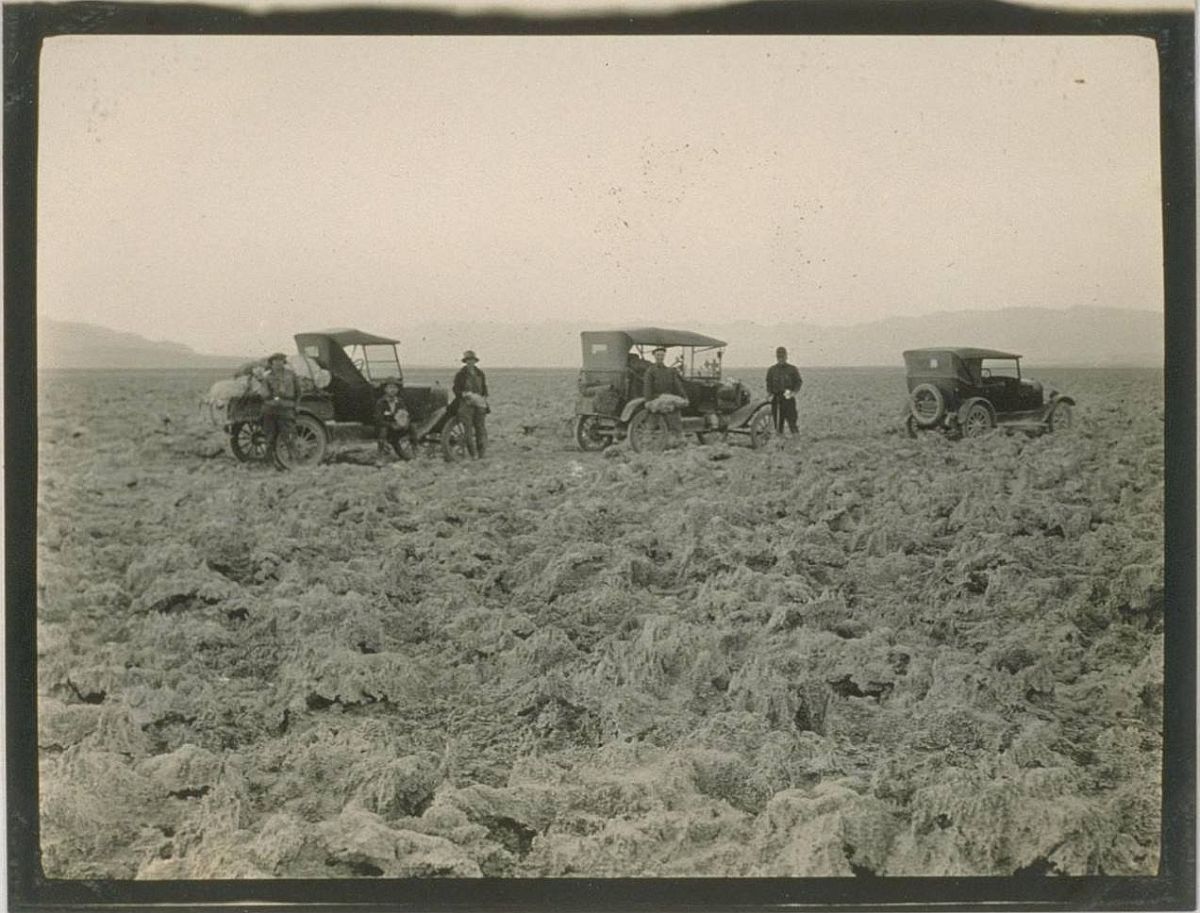 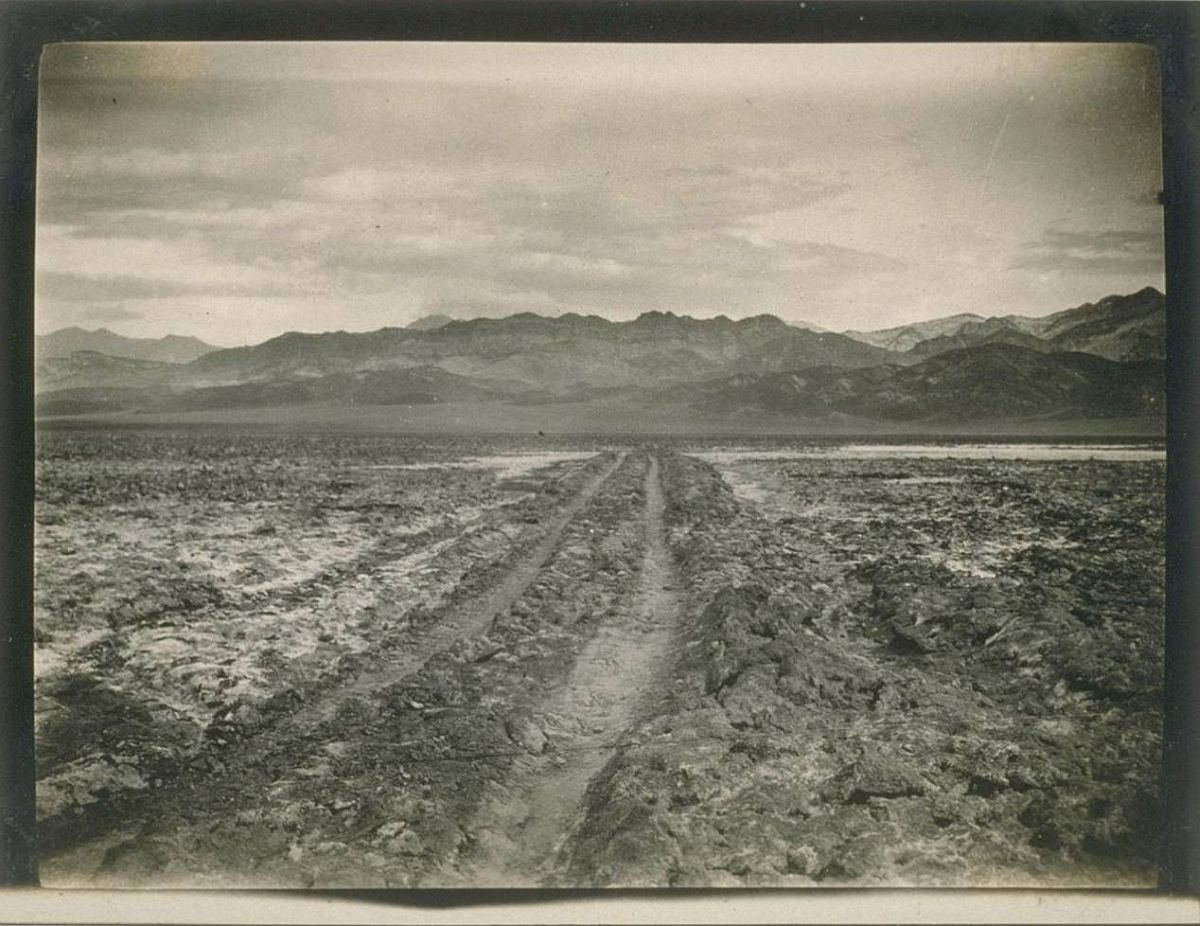 The road at the entrance of the Devils Golf Course. 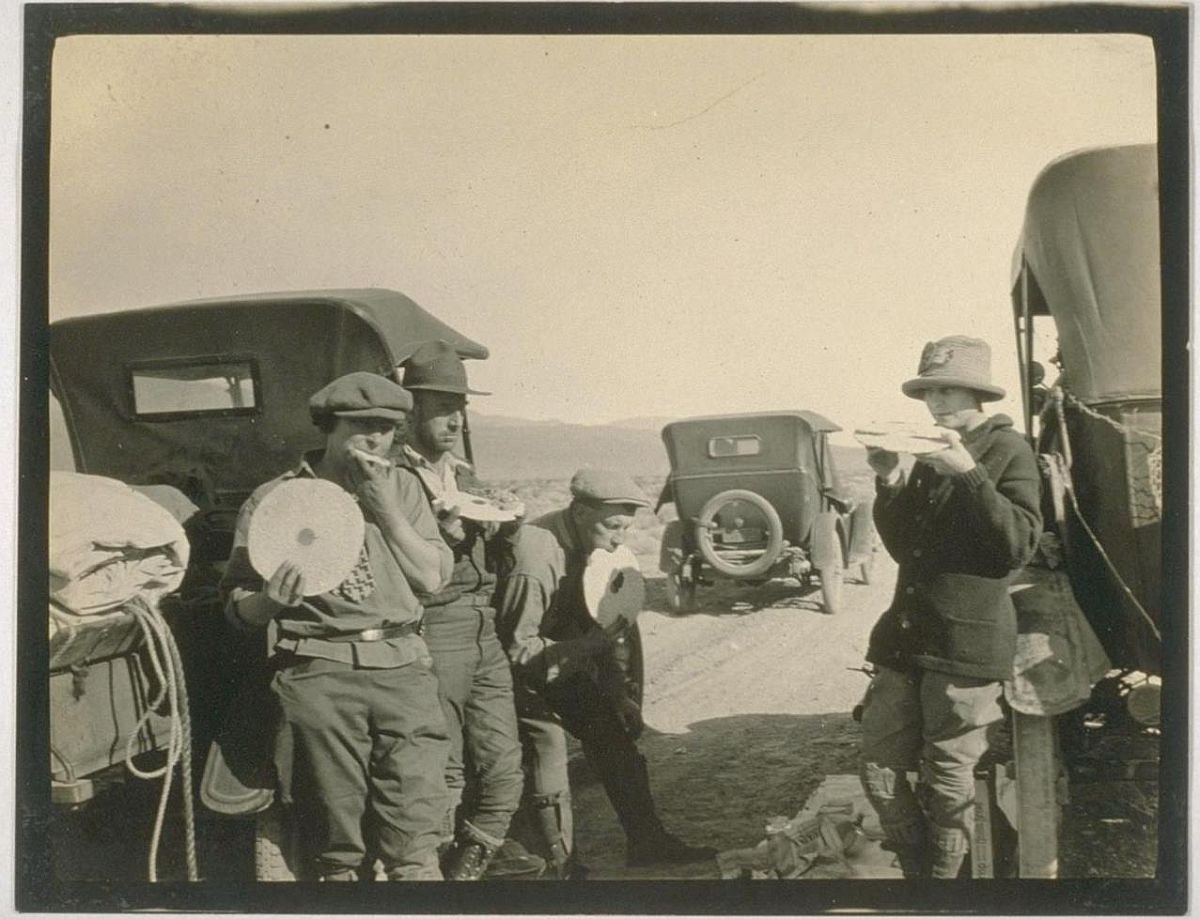 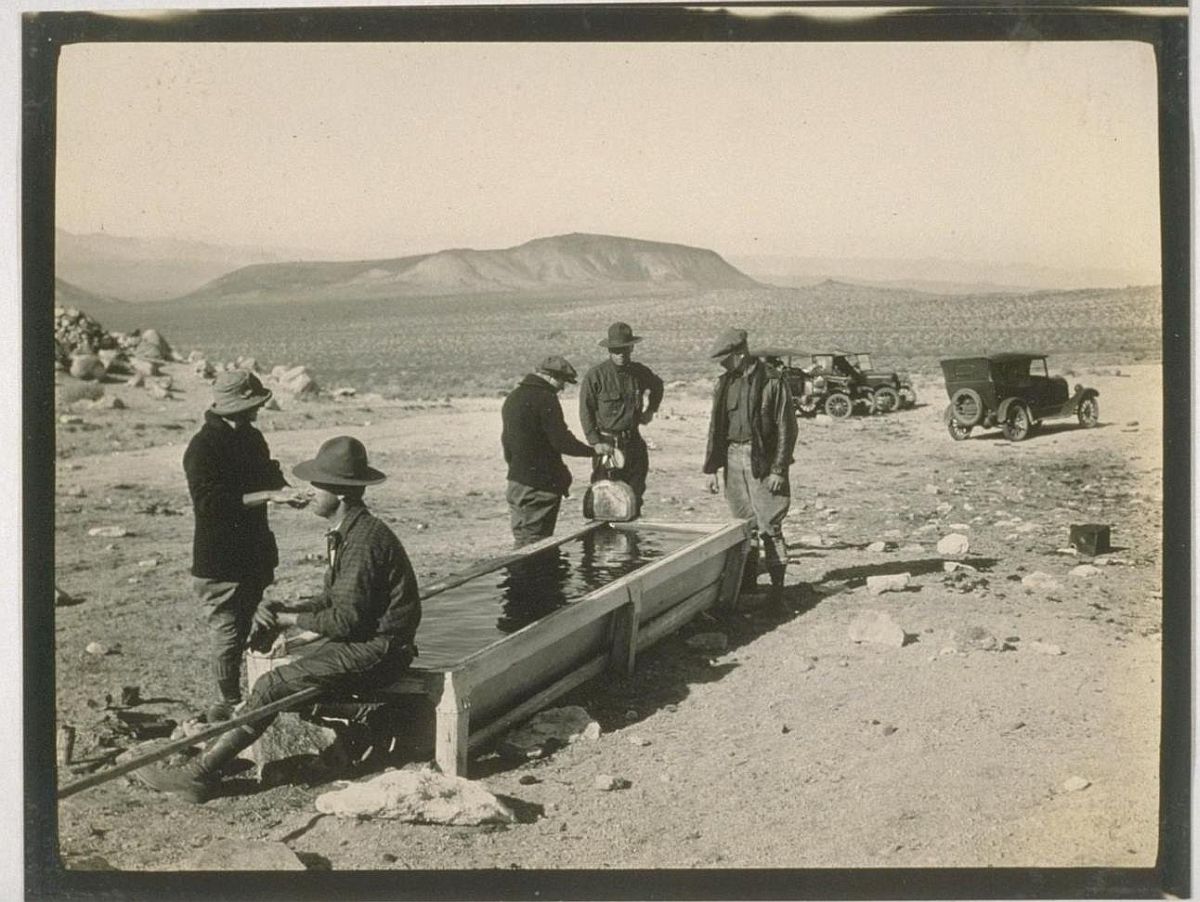 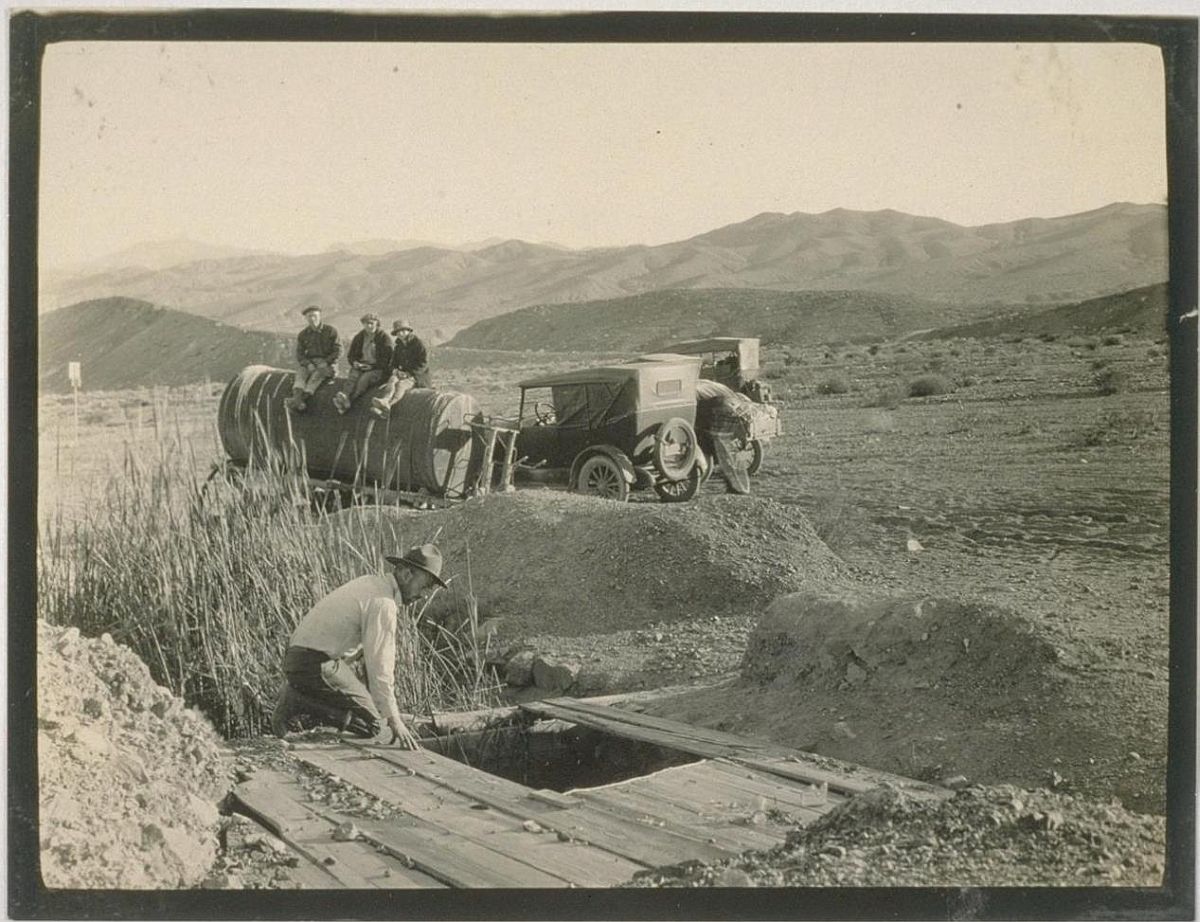 We arrive at Owl Springs, here an abandoned water wagon was found the front wheels sunk in sand, the rear ones almost all cut away by desert wanderers for fire wood; Owl Springs — one of the water holes of the twenty mule team borax days. 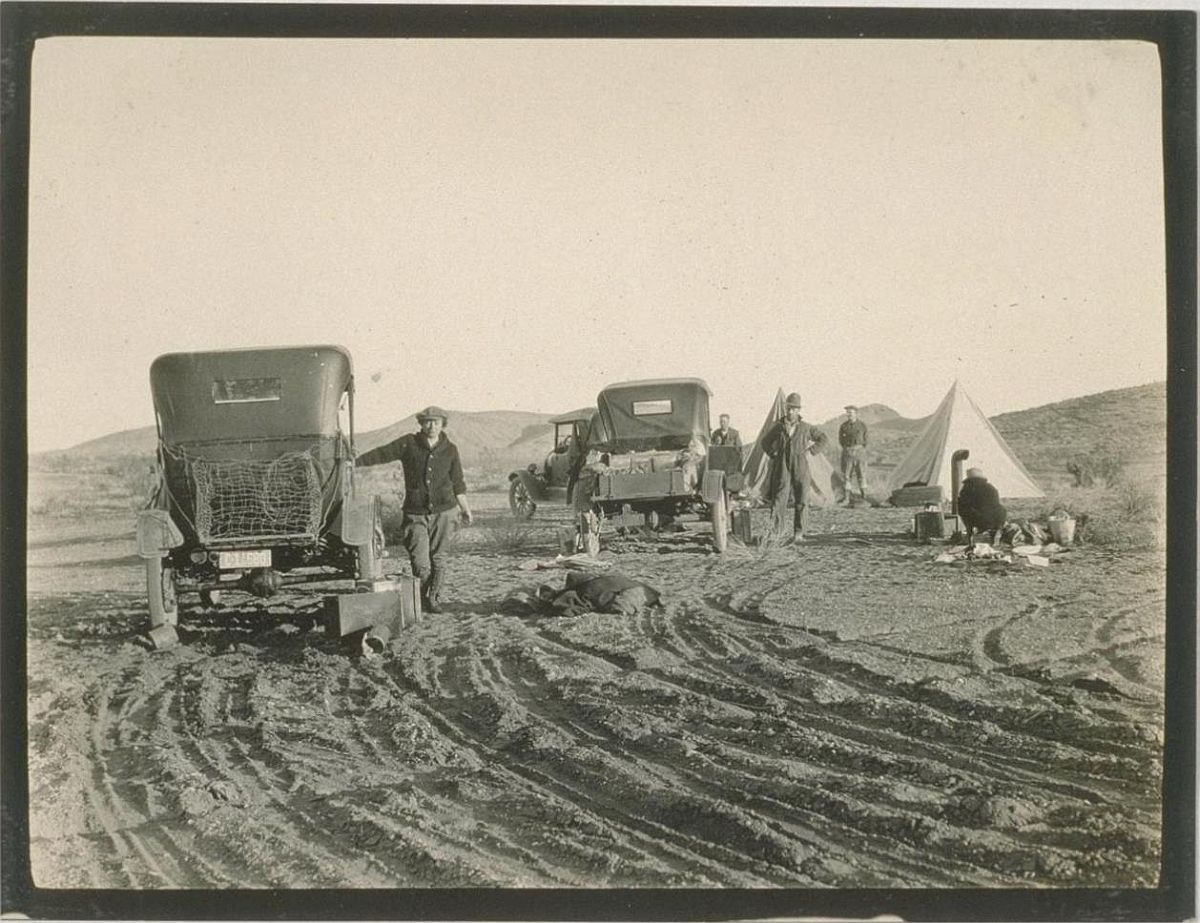 We select a camp site. 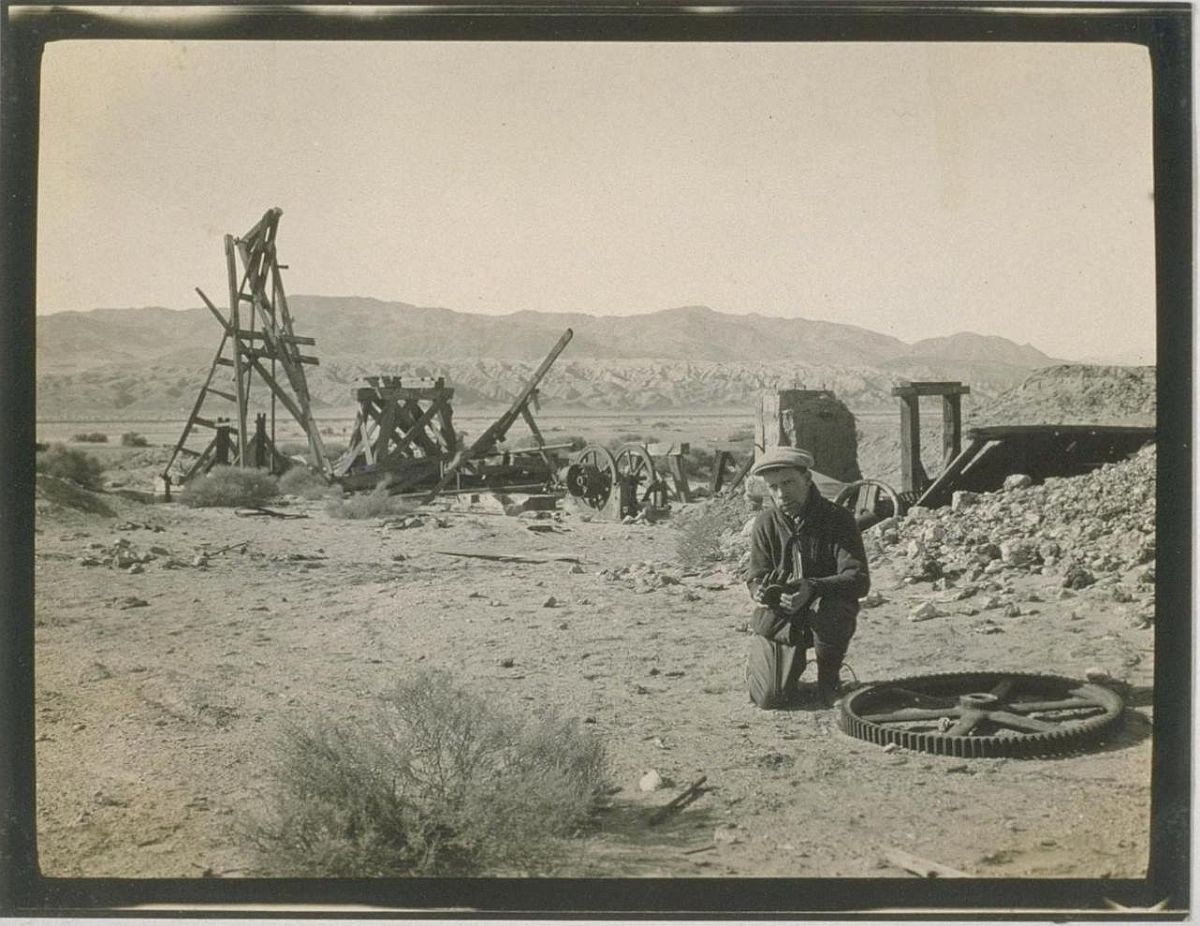