South Water Street was the city’s primary wholesale produce market until it was relocated in 1925 for the construction of Wacker Drive. Jammed all day long with oxcarts, wagons and horse-drawn carriages and weather-beaten men with rough hands and stained aprons and filled with the din of a cryptic language that few outsiders understood, the area, about 8 to 10 blocks long, was a focal point of the city`s commercial life. “The street is about half a mile in length and is at all hours a most interesting and picturesque pandemonium,” noted one contemporary observer. 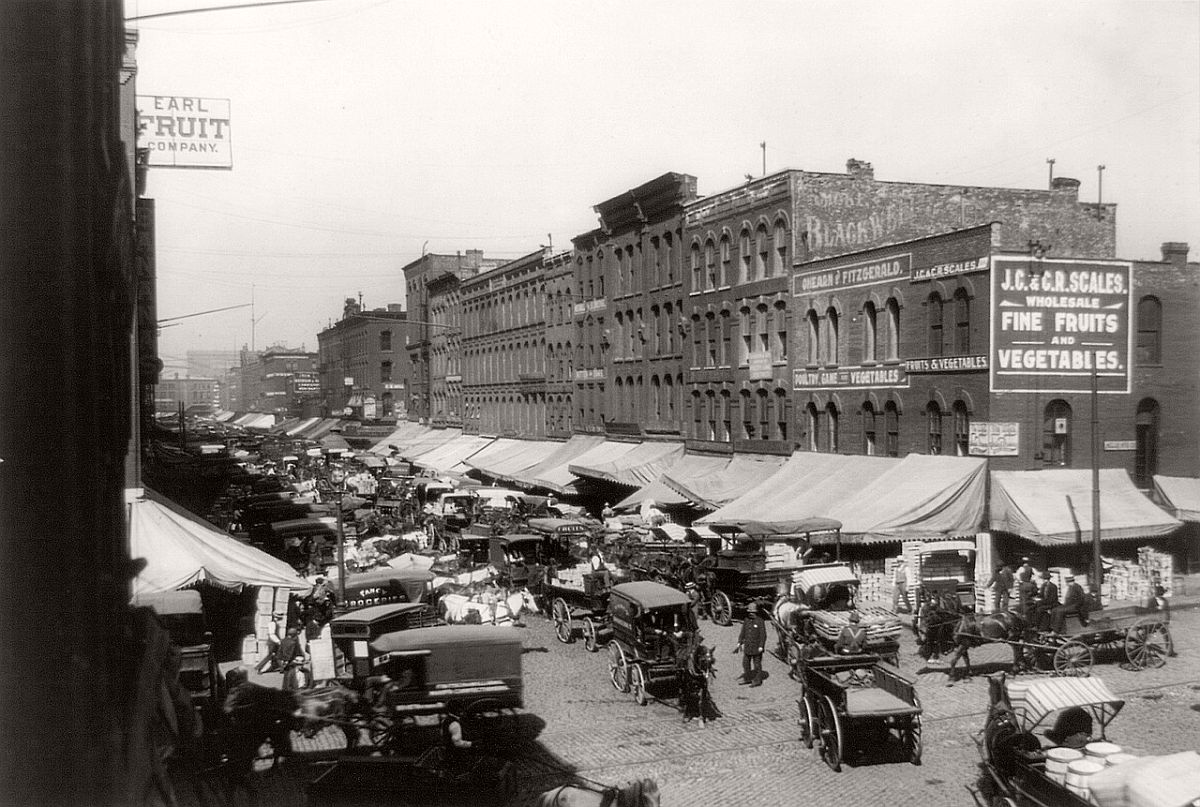 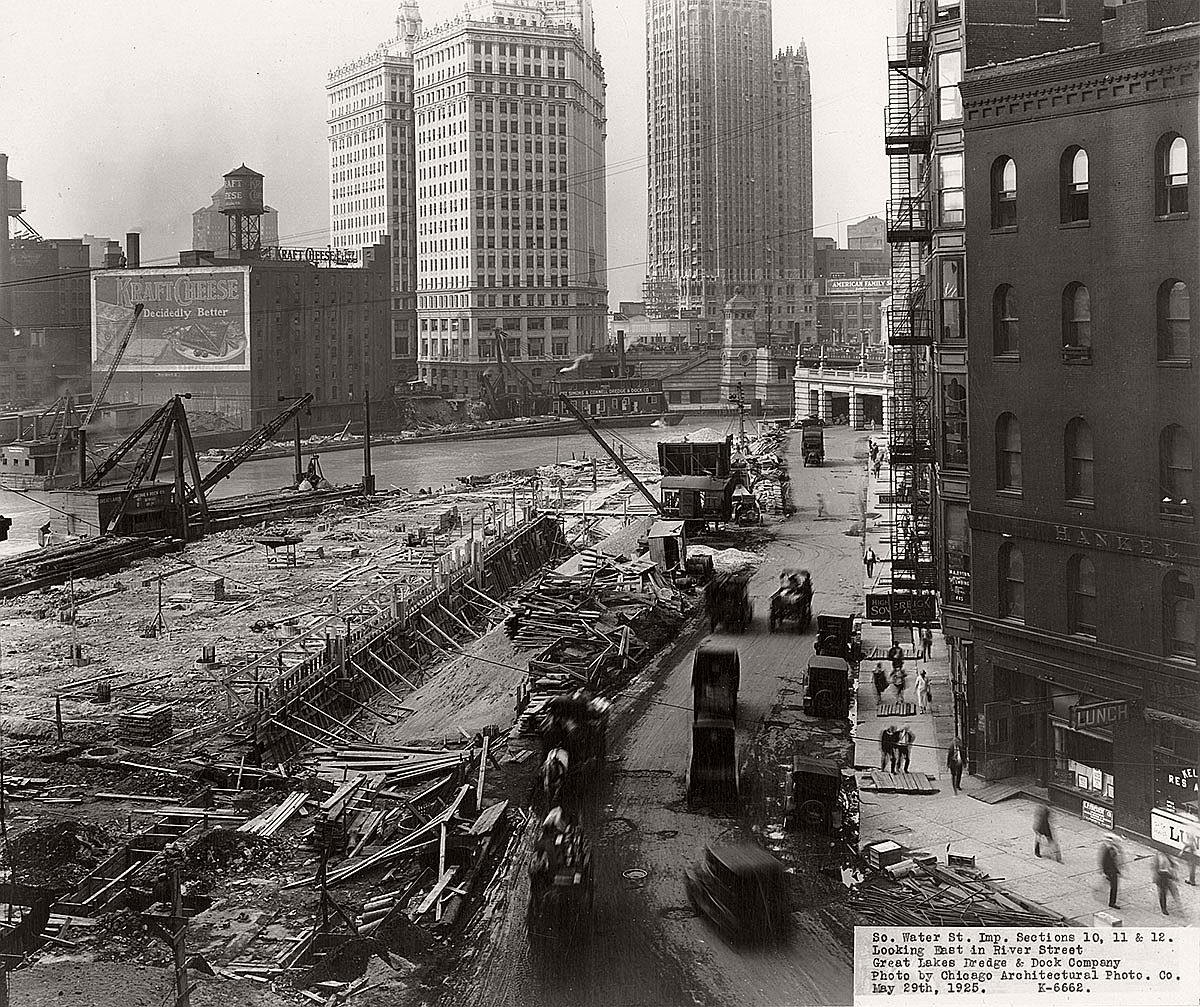 By 1925, the project was in full swing. The Wrigley Building and newly constructed Tribune Tower can be seen to the northeast. 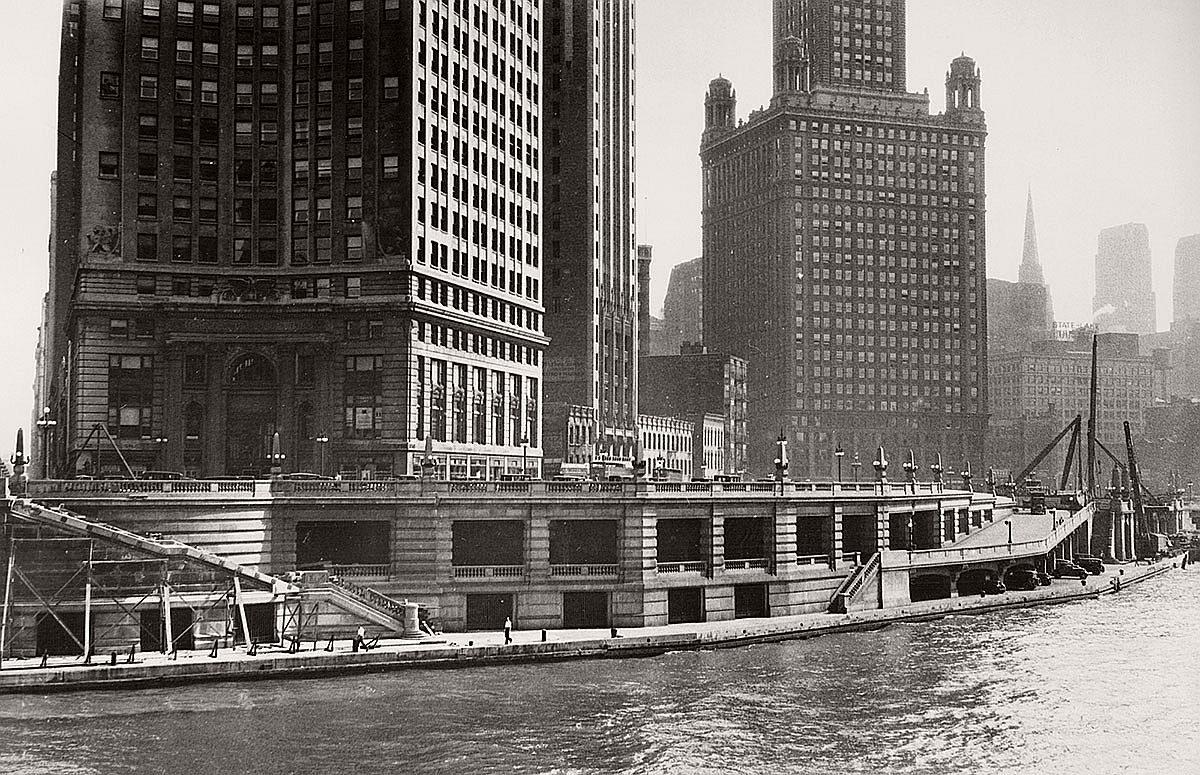 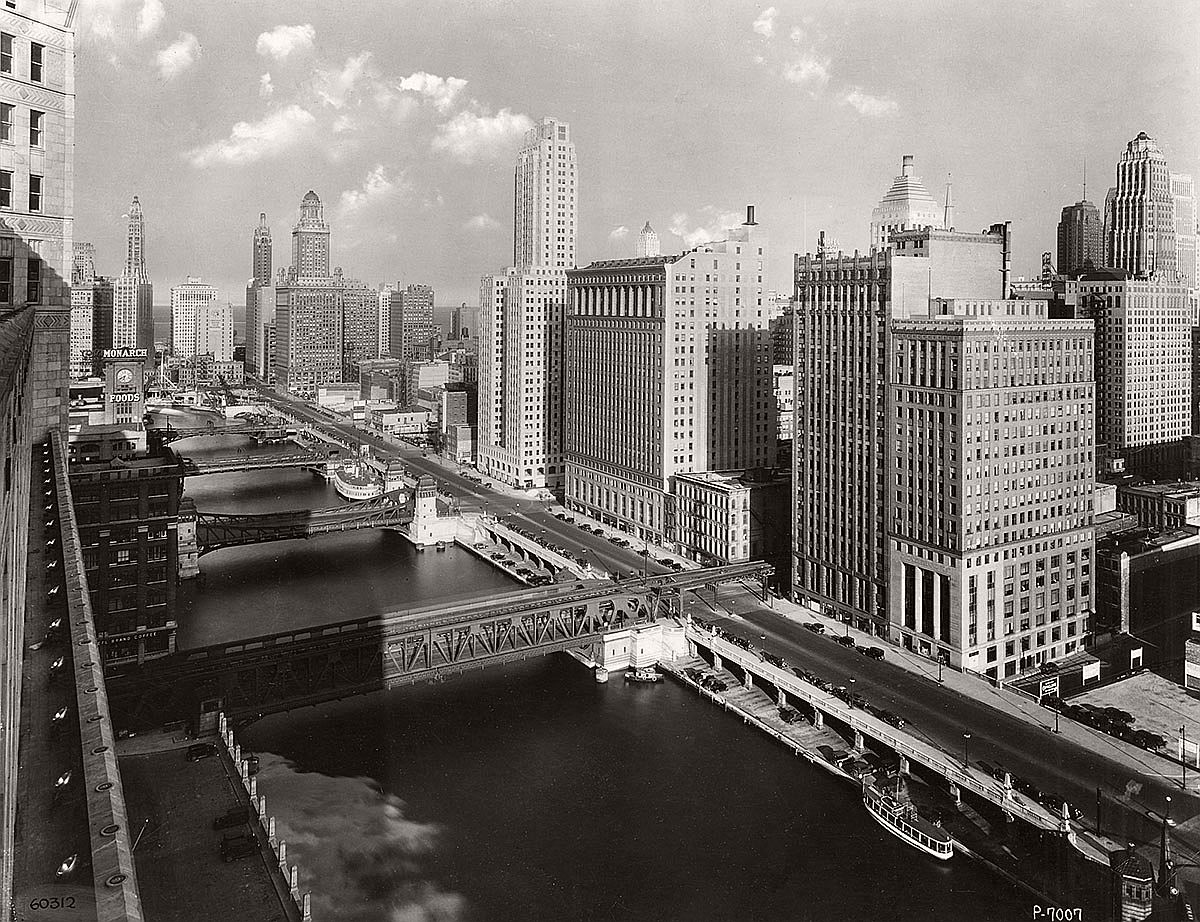 The completed Wacker Drive, viewed from the northwest. The hustle and bustle, mess and energy of the Water Street Market are hard to imagine against this sleek, concrete landscape. 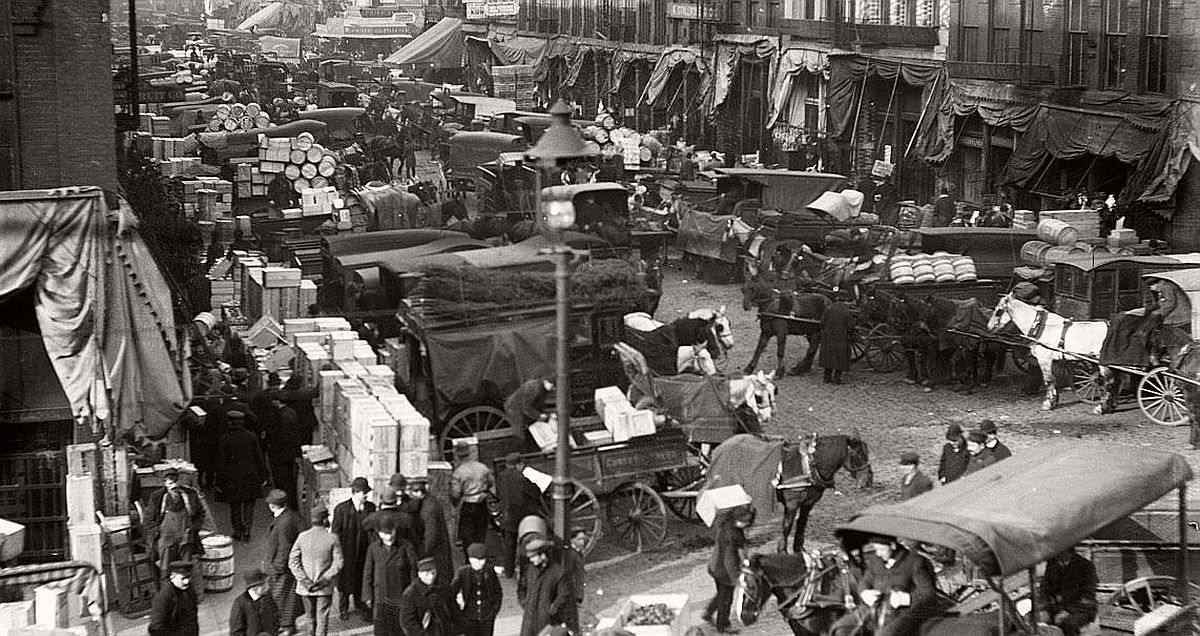 Water Street Market was a lively wholesale produce row along the Chicago River’s south waterfront. It grew up with the city and thrived – until city planners decided that its congestion and odors no longer belonged in the central business district. 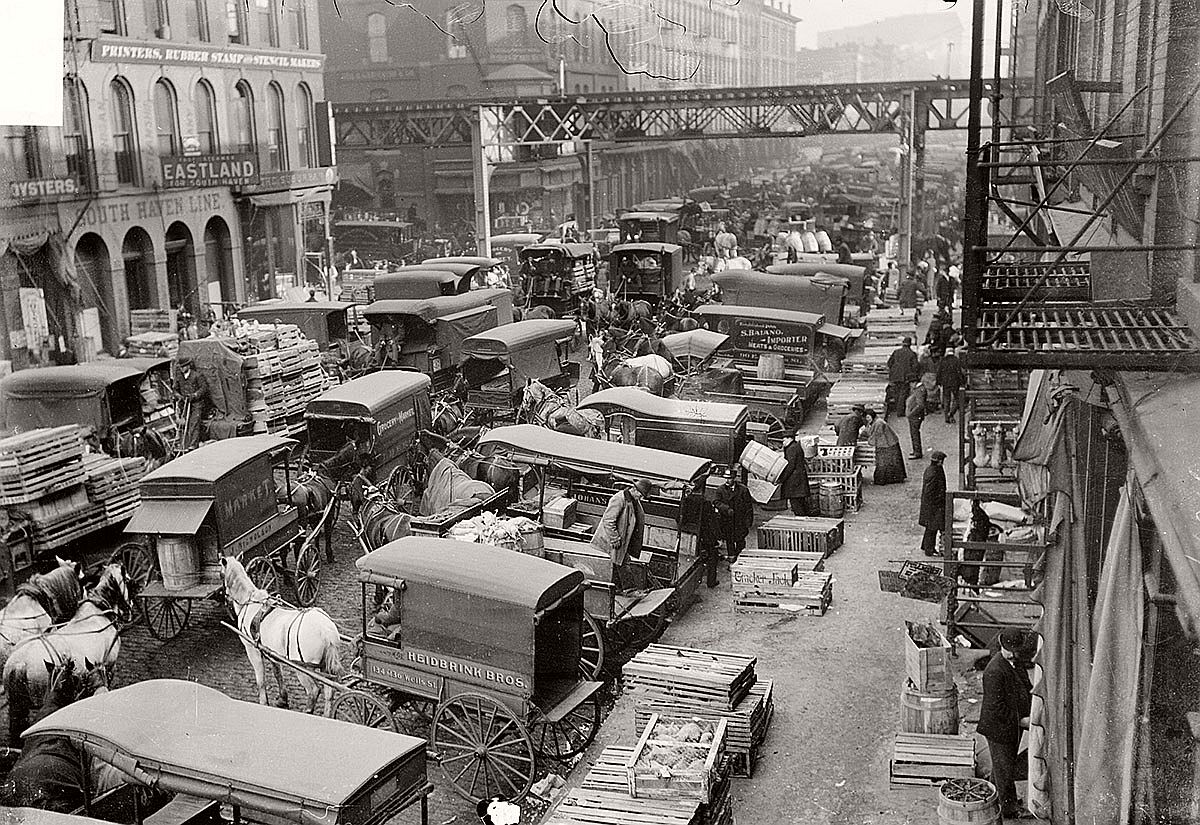 Water Street Market ran parallel to the river, with buildings that backed up onto the water. Notice the booking office for the South Haven Line – the company that owned the ill-fated steamship Eastland. 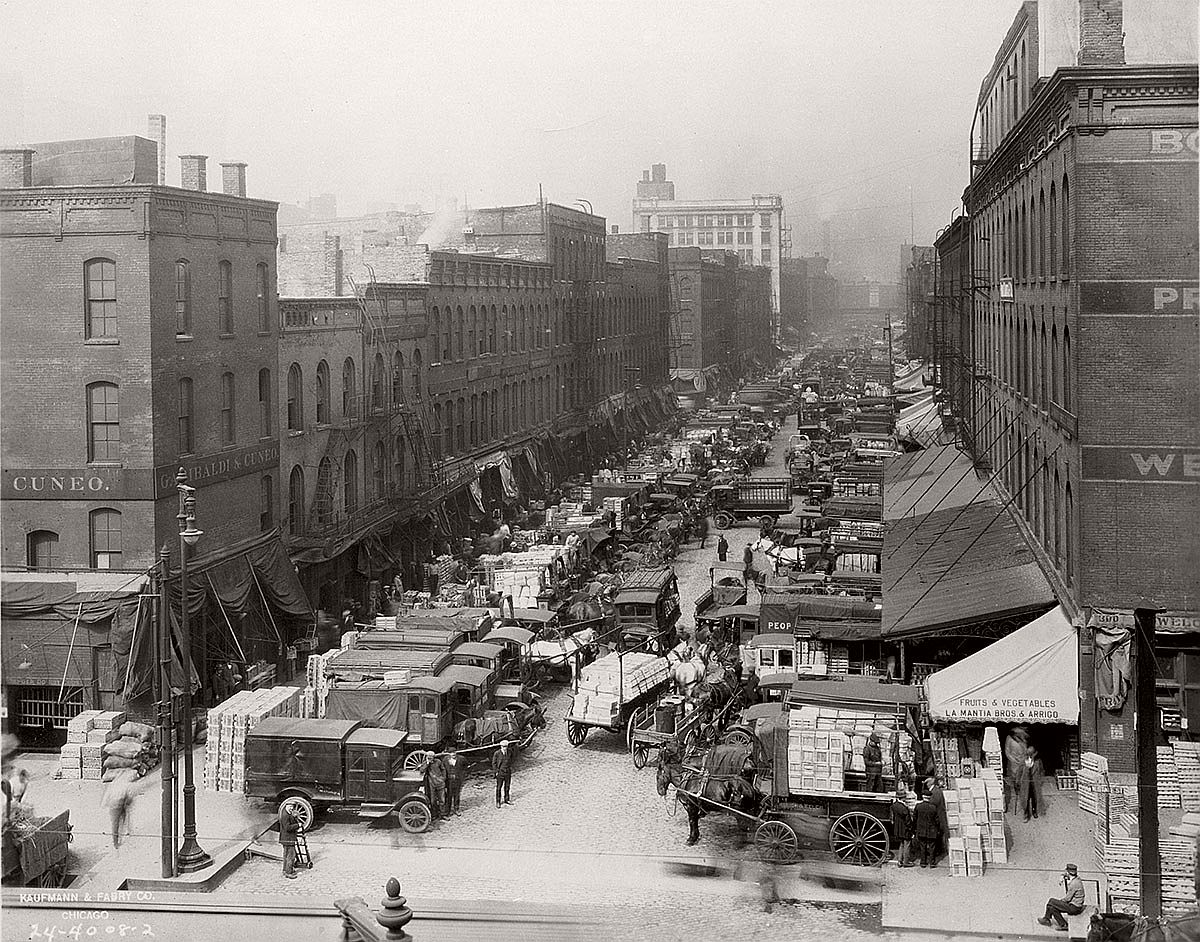 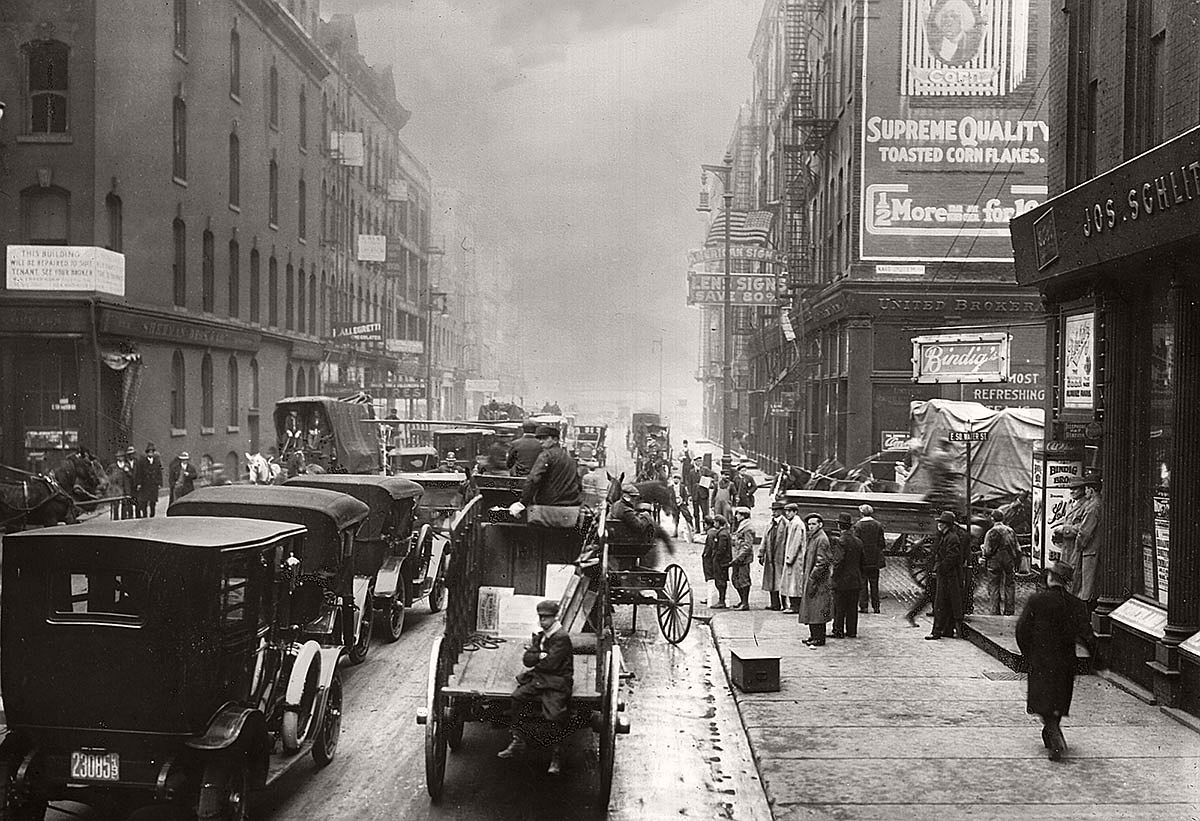 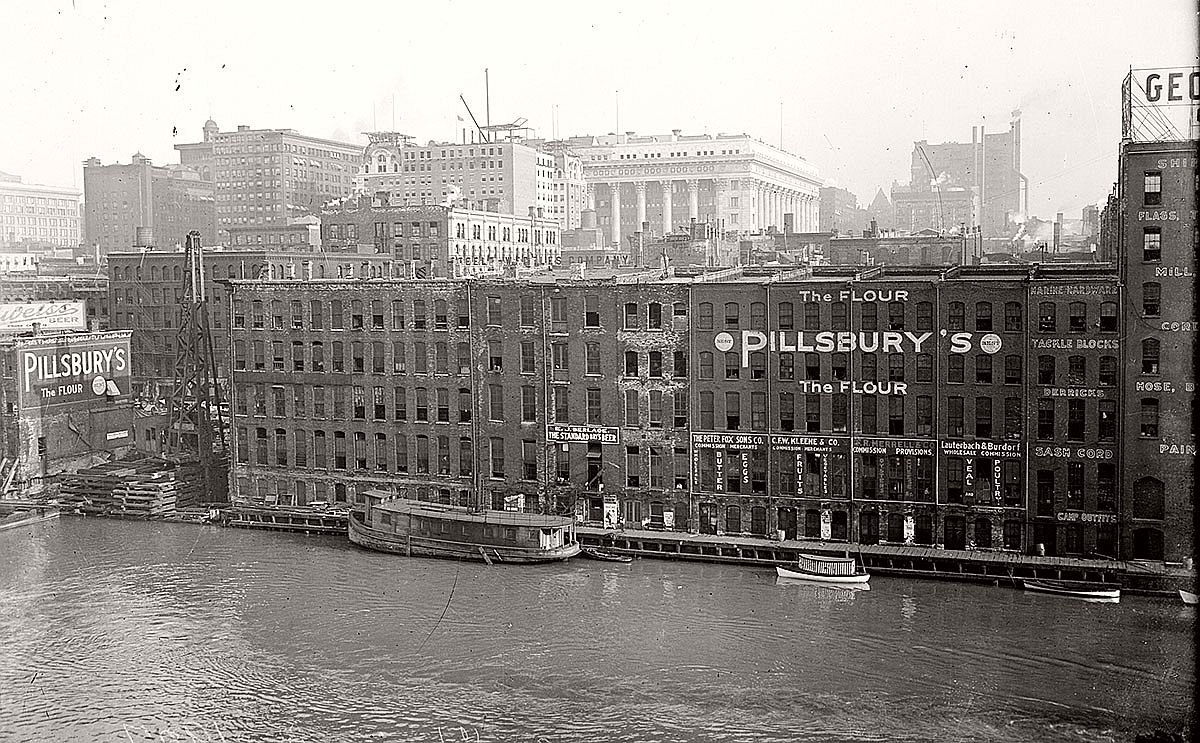 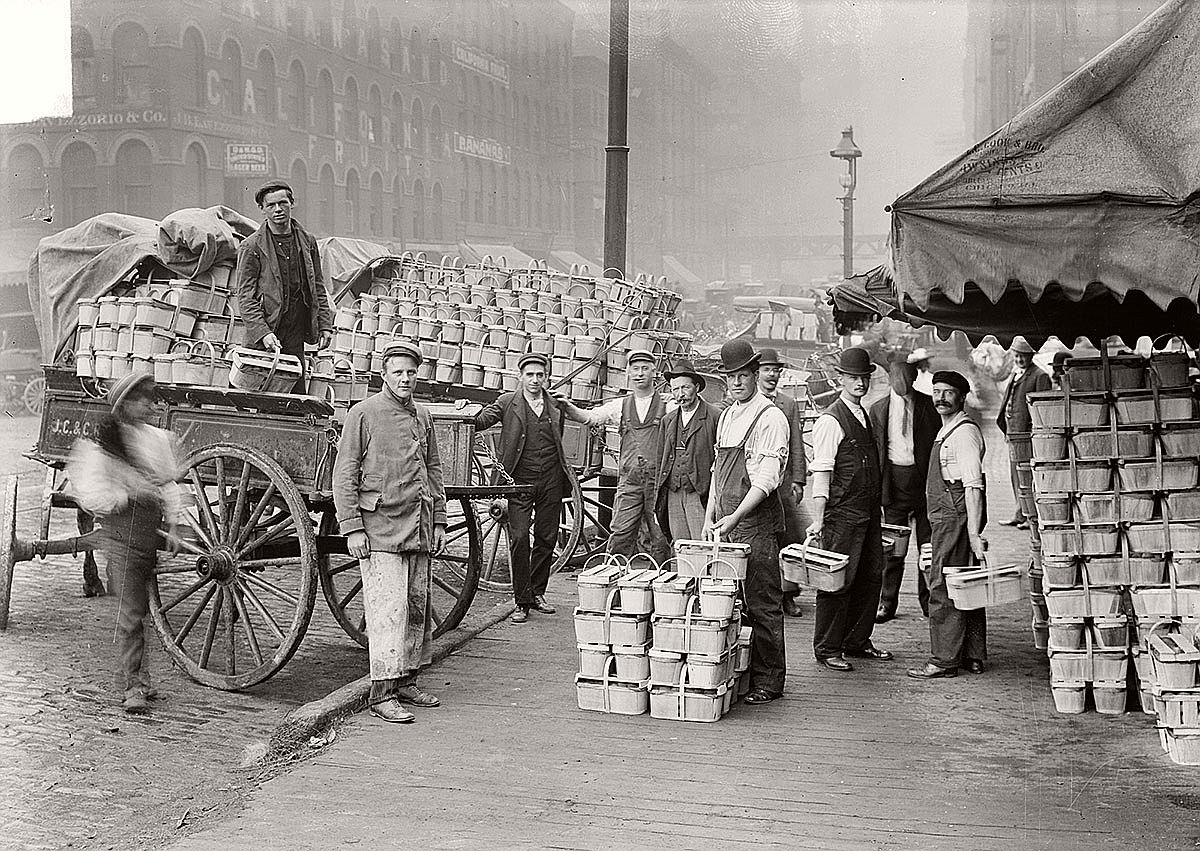 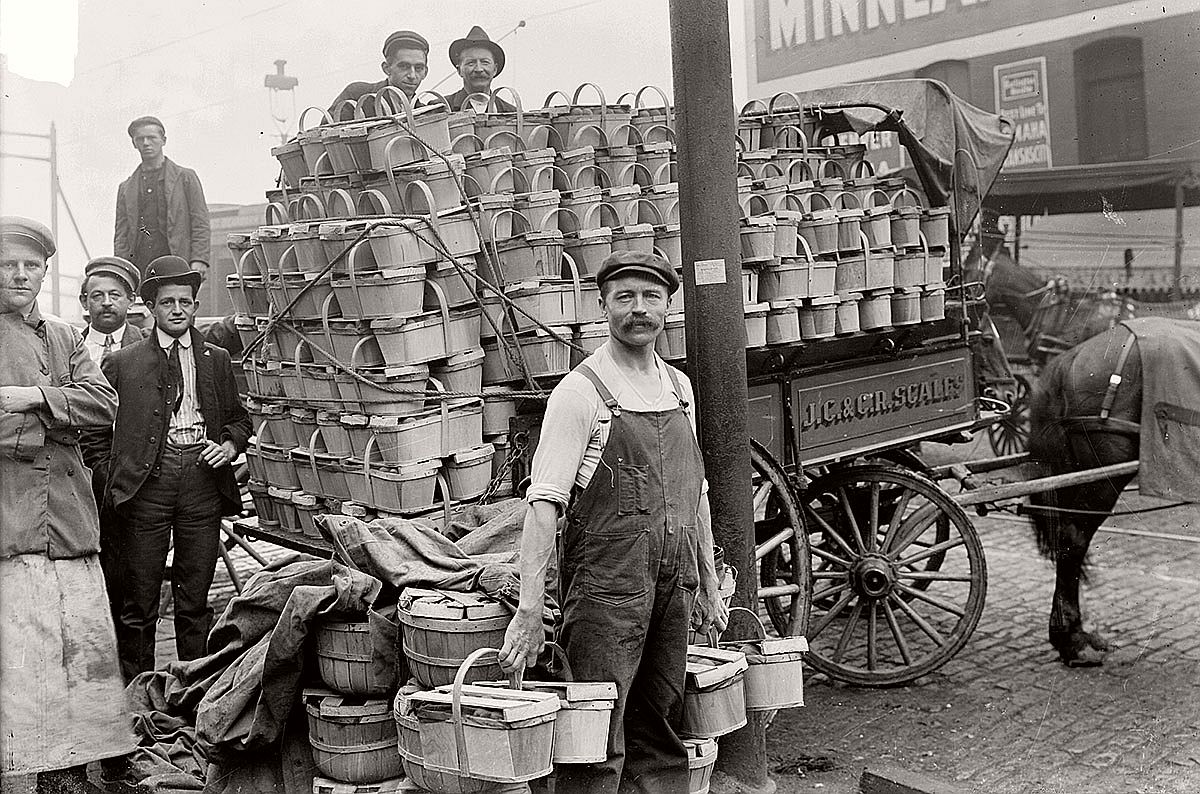 A portrait of a different era. 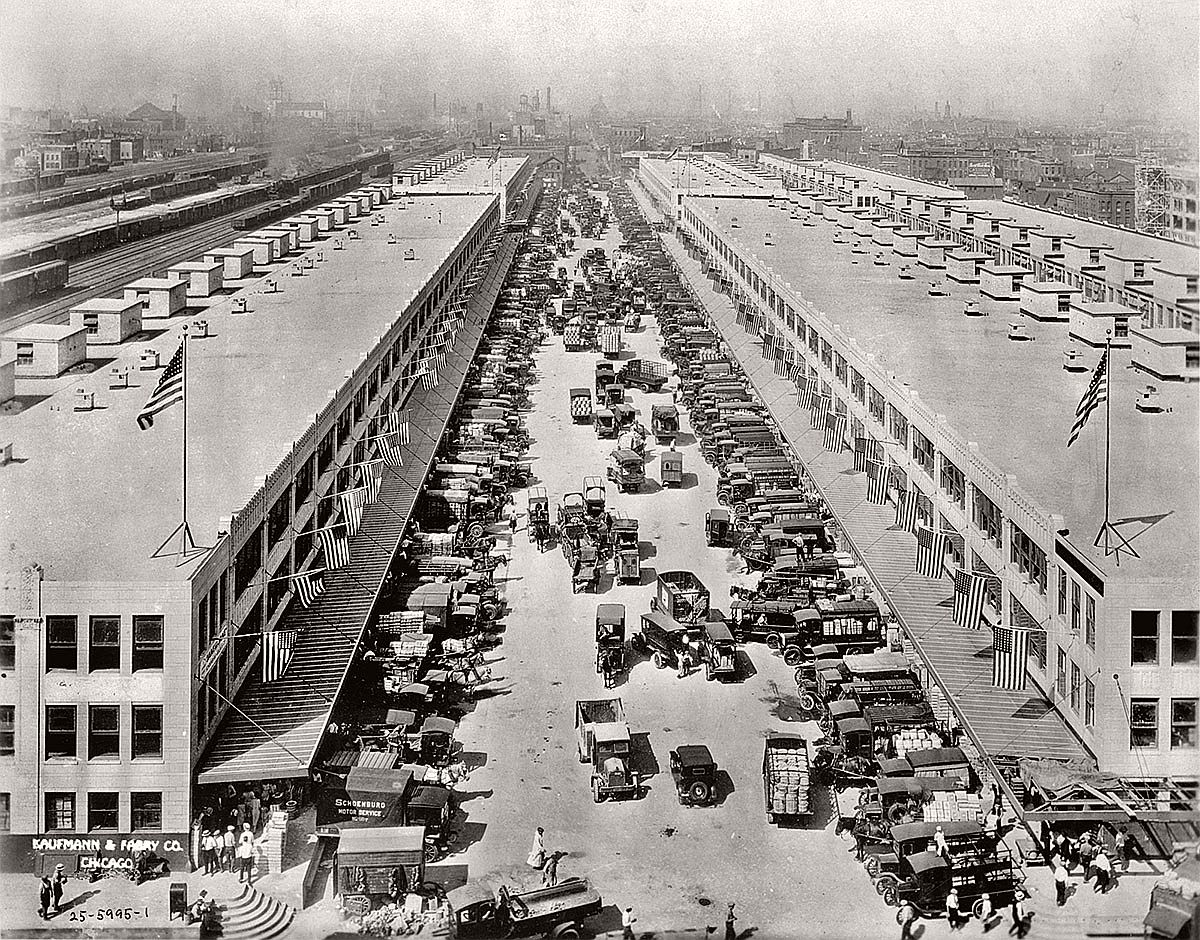 To make way for a complete transformation of the waterfront, the Water Street Market was relocated to a spot south of 12th Street (now Roosevelt Road) between Morgan Street and Racine Avenue. It continued to operate there as the South Water Market through 2001, when it moved on again, even further from the city center.