After graduating from the PAFA, Delano proposed a photographic project to the Federal Art Project: a study of mining conditions in the Schuylkill County, Pennsylvania anthracite coal area. Delano sent sample pictures to Roy Stryker and applied for a job at the Farm Security Administration Photography program FSA. Through the help of Edwin Rosskam and Marion Post Wolcott, Stryker offered Delano a job at $2,300/year. As a condition of the job, Delano had to have his own car and driver’s license, both of which he acquired before moving to Washington, D.C.

Before working at the FSA, Delano had done his own processing and developing but did neither at the FSA. Other photographers working for the FSA include Walker Evans, Dorothea Lange, and Gordon Parks. In 1943 FSA was eliminated as “budget waste” and subsumed into the Office of War Information (OWI). 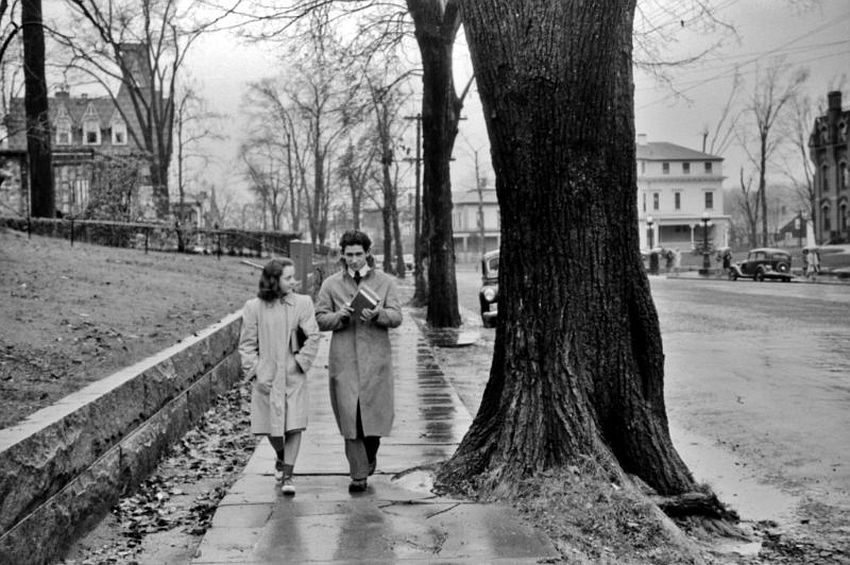 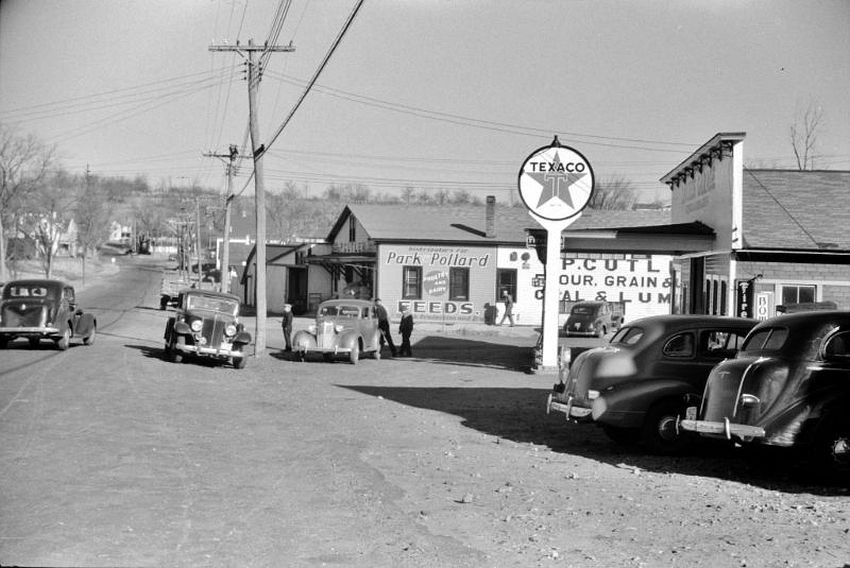 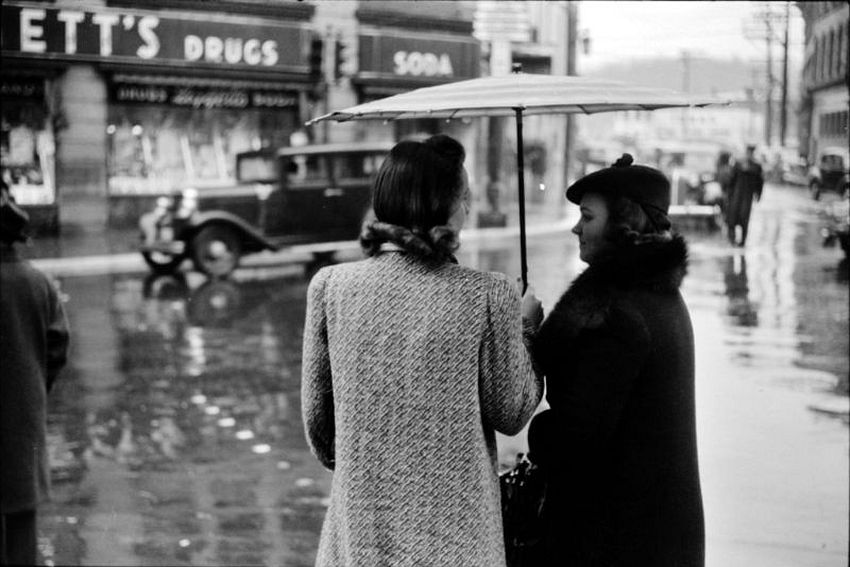 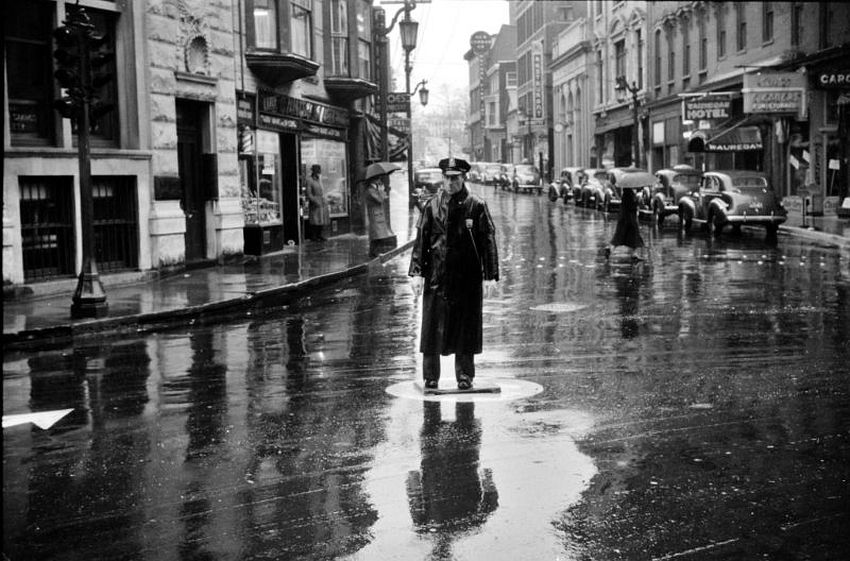 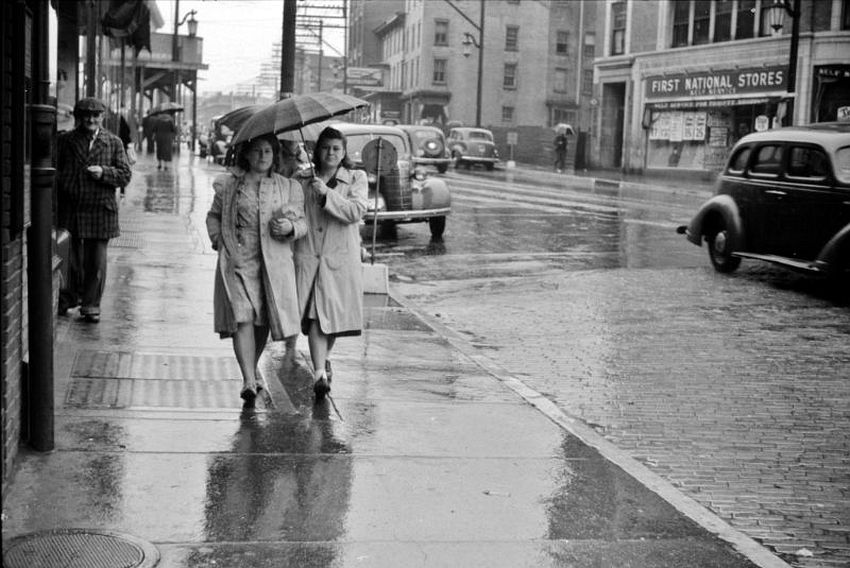 Connecticut. What Are Friends For. Norwich on a rainy day, November 1940 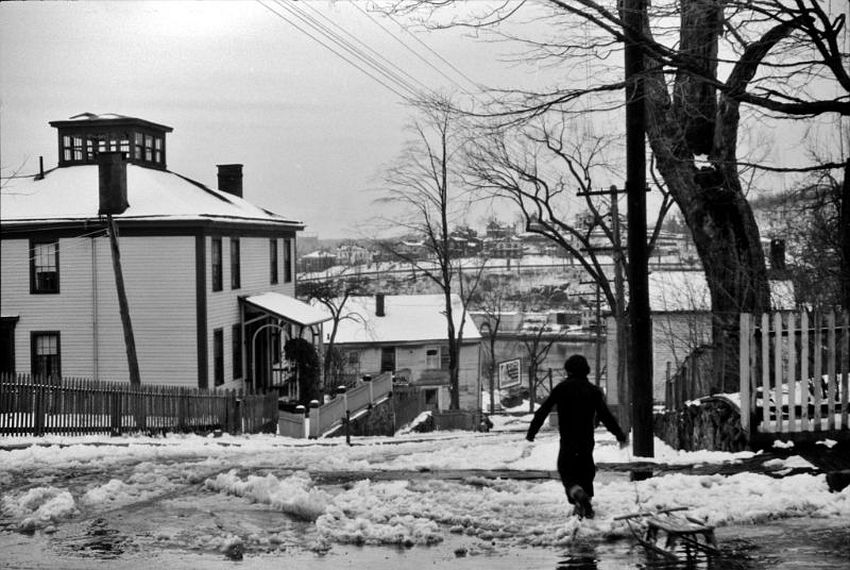 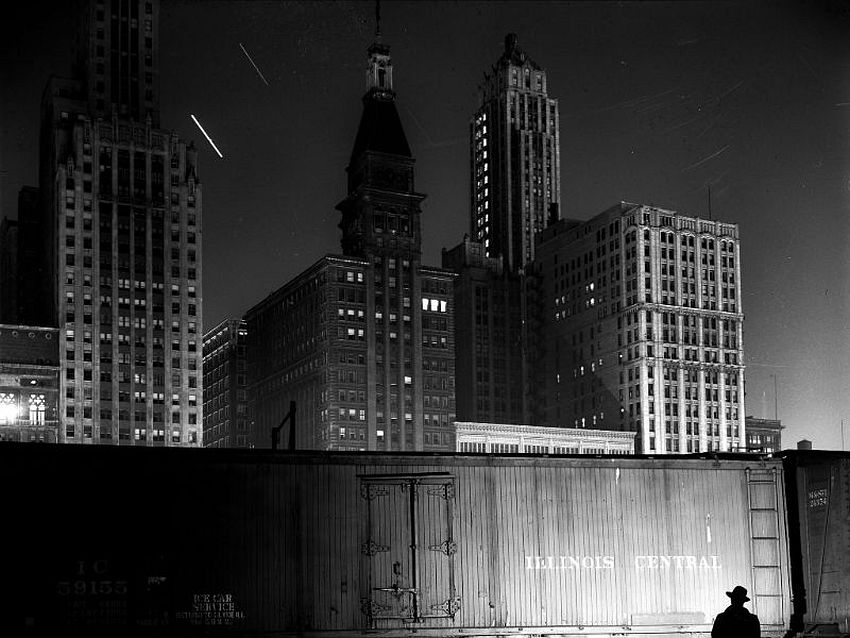 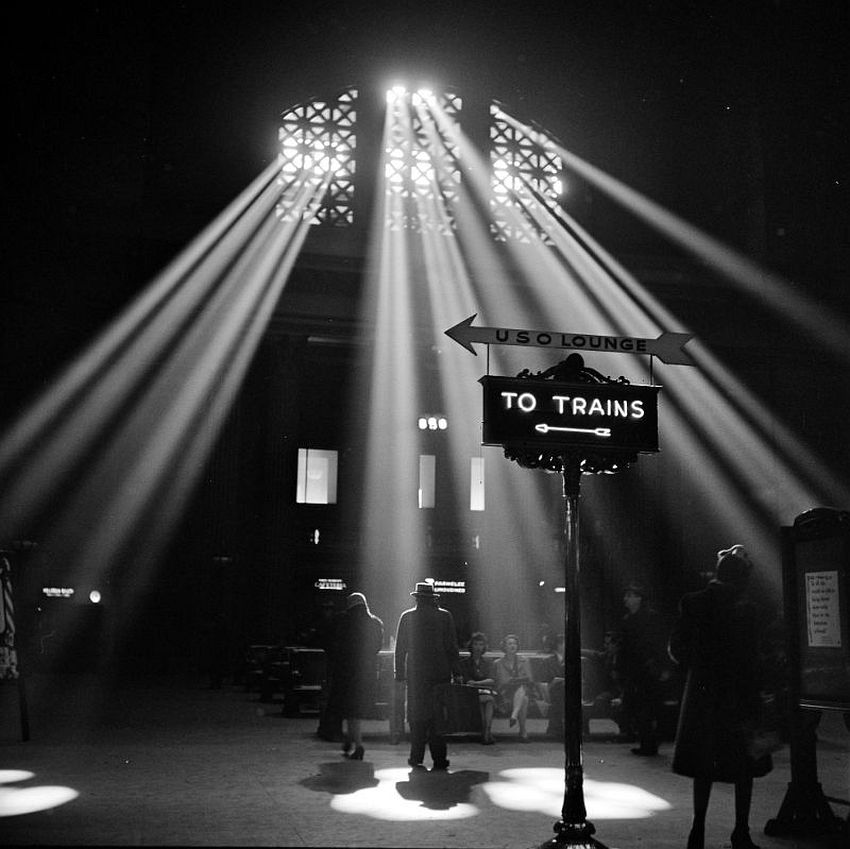 Illinois. Shedding Light. In the waiting room of the Union Station, Chicago, January 1943 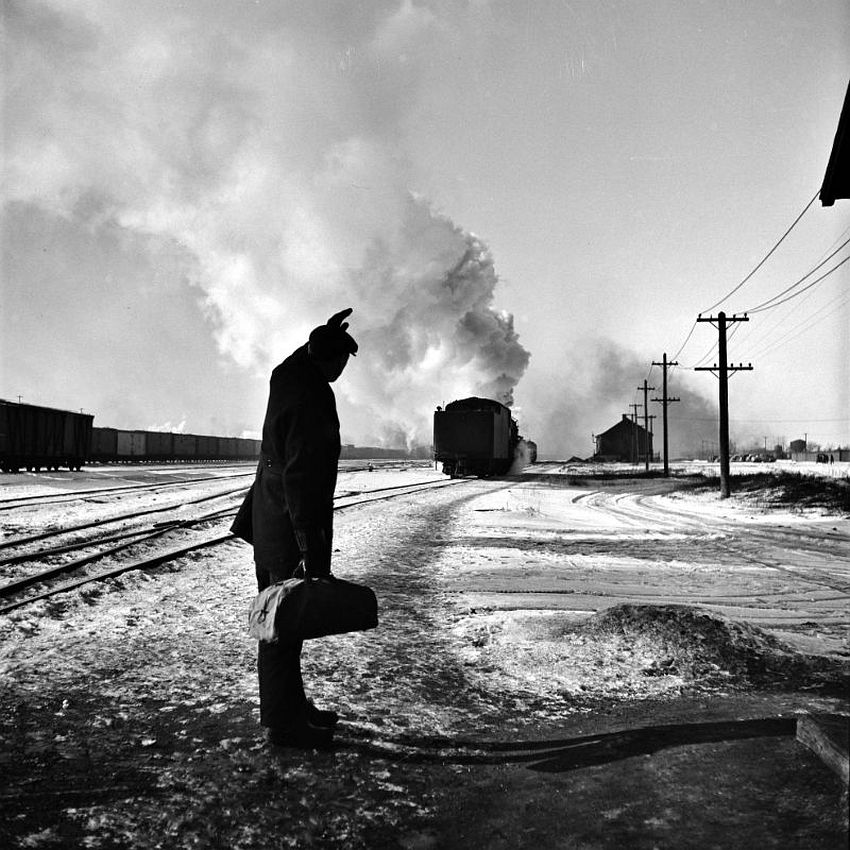 Iowa. It’s Been Good to Know Ya. Wolfsmith waves good-bye. Freight ops of the Chicago & Northwestern RR between Chicago and Clinton, January 1943 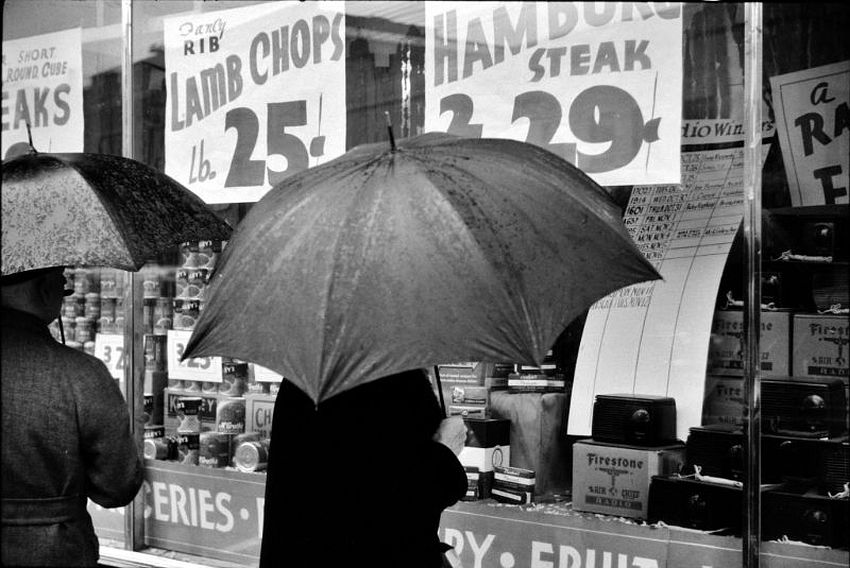 Connecticut. A Woman window shopping on a rainy day in Norwich, November 1940 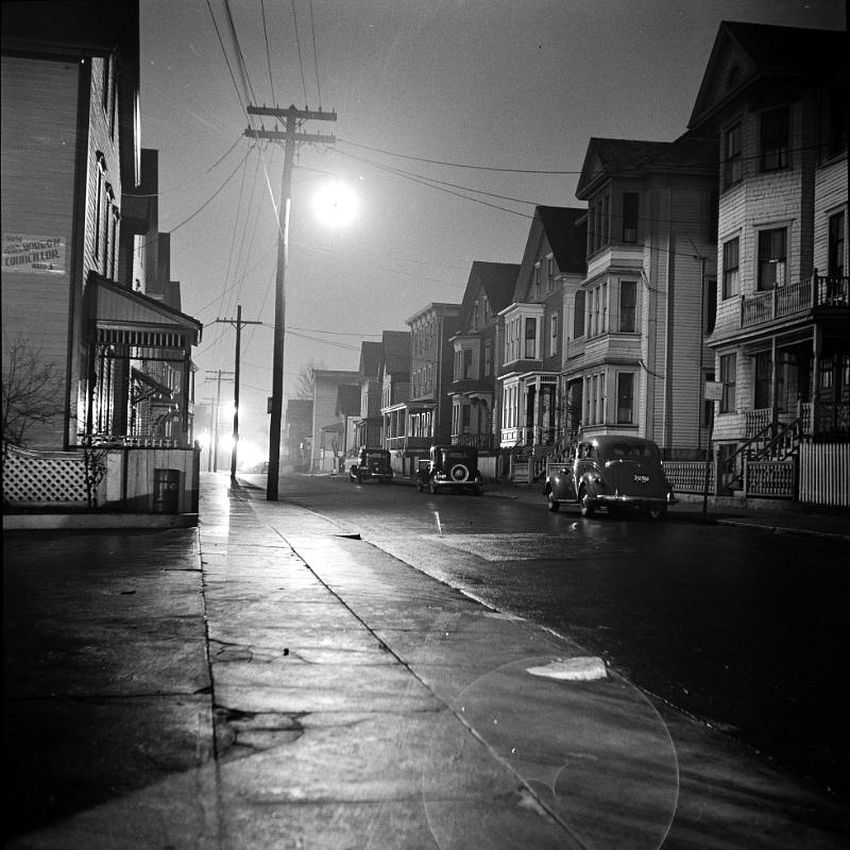 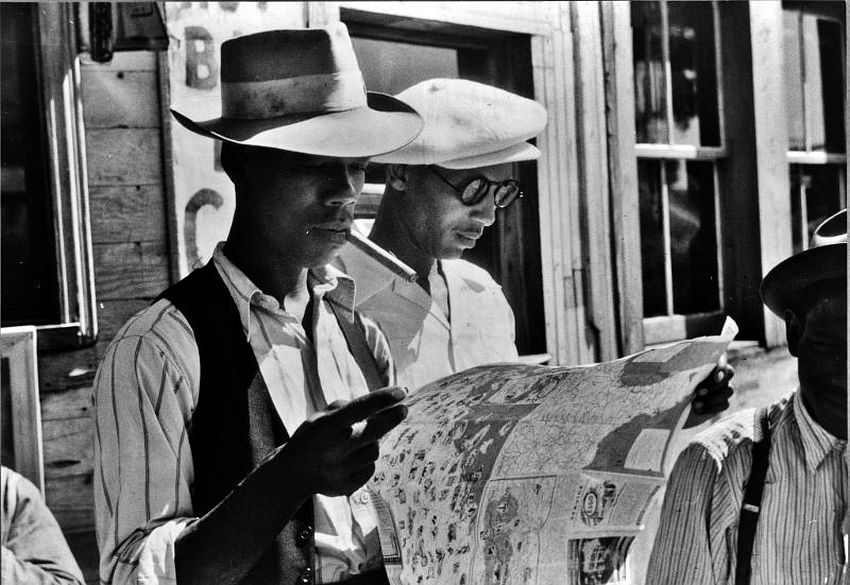 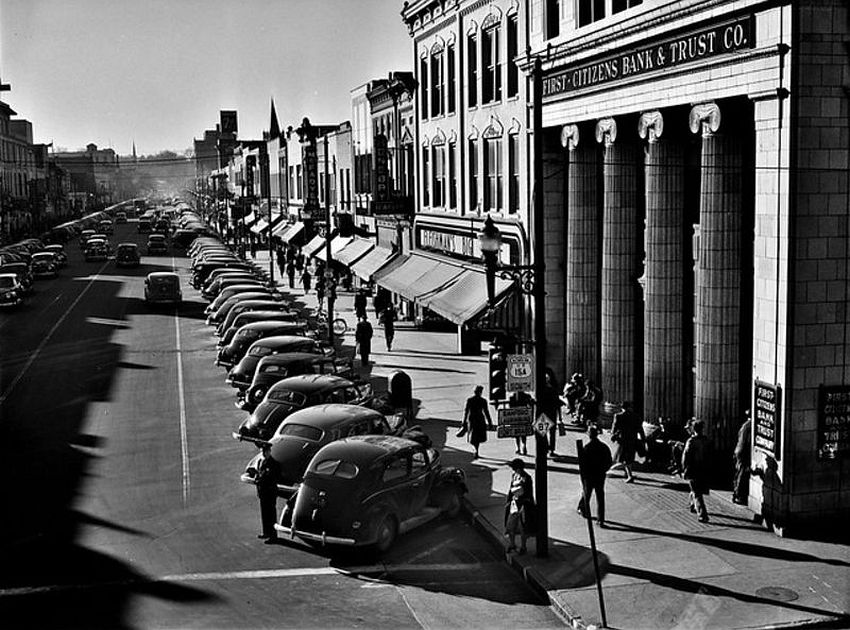 North Carolina. The Long Shadows. Traffic on the main street of Fayetteville, North Carolina at about five o’clock, when the workers start coming out at Fort Bragg, March 1941 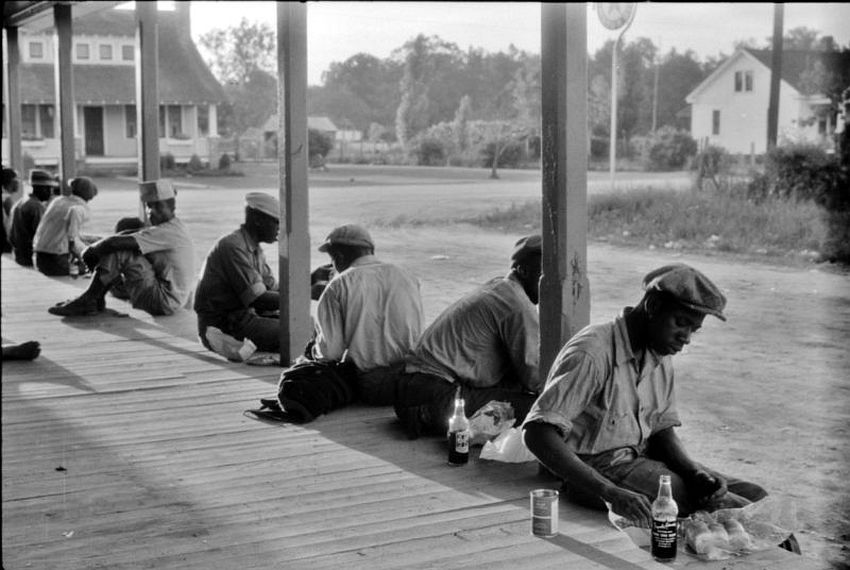 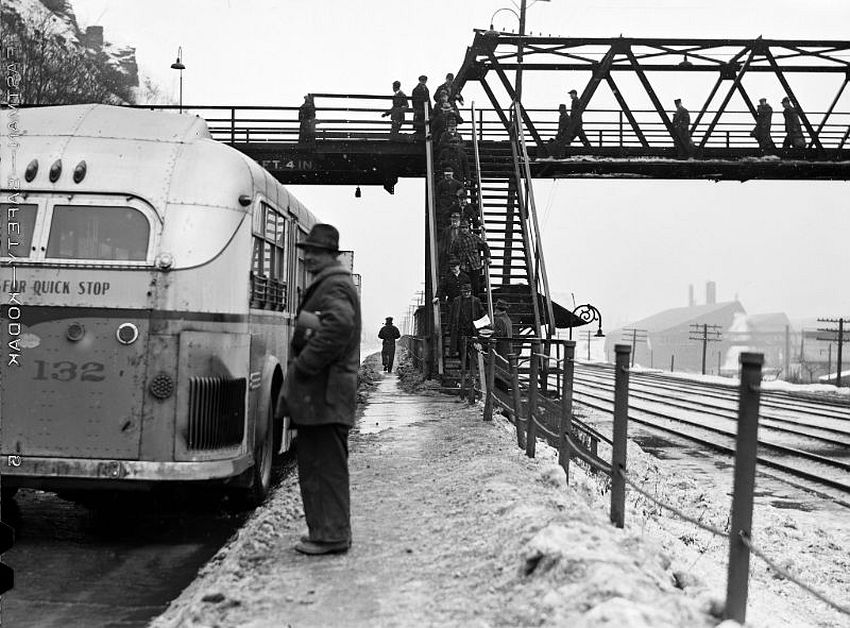 Pennsylvania. Knocking Off. The end of the afternoon shift at the Jones and Laughlin Steel Corporation in Aliquippa, January 1941 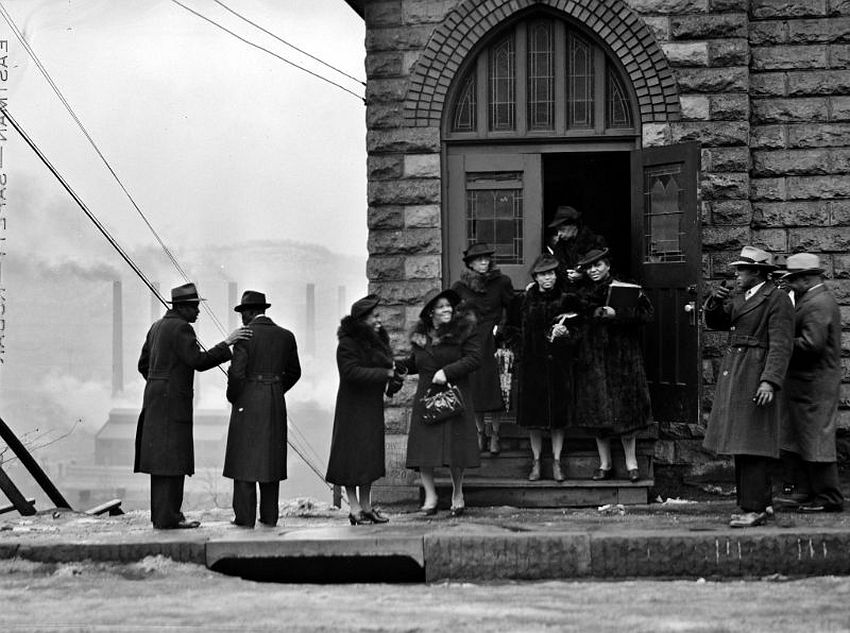 Pennsylvania. Sunday Best. Congregation of a Black church in the mill district of Pittsburgh, January 1941 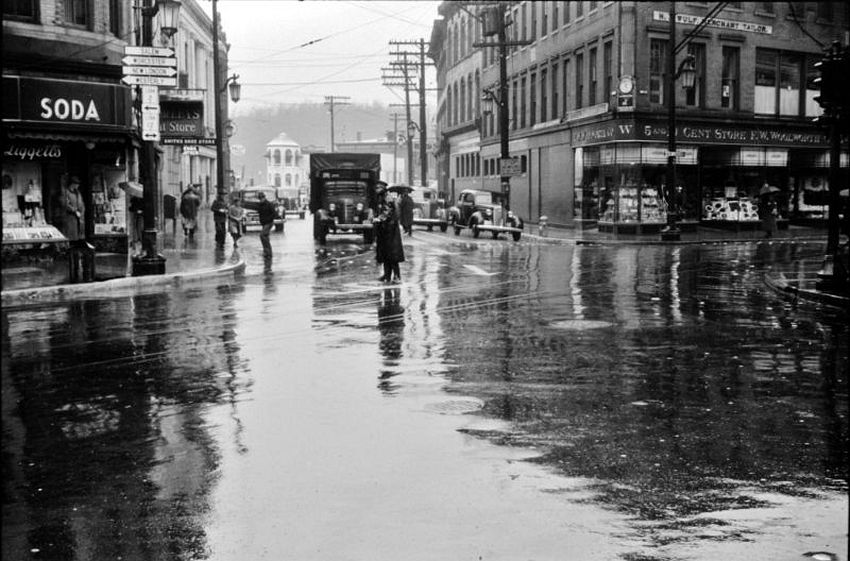 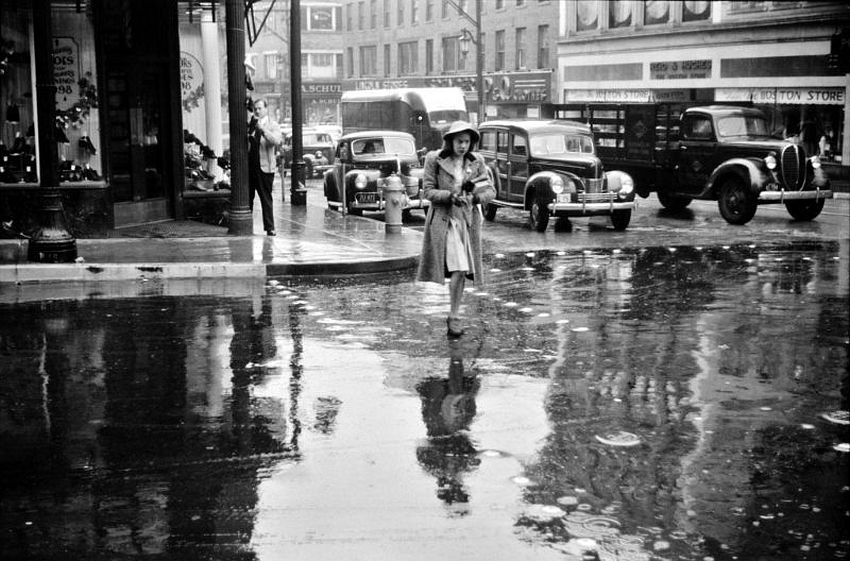 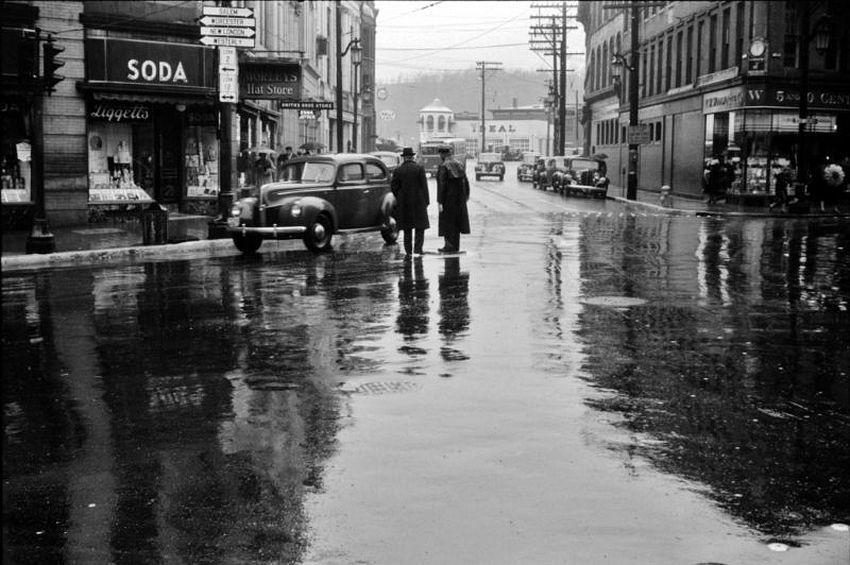 Connecticut. Mercury on Main. A rainy day view of a main street intersection in Norwich, November 1940