During a House of Commons sitting in February 1915, the prime minister, Herbert Asquith, replying to a question about the damage caused by flooding, said: “The attention of the Government has been called from time to time to the serious injury caused by floods in the Upper Thames Valley and to the desirability of a careful inquiry into the matter. In 1914 a scheme was submitted to the Thames Conservancy Board by their engineer, but the cost of carrying it out was estimated at about £3,000,000. The present time hardly appears to be suitable for such an inquiry.” 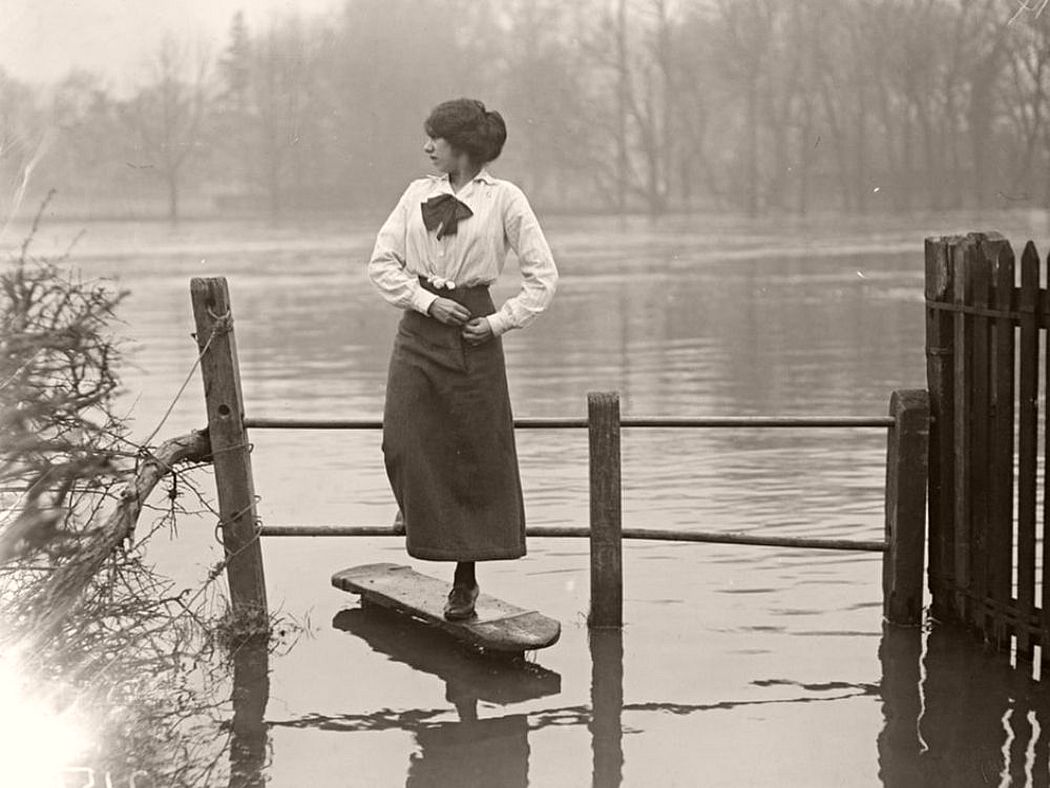 A woman crossing a stile after the flooding in the Thames Valley, December 1915. 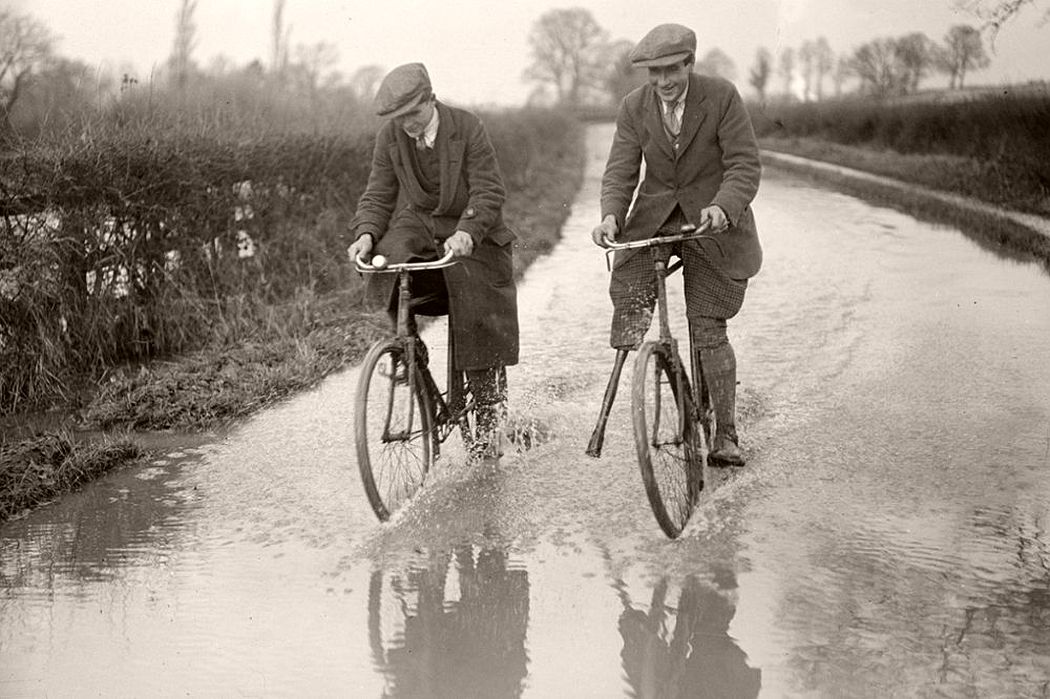 A man with a wooden leg cycles down a flooded road in Berkshire, December 1915. 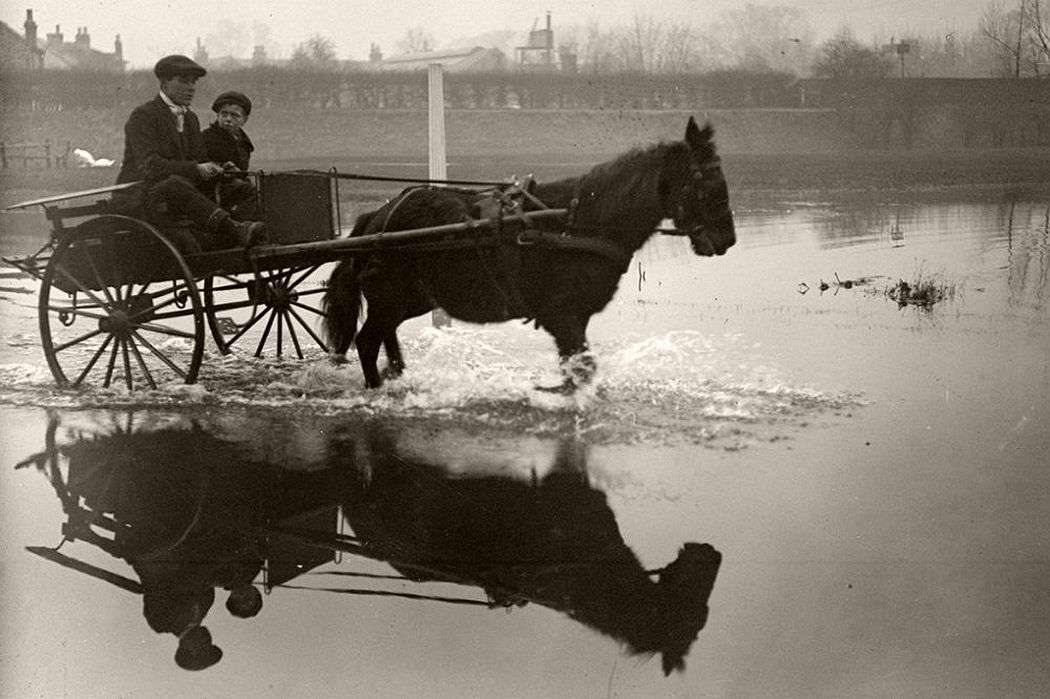 A man and a boy make a journey by pony and trap on the Staines to Windsor Road after flooding in the Thames Valley, December 1915.