The Great Blizzard of 1888 was one of the most severe recorded blizzards in the history of the United States of America.

The storm began in earnest shortly after midnight on March 12, and continued unabated for a full day and a half. The National Weather Service estimated this Nor’easter dumped as much as 50 inches (130 cm) of snow in parts of Connecticut and Massachusetts, while parts of New Jersey and New York had up to 40 inches (100 cm). Most of northern Vermont received from 20 inches (51 cm) to 30 inches (76 cm) in this storm. 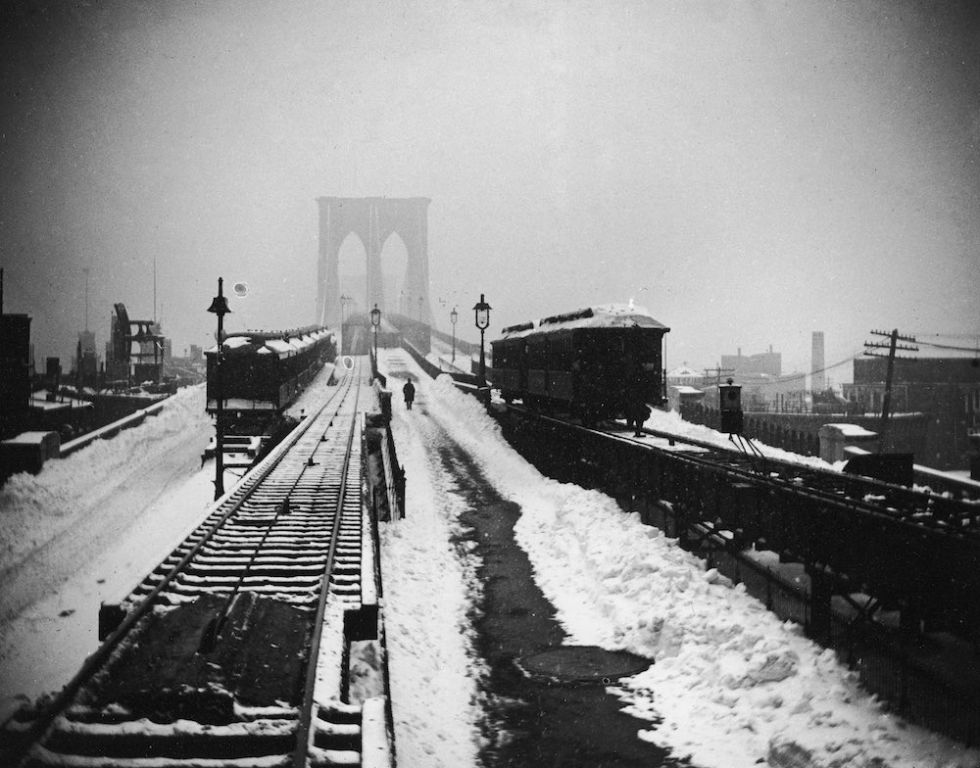 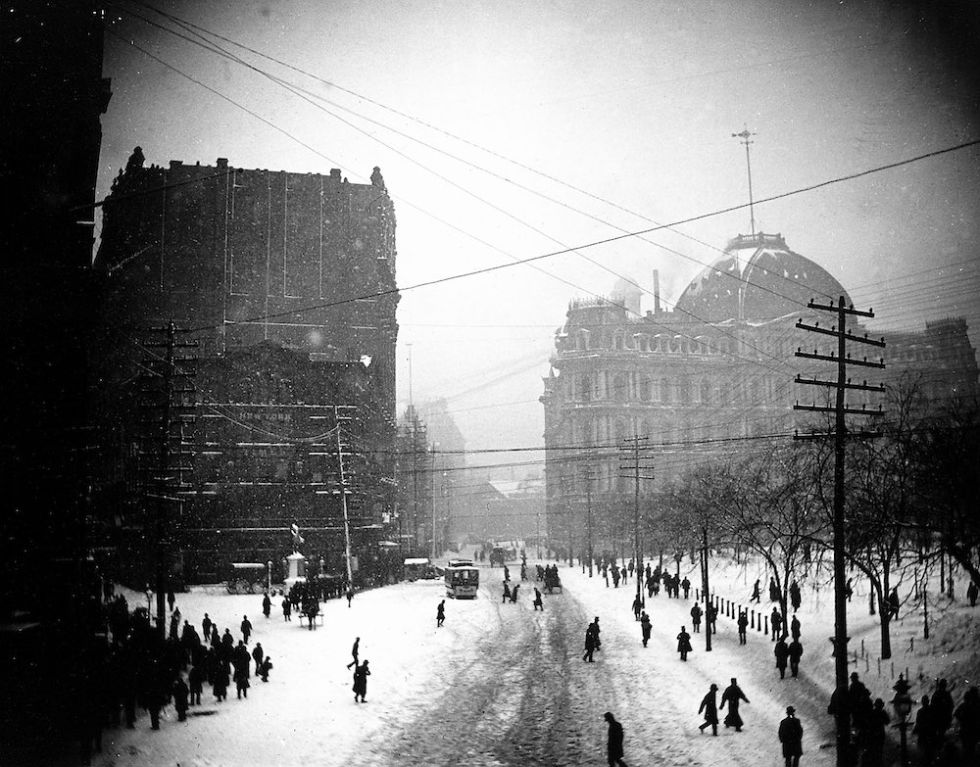 Park Row as people and horse-drawn vehicles struggle to make their way through the snow of the Blizzard. Image: Wallace G. Levison/The LIFE Picture Collection/Getty Images 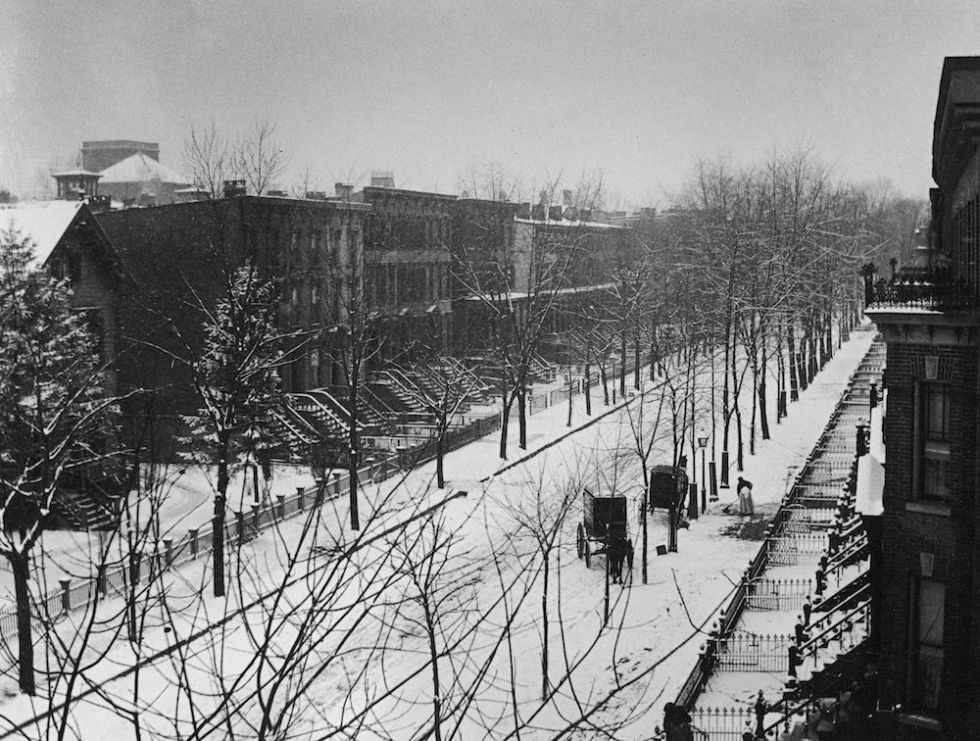 Following the snowstorm, a women on a brownstone-lined street sweeps the sidewalk near where two horse-drawn buggies are parked in Brooklyn. Image: George B. Brainerd/Dahlstrom Collection/The LIFE Picture Collection/Getty Images 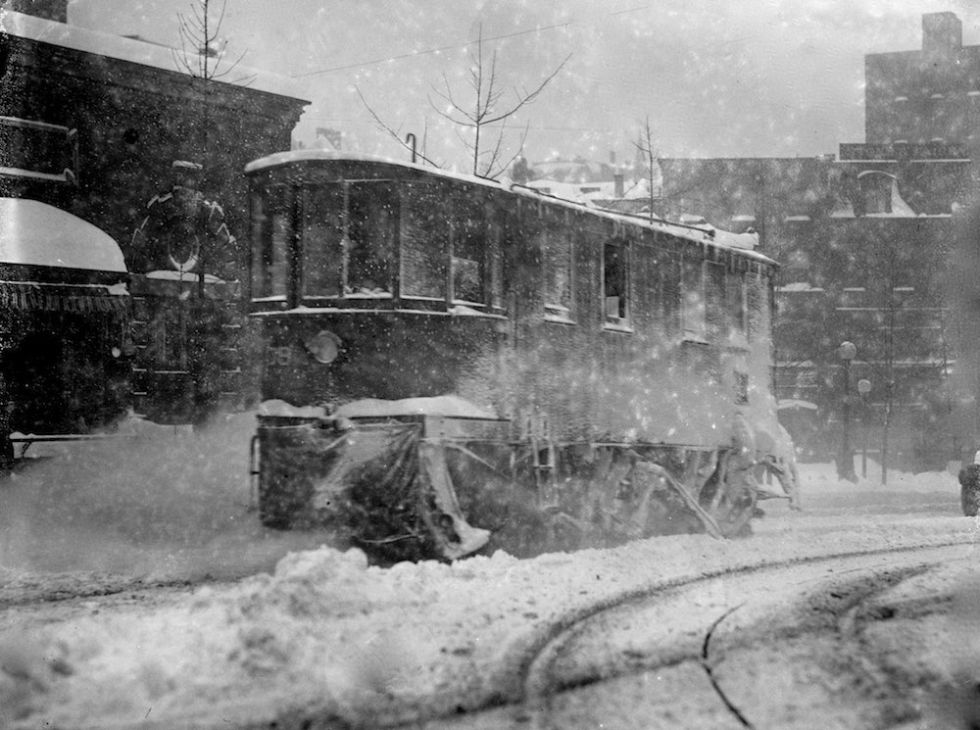 A trolley pushes through the snow and ice brought by the Great Blizzard, Washington, DC. Image: Herbert A. French/Buyenlarge/Getty Images 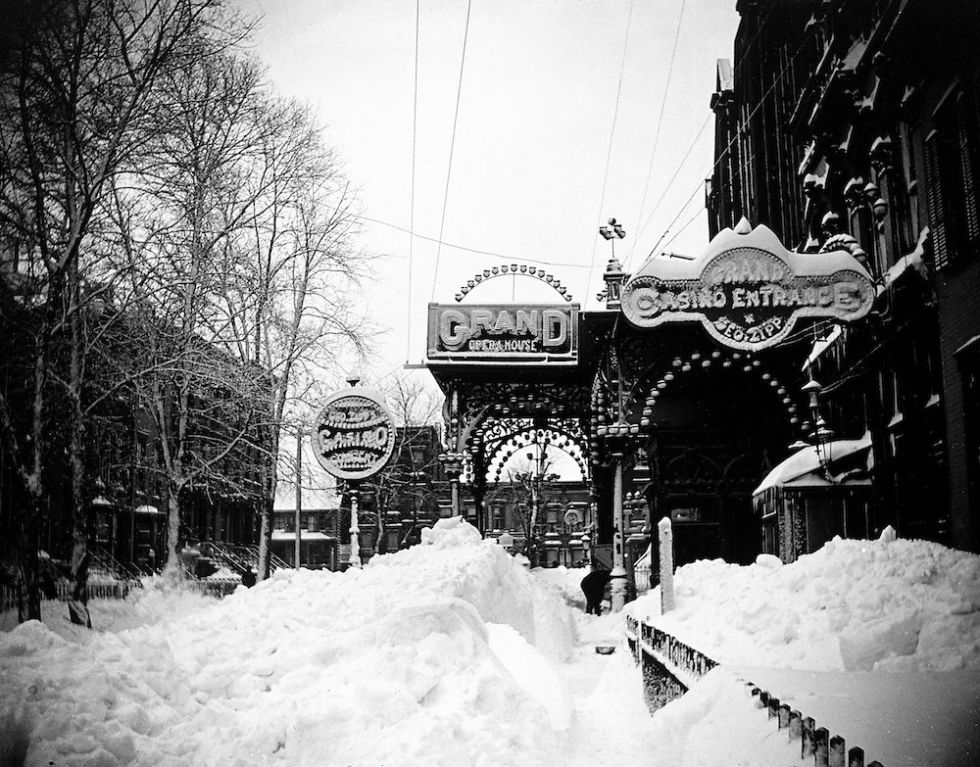 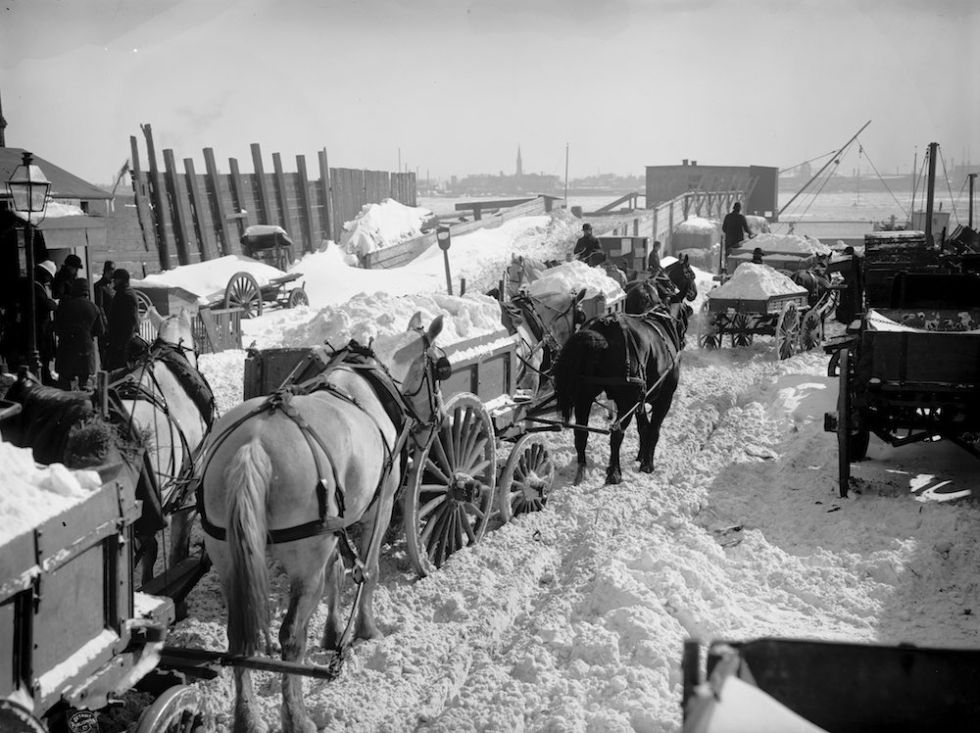 Carts haul snow and ice, cleared from city streets, to the river for dumping in the East River in New York. Image: Buyenlarge/Getty Images 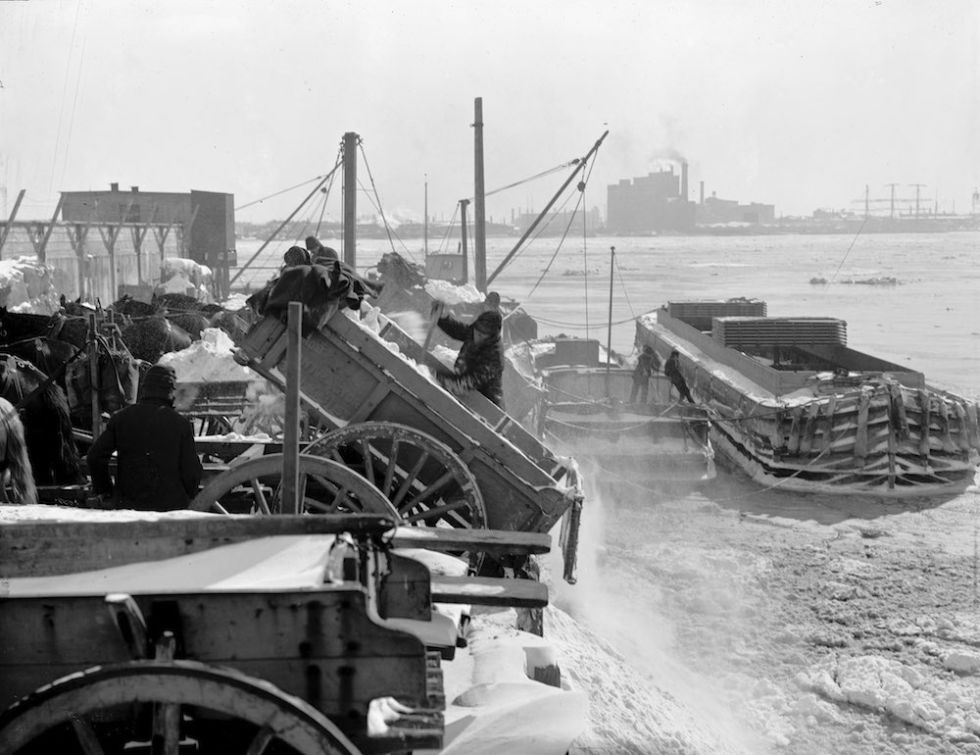 Carts haul snow and ice, cleared from city streets, to be dumped into the East River. Image: Buyenlarge/Getty Images 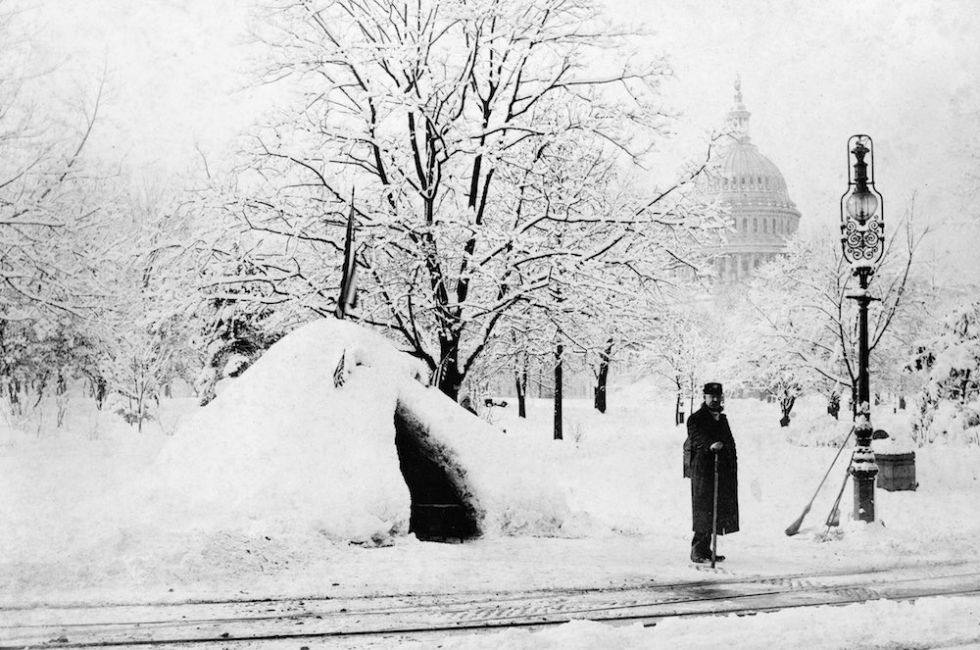 Man standing by snow hut, after the Great Blizzard of 1888, with U.S. Capitol in background, Washington, D.C. Image: Library of Congress