The Boston Molasses Disaster occurred on January 15, 1919, in the North End neighborhood of Boston, Massachusetts, in the United States. A large molasses storage tank burst, and a wave of molasses rushed through the streets at an estimated 35 mph (56 km/h), killing 21 and injuring 150. The event has entered local folklore, and for decades afterward, residents claimed that on hot summer days, the area still smelled of molasses.

Molasses can be fermented to produce rum and ethanol, the active ingredient in other alcoholic beverages and a key component in the manufacturing of munitions. The stored molasses was awaiting transfer to the Purity plant situated between Willow Street and what is now named Evereteze Way, in Cambridge. 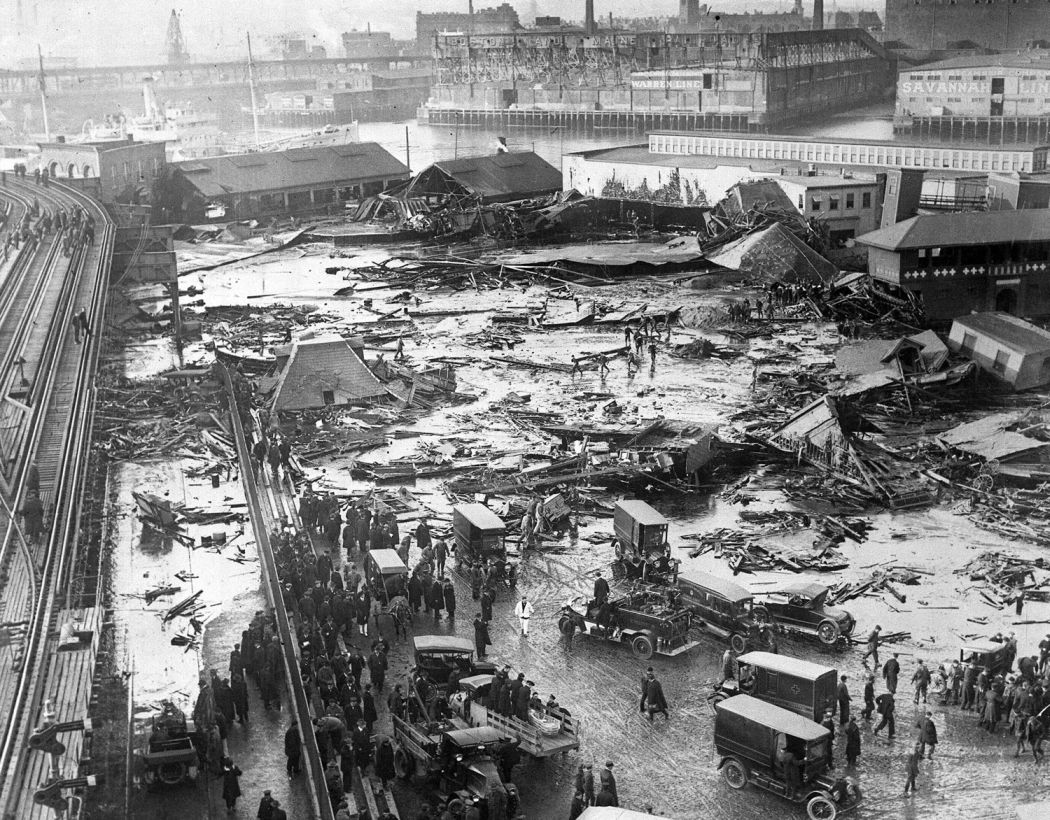 This aerial view shows the site of the molasses storage tank explosion in the section of Commercial St. between Copps Hill and the playground of North End Park in Boston, Massachusetts, on January 15, 1919. The explosion of the steel vat, ninety feet in diameter and fifty-two feet in height, caused 2.3 million gallons of molasses to flood the area, killing 21 people and injuring 150. In the background is the Navy Yard in Charlestown. # AP 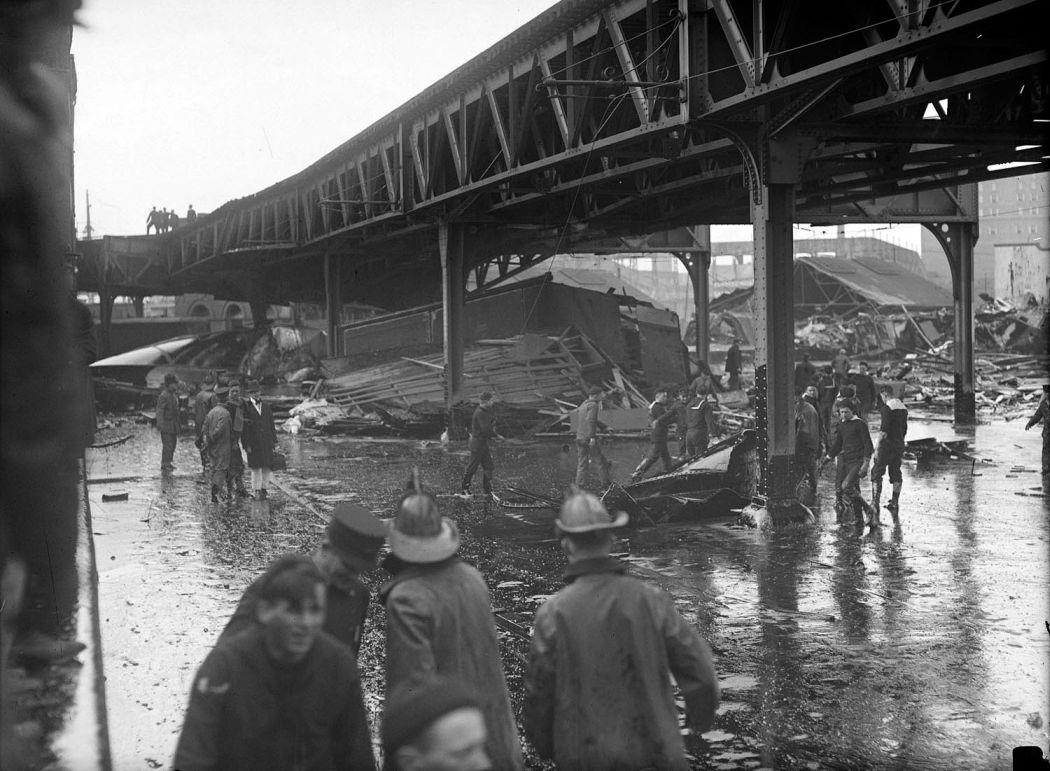 Firefighters and others stand in a pool of molasses after the explosion of a molasses storage tank owned by the United States Industrial Alcohol Company in Boston on January 15, 1919. About 2.3 million gallons of molasses flooded the area, killing 21 people, injuring 150, trapping a dozen horses, and destroying buildings, homes and part of the elevated train. # Courtesy trustees of the Boston Public Library/Leslie Jones Collection 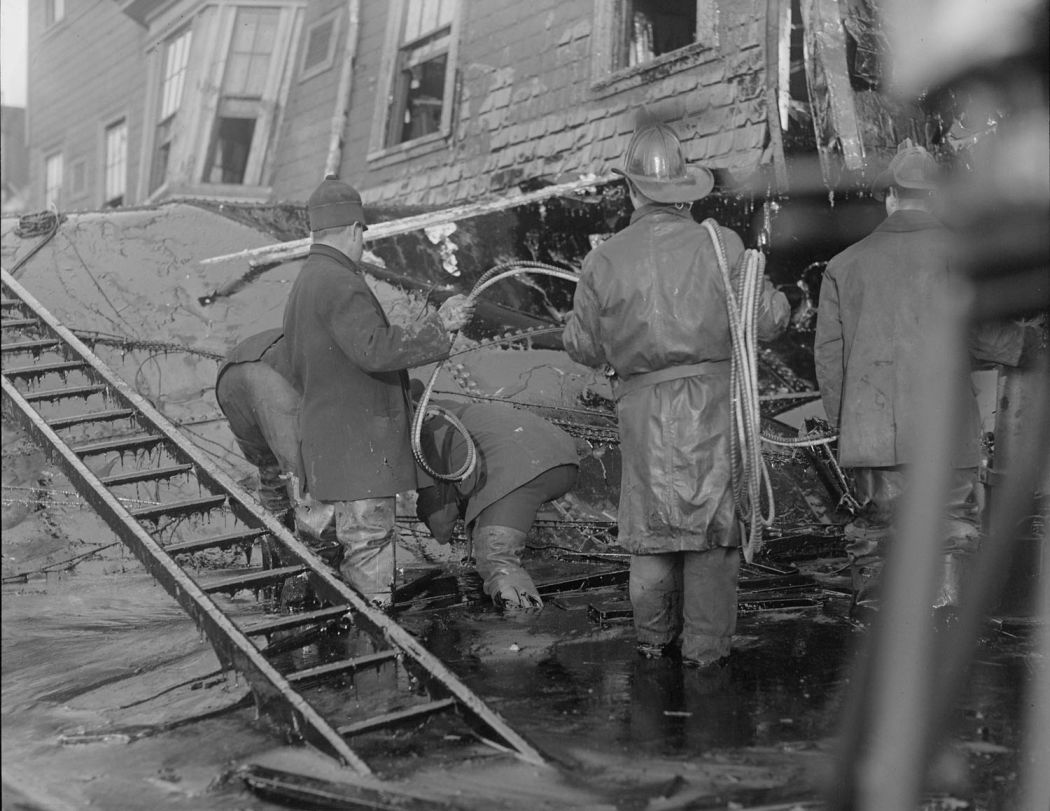 Firemen standing in thick molasses after the disaster. Muck drips off the ladder’s rungs. # Courtesy trustees of the Boston Public Library/Leslie Jones Collection 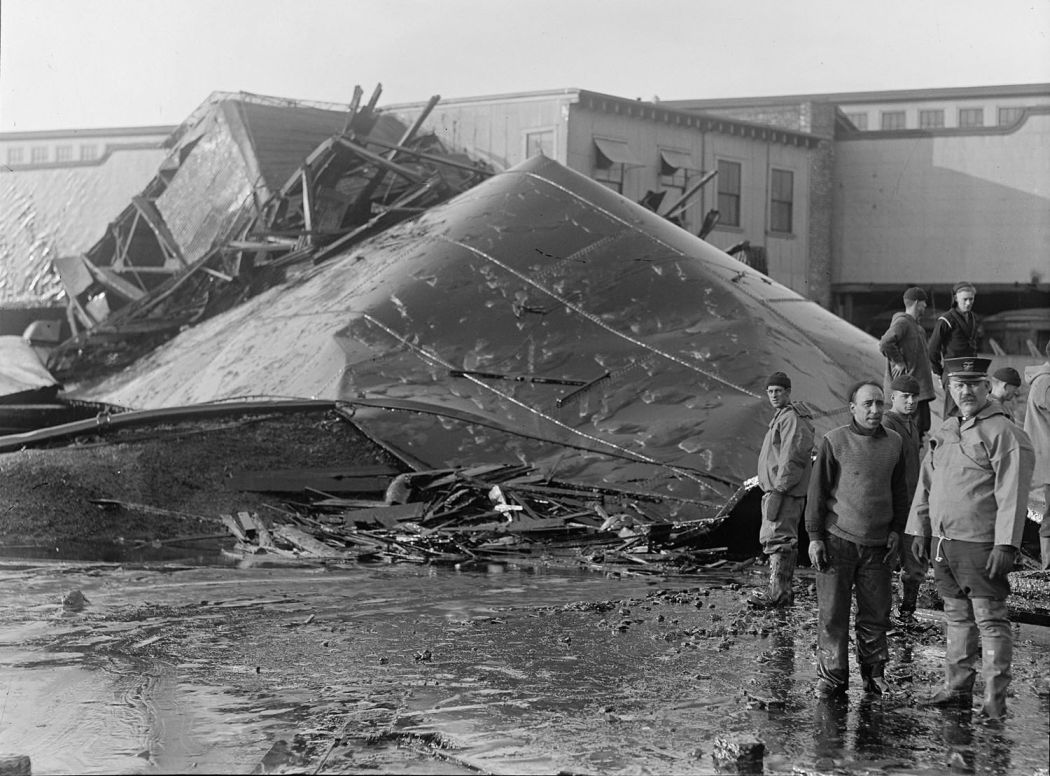 Section of tank after Molasses Disaster explosion at 1 p.m. on January 15, 1919 # Courtesy trustees of the Boston Public Library/Leslie Jones Collection 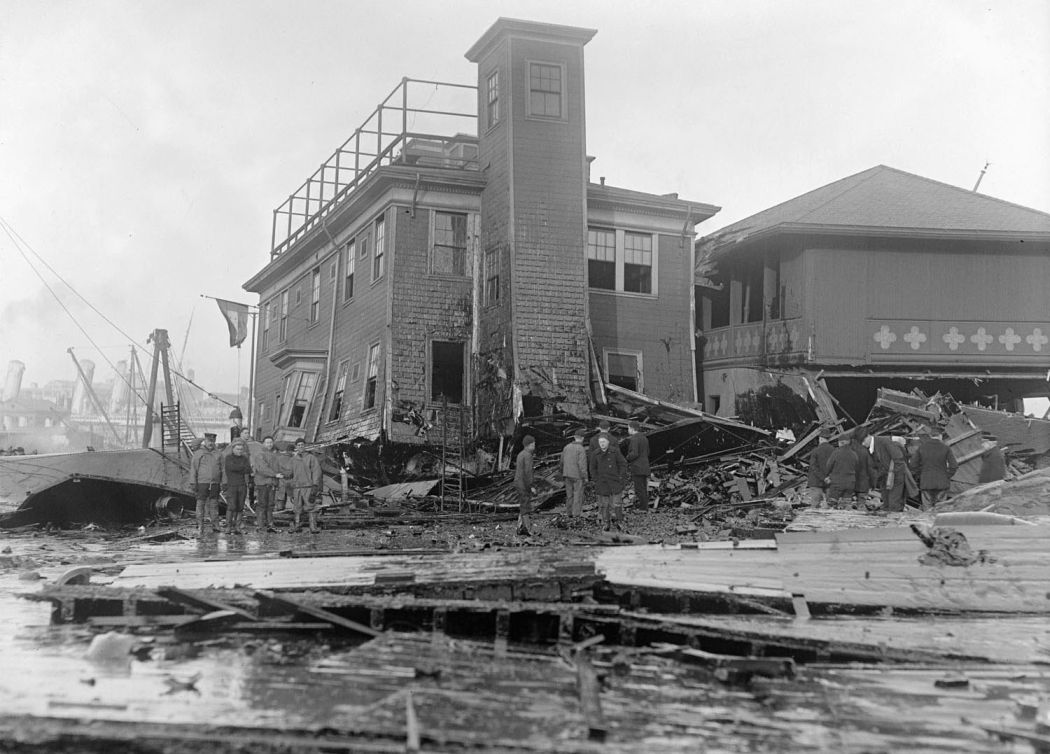 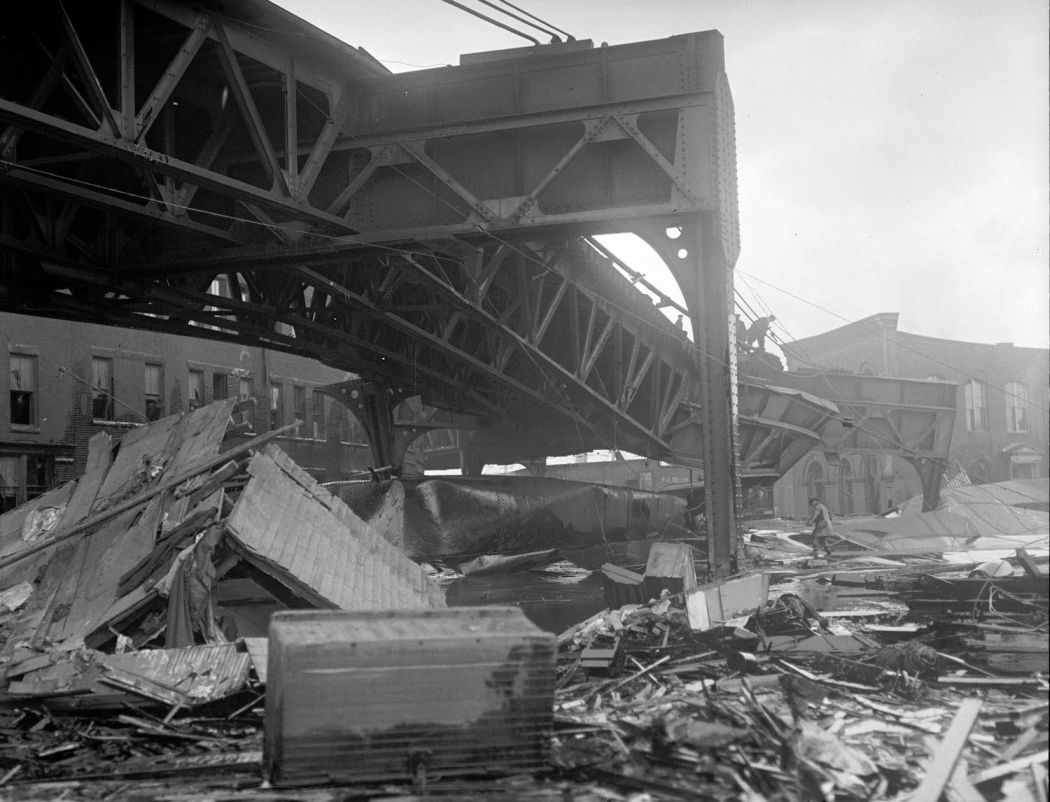 Some of the wreckage caused by the explosion of the molasses storage tank in Boston on January 15, 1919, including damage to the steel support of the elevated train bridge # AP