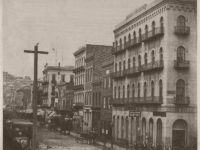 9 August 2018 0
Originally published in 1856, George Robinson Fardon’s San Francisco Album is the earliest existing photographic record of an American city. An unmatched historical document of San Francisco during its years of rapid growth and burgeoning prosperity in the wake of the Gold Rush, the album is aesthetically compelling as well. Fardon (1806-1886), arrived in San Francisco at age 43. He… 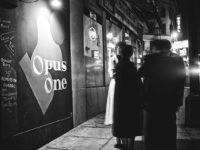 13 December 2017 0
Following in the footsteps of classic films like The Maltese Falcon and The Lady from Shanghai, veteran photographer Fred Lyon creates images of San Francisco in high contrast with a sense of mystery. In this latest offering from the photographer of San Francisco: Portrait of a City 1940 1960, Lyon presents a darker tone, exploring the hidden corners of his… 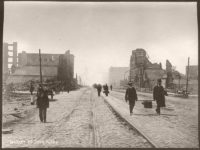 21 November 2017 0
The 1906 earthquake preceded the development of the Richter magnitude scale by three decades. The most widely accepted estimate for the magnitude of the quake on the modern moment magnitude scale is 7.8; values from 7.7 to as high as 8.3 have been proposed. According to findings published in the Journal of Geophysical Research, severe deformations in the earth’s crust… 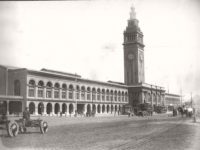 5 September 2017 0
By 1890, San Francisco’s population approached 300,000, making it the eighth-largest city in the United States at the time. Around 1901, San Francisco was a major city known for its flamboyant style, stately hotels, ostentatious mansions on Nob Hill, and a thriving arts scene. The first North American plague epidemic was the San Francisco plague of 1900–1904. 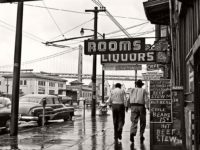 12 October 2016 0
With a landmark around every corner and a picture perfect view atop every hill, San Francisco might be the world s most picturesque city. And yet, the Golden City is so much more than postcard vistas. It s a town alive with history, culture, and a palpable sense of grandeur best captured by a man known as’san Francisco s Brassai.… 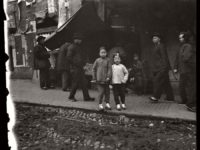 14 July 2016 0
Arnold Genthe (January 8, 1869 – August 9, 1942) was a German photographer, best known for his photos of San Francisco’s Chinatown, the 1906 San Francisco Earthquake and his portraits of noted people, from politicians and socialites to literary figures and entertainment celebrities.