A number of panorama shots were included among these photographs by Armstrong Beere and Himes, taken from the roof of the Rossin House Hotel, which together provide an almost 360 degree view of the City of Toronto as it existed in 1856. 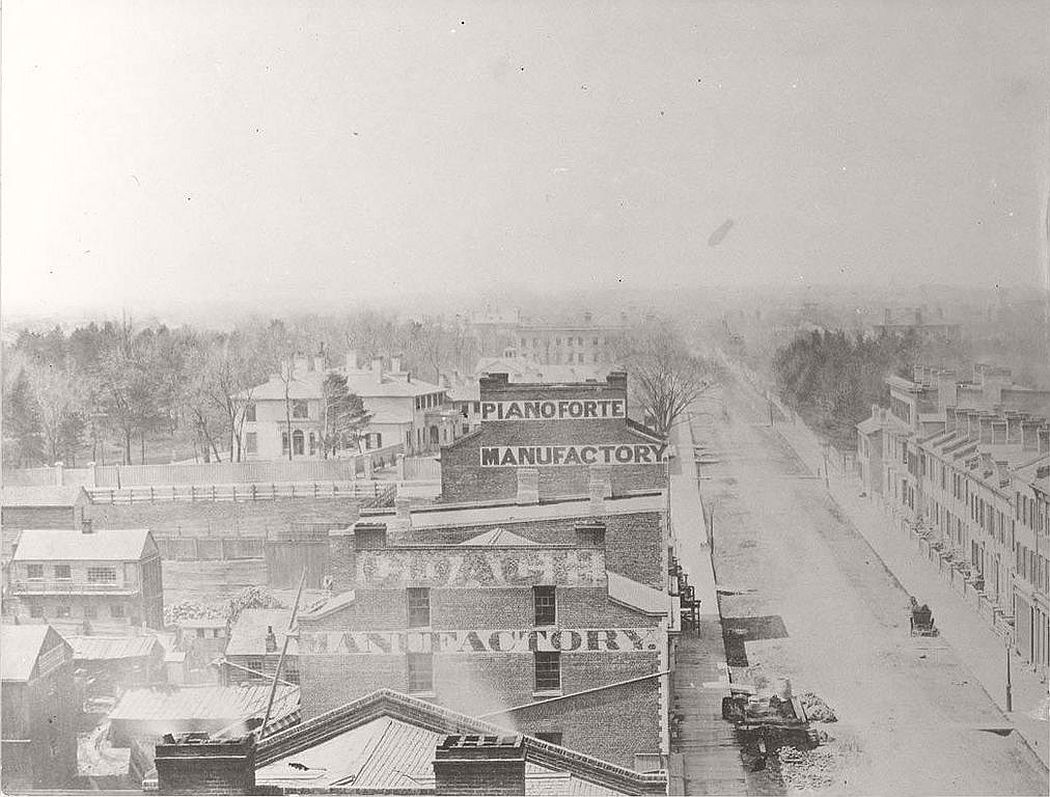 Toronto from the top of the Rossin House Hotel : looking west along King Street West. On the southwest corner of the intersection of Simcoe and King Streets stands the Second Government House of Ontario, also known as Elmsley House (Roy Thomson Hall stands on the site today). 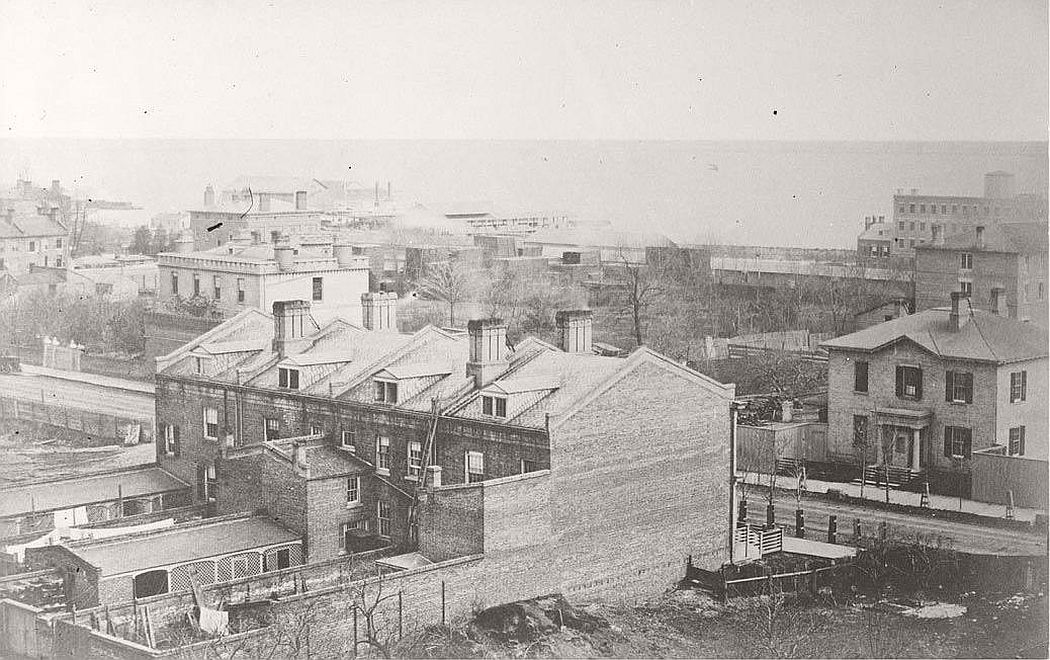 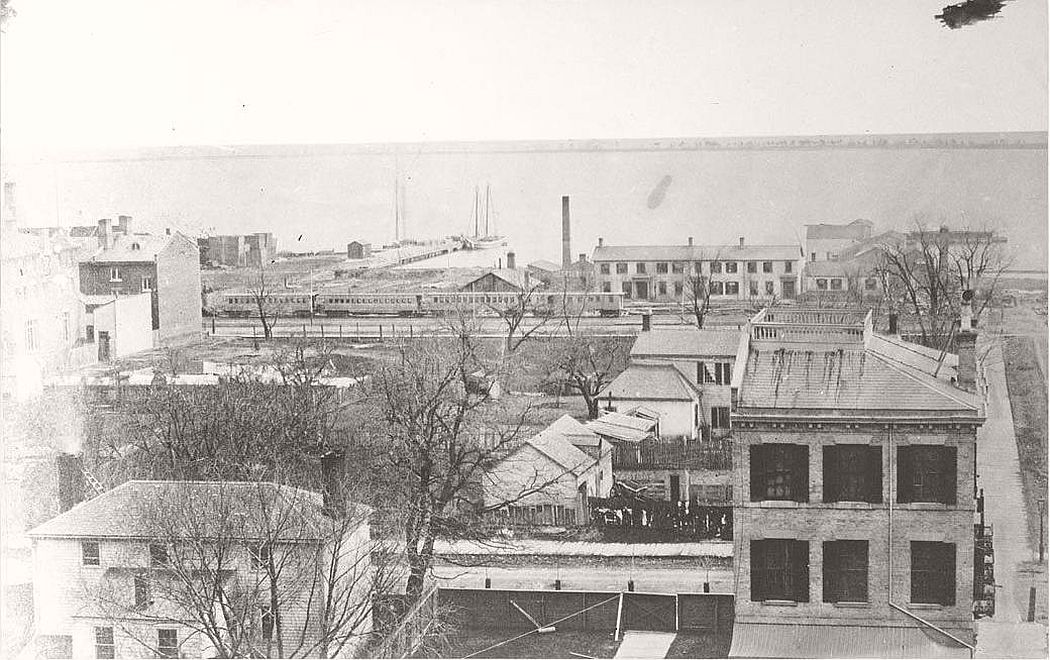 Looking south towards the Toronto Harbour. A train can be seen along the railway. 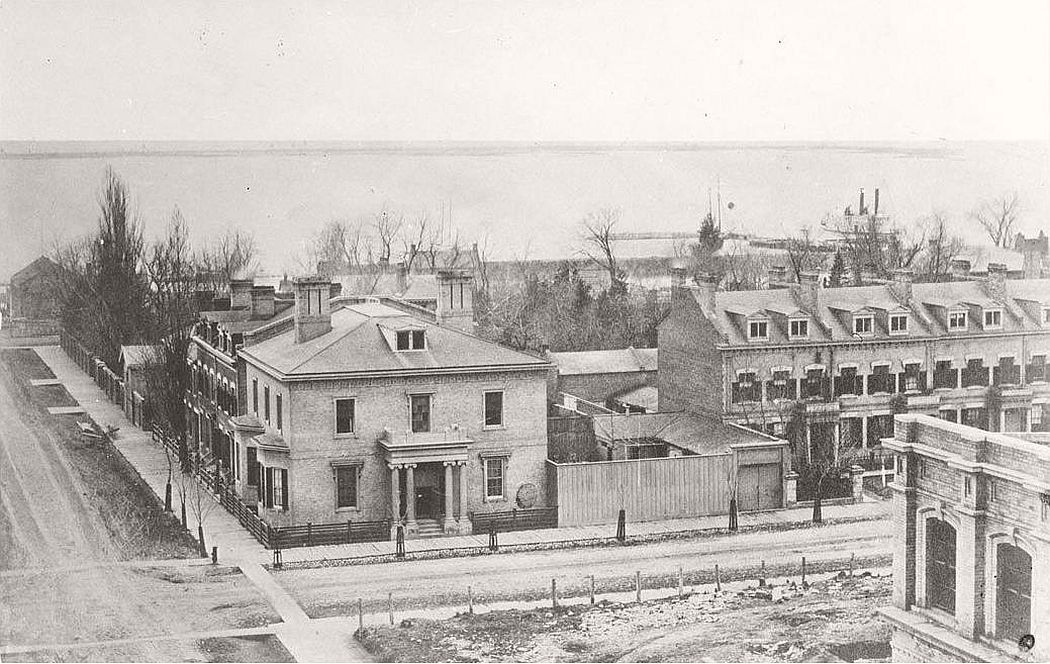 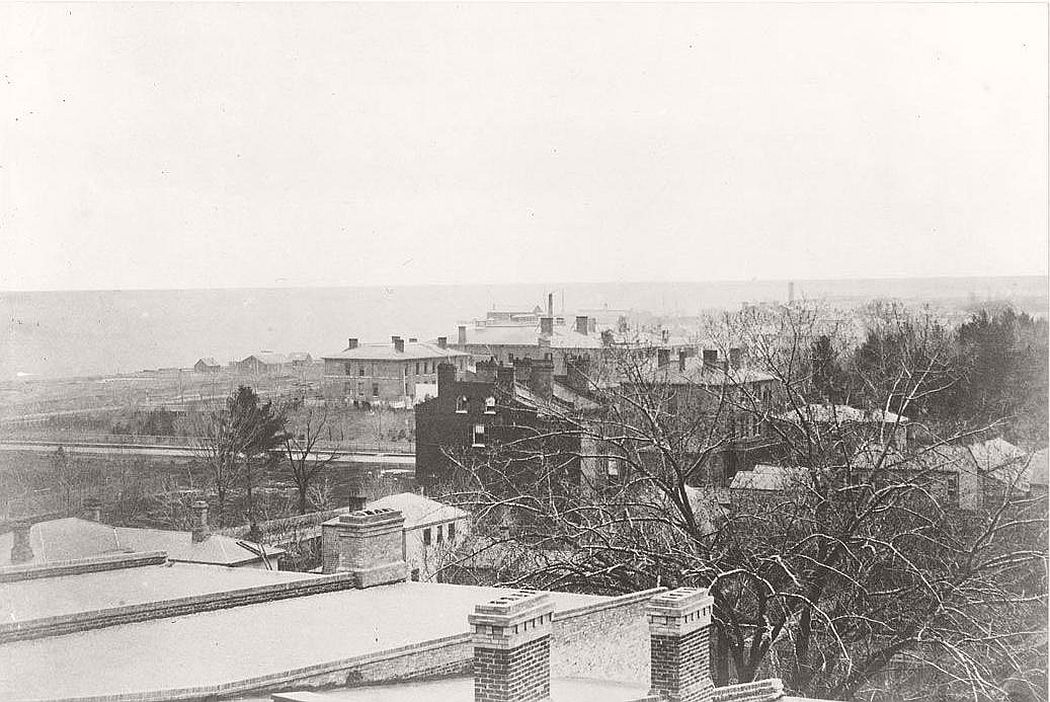 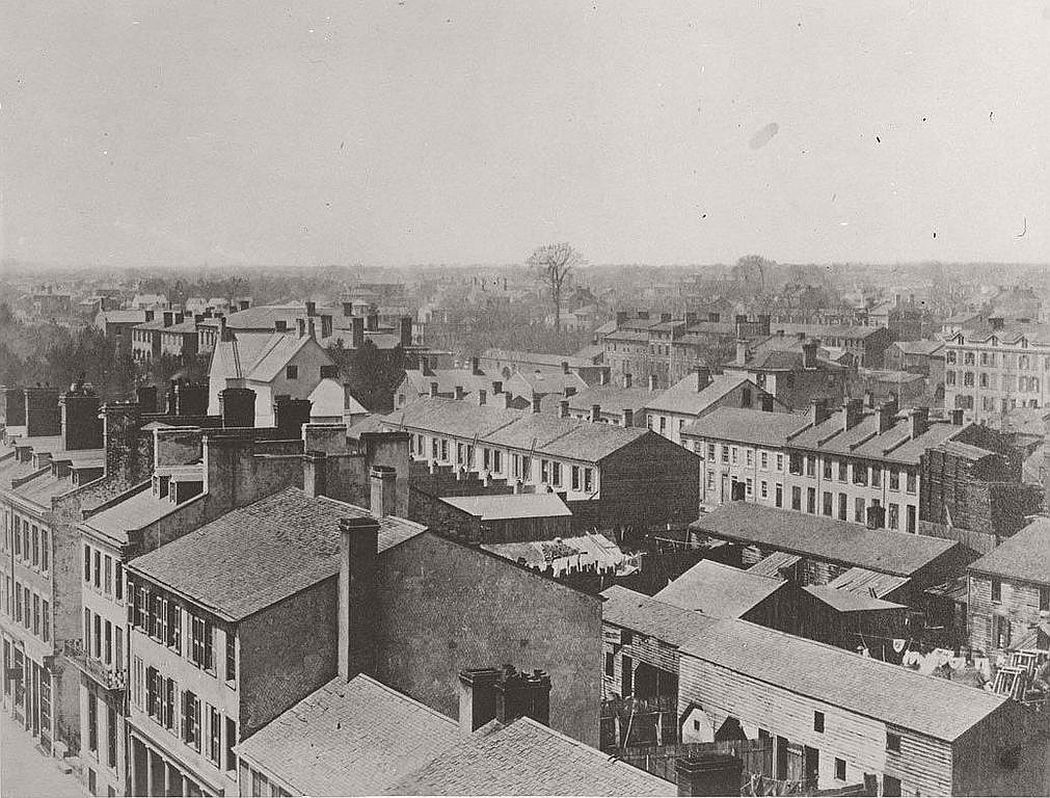 Looking west north west. At the right edge of the photograph, a building with a peaked roof line is visible – located on the northeast corner of Adelaide and Simcoe Streets, the building was known as the Bishop’s Block. Built in 1829, the Block was reputed to be the first brick homes in the Town of York. 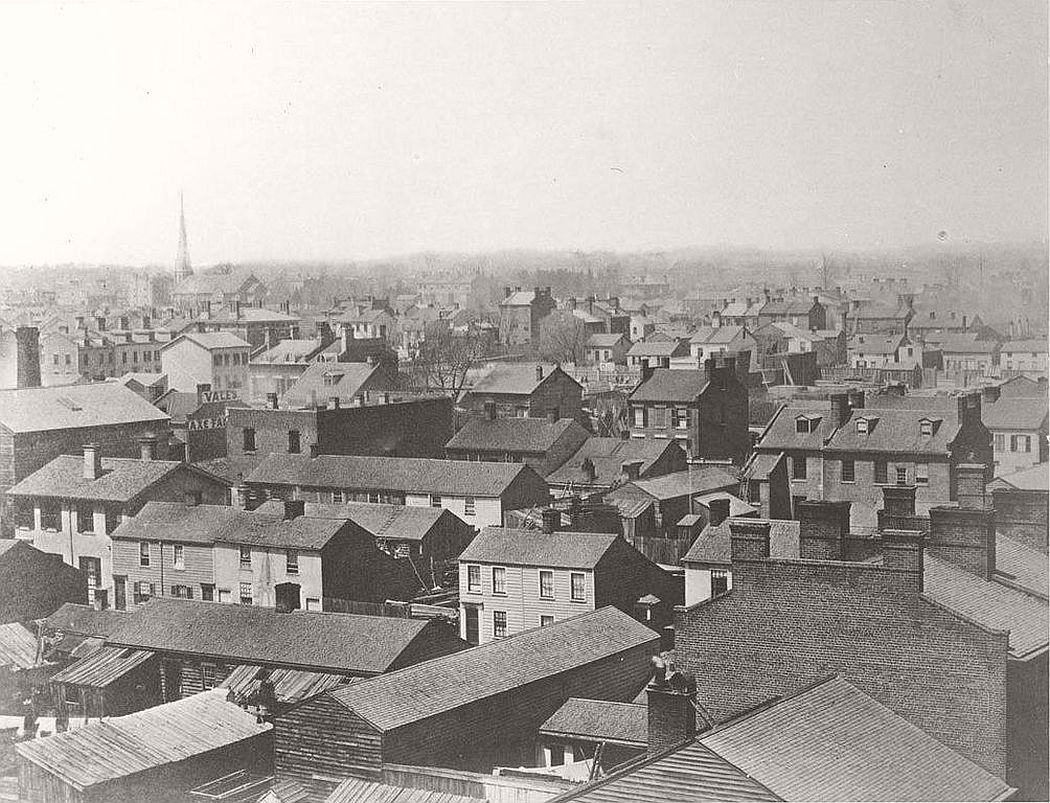 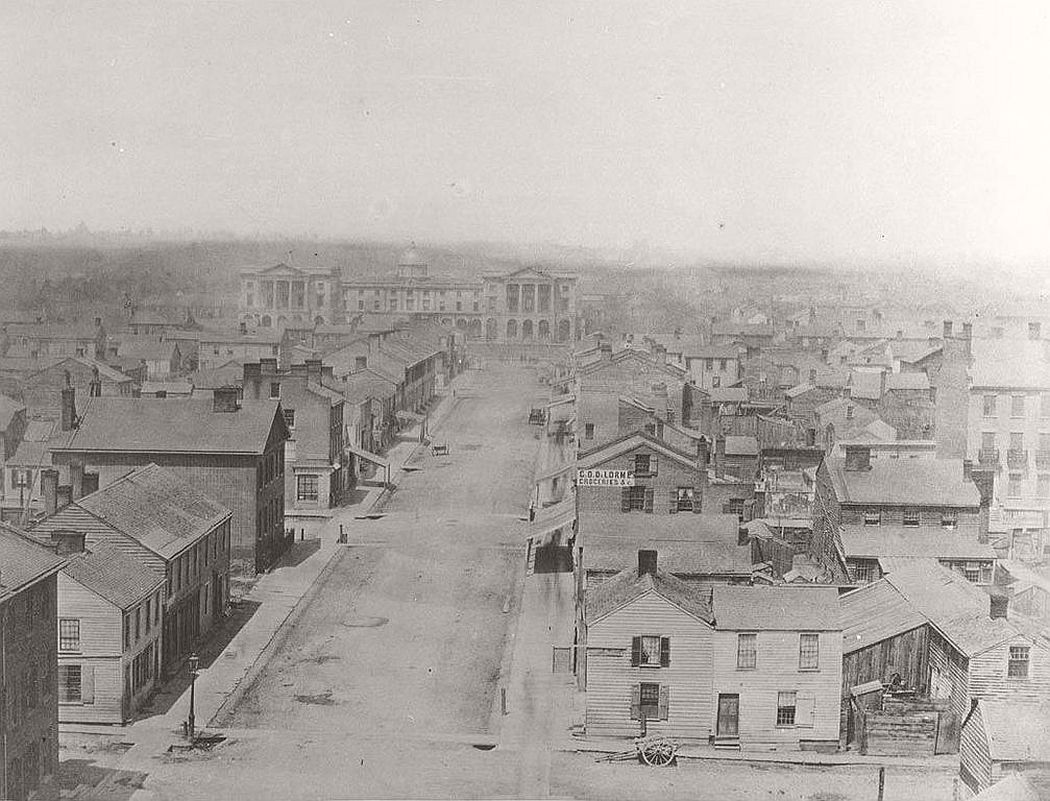 Looking north up York Street. Osgoode Hall is visible at the end of the street. 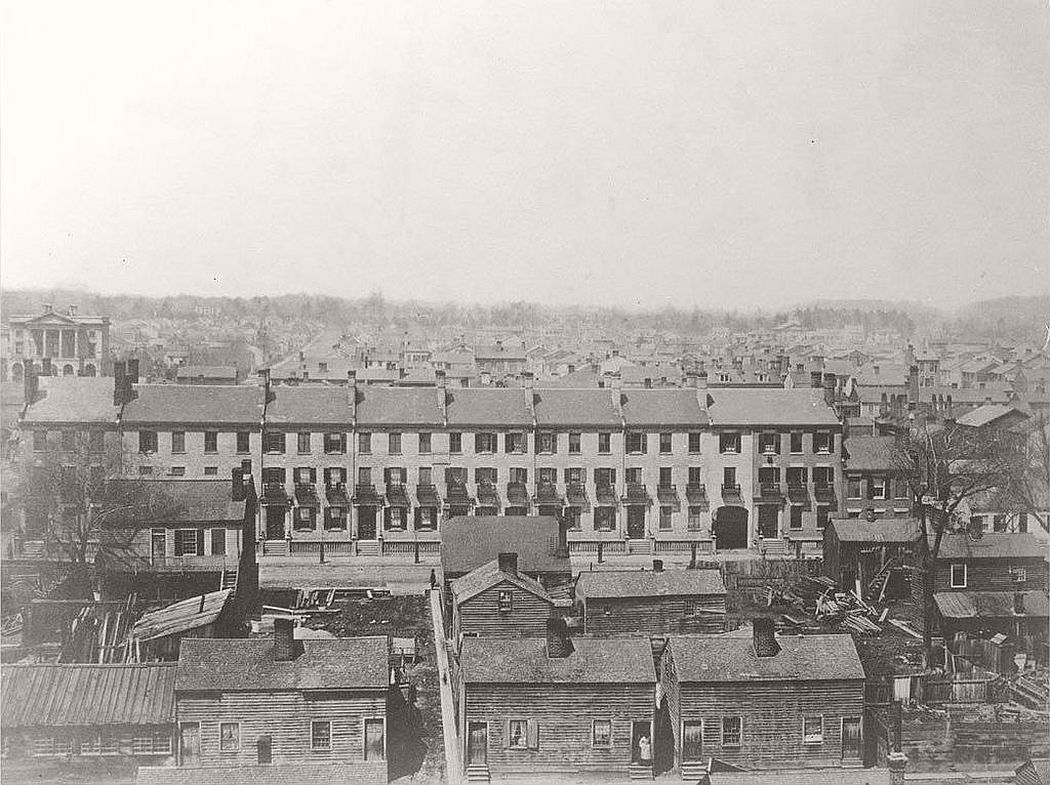 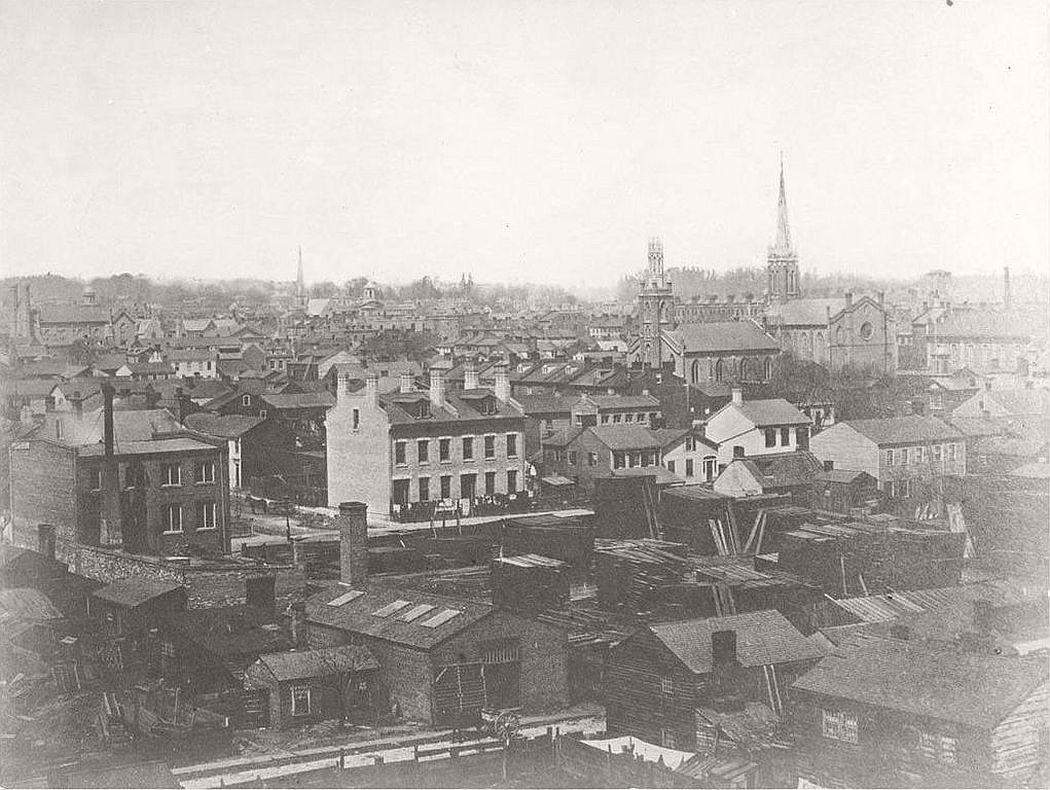 Looking north east. On the left hand edge one can see the Church of the Holy Trinity and in the centre can be seen the spire of the Toronto Normal School. Further to the right are group of churches, one which is Knox Presbyterian. 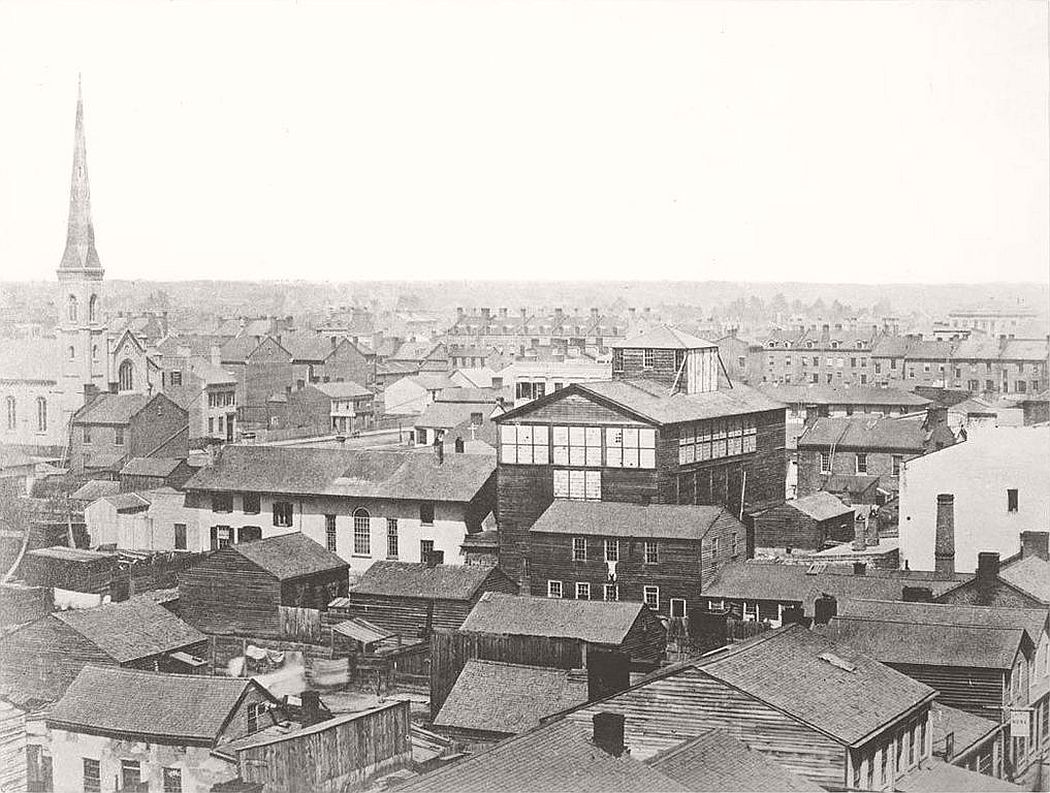 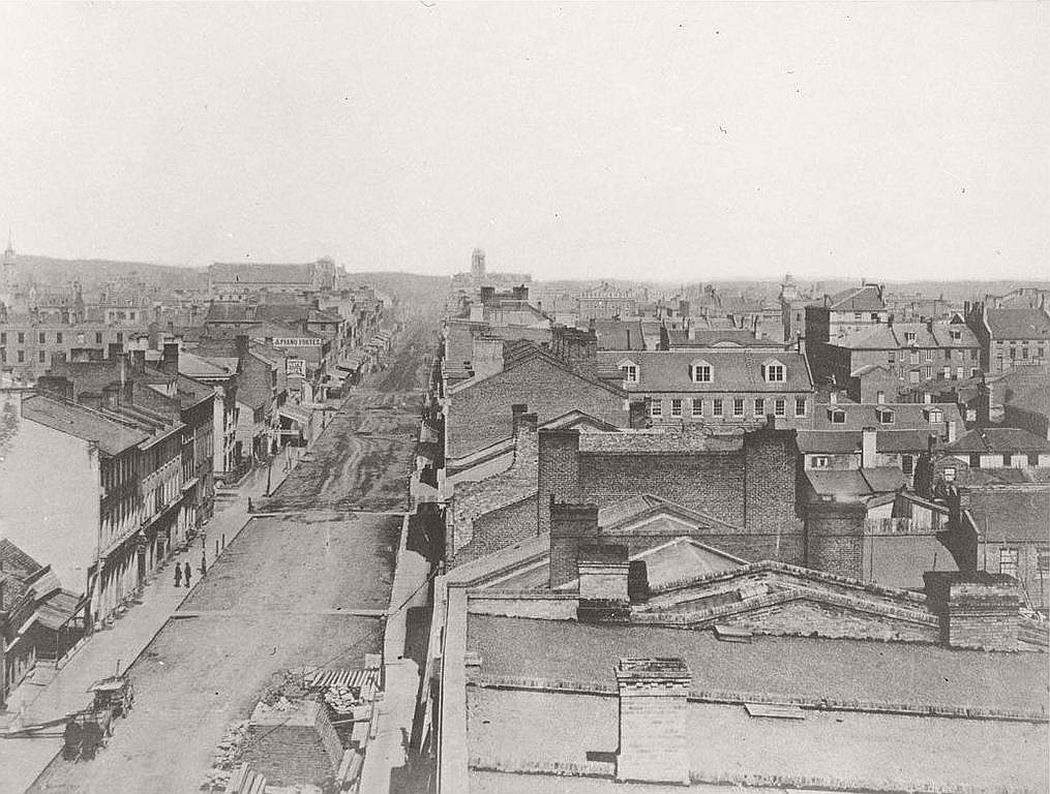 Looking east along King Street. On the north side of the street can be seen St. James Cathedral, which at that point did not have a spire. Across the street one can see St. Lawrence Hall. 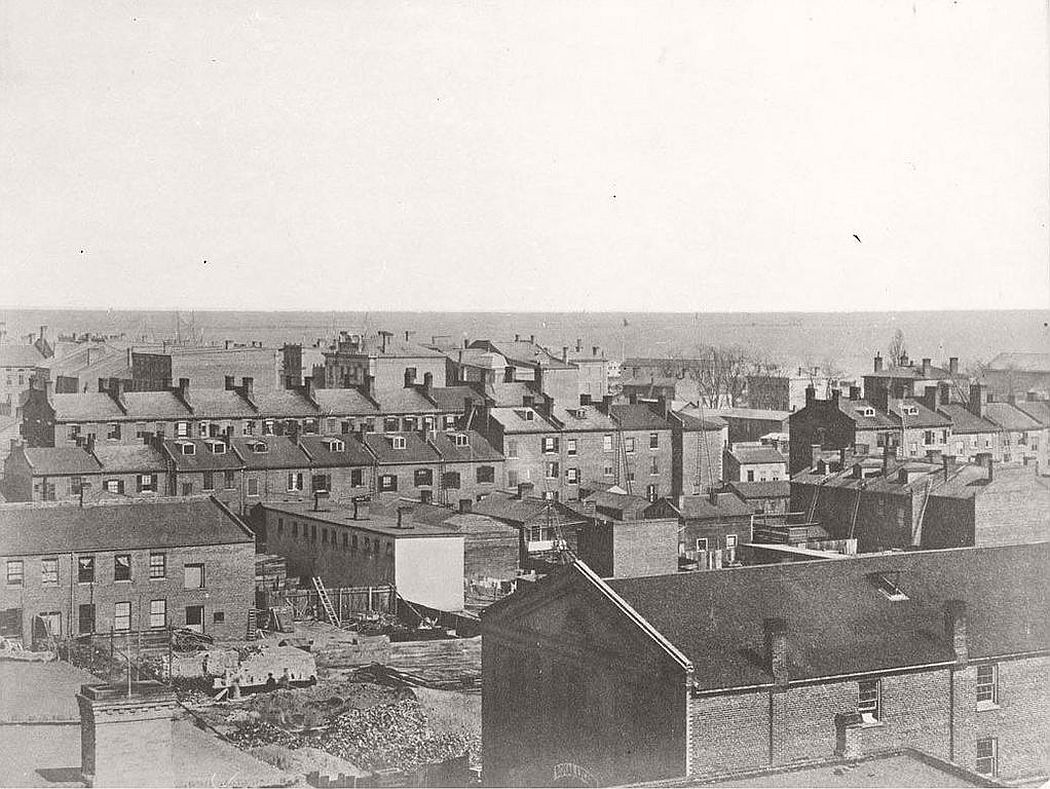