Throughout his career, Roger Ballen has pursued a singular artistic goal: to give expression to the human psyche—to explore visually, the hidden forces that shape who we are. In 60 black and white photographs a persona, Roger the Rat is created by Ballen, that is fundamentally archetypal even mythological, a half human, half animal character that has the capability to profoundly lodge itself in the mind of those viewing these images.

In this exhibition, Roger Ballen unveils a selection of uncanny photographs so completely different from his previous work, yet still with the unmistakable Ballenesque aesthetic. In true style to Roger Ballen, the photographs reveal a range of emotions from the comic to the tragic at the same time making a profound statement about the human condition.

Produced in Johannesburg South Africa over a five-year period from 2015 to 2020, Ballen creates and documents a quasi-person who lives an isolated life outside the mainstream of society surrounding himself with rats and mannequins that he collects from various locations. Friendless and deranged, Roger the Rat constructs a fantasy world with many of the lifeless figures communicating with them as if they were alive. In many of the photographs we can view the impressive creations of “Roger the Rat” sometimes figures dressed in complete likeness to himself and at other times with objects, animals, and drawings in a “Ballenesque” style that express black humour, a theatre of the absurd. A video about this theme will also be presented during this exhibition.

Roger Ballen (born 1950 in New York City) and living in South Africa since 1982 is one of the most important and original art photographers working today. He is best known for his probing, often challenging images that exist in a space between painting, drawing, installation, and photography that is commonly referred to a “Ballenesque”. His photographs and films have been shown and collected by some of the most important museums and his many books have contributed to the field of art and photography. 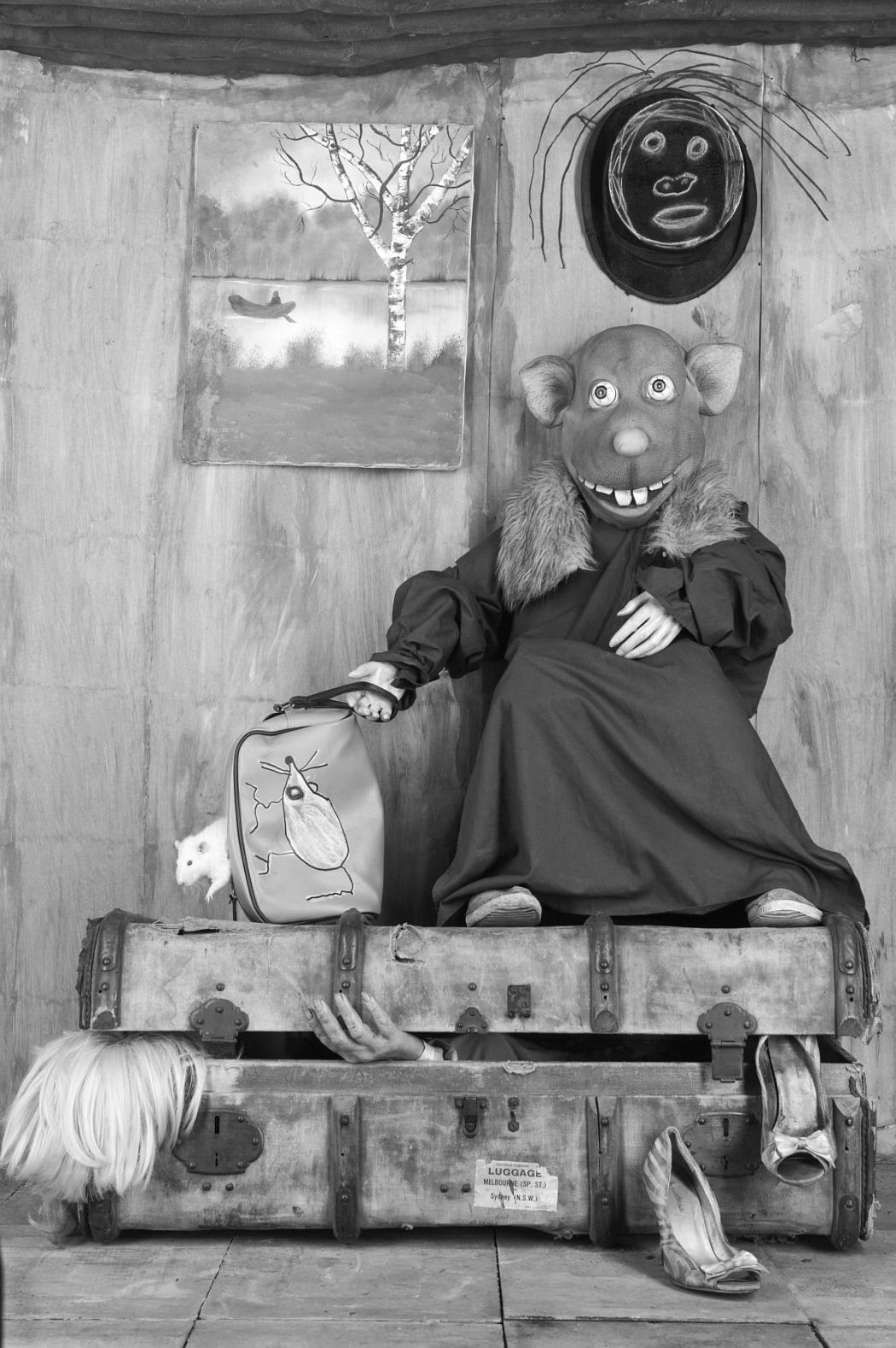 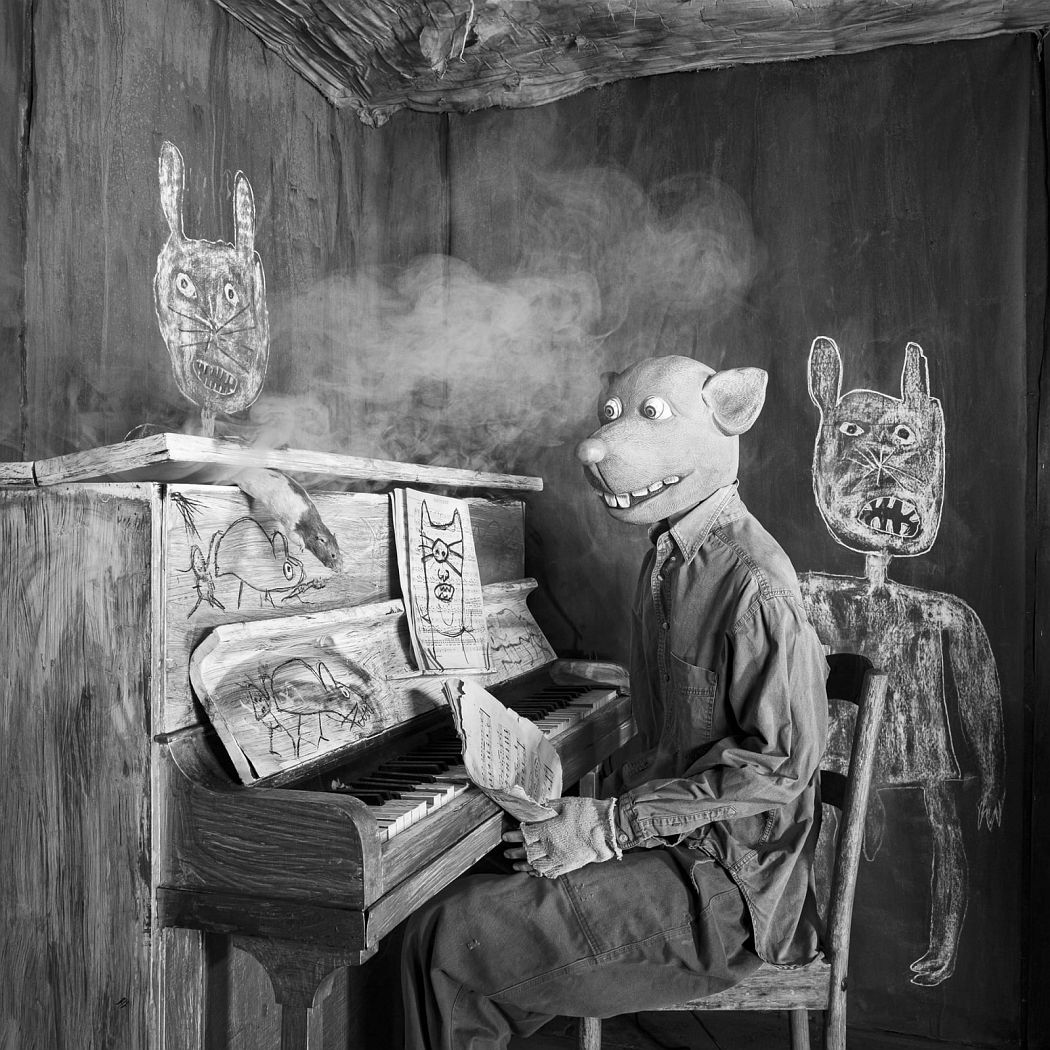 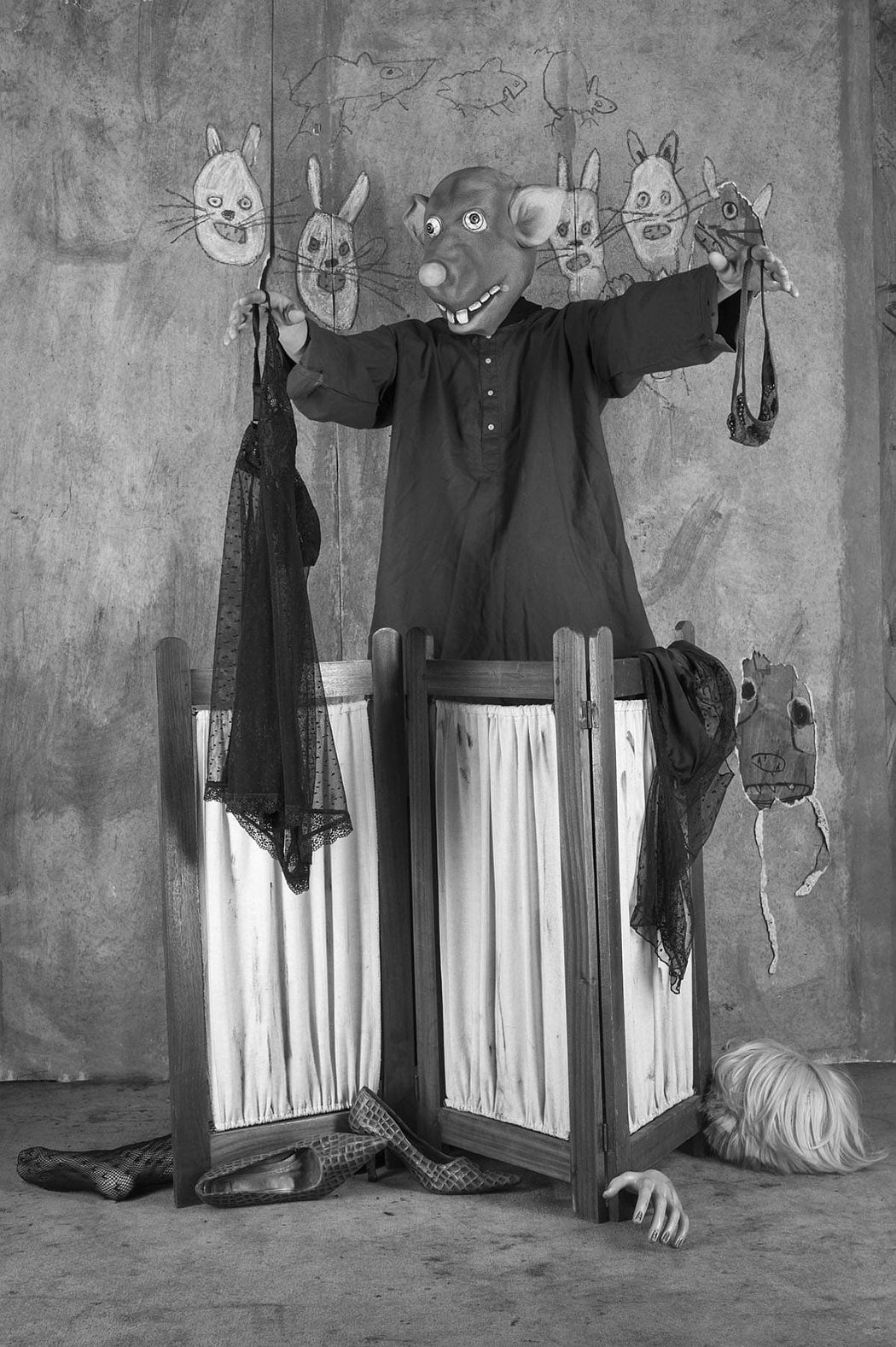 Roger Ballen: Stripped, 2018, from the series “Roger the Rat” 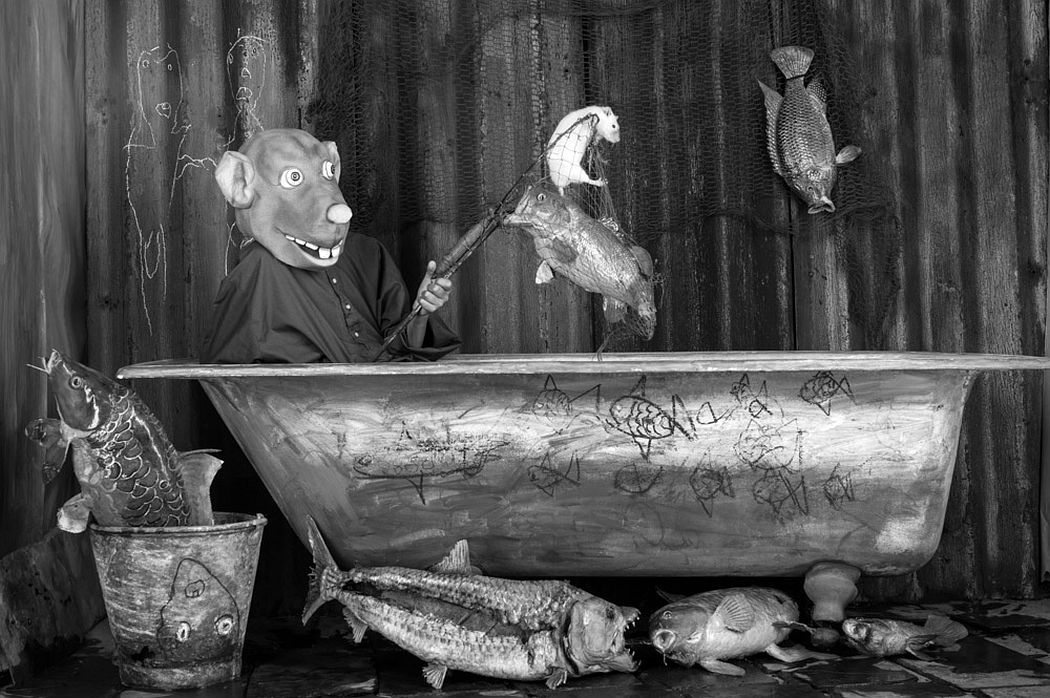 Roger Ballen: Jackpot, 2016, from the series “Roger the Rat”